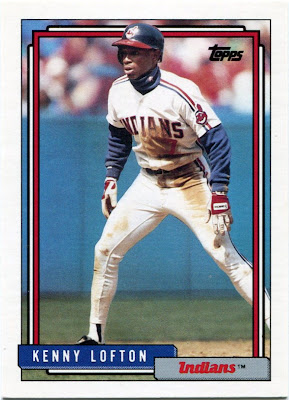 A lot of my writings seem to run through phases.

Although I try to keep things as random as possible around here, I have been known to have a one-track mind at times.

In some instances, the topic at hand dealt with the game of baseball itself. I've devoted quite a few posts lately to the topic of uniforms lately. Unfamiliar uniforms, throwback jerseys, you name it. I've just had it on my mind in recent weeks.

Yet, other times, the theme has absolutely nothing to do with baseball. Like right now, for instance.

Try as I might, I just can't seem to get the concept of movies out of my head.

Due to my love for baseball, it's no secret that many of my favorite movies revolve around the game. A few of the cards I own even manage to conjure up images of a few of my favorite scenes from those films.

Between the dirty uniform and those late '80s/early '90s Indians uniforms, I can't help but think of "Willie Mays" Hayes in the final scene of Major League whenever I see this Kenny Lofton card.

I hope I'm not the only one.

Still, when the film at hand is about baseball, then it's fairly simple to project certain scenes onto a few of my cards.

But, as hard as it might be to believe, a lot of my other favorite films have nothing to do with baseball.

Still, I couldn't help but think which of my cards would best represent certain characters from those movies. Characters that have absolutely nothing in common with the sport.

While it's changed a bit since I originally unleashed it onto the blogosphere, my "Top 25 Movies" list has changed in recent months. However, all the movies I'll be referencing tonight are still a part of those twenty-five.

The one we'll start with is actually my second-favorite movie of all-time.

Next to The Sandlot, of course.

Okay, so maybe Ferris Bueller's Day Off has a little to do with baseball.

A small part of their epic ditch day involves a trip to Wrigley Field, complete with a "Save Ferris" display across the famous sign just outside the stadium.

I'm betting most of you have seen this magnificent flick in the past, so I doubt I need to go into much detail about it.

So, which big-leaguer seems most like Mr. Bueller here? 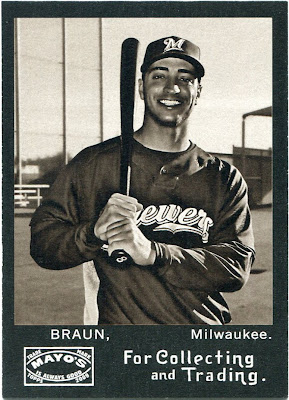 After a bit of deliberation, I landed on Ryan Braun.

From what I've heard of him through interviews and such, he seems like a cool and collected type of guy.

I'm guessing many of his classmates in high school thought he was a "righteous dude" as well.

Still, at the end of Bueller (spoiler!), he basically gets away with everything. Ditching school, grand theft auto, all of it.

While it's the perfect ending to such an awesome film, I'm not sure how well it'd go over in the world of baseball.

At first, I truly believed Braun was innocent of any wrongdoing during last year's big PED scandal. Others apparently thought so as well, seeing as how he got off scot-free.

Now, after a second link to banned substances this off-season, I'm not so sure. I guess I'm still a fan of his, but I'm probably a bit more of a skeptic now.

Although I'm infinitely glad that no sequels were made after the original Bueller, part of me wonders whether his actions would've ever caught up with him.

Animal House was probably the first R-rated movie I ever watched.

I think I was in sixth grade at the time. My parents were pretty good when it came to that sort of thing. Despite its sort of "adult" premise, it has been one of my favorites for a long time.

Ever since sixth grade.

If you watch closely, you'll notice that John Belushi's "Bluto" character doesn't have all that many lines during the course of the film.

Yet, even with the likes of Otter, Pinto, and D-Day, he's probably the most remembered of all.

I very nearly chose the character of "Flounder" for this post.

In the end, though, the choice for Bluto was so much more simple. 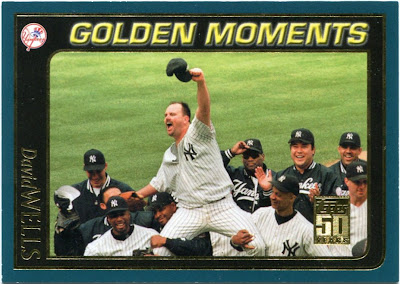 David Wells pretty much is the baseball version of Bluto.

It wouldn't surprise me if he had a 0.0 GPA in college.

I've heard that he might have been hungover during his famous perfect game in '98. If that's true, it probably wasn't the first time.

Wells seems like the type of guy who would give Bluto's famous advice to a fellow teammate.

"My advice to you...is to start drinking heavily." 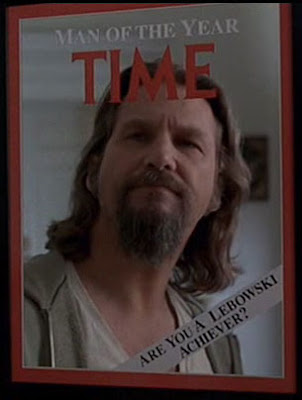 I'd bet I've mentioned The Big Lebowski more often than any other film in this blog's history.

I've personally found it to be the most quotable movie in cinema history. Although most of the lines probably wouldn't be appropriate here.

As it stands, The Big Lebowski is probably tied with Bueller as my second-favorite film. Aside from The Sandlot, I've probably watched it more than any other movie in my lifetime.

To tell you the truth, I wanted to make Walter the Lebowski representative for this post. As much as I tried though, I just couldn't think of a baseball-based likeness of his.

I don't know that any ballplayer would have the nerve to pull a firearm during league play.

As far as "The Dude" goes, I narrowed it down to a few different options.

Bill Lee and Mitch Williams were a few of my final candidates. 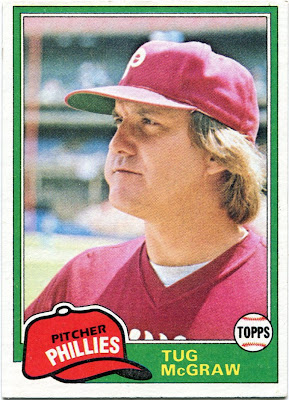 ...I had to give Tug McGraw the honors.

I can't put my finger on it, but just something about him seems very dude-like.

Maybe it's the hair. Or perhaps it's the insistence that people refer to him by a nickname, much like "The Dude".

I've never heard anyone call Mr. McGraw by his actual first name. (It's Frank, by the way.)

He was "Tug" to the baseball community.

And I doubt he liked the bleepin' Eagles, either. 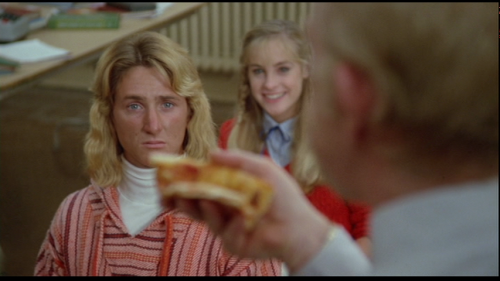 The entire basis for this post lies with Fast Times at Ridgemont High.

This "movie match-up" idea came to me during yet another viewing of the film this past weekend.

Specifically, it specifically hit during Spicoli's famous "pizza scene". (And, yes, if I'm here and you're here, that does make it our time.)

While the movie would probably be a "Top 25" candidate without Spicoli, his presence makes it a possible "Top 15" nominee. He brings the whole thing together for me.

I could've very well chose a Josh Hamilton card for this post. Any time I see him pop up on a highlight clip or something, I can't help but think of Spicoli's famous "All right, Hamilton!" line.

As it happens, though, this wasn't too hard of a choice for me. 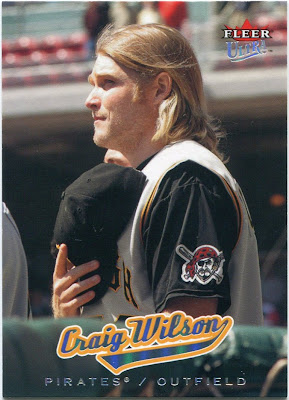 This one just screams "Spicoli".

It's the hair, most definitely. Plus, Craig Wilson is indeed from California, where the setting for Fast Times is set.

For the record, I'm not sure who would make for a good Damone card. I think Tony LaRussa might be a good fit for Mr. Hand, though.

Looks like I have some more research to do. 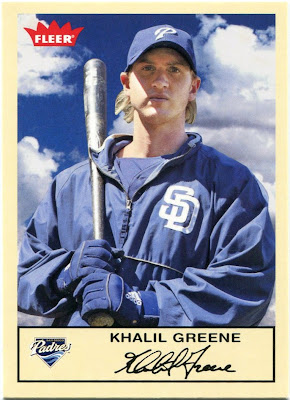 Actually, after looking at it a bit more, I think Khalil Greene is the better Spicoli candidate.

I'll let you decide for yourself, though.
Posted by Nick at 6:34 PM

Nice post! I thought you were going to go with Jeff Weaver as Spicoli.

My mother's hairdresser went to Braun's high school in the Valley and even went out with him once. Email me if you want an inside scoop of Braun the high schooler. Seriously.

Braun's guilty. He used PEDs - didn't need him showing up on a 2nd list to prove that.

I almost flipped my lid when Khalil didn't get the Spicoli nod, but glad to see that he was the runner up.

Yeah, after spending a little more time digging through my Khalil Greene cards, I think he's the better Spicoli candidate.