Covering the Bases, Pt. 4: The progression of A&G 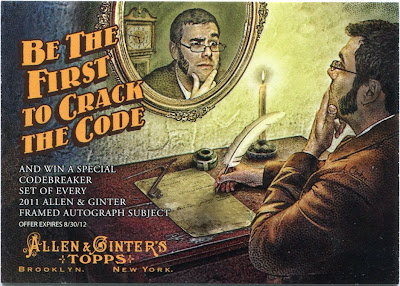 Looking back, I can say that 2006 was one of the more groundbreaking years of my life.

In June of that year, I graduated from grammar school. Just three months later, I stepped my freshman feet into high school for the first time.

What a journey that turned out to be.

At the same time, 2006 turned out to be perhaps the most game-changing period of my collecting career as well. After a year or so of collecting nothing but hockey cards, I decided to drop that title and become an exclusively baseball-minded hobbyist.

I have nothing but respect for hockey collectors. And, although I no longer collect the cards, I do still have a great deal of ties to the sport.

But, in the end, I definitely think I made the right choice by switching to baseball.

As it happens, 2006 was quite the banner year for Topps as well. After all, it was the season in which they unleashed one of the greatest brands in hobby history onto the market.

I remember that initial A&G craze well. Everyone in the hobby seemed to be talking about it. I don't think I heard a single dissenting voice toward the product.

A&G is still going strong seven years after the fact. Next to Flagship and perhaps Heritage, it's the most consistent force in the hobby right now.

While I can't say I'm still a devoted A&G "fanboy" these days, each season has brought something new to the table.

So, just how would I rank each individual set? 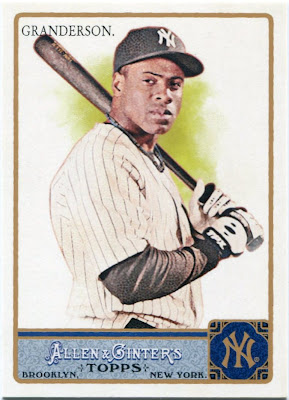 Let's get something straight right now.

There has yet to be a bad year of Allen and Ginter.

Although I can usually find something to like within each individual A&G design, 2011 brings up the rear in that department. The brown borders just don't do it for me.

While I did like the inclusion of "Wee Man", A&G's 2011 checklist marked the demise of the neat non-baseball subjects that had made past releases so fun.

For an old-timey set like this, the photography doesn't really matter all that much. However, after browsing through them a bit, the photos in 2011 seem a bit fuzzier than the norm for A&G.

But I wouldn't say that 2011 was a bad year for the Allen and Ginter brand.

It just wasn't anything to write home about. 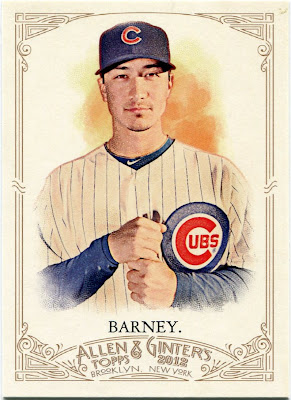 I heard quite a few extremely positive reviews of A&G when it hit the shelves last year.

Sorry, but I just didn't see it.

I rated it as merely an "average" set, at least by A&G's standards.

It seems like the base card borders have been getting more and more extravagant in recent years. As it happens, 2012's were the most "flashy" of all.

To me, that's a definite step in the wrong direction.

A&G doesn't need any of that to supplement its product.

On top of the border issue, I'd like to see A&G take a page from Heritage and cut back on its insert selection. I don't need ten thousand different ones to choose from.

And I especially don't want to chase those gargantuan 100-card insert sets that have become the norm lately. While I liked the overall themes of the "This Day in History" and "What's in A Name?" series, Topps went way over the top with each.

As far as I'm concerned, A&G is in need of a massive overhaul these days.

Because of that, it's no coincidence that the most recent releases bring up the rear in this countdown. 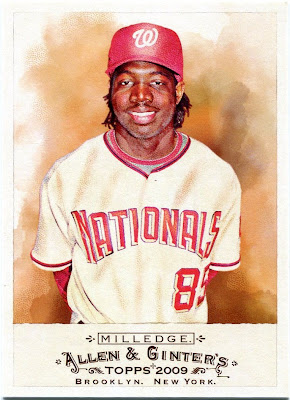 The last two sets were the only "mehs" in A&G history.

Everything from here on out was a definite success for Topps, as far as I'm concerned.

Overall, I can't say that A&G's design in '09 was one of their best. Personally, I think it took a little away from the overall feel of each card.

However, if this one of Lastings Milledge is any indication, the "cloud of smoke" background was bigger and better than ever at the time.

And, although I really shouldn't, I do enjoy the additional "background noise" on these.

It certainly makes for some stand-out binder pieces. 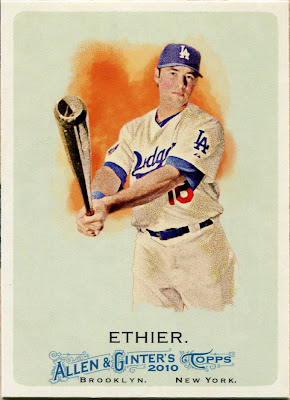 Unfortunately, I'm not sure Topps will ever produce another "game-changing" A&G set ever again.

Until then, I guess I'll have to relive their past glories. In the end, I guess that's what this post is all about.

I'm not sure what others think of it, but I really liked A&G's 2010 release. Despite all the Strasburg-mania that surrounded it at the time, I couldn't get enough of it.

As it turns out, 2010 was the last great year in terms of the non-baseball selection. Today, A&G gives the collector Jim Nantz and some video game "professional".

In 2010, though, Topps managed to add the first Machiavelli and Copernicus cards to my collection.

And, of course, who can forget the legendary Revolving Door?

All things considered, 2010 A&G was indeed a return to its roots.

As you'll soon see, those "roots" had quite a lot to offer. 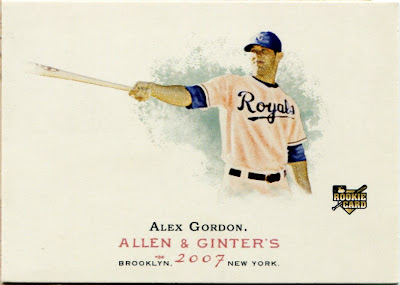 I've always thought that A&G's first three releases were far and away their greatest.

To the untrained eye, they look almost exactly the same. Topps changed very little during the first three years of A&G.

That's what made them so terrific, though.

Most sets need a constantly changing formula to be successful. Given the number of different designs we've seen over the past decade or so, Flagship is a prime example of that.

A&G is one of the rare exceptions.

This magnificent Alex Gordon piece is one of the better cards A&G has ever produced.

Bask in its glory. 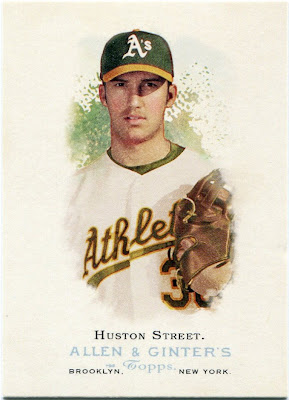 In the end, my reasoning behind choosing '06 over '07 was pretty simple.

Other than that, though, they basically have equal standing in my collection.

But, yes, 2006 was indeed the starting point in A&G's hallowed history. I bought packs and packs of the stuff when it hit the shelves that year.

In fact, all these years later, I still have an empty 2006 A&G blaster on display in my room.

While I don't think anyone could've predicted its long-term impact on the hobby, I definitely think the people at Topps knew they were hitting a "home run" when they created the A&G concept.

Without 2006 A&G, we probably wouldn't have seen the resurgence of other "old-time" sets like Topps 206 and Gypsy Queen. Now, whether that was beneficial for the hobby is another debate altogether.

Still, I think it's safe to say that A&G is the most influential brand we've seen in the last decade or so.

That honor goes to... 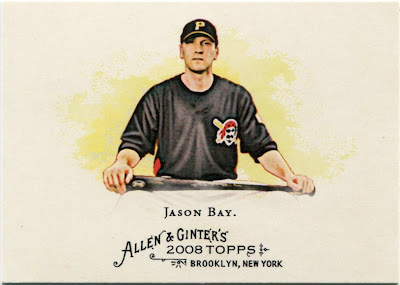 This wasn't just the greatest A&G set ever.

It was one of the greatest sets ever.

A couple retail breaks convinced me to buy a pricey hobby box of the stuff at a card show that year. Given the overall "low-end" concept of this blog, that should tell you just how much I loved 2008 Allen and Ginter.

In fact, it may well be the closest thing I've seen to the perfect set during my time in this hobby.

That's not an exaggeration, either.

I still stop and stare whenever I come across anything from 2008 A&G in my binders.

I just can't help it.

To me, this is what Topps should shoot for with A&G these days.

That's what would make me happy.
Posted by Nick at 2:17 PM

Although I haven't completed any of the A&G sets, I am closest to 2008. So apparently I agree with your assessment.

2008 is my favorite, but while I have preferences, I don't think there's a lot of difference between all the sets so it's tough for me to rank them.

2012, though, with its hatred for inanimate objects, would get the boot first for me.

personal ranking off of design, mini non-baseball insert set subjects, and overall fun of opening a box (only haven't opened a box of 2006):

I understand why A&G works for most people, but it just never clicked with me.

I don't think it was THAT much of a game changer either. Heritage started in 2001 and Topps 206 started in 2002, so retro was already in full swing. Although A&G did take it a step further.

Oh man, I graduated high school in '06! Now I feel old and all my joints hurt...

But A&G gets all my acclaim au contrair the Gipsy Queen. Cannot see much interest in that set..