Faces of the blog 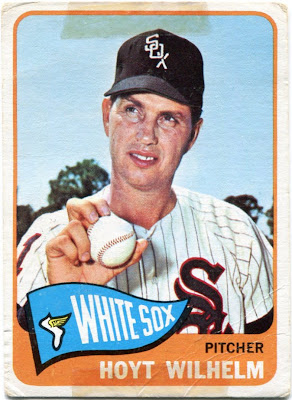 I've been considering making some design-related renovations to the blog lately.

Don't worry, though. I won't be touching the "dime box" background one bit. Personally, I think it's the perfect backdrop for a blog like mine. Plus, it has basically been with me since the beginning.

That's staying for the foreseeable future.

No, what I've been considering lately is adding a grand "banner" to the top of this page, much like the cardboard-galore collage that can be seen on Night Owl's and a few other blogs around here.

Now, I have absolutely no idea how to set up or design one of those things, but I'm thinking about looking into it.

As it happens, my "banner" thoughts posed a question to which I'd never given much consideration before.

Just who are some of the "faces" of this blog's history?

I try to interweave as many different cards as possible into my writings. I try to give equal representation to all thirty teams. And, as is the "dime box way", I try to keep things as random and diverse as possible.

Yet, despite all that, quite a few players and specific cards have been given more "airplay" throughout this blog's history.

Although I haven't written any new "episodes" for a while, the fact that I devoted an entire theme to Hoyt Wilhelm should say how much I enjoy the guy's cardboard.

Given the fact that he's the subject of probably my absolute favorite player collection, I'd have to imagine that the Hoyt-ster is one of this blog's "faces", without a doubt.

It'd be tough to pick a single card of his to feature on a banner, but I'd definitely give his '65 Topps piece some serious consideration.

After all, it prominently features the very knuckleball grip that made him famous.

The fact that it's all captured inside my all-time favorite Topps design doesn't hurt, either. 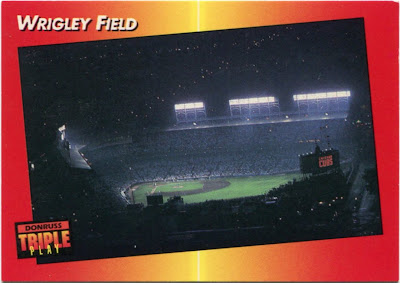 While I love the many "team blogs" out there, I decided long ago that this blog wouldn't be one of those.

Despite that, however, my Cubs bias still tends to come across in quite a few of the posts I compose. I'm sure most of my readers have noticed that by now.

Naturally, then, I guess I'd have to feature some type of Cubbie-centric card in a "banner" for the blog.

I'm not sure about you, but I personally can't think of a better one than this stunning Wrigley Field shot.

While there are many other neat Wrigley cards out there, this one has always stood alone in my collection.

And it always will. 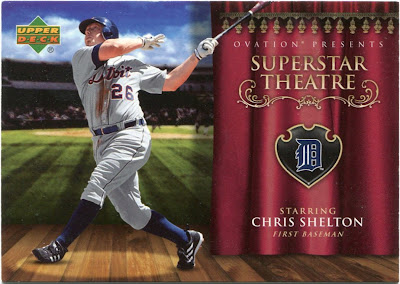 Now, I probably know what a lot of you are thinking right about now.

One of my personal favorite posts from this blog's history involved my take on the whole "Lin-sanity" craze that was sweeping the sports world at the time.

I personally felt that Mr. Lin would peter out fairly quickly. I don't follow the NBA, so I'm not sure how true my predictions turned out to be.

In that post, I compared the likes of Lin to a one-time baseball "underdog", none other than Chris Shelton.

He had an unbelievable month in April of 2006, taking the MLB by storm at the time. Everyone thought the out-of-nowhere Shelton would be the "next big thing".

Hence, his inclusion in this rather fancy-schmancy "Superstar Theatre" insert set, I guess.

Well, as you probably know, Shelton didn't live up to the hype. All the people who dropped big money on his rookies were left with nothing.

Despite the fact that his fifteen minutes of fame have long been over, I've always granted the guy a special place in my collection.

He is exactly the type of "Dime Box MVP" that I love to collect. I have plucked quite a few of his cards off of the dime box "scrap heap" in the past.

In a way, the story of Chris Shelton is what this blog is all about. 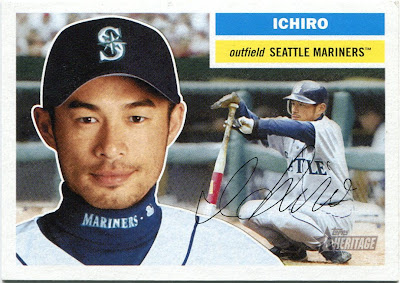 In terms of sheer numbers, two of my player collections really stand out.

I'd have to go back and check for certain, but I'm pretty sure that I recently eclipsed the 450-card barrier with Ichiro.

I guess that makes sense, though, considering that he is my favorite active player these days. That alone would make him a prime candidate for a place on this blog's banner.

Despite his "star" status, you can find a fair share of Ichiro cards within the dime box depths. I always seem to come home with a stack of new ones after a card show.

Still, the amount of Ichiro cards I own is nothing compared to this guy... 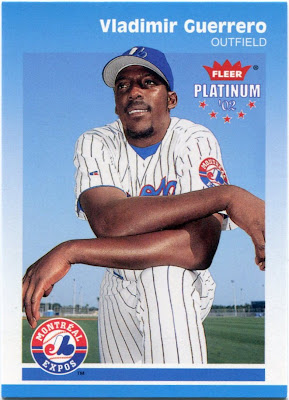 Again, I'm not sure on the exact numbers of my Vladimir Guerrero collection.

But I'm fairly certain that I'm nearing the 650-card mark.

Although I don't keep specific stats on the subject, I can tell you that I've found more dime box cards of Vlad than any other player in the history of baseball, including the masterpiece you see above.

I'm not exactly sure why he continues to be relegated to the world of dime boxes. The guy was a flat-out star.

I'm not complaining one bit. 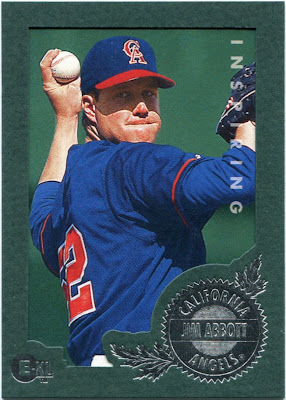 In selecting a few "faces" for this blog, I think I'd have to pick a few guys who have inspired me on a personal level.

Jim Abbott is one of those guys, without a doubt.

Even the folks in charge of the Emotion brand thought so.

The fact that he established himself as a successful major league pitcher despite being born without a right hand is one of the more amazing feats in baseball history.

Most of you probably know Abbott's story by now, so I probably don't have to go too much further into it. But I would recommend reading his new book if you haven't already.

Safe to say, Jim Abbott continues to inspire me on a daily basis. 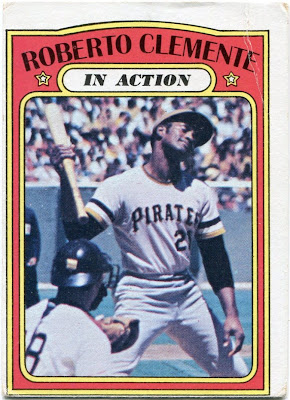 As far as inspiration goes, though, Roberto Clemente stands alone.

I'm not sure any player is more deserving of a place in this blog's banner than him. In fact, one of my very first posts was dedicated to his honor.

The game of baseball would not be the same today without Clemente's heroics, as he largely paved the way for the influx of terrific Latin talent we've seen in the recent game.

And, of course, the fact that he tragically passed away trying to help others in need is perhaps the most important aspect of his legacy.

Although he'd probably be one of the last guys you'd expect to turn up in a dime box, I do find them every now and then.

The only reason Clemente isn't my prime player collection is because his stuff is so darn expensive.

However, I am proud to say that I have a few nice vintage pieces of his in my collection. This '72 "In Action" card has been with me for what seems like forever.

It's one of the greatest cards ever made. Although I'm not an avid George Brett collector, this card is definitely a "face" of this blog.

I've shown it on a number of occasions.

Even though I love the '75 set, I never planned on owning a copy of Brett's iconic rookie. As neat as it was, I just didn't see myself plopping down the bucks it took to acquire one.

Apparently, the cardboard gods had something else in mind.

I dug up this massively interesting piece of cardboard via a 50-cent bin at a show a couple years ago.

At first, I wasn't all that sold on it. I very nearly put it back.

But, after thinking about it for a bit, I decided that this was a card I needed to have. I mean, what else was I going to buy with fifty cents?

Thanks to that innocent 50-cent bin, I can say that I am the proud owner of a "washer-used" 1975 Topps George Brett rookie card.

It personifies my entire philosophy as a collector.

All I've wanted to do during my collecting years was provide a good home to as many formerly "outcast" cards as I could find.

I'm sure a lot of other attendees at that show scoffed at the sight of this one.

I couldn't help but fall in love with it.

Again, I'm still not sure if I'll ever devote the time and energy to create a full-fledged banner for this blog. It's still up in the air.

However, should that time ever come, you'll definitely see the likes of Wilhelm, Shelton, and Clemente featured on it.

After all, they've always been a huge part of my collecting philosophy.

They deserve to be recognized for that.
Posted by Nick at 6:35 PM

Go for the new banner. I like the ways that other blogs have their design set up. Put one up so, my jealousy can move onto to your blog design. Good call on sticking with the dime box in the background. Perfect fit for your blog.

The Brett card looks more like it was run over by traffic then left in the dryer. I've picked up a few cards over the years off the street in that condition!