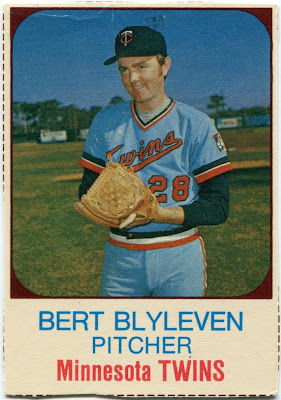 Tomorrow is what I like to call a "calendar day" in my card-collecting life.

After all, I'll be attending the gigantic tri-annual show that I've posted about in the past around here. For any of you attending the National this year, this particular show is held in that very same convention hall.

As you might guess, the place never disappoints. It's always filled with a stunning mix of dime boxes, discount vintage, and many other odds and ends.

Yet, while I'm still unbelievably excited for the show, the cards I received in the mail today may well top anything I manage to pick up at tomorrow's gathering.

And, yet again, it's all thanks to Listia.

I've posted about my successes through the website a few times before on the blog. While those pickups were tremendous, I'll just say it now.

This acquisition of mine beats the heck out of those about a thousand times over.

And it all became mine for what can best be described as a jaw-dropping steal. Perhaps the greatest steal I've ever gotten.

What you're about to see are the prime contents of a five-card 1975 Hostess auction I won last week. When I threw out a bid on the thing, I didn't think I had a chance in heck of actually getting it. I figured it was at least worth a shot, though.

Imagine my surprise when I found out that I won the thing. And, in the end, the lot cost me just 327 credits and $1.25 in shipping costs.

Even if you don't believe me, I swear that was the final price. You have my word.

Two of the cards will eventually wind up in the hands of fellow bloggers, so I don't want to ruin the surprise by showing them here.

The other three, however, were the stuff of legend.

What if I told you that the magnificent piece of HOFer Bert Blyleven you see above was the third best piece out of the three "keeper" cards in the lot?

Don't get me wrong. I absolutely love this new Blyleven piece.

The other two were just that awesome. 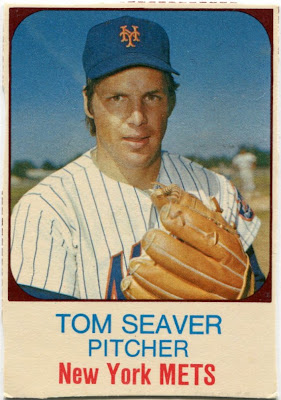 Yes, as hard as it might be to believe, Mr. Seaver here was the runner-up in this lot.

One of the all-time great hurlers in baseball history and one of my personal favorite HOFers to collect didn't even net first-place honors.

Even the fact that it's my very first Hostess piece of Seaver couldn't put it over the top.

So, given all that, just what did reign supreme over the likes of Blyleven and Seaver? 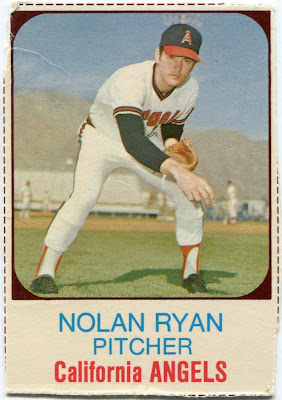 Before I scored this unbelievable lot of Hostess goodness, the oldest Nolan Ryan card in my collection had been his 1980 Topps issue.

This predates that one by a whole five years. And it's a friggin' Hostess card!

What could be better?

To think that all this cost me just a tad over 300 "free" credits and a mere buck-twenty-five in shipping is mind-blowing. I'm still trying to wrap my head around it all.

At first, I honestly thought the deal was too good to be true. I thought for sure the guy would just refund my credits and re-list the things. Truth be told, I wouldn't have blamed him.

Not until I physically received the cards this afternoon did I realize it was actually legitimate. I was now the proud new owner of an unbelievable lot of Hostess cardboard.

So, just how did I win these things for such a great price?

The only reason I can come up with is the fact that this lot didn't contain the "free shipping" tag that most Listia auctions usually do. I guess the lack of one scared other people away.

And, before I dug up this awesome batch, I was admittedly hesitant to look at anything that didn't offer free shipping on Listia as well.

As you can probably tell, though, I didn't mind paying the mere $1.25 in shipping for these in the slightest.

These kinds of stories are what has made collecting such a huge part of my life up to this point. You just never know what kinds of "gems" you'll unearth from one day to the next.

I look forward to doing a whole lot of that at tomorrow's show.

Still, the likes of Blyleven, Seaver, and Ryan will be in my thoughts the whole day. It's going to take me a while to get over the sheer joy of actually having these in my collection.

I'm still smiling from ear to ear.
Posted by Nick at 6:32 PM

Listia auctions without free shipping get completely passed over. Almost every time. That's definitely the reason.

For once, the Night Owl and I agree. I only look at free shipping on listia.

Nice cards, by the way. That's what I should have led with.

Same here. If it doesn't have free shipping, I'm not watching.