Uniforms of the decade 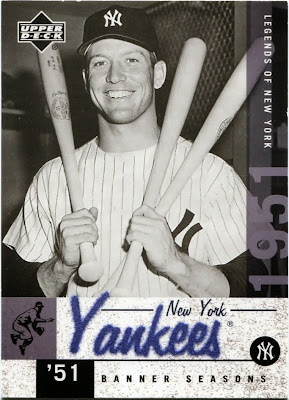 As a lifelong Seinfeld fan, I feel compelled to lead off this post with one of the many memorable quotes from the show.

"Loyalty to any one sports team is pretty hard to justify. Because the players are always changing, the team can move to another city, you're actually rooting for the clothes when you get right down to it."

As fans, I guess we do essentially root for clothes most of the time. But, more than any other sport, those "clothes" have been so closely intertwined with baseball history.

Whether we realize it or not, jerseys are an ingrained part of our fandom. We root for the jerseys we like best, as Mr. Seinfeld would say.

Since I've only followed baseball since the late '90s, I didn't get a chance to live through some of the famous uniforms from previous decades. That's why my cards can be such a great resource. They're like little snapshots in time for some of the game's past fashions.

Sometimes, certain uniforms can come to define an entire era. More specifically, I went on a quest through my binders to see which jerseys I felt best represented each decade since the 1950's.

One could definitely argue that the famous Yankee pinstripes define the entire history of baseball. Everyone from Ruth to Mantle to Jeter have worn the famous duds.

At the least, the pinstripes most certainly define the 1950's. After all, the Bronx Bombers won an astounding six World Series titles during that decade alone. 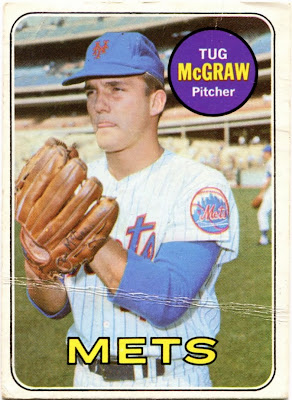 The 1960's present a tougher challenge in this department.

Teams weren't yet thinking outside of the box with their jersey choices, and no one franchise dominated the decade like the Yankees in the '50s.

When I think 1960's baseball, though, my mind almost instantly goes to the Mets for some reason.

As many fans know, the Mets began their tenure as a laughingstock. They went 40-120 during their expansion '62 season and didn't fare much better during the following years. In fact, they didn't have their first winning season until 1969.

Of course, Tug McGraw and the "Miracle Mets" ended up taking home the World Series trophy in '69, going from worst-to-first in the process.

For me, that moment defined the decade.

I guess that's what makes the jerseys so memorable in my mind. 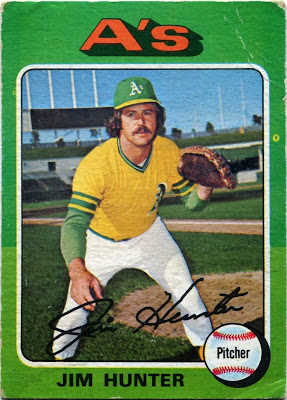 Jerseys started to get interesting in the '70s.

Things got a little more happenin' as the decade rolled on. The A's were the first team to really deviate from the norm in terms of uniforms.

The previously frowned-upon mustaches on guys like Rollie Fingers and "Catfish" Hunter were the first signs of a revolution in Oakland.

Their famous kelly green and yellow combo is what cemented the 1970's A's as the greatest and most memorable squad of the decade. (The Pirates being a close second.)

They're still one of the more iconic jerseys in baseball history. 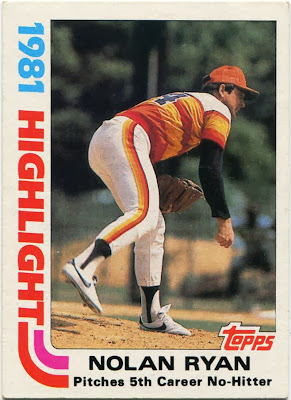 Although they first debuted in the mid '70s, I feel that the "Technicolor" Astros uniforms best exemplify the rather loud 1980's.

As you can see, the infamous duds carried over into the first few years of the decade.

It's still hard for me to see a tooth-and-nails guy like Nolan Ryan in such a wacky uniform. 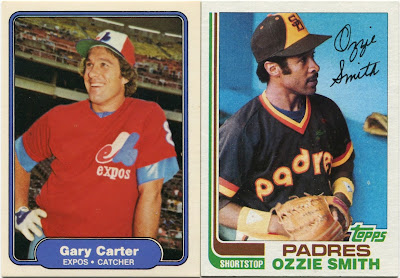 Because the '80s were so crazy, though, I feel I have to hand out a couple honorable mentions.

For a long time, I didn't know the Expos ever wore red uniforms. I learned of their existence through my baseball cards.

I'm still not sure whether I should thank or blame my collection for that.

Pretty much any early Padre jersey from the '80s could be considered in line with the decade. From the mustard yellow to hideous brown colors, few other duds screamed '80s more than the Friars.

As you might have noticed, the best jerseys aren't necessarily the ones that define the decade.

Often time, it's quite the opposite. 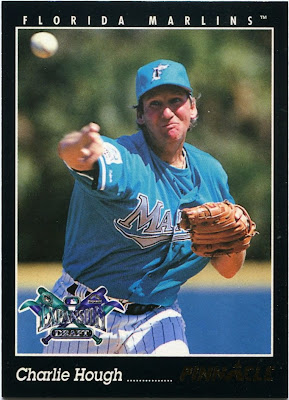 Teams really started to tinker with their jerseys as the '90s progressed. Eventually, it all culminated with those awful, loud, and unbelievably fascinating "Turn Ahead the Clock" promotion in the later stages of the decade.

In a lot of ways, the craziness started with the expansion Florida Marlins in 1993. The bright minds in charge of the franchise somehow decided that teal would make for a smashing color to make big-league players wear.

The final product looked like something out of a slow-pitch softball league. Even the 45 year-old Charlie Hough (who made his MLB debut in 1970) was forced to don the gear.

But, although they may well have been the worse jerseys of the decade, it's hard to come up with a better one to define the 1990's. 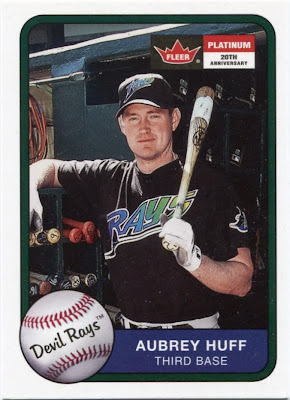 No great advances were made, as far as I can tell. And nothing as hideous as the '90s teal Marlins uniforms saw the light of day.

The young Devil Rays franchise did give Florida a run for its money, though.

While I've been a fan since their debut in 1998, the Rays have had some pretty God-awful jerseys during their tenure in the bigs. I could've featured any number of horrid early Tampa uniforms in this post, but I decided to go with the one seen on Aubrey Huff here.

Ick. Ick. Ick. And notice how the Devil Rays logo on the hat almost exactly matches the one on the jersey.

I rather like the Rays' uniforms these days, but I think we need to be reminded of their somewhat embarrassing forefathers from time to time. 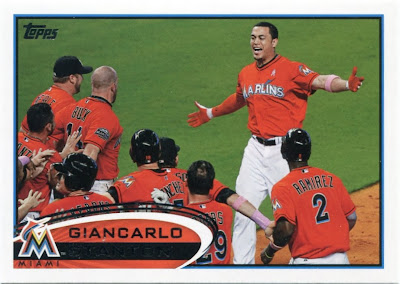 We're only a few years into the 2010's at this point, but I think we may already have a defining jersey of the decade.

Once again, it comes courtesy of the Marlins franchise. They may be the Miami Marlins nowadays, but their knack for creating crazy jerseys hasn't left.

In taking a page from the '70s and '80s Pirates squads, the Marlins featured a mind-boggling array of different color combinations upon their move to Miami last year. The most notable, however, were the neon orange ones you see above.

I count nine different visible Marlins jerseys on this Giancarlo Stanton "walk-off" shot. It's enough to make one go blind.

It's hard to come up with any specific criteria for jerseys that define a decade.

I am pretty sure the red Expos jersey was only used for batting practice, I don't recall ever seeing them used in a game. Growing up a big Expos fan I actually had one as a kid.

I love that Astros uni SO MUCH.