The realities of a steady paycheck 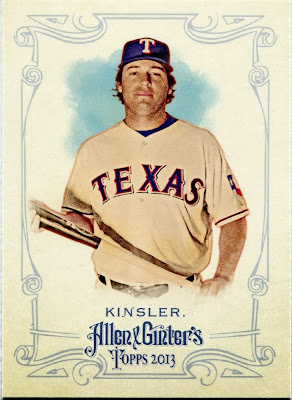 While it may be the norm for some, it's a new low for me. In fact, it's the first time I've fallen below the post-per-day mark in the nearly two-year history of this blog.

If you've been following my writings over the past month or so, chances are you know what's behind the sudden dip in posting around here.

It's coming along well, but balancing school and work is both a new and difficult challenge for me. The time crunch I've been experiencing has vastly cut into my baseball time.

I missed yesterday's Rays-Rangers contest because of work. The same will go for tonight's Pirates-Reds game, one that I was looking forward to watching considering the Bucs haven't been in the playoffs since the year I was born.

But, hey. It's all worth it once payday comes around, right?

Once I pocket my earnings from those hours of work, I can drown myself in cardboard. Blasters here, blasters there, blasters everywhere. I can buy as much new product as I please, maybe even splurge on a box of A&G or something if I feel up to it.

Isn't that how things work when you have a job? 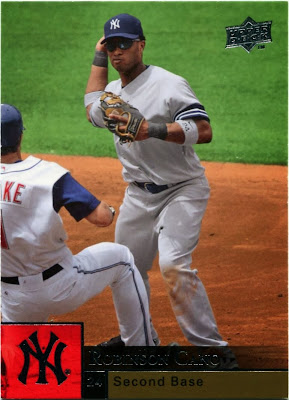 In the past, I think I naively built up the idea in my head that I'd be able to buy nearly anything I wanted in the world of cardboard, once I found a steady paycheck.

But now that I have a fairly consistent source of income, the realities have begun to set in.

With a job, I'm more than happy to fork over money for various expenses. Cell phone bills, schoolbooks, just generally things I should at least partially be paying for at 21 years of age.

And, since I've always prided myself on saving money when I can, I've put a decent amount of my couple paychecks into the back thus far.

So, what does that leave?

Less than that $300 million Robinson Cano is asking for. A lot less.

I can't indulge my impulses as much as I would've hoped with a steady paycheck. I can't just walk into Target and nab a blaster of A&G on a whim, at least not if I wanted to be fiscally responsible.

As I've found, I'm still on a fairly tight budget these days.

Even with a job. 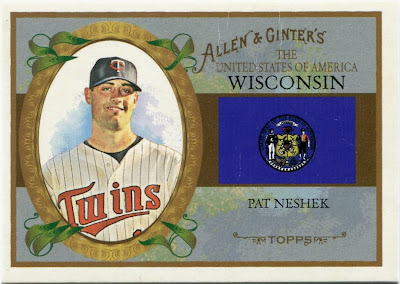 I do have a few extra bucks to shoot towards cardboard these days. And, of course, it feels great.

While a blaster might be pushing it, I can grab a rack pack of A&G off the shelves without thinking twice. I can make a little impulse buy without having to agonize over how it'll affect my spending for the following days.

If I want to hop onto Sportlots and grab a few cards for my new Pat Neshek collection, I can. In fact, I'm planning on doing exactly that sometime soon.

While it's not the unfaltering reservoir of cash I'd once naively hoped, it's nice to at least have a little more money to devote to my love for cardboard. 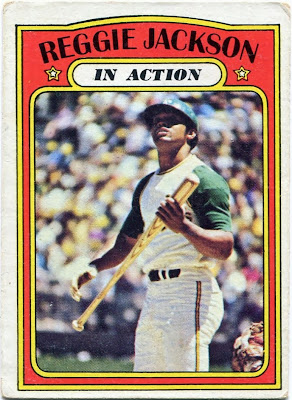 With a steady paycheck, all I can say is this.

I can't wait for the next card show.

Although the next big one isn't until November, I'm already saving up for it. See, some of the money I've been putting away from these first couple paychecks is earmarked for that show.

While I've had a fairly substantial budget for past few shows (at least in comparison to my usual spending habits), the cash I'll have on hand in November should be far greater than any in the past, should everything go as planned.

Perhaps now I won't have to worry about a three-dollar card eating up too much of the day's budget, as I did with this in-action "Mr. October" a few years ago.

With a steady paycheck, I think I owe it to myself to see how crazy I can go at a card show. I plan to find out come November.

Still, in most other areas in this hobby, a little extra cash actually hasn't had all that much of an impact.

Good luck balancing the paycheck with needs and wants. Adulthood really stinks sometimes, but when you're able to purchase some cardboard it sure does make one feel like a kid again.

When you get a second, will you e-mail the details on the big show in November that you referenced? I might have to make a trip north if you feel it has potential.

Very proud of you,boy....we're gonna have a time at that card show!

I've got a steady job and I'm still trying to figure out if I'll have money for the card show coming up.

You seem awfully young 20,21? You should concentrate on your job/schooling first.Card hobby should be a distant third for now.Once you get your career going,then you should create a card budget.