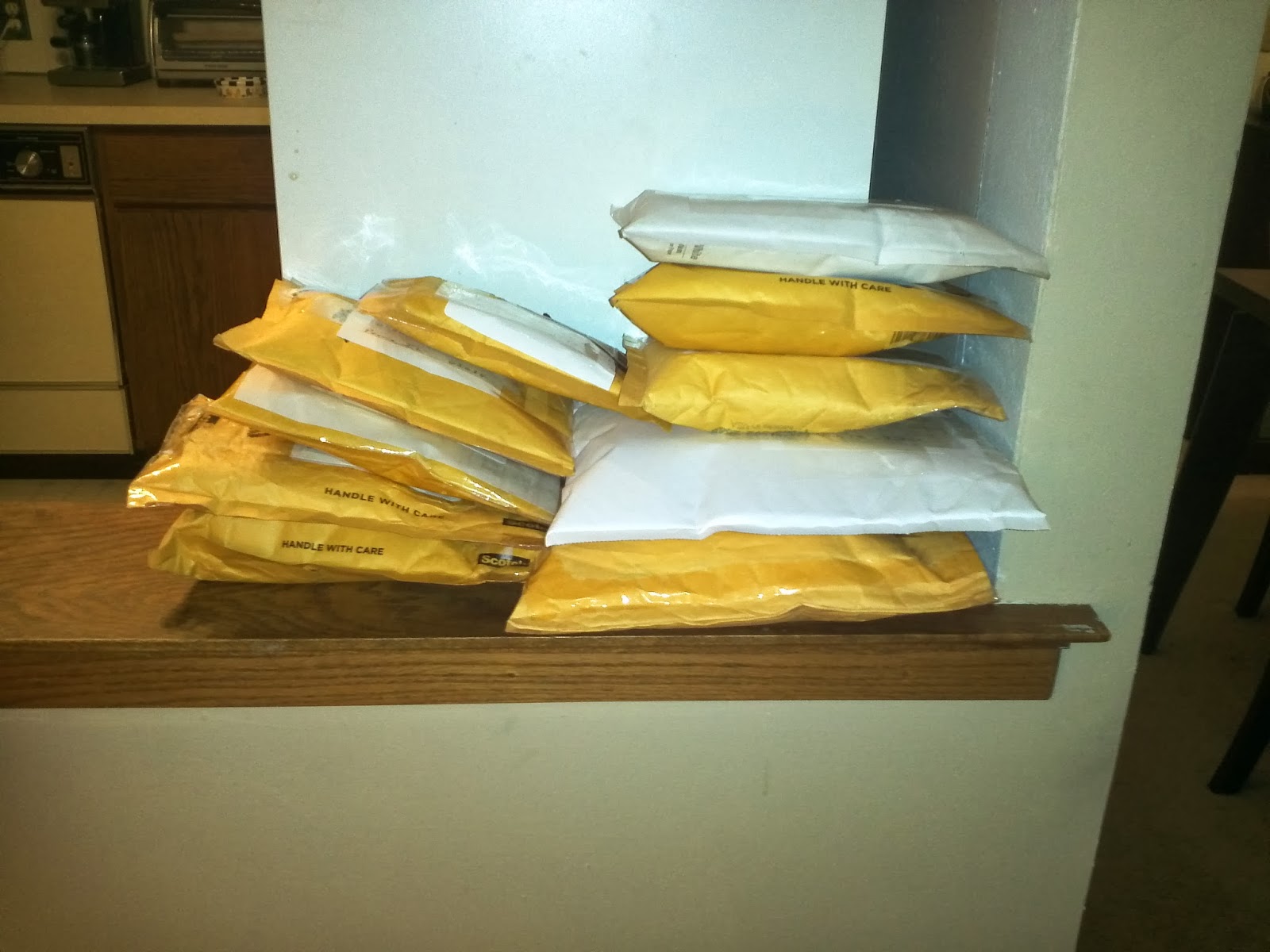 As I announced a few months ago, I managed to land myself a job this past summer.

It felt good to finally pay some of my own bills for a change. Plus, it was nice having a little extra cash to devote to the hobby as well.

Unfortunately, after a steady first month or two, the job I'd landed began to become a distraction. Without warning, management cut my hours to almost nil. It stayed that way even after I asked to work more.

So, with a new semester of school on the horizon, I quit last week. It simply didn't work out the way I'd hoped, which means that I'm back on the job hunt once again.

Why am I telling you this?

Because a few of you, fellow readers, are going to be the beneficiaries of my last paycheck from my former job.

I used it to stage the grandest mailday I've ever had since I started trading online. I shipped out a total of nine packages this past Saturday. If you're in the following zip codes, expect something from me in the near future.

I also mailed out a few packages and PWEs earlier in the week, but forgot to write down the zip codes. As a result, some more of you should be getting cards from me if you haven't already.

Some of the packages I sent this week were returns for great cards others had already sent me. Some were "just because" mailers of appreciation.

I have a bit of money saved up, so I won't be completely broke for now. I do have a few more packages I want to get out soon as well.

I will more than likely have to cut back a bit on my hobby budget for the time being, though. At least until I can find another job.

In the meantime, I can't think of a better way I could've spent my last paycheck.

It's my way of saying thanks to all the great people out there who have supported this blog over the past two years.

I see my zip on there . Thanks Nick. I have another package heading out for you. No worries and no rush on anything in return. Save your cash

Seeing how much I nerd out whenever I see a list of zip codes is pretty ridiculous. "Am I on there, am I on there? YES!"

Thanks for whatever's coming, I'm sure it'll be awesome as usual. Best of luck with the job hunt!