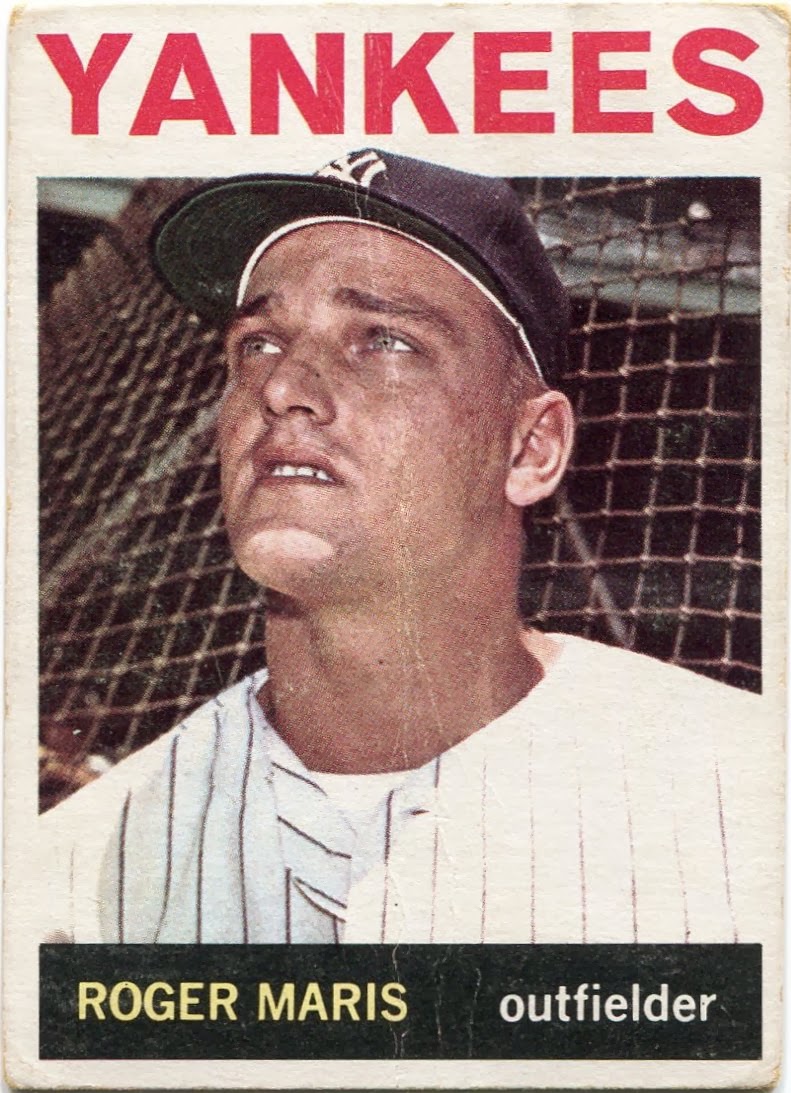 Card collecting can often be a "love at first sight" type of hobby.

Sometimes, though, it's not that easy.

After days, weeks, months, or even years of apathy, something new or interesting will pop out at me from a certain card that triggers an entirely new outlook on it.

Personally, it's become especially prevalent with sets lately. I've developed a newfound appreciation for many checklists that never registered on my radar before.

Take 1964 Topps, for instance. After going through stacks and stacks of 2013's Heritage checklist (which honored the '64 design), I'm finally able to give the set the love it deserves.

I'm not sure why it happened this year. I'm still not big on either 1961 or '62 Topps, and those respective years of Heritage didn't change my opinions much. I already liked the '63 design, so 2012 Heritage didn't factor into that very much.

But, for whatever reason, I'm loving 1964 Topps more now than I ever have before. It only took fifty years.

Better late than never, I guess. 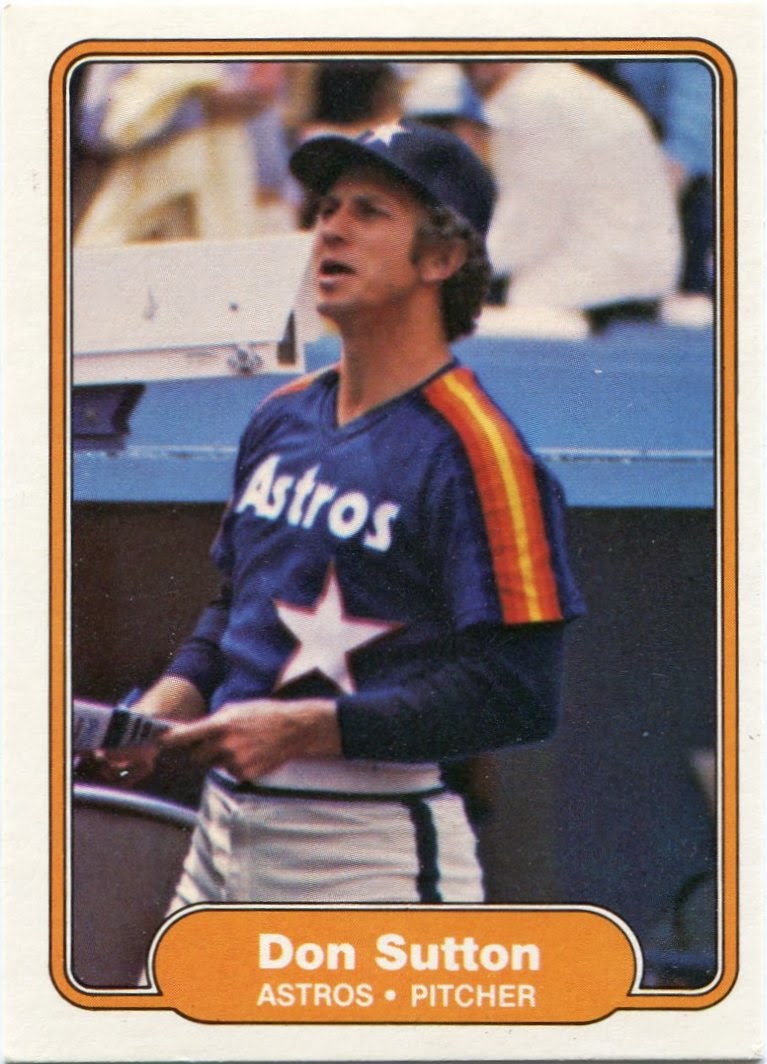 I described myself as being "stuck in the middle" with 1982 Fleer in a past post.

No longer, my friends. I friggin' love '82 Fleer these days. I'm not sure what the holdup was.

I guess I wasn't sure whether I should love or hate a set with such scattered photography. Of course, the checklist is well known for its rather blurry shots.

It took me a while to realize that such photos are actually a large part of its overall charm. Let's not forget the awesome color-coded nameplates, by the way.

Many other bloggers have written about the captivating checklist, which has forced me to look a little closer at the ones in my own collection.

I think that's a big reason why I've had a change of heart with '82 Fleer. 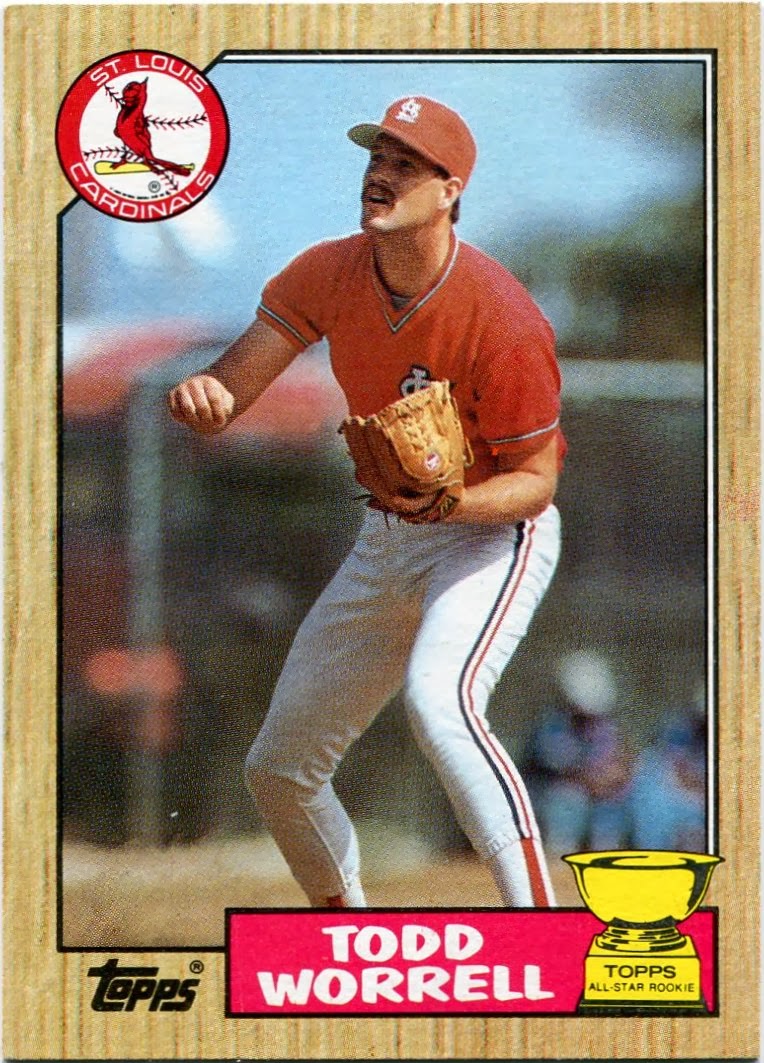 If you would've asked me if a set like 1987 Topps was iconic before I started this blog, I probably would've had a rather snarky answer.

I didn't really feel much for '87 Topps at the time. I didn't love it, but I didn't hate it. To me, iconic was a rather strong word to throw around like that.

These days, though, I'm starting to change my tune. I don't think it's out of the realm of possibility to declare 1987 as one of the defining years in Topps history.

Many of my fellow bloggers grew up busting packs of the stuff. It was a big set for a lot of today's collectors.

I think reading everyone else's accounts has made me appreciate '87 Topps a lot more.

I'm a bit mad at my pre-blogger self for being so quick to deny its iconic status. 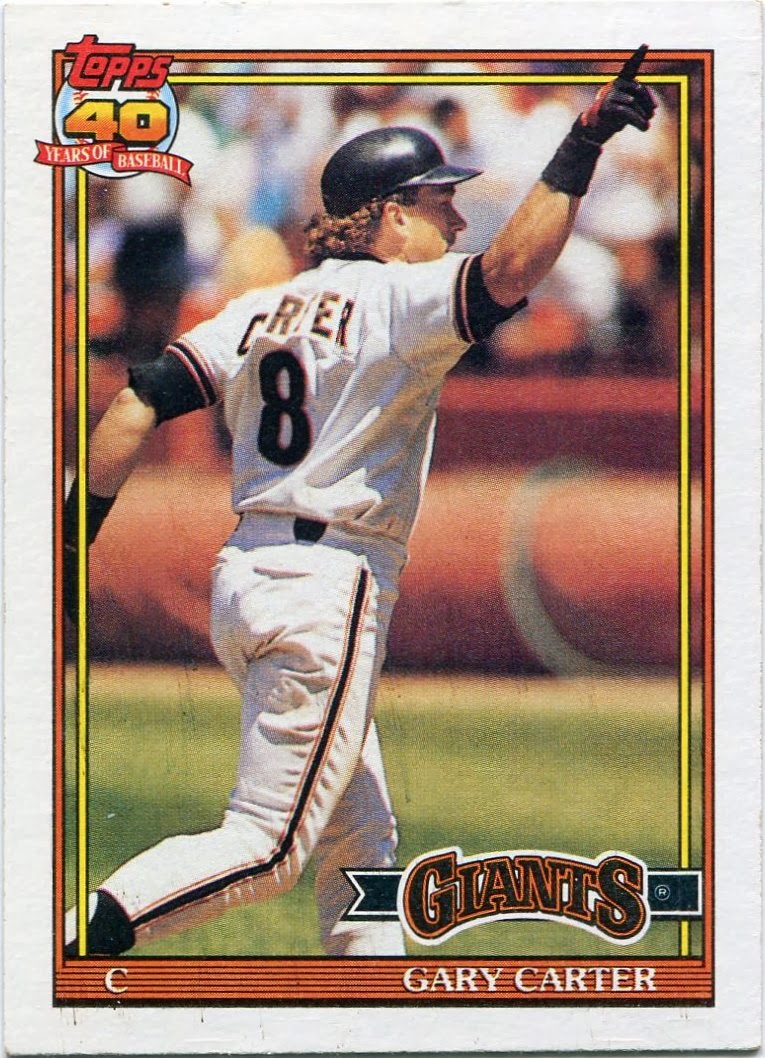 This is one that still puzzles me.

How was there a point in my collecting life where I didn't like 1991 Topps?

Unlike sets like '82 Fleer or '87 Topps, I flat-out hated '91 Topps for a while. I thought it was one of the most boring sets ever.

Boy, was I wrong.

As I've come to realize, 1991 Topps features some of the most groundbreaking photography of the overproduction era. After a few years of drab posed shots, Topps finally gave the collector more action, as you can see with this terrific frame of "The Kid".

Plus, without '91 Topps, there's a chance horizontal cards would've never made a comeback. And that would've sucked. 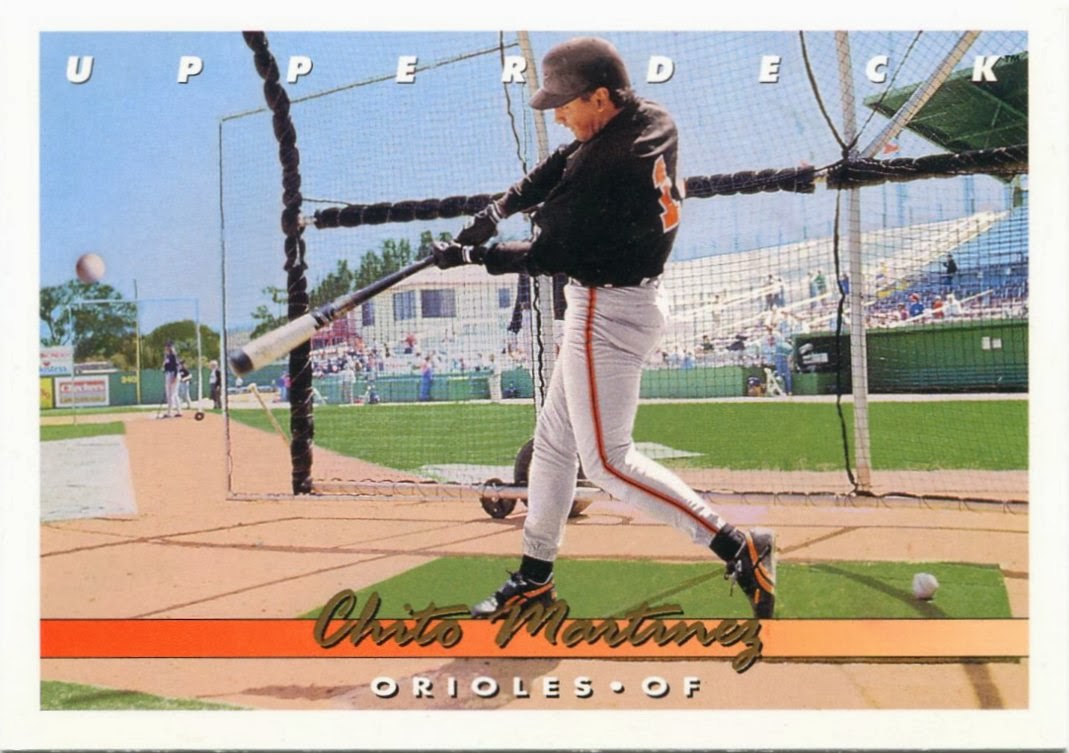 1993 Upper Deck is a little different than the sets I've mentioned up to this point, in that I did like it before I joined the blogosphere.

I just don't think I realized how great it was until well into my blogging tenure.

Of course, Upper Deck burst onto the card scene in 1989. What often gets overlooked, however, is the fact that their releases between 1990 and '92 were pretty darn unspectacular.

I think UD's 1993 checklist cemented their staying power in this hobby. Looking back, it could've well prevented them from being a "flash in the pan" type of product.

I've lost count of how many great '93 UD singles I've been introduced to through the blogs. Easily a few dozen. I've said this before, but I'm dreaming of the day someone starts a 1993 Upper Deck blog.

It is, without a doubt, Upper Deck's finest moment.

Heck, it's one of the better efforts in baseball card history.

Shame on me for taking so long to realize that. 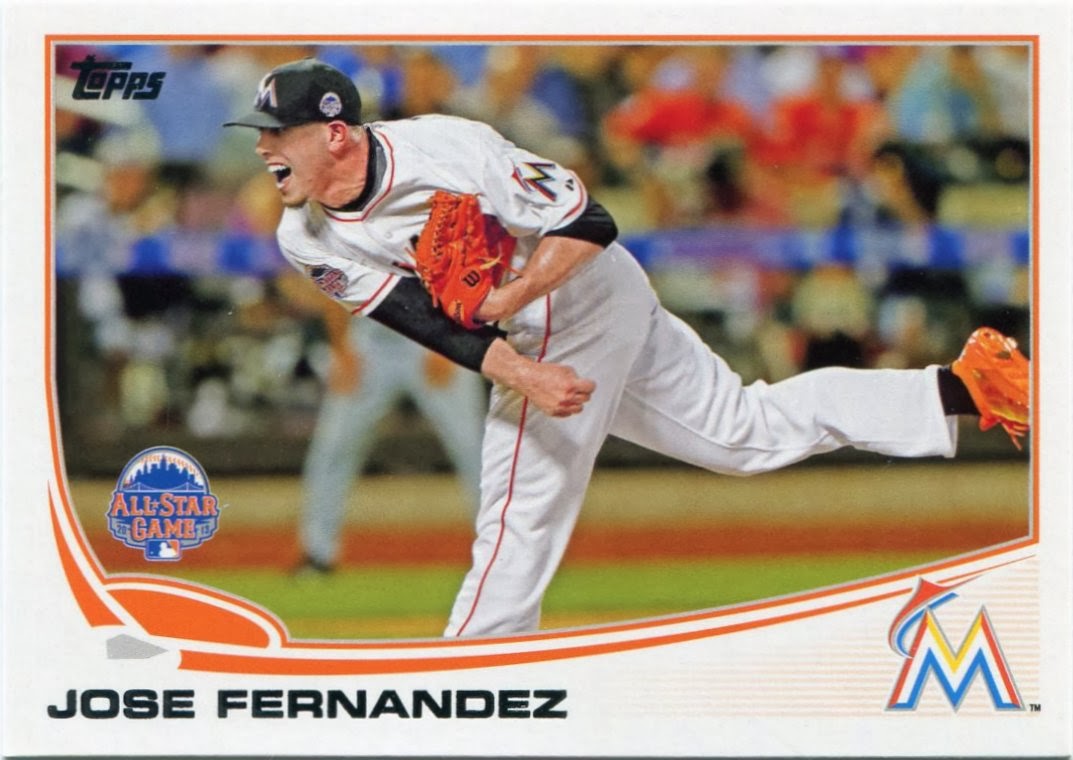 I've already alluded to this a few times tonight, but I think a large part of this "better late than never" mentality is courtesy of the blogosphere.

With the large range of topics people post about, I've been forced to look at my collection in a myriad of new ways. I'm often finding new things about certain sets that would've forever flown under my radar had it not been for the keen eyes of others.

That's especially true with more recent offerings. I doubt I would've ever noticed the "surfboard" theme of 2012 Flagship or the "sea turtles" from 2013 on my own.

I have a feeling I'm just getting started with this whole thing.

You just never know when a set is going to start growing on you.
Posted by Nick at 6:44 PM

The biggest "what was I (not) thinking" sets for me this year have been the junk wax Score/Pinnacle stuff, particularly '90 Score (still don't like the grey team logo plate or the name font, but the photography/cropping is surprisingly good), '92 Pinnacle (mainly for the card backs and subsets), '93 Score and (possibly my favorite non-Topps card design) '94 Select.

Great post, Nick! The best part about the '82 Fleer set is, for me, the large team logos on the backs. Also, the 1998 Fleer Tradition set is one that I didn't really care for - until a lot of the cards were pictured here in your blog. I received the complete set in the mail last week, so thanks for the inspiration!

I had a similar epiphany when 2008 Heritage came out. I really started appreciating 1959 Topps. Other than 2011 Heritage which I loved, I haven't cared one iota about that brad since then.

One thing that makes card collecting so unique is how our taste for cards changes throughout our lives. When a set is released you may love it, then hate it a few years later, then someday love it again.

You are so right! Sometimes we have a first looking feeling about a set that makes us not liking it or not caring that much. But after a while reading some posts about sets and some specific cards you go back to them and can see it in a new light. Sometimes it's just because we get older ;)

Nice summary of rediscovering sets and great collection of exmaples. Scarcity/over-abundance wildly skews how we look at different sets. Just because a card or set is everywhere doesn't mean that it is without merit.