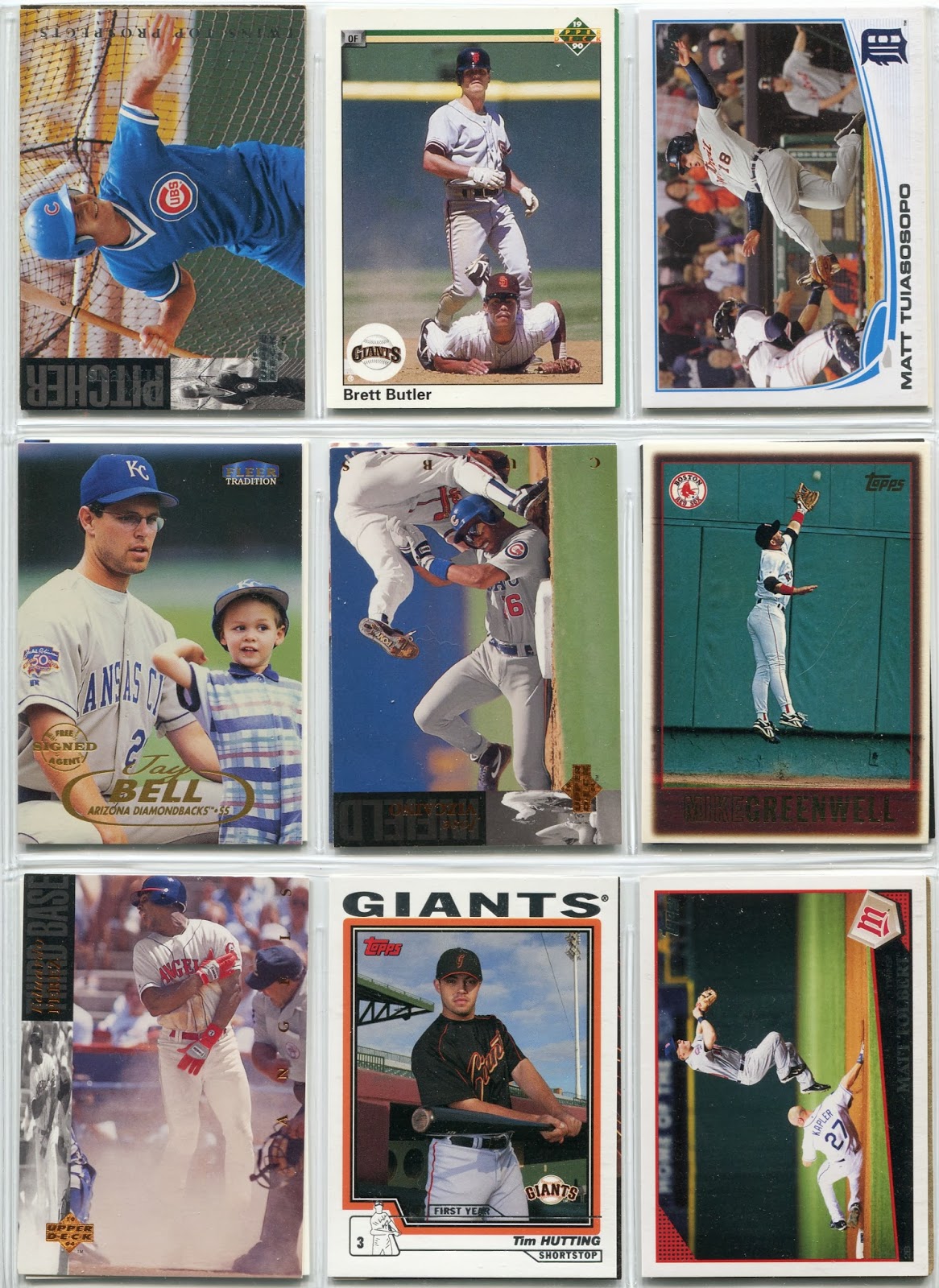 If you must know, I did take a trip to Target yesterday to check. And I even convinced my friends to drive down to Wal-Mart as well last night.

I still haven't touched the Target and Wal-Mart gift cards I received for Christmas, and I was planning on saving them for 2014 Topps madness.

No luck on either front. Whether from Target or Wal-Mart, my hope is to have some 2014 Topps in hand by Tuesday.

Until then, I'm more than happy to indulge in another frankenset page this afternoon. 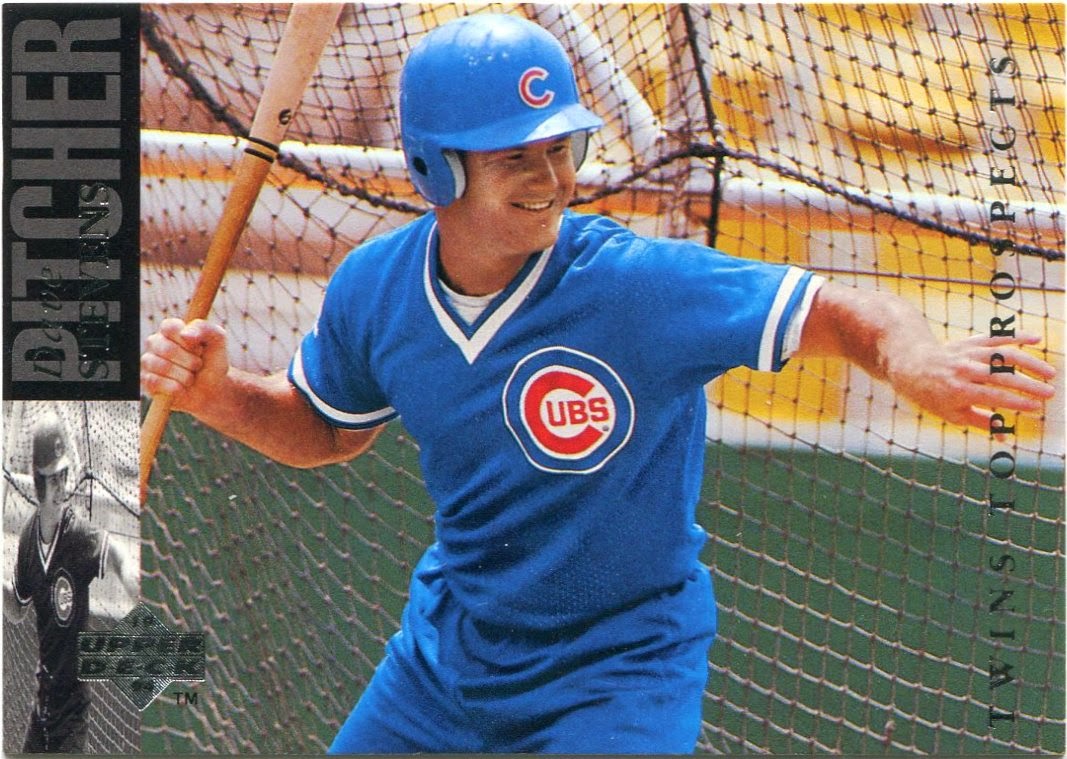 One thing I like about my frankenset is that it's not relegated to just mainstream major league checklists.

That's good news for the UD Minors releases from the early and mid '90s, as I've found quite a few fun frankenset additions from the relatively obscure sets.

Take this one of former Cubbie farmhand Dave Stevens. He's a pitcher, but he's shown here having some laughs in the batting cage.

I also find the "Twins Top Prospect" labeling interesting, as he's clearly in Cubs gear in that shot. (He was dealt to the Twins before UD could get a shot of him with the club, apparently.) 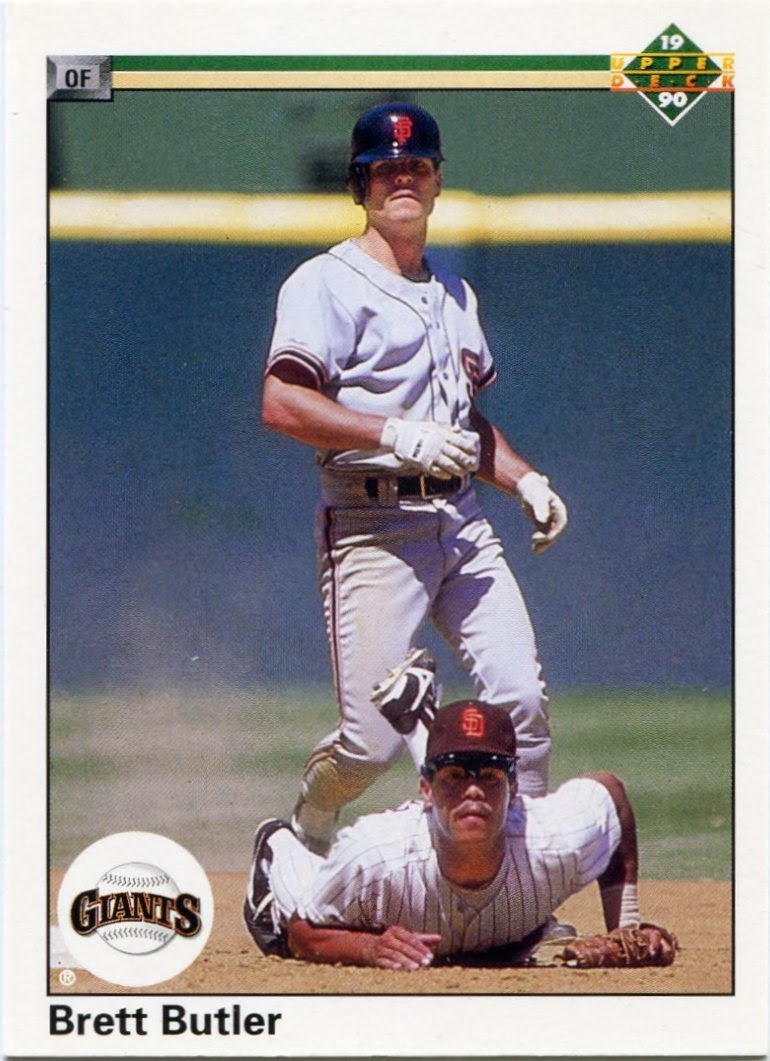 Forgive me, but I'm going to make a list of all the things I love about this card.

2) Given that the featured player is the baserunner rather than the fielder, it's kind of like an inverted double play card.

3) That's a young Roberto Alomar sprawled out on the infield dirt there.

4) I love how both players are intensely focusing on the out-of-frame action going on at first base.

That's why it made the cut, folks. 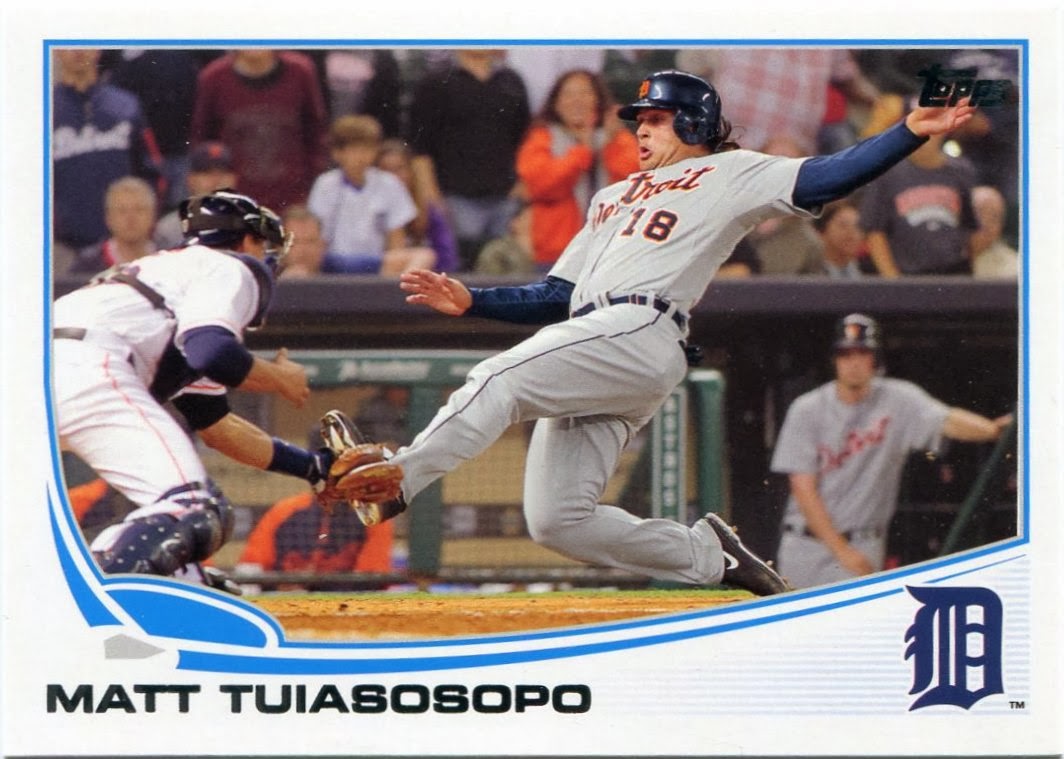 While 2014 Topps is sure to have its fair share of nominees, this remains one of the more recent additions to my frankenset.

I found Matt Tuiasosopo's story to be one of the more intriguing tales that came to light last year, and I'm not sure enough people know about it.

After pretty much flaming out as a one-time hot prospect for the Mariners, Tuiasosopo was without a job last offseason. Desperate for a way back in to baseball, he sent out a mass email to every general manager in the bigs.

Luckily for him, the Tigers decided to take a flyer and signed Tuiasosopo to a minor league deal. He shocked pretty much everyone by making the club out of Spring Training, and went on to have a respectable year for the Tigers in 2013, hitting .244 (with a .351 OBP) with seven homers in 81 games for the team.

Topps rewarded him with a spectacular nighttime "play at the plate" shot in 2013 Update.

Tuiasosopo was claimed off waivers by the Diamondbacks this offseason. 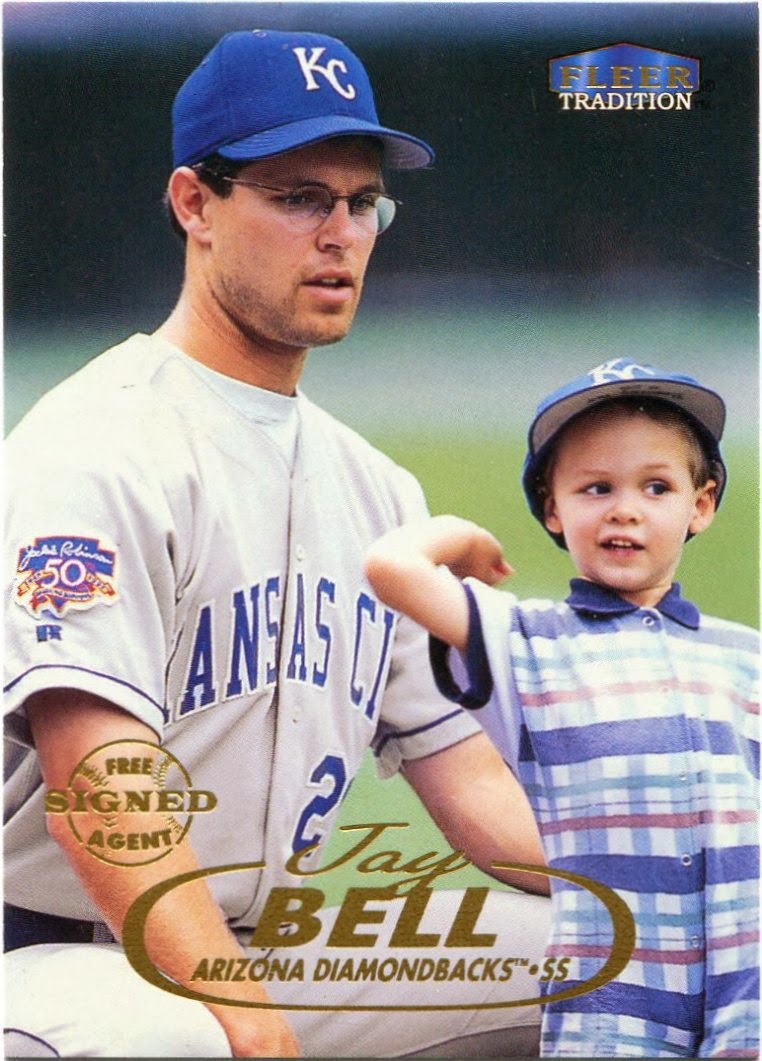 After about 15 years of ignorance, I'm finally starting to realize how awesome 1998 Fleer Tradition truly is.

I've been adding these to more and more trade packages lately. I think I even threw a few into Adam's contest winnings a couple weeks ago. (He recently started a blog by the way. Check it out.)

When it comes to 1998 Fleer Tradition, this fun "cards with kids" shot is just the beginning. 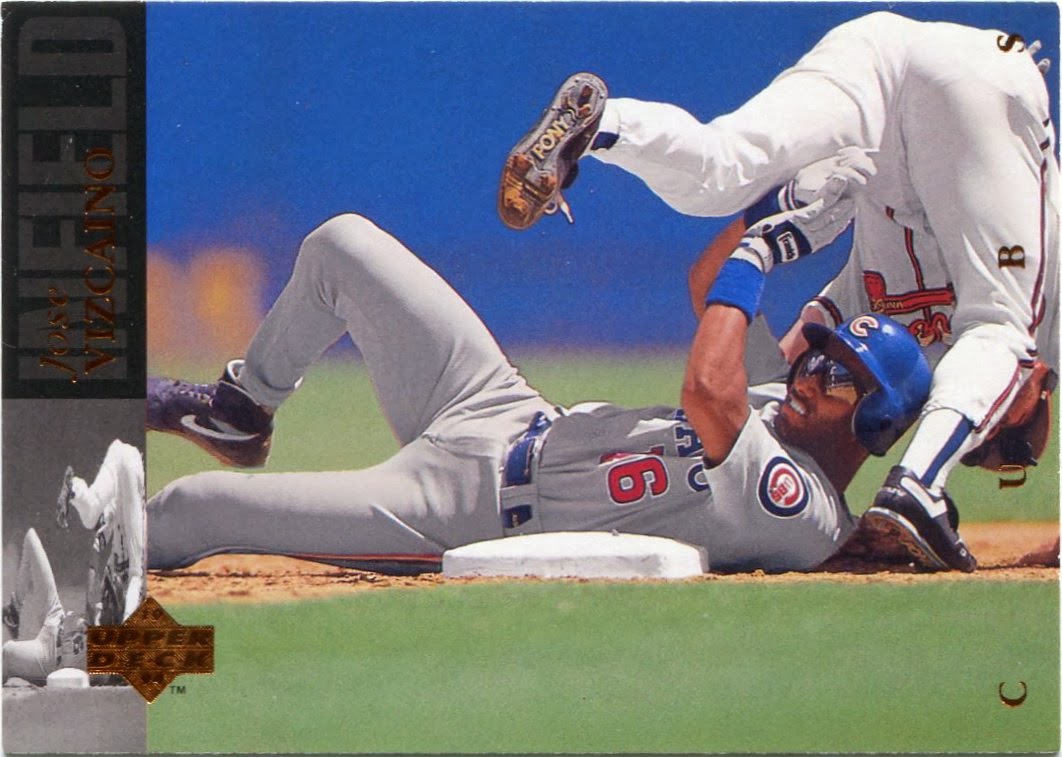 Like the aforementioned Butler, this is also one of the "inverted" variety. 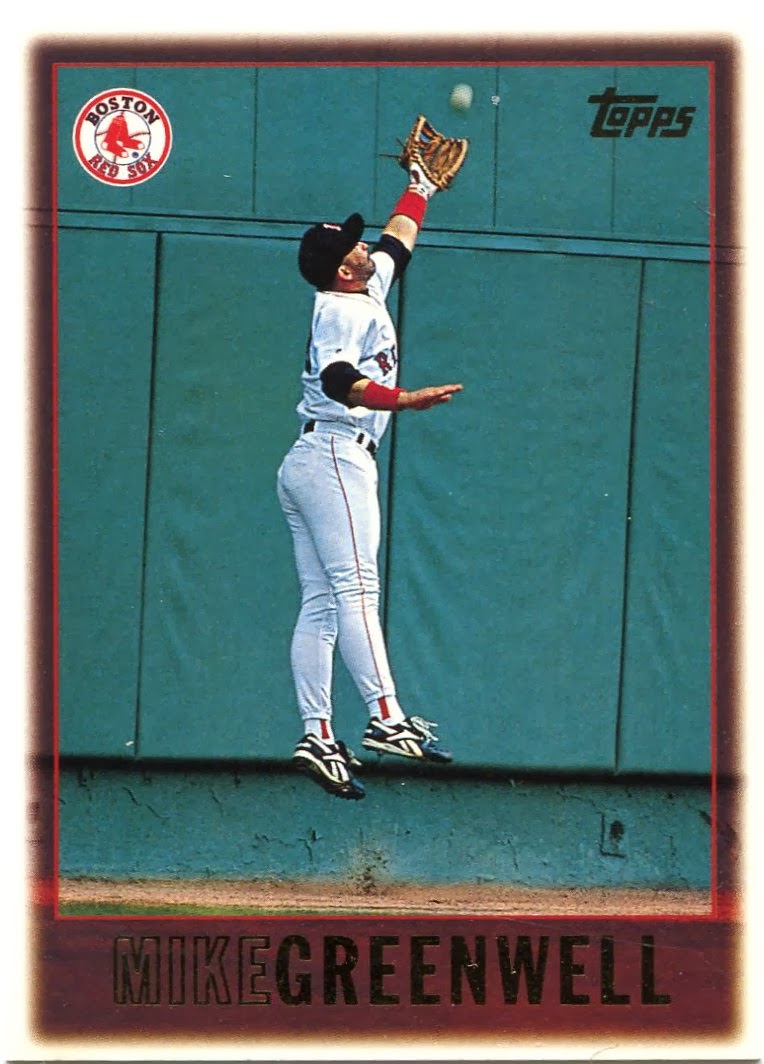 Next to Wrigley, Fenway Park is probably my favorite ballpark in the bigs.

As you might know, it's currently the oldest yard in the game. And it opened just five days after the Titanic disaster.

Given its history, I'm partial to any card that sheds Fenway in a favorable light.

Topps did just that with Mr. Greenwell in 1997. 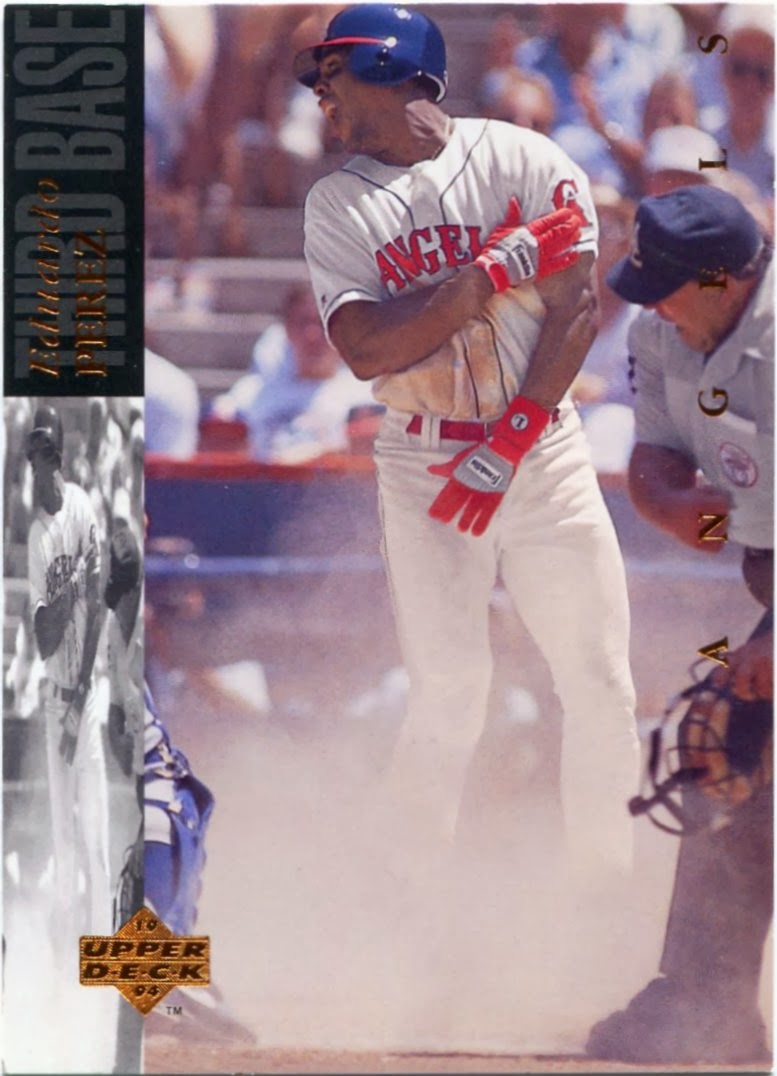 I think 1994 Upper Deck often gets overshadowed by the legendary set released the year prior.

While UD may have taken a big step back with the design in '94, they sure didn't with the photography. This frankenset page alone features three cards from the overlooked checklist.

I'm a big fan of this post-"play at the plate" shot of Eduardo Perez, who obviously has some issues with the ump's call here.

It's cards like these that make me miss Upper Deck from time to time. 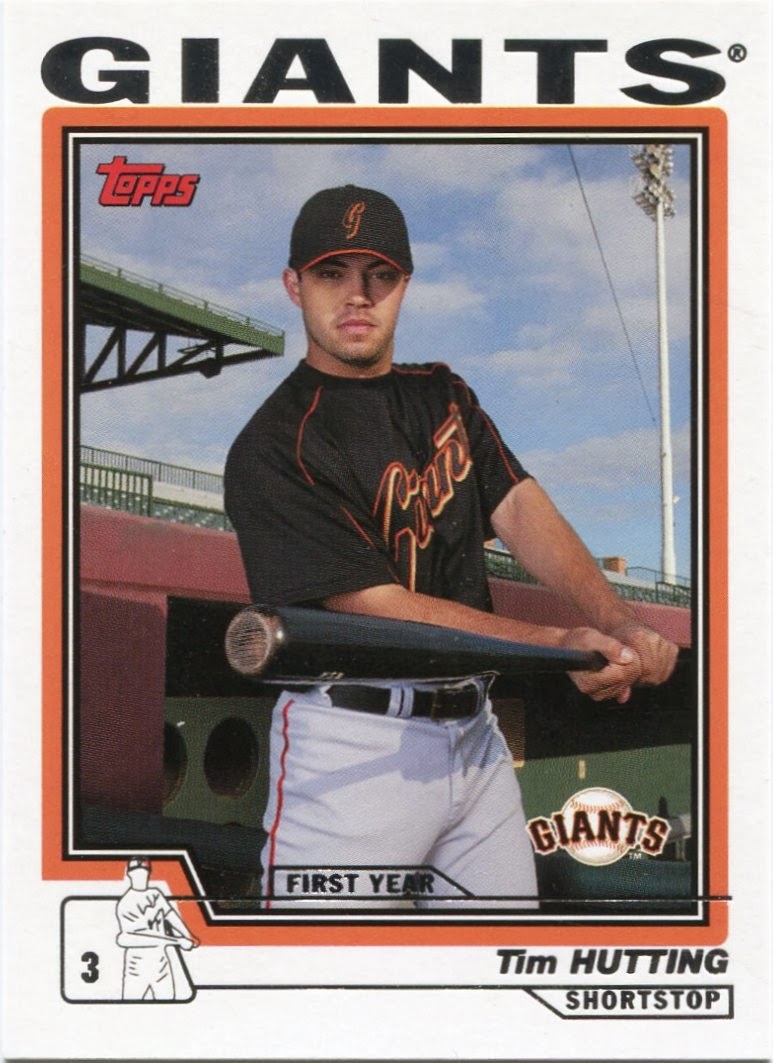 I can't say I've ever heard of Tim Hutting, but this nifty "bat barrel" shot was enough to earn him a spot in this frankenset.

It's also a "zero-year" card, as Hutting never played a single game in the big leagues. As the back informs me, however, he's a cousin of former outfielder Aaron Rowand. 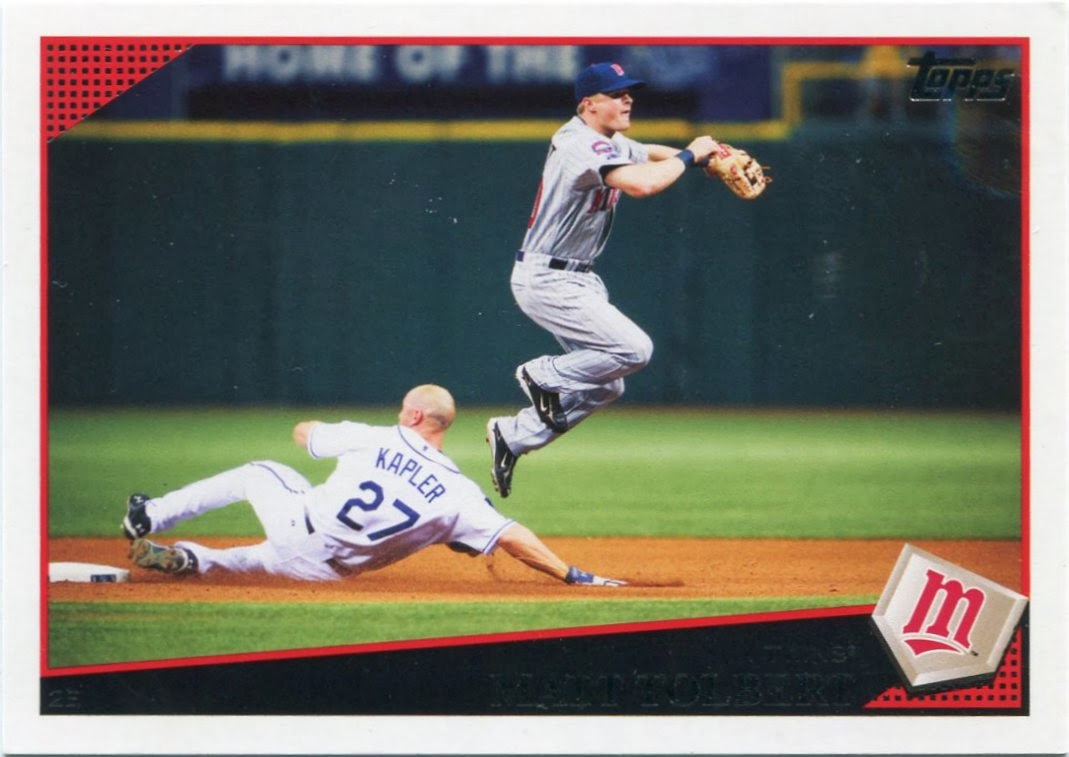 We close out today's post with the third "double dip" card from this frankenset page.

Like most double play shots, this one focuses on the fielder and not the baserunner. Former Twin Matt Tolbert is the subject of this wonderful horizontal "double dip" piece.

I wonder how many double plays we'll see in 2014 Topps?

Whoops. There I go again.

I really have a one-track mind around this time of year.
Posted by Nick at 3:31 PM

I wonder if there was a play at the plate that Butler and Alomar were looking at.

Wow, lots to like on this page! I think the Butler is my favorite, but I also really dig the Vizcaino.

It's funny, I never saw those '98 Fleer Tradition cards back in the day, but suddenly they seem to be all over the place. And with good reason. Seems to be a real hidden gem of a set.

Thanks for the plug, Nick! There was indeed a 1998 Fleer Tradition in the shipment you sent.