MLB Showdown and me 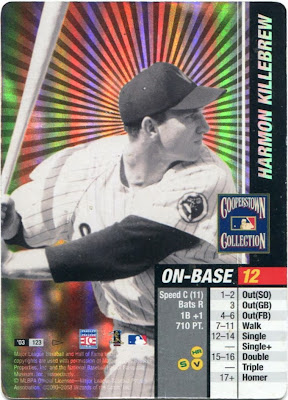 I hope you read it then, because I have no way to repost the original material.

Just so you're not completely shut out here, I held a little impromptu MLB Showdown tournament tonight. I thought I'd update this hopelessly lost post with how these guys fared.

Harmon Killebrew is relegated to pinch-hit duties and didn't see action in the tournament.

The fact that a guy like him rides the bench should tell you how much of an MLB Showdown collection I've amassed over the years. 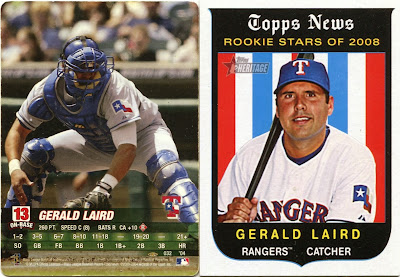 Gerald Laird was on the championship-winning squad.

He smacked a couple of hits over his three games. He also allowed just one stolen base during the tournament. To Lou Brock.

I guess he can be forgiven for that. 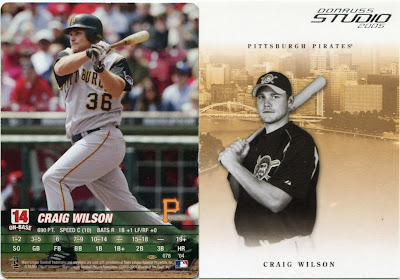 Craig Wilson was his usual mashing self, lacing two doubles and a few singles in two games before his squad was eliminated in the semifinals.

He drove in three during a 10-1 rout in the first round. 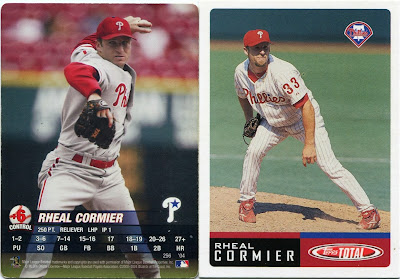 Rheal Cormier saw just 2/3 of an inning, allowing one hit and no runs.

His team was eliminated in the first round. 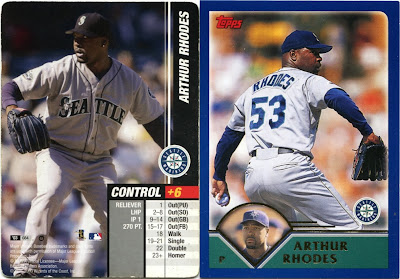 Arthur Rhodes pitched one scoreless inning in a first-round loss. 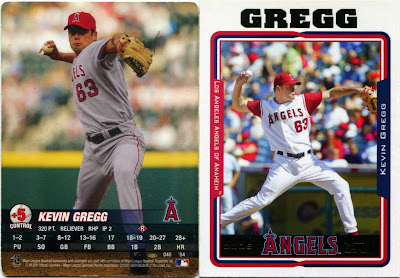 Kevin Gregg fared the worst out of this post's MLB Showdown subjects.

He gave up three runs in his two innings, picking up the loss in his team's contest. 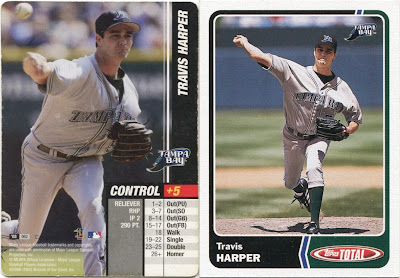 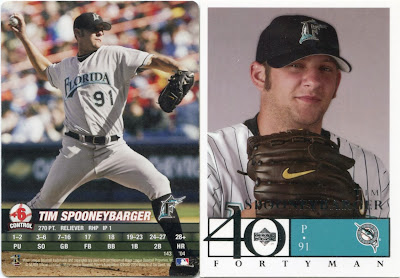 Tim Spooneybarger pitched in two of his team's three games, allowing two hits and no runs in the process.

His squad lost in the championship to Gerald Laird and his upstart lineup. 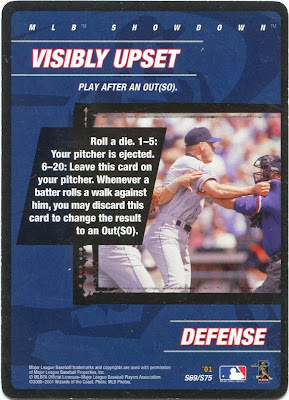 The title of this card pretty much sums up my mood right now, thanks to stupid Blogger.

I'm glad this post triggered a bit of a personal MLB Showdown revival, though.
Posted by Nick at 6:18 PM

If it wasn't for old repack boxes, I'd never have gotten my hands on any of these cards before. I definitely need more of them for my Cardinals team sets. I didn't know if the game was any good, but it sounds fun.

Very fond memories of our marathons.....I miss MLB Showdown!....maybe you can humor me with a game sometime!

I was really excited for MLB Showdown to release. I had been an avid Magic: The Gathering player, and what could be better than WotC game mechanics with baseball. I quickly realized that there was zero overlap between my gaming friends and baseball loving friends. I never had the chance to play Showdown, and the cards have proved just as tough to track down in the years since.

Great post. Thanks for the tutorial. I've always wondered how to play this game. I picked up a pair of starter decks in a Craigslist purchase, but never attempted to play a game.

By the way... I totally consider these baseball cards. They're 2.5" x 3.5" pieces of card stock with photos of baseball player... if that's not a baseball card, I don't know what is.