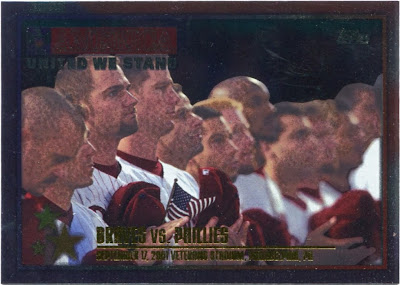 As if my current chases for "bat barrels" and "award show" cardboard wasn't crazy enough, I've decided to add yet another quest to my mini-collection catalog.

It's what I'll be calling my "anthemic" mini-collection. I think the name sums it all up, for the most part.

Simply put, I'll now officially be chasing cards that feature players or other baseball personnel in the process of honoring our National Anthem.

As you might know, today's tradition of playing the anthem before sporting events originated with baseball. With World War I going on, the tune was played during the seventh-inning stretch in Game 1 of the 1918 Red Sox-Cubs World Series.

Many players and fans stopped what they were doing to honor their country, starting a tradition that still continues to this day.

Of course, the anthem took on a special meaning in the events following 9/11. Topps produced an entire insert set called "United We Stand" devoted to the games immediately following the tragedy.

I currently own three singles from the series, two of which feature shots for this new mini-collection of mine. 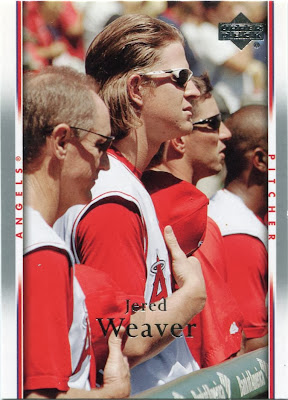 Not every "anthemic" shot has to be that somber, though.

Part of the reason I've decided to start chasing this theme is because of its intricate ties to baseball and the United States as a whole.

Some of it, though, is the fact that most of these shots simply make for cool cardboard.

I'll probably do a bit more digging in the coming weeks to see just how many I have, but what you'll be seeing tonight are a few "anthemic" pieces that instantly popped into my mind.

This has long been one of my favorite Jered Weaver cards. 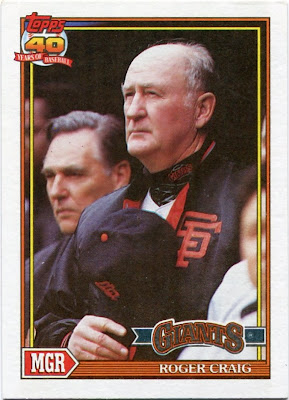 Even managers can get in on this mini-collection.

This has been a frankenset staple for a while now. 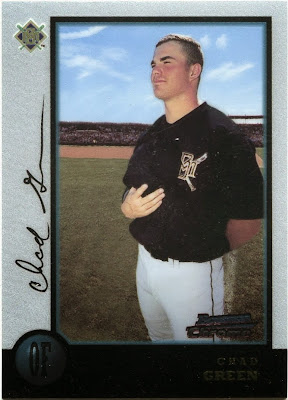 Sometimes, players can be honoring the anthem for no reason in particular.

I still can't tell whether that's an actual ballpark behind Chad Green. I tend to believe that the photographer had him pose like that in a studio and added the backdrop later.

Either way, it's a terrific add to this new mini-collection. 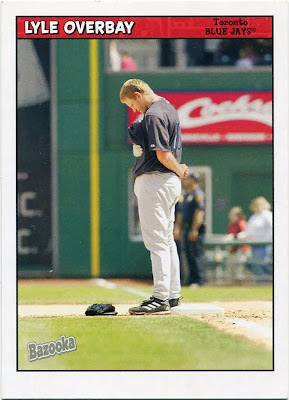 While this post makes it official, I've been subconsciously chasing these cards for the past few years.

My fascination with them may go back even further than that. There's a good chance I pulled this Overbay from a pack of 2006 Bazooka just after they hit the shelves. I loved the often unheralded Bazooka brand while it lasted.

Ever since then, I haven't been able to get through my Blue Jays binder without stopping and staring at it for a good while.

It's just such a beautiful piece of baseball americana. 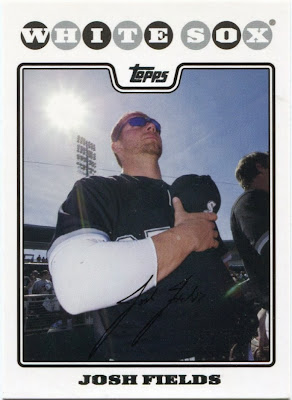 As of right now, though, I'd have to say that this is my favorite "anthemic" piece.

For the most part, 2008 Topps was a pretty lackluster effort. After 2007, it's probably my least favorite Topps design of the last dozen years or so.

But that's not to say it didn't have its bright spots.

There's little denying that Josh Fields was granted a truly awesome card in '08. Complete with a rather quirky photo angle, the former White Sox third baseman is seen taking in the anthem with the sun glaring in the clear blue sky above.

Like I said, though, I still have a bit of digging to do with these. Perhaps there's an even better "anthemic" piece that has flown under my radar this whole time.

Until then, I only have one thing to say to all my future trade partners.

I actually thought this was a natural for you. Probably should have gone with my instincts to set these aside for you before, but I will now. I know of a couple of cool ones off hand. Looking forward to seeing another mini-collection grow.

Nick, I've been wondering why you didn't have those as a mini collection. Seriously, I was going to suggest it, and sure enough you did it all by your self, LOL. Thanks for the super sweet package today.
I'll be sifting through about 15K cards to pull some anthemic cards for you to add to the stack already waiting to send.

That Josh Fields card is an awesome one. I don't really mind the design of '08 Topps - I think I still prefer it to 2012's design.