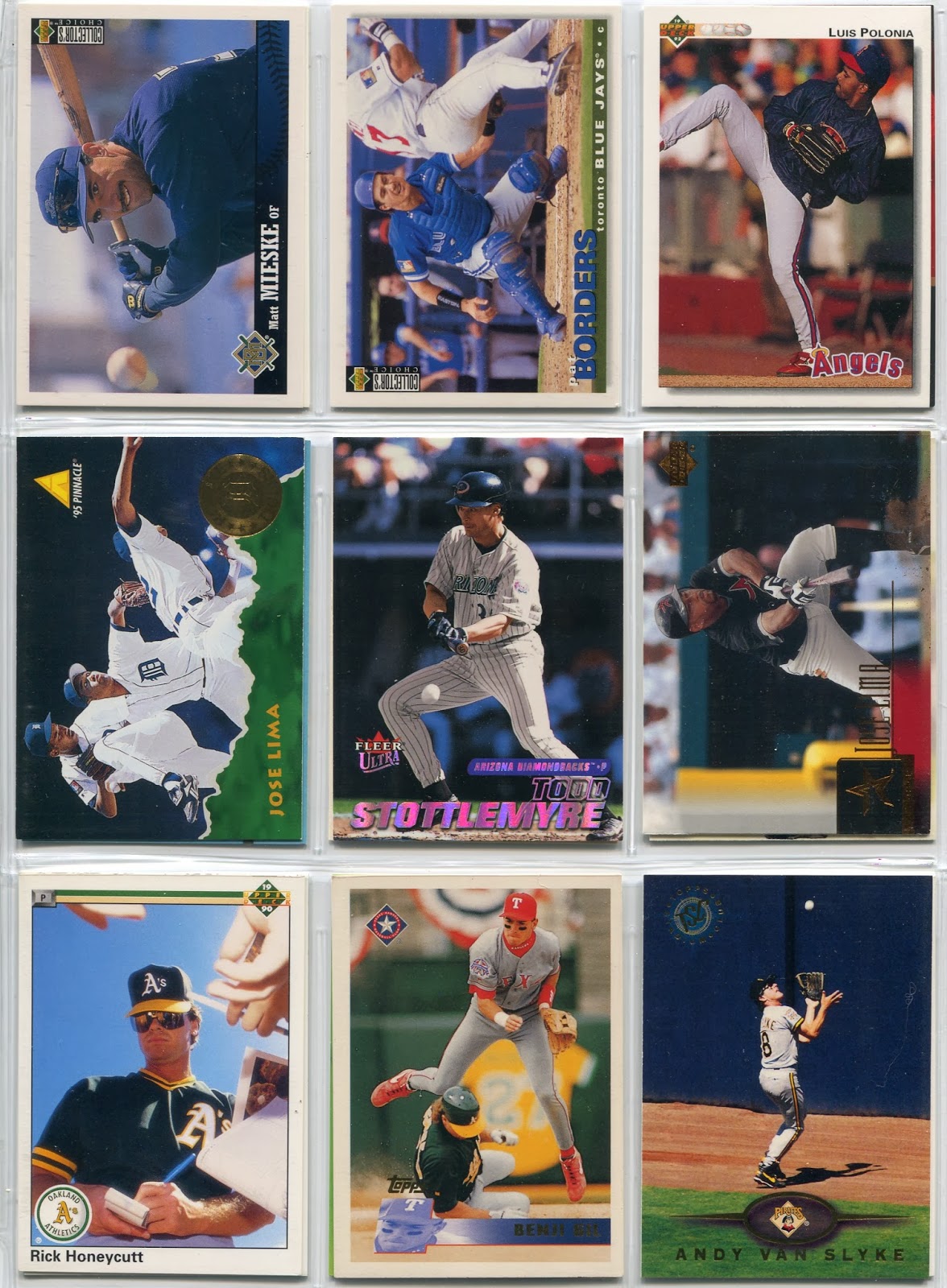 Call me crazy, but I've decided to give fantasy baseball another shot in 2014.

I used to play fantasy sports religiously when I was younger. Though baseball was my main focus, I also had football and hockey squads as well. I'd have three or four teams going at one time, as a matter of fact.

It's no wonder I started to get burnt out with the whole fantasy thing after a while.

But, after a bit of a hiatus, I'm going to try fantasy baseball again this year. Only one team this time, though. I need to keep my sanity. (I named my squad "Coco's Fro", by the way.)

Similarly, we're making a grand return to my frankenset binder after a brief break.

We'll be recapping yet another completed page this afternoon. 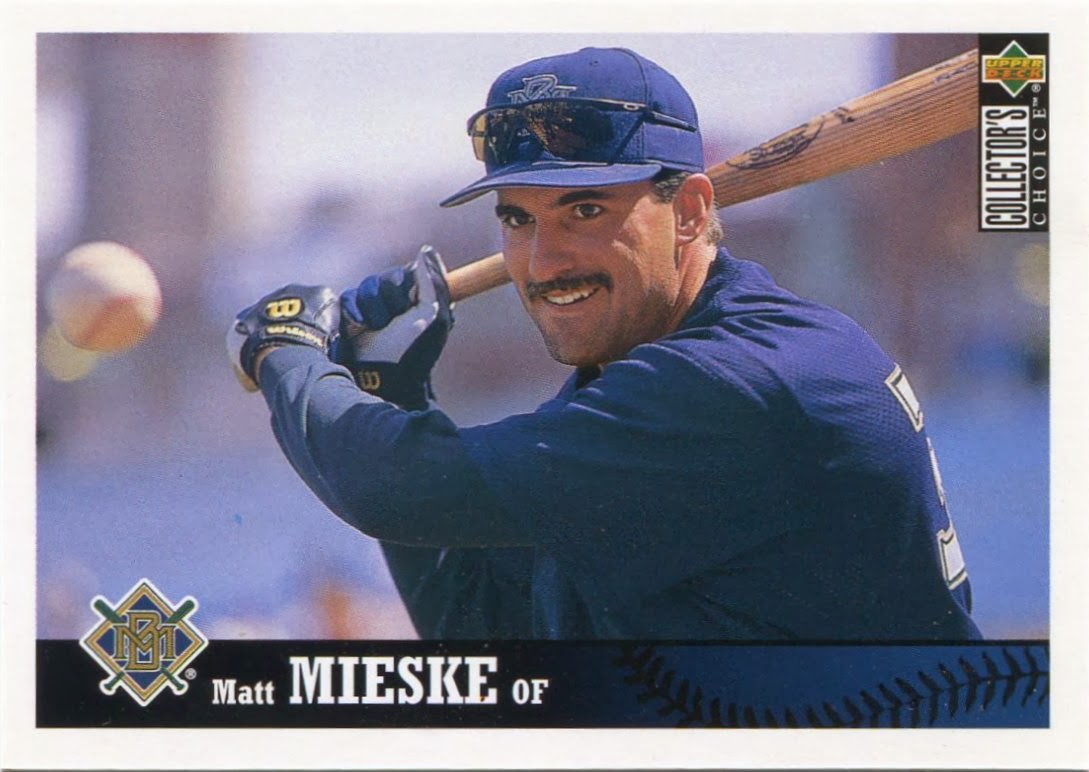 I actually just received this card from a very generous trade package yesterday.

I rather enjoy these warm-up batting shots. They're a nice deviation from your everyday action shots.

Besides, I've always been a little partial towards Collector's Choice. 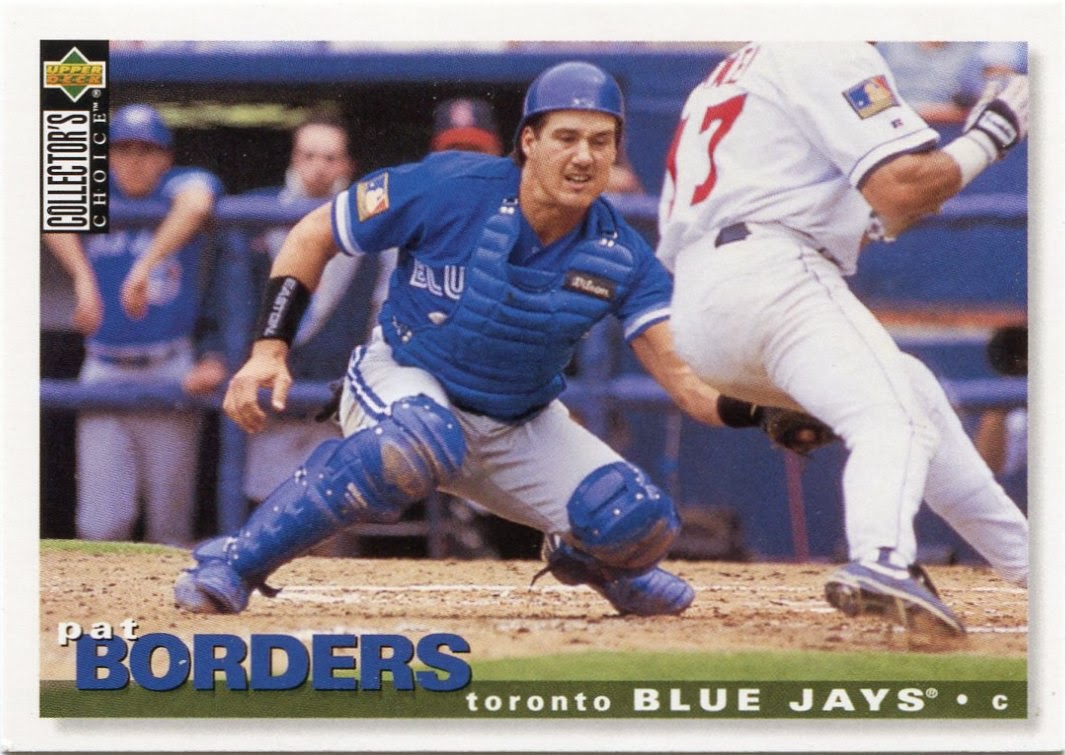 The brand earns yet another spot in my frankenset binder with this nifty "play at the plate" shot.

Never underestimate the power of Collector's Choice, my friends. 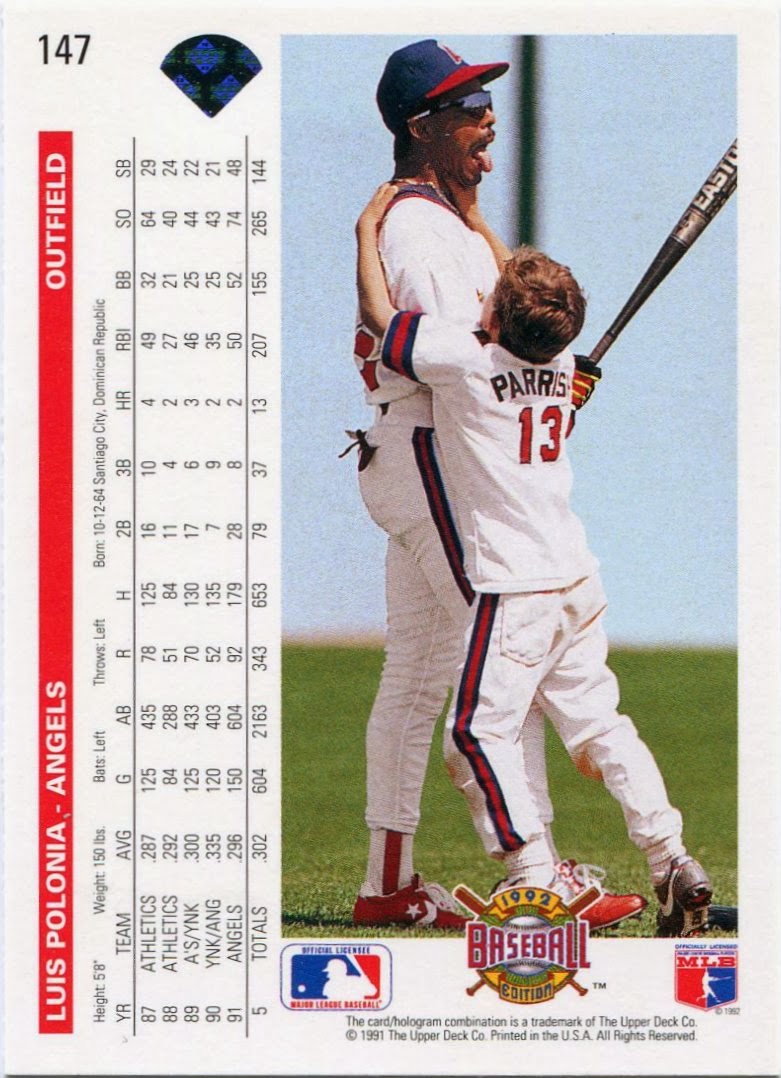 Though I enjoy the pitching shot of Polonia on the front of this card, the back is what cemented its place in this frankenset.

After all, it features a hilarious "cards with kids" shot for that mini-collection of mine.

And, no, I'm not going to place it back-first in this binder.

My cardboard OCD wouldn't allow it. 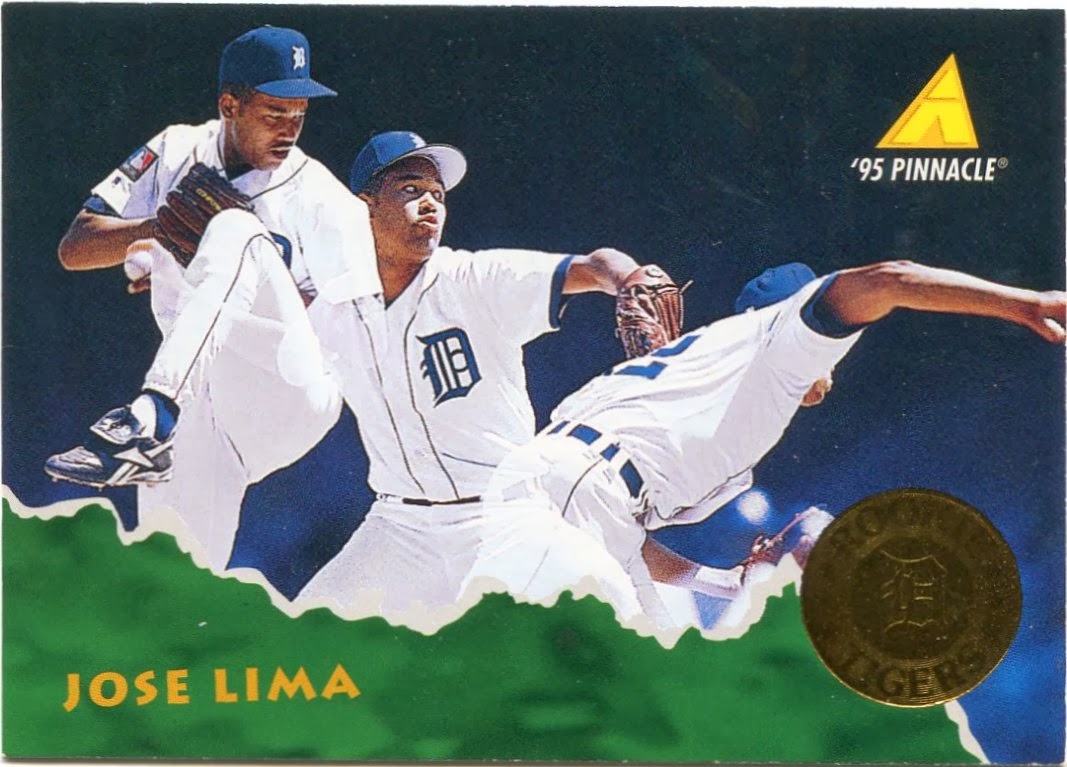 Now that is one sweet "multiple-exposure" shot.

I almost forgot Pinnacle even experimented with these things. 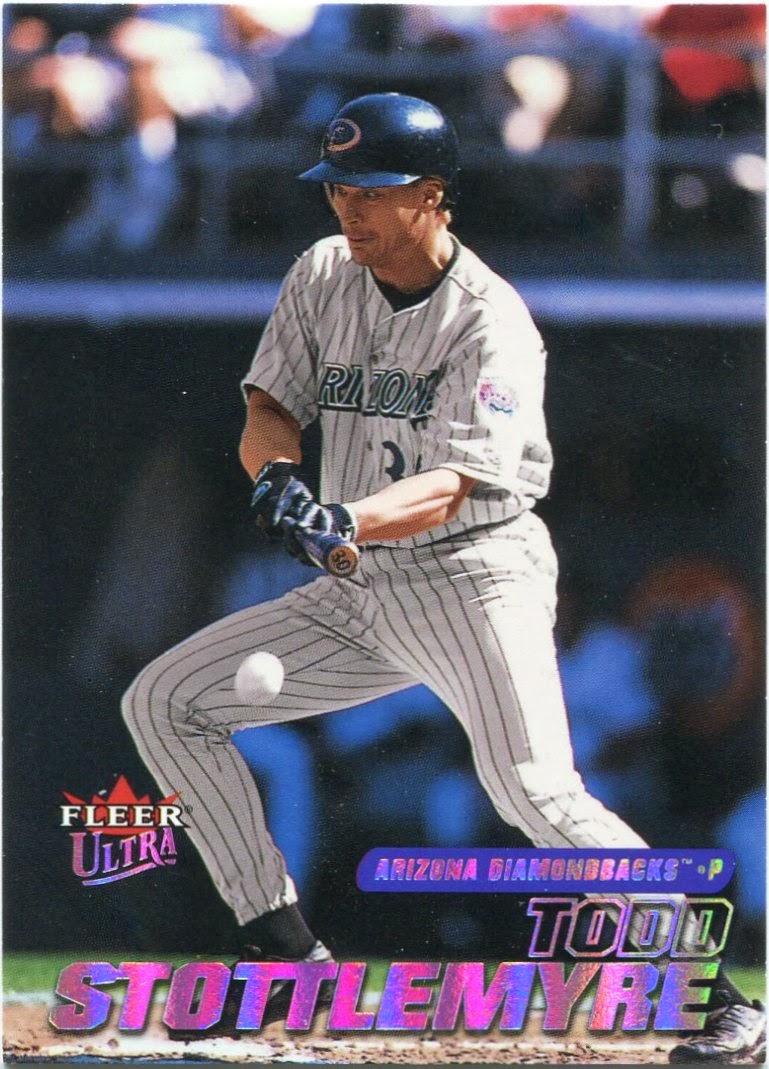 Looks like Mr. Stottlemyre got the bunt down successfully. 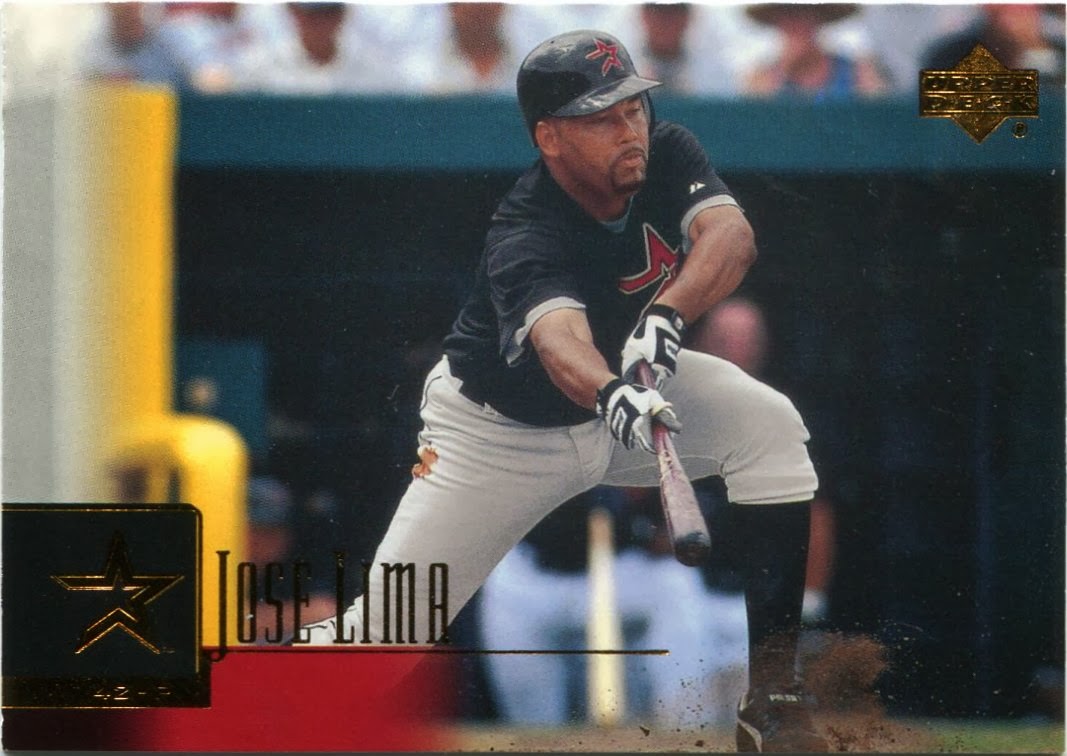 I'm pretty sure "Lima Time" is the first player to make multiple appearances on one frankenset page. Here, he's featured on yet another bunting "pitcher at the plate" shot. This one earns extra points for being horizontal.

Although his form doesn't look to be nearly as good as Mr. Stottlemyre's. 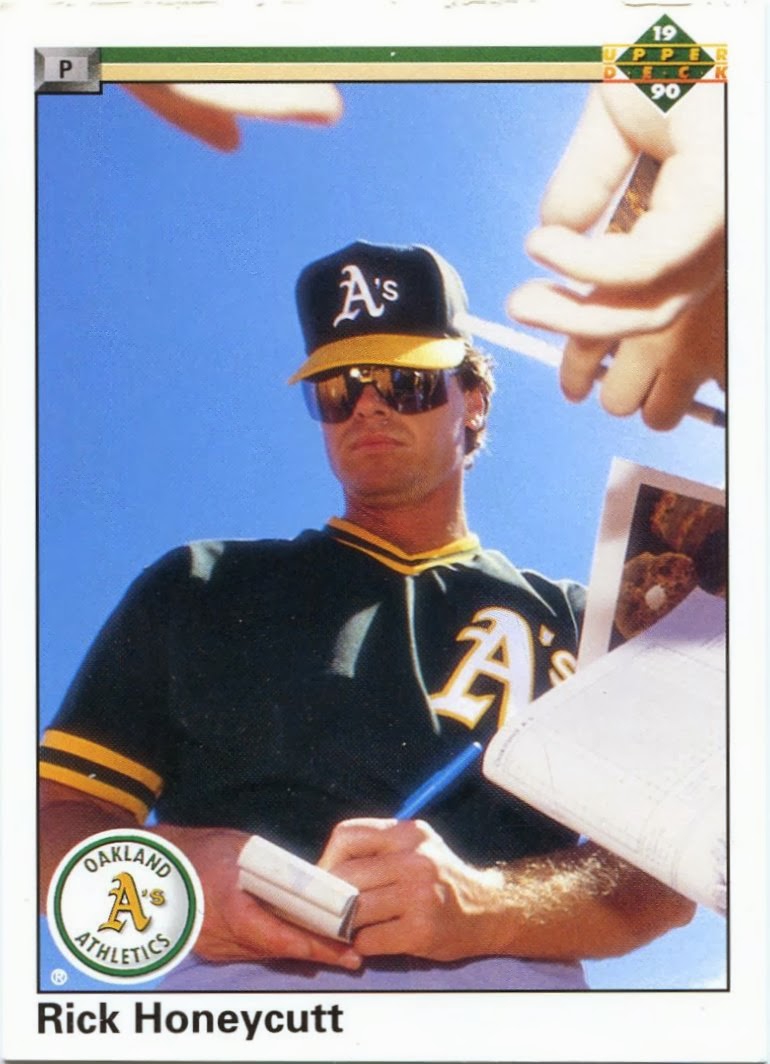 Out of the many I own, this is probably one of my favorite "autograph" shots.

I haven't seen that "under the surface" angle used on many other cards. 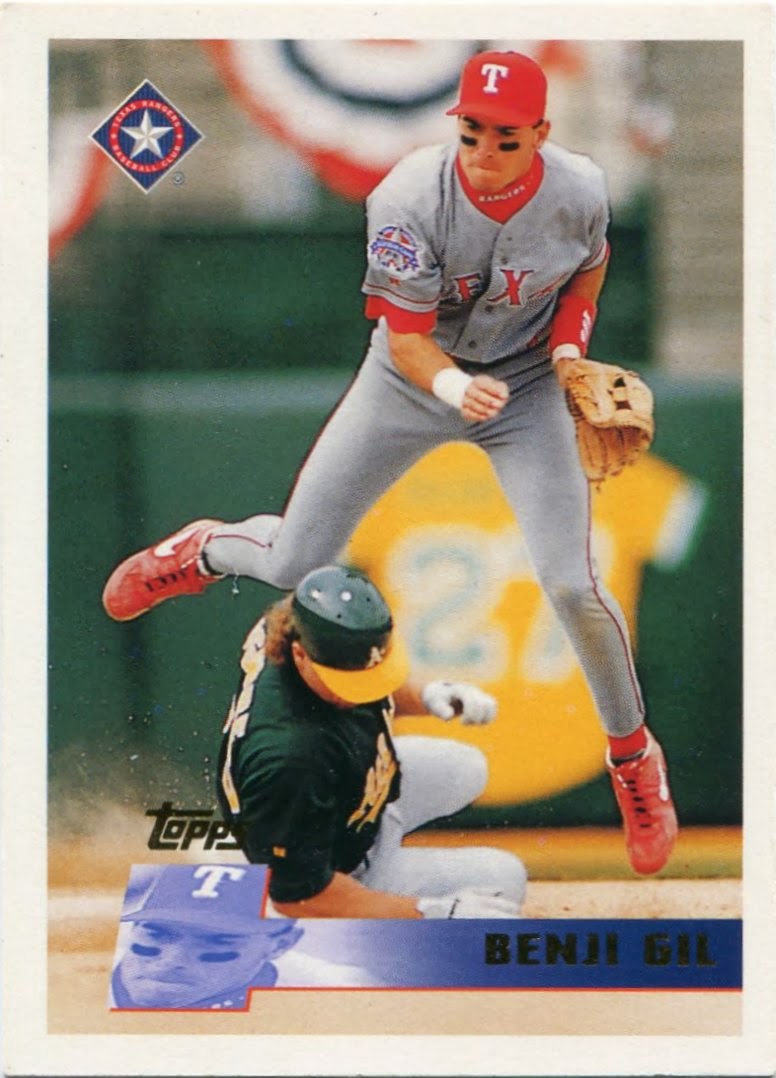 Note the lurking Catfish Hunter jersey in the backdrop. 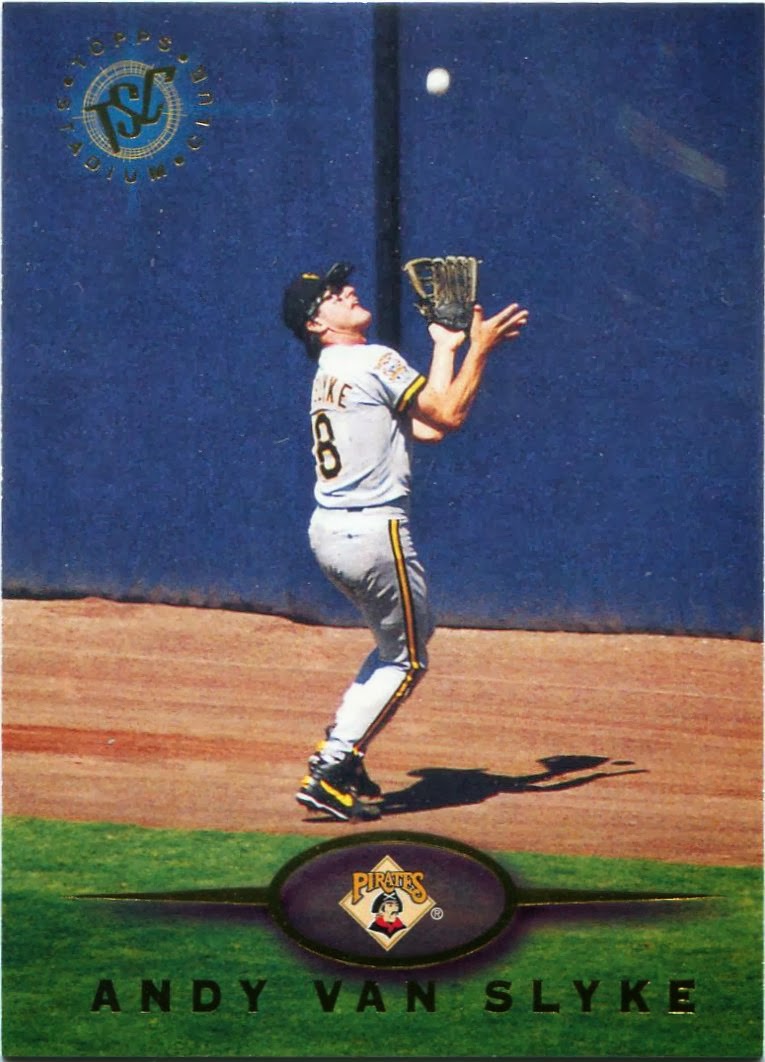 This page closes out with yet another example of Stadium Club's innate greatness.

I've had this wonderful warning track card in my frankenset since day one. It might well be a permanent resident.

Something really special would have to come along in order to knock this beauty out of my binder.

But, hey. You never know.

There's just so much great cardboard out there waiting to be discovered.
Posted by Nick at 3:09 PM

Wait... Pinnacle produced cards with multiple exposures too? I think I opened up Pandora's Box when I decided to start tracking those cards down.

The kid on the back of Polonia's card may very well be David Parrish, Lance's son, who had a few cards in 2001 after he was drafted high by the Yankees