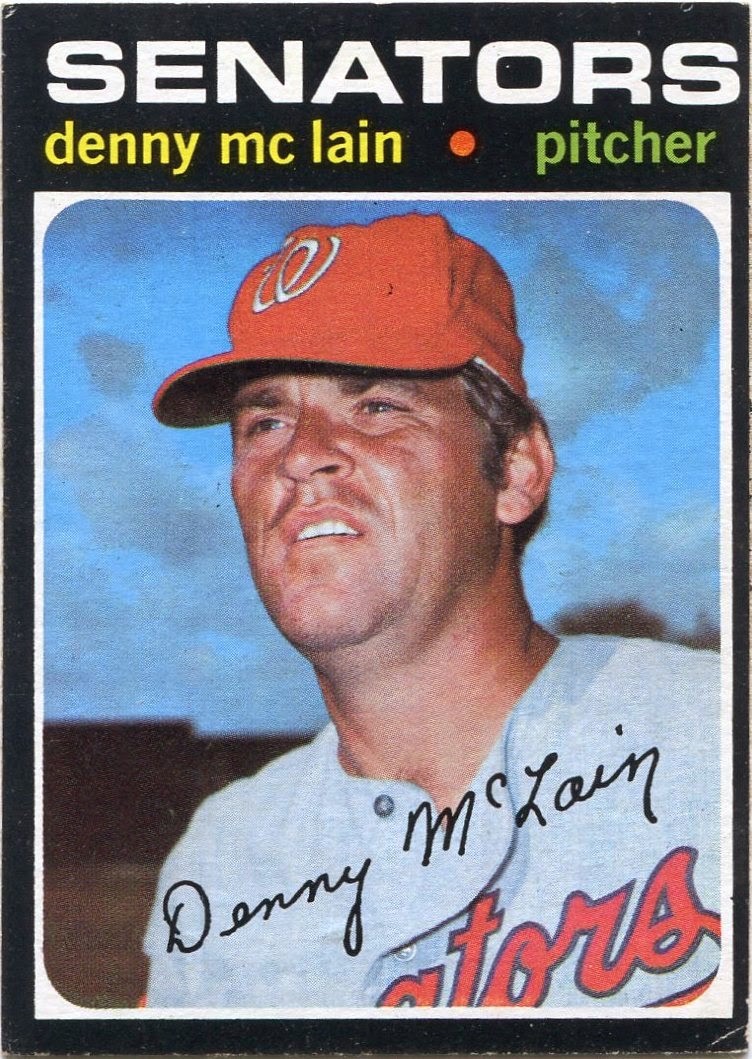 After attending a card show a few weeks ago, I've had a steady stream of awesome trade packages trickling in since.

On top of that, guess where I'll be tomorrow!

The big tri-annual gathering will be making its 2014 debut tomorrow. I haven't missed one of these puppies in at least five years or so. Unlike the show I attended a few weeks back, my dad will be in attendance for this one.

Between the Dodgers-Diamondbacks opener in Australia and this gathering, I'm going to have a lot on tap tomorrow. In what can often be a hectic and awesomely random few hours, I've found it helps to at least do a little prep work before a big card show.

The last time around, I did something that I'd never done before. I actually sought to track down a couple specific cards. The suspects were a '71 Topps Denny McLain and a '75 Topps Hank Aaron. And, wouldn't you know it, I found them both for reasonable prices.

It was a joyous day. 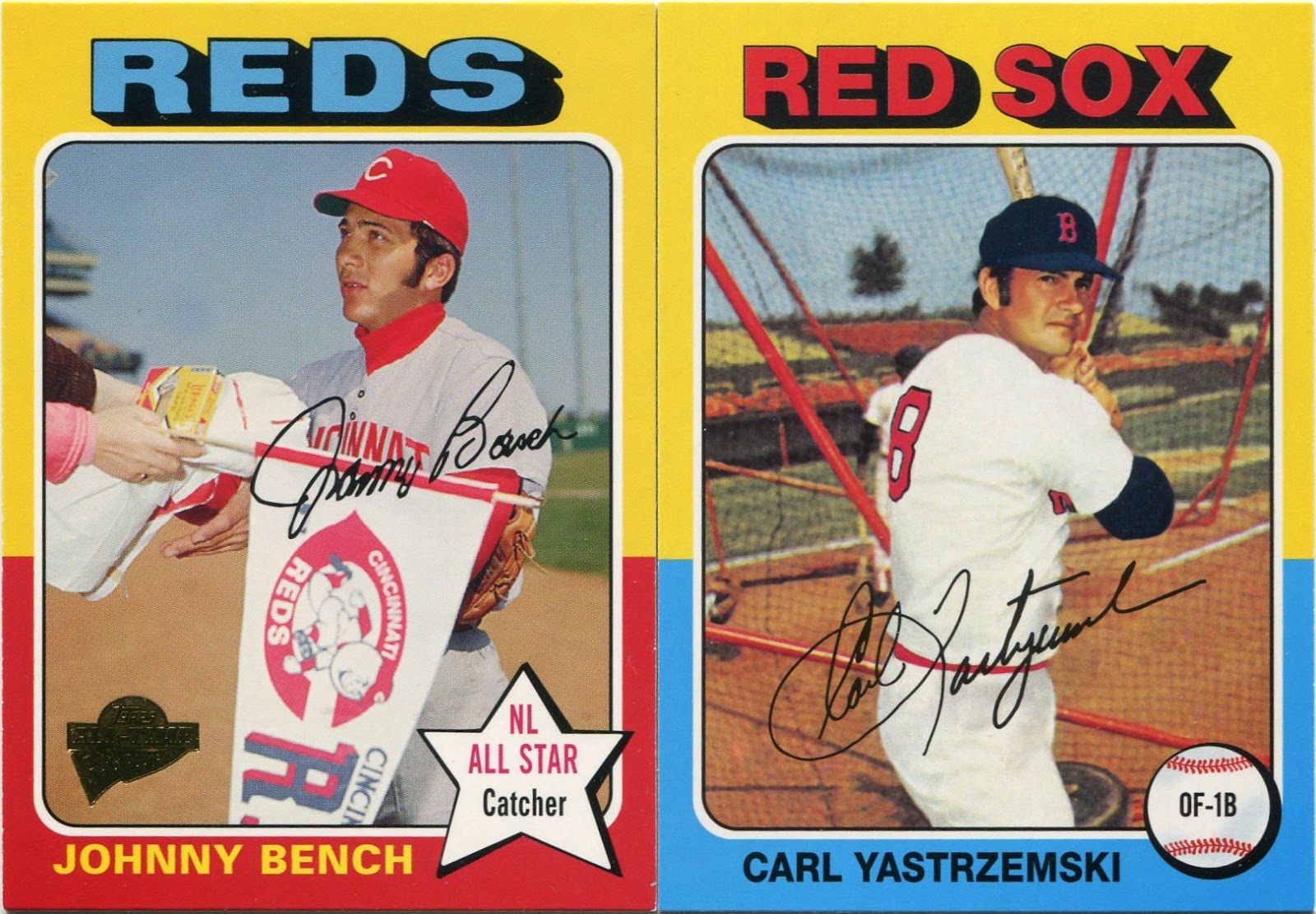 ...that I'll be trying it again tomorrow.

This time, I'm setting my sights on a couple '75s.

Though I own quite a few cards from this set, "Yaz" and Mr. Bench are two that have always eluded me. Since they don't go for too much, I thought I'd have found copies by now.

The best I've done is finding a Bench Fan Favorites issue with the '75 design and a reprint of the "Yaz".

Tomorrow, I'll be on the hunt for the real deal. 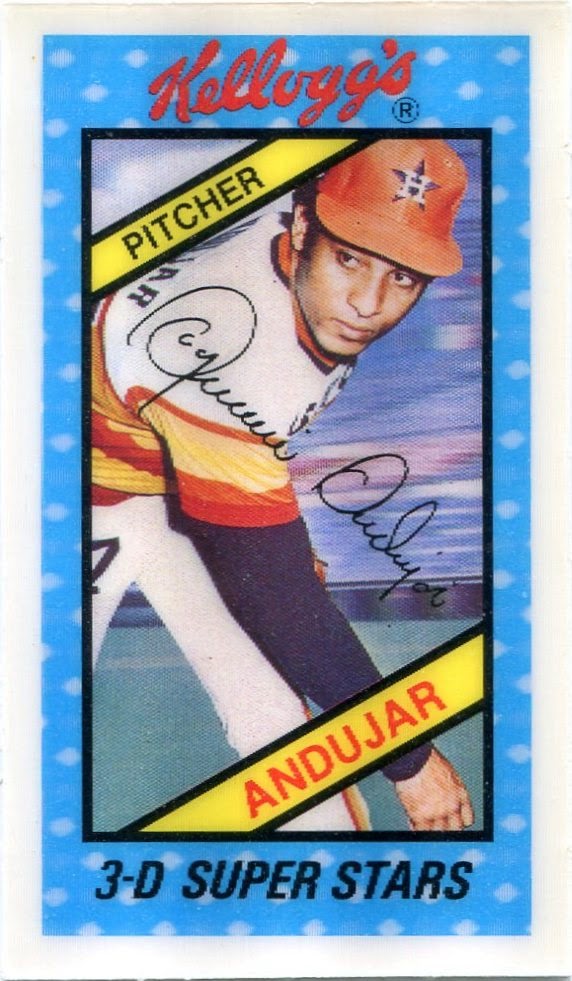 I used to be kind of apathetic about Kellogg's when it came to card shows.

I'd always wanted to track a few down, but it wasn't a big deal if I didn't. That all changed with the oddball extravaganza I lived through in November.

Now, I don't want to leave a card show without finding at least a couple Kellogg's. 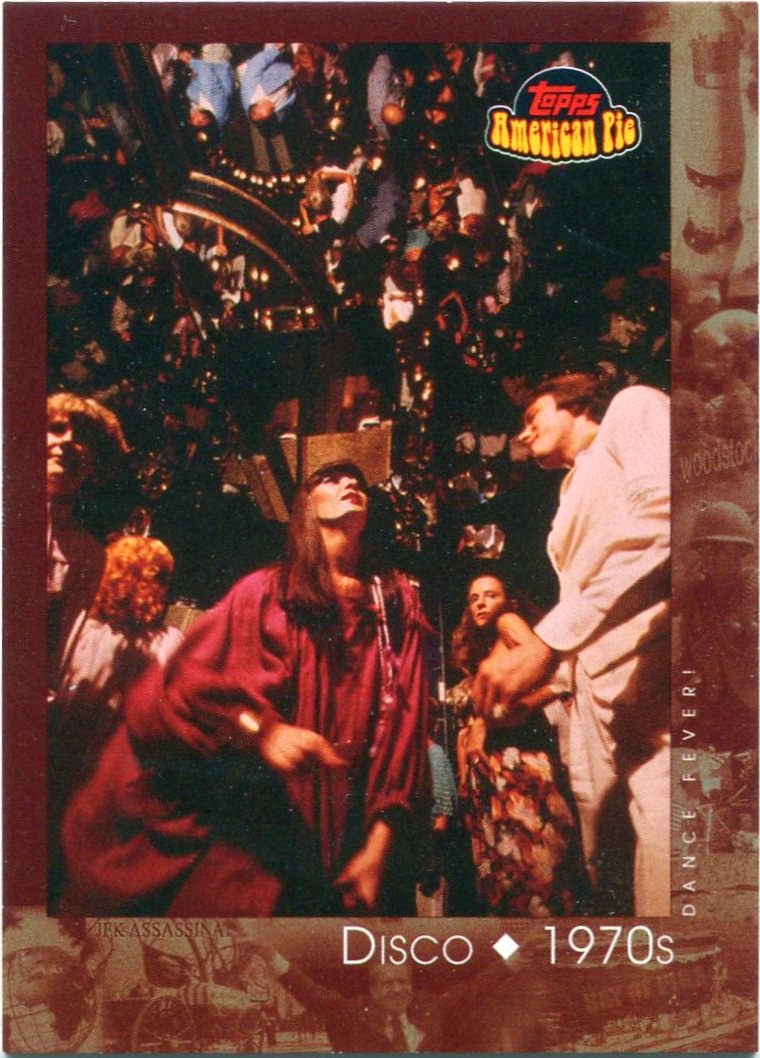 With the overdose of cards from about every sport imaginable at shows, it's easy to forget about my non-sports collection.

Lots of vendors don't even bother with cards like these, which is why I often come up short in this department. Still, I can usually dig up at least a couple non-sports additions at every show.

Disco or otherwise, they always make for cool finds. 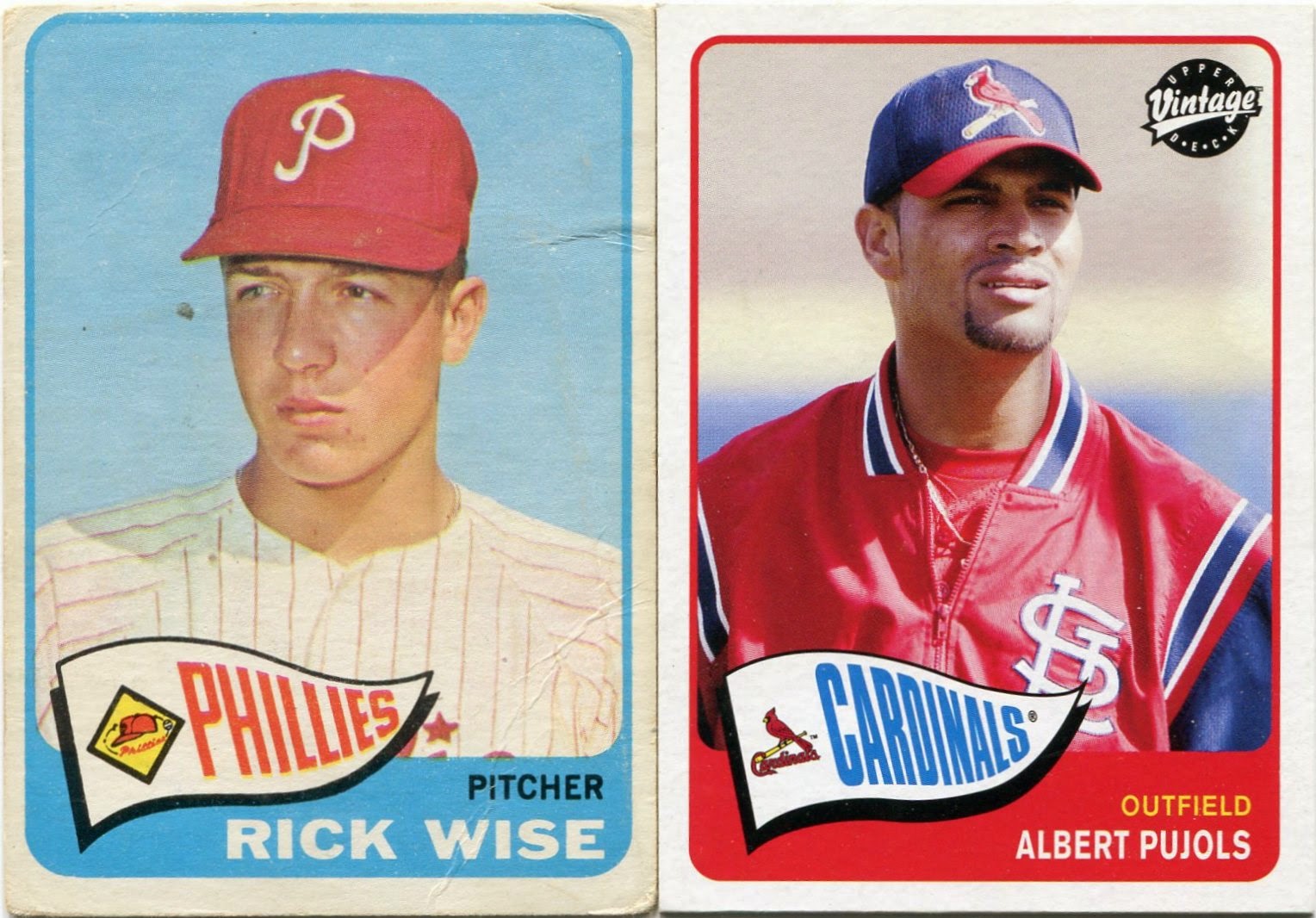 Goal #4 -- Heritage and the originals

This is probably my biggest hope for tomorrow's show.

I haven't busted a single pack of 2014 Heritage yet. Instead, I've had to jealously live vicariously through everyone else's posts on the matter. I've been staring at my bogus 2003 UD Vintage singles lately to help cure my Heritage longing.

Though I'll probably buy some from my local Target at some point (if they ever have them in stock), I'd love to find that case-breaking vendor with a huge dime box of Heritage singles ripe for the picking. Most shows I've attended usually have a guy or two with this type of setup.

I can only pray for one tomorrow.

In honor of this year's Heritage, I'll even make it a mission to pick up a couple original '65s this time around.

It is my all-time favorite set, after all. 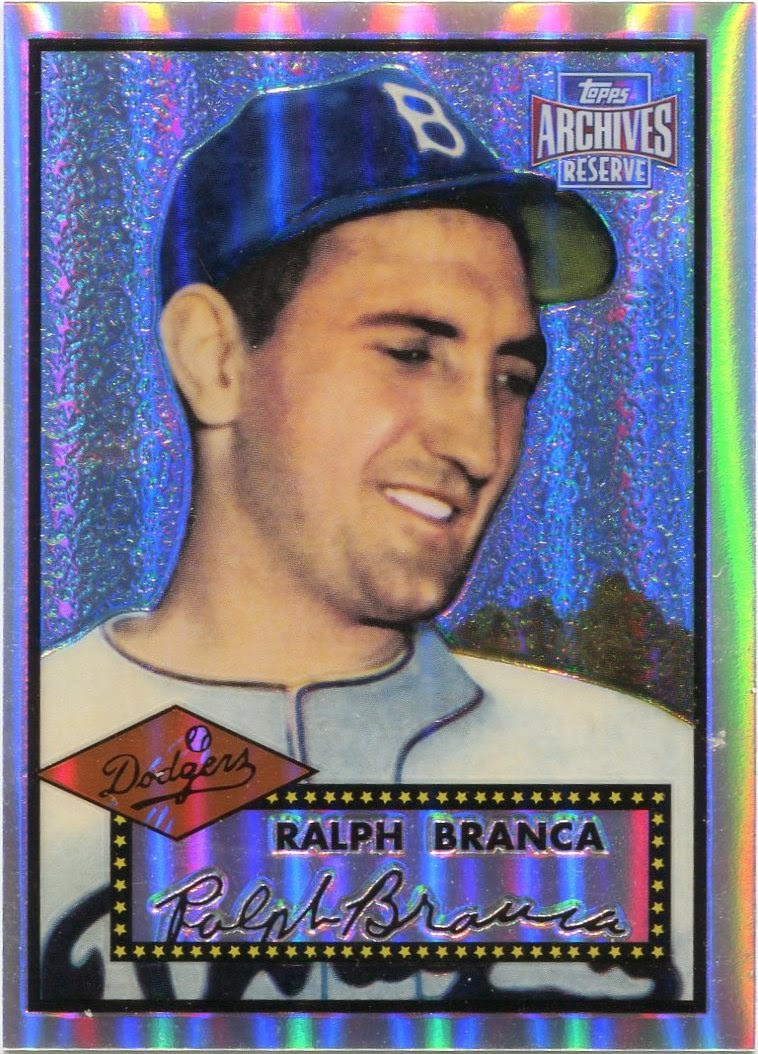 One thing I've learned since becoming a blogger is how fun shopping for others can be.

That's taken on a whole new meaning recently. In case you missed it, I went proxy shopping for Ethan of "Playing With My Cards" at that show I attended a few weeks ago. He sent me a little cash and I did the best I could to find cards I thought he'd like.

We'll be doing it again tomorrow.

On top of that, I'll partake in my usual shopping for Dodgers, Mets, Red Sox, Pirates, and all the other teams that some of my fellow bloggers collect.

Who knew proxy shopping could be so much fun? 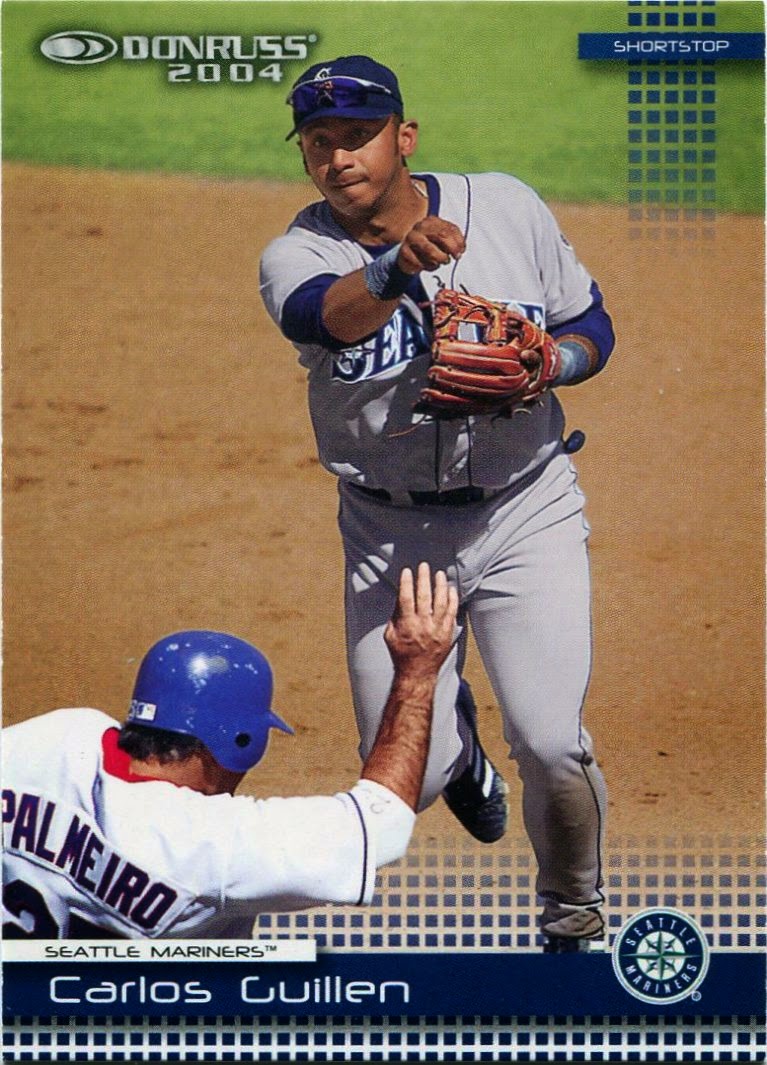 All of these "prep work" posts seem to end on the same note.

In the end, I simply let the dime boxes work their magic. Whether it be "double dips", "bat barrels", or other fun pieces of cardboard, they've left me satisfied at the end of each and every show I've ever attended.

I will forever be indebted to the world of dime boxes.

Naming this blog in their honor was the least I could do.

It's shaping up to be yet another fun-filled day of cardboard tomorrow. I'll even try and remember to take a few pictures in order to make the card show experience all the more real for my readers.

I'm out drinking with your uncle Phil right now but i'll be in card-shoppin shape tomorroe ,boy!.....looking forward to it!

Have a good show!

Good luck at the show. I hit one on Sunday

Good luck at the show!!