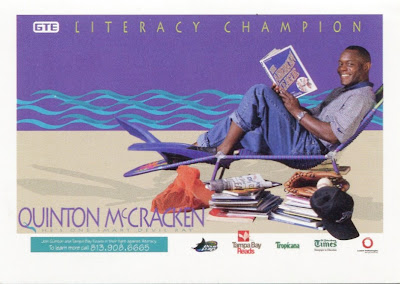 As I've mentioned in the past, I recently made the decision to become an English major.

What originally started as a passing interest in a few short stories I had to read for class morphed itself into one of my true passions in life. While it's true that the liberal arts aren't as widely valued these days (at least in the big picture of things), I know I'm doing what I love.

Writing in particular has become one of my pastimes. I'm either writing, thinking about writing, or reading in order to inspire my future writing. (I just finished a couple Don DeLillo novels and am currently diving into Slaughterhouse Five, for what it's worth.)

Better yet, I've had a fair amount of success with my writing. I've had two stories published already, won a school award for my Paul Konerko piece, and even had a couple paid gigs. (Please forgive me if this sounds like bragging.)

Though my love for literature often seems like a newfound passion, blogging planted some of those seeds within me. 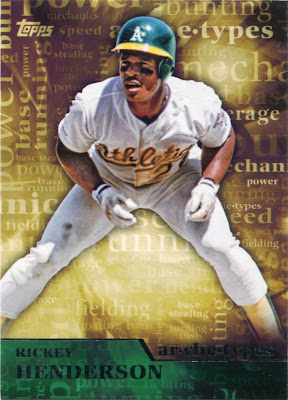 On a fairly basic level, I think blogging has indeed helped with my standard grammar and writing style.

The sloppy structure of some of my earlier posts makes me shake my head sometimes. Not that I'm a flawless writer now or anything (far, far from it), I think I've vastly improved in the three-plus years I've been running this blog.

There are a lot of run-ons and I didn't quite know how to structure sentences and my ideas ran all over the place and I put "quotes" around "every" other "word" for some reason and it just got to be a train wreck at times.

I think you'll see what I mean if you dig deep enough into this blog's archives.

Do so at your own risk. 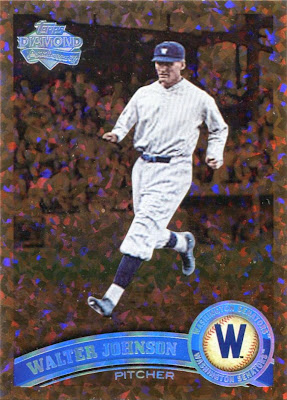 On purely an observational level, blogging taught me to pay closer attention to my cards.

To me, capturing the full beauty of a given scene is one of the most important traits a writer can develop. I work on my ability to do so all the time.

In the past, I had a tendency to glance at a new card once or twice and then stow it away in my binders. That's what I did with this Walter Johnson, a beauty that I pulled straight from a pack of 2011 Topps Update.

It wasn't until fairly recently that I realized "The Big Train" is actually running the bases in this particular shot, which instantly makes it one of the centerpieces of that particular mini-collection of mine. (It's tough to tell from the scan, but he's just about to cross home plate.)

If you look hard enough, you'll always find something new to love about your collection. 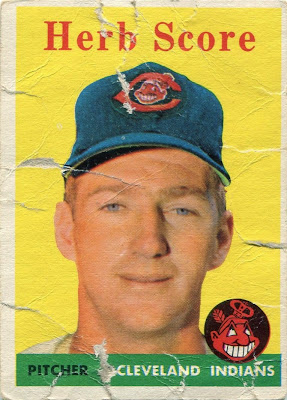 Acquiring my infamous washer-used George Brett was one of my turning points as both a card collector and a writer.

If we're talking pure strangeness, it might be my all-time greatest find (dug up from a 20/$10 card show bin). From a writing standpoint, however, I became obsessed with developing a backstory that explained how the card got to look the way it did.

Did a bright-eyed kid accidentally leave it in his pants pocket one afternoon? Did a jealous friend destroy it out of vengeance? Was it the fault of an unknowing parent? I don't know.

All I know is that my mind starts racing anytime I find a left-of-center card these days. I don't know why someone took a pair of scissors to this '58 Herb Score (found in a 5/$2 box). It's anyone's guess, yours or mine.

Maybe I'll write a story about it one day. 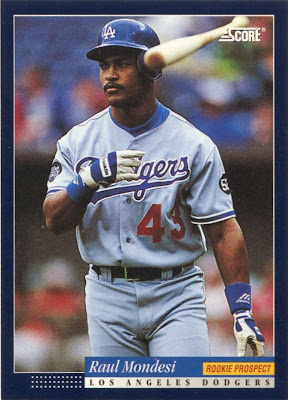 As any longtime blogger will tell you, this is a community of ideas.

I've been on a constant search for future post topics since the birth of this blog. Every time I think I've exhausted every possible avenue, a few new ideas present themselves. And then a few more. Deep down, I know that I'll never truly run out of topics with a collection like mine.

Funny thing is, I probably haven't even used about 80 percent of the ideas I've come up with. I've had the idea for a post about flying objects (bats, helmets, etc.) simmering for around a year, but haven't gotten around to crafting a full post out of it.

To me, it's not really about whether I use the ideas or not. Coming up with them is the important part, mostly because it keeps my mind fresh. It's the same with my non-card writing. I have a couple pages full of future story ideas, but I doubt I'll ever get around to using most of them.

Everything blossoms from an idea. 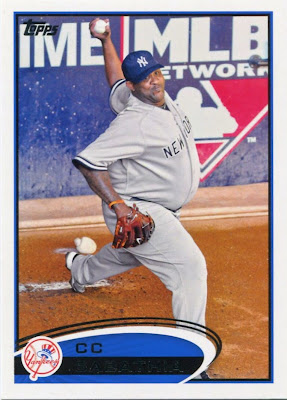 Most of all, I think blogging has been most beneficial in terms of sheer practice.

Once I hit "publish" in a few minutes here, this will be the 1,408th post I've written for this blog. Though I know I've repeated myself a number of times (see: all the time), I like to think that I've covered a wide range of topics from a varying degree of angles in those 1,408 posts.

My blogging timetable is anywhere from a half-hour to about a full hour on most days, depending on the topic. I usually devote larger chunks of time to my fiction writing when I can, mostly late at night around midnight or one in the morning because nighttime inspires me for some reason.

Blogging, in a lot of ways, is like a bullpen session for me. Everything I've described in this post warms me up for the writing I choose to do later in the day.

On top of all that, I think this blog has shown me just how fun writing can be. I don't know if I say this enough, but I honestly do have a ton of fun writing about my collection. Starting this little blog on a cold December evening in 2011 was one of the best decisions I've ever made, no doubt about it.

Little did I know that it'd inspire a future passion in my life.
Posted by Nick at 6:24 PM

You might be surprised at the number of places you could work in the future if you have a good command of the written word.

As you have said here, blogging is writing. It's practice. The biggest way it has helped me is to force me to be clearer -- to write with more precision in getting my point across.

You are an excellent writer, Nick -- keep up the great work and the blogging bullpen sessions!

Hey, when I was a kid I had that American League book Quinton is reading! That takes me back.

And yeah, you're a heck of a writer! Keep it up.

Nick. Always a great read. I have a passion for reading sports and I must say your blog is at the top of my reading list.

Vonnegut is one of my favorites ! I actually sent a book written by him to Julie in one of our trades