Yes, we've got a video 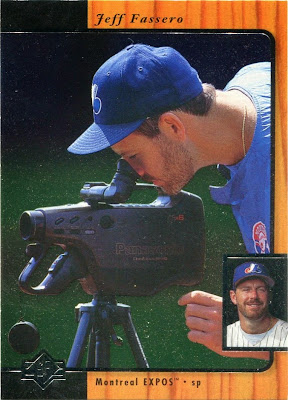 I don't have to tell you that collecting isn't exactly the most well-covered hobby these days.

Sports cards rarely make it into the mainstream media anymore. On the rare occasion that they do crack the newscasts, it's usually some story about either a high-dollar rookie card or the doomed state of the hobby (or something along those lines).

The fun of everyday card collecting isn't something you can succinctly document through a video. A lot of the joy I get out of this hobby is internal and almost impossible to visualize. That said, a few fellow collectors have tried, and have done so to fairly successful results.

I spent the afternoon scrolling through some videos about this hobby that we love so much. 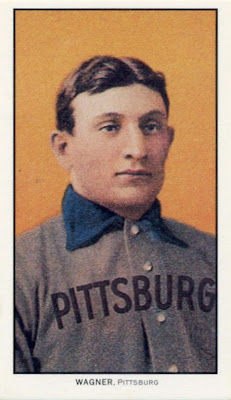 As you might guess, there's been a fair amount of publicity surrounding the famous T206 Honus Wagner.

I'm not a huge ESPN fan, but I have enjoyed their "30 for 30" programs. One of the shorts from the series deals with the history of the Holy Grail of baseball cards. The feature includes interviews from both card collectors (including Keith Olbermann) and those involved with the business end of the hobby (including the head of PSA).

Perhaps the most fascinating aspect of the episode revolves around the controversy regarding the alleged trimming of the T206 Wagner. It's almost inconceivable that a century-old card could still be in such good shape. After watching the short, I'm convinced that it was trimmed at some point.

But I'll let you decide for yourself. 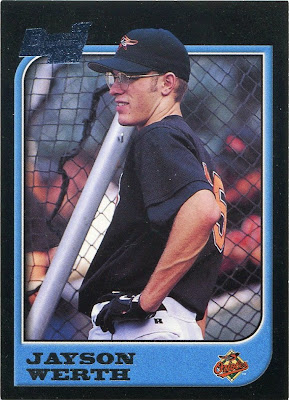 The "gloom and doom" news reports about the hobby are a dime a dozen.

Yes, I know that brick-and-mortar card shops are closing and that there are over 1,200 different Jayson Werth cards in existence and that the hobby is on the downside...what else is new?

One particular report, however, stands out to me because it features a Topps photographer in action. I've never gotten a glimpse of that side of the hobby before. As you might guess, the system does have a very "keep the line moving" feel to it.

You can even see some players, including Werth, flat-out refusing to smile for their photos, which explains his muted demeanor on almost every card I've seen of him. 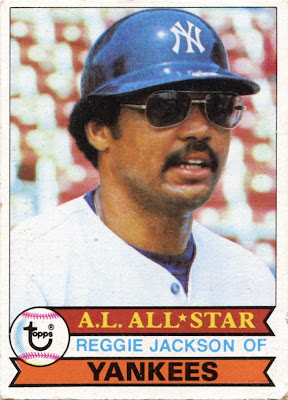 This next video showcases the inner workings of a little baseball card shop in New York, and it's one of my absolute favorites.

I first stumbled upon it years ago and have probably watched it about a half-dozen times since. It starts out with the owner pricing a '79 Reggie Jackson at five to ten bucks, which surprised me a bit since I picked up my copy for a quarter.

The customers are about what you'd expect. People flicking the packs in hopes of high-dollar cards, people busting boxes and leaving the base cards on the counter, people lamenting the lack of kids in the hobby while dropping $250 on a box of cardboard. Yes, they're all there.

But there's still something innately special about the aura of a friendly little corner card shop that makes this video a must-watch.

(Sadly, I heard the shop closed a few years back.) 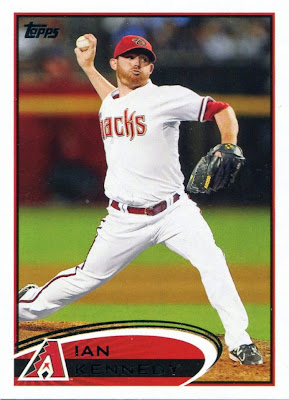 All things being equal, working at Topps is pretty much my dream job.

While that may never happen, MLB Network filmed a behind-the-scenes look at Topps HQ back in 2012. More specifically, the segment features scenes from the 2012 Topps Rip Party back when the set was first hitting the shelves. (The surfboards seem like so long ago now.) 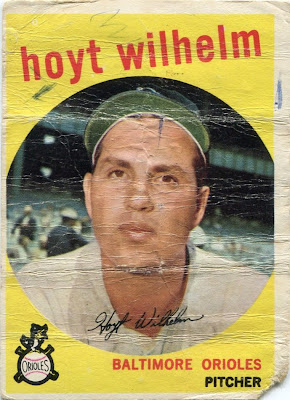 Bob Costas did just that after Sy Berger's passing earlier this year, reminiscing about Berger and all the games kids played with their cardboard back during the golden age of the hobby. Part of me wishes I grew up during that time period.

But at least I have a few artifacts from the days when flipping was all the rage. 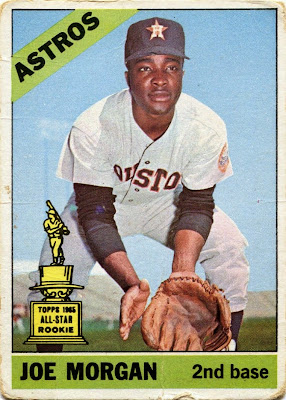 The National is coming back to Chicago in 2015.

If I can scrape up the necessary funds, I fully plan on attending. The show isn't exactly geared towards collectors such as myself, but it's still a ton of fun. Everyone should hit the National once in their lives if they can manage to do so. It's vintage heaven, among many other things.

But, if not, you can live vicariously through the lives of other video-sharing collectors. One offered a glimpse at last year's National in Cleveland.

The video's only four minutes long, but I still found myself wiping drool from my keyboard. 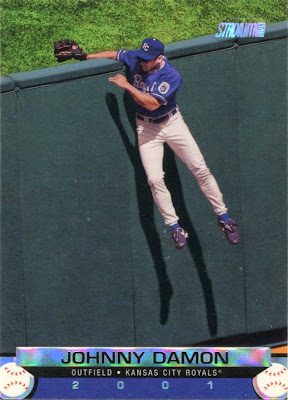 That said, I have to admit that, at least personally, bigger shows like the National are a bit overhyped.

You can find a similar level of hidden gems at smaller, hotel-type gatherings. (And they don't gouge you with a $20 admission fee like the National does.)

I enjoy the smaller shows because they fit my personality a whole lot better. The rooms are quieter, the people are nicer (for the most part), and there isn't someone trying to sell you something in every other aisle.

This video captures a lot of that. There's still some drool-worthy vintage to be seen, but you'll also catch a glimpse of the more calm, conversational nature of smaller hotel shows. And, hey, there's even a dime box sighting for all you remaining non-believers. Who knows what kind of gems might be hiding in there. Maybe something like this amazing Johnny Damon.


I enjoy writing card show posts whenever I get a chance to attend one, but I'll be the first to admit that they can be difficult to compose.

It's hard to bring a third party into your own personal show experience at times. The sights, sounds, and smells (yes, smells) are hard to duplicate.

Maybe I'll film a video of my own the next time I hit a show.

(And, in case you didn't get the reference in the title of this post...)

To live, love, while the flame is strong.
Cause we may not, be the young ones, very long.

Great post man. I am watching the Braves game now but will def watch some of these videos later. I know what you mean by smells, I definitely smelled my vintage cards I bought at the show this weekend.

Thanks for the suggestions Nick! I can't wait to watch these videos.

Great stuff. I spend at least 10 to 20 minutes each day browsing sports card videos. I especially love the ones where they garner national attention.