Feeling bad for the mailmen 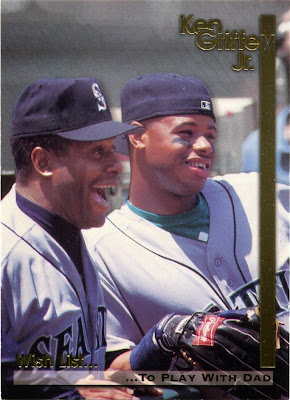 One of my friends recently started working for the United States Postal Service.

He's a door-to-door mailman and works around 50 hours a week. He makes decent money, but, boy, does the job take a lot out of him. My other friends and I don't usually see him after around nine or ten at night because of how tiring the work is.

All I can say is that I hope he doesn't have any crazy card collectors on his route, because they can sure create a lot of extra work for all the mailmen and women out there. One such individual is T. J., a man you probably know as The Junior Junkie. The Junkie, as you might remember, recently went on a mailing spree worthy of the Guiness Book of World Records.

I was one of the many lucky recipients. 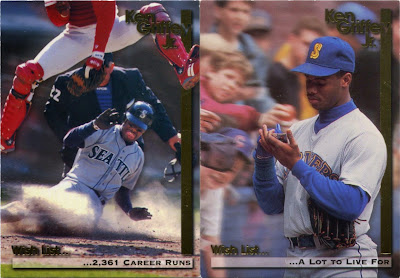 My gift just so happened to come in the form of a bulky flat-rate box.

It came during a period of about a week or so where three huge boxes arrived on my doorstep (one of which I recently displayed). Like I said, I really hope my friend doesn't isn't forced to deliver to any bloggers, because the workers around my neck of the woods really earn their paychecks.

There were, of course, a fair amount of Griffeys in The Junkie's mailer, but that's pretty much a given. It's like saying they sell burgers at Burger King. Of course there were Griffeys.

Some of my favorites were the trio of Juniors in the above scans, coming from the oddball-ish 1995 Megacards checklist. 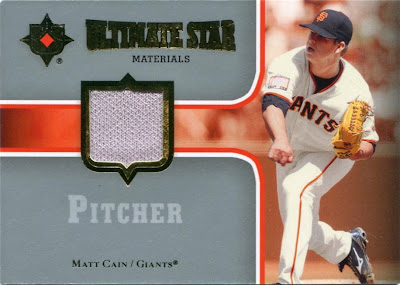 Once the Griffeys were taken care of, The Junkie went to work on my player collections.

My apathy towards jersey cards has been well documented, but I don't want to give off the wrong impression here. I will most certainly take them for my player collections, and I'm glad to have any people choose to bestow onto me. Like this Matt Cain, for instance.

I just don't hold them to the holy status that big money collectors do. 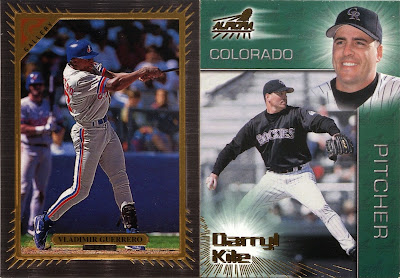 The Junkie stuck to base cards with the rest of the mix.

Because I'm just a base card kind of guy. 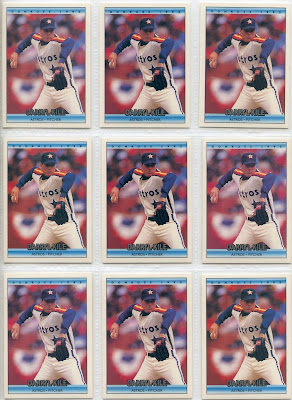 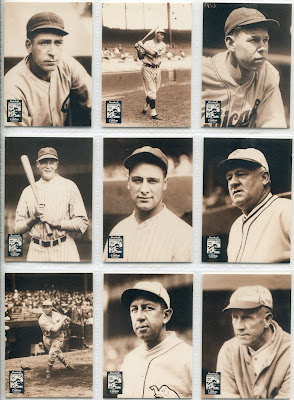 The Junkie seemed to know that Conlons make for a fast bipping antidote. This is one of a decent number of checklists that feature the photography of Charles Conlon, and, like all the others, it's fantastic.

I'm especially fond of the player diversity that The Junkie included. You've got bigger stars like Lou Gehrig and Jimmie Foxx, but more forgotten names like Dolf Luque and Lefty O'Doul are also represented.

You're always in for a little fun with Conlon. 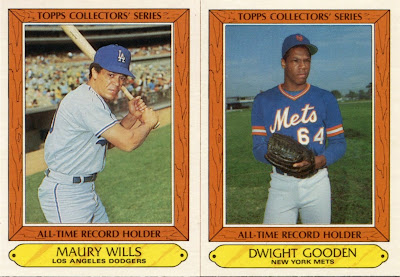 I still can't get over the sight of Dwight Gooden wearing #64. 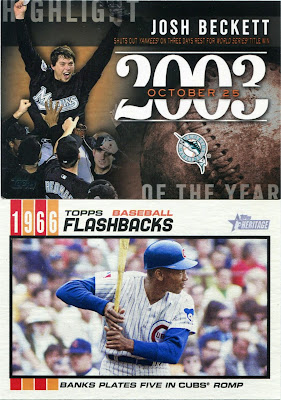 A few shiny new 2015 inserts made their way into the pile as well.

I just realized that I'd forgotten what young Josh Beckett looked like up until now.

I've become so used to seeing him as the aging, crafty veteran in recent years. 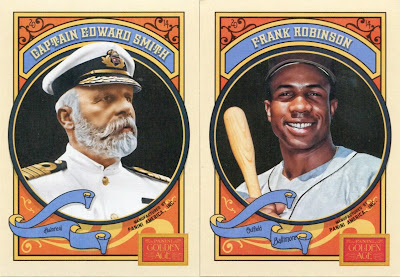 I feel compelled to defend Golden Age every time I post these cards.

But I won't today.

Enjoy cards of Frank Robinson and the captain of the Titanic in the meantime. 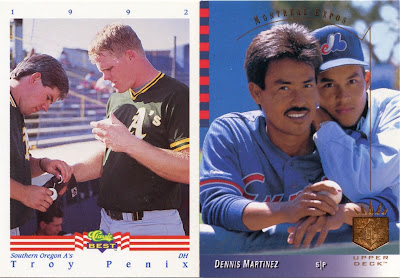 I don't know what to say about these.

There's some kind of bromance going on with that Dennis Martinez, and Troy Penix looks to be getting medical attention for some sort of injury.

As if having a last name like Penix wasn't bad enough. 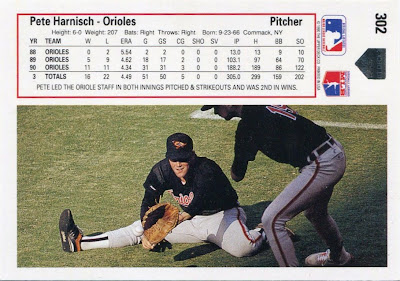 The blogosphere was where I learned to appreciate both sides of the baseball card.

If you look hard enough, there's a lot of gems to be found on flip sides. 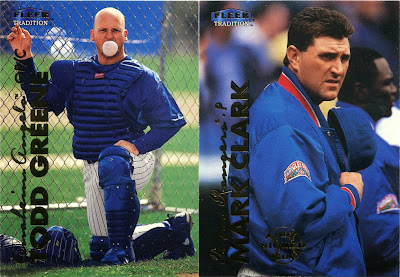 I was hipped to the greatness that is 1999 Fleer Tradition thanks to a recent Just Commons order.

The Junkie added to the fun by throwing in these two beauties, neither of which made it into my shopping cart during that original Just Commons purchase.

Bubble blowing and anthems are always a welcome sight. 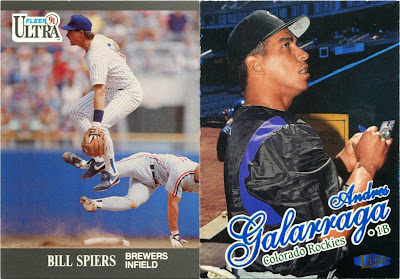 I'd say around 95 percent of the packages I receive have some sort of mini-collection action going.

This one continued the trend. I'm not 100 percent sure the Spiers is a double dip (the camera angle makes it tough to tell), but I'll count it as such for the time being. The Galarraga is a surefire autograph shot, although I can't quite tell what card he's signing there.

Might it be time for a little detective work? 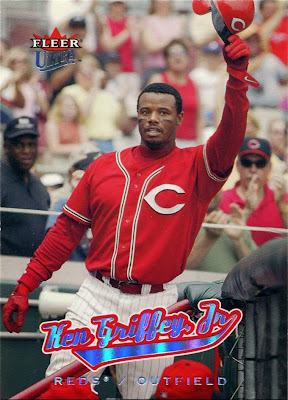 No matter how you slice it, The Junkie certainly earned a tip of the cap for this wonderful array of cardboard.

And, while I'm at it, I must say that the mailmen and women of the USPS are most deserving of a tip of the cap as well.

Especially those unfortunate souls who have to deliver these wacky card-filled boxes to collectors like myself.
Posted by Nick at 6:08 PM

Think of what it must be like to be the Hazel Green, Alabama, post office workers -- with JBF coming in and dropping off box after box after box!

On that Dennis Martinez card, is it possible that is his son on the card with him? The boy looks a little young for bromance!

For a second I thought Todd Greene was flipping the bird while blowing that bubble.

Love those Golden Age cards, never seen those before.

Great stuff from TJ. Make sure your friend hangs in there at the PO. After 10, then even better after 20 years, the benefits are priceless! SERIOUS!

I don't send Griffeys to just anybody!

And of all the postal carriers in all the cities in all the world, yours is the one I pity most.

And, of course, Hazel Green, Alabama.