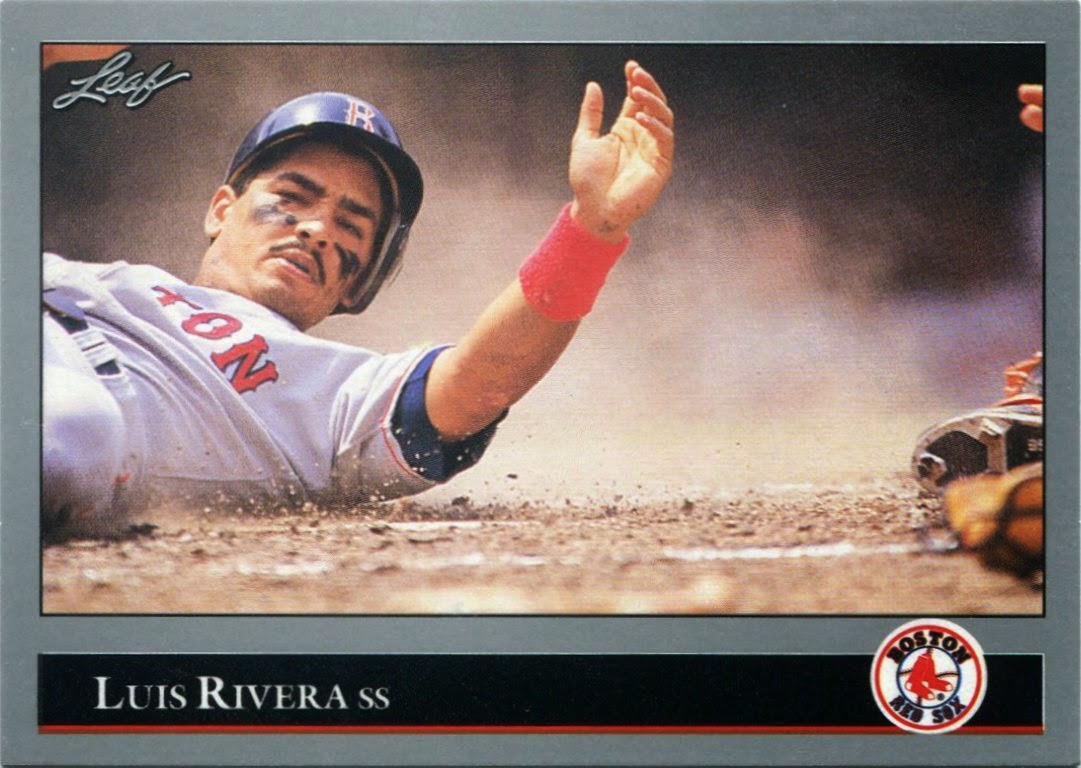 I agreed with the masses this time around in voting for Mr. Rivera, who ended up taking eleven of the 34 total votes.

I don't know if I've ever seen a more oddly-cropped card. Half of the guy's body is out of the frame, surrounded by a cloud of dust in a shot that looks like it was taken with a camera imbedded in the dirt.

It's just a strangely fantastic baseball card all around. 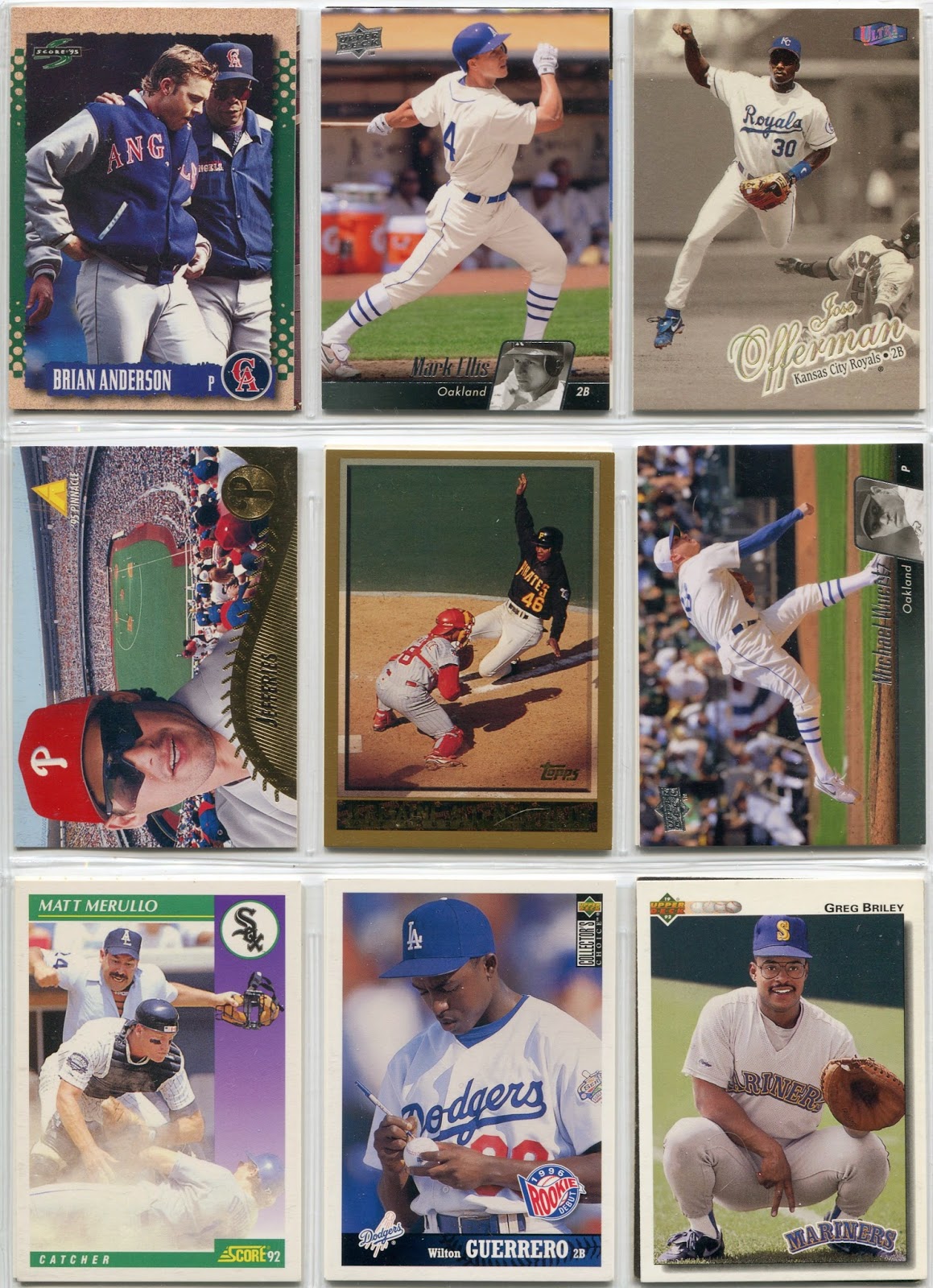 On that note, let's get into this week's page.

We're back to a full page of nine nominees now. 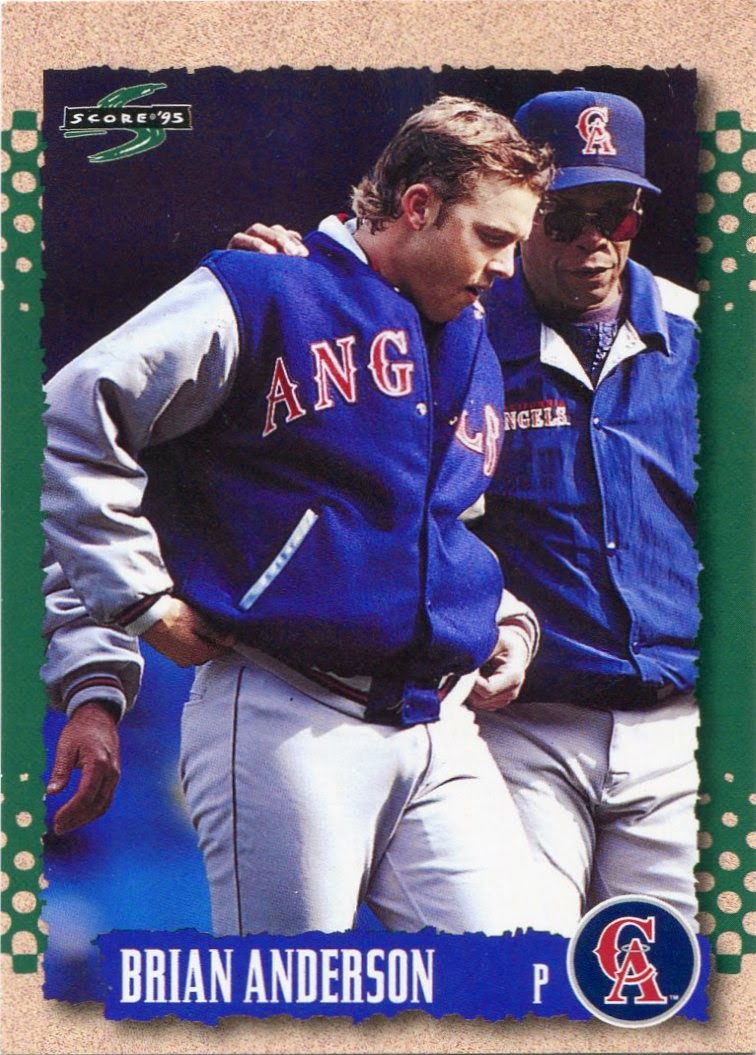 It's all about the Rod Carew cameo. 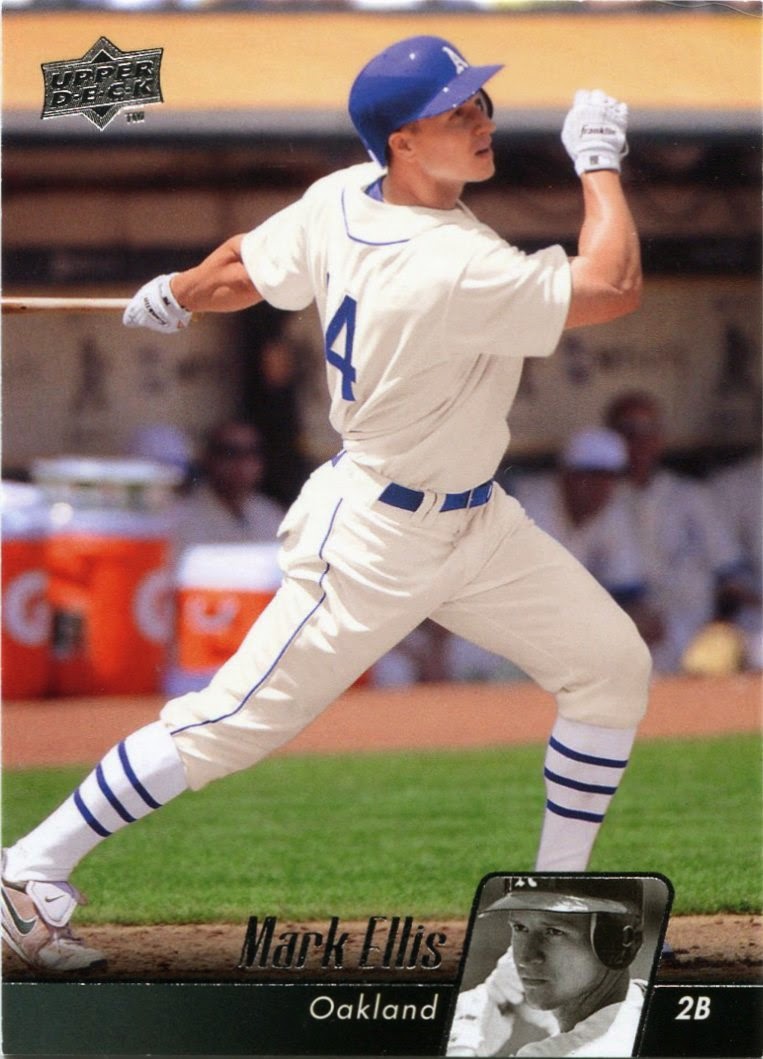 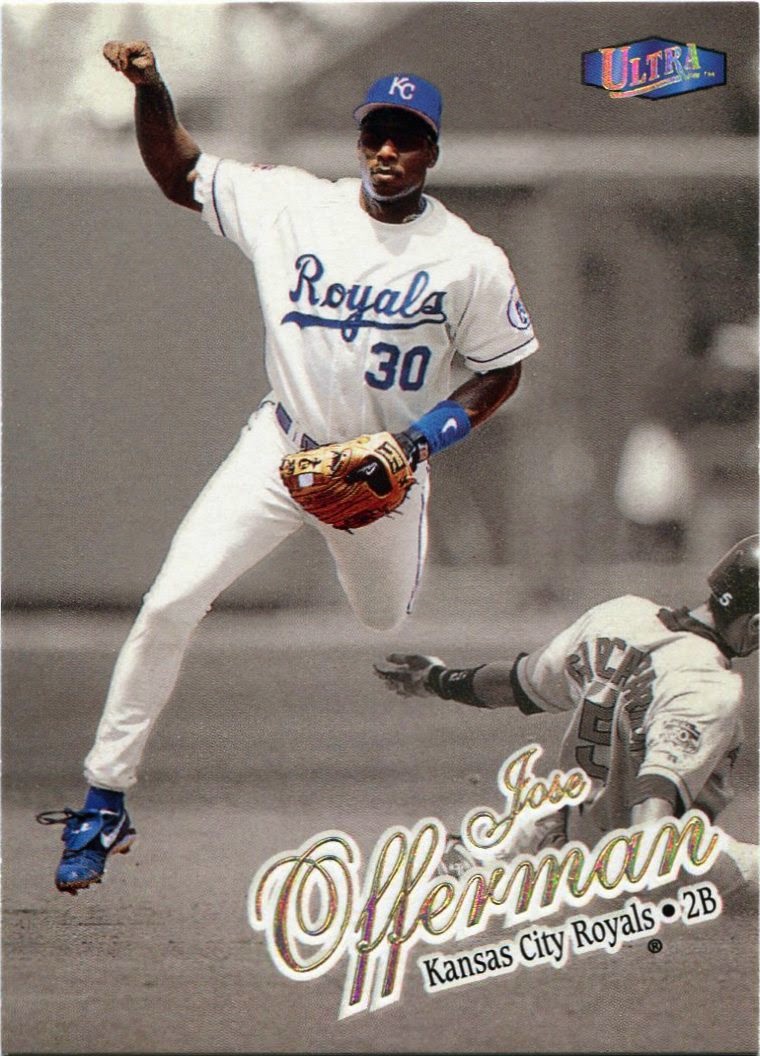 A great double dip with a bonus appearance from Nomar. 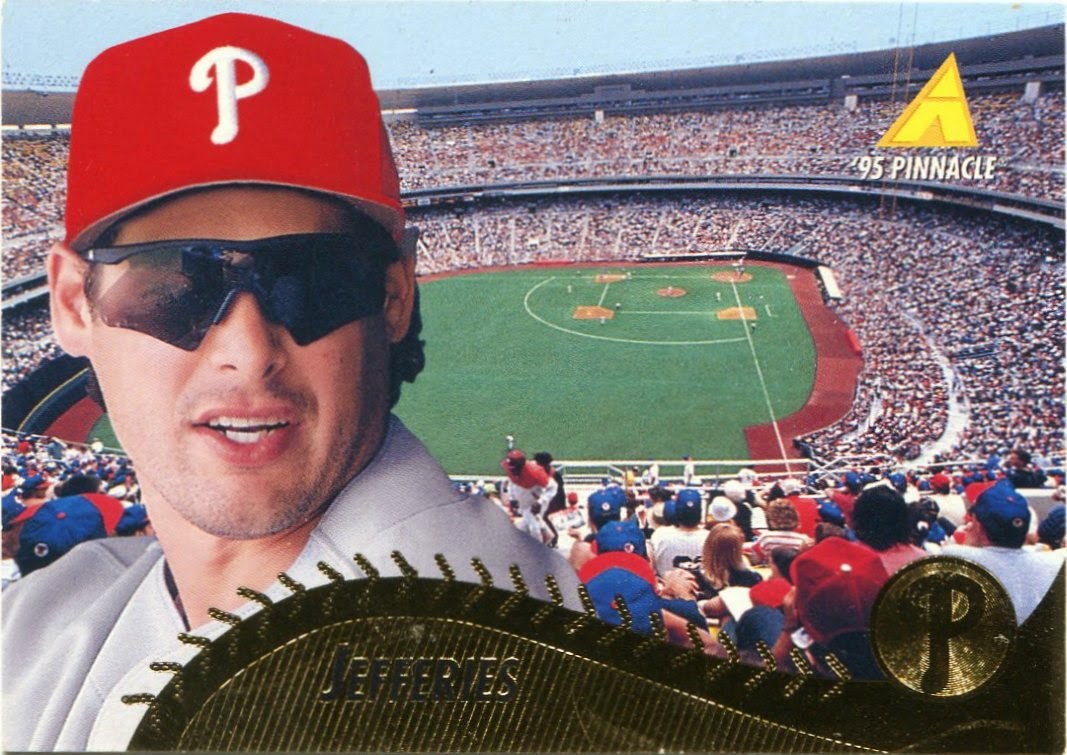 It's a giant Gregg Jefferies! 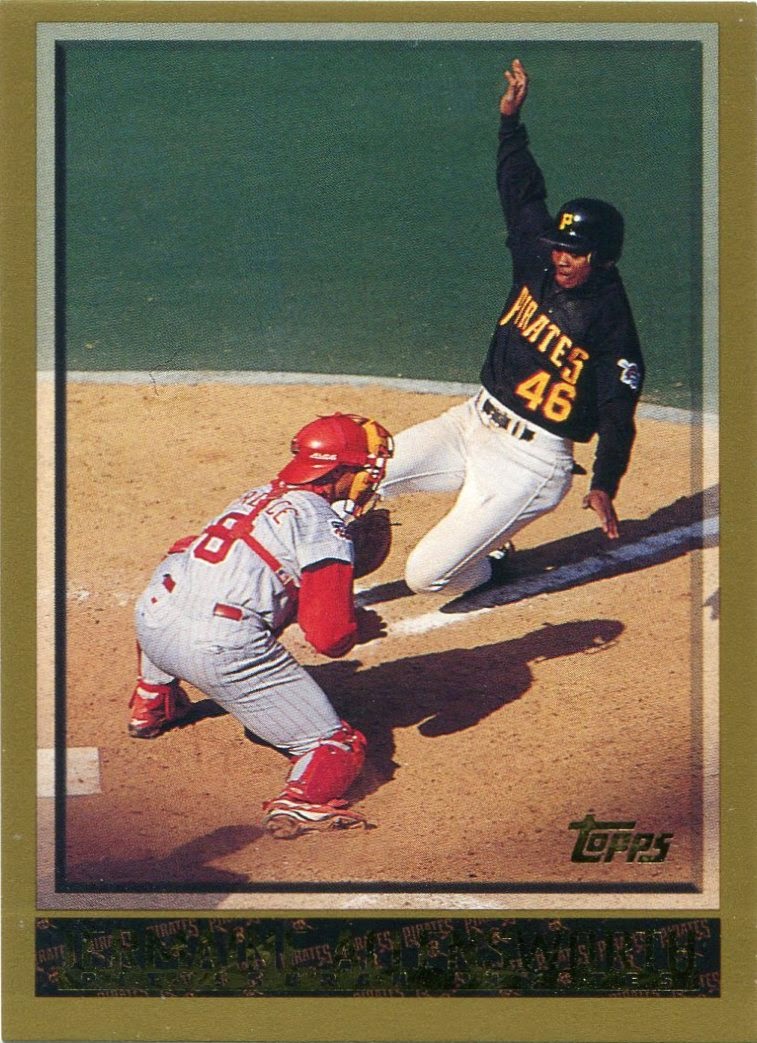 A beautiful play at the plate in the shadows. 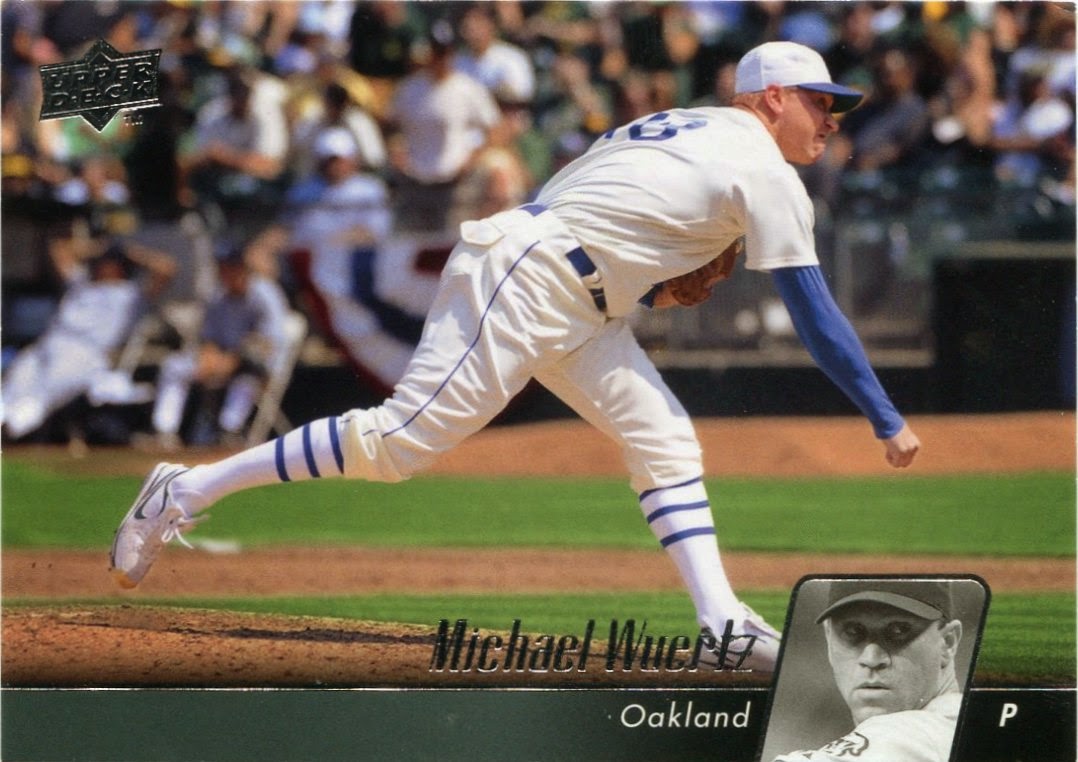 Another unlicensed throwback from 2010 UD, presumably from the same game as the Ellis. 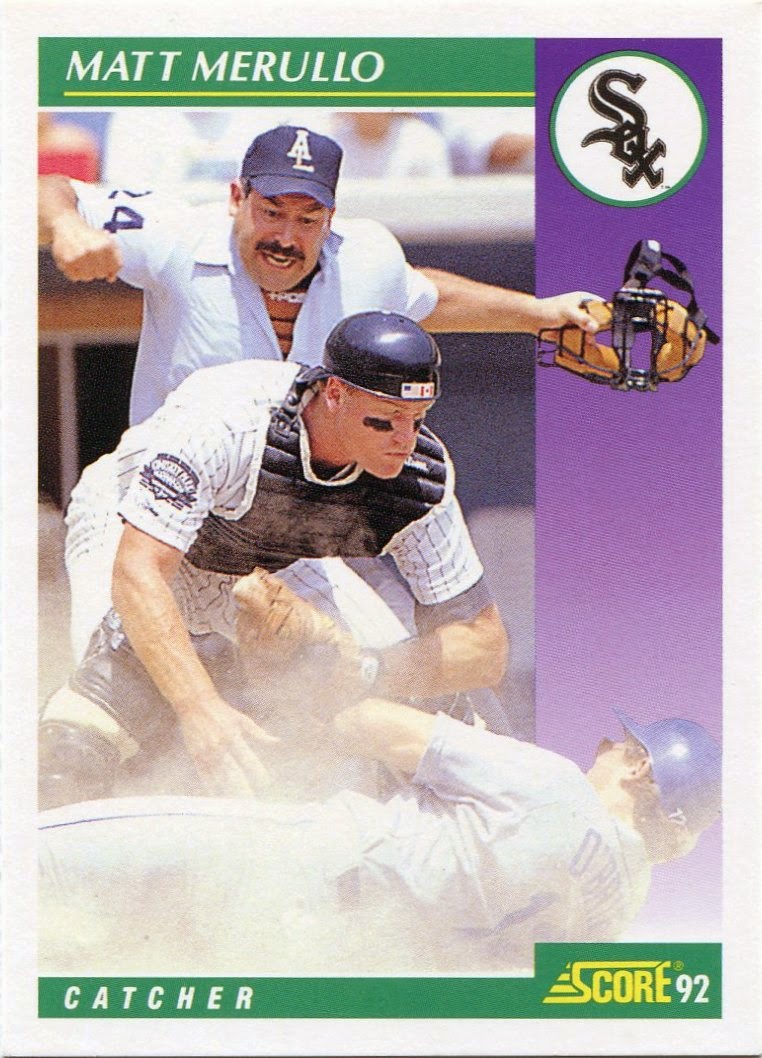 Probably the most emphatic out call you'll ever find on a baseball card. 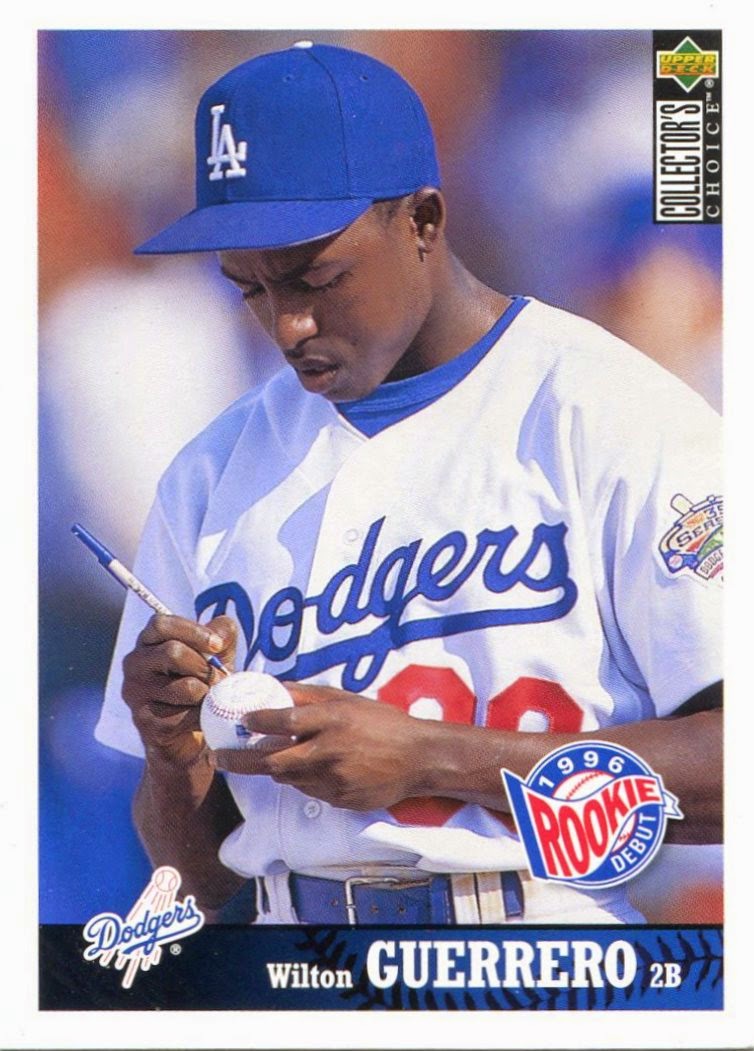 I wonder what a Wilton Guerrero autograph goes for these days? 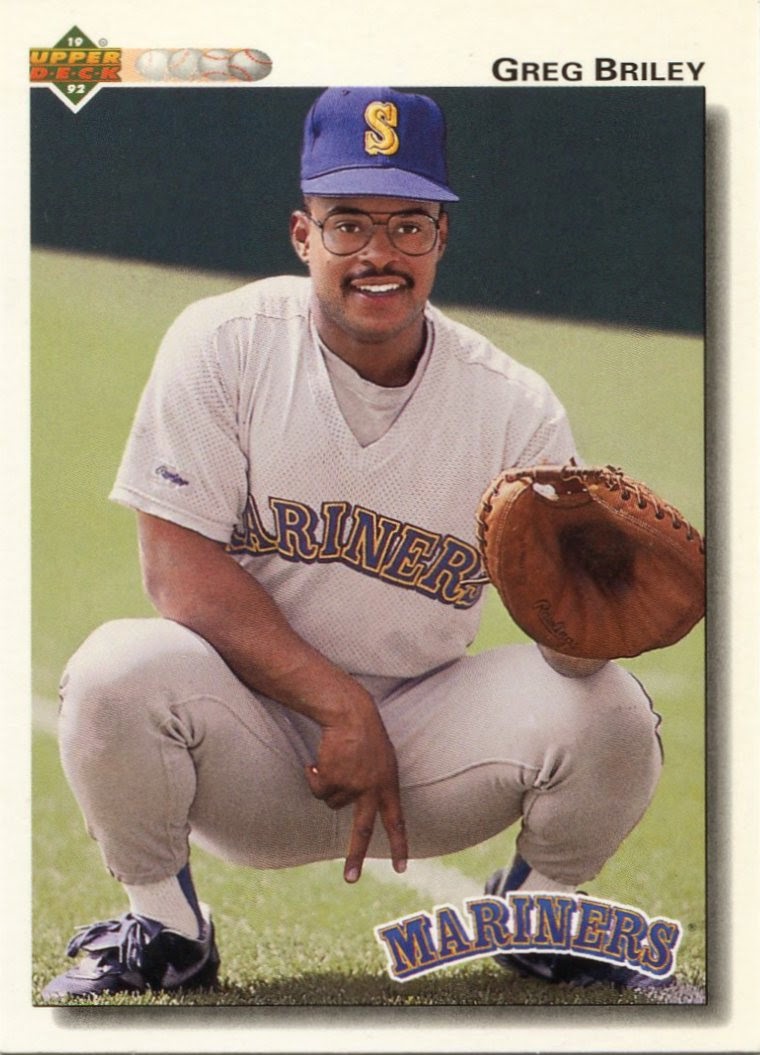 Greg Briley played in 598 career big league games, not one of them as a catcher.

That closes out this week's frankenset page on what is officially this blog's three-year anniversary.

I'll go with the Anderson. It looks like he just stepped in dog poo and he and Carew are examining it.

Catcher - my fave position in the game. I voted thusly. ;)

Just wanted to share with you that I was at a new card shop today that opened recently in my county. The guy asks me if I am looking for something. I asked if there were any dime boxes. His response? "What's a dime box?" I explained to him about a box of common cards mixed together that you could pull from. He pulled out a bunch of boxes of star players in plastics and said they would be all different prices but more than a dime.

Congrats on the three-year anniversary.

I think that umpire is actually going to punch Matt Merullo in the back of the head, not call the runner out.