Have I become the random guy? 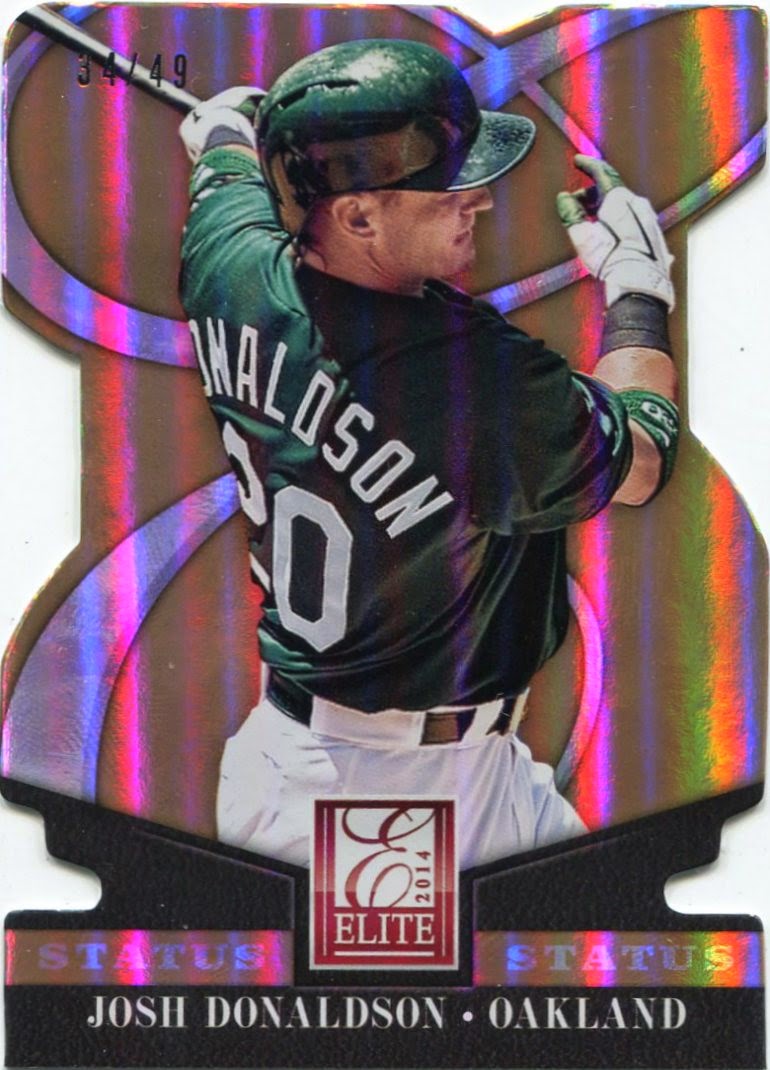 I admire people who can limit themselves to a few main focuses.

Focus has never been my thing as a collector. Even when I was a kid, I'd chase after pretty much anything that piqued my interest. It was even worse, in a way, since I collected all four major sports. I guess you can say I am a more focused collector now that I'm all-in on baseball. Yeah, let's go with that.

I encourage people who send me cards to make their packages as random as possible. The less specific, the better. Plus, I'm glad people haven't taken "random" to mean I'll send this guy that big box of '89 Topps I have in the basement. That's random, right? No. Please, no.

Some people around the blogs might be known as this guy or that guy. I think I've unwittingly become the random guy during my time here. All I can say to that is BRING IT ON!

While he's much more focused than I am with his Cubs collection, my buddy Tom of the great blog "Waiting 'til Next Year" recently dropped a nice batch of random on me. Because everyone has a little random in them.

Though I actually requested this nifty Josh Donaldson die-cut from Tom a few weeks ago... 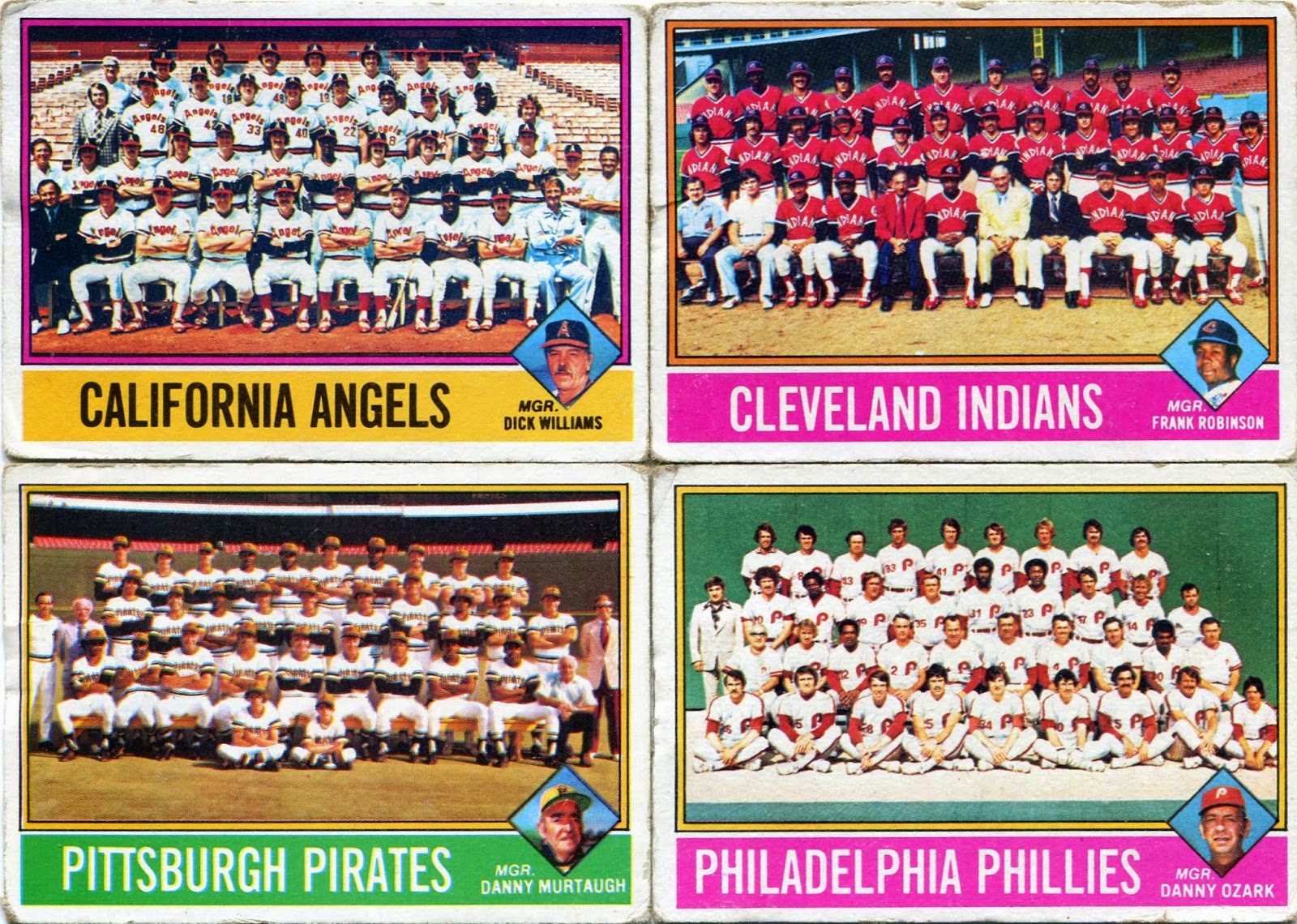 ...everything else in the package was totally spontaneous.

The note Tom included said he won this stack of about a dozen 1976 Topps team issues as part of an Ebay auction not too long ago. The more I look at these, the more I think they might be the best team cards ever made. Just look at the way those colors pop.

It's safe to say that these definitely passed the random test. 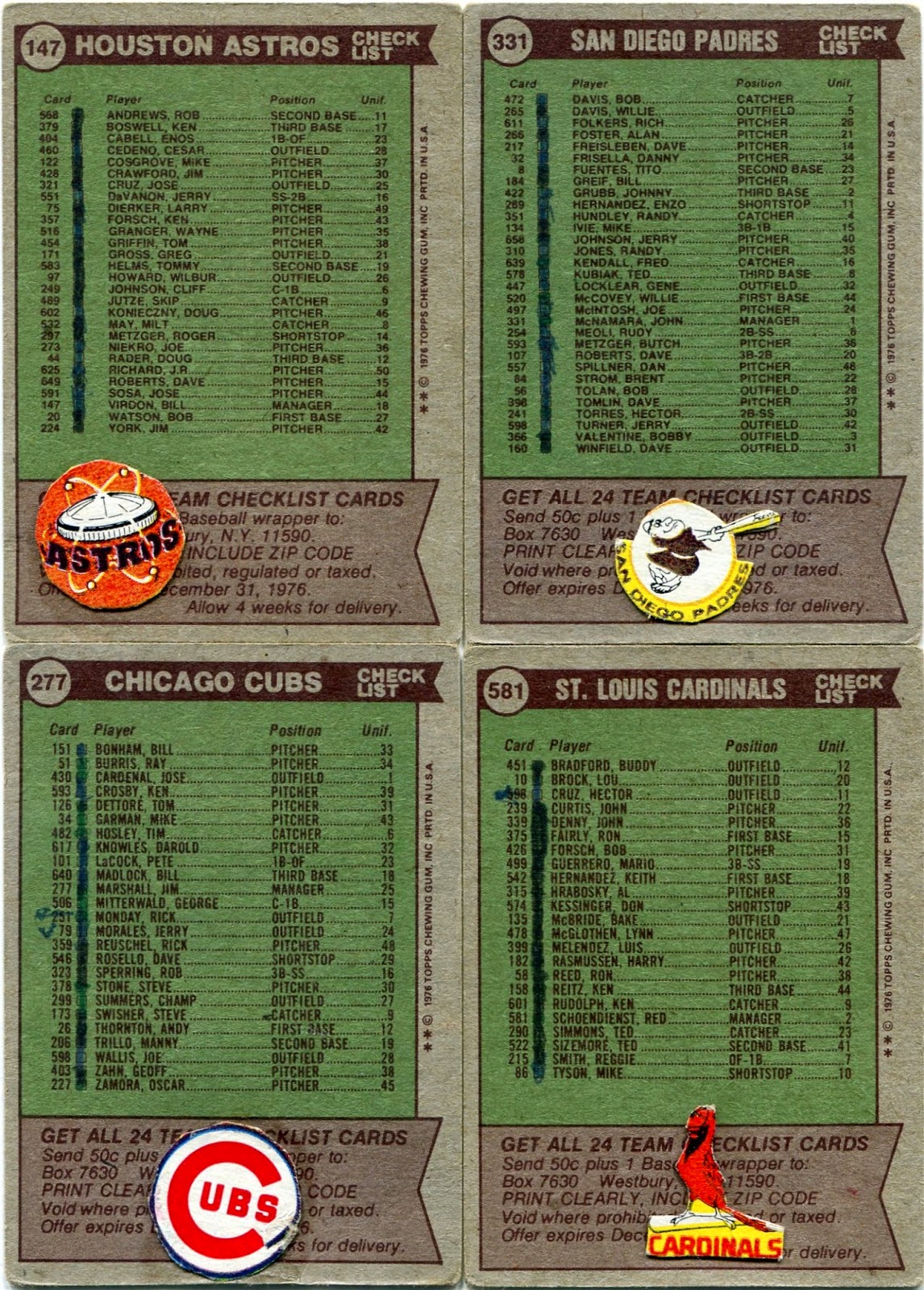 And that was before I flipped them over.

Much to my surprise, I found that a corresponding decal was attached to every single team card Tom sent. That's a stroke of genius by what I assume was a young pre-teen collector from the '70s.

I'm not exactly sure of the origins of the decals themselves, but they certainly added a good deal of spice to these team cards. 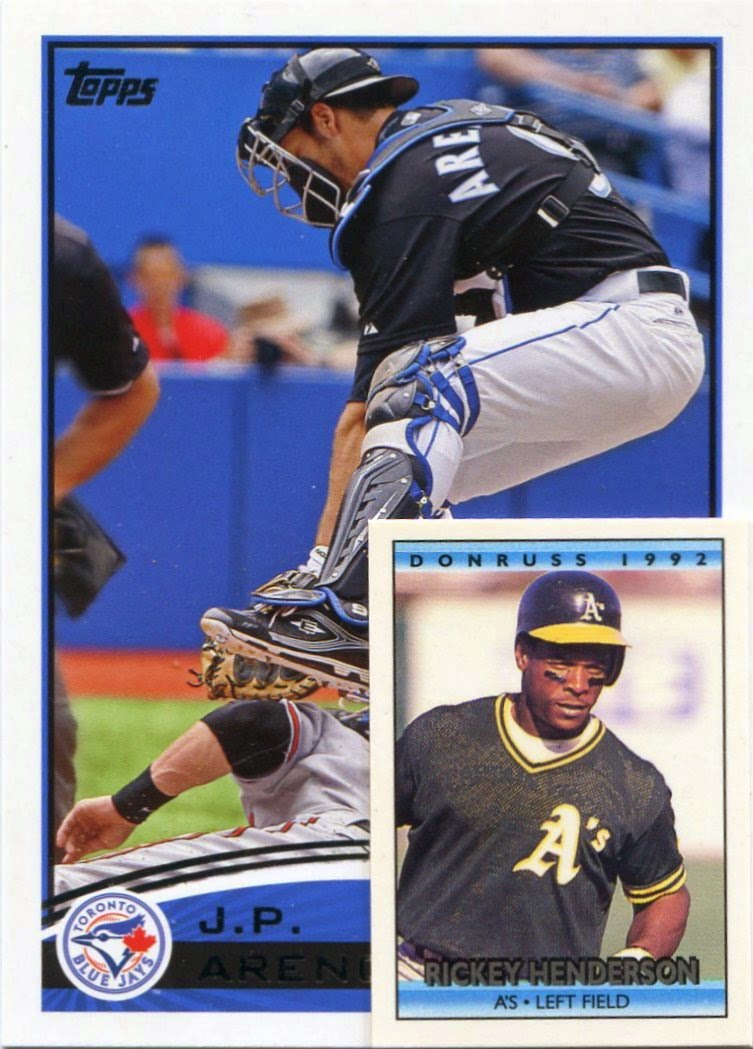 The Arencibia is an action-packed new addition to my play at the plate mini-collection.

And, contrary to what Rickey might have you believe, the Blue Jays catcher is not a giant.

If you've never seen one of those early '90s Cracker Jack singles before, they are impossibly tiny. About a quarter the size of your standard 2 1/2 by 3 1/2-inch baseball card.

Minis are fine and good, but those bad boys take it to the extreme. 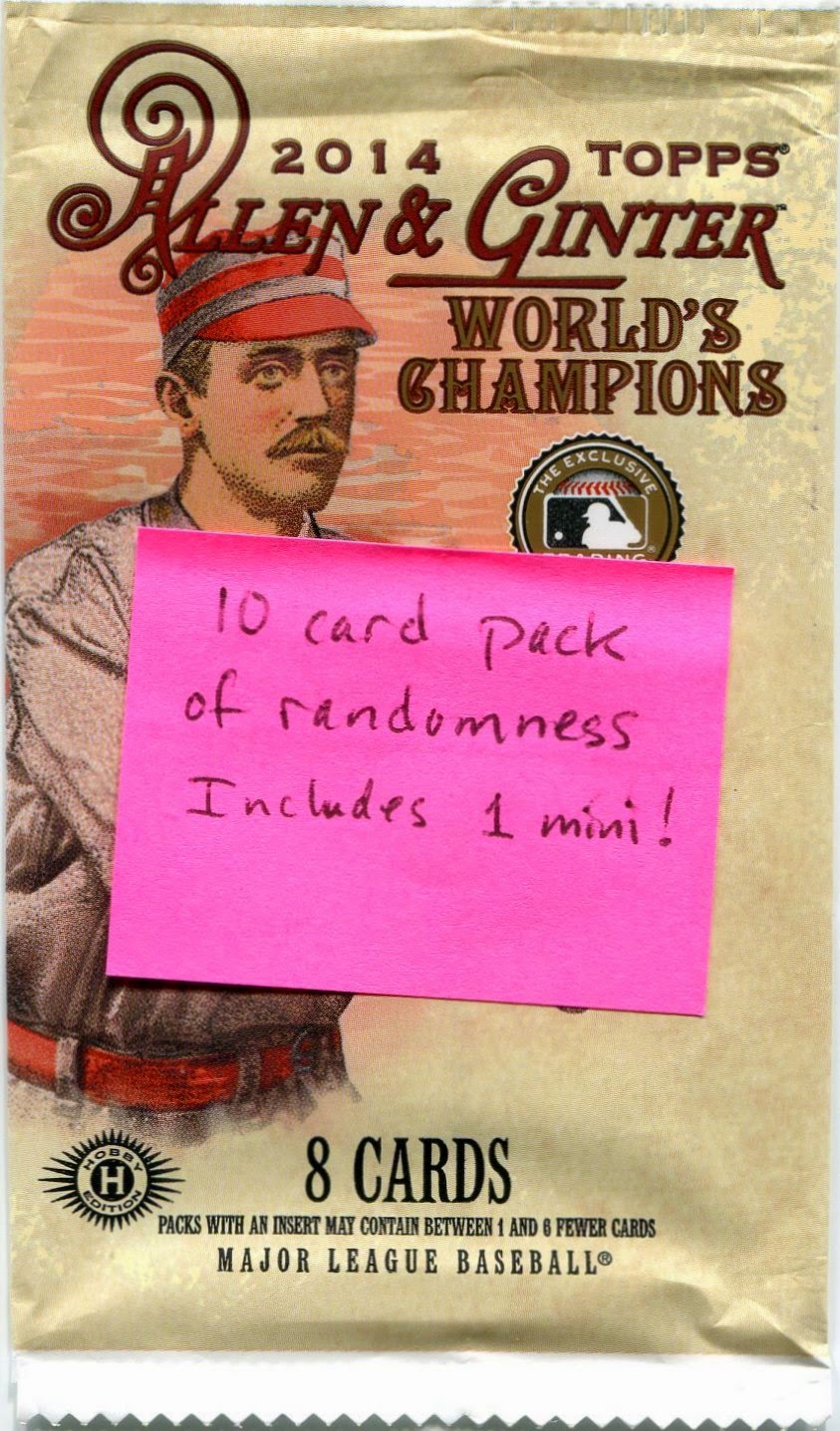 The last thing that fell out of Tom's mailer was this custom-made pack of randomness. The fact that people go to such lengths to craft these special batches of cardboard for me means a lot. Being the random guy definitely has its perks.

And, hey, why waste your time with an eight-card pack of A&G when you can get a ten-card pack of randomness from Tom? 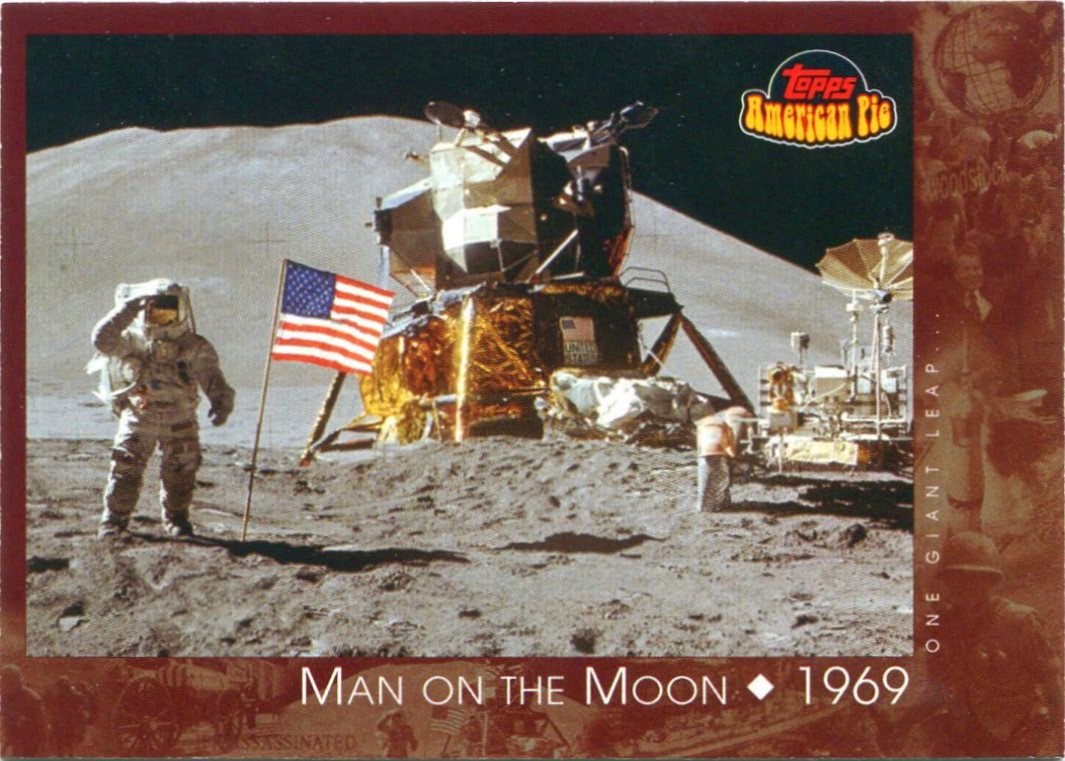 You certainly won't find cards of men on the moon in A&G, I'll tell you that much.

Plus, this gives me a good excuse for a musical interlude. 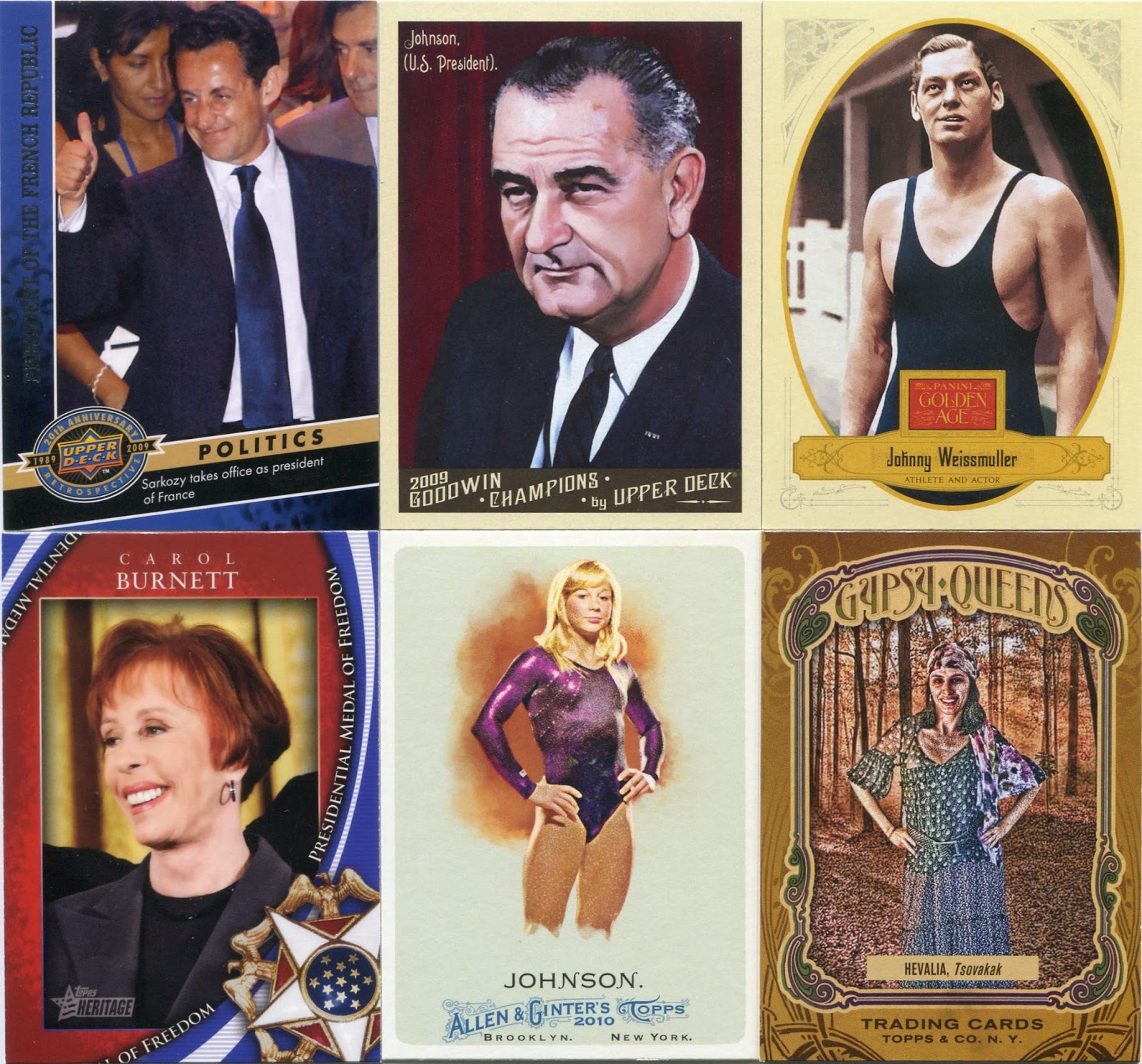 Randomness was definitely in full force with this pack.

How's that for a combo? 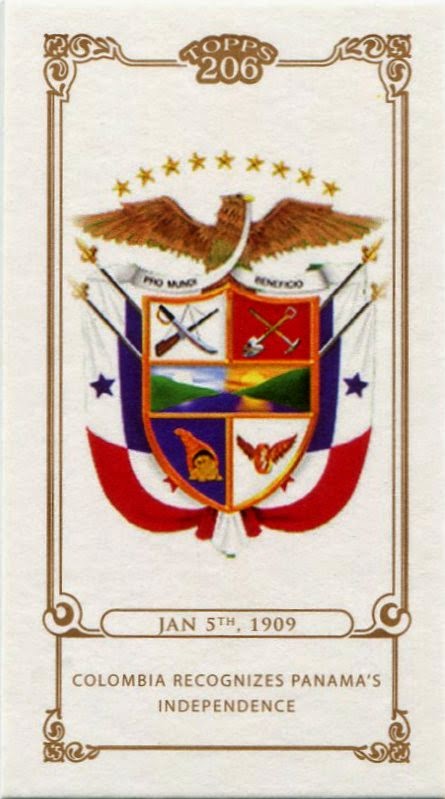 And, true to his word, Tom even threw in a mini for good measure.

I actually already have the complete set of these Topps 206 "Historical Events" inserts, but, as far as I can remember, I've never mentioned a word about them on the blog. If nothing else, this card reminded me to give those a chance to shine one of these days.

I'm trying to draw a straight line through all the cards I featured from Tom in this post, but I just can't do it. It's probably impossible.

That's the mark of a solidly random package right there.

(In response to the title) Wait, so you weren't the random guy before?

Tom's packages are always awesome. Putting logo stickers on team cards is a pretty ingenious idea. I'd do it too if companies still made them (it'd be a great way to cover the faces of the players on my team I didn't like).

Nope your not alone. I cannot sell anything, and don't have any main focuses. So no, your not the random guy.

I've always thought of you as a random guy. Random goodness!

I'm kind of a "random guy", but I wish I wasn't. My goal is to eventually consolidate my collection and figure out what I'd like to focus on. When I do... I'll make sure to hook you up with a big pile of randomness.

I'd love to be considered "the 'other' random guy". A lot of my tastes are very similar to yours.