What do I collect? 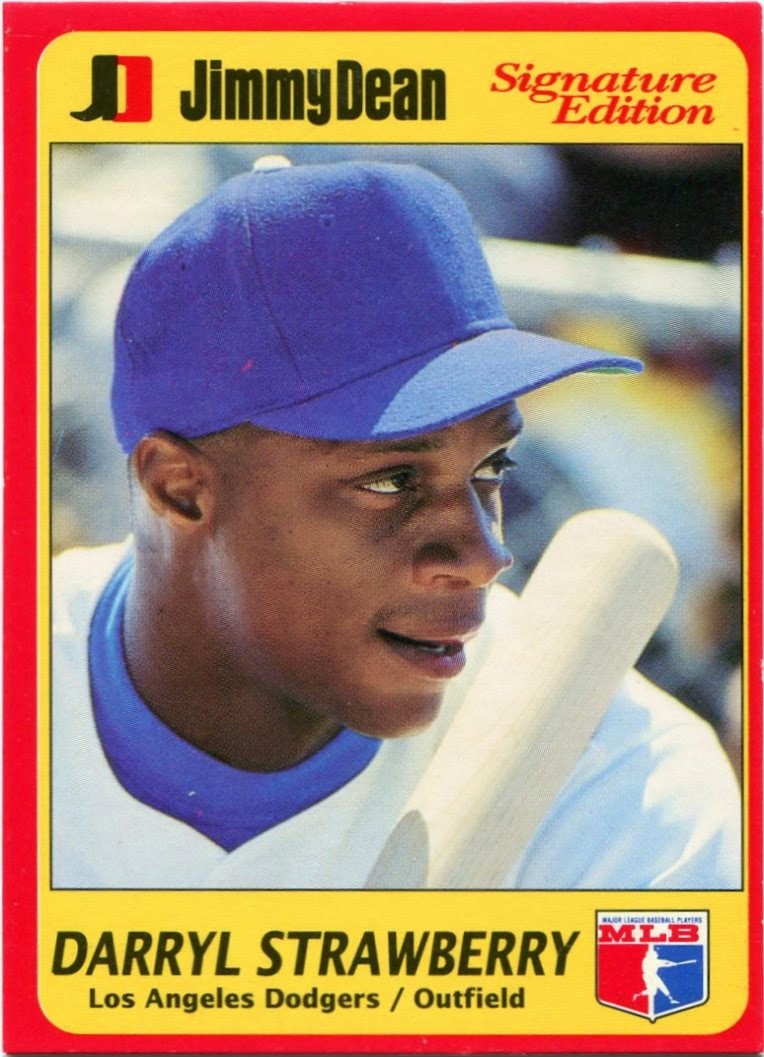 I love getting emails from fellow collectors about swapping cardboard.

Trading is something I enjoy doing, and I try to make deals as often as I can. Still, a lot of the emails I get seem to have that one mystifying question.

What do you collect?

It's a fair and perfectly reasonable question on the surface, but one I have a tough time answering. My collection is all over the place, and can't really be compartmentalized into a few select areas.

What I collect makes sense in my head, but I find it hard to convey in writing. I must be doing a decent job with this blog, though, because all of my more longtime traders have developed a great sense of what I like when it comes to baseball cards.

As it just so happens, Greg of the immortal "Night Owl Cards" recently sent a great trade package my way. It perfectly sums up a lot of what I collect in a way that I don't know I could have explained otherwise.

If you so generously decide to send me a trade package at some point, it'd be hard to go wrong with oddballs. Last year, I thought I was simply on an oddball kick. At this point, though, I'm proud to say that it's become a permanent obsession. I think Greg recognized that by sending this one along.

Coincidentally, it's an awesome food-themed oddball of a man with an already tasty name in Darryl Strawberry. 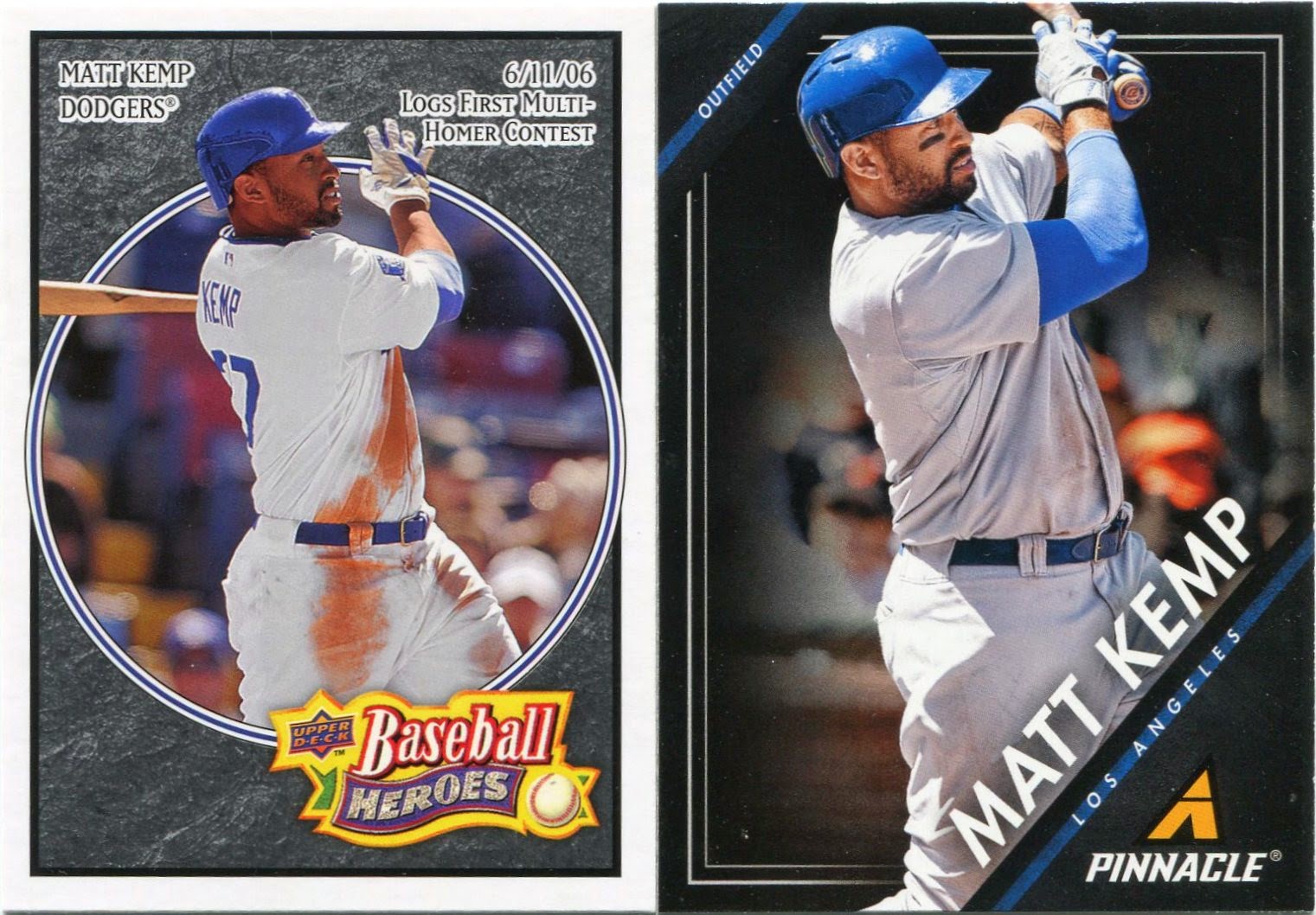 Though he does have some outside interests, the vast majority of Greg's collection is built around Dodgers and his set building quests. That's pretty easy to explain to someone who asks.

I'm sure he's accumulated quite a few extras from all the Dodgers people send his way. He was gracious enough to donate a few spares to my Matt Kemp collection with this package.

Sure, player collections aren't all that complicated. 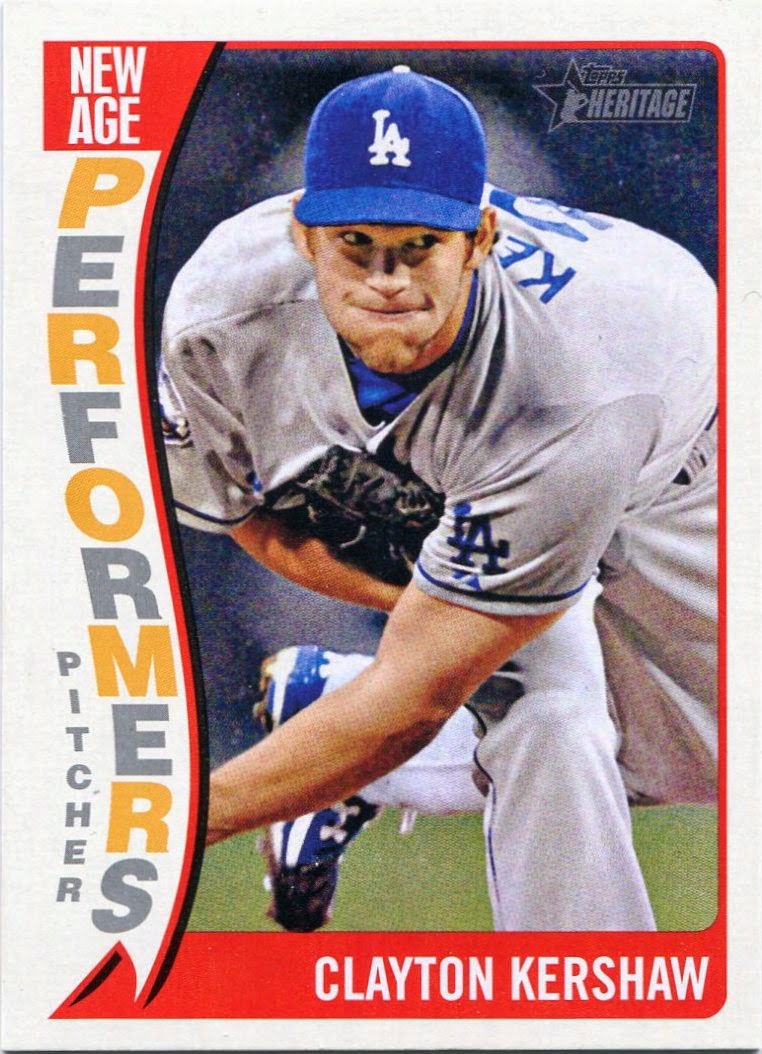 They can be when you have a couple hundred of them, though.

Collecting such a large amount of guys is the only way I know how to do it. I don't think I could limit myself to just one or two different players, like so many others can.

So, yes, I collect Matt Kemp. And Clayton Kershaw. And Joey Votto. And Mark Trumbo. And Hunter Pence. And... 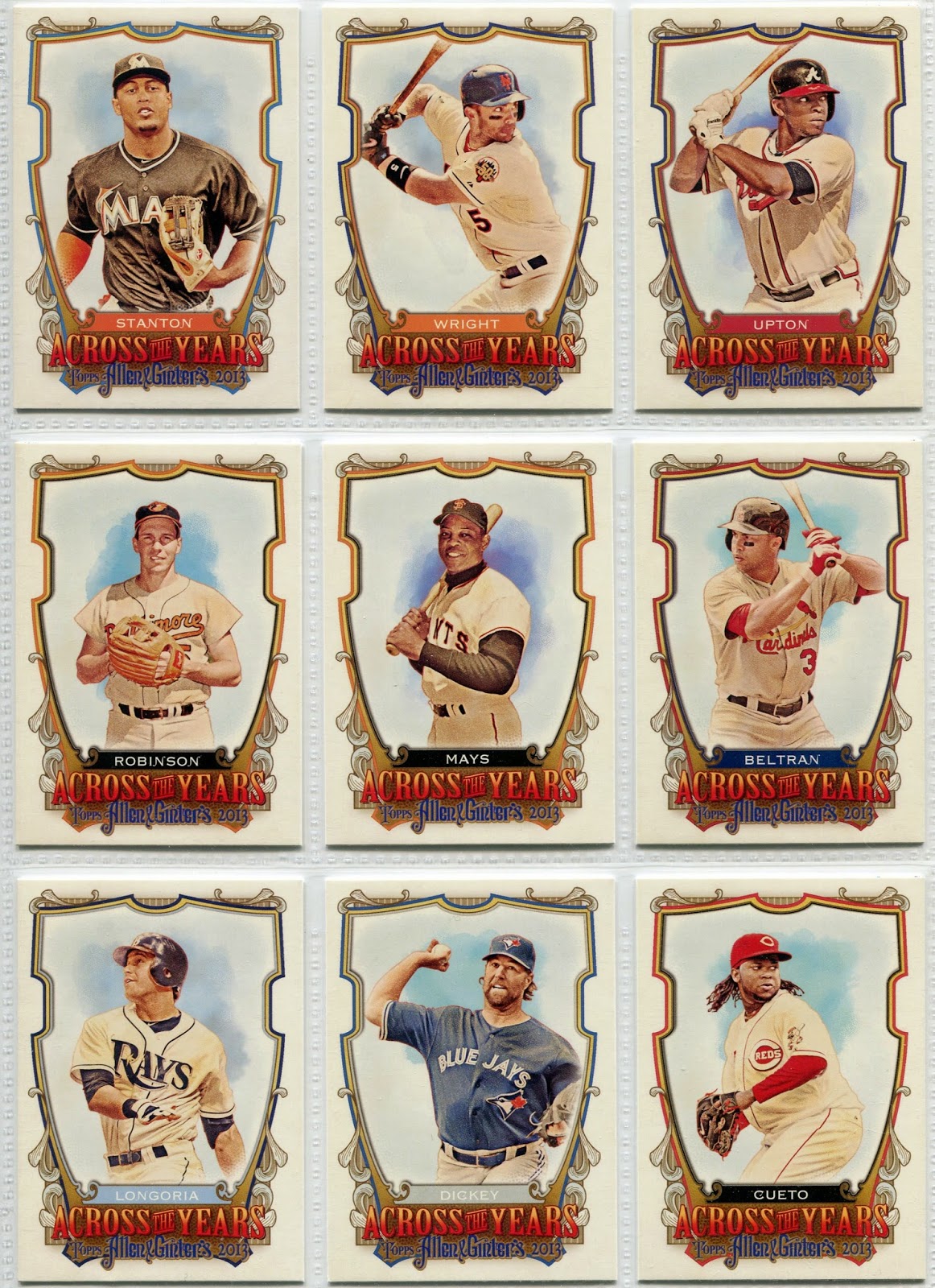 If someone does ask me what I collect, I'll often point them to my "Set Needs" tabs on the sidebar of this blog.

Set building seems like a reasonable task. But just when you thought my collecting methods were at least a little normal, I had to go and get all crazy on you again.

Those aren't set needs at all. They're really cards I want for my many player collections. I find that disguising them as set needs makes things easier for trading.

Greg was nice enough to send a budding stack of these 2013 A&G "Across the Years" inserts for my set/player needs.

While I still don't think A&G needs one of these huge 100-card series, I am starting to come around on this one. The fact that Topps listed an event that occurred on each player's exact birthday is interesting. For example...

"On R.A. Dickey's birthday, 10/28/74, a law took effect in the U.S. that banned discrimination on credit applicants on the basis of gender or marital status."

As an avid follower of little historical quirks like these, I find them fascinating. 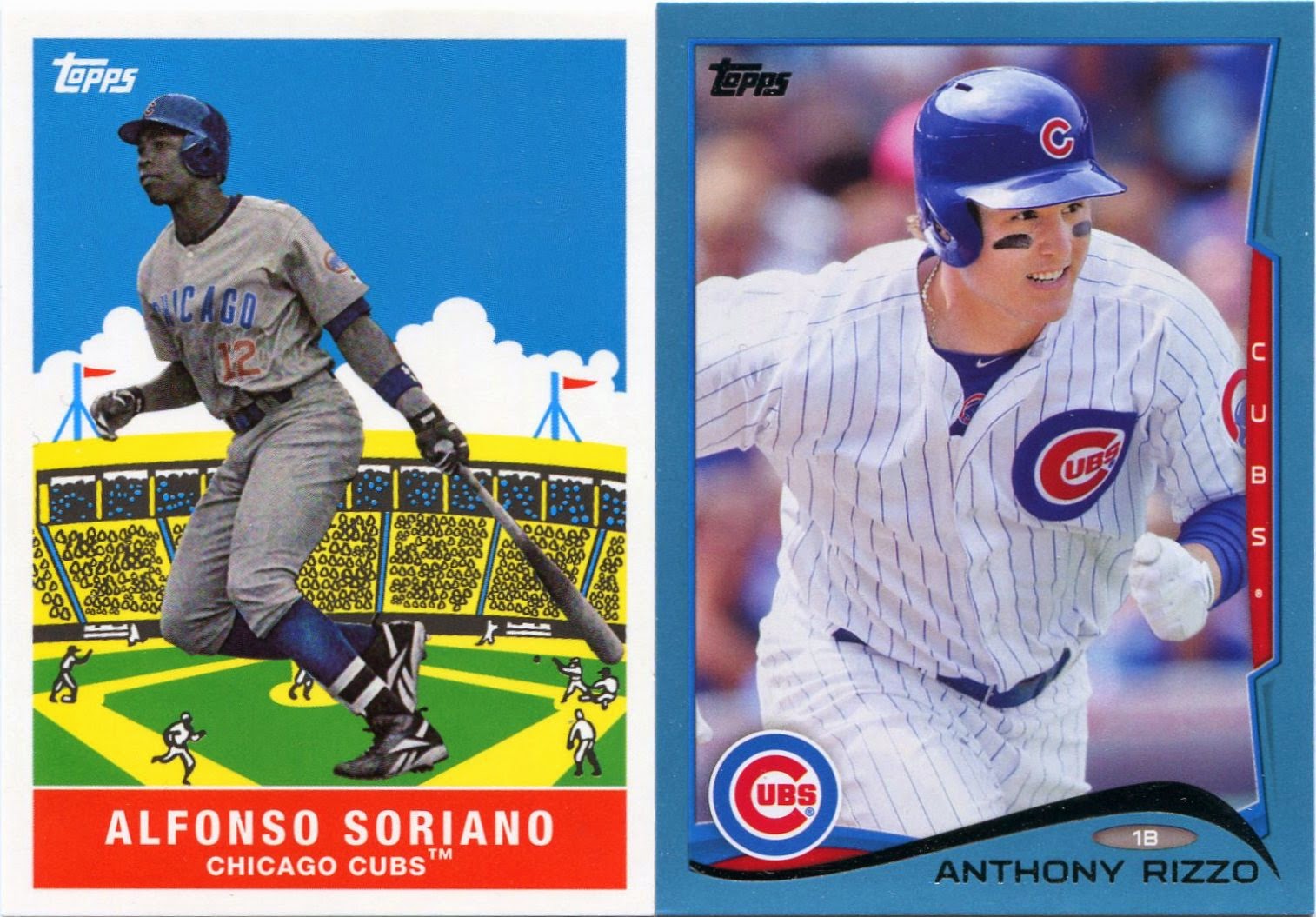 I wouldn't say I'm a team collector by nature, but you can't go wrong with sending a couple Cubs cards my way.

Greg seems to dig up a few great ones with each passing package. 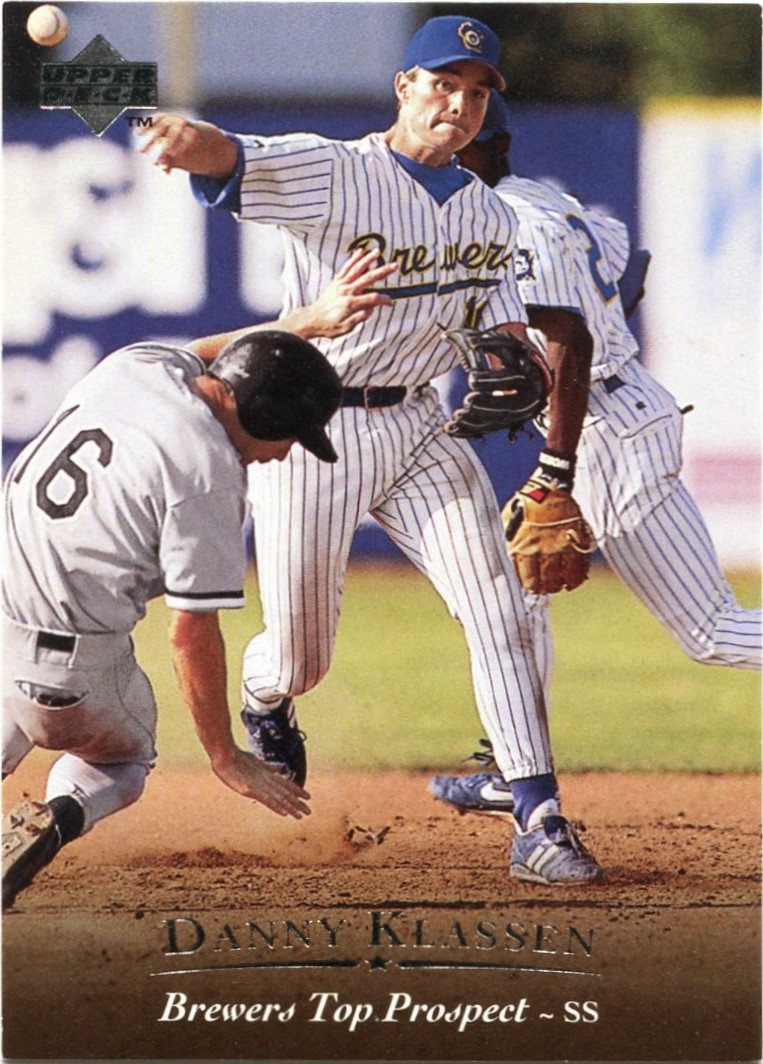 Then we have the mini-collections.

I did actually detail these in a past post, but the fact that I have so many of them makes it easy to lose track.

Luckily, I have people like Greg to rely on for new hits to my various themes.

He knows my appreciation for "double dips". 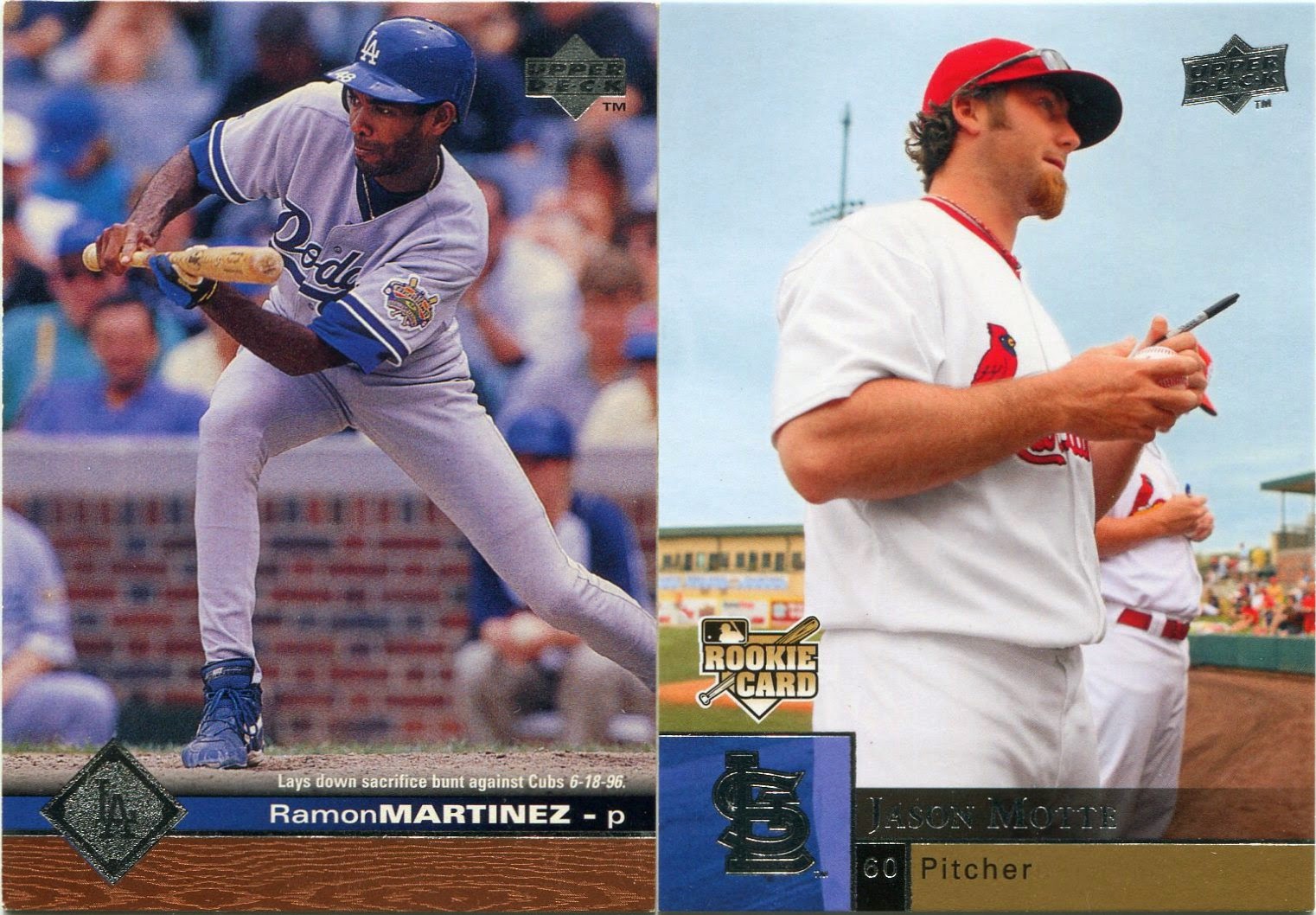 The same goes for "pitcher at the plate" and "autograph" shots.

One thing I enjoy about my mini-collections is that they can never truly be completed.

There's always a new one to track down. 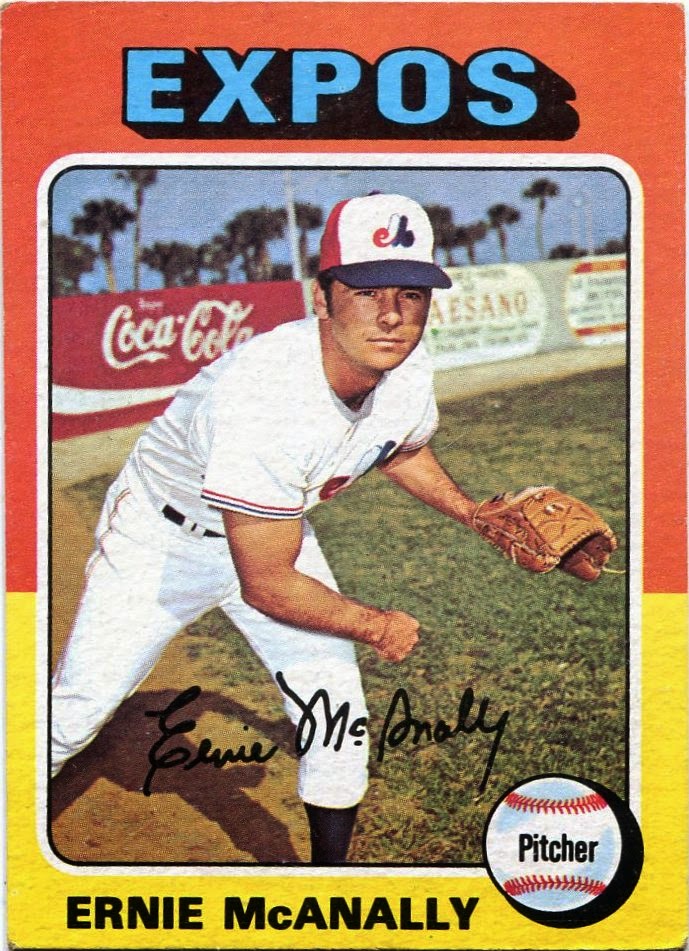 Vintage is always a good bet.

The thrill of finding a new piece of '70s cardboard is a thrill that is rarely matched in this hobby.

That's why I'm appreciative that Greg always includes a MMMMMMMMIIIIIIIIIIINNNNNNNIIIIIII or two in each package he sends me. 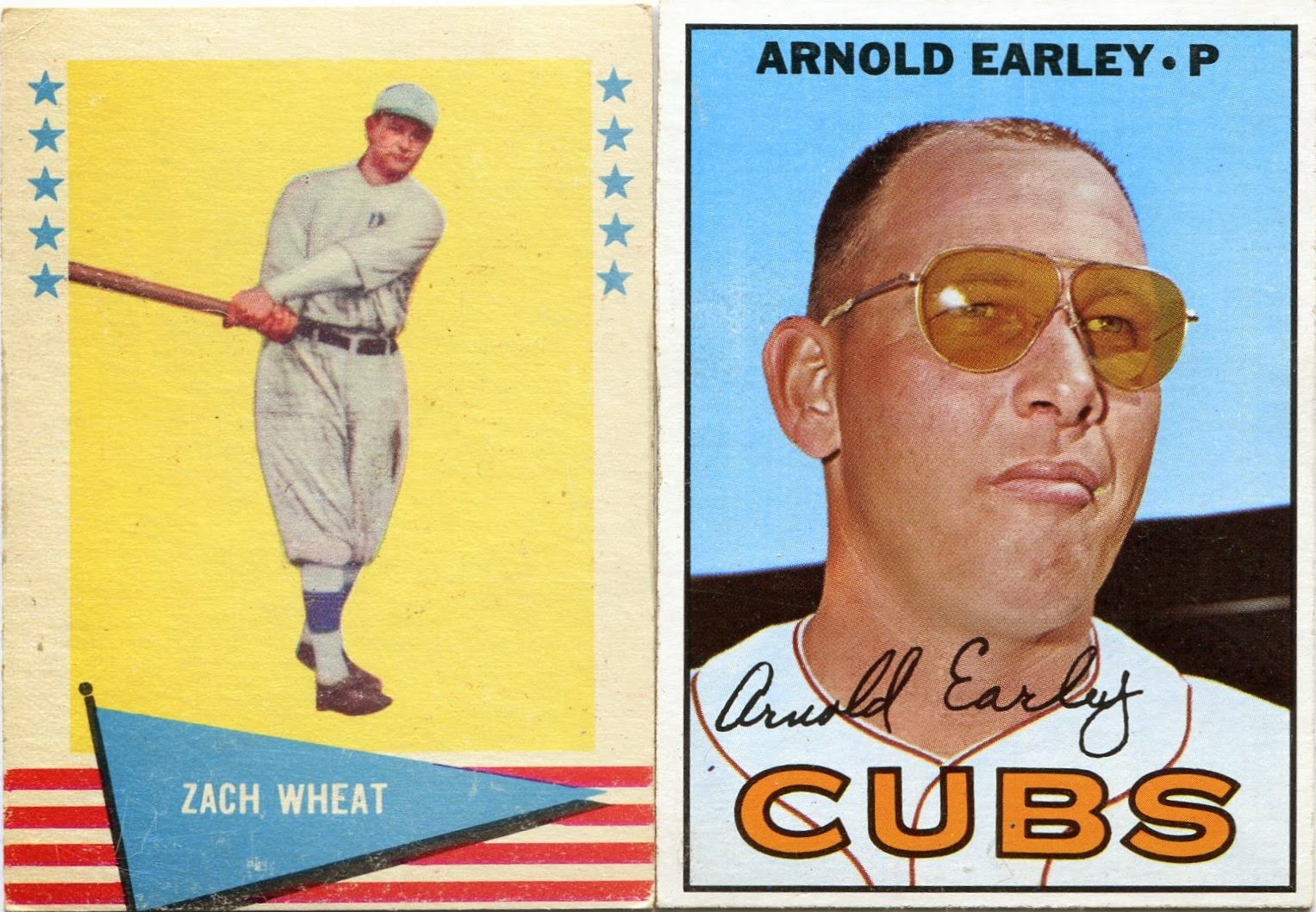 If you ask me what I collect, I'll probably point you to a few of the tabs on the side of this blog.

In the end, though, I'll more than likely say something like this.

I encourage people to send along any cool or interesting pieces they have lying around. If you think a card is fun, then I'll more than likely think the same as well. On top of that, I always enjoy seeing what other people deem to be "fun" baseball cards.

For Greg, old Fleer oddballs are fun. Not to mention ones that feature not-so-common Hall of Famers like Zack Wheat.

Or maybe Greg thinks cool specs are fun. I know he's prominently shown that Arnold Earley card on his blog in the past.

You're not going to find many better shades than those. 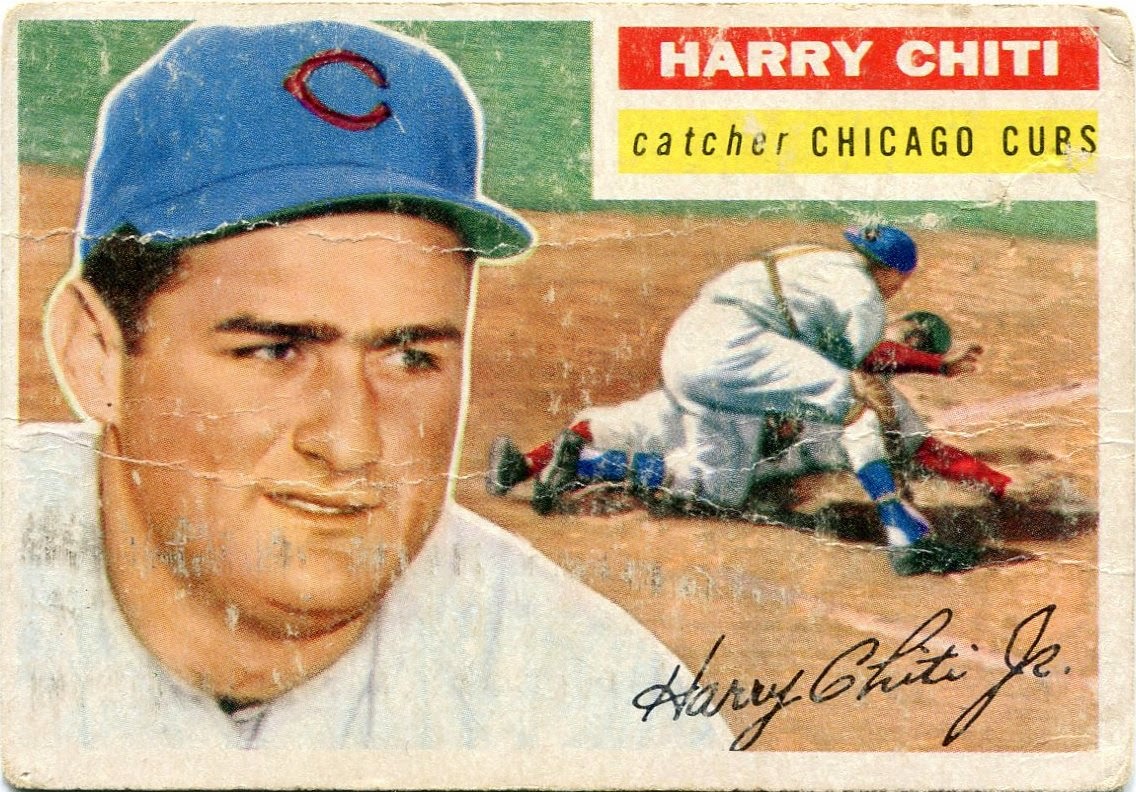 At the very least, I think most of us can agree that anything from 1956 Topps is fun.

Apart the sheer shock of holding a 58-year-old baseball card, this beauty that Greg sent along hit on a few different personal levels.

1) It's now one of my oldest Cubs cards.

2) It's perhaps one of the first examples of a "play at the plate" in the history of cardboard.

3) It's my very first card of Harry Chiti, the man who was infamously traded for himself in 1962.

That sure makes for a whole lot of fun for me.

I'm appreciative that Greg realized how much I would appreciate Mr. Chiti and all the others he sent along. I thank him for putting together such a nice and varied array of great baseball cards.

That's all I could ever want out of a trade package.
Posted by Nick at 6:02 PM

"Harry Chiti" sounds like a phrase the doctor might say to you have they get back the test results.

I'm glad you think I have such a good handle on what you collect because when I'm pulling cards for you sometimes I have no idea.

Also, you ever look at the cards on someone's post before you read the words? I was scanning this and thinking "those are some mighty fine cards" only to realize, "oh, I sent those!"

What a variety. Great package.