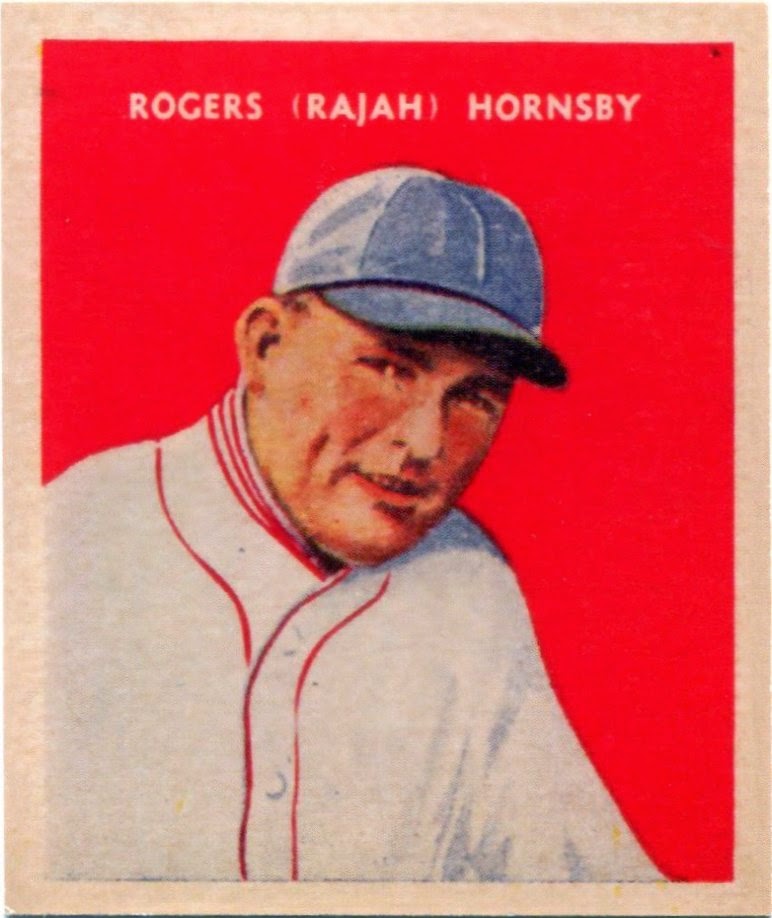 About a year ago, the blogosphere wasn't turning over very well.

There were plenty of awesome blogs around, but a lot of others laid dormant for extended periods of time. Some closed up shop permanently.

The sad part was that not a ton of new blogs were sprouting up at the time. I always love reading material from the more tenured bloggers, but there was a part of me that wanted to see the birth of a new crop of card blogs as well.

My wishes came true. In case you haven't noticed, there has been an absolute whirlwind of fresh new members here in the blogosphere. I've lost count of all the blogs I've added to my blogroll over the past few months.

One of the people at the forefront of this blogging renaissance was Kenny. You might know him better as Zippy Zappy, author of the terrific blog "Cervin' Up Cards".

I'd been reading about other bloggers being "zapped" by Kenny prior to him even starting his blog. He needed a 2014 Opening Day Hiroki Kuroda base card I'd pulled, and our first trade was quickly in the books.

One of the first parts of my "zapping" involved the neat Rogers Hornsby Goudey reprint you see above.

Owning the real version of that one is a longtime pipe dream of mine. 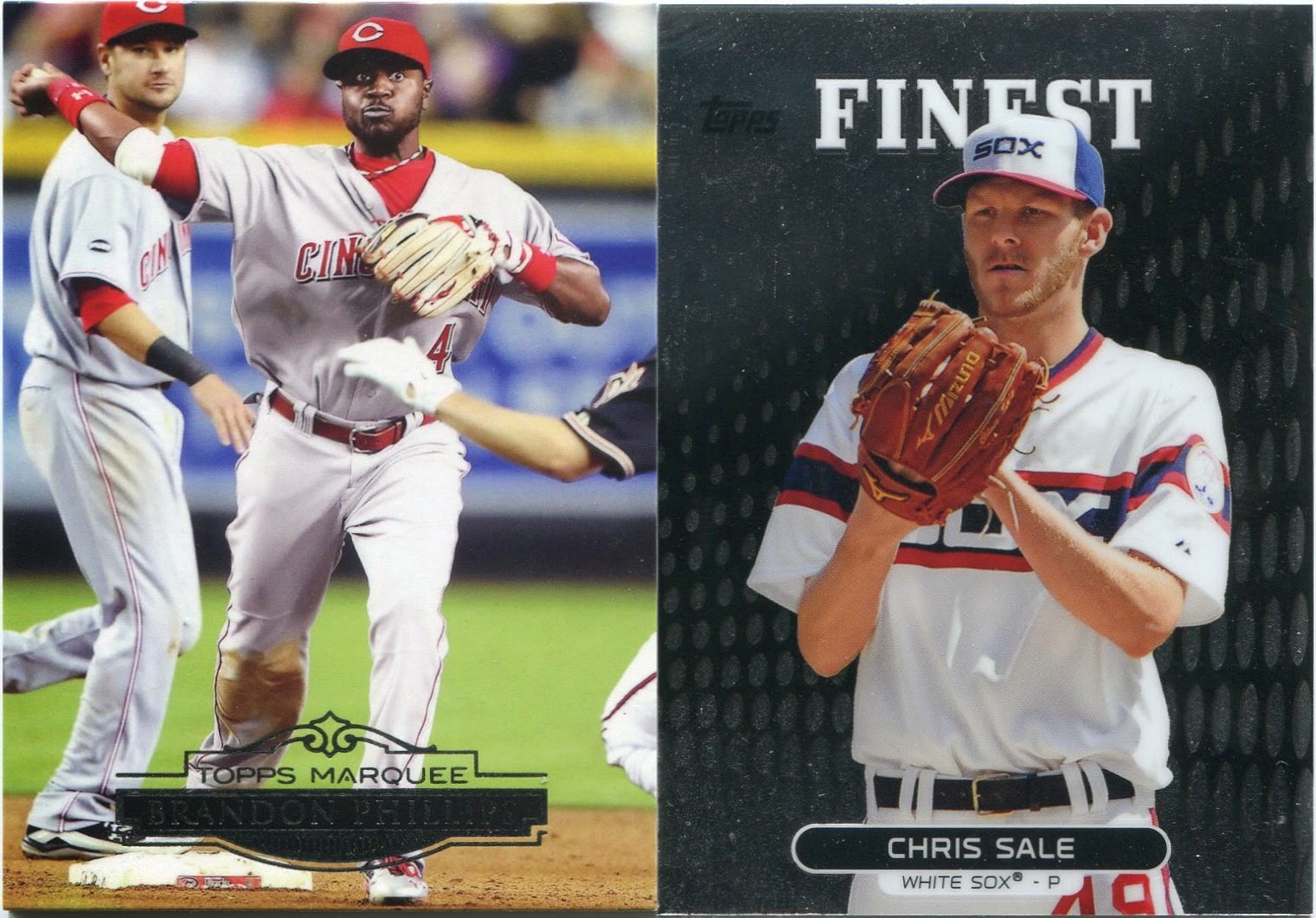 While this may have been our first trade, it's obvious that Kenny is a pro at finding mini-collection hits.

I feel fancy just owning a card from Topps Marquee.

It's the most high-end "double dip" in my collection. 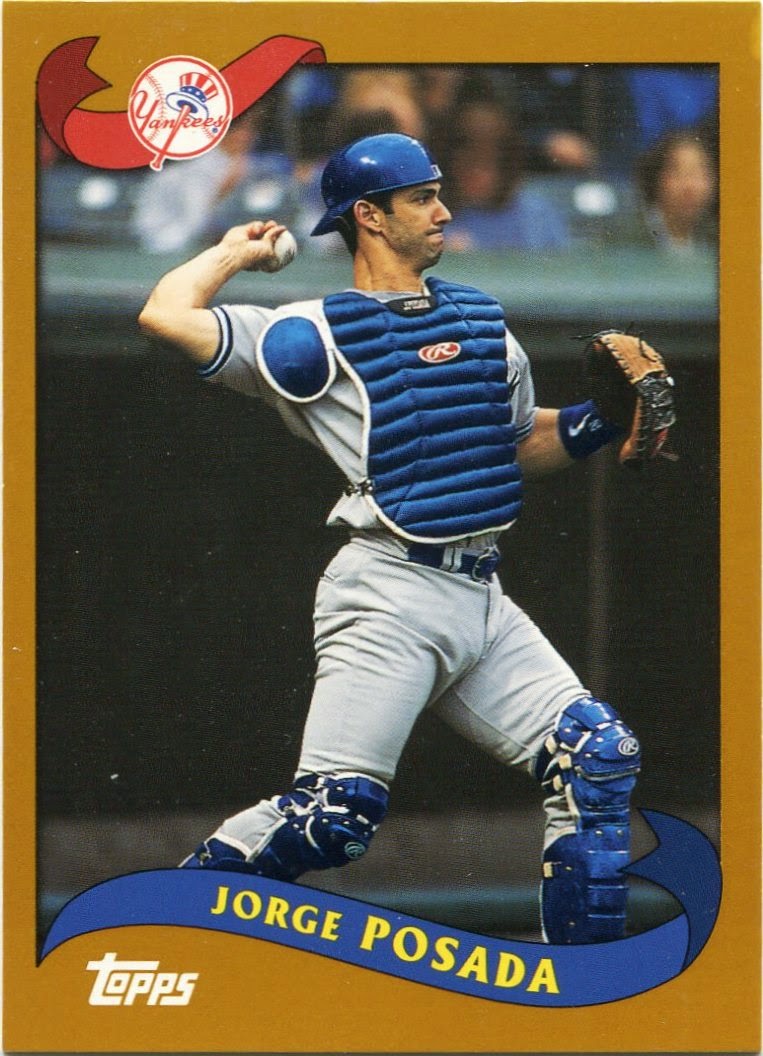 What made me the most excited about trading with Kenny is his affinity for Japanese cardboard.

In case you don't know, he's very well-versed in the area. I've read and learned more about Japanese cards on his blog than almost any other.

Take Mr. Posada there. On the surface, it may look like your standard 2002 Topps base card.

But when you flip it over... 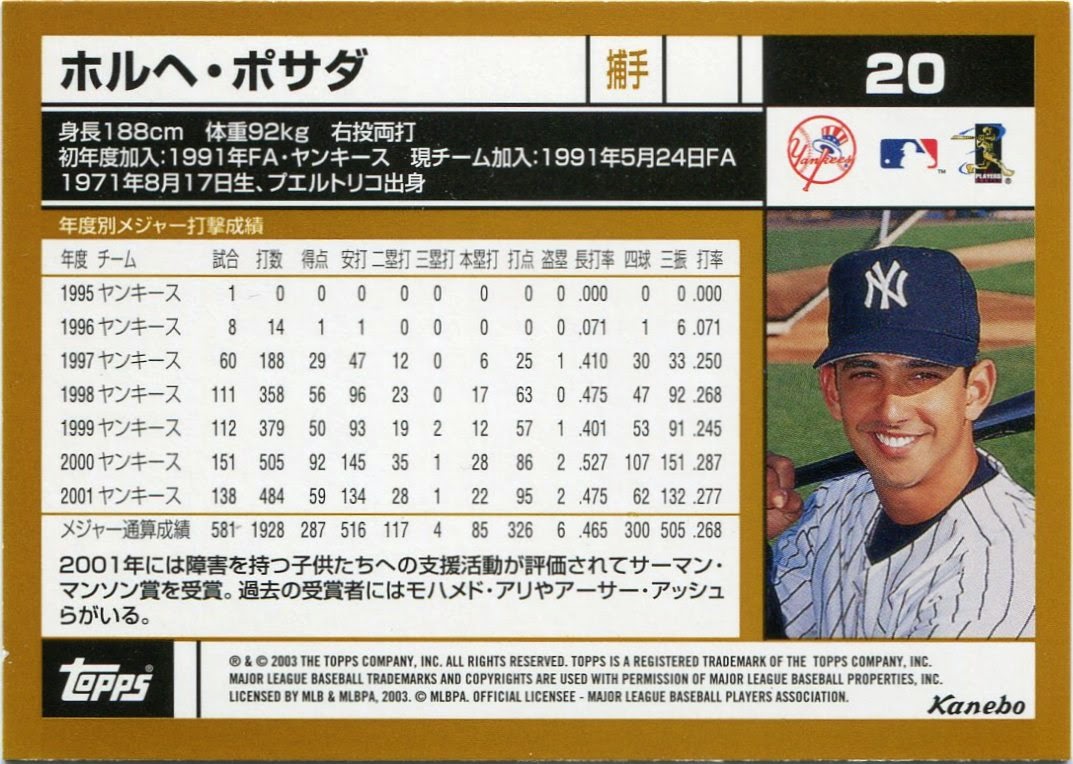 ...it becomes obvious that this isn't your everyday Topps issue.

This wacky oddball comes from the 2003 Kanebo checklist. The unpredictable dime box gods have been kind enough to bless me with one of these in the past, an experience I've posted about before.

Any package with one card from the land of the rising sun is fantastic. 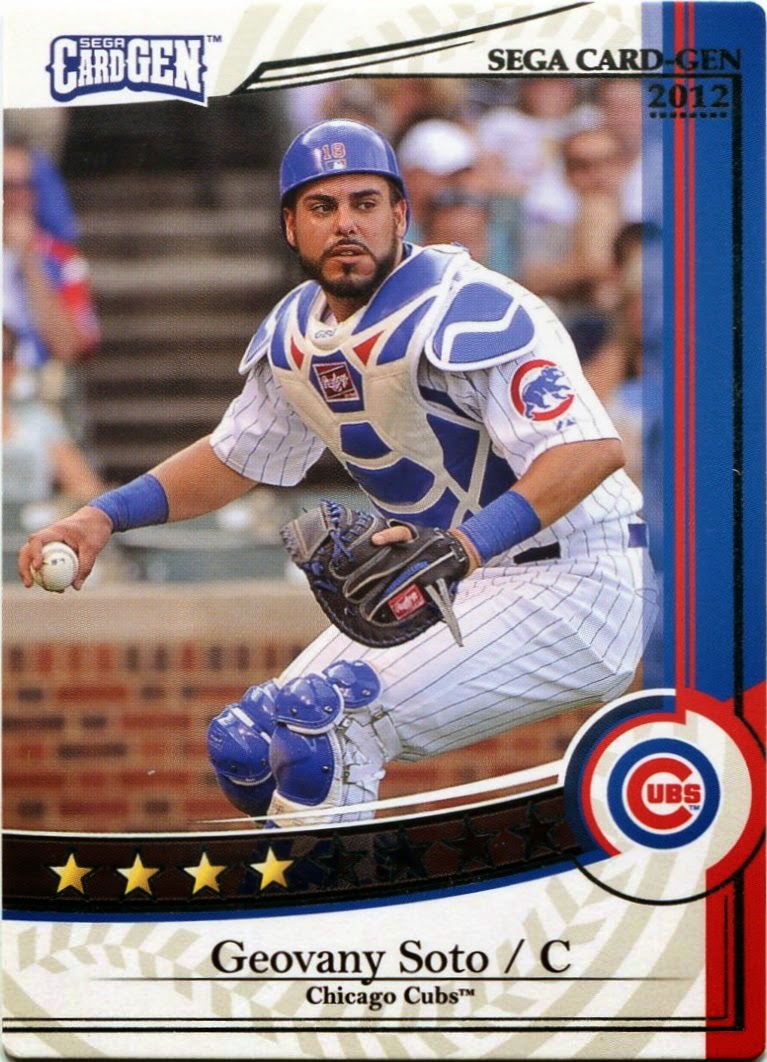 Kenny has posted about these Sega Card-Gen singles on numerous occasions in the past. I've salivated over each and every single one he's shown.

They manage to combine my love of oddballs, baseball gaming cards, and Japan's appreciation for the National Pastime into one package. Kenny even added another layer by sending a Card-Gen single that depicts one of my beloved Cubbies.

Though he's still hanging around with the Rangers, Geovany Soto's 2010 NL Rookie of the Year campaign is all but forgotten these days. I'm probably one of the few people left who still actively builds a Soto collection.

This awesome oddball may well be the new centerpiece of it. 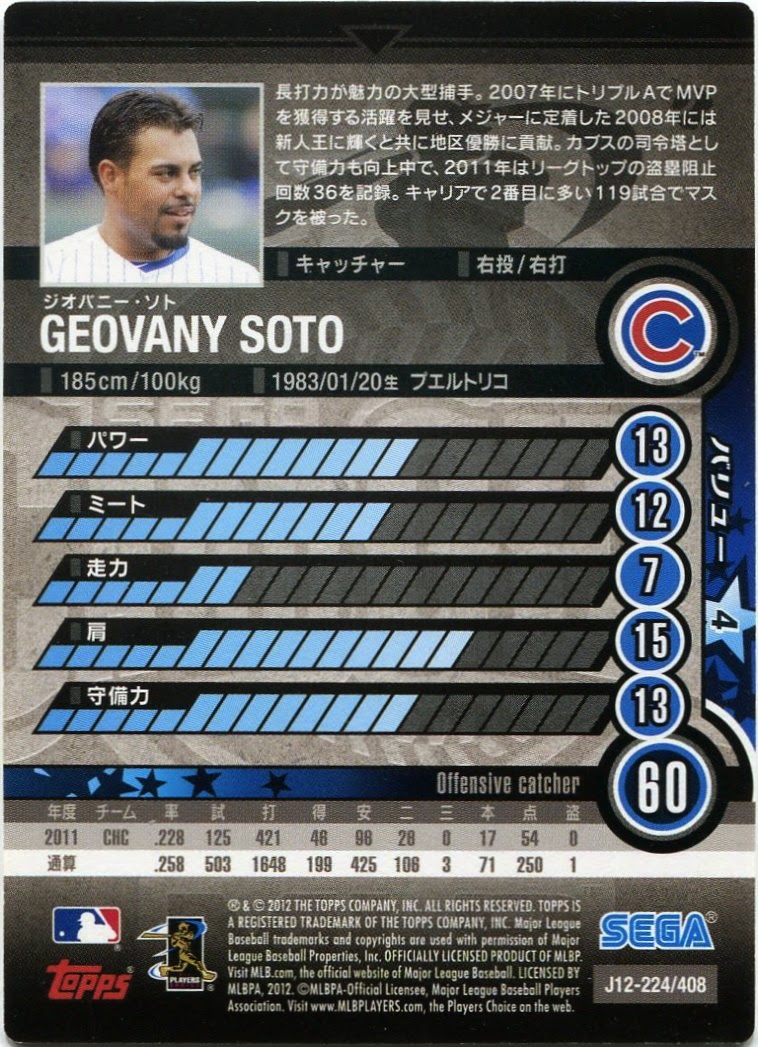 Once again, you get a whole lot more Japanese text when you flip these Card-Gens over.

From what I've read on Kenny's blog, you can play a game with all those numbers and ratings on the back. They were prizes from some sort of arcade game in Japan.

I've never been a big arcade guy, but I doubt you'd be able to stop me from pumping quarters into a machine that spits out baseball cards.

You'd have to drag me away from that thing.

Kenny basically doubled my Japanese card collection with this package, and I can't thank him enough for that.

He's one of the exciting new crop of devoted collectors who have made the leap and started their own blogs in the past few months.

We're in the midst of a true blogosphere renaissance.
Posted by Nick at 3:42 PM

Glad you liked the cards. I really wish I'd been able to trade with you a lot earlier though, before my Japanese oddball well ran dry.
I'm working on another ZZ'ing for you as we speak. Hopefully I can muster just enough cards to make you at least awestruck.

Kenny is zippin' awesome! I too am glad he started blogging this past year.

That Rajah card showed up in one of my Cubs lots I picked up and while it doesn't say it, he's a Cardinal there. Sneaky Cardinals trying to infiltrate my Cubs collection...