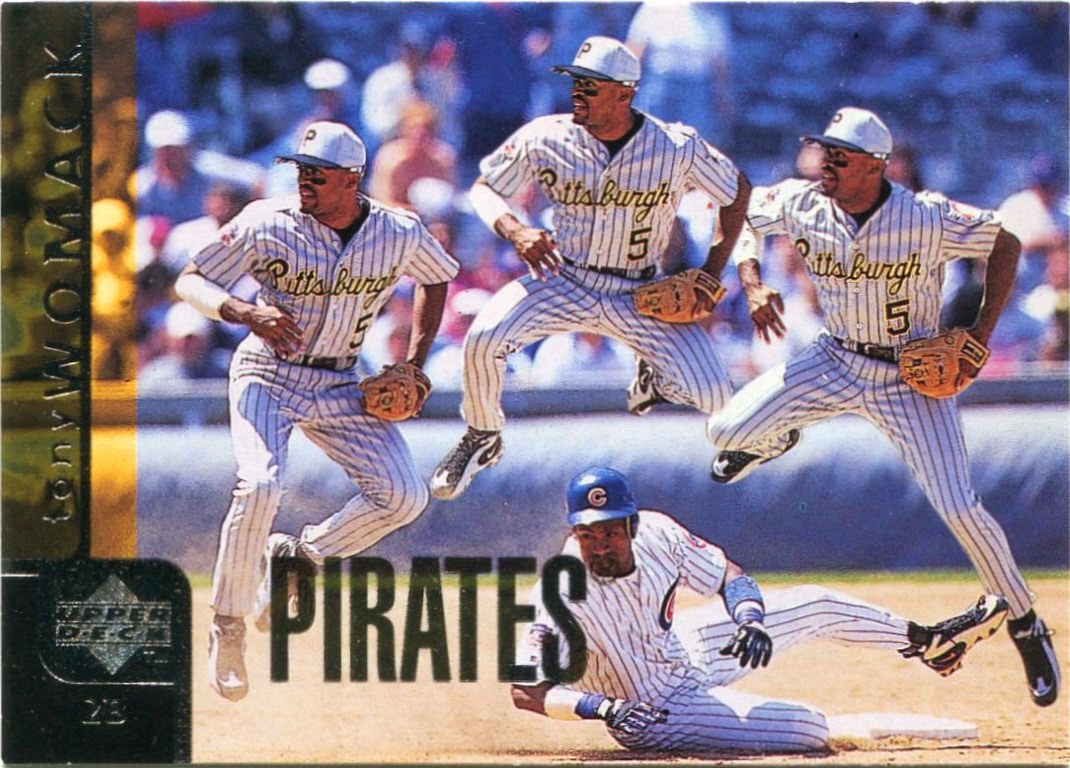 To me, crafting a trade package is an art.

Perhaps the best part is the fact that everyone does it in their own way. No two trade packages are alike.

When I was on the trading forums, other members and I would agree on what cards to send beforehand. That format is nice, but it takes a lot of the fun and excitement of trading out of the equation.

The vast majority of swaps I've made here in the blogosphere are what you might call "blind trades". While trades may sometimes be built around one or two cards, most of what my fellow bloggers and I send each other is a complete surprise.

That's allowed me to develop a specific style to the trade packages I create. People seem to enjoy what I send, so I figured I'd divulge a few of my personal trading tactics to you here tonight.

I just happened to have a stack of Pirates cards for Matt of the great blog "Bob Walk The Plank" on my desk when I came up with the idea for this post, so we'll take his trade package as an example.

Now that he's received the package I sent, I won't ruin any of the surprises.

Tip #1 -- Try to include a few cards that fit your collecting styles.

This is where I try to push my dime box propaganda on everyone else.

I try to include a few funny dime box-like cards that match the given team(s) of my trading partner. These are usually doubles that I accidentally picked up or ones that other people have sent me.

For Matt, I thought this odd multiple-exposure/double dip Tony Womack would do the trick. 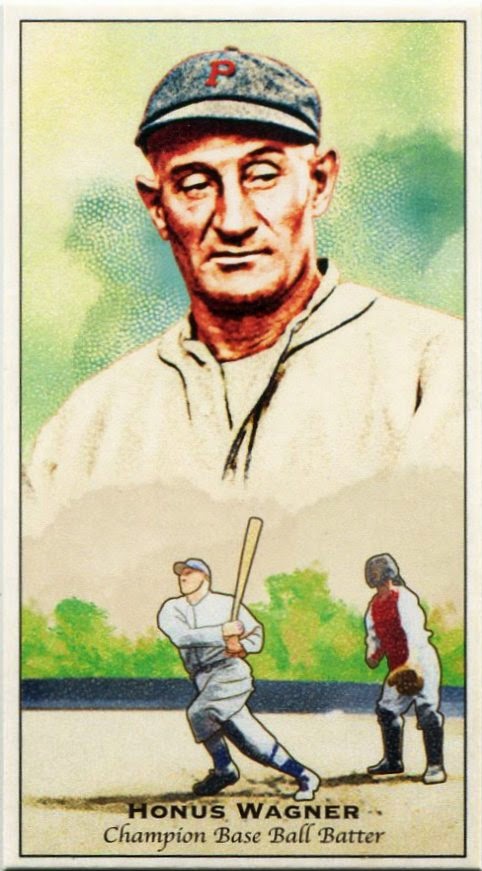 If possible, I try and add a mini or two to every trade package.

I'm not exactly sure why. I mean, not everyone likes minis. Maybe they can be more trouble then they're worth at times.

To me, they add a nice change of pace to a stack of normal-sized cards. 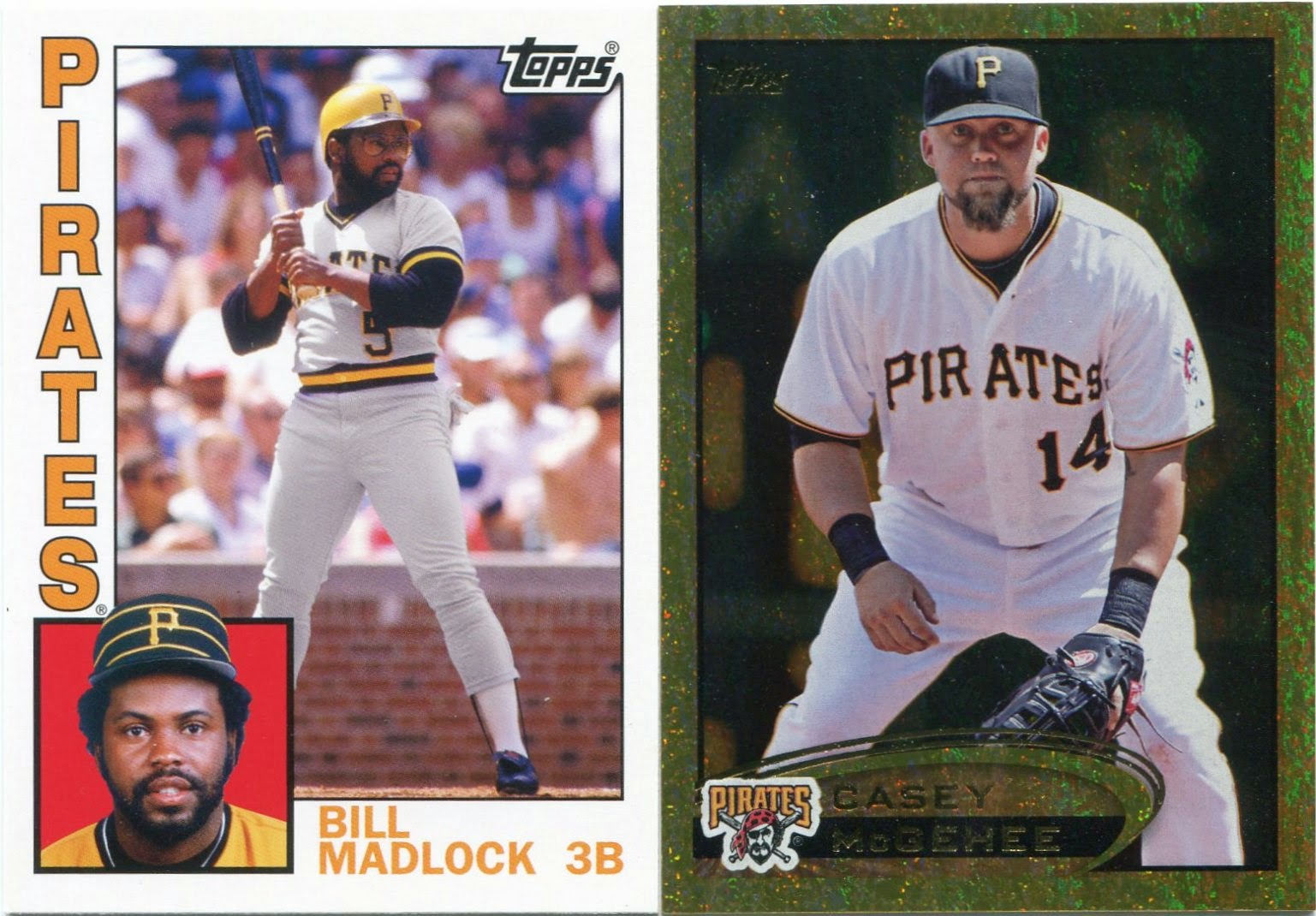 Tip #3 -- Include the latest and greatest.

I feel it's important to include a variety of different players and eras in any given batch.

Still, you can't go wrong with a few cards from the last couple years or so. Whether it's base issues, inserts, parallels, SPs, or whatever else, it's always nice to keep a trade package relatively current.

Just because a card is newer doesn't mean it can't be special. 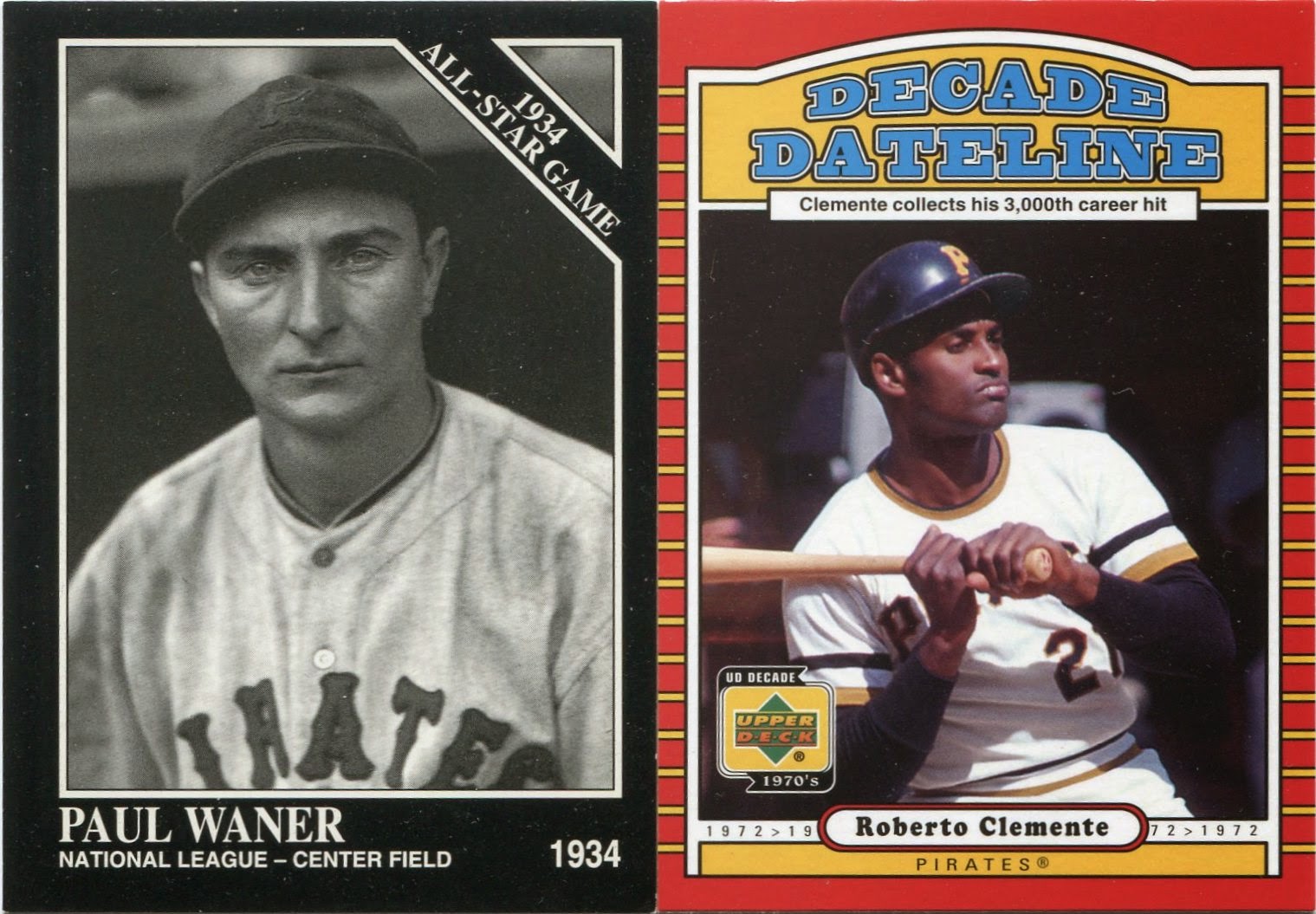 While the latest and greatest may be important, I usually try to throw in a few past heroes from whatever franchise my fellow trader enjoys.

In the case of Matt, I got pretty lucky. The Pirates have a rich and storied history of legends. Paul Waner and Roberto Clemente are just a couple of big-name Buc heroes.

When it comes to trade packages, you can never forget the past. 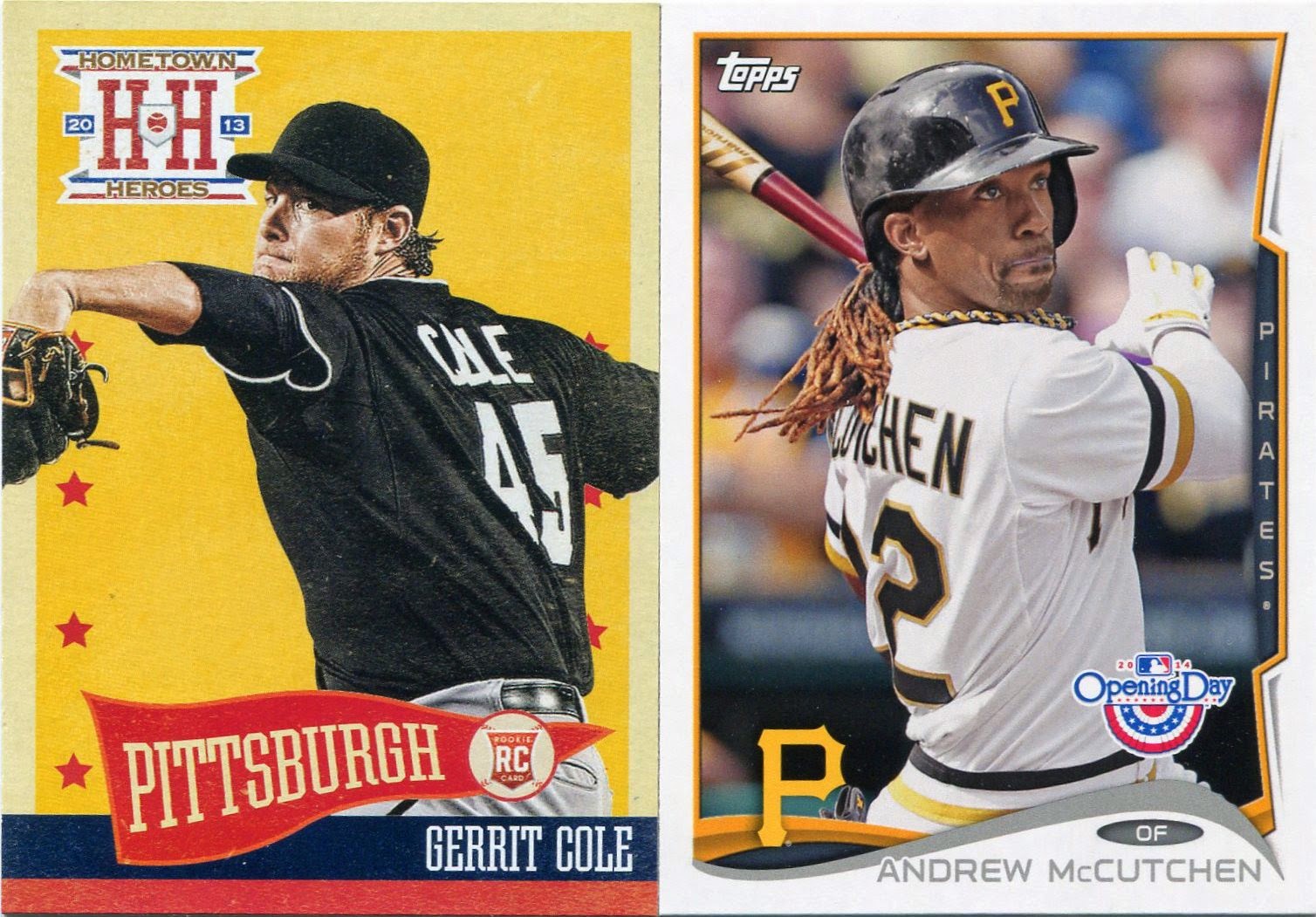 While I base most of my trade packages on sheer randomness, I do try and send along at least a few more specific needs for any given trader.

Perhaps the person you're trading with is trying to build a few sets. Or, even if they're a diehard team collector, they may still have few specific players they prefer over others. In Matt's case, a couple of those guys are Gerrit Cole and Andrew McCutchen.

I didn't find as many specific player needs for Matt as I had hoped, but I did manage to dig up these two.

I will say that buying pack after pack of Hometown Heroes from my local Target has had an unexpected benefit.

People really seem to like finding them in trade packages. 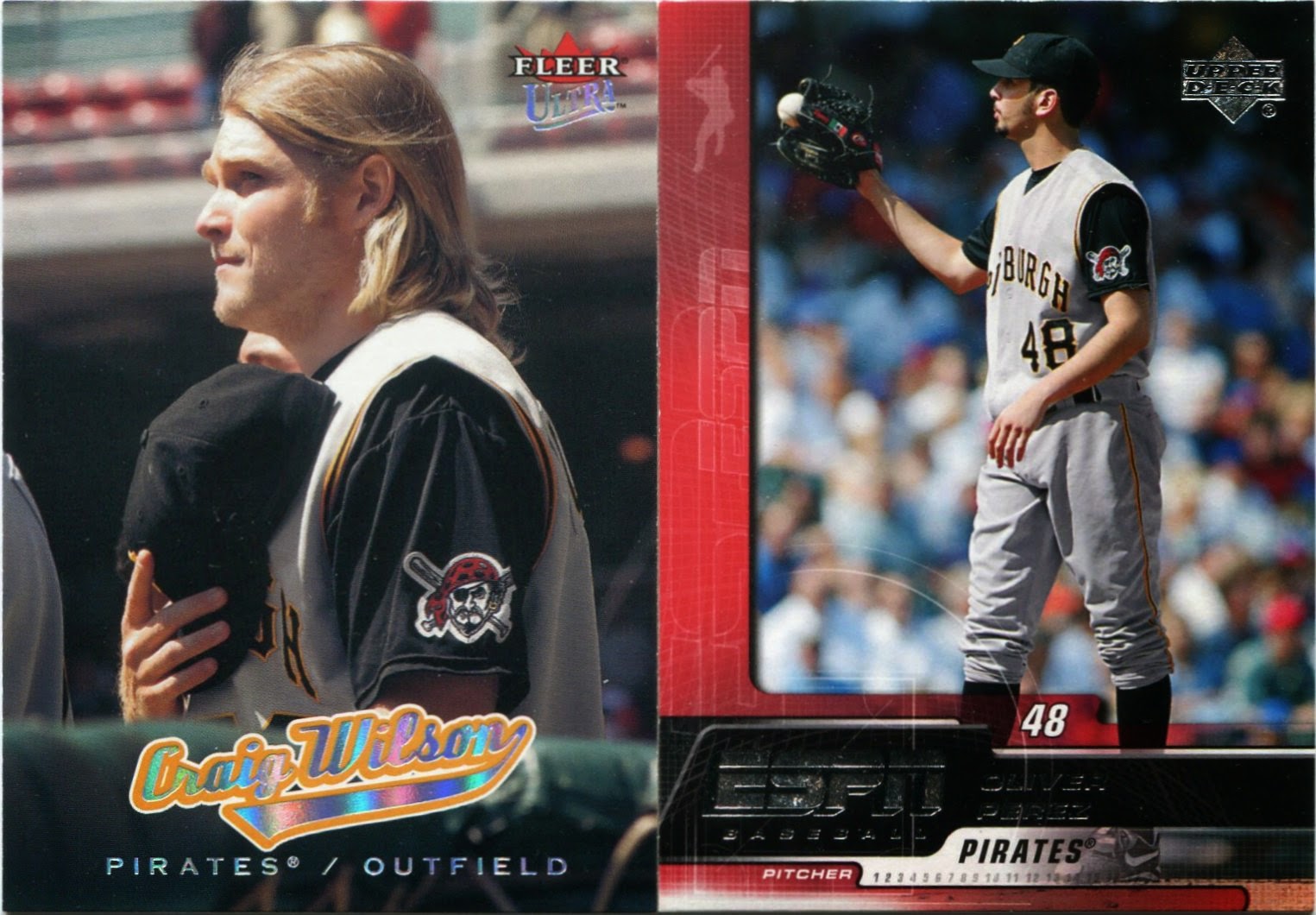 Tip #6 -- Include a few brands that have been lost to history.

We've come to one of my favorite little quirks in my trading repertoire.

These days, all you hear about is Topps, Topps, and more Topps. It's one of the downsides of the current monopoly.

That's why I've taken to including a few "lost to history" brands in every trade package. I can't say I hear about Ultra or Upper Deck ESPN much here in 2014. Their fifteen minutes of fame were over a while ago.

Not surprisingly, dime boxes have come in handy for this particular tip. 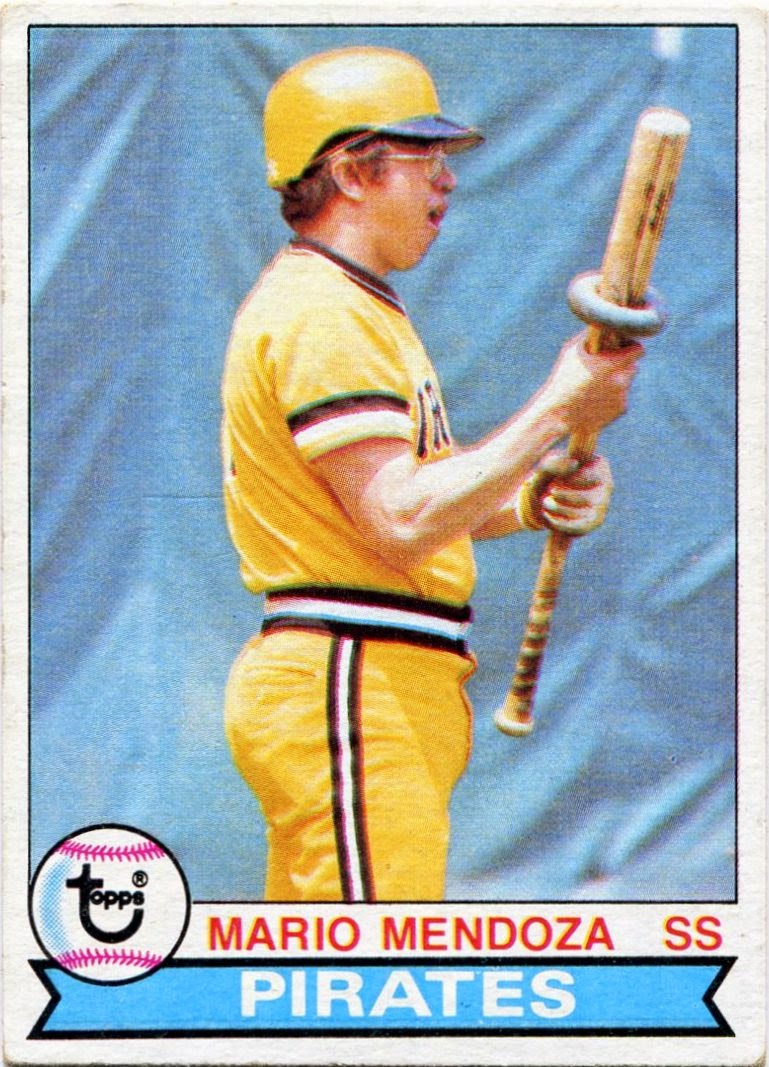 Obviously, this isn't applicable if you're trading with a Nationals, Rays, Diamondbacks, Rockies, or Marlins collector.

For fans of any other team, though, I do my best to spread a little vintage goodness as often as I can. After all, nothing from the current hobby can match the sheer look and feel of a Mario Mendoza card from '79 Topps.

When it comes to trade packages, vintage is the straw that stirs the drink.

This is the most ambiguous of all my trading tips.

When I dig into a trade package sent by one of my many blogging buddies, I usually find a whole bunch of things I need. At some point, though, I'll stumble upon that one special card that makes me stop and say, "WOW!".

I know how special that feeling is. That's why I try my best to add that wow-factor card into every trade package I craft.

With Matt, I thought this neat fold-out relic might be that special piece.

For the most part, though, it's not up to me. I can do my best to predict what cards might strike the fancy of the recipient, but only they know what they'll enjoy.

I've sent packages where an innocent little base card that I threw in at the last minute turned out be that wow-inducing piece of cardboard.

In the end, you just never know.

That's part of what makes piecing together a trade package so much fun.

It's still one of my greatest joys as a collector.
Posted by Nick at 6:34 PM

I think you hit the nail right on the head. Putting together packages for people gives just as much satisfaction as what you get in return.

It's a great formula! I love all the cards you included. It's ironic you sent the Waner as I want to do a post on both Big and Little Poison.

Cool Post. Nice formula. Of course it also helps if you are familiar with your trade partner. Then again trading with bloggers you tend to get a better perspective of what they like than on the forums.

Another thing about Forum trades is most people tend to stick to the same "Book Value" trades (some adjust that to "Sale Value"). I have never been good at those type of trades. I usually don't know what the exact current value is just if the card is popular or not.

#7 ? I'm a Nationals fan BUT also an old Senators fan (I KNOW they are NOT the SAME TEAM, but it's a DC thing - see "NO Baseball in DC for over 30 years"). I was also a casual fan of the Expos round the 70s. But I am also a vintage collector so I'm all about #7

I'm not much into minis any more so #2 is isn't as good for me, unless it is A&G sub-sets, the A&G parallel sets I will never complete (not even the base A&G sets it seems).

Your website is very beautiful or Articles. I love it thank you for sharing for everyone. Complete Baseball Packages