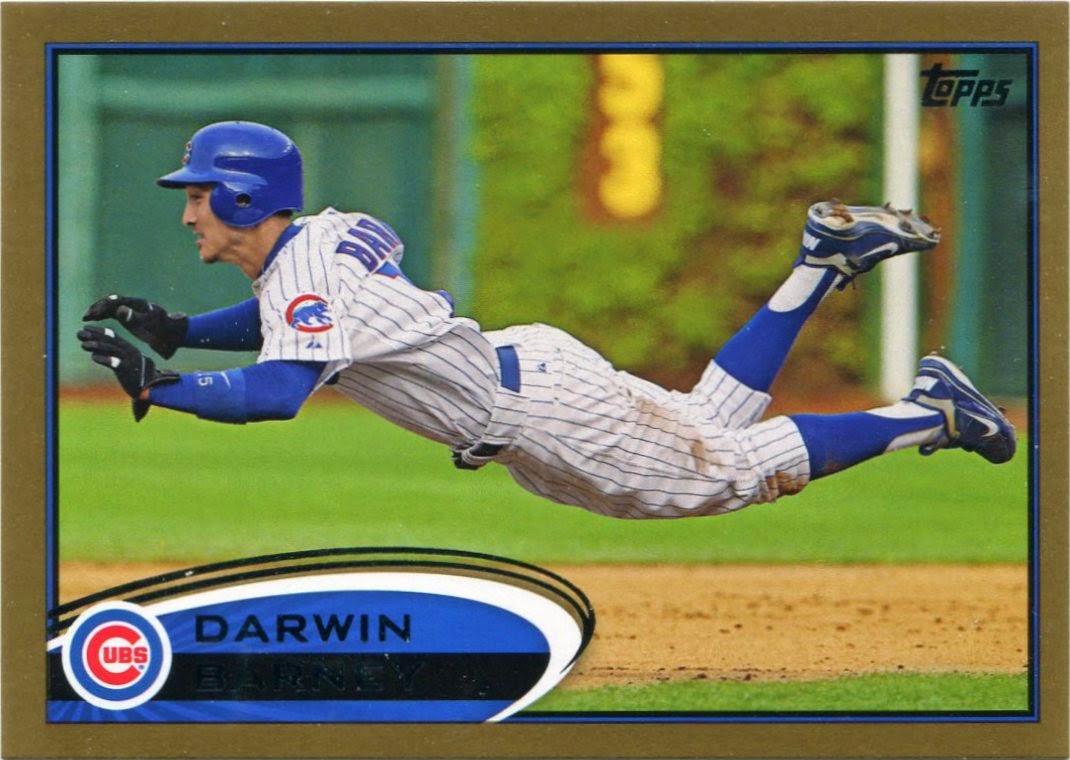 I'm not afraid to admit it. Repacks and I have a special connection. Nothing will ever stand in the way of our love. It's like we were meant for each other.

Basically, repacks and I are the plot of a corny B-movie. That was especially true with the last one I bought.

After one of my recent searches for Heritage came up empty, one of the repacks my local Target had on the hanger intrigued me. For some reason, though, I didn't buy it. Instead, I made a vow that I'd come back for that lonely repack at some point in the future.

As it turns out, that repack and I were reunited the very next day. After worrying that some evil soul would snatch the repack from right under my nose, I decided that it had to be mine as soon as possible.

I rushed over to my local Target and snagged it off the shelf, wondering what had held me back the previous afternoon.

Unlike many of the past repacks I've opened, this one didn't contain a pack of 1989 Fleer. That's certainly no skin off my back.

The only pack I found was the usual one of 2012 Topps Update. I don't know what it was, but I had a feeling that something special was in the thing. I was right.

My pack netted me the Darwin Barney you see above, a gold parallel of one of 2012's finest moments.

The fun was just beginning. 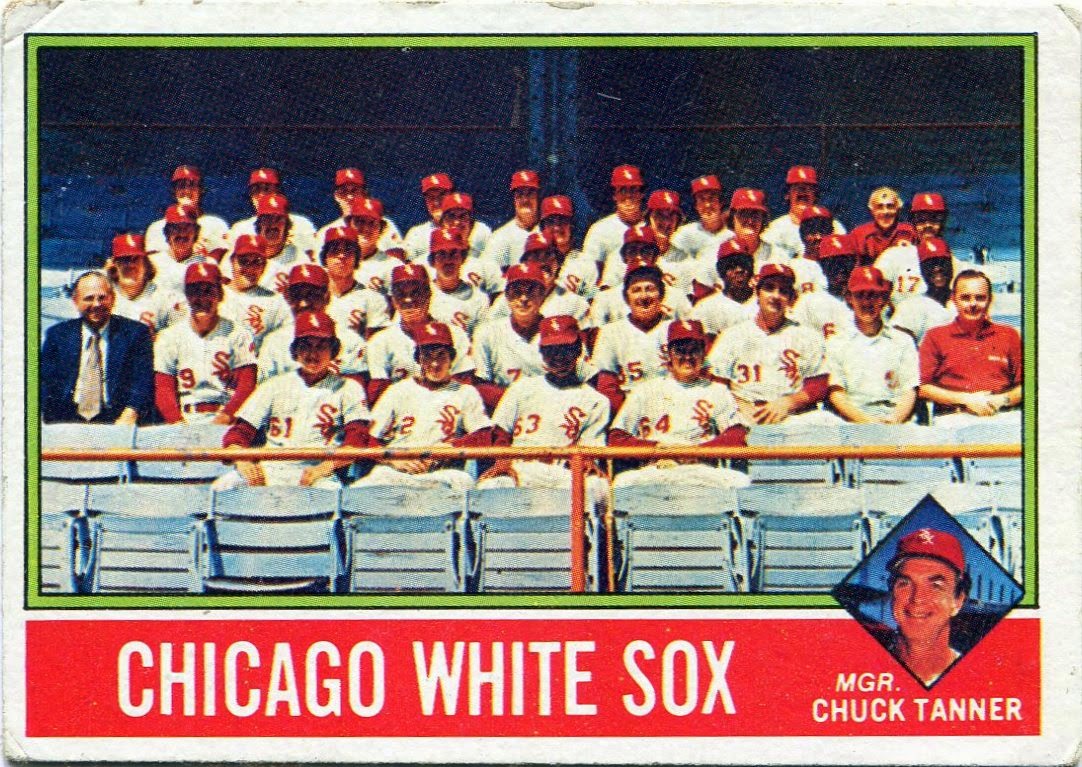 Most of the vintage in repacks I open end up being quite forgettable.

That is, if they contain any vintage in the first place.

However, this particular one had a groovy piece of '70s baseball in store for me with this White Sox team card.

Although I'd already had a copy of it in my collection, this one was a vast upgrade. Mine looked like it'd been run over by an 18-wheel semi at some point.

I don't know about you, but I wish the South Siders would permanently make red a part of their color scheme again. 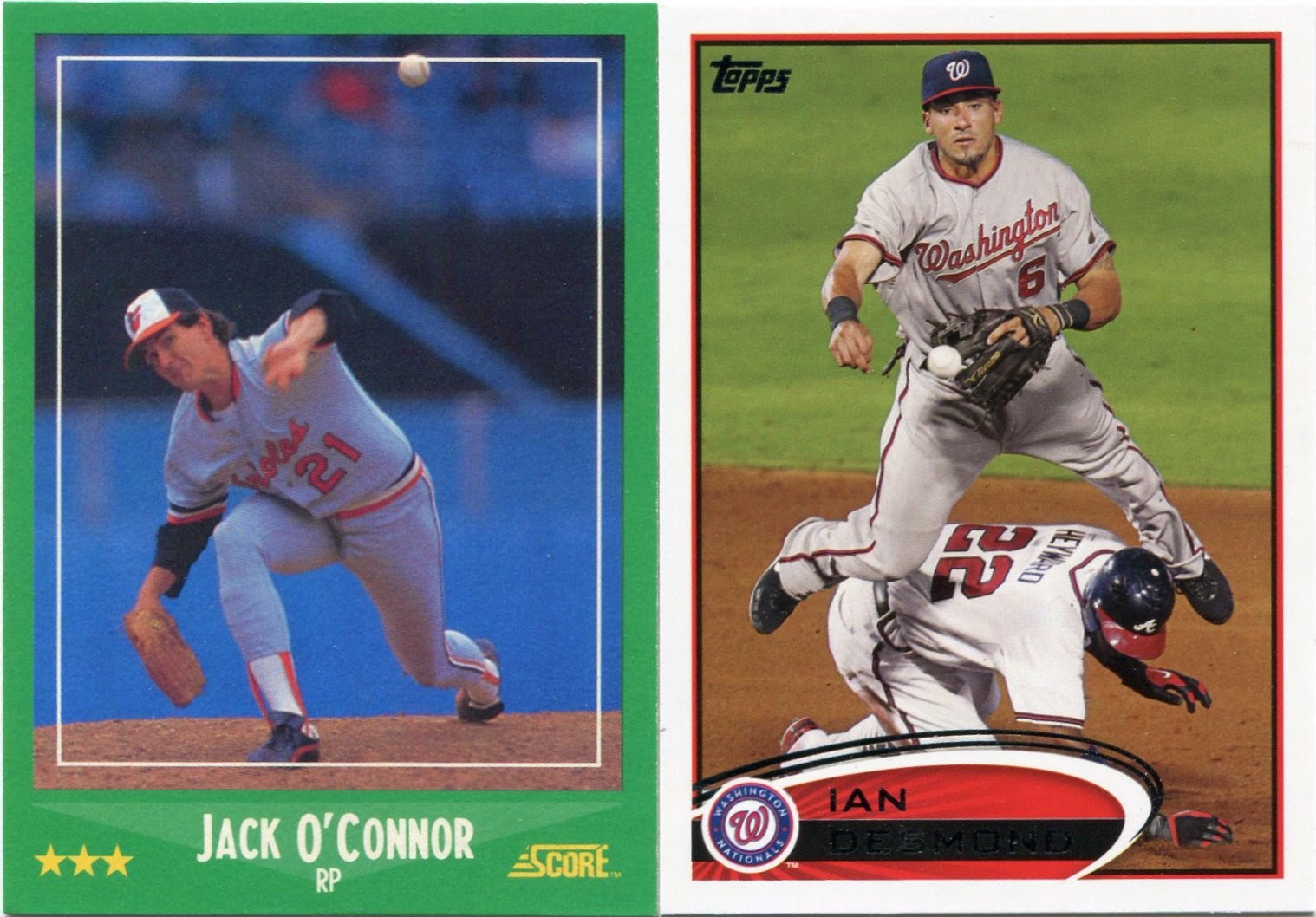 As any repack is bound to have, this one featured a few fun randoms.

While I enjoyed the Ian Desmond "double dip", the O'Connor really grabbed my attention. From the looks of it, he just uncorked a Nuke LaLoosh-like fastball into the stands. 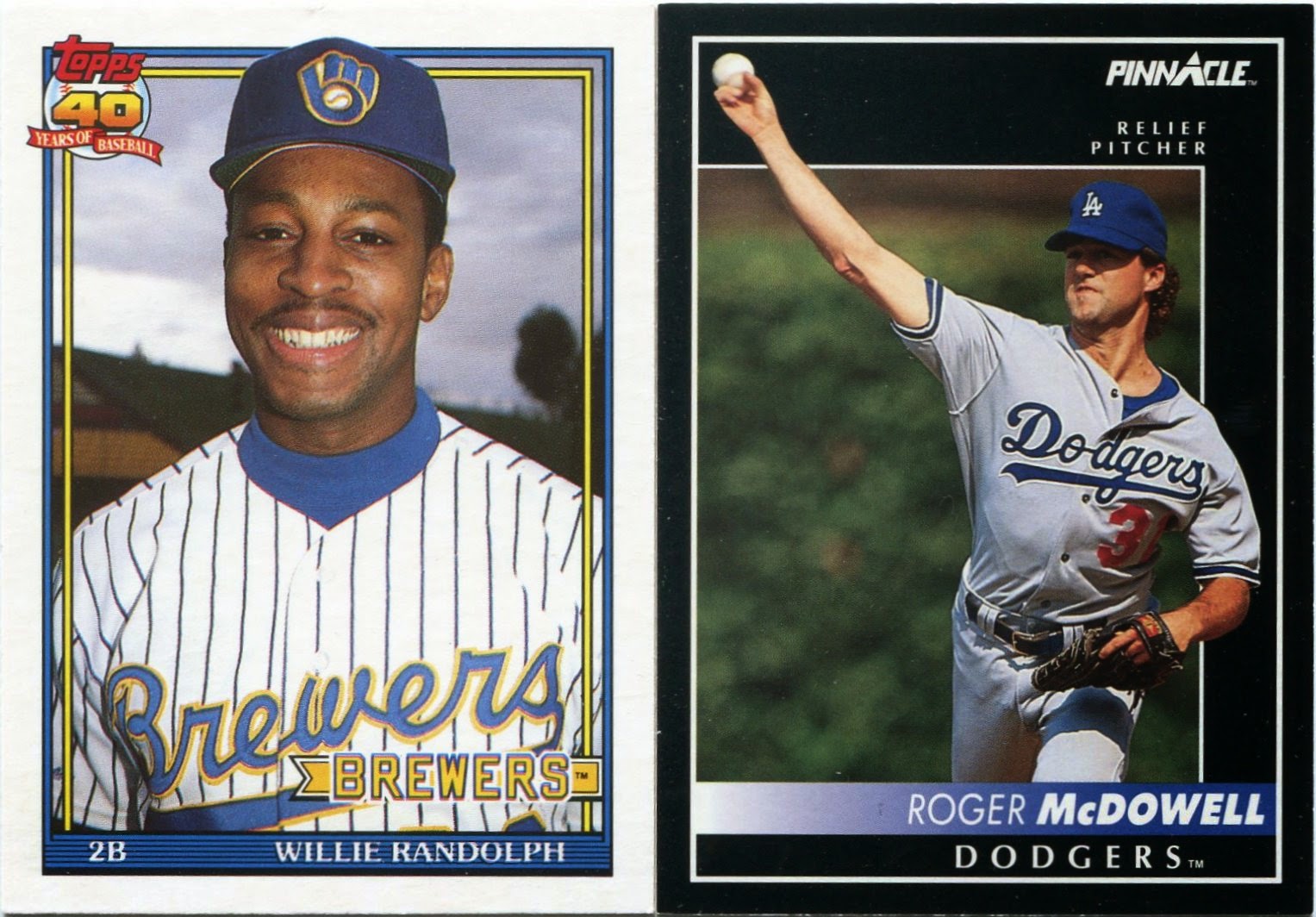 I'm constantly amazed at how many overproduction era cards I still need.

Though I seem to have reams of 1991 Topps and 1992 Pinnacle extras lying around, both of these were new to me.

Willie Randolph as a Brewer never quite looked right to me. 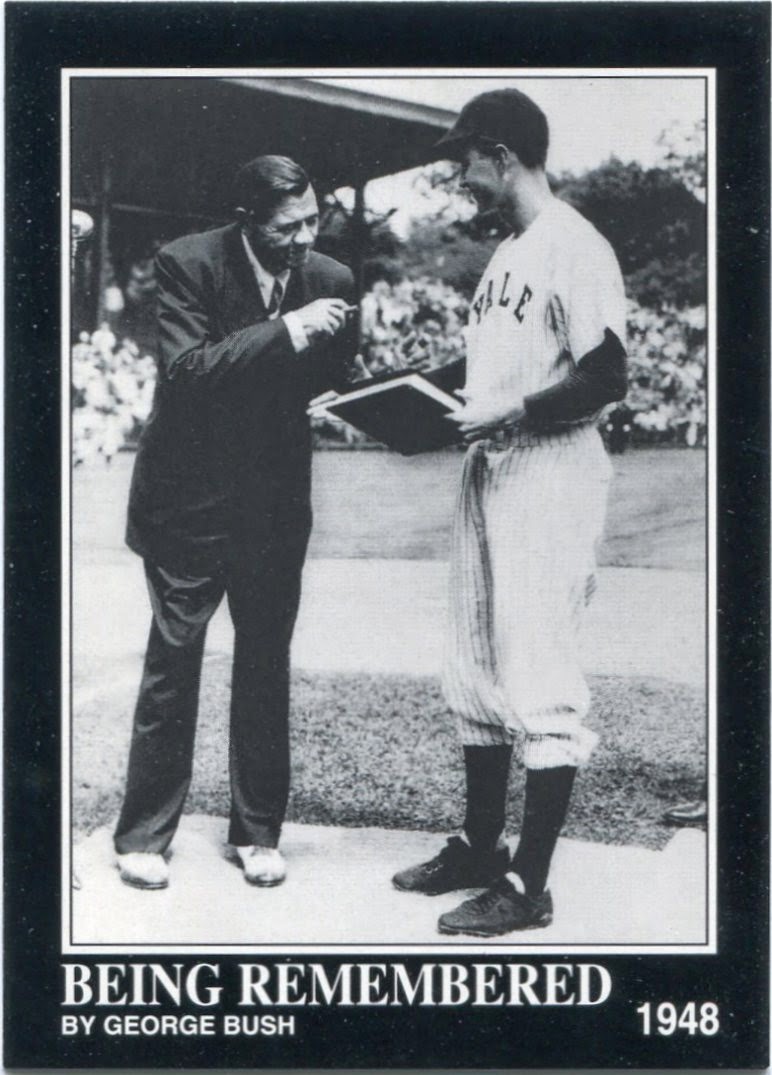 Perhaps the strongest connection between repacks and I is our mutual love for oddballs.

Every single one I open seems to have a few new oddities for my binders. At just four bucks, you can't beat the draw of landing some cool oddballs.

Most of the repacks I've opened lately have contained one of these 1992 Conlon Babe Ruth singles. As you might know by now, I'm on board with absolutely anything Conlon-related.

This one, however, was particularly mind-blowing. Shortly before his death in August of 1948, "The Great Bambino" is shown here handing out an award to a Yale baseball player. That player was named George Bush.

Yes, the very same George Bush that would become president about 40 years later.

Talk about a coincidence! 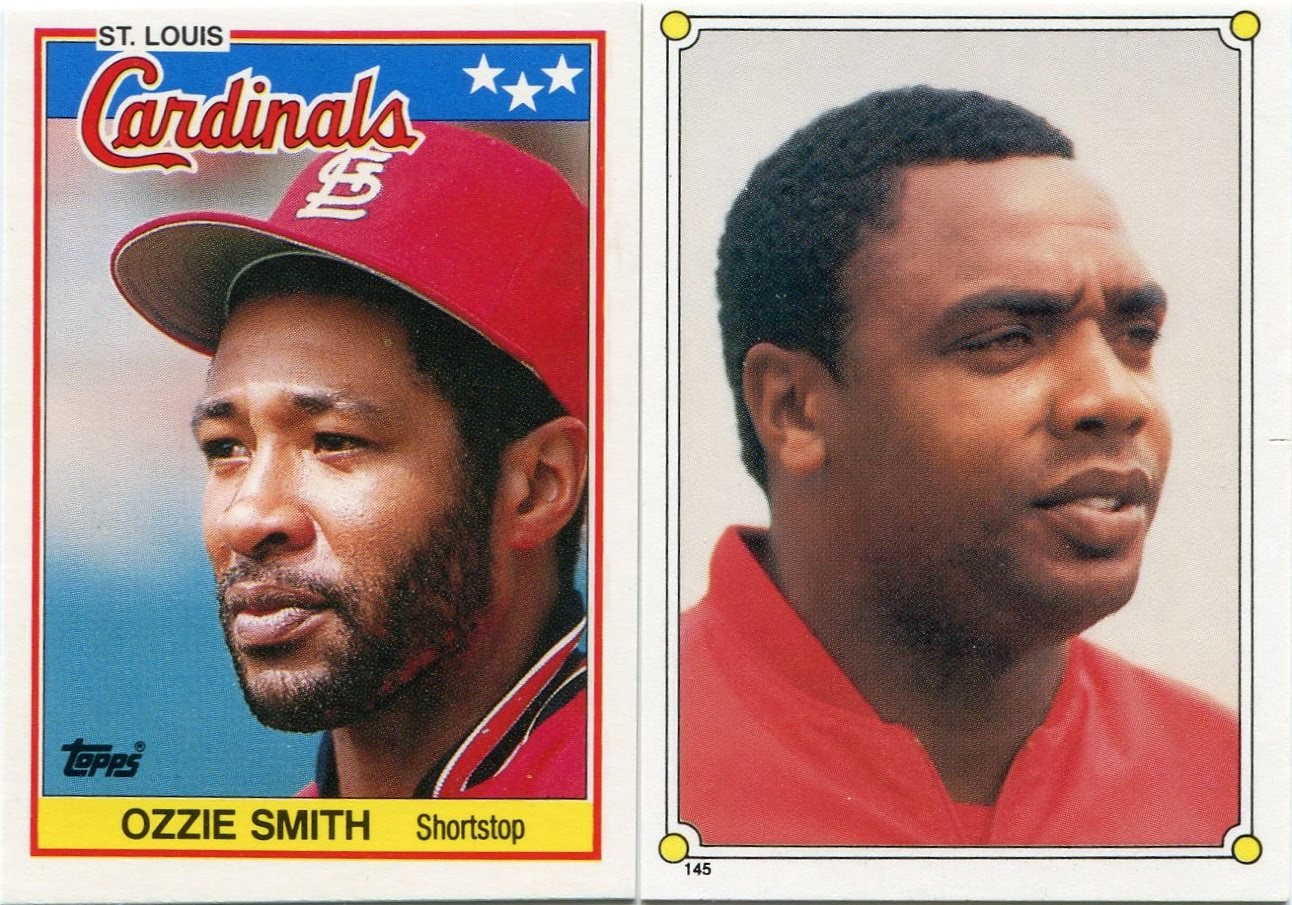 Oddball minis have become an integral part of the repack experience.

They're always good for some bite-sized fun. 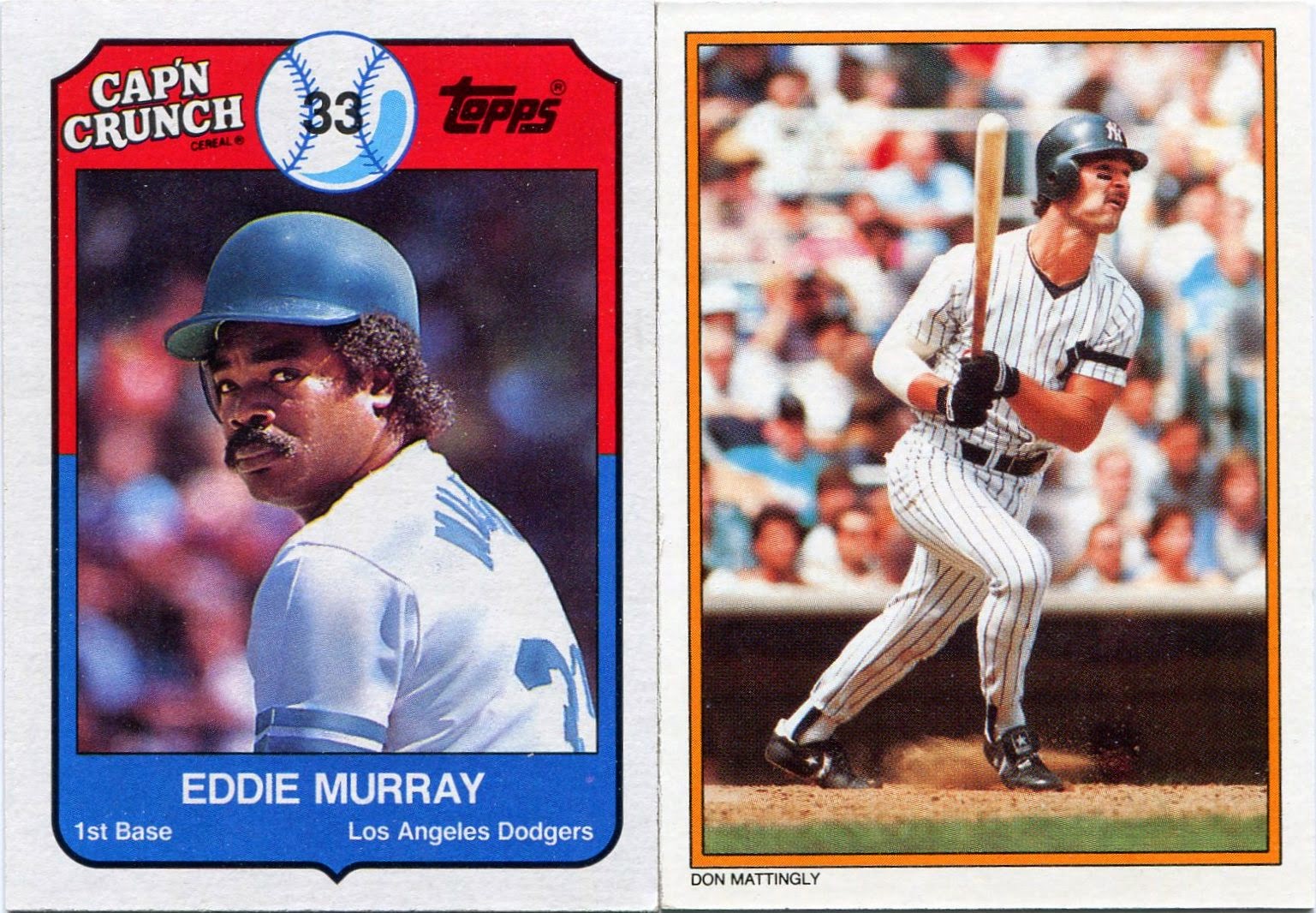 Sadly, I've never had the opportunity to get a baseball card out of a cereal box in my lifetime.

It's one of my bigger disappointments. 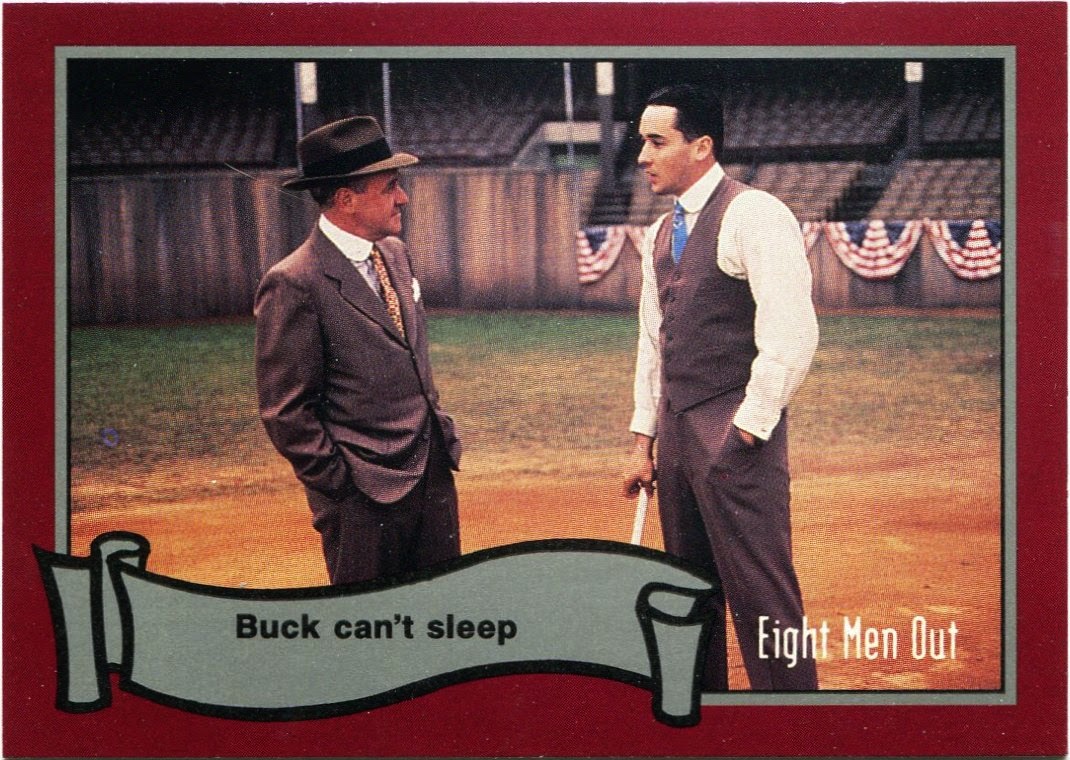 Like any good relationship, repacks will almost certainly surprise you every now and again.

Pacific's 1988 Eight Men Out release is one of the better oddball sets in history. Unlike the Conlon Ruths, though, I'd never gotten one of these out of a repack before.

Except for The Sandlot, Eight Men Out is most likely my favorite baseball movie. Pictured here is one of the better scenes from the film, featuring John Cusack as White Sox third baseman Buck Weaver.

In fact, I may have to go watch Eight Men Out for about the twentieth time now. 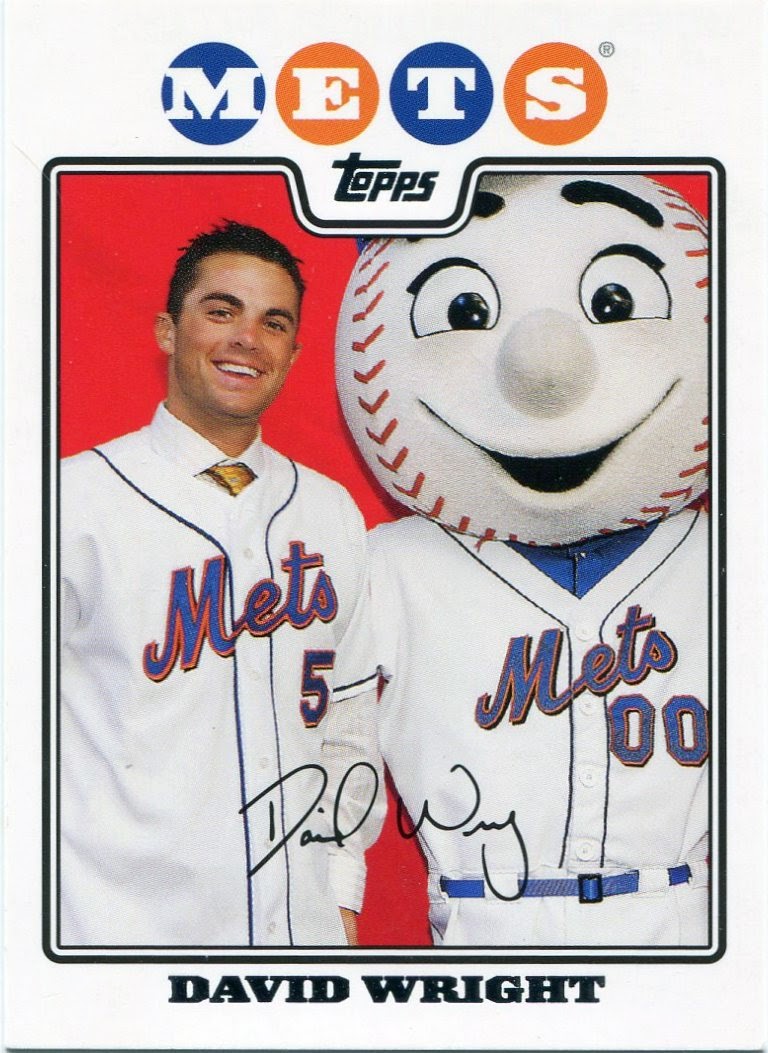 When I first laid eyes on this repack, one thing in particular caught my attention.

Staring out at me from the window of the very first repack on the shelf were none other than David Wright and Mr. Met. I was hopelessly in love.

Since I bought quite a bit of 2008 Topps in its heyday, I wondered how such an awesome card could've slipped by me. I wondered whether it was a pre-Topps monopoly photo-variation SP or something.

After a little research, however, I found that Topps issued these as kind of a "Stay In School" promotion back in 2008. Ironically, they were only available via Target.

In the end, I did get my copy at Target, but about six years later. And it took a repack for it to finally happen.

So, just like the end of any corny B-movie, the repack and I lived happily ever after.

I have accumulated a bunch of those "Eight Men Out" cards through my repack buying as of late. If you want more, I'd be happy to ship them your way, Nick.

As an aside, I'm a Brewers fan, and Willie Randolph as a Brewer still does not look right.

Hey Tony, I would love any Eight Men Out extras you have. I couldn't find your contact info, so please email me at nickpecucci AT sbcglobal DOT net if you see this. Thanks!

Nice repack. That George Bush card is pretty cool. I always liked those Conlons. But the best card is that 2008 Topps David Wright. Makes me want to chase down these Stay in School singles.

Eight Men Out. Cool movie. A couple of years back I bought the full card set, still in the cheapo box with the "window" on the front/top to see the first card. I think my set might have also been "sealed" when I got it. I do recall if it was sealed it wasn't correlated, I remember having to put them in order.

2008 David Wright and Mr. Met. I first heard about that card via the blogiverse. I had problems finding it on a checklist at first, so I didn't know if it was a legit card or not. I knew it was a Target Exclusive but took a while to learn about the "Stay in School" campaign angle of it. I'm trying to track down that card, maybe the next time I got to Target I'll find the "Wright" repack. I might also try looking for the other cards from that "set" but maybe not.

I can't believe you passed up on Mr. Met and Mr. Met the first time! You are so lucky it was still there! That's friggin' awesome.

It's funny how these same repacks show similar trends in different locations over time. I've been buying them for a while now, but those Eight Men Out cards have just started to appear. I got a Reds player in each of my last two of those packs. I'm also glad to see that their stash of '89 Fleer is running out...

I got that same David Wright/Mr. Met card out of a repack back in late 2012... it was on the top, and was the reason I bought the repack.

Both JayBee and Paul's Random Baseball Stuff wrote about that Back To School set, but rather than post links to them, I'm going to post a link to my post which, in turn, has links to those posts...

All a part of my nefarious plan to drive traffic to my blog! (Insert maniacal laugh here).