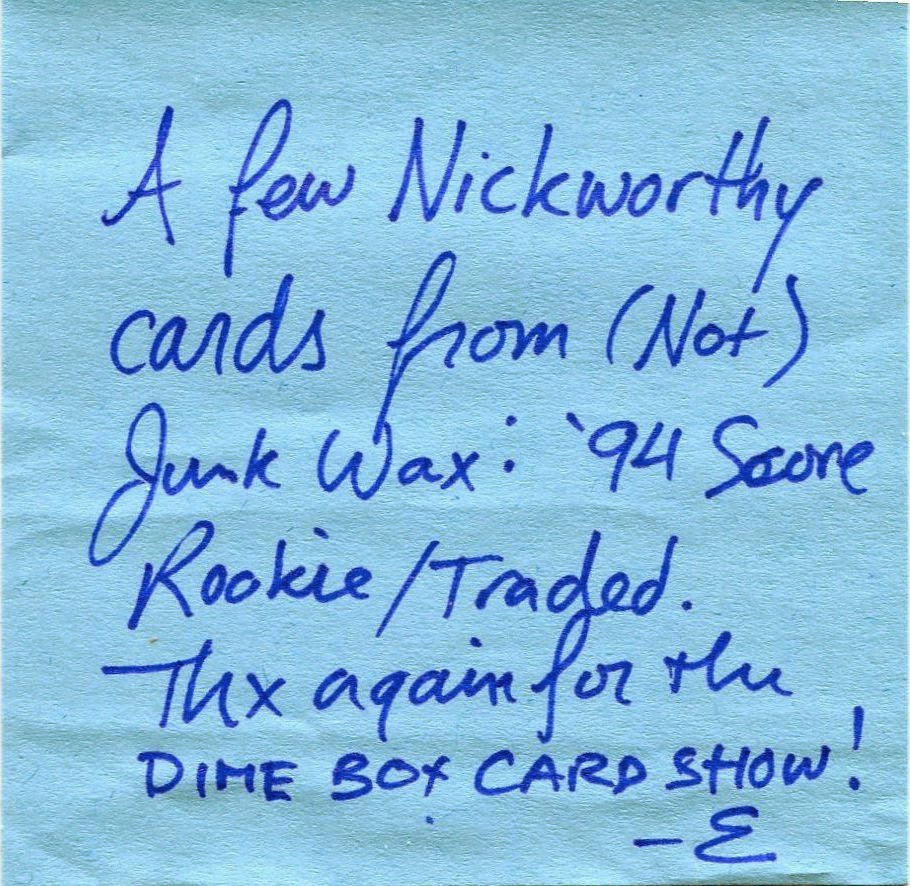 It's fun to see just how far this blog has come in the past couple years.

The fact that I've been able to keep things going around here without much of a hassle is an accomplishment within itself. (Knock on wood.)

On top of that, I've made a ton of great friends who have been gracious enough to send me stacks and stacks of awesome cardboard during my time here.

And, as if that weren't enough, I'm even having new collecting terms named after me.

According to my good buddy Ethan over at the terrific "Playing With My Cards" blog, labeling something as "Nickworthy" is a thing now.

I can't speak for Ethan or the rest of the blogging community, but I don't think a "Nickworthy" card is easily defined.

It's just one of those things where you know it when you see it. 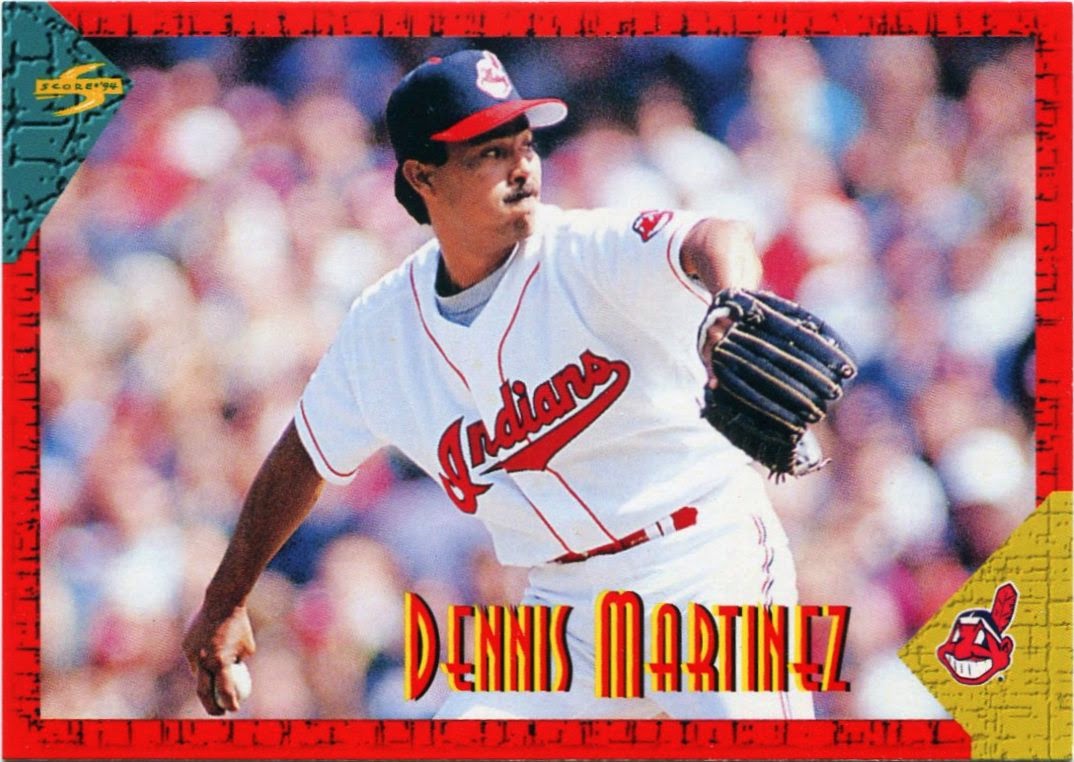 If that's the case, then Ethan is a "Nickworthy" expert.

As the note says, he recently put together a stack of 1994 Score Rookie/Traded singles together for me.

In case you missed it, Ethan's been breaking a few boxes of (not) junk wax sets on his blog, '94 Score Rookie/Traded being one of them. If I ever find myself with a bit of extra cash, I wouldn't mind plopping down a few bucks on something like this.

I've always found '94 Score Rookie/Traded to be highly "Nickworthy" because it looks nothing like Score's standard release that year. While the Flagship release had a darker feel to it, these are much flashier and epitomize the loud designs that came to dominate the '90s.

I wouldn't be surprised if '95 Fleer was at least partly inspired by this set. 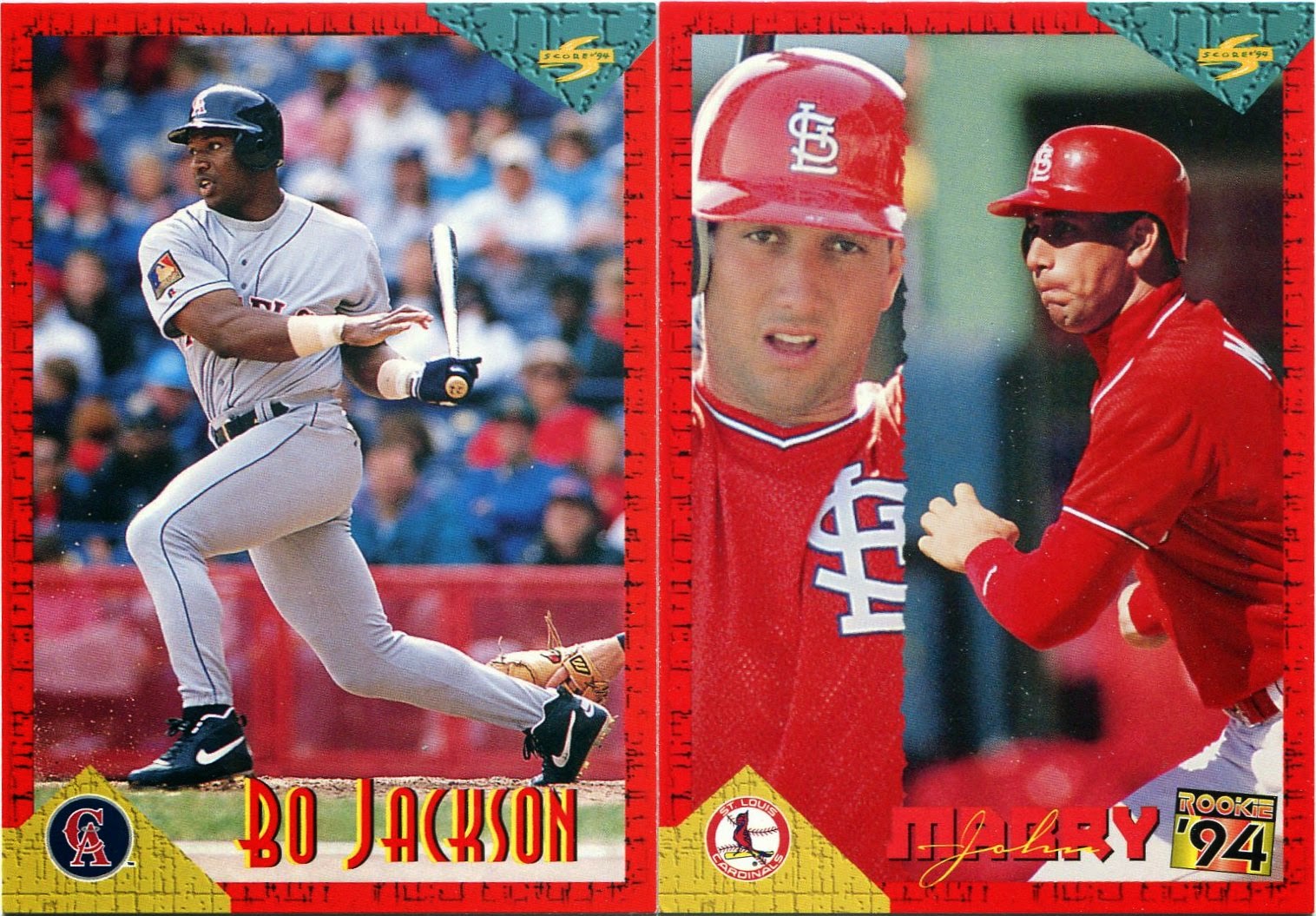 Guys like Bo Jackson received a single, full-frame shot on their cards, while John Mabry-esque rookies received different styled nameplates and had two photos crammed onto the front.

I prefer the single-shot veterans. 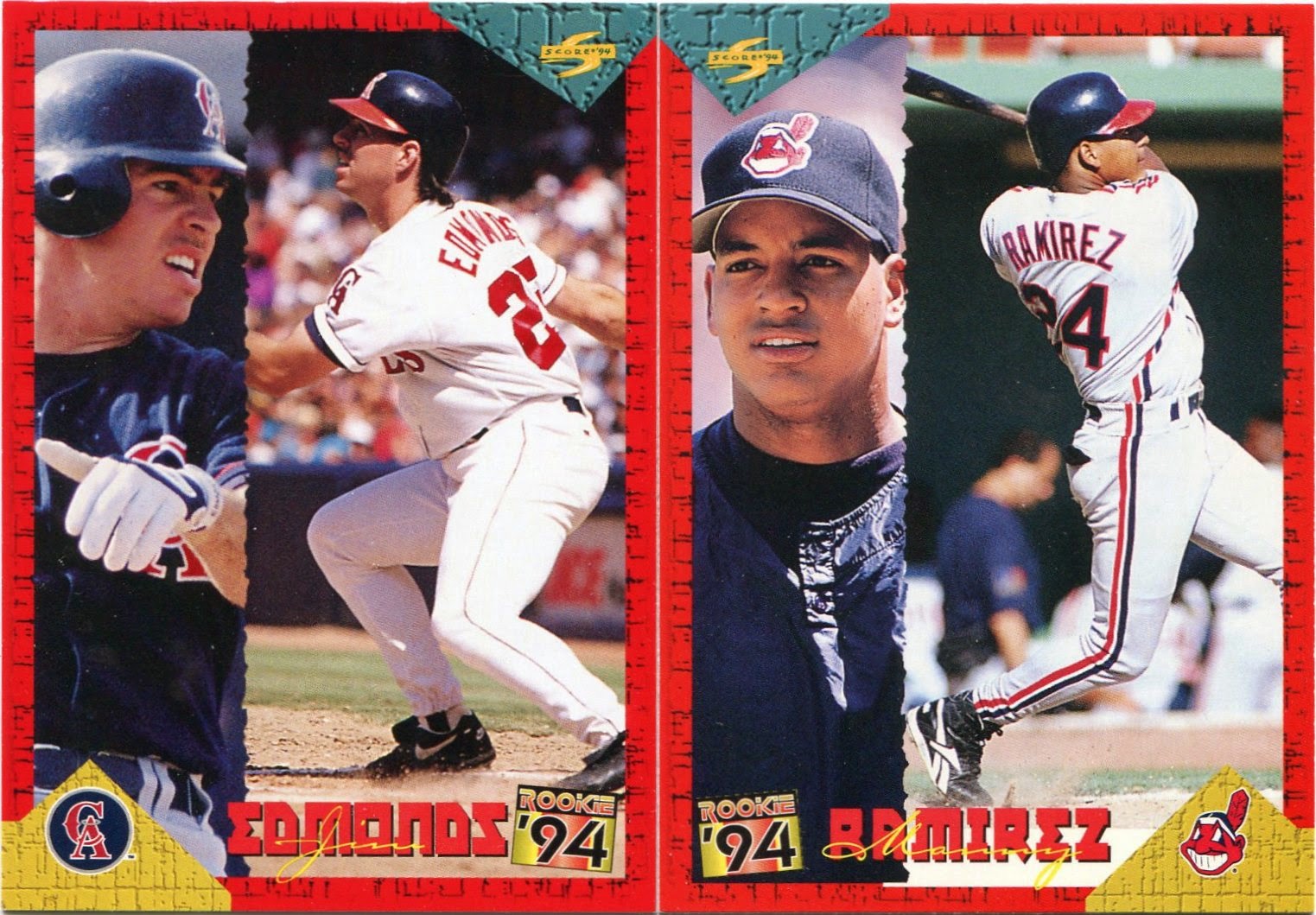 That said, there are some pretty darn good rookies in this set.

While these aren't official first-year cards of Jim Edmonds or Manny Ramirez, both were just starting to burst onto the scene in 1994.

I wouldn't say I collect either of them, but early cards of future stars like these are definitely "Nickworthy". 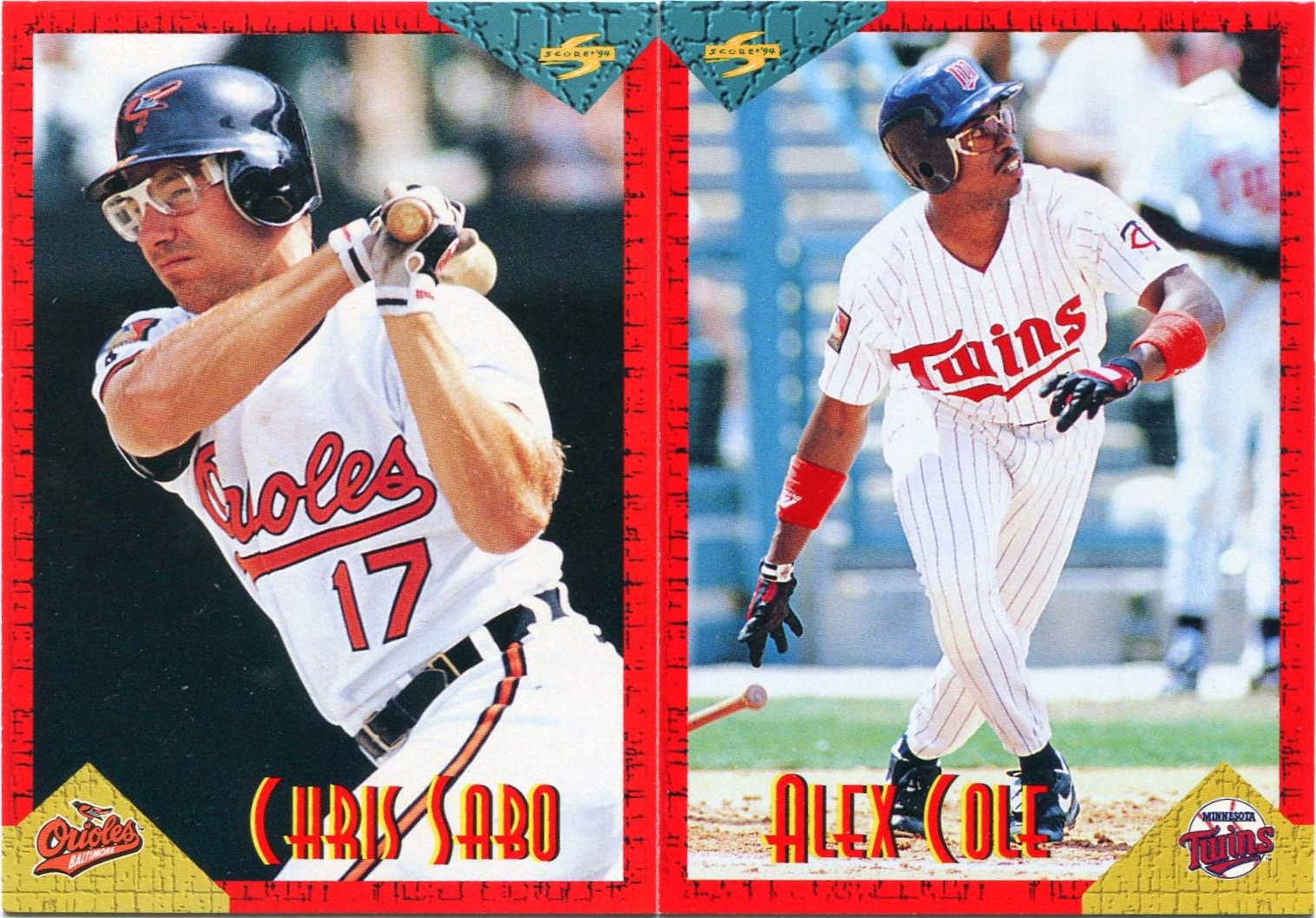 As is the case with a lot of mid '90s sets, there's a ton of nice photography sprinkled throughout this checklist. 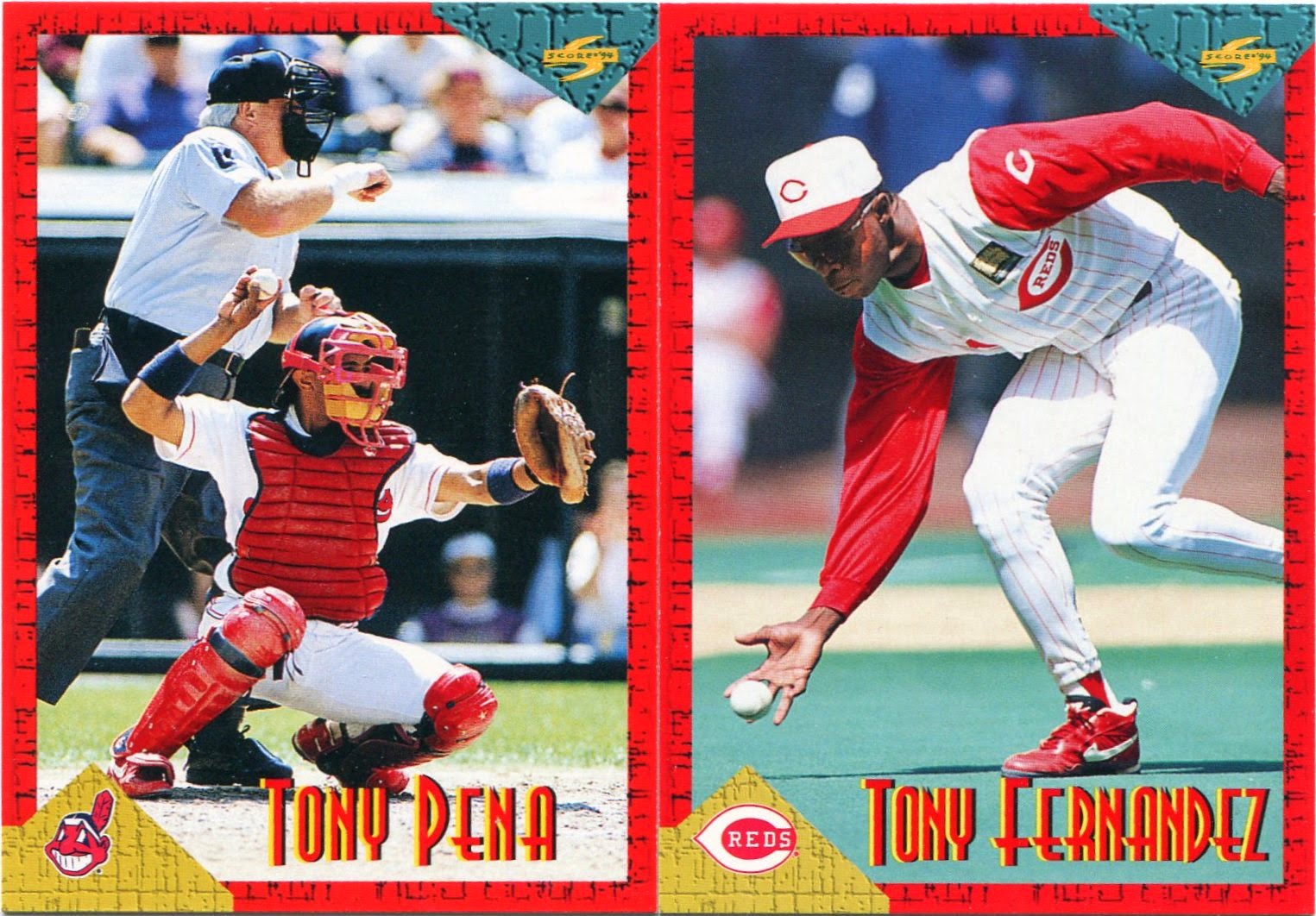 As the King of Random, Ethan has a good grip on knowing which cards I'm bound to enjoy.

I don't think I've seen another card where the umpire actually upstages the featured player. I have no idea who that man in blue is, but his emphatic strike three call puts Tony Pena to shame.

Part of me wants to start a "Web Gems" mini-collection one of these days.

Mr. Fernandez would be a perfect nominee. 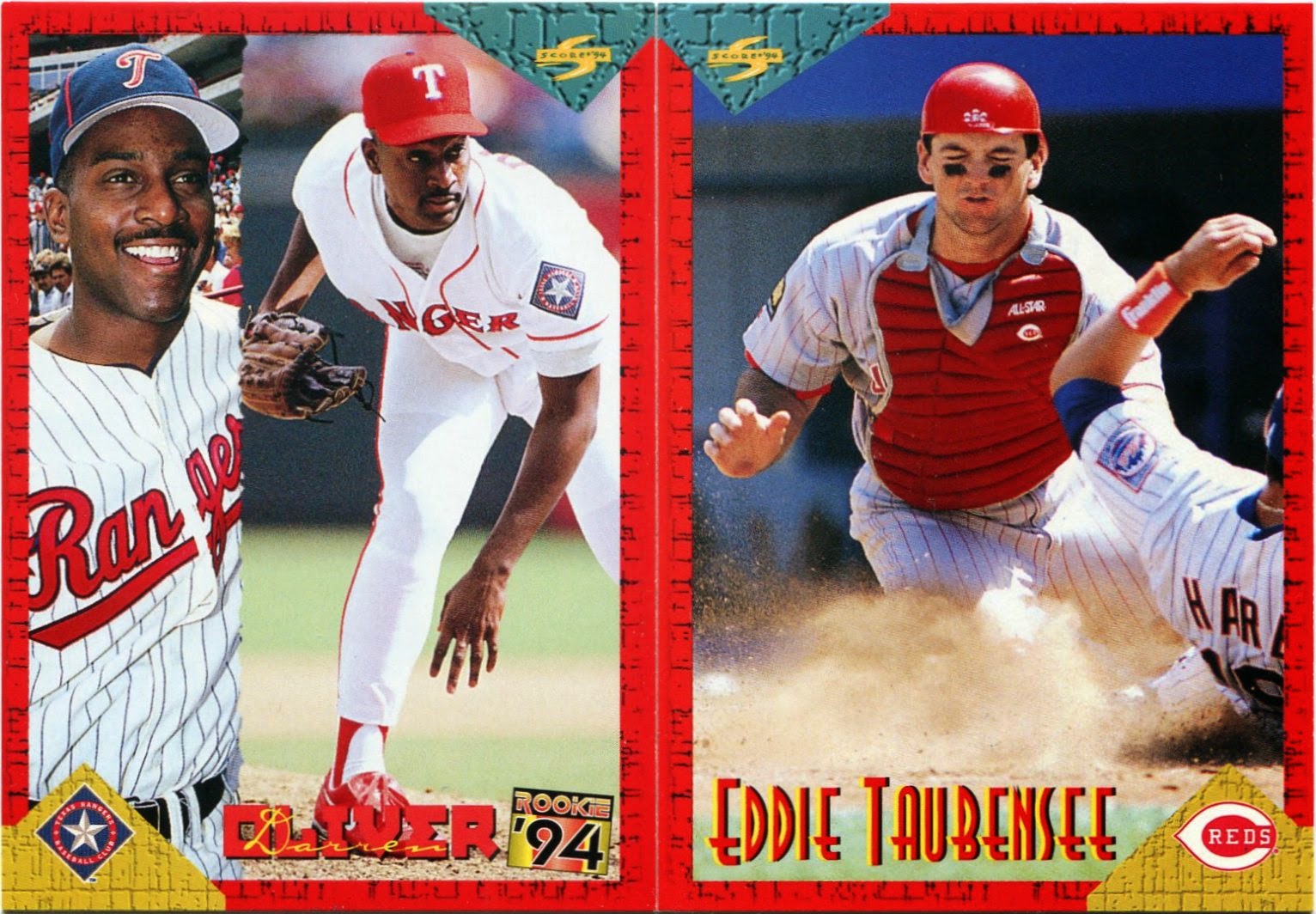 In the meantime, this set provides plenty of hits to my existing mini-collections.

I've mentioned this before, but I do still categorize faux-throwbacks like the one on Darren Oliver under my "throwback" theme. At least they tried.

Ethan knows I can't turn down a good "play at the plate". It's the same with "double dips".

I probably own a few hundred of these things, and I haven't tired of them in the slightest. While the simple double play shots are enough for me, fun cameos are icing on the cake. I spy appearances from "Junior" and Ellis Burks on these two.

They are, and always will be, "Nickworthy". 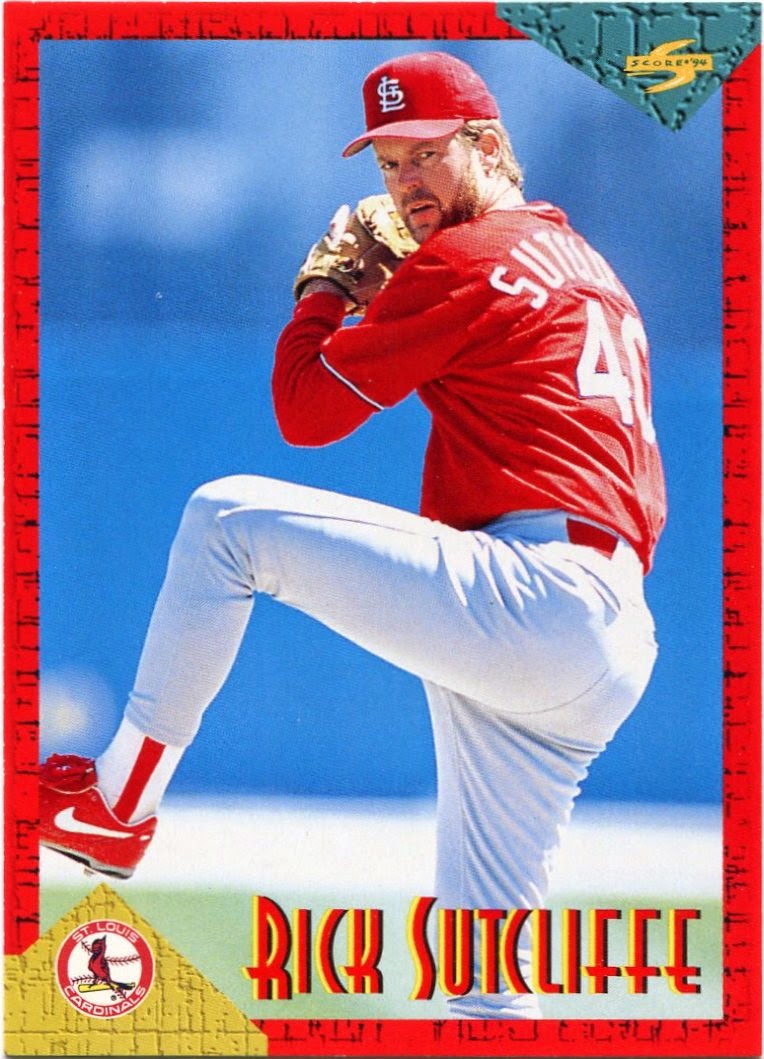 This, however, was the one card I hoped Ethan would throw into my mix.

He posted it during his initial recap of this set and I was instantly jealous.

There aren't many cards of Rick Sutcliffe as a Cardinal out there. I doubt a lot of fans even know he played for them in the first place.

Sutcliffe spent all of 16 games in St. Louis during his 1994 "sunset" season. I believe this is just the third card I own of him as a Cardinal.

Its "Nickworthy" levels are off the charts.

From what I hear, a lot of cards cause people to think "Hey, I bet Nick would like this one."

That, in essence, is what makes something "Nickworthy". It's the newest addition to the collecting lexicon.

Tell your friends.
Posted by Nick at 6:08 PM

Here's how Random I am: I was fascinated to see my blue post-it note on the internet. Not my writing, the little blue piece of paper with the sticky stuff on back. That was sitting on my dining room table (aka, the card-sorting ex-dining-room table) just a few weeks ago. And now it's on the Web for all to see. Mesmerized, am I. (And, no, I'm not trippin' on oddballz.)

First thing I thought of when I looked at the Tony Pena was Leslie Nielsen in Naked Gun. Made me chuckle.