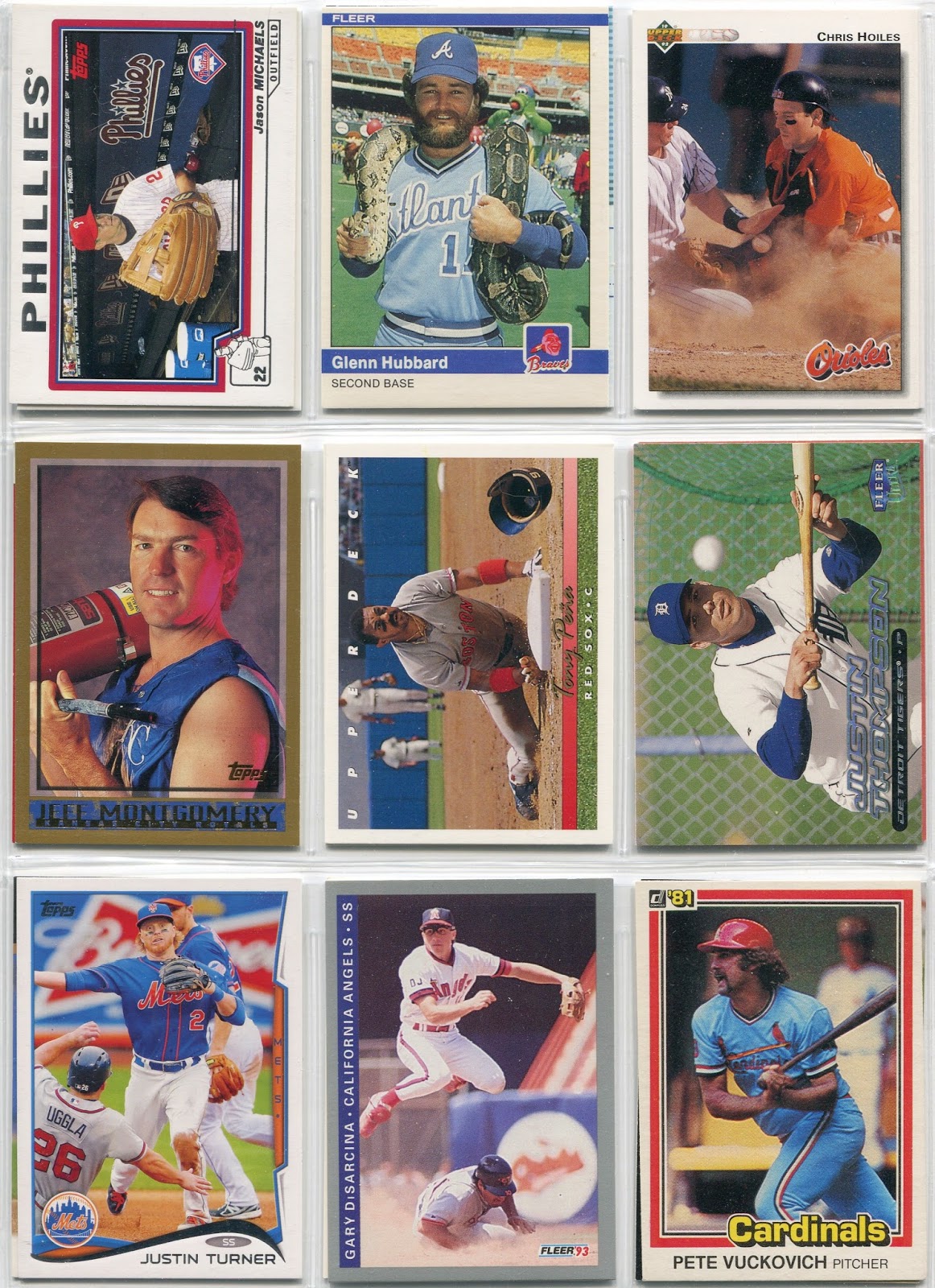 Welcome to another Frankenset Sunday!

I can't believe that a week of the baseball season is already in the books. Although my fantasy team has had a few injuries thus far, it's been a good first few games for my squad.

All in all, I'm just happy that baseball is finally back. I can't wait until I can soak in more games over the summer months.

Here's another page coming at you. 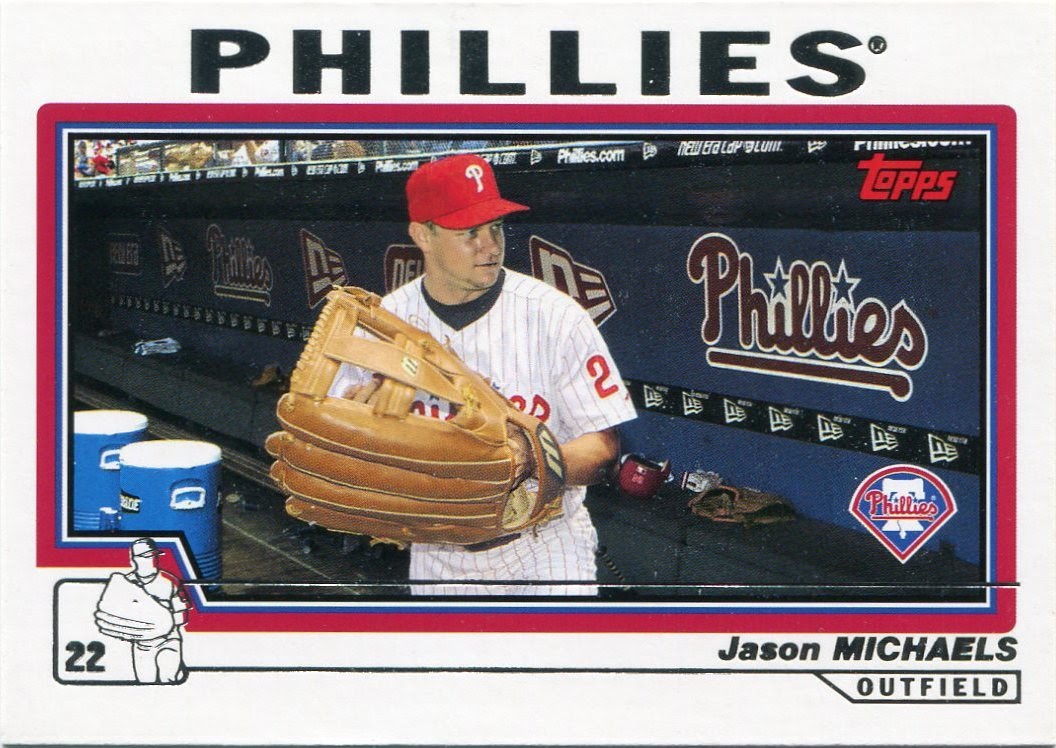 In some ways, this card is part of the inspiration for my frankenset.

I saw it week after week in a dime box at the local flea market, but passed on it each time. After all, I didn't collect Jason Michaels. And, as was my train of thought at the time, what's the point of buying a card of a guy who isn't in my binders?

That changed one week when I finally decided to drop a shiny FDR on Mr. Michaels. At some point, I decided the card was just too cool not to own. Huge mitts like those are always good for a laugh.

As time went on, I began to pick up more fun cards of guys I didn't collect. Eventually, the process snowballed into the creation of this entire non-binder guy frankenset.

It's one of the best decisions I've made as a collector.

And a lot of it can be traced back to Jason Michaels. 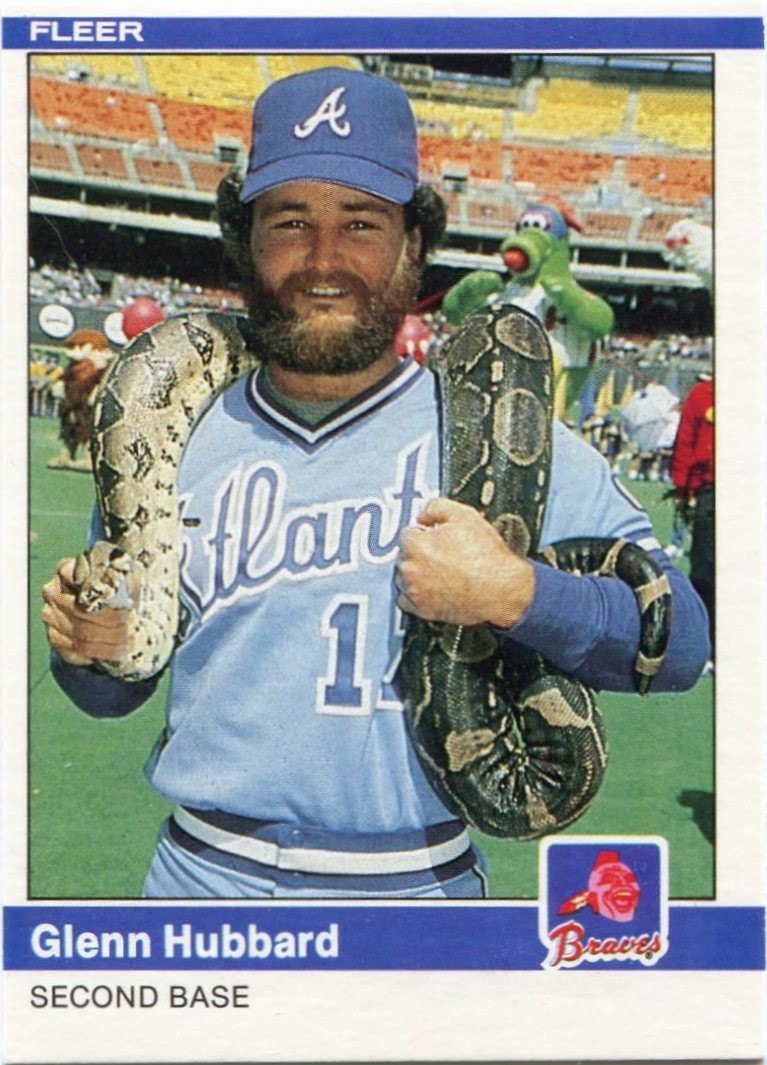 One of the fun things about building a frankenset is that there's always a possibility that a better card can come along and knock someone else out of a particular slot.

You just never know when that next upgrade is going to come.

However, in the case of Glenn Hubbard, I can say with about 99.99 percent certainty that he has a permanent hold on the #182 slot in my frankenset.

Most longtime collectors have probably seen this card at some point. It's one of the more iconic cards in Fleer's history, and definitely one of my five favorite cards in this frankenset.

I don't see anything coming along that could knock this one out.

Maybe there's a komodo dragon card floating around out there. 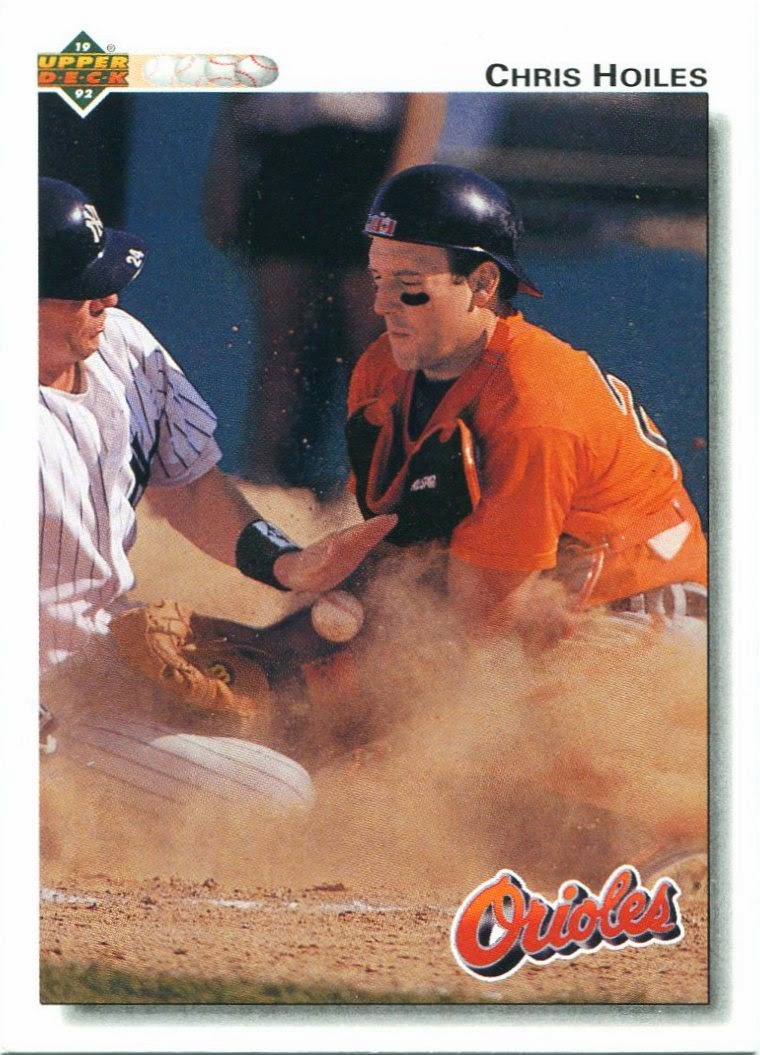 Of the last four frankenset pages I've posted, three have featured a Chris Hoiles "play at the plate".

That has to be some sort of record.

Hoiles is a PATP god. 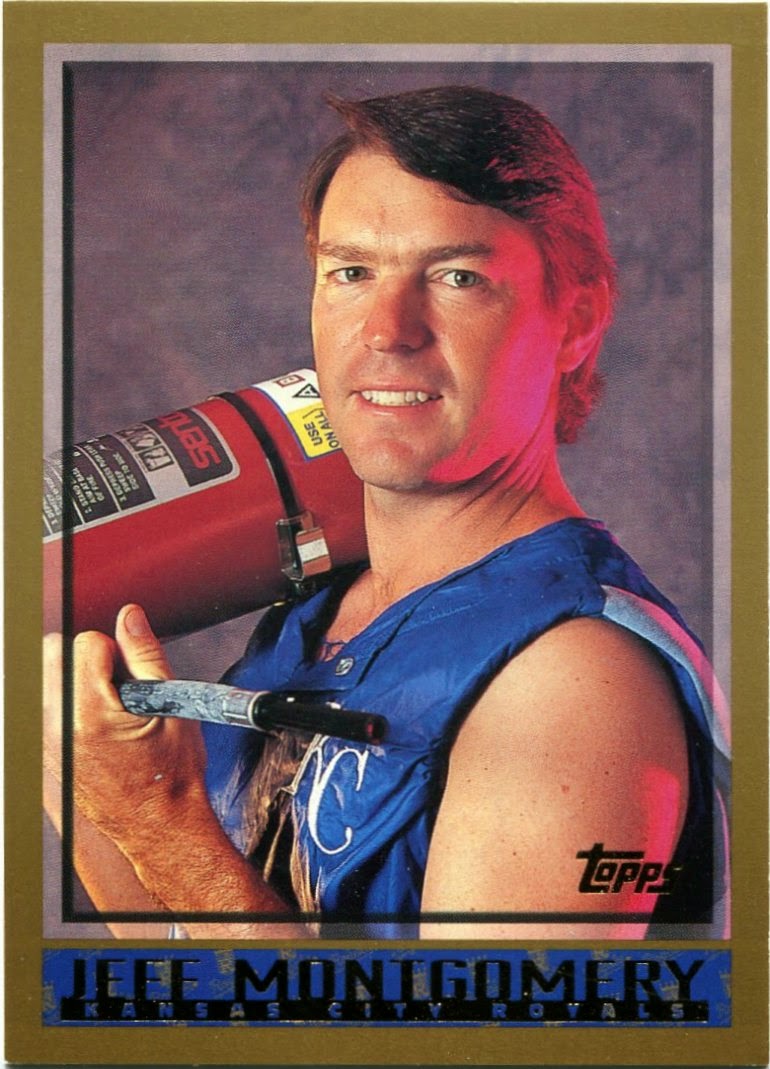 I actually received this one in a trade package I haven't yet posted on the blog.

You'll see it again around here soon enough, but Mr. Montgomery certainly didn't have too much competition in locking down this frankenset slot.

Topps obviously attempted to play on the whole "fireman" theme with this one. As much as I want to like 1998 Topps for quirky photos like these, I come up short each time.

I just can't get past that horrific design. 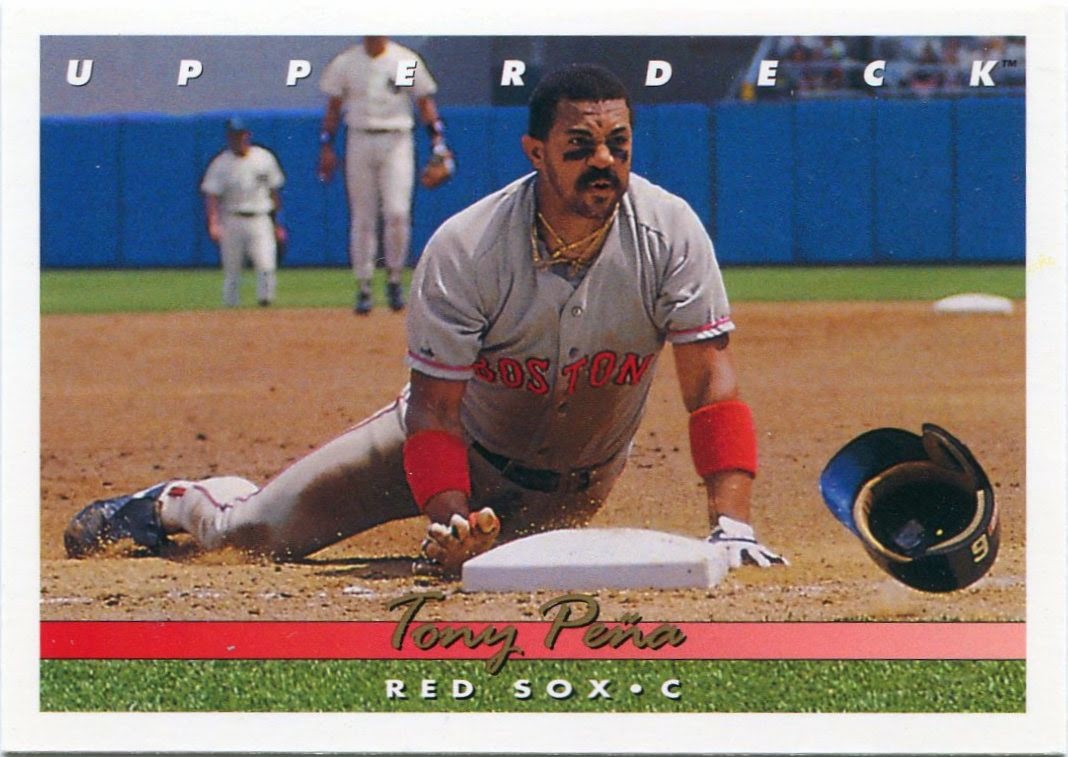 This, my friends, is the definition of a perfectly framed baseball card.

I guess it's fitting that it comes from such a legendary set like 1993 Upper Deck. 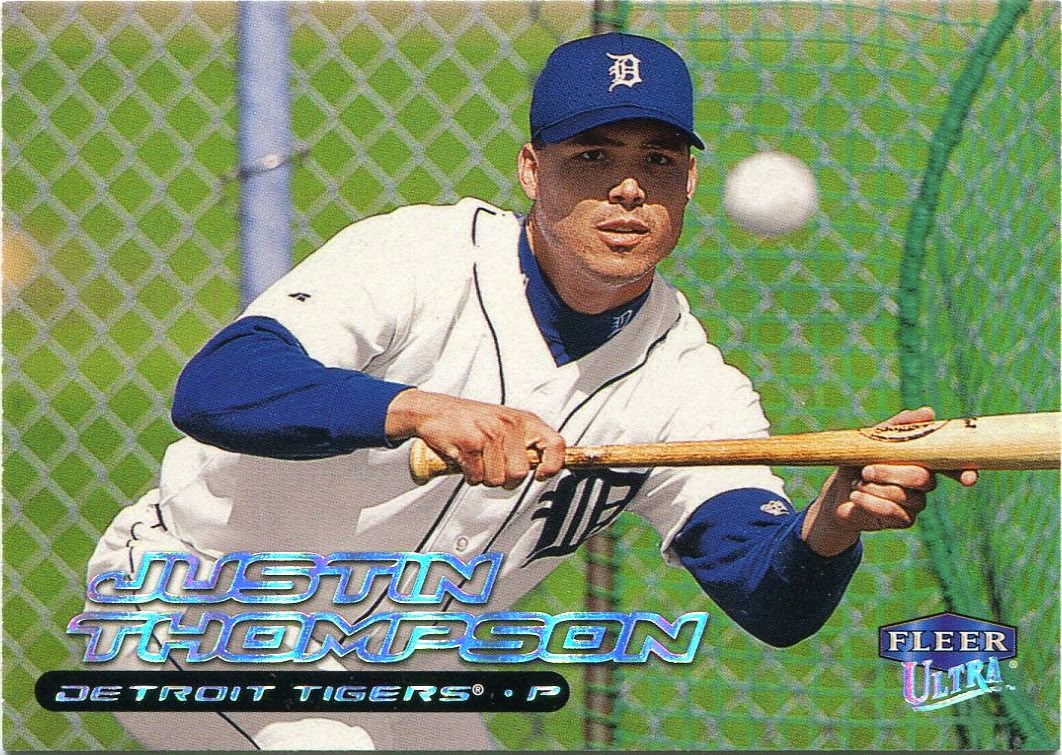 Plus, you have a nice bunting shot and a sweet horizontal frame. Oh, and Thompson is a rare American League "pitcher at the plate" nominee.

This card fires on all cylinders. 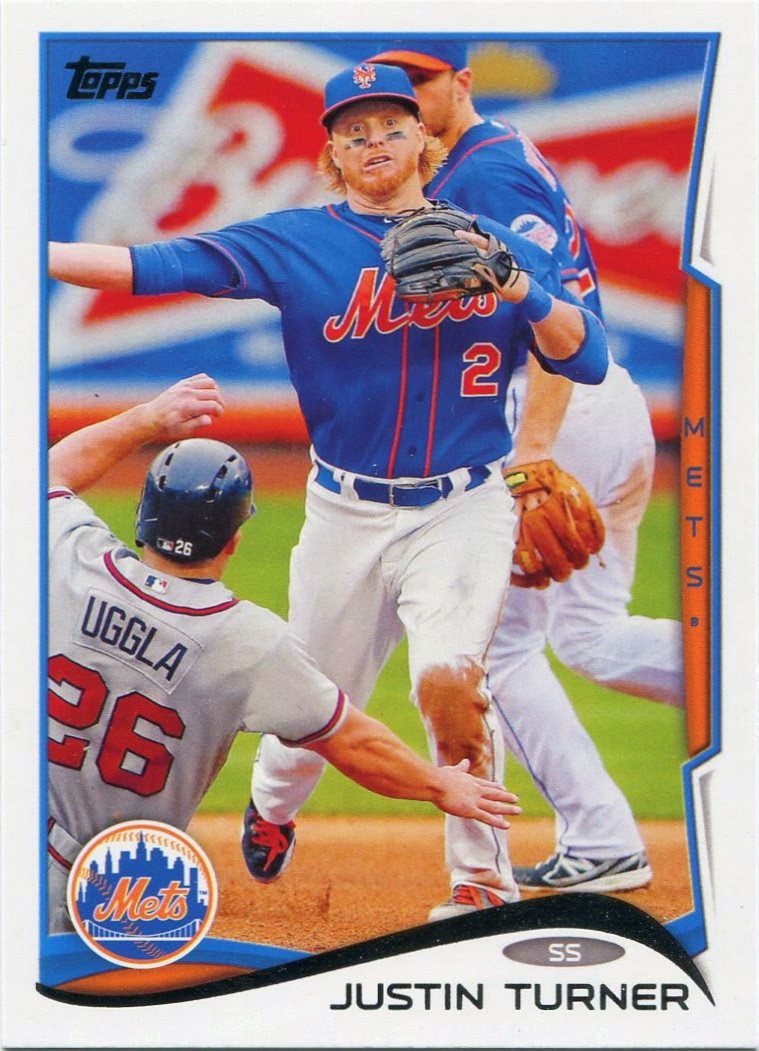 It's our first 2014 frankenset nominee!

I'm looking forward to seeing what other frankenset hits the year has in store. 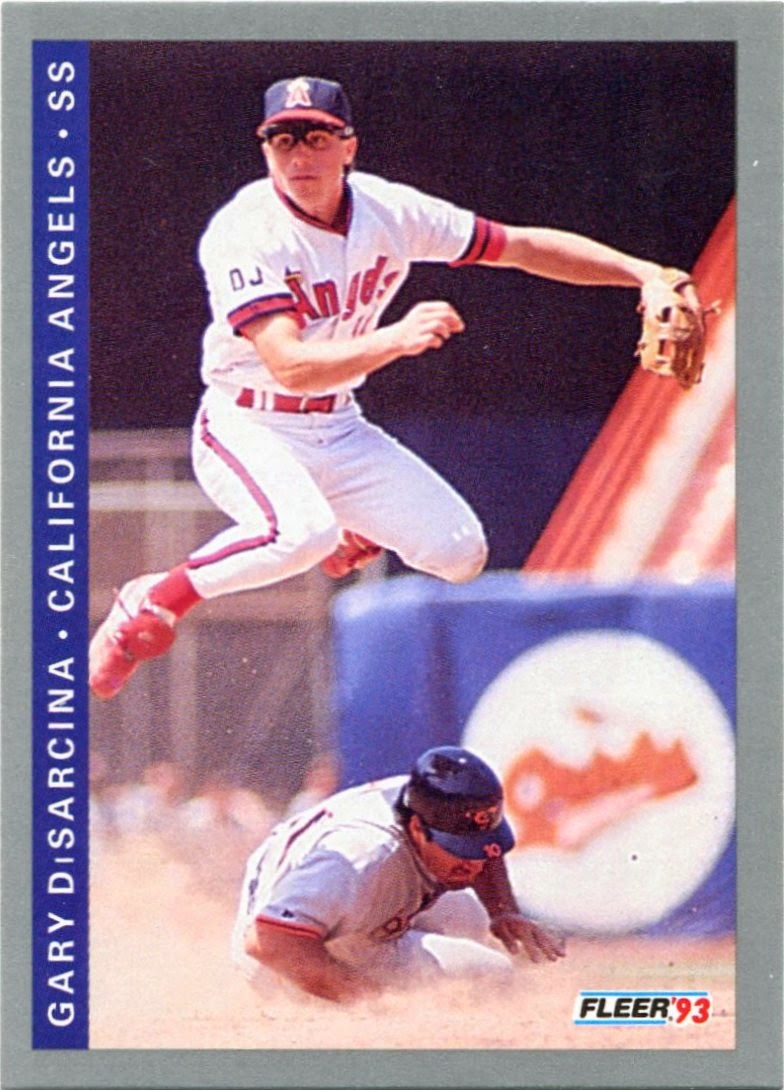 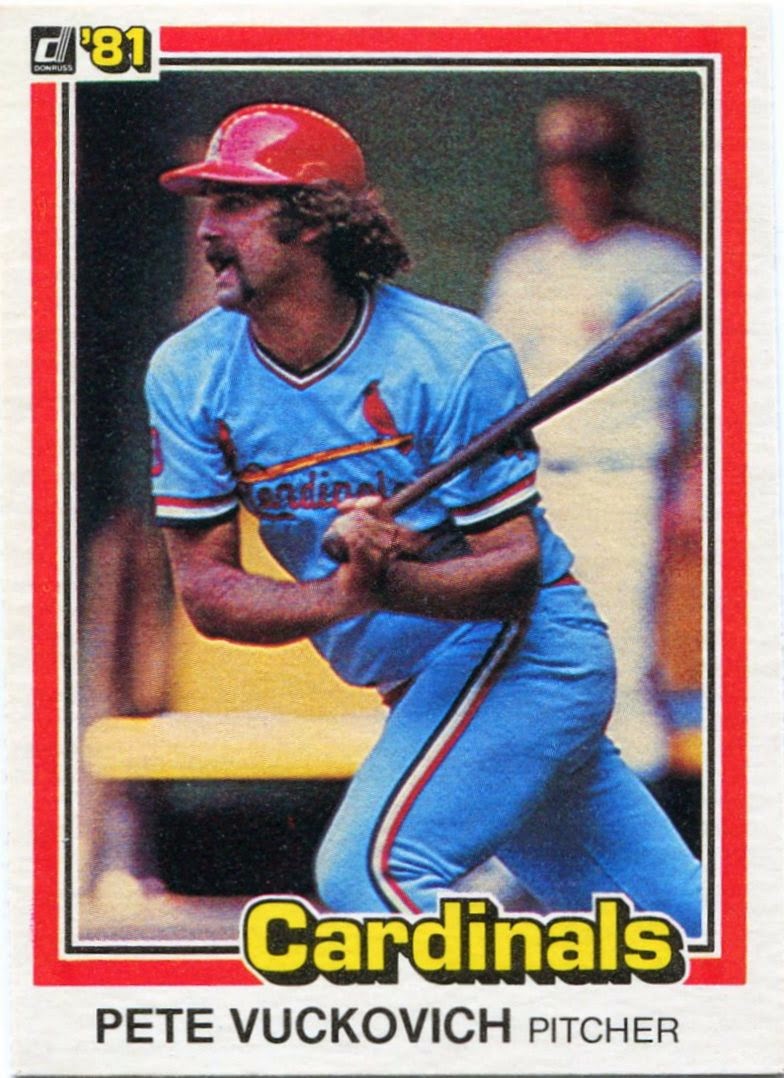 Part of the reason I love collecting "pitchers at the plate" is because of their unfamiliarity.

There's just something inherently strange about seeing guys who pitch for a living taking their hacks.

Still, if the image of Pete Vuckovich with a bat in his hands looks vaguely familiar to you, you're not alone. Something about it struck me when I first received this card.

It took a while until I found out that Vuckovich played menacing slugger Clu Haywood in the first Major League movie.

That's where you've seen him before.

If not, do yourself a favor and watch it RIGHT NOW.

It's a rite of passage for every baseball fan.
Posted by Nick at 1:43 PM

That Montgomery cracks me up. Looks like the cover of some middle-aged housewife romance novel, or something...