An interview at Topps 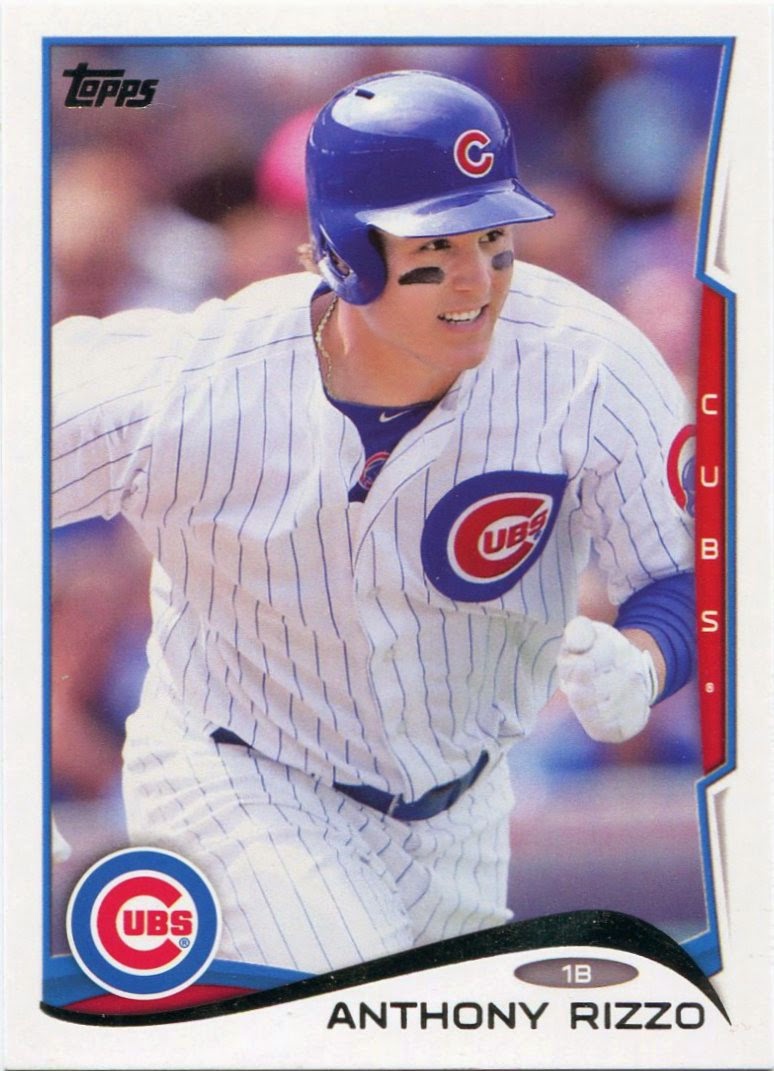 Sometimes, I wonder just how in touch Topps is with their customers.

I've never heard of them doing any kind of market research, and I highly doubt they've ever clicked on one of our blogs.

With the continuous release of expensive sets like Museum Collection, it's obvious that Topps caters more to the high-end customer these days.

Despite what some others may think, though, I think they at least want to please the more everyday collectors as well. Topps know how important their Flagship product is to many customers, and they do a good job with keeping it interesting from year to year.

However, many of today's trends suggest that they are still a bit out of touch with everyday collectors like myself. I think part of the problem is that Topps wants to please us, but doesn't quite know how.

This is why one of my many pipe dreams as a collector is to have a job at Topps. I fantasize about Topps calling me in for an interview and asking...

Nick, what would you do to make this a better hobby? 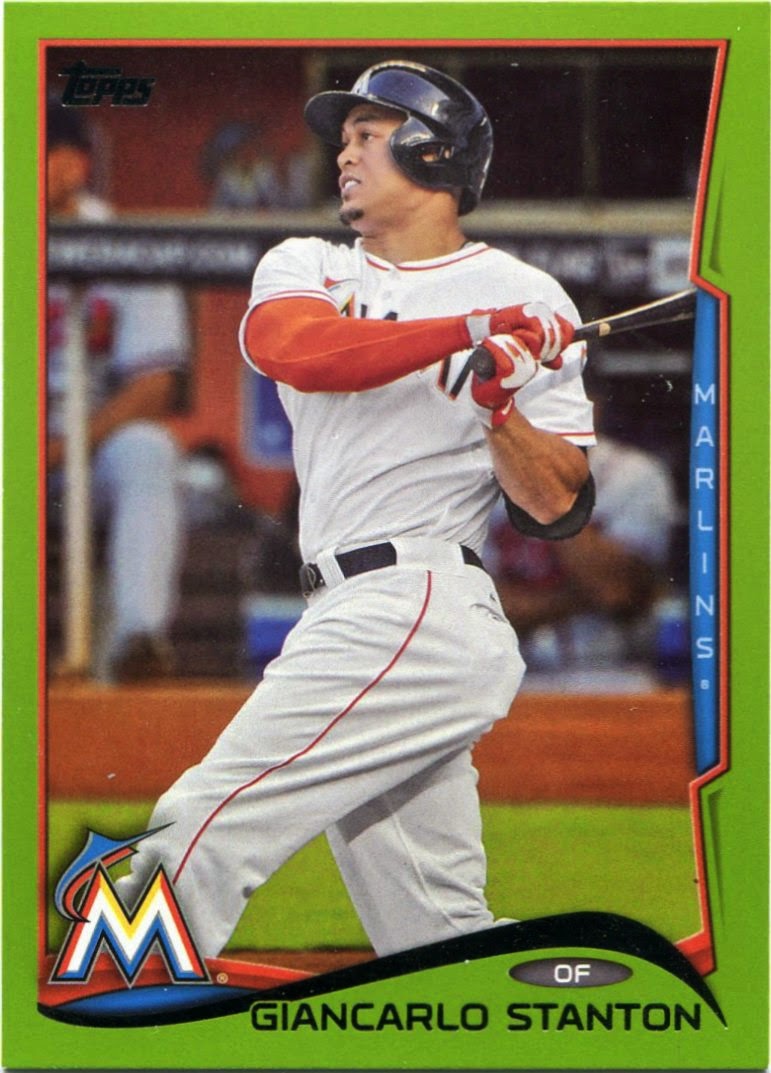 I wouldn't change the Flagship product much.

Aside from maybe changing up the photo choices here and there, I think you guys have a pretty good handle on it right now.

What I would do, however, is tweak a couple of the secondary features of Flagship.

I'm a self-labeled parallel nut. I go bananas for these things because of how great they look in a binder. Still, I'd be the first to admit that there's just too many of them around these days.

I'm fine with the Target Reds and Wal-Mart Blues. Those are fun. But I don't think pea soup or camo parallels are necessary.

I don't think I'm out of line saying that we could easily cut those out of the fold. 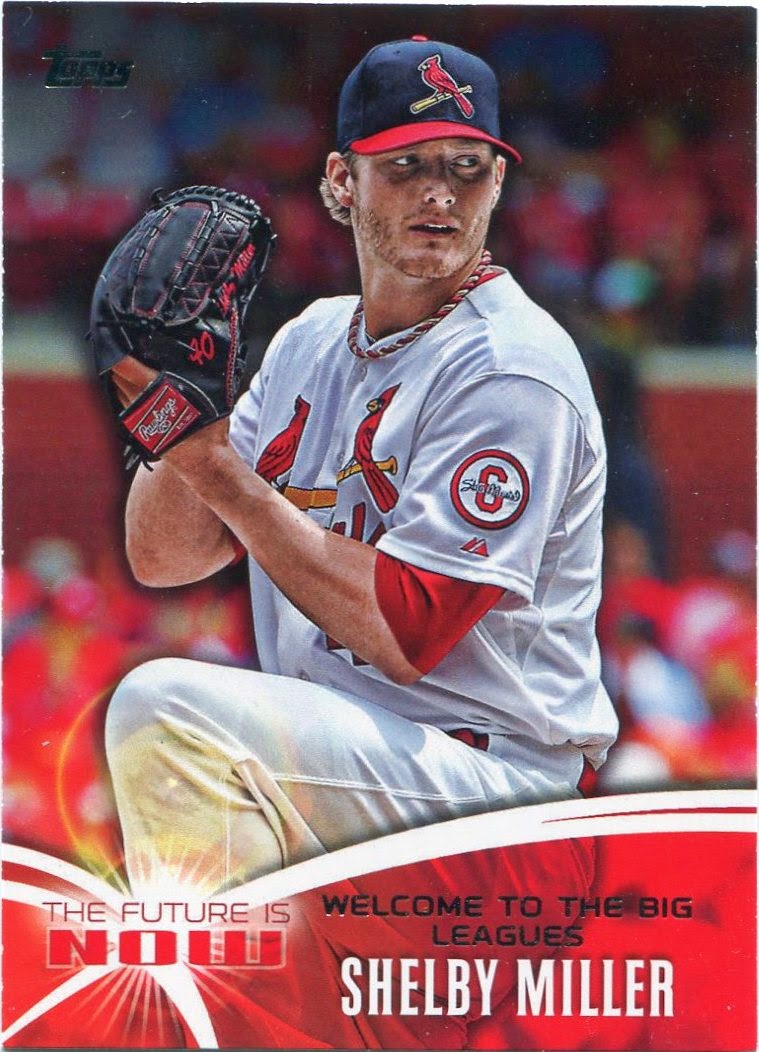 Way, way, way too many of those, sir.

I grew up during an era where inserts were gaining more and more steam for collectors. They're basically an expected part of the cardboard experience for me.

Though I'm a lower-end kind of guy, there is a certain thrill of discovering that neat insert in a new pack of cards. At least there used to be, anyways.

With the number of different insert series that have popped up lately, the pull of the insert is all but gone. Nearly a quarter of every single pack I open these days is comprised with inserts. That's not how it should be.

It's gotten to the point where finding that insert in a pack barely registers a blip on my radar. I'd assume that many other collectors are suffering from insert apathy these days as well.

We need to find a cure for that. 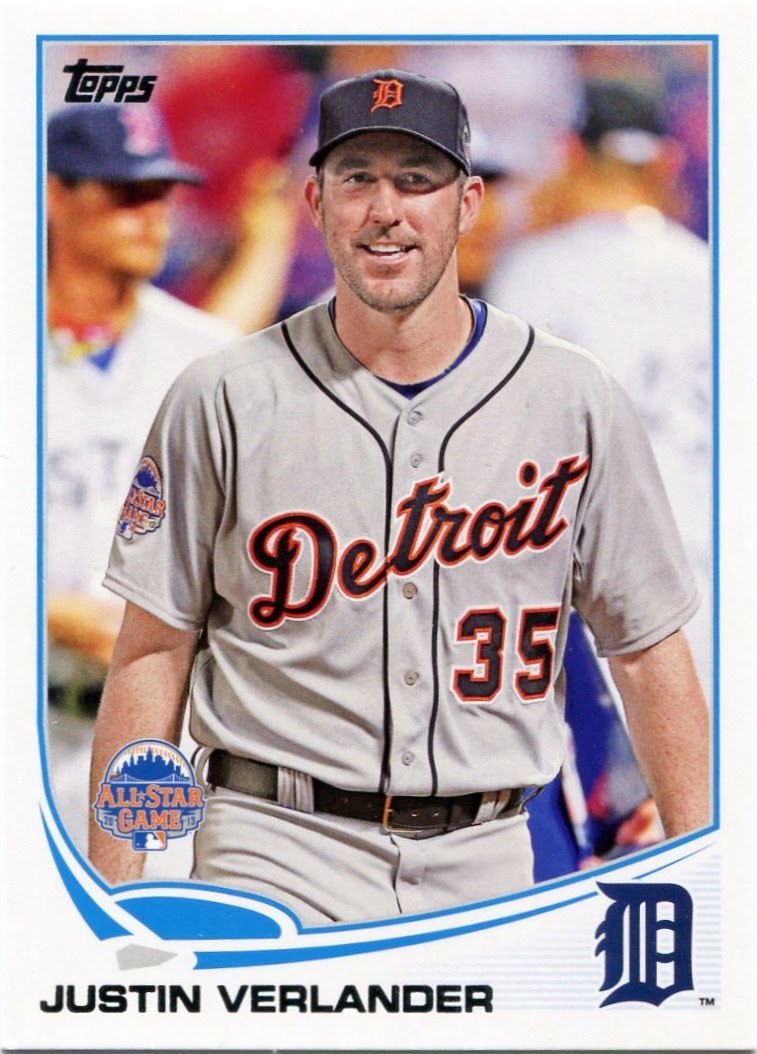 Topps Update is always one of my favorite releases of the year.

Seeing guys in their new uniforms is always cool. Reminiscing about the year's highlights is a pleasure as well.

Recapping the Midsummer Classic, however, could be a lot more fun. Much like the parallels and inserts, though, Topps continues to water down the All-Stars.

I think I counted something like 75 different All-Stars in last year's Update checklist. That's darn near a quarter of all the cards in the set. Guys who didn't even play in the contest, like Justin Verlander, still got an All-Star card.

That seems like a waste of cardboard, if you ask me. Worse yet, that card could've gone to a deserving middle reliever or bench player that hadn't yet received a card in 2013.

If guys actually play in the All-Star game, then I'd give them a card in Update. If not, then they shouldn't make the cut.

That seems fair to me. 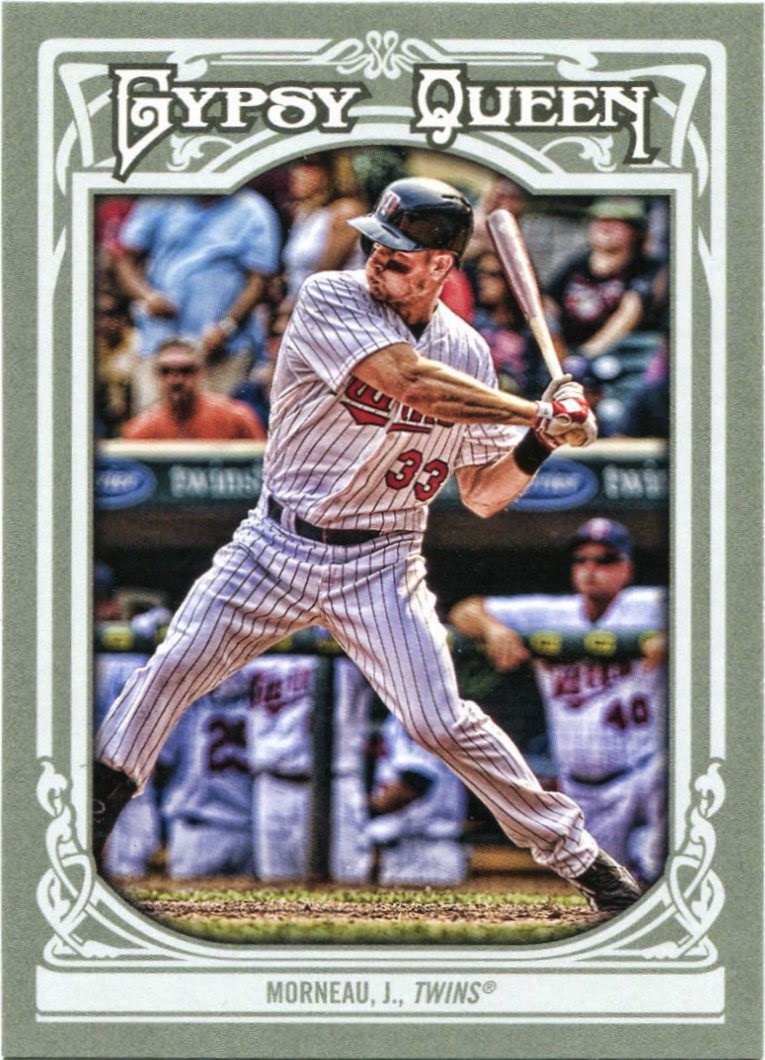 If my love for throwback jerseys is any indication, I'm a fan of retro.

That said, I think you guys have taken the concept too far recently. Between old-time sets like Gypsy Queen, A&G, Archives, and Heritage, many collectors are on retro overload.

It seems lazy and unoriginal to just keep copying old designs. I'd say keep one or two of the retro checklists and come up with a couple exciting new set ideas to replace the others. (I'd gut Gypsy Queen and Archives, but that's just me.)

I think you're underestimating the concept of originality. You're playing too much on past successes and becoming rather one-dimensional as a result.

We need to try something new for a change. If it fails, at least we can say we tried.

And I'm sure a lot of collectors would at least applaud us for the effort. 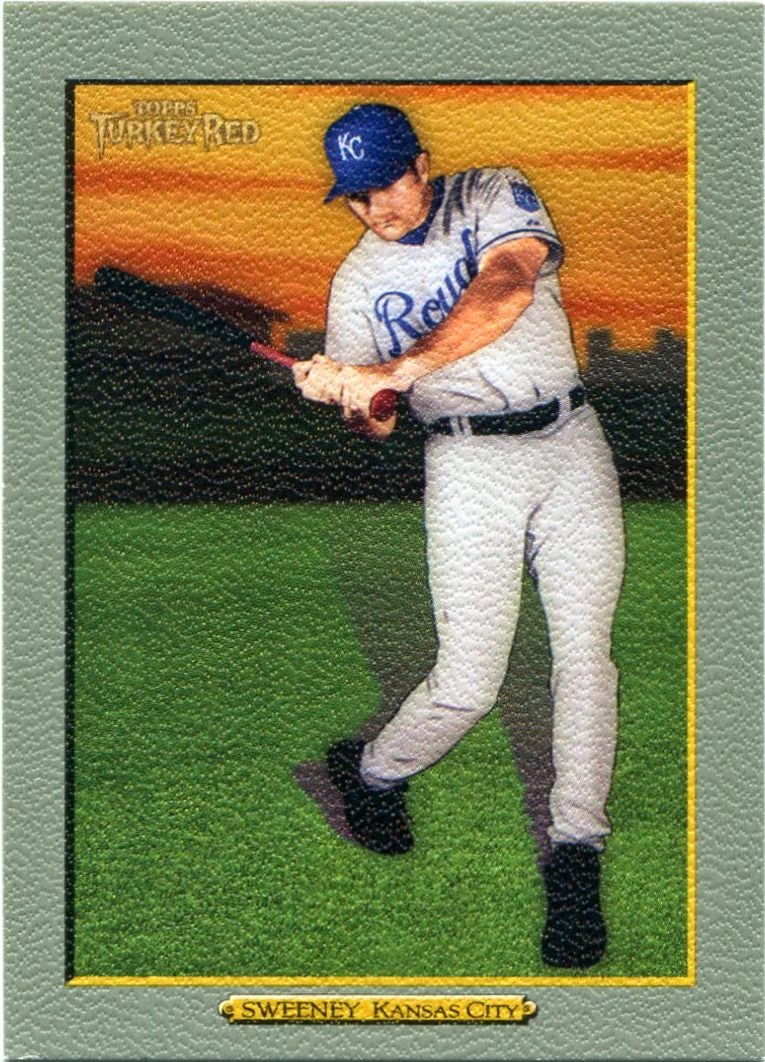 One retro set that is still bouncing around these days is Turkey Red.

I've always been a big fan of this release. I gobbled up pack after pack of these things in the mid-2000's. Beautiful cards like this Mike Sweeney make for some of the finest centerpieces in my collection.

Although Turkey Red has been back for a few years now, you'd have to go all the way back to 2007 for my most recent card from the brand. Why?

Because it's an online-only release these days.

The shift towards online-exclusive sets is one of the more troubling trends here in 2014. If releases like Turkey Red, Topps Mini, or Heritage High Numbers made their way onto retail shelves, I'd probably pick up a few packs.

But there's no way I'm dropping big bucks buying directly through you guys. The way I see it, it's doing nothing but hurting collectors like myself.

There are plenty of cards I want from today's Turkey Red, but my hopes of ever owning them are slim to none thanks to the online-only trend.

It's just one big scam. 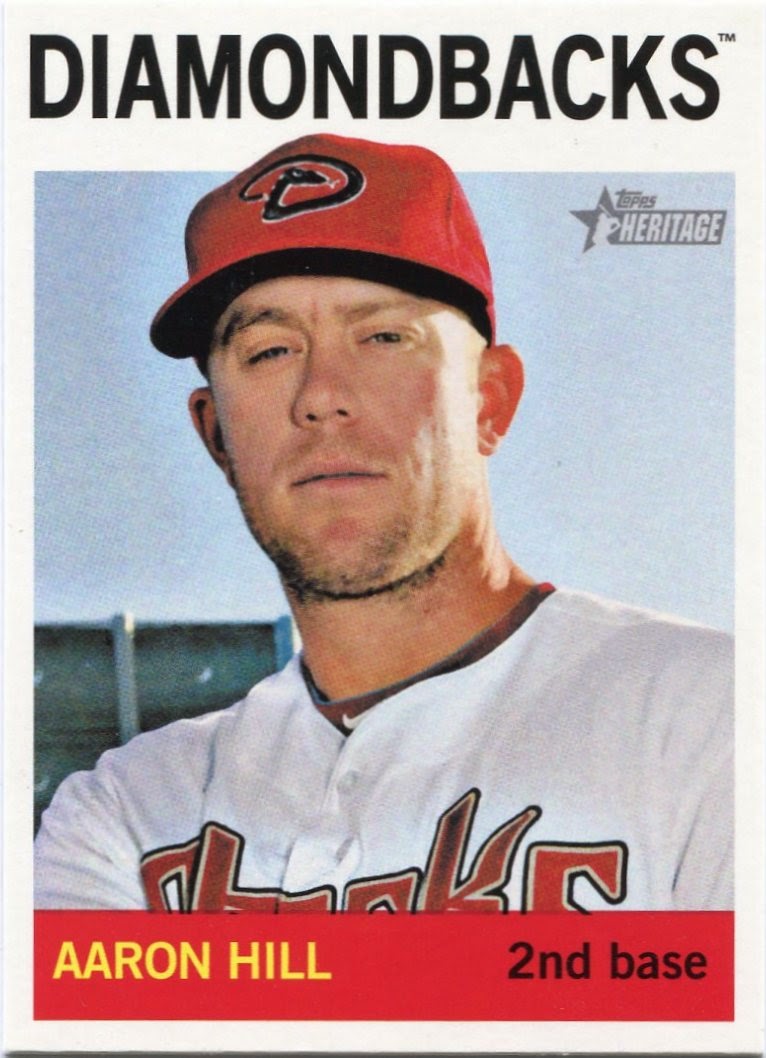 I've gone on record by saying that I like short-prints.

There's something gratifying about finding an SP that the vendor may have missed in a dime box, like I did with this Aaron Hill. It happens more than you might think.

Still, this is another area where you've imply gone too nuts. Every single set these days features short-prints in some way, shape, or form. It's maddening.

Yasiel Puig collectors had to cope with not one, not two, but three different SPs of his in last year's Update. On top of that, you continue to shove all of Heritage's biggest stars into the short-print portion of the checklist. And that's just the beginning.

This is why I'd be in favor of banning the short-print all together.

I'm not a set collector, but I can understand the hell it must unleash on trying to build something like Heritage or Gypsy Queen. I can't imagine player collectors of a guy like Puig have it too easy, either.

So, although I like finding new short-prints, I think it's time they left the yard. SPs have been nothing but a downward spiral these last few years, and I wouldn't mind seeing them go.

It might be a little radical, but I think it could very well work.

I think these changes could lay the groundwork for a better hobby. I'll always be a devoted collector, but I think there's a lot of room for improvement in the card industry today.

That's all I have for you today. I want to thank you for the opportunity.

Amen on all fronts, sir. Especially the SP bit.

I'd add to the list: Instead of a bunch of 200 or 300 card sets that repeat the same players, how about bringing back a BIG all-inclusive set like Total? I know the Topps bigwigs like to pretend set collectors or team collectors don't exist anymore, and collectors only buy product for autos and GU cards, but we all know that ain't true. It's time for Topps to get the memo, too.

I second that motion. Put him on the payroll Topps!

I'm almost positive that Topps takes a peek at a few of our blogs.

I'd easily say good-bye to anything Chrome, even they have (mostly) fixed the curvature issues.