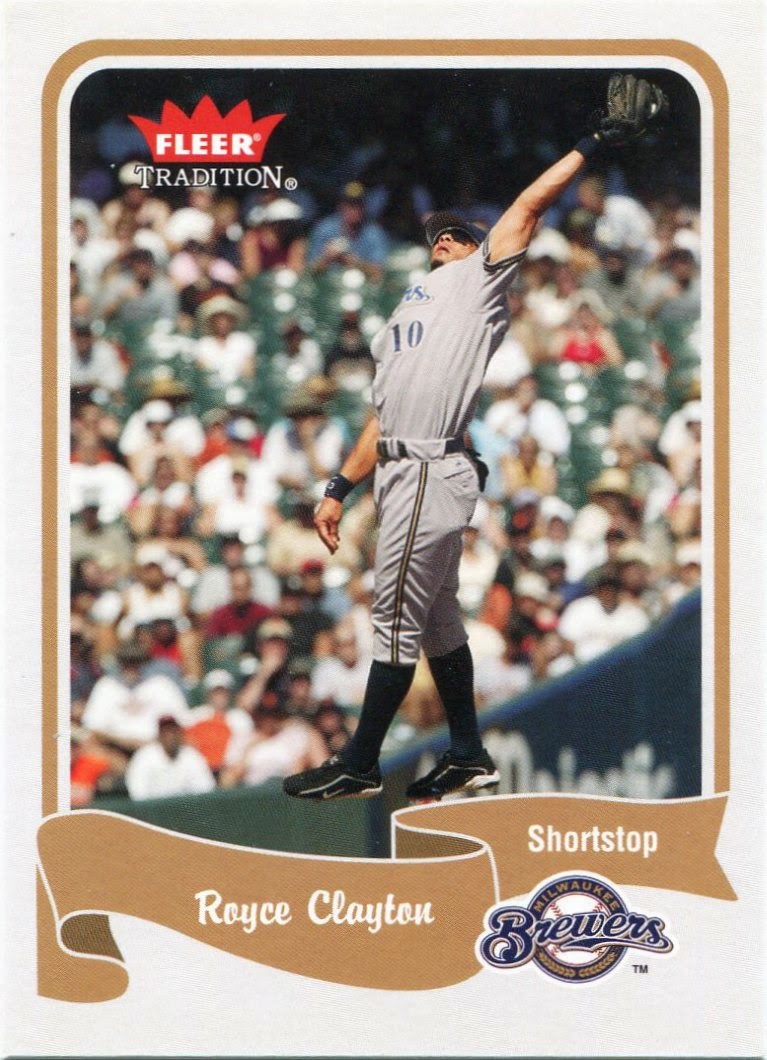 In continuing with Part 1 of the all-time Brewers "Short Term Stops" roster, we have one of the more well-traveled players in big league history.

Royce Clayton played for a grand total of eleven different teams during his 17-year career. The fifth of those eleven stops was his tenure with the 2003 Brewers, hitting just .228 in 146 games with the club.

While he's not quite in Kenny Lofton or Octavio Dotel territory, Royce Clayton is certainly a "Short Term Stops" legend. 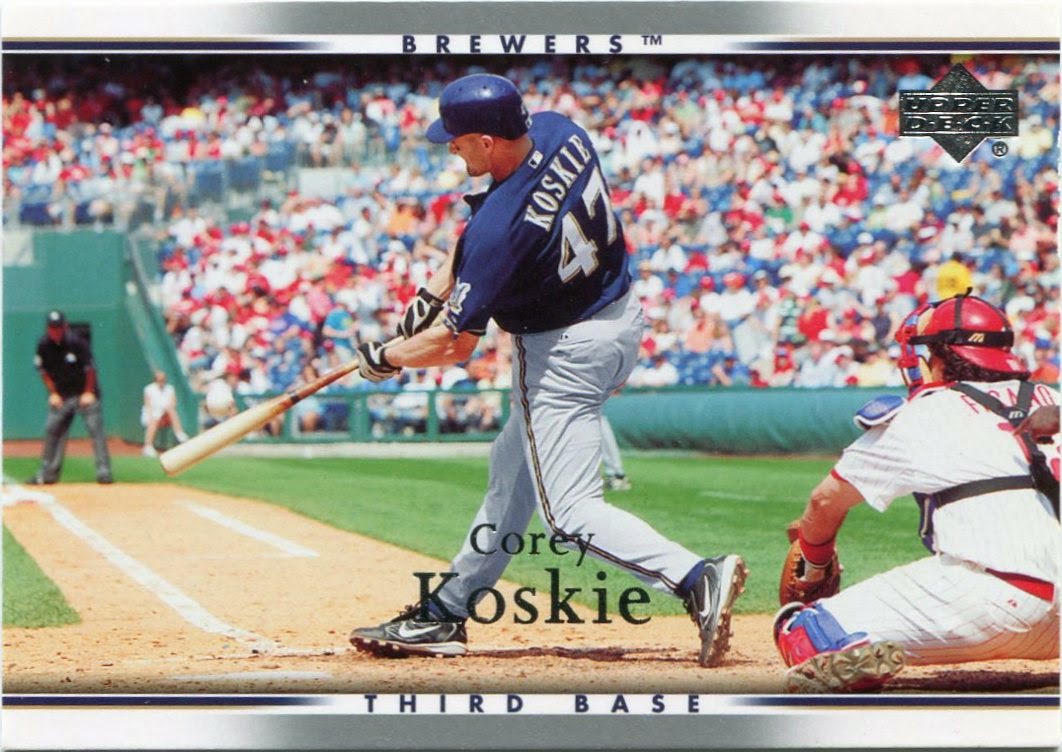 Here's a blast from the past.

I tend to gravitate towards Canadian ballplayers for some reason, which explains my Corey Koskie collection. The former third baseman enjoyed his best years with the Twins before calling it a career after his stint with the 2006 Brewers.

Though he posted a marginal .261 average in Milwaukee, his official "sunset" card from Upper Deck is anything but.

Upper Deck's 2007 design may have been forgettable, but they hit a home run with Koskie's finale here. 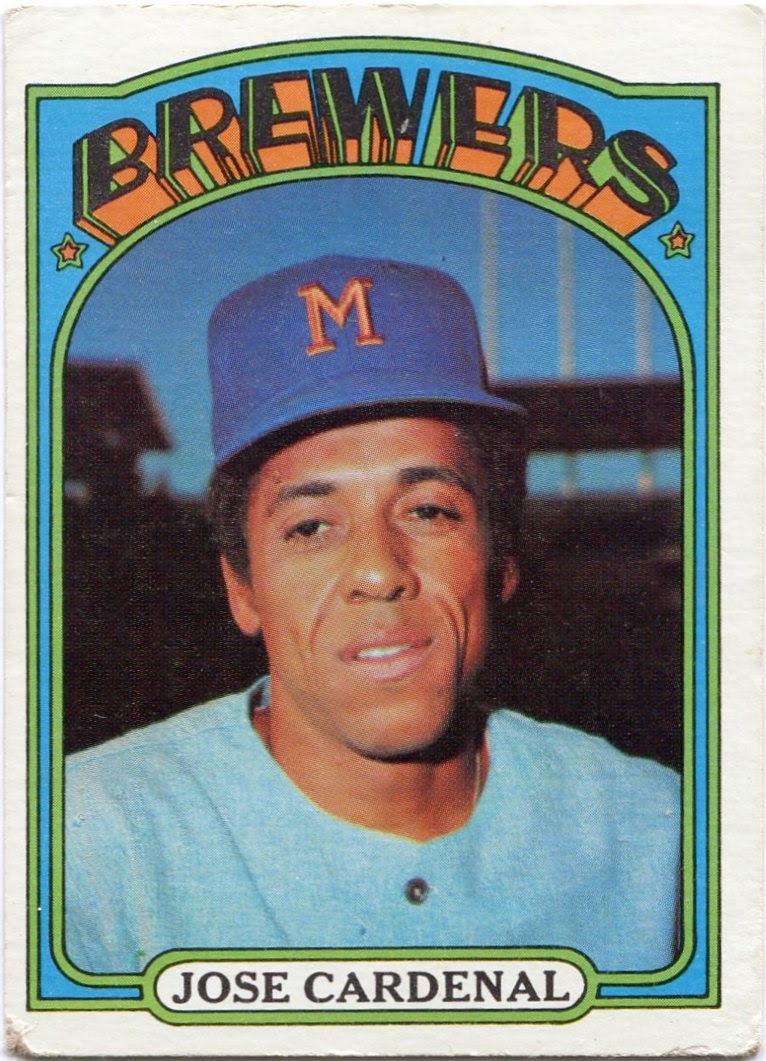 In terms of personal favorites, the Brewers may well have the greatest "Short Term Stops" outfield in history.

My appreciation for Jose Cardenal has been well-documented in the past on this blog, which made his inclusion on this roster a no-brainer.

The flaky outfielder was sent from the Cardinals to the Brewers in a deal midway through the 1971 season. Cardenal hit .258 in 53 games in Milwaukee and would be traded to the Cubs during the offseason.

Once he made it to Chicago, both his batting average and his 'fro began to bloom. 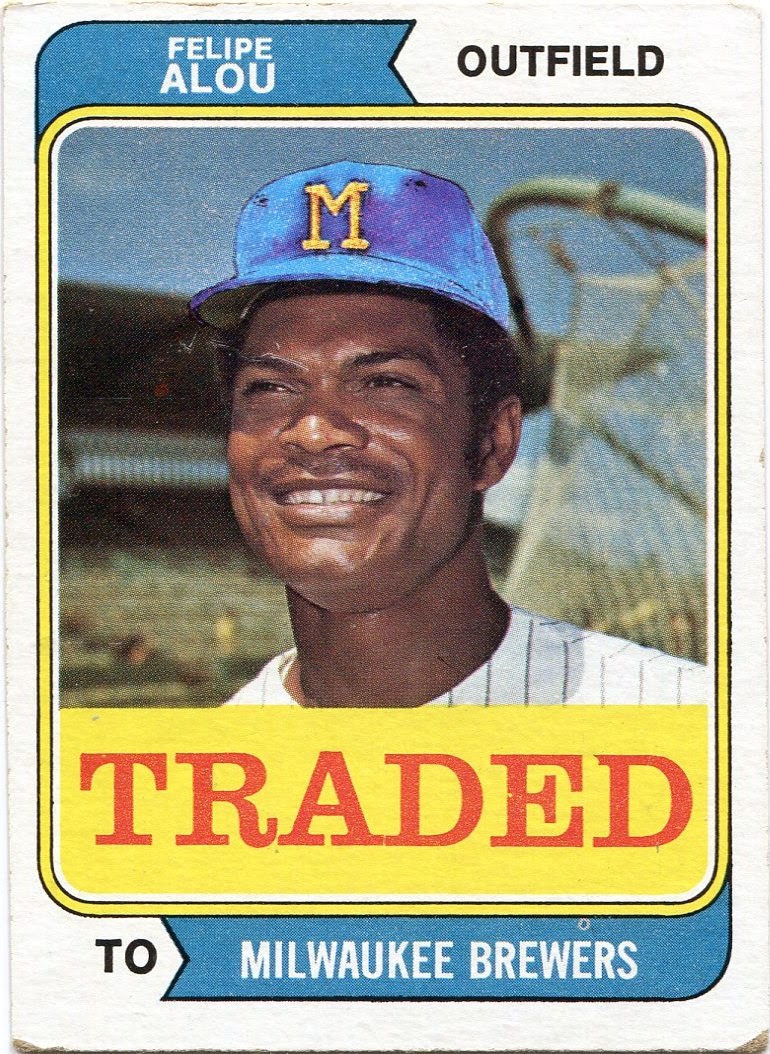 I go nuts for anything featuring the Alou brothers.

Felipe, the oldest of the bunch, was the first to call it quits in 1974. His "sunset" card features either a horrible airbrush job or a strange glow-in-the-dark Brewers cap that has somehow eluded me this whole time. (I'm inclined to go with the former.)

Not until recently did I realize just how brief Alou's stint with the Brewers actually was. His time in Milwaukee consisted of exactly three at-bats in three games. Alou never even reached base with the franchise.

Despite that, a card still exists of him as a Brewer. 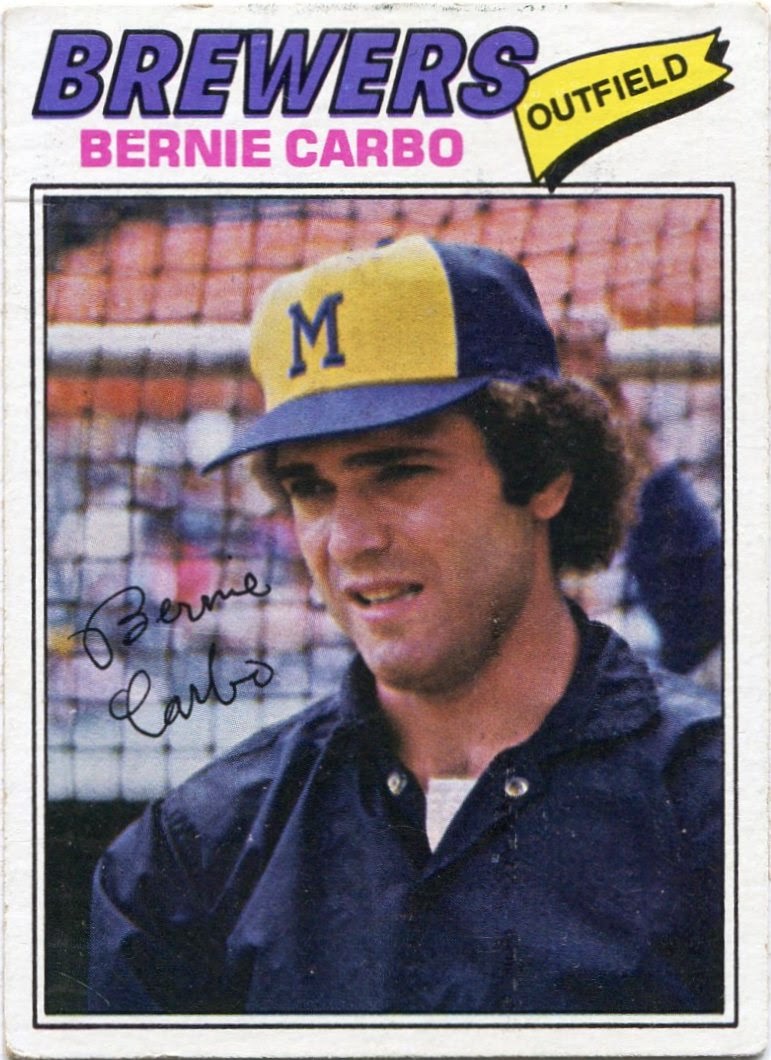 Though I've already talked about this card at length in the past, Mr. Carbo here was a white whale of mine for a while.

I didn't even know he was a Brewer until fairly recently. And it took me a little while after that to find out that Topps actually issued a card of him in Brewers gear. He spent part of the '76 season in Milwaukee, hitting .235 in 69 games with the team.

At that point, I had to have it. I'm a big fan of "Famous for 15 Minutes" types of guys, and Carbo fits into that mold. Without his dramatic three-run homer in the eighth inning of Game 6 of the '75 World Series, Carlton Fisk would've never hit his iconic extra-inning dinger that forced a Game 7.

Eventually, I was able to land Carbo's 1977 Topps issue out of an innocent little dime box. 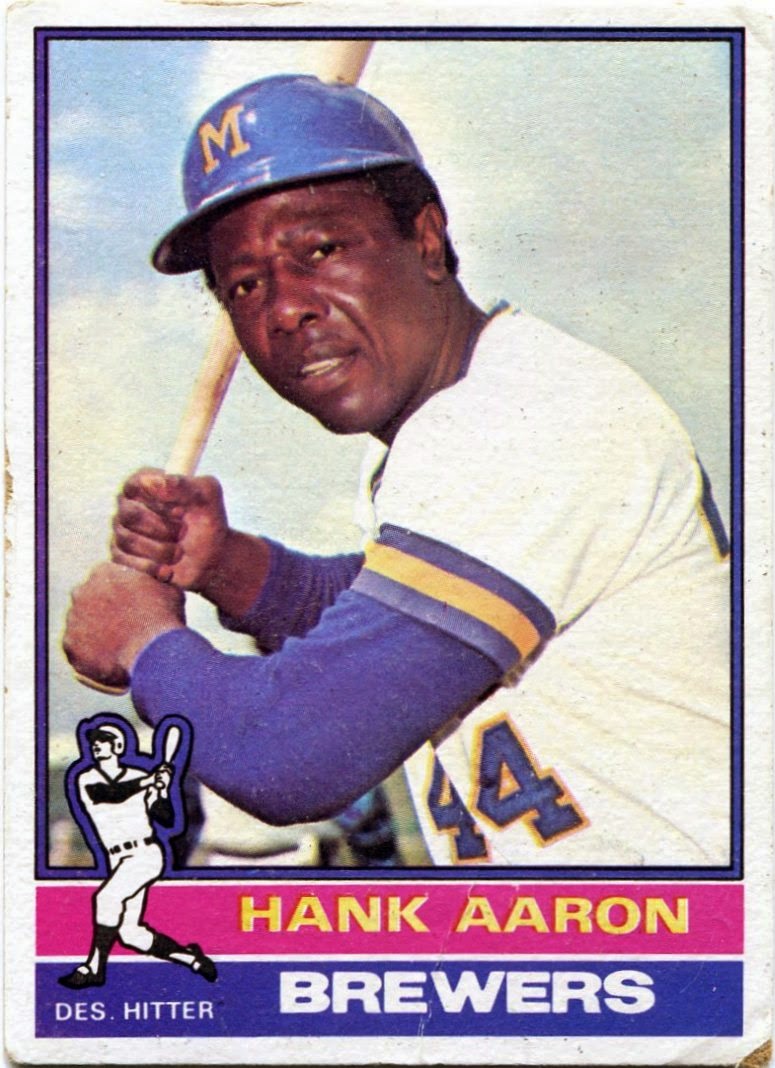 Although 222 games might be a longer stint than most "Short Term Stops" nominees, I doubt many others look as strange as Hank Aaron did in a Brewers uniform.

"Hammerin' Hank" famously spent 21 of his 23 big league seasons with the Braves, becoming the all-time home run king in the process.

His final two years, however, were spent in Milwaukee. Aaron hit the final 22 of his record-breaking 755 career dingers with the Brewers.

Plus, in one of my favorite pieces of baseball trivia, he joined a rather star-studded group of players who ended their careers in the same cities in which they started, but with a different team.

Aaron began his career with the Milwaukee Braves and retired as a Milwaukee Brewer. You may have heard of a couple other guys who did the same thing.

Willie Mays broke in as a New York Giant and called it quits as a New York Met. Babe Ruth first made it to the bigs with the Boston Red Sox and retired as a Boston Brave.

Baseball can be a funny game.

It still doesn't look quite right to see a DH on the Brewers "Short Term Stops" roster. I've only known them as a National League team.

I guess I'm still fairly young in comparison to a lot of other baseball fans out there.
Posted by Nick at 6:33 PM

Another great post, Nick. For me, this is a great bit of nostalgia that I'll get around to doing someday on my blog.

There you go, rubbing in the grey-beardedness of us oldtimers again. For me, the Brewers in the National League is still odd. (Good grief, you're right... I AM old!)

I have finally gotten used to the Brewers in the NL and I now think of them as an NL team. It only took 15 years. I guess around 2028 I'll think of the Astros as an AL club.