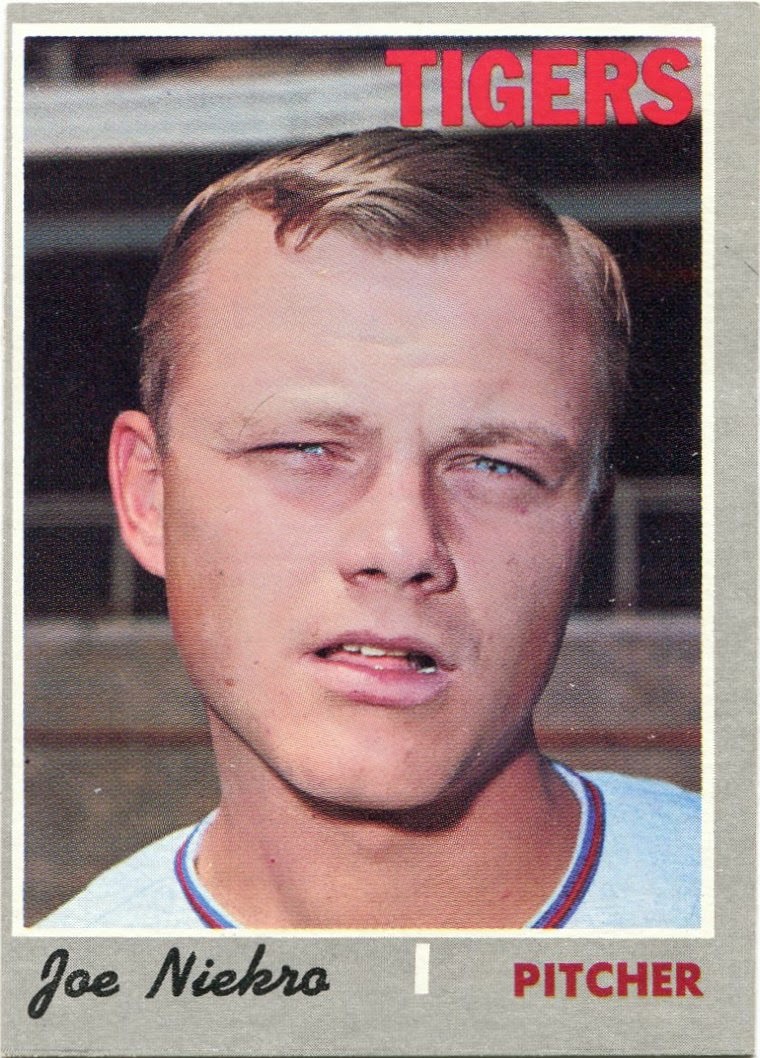 For my money, the 1970's remains the absolute best decade for baseball cards.

Admittedly, there were some dark days in my past where I didn't much care about vintage. Even then, though, I realized that the '70s were something special.

I think part of what made the decade so memorable was the sheer variety of the cards. Topps was the only game in town at the time, but they did their best to make each passing set as interesting and unique as possible.

There's no doubting that the 1970's have stood the test of time.

It's funny, then, that the decade came in with such a whimper. Most collectors, including myself, would probably place 1970 near the bottom of the Topps barrel. It'll always earn vintage points, but the majority of the set is painfully drab and doesn't bring much to the table.

The rest of the 1970's, however, was something else. I may not have lived through the decade, but I've definitely come to appreciate '70s cardboard as much as humanly possible during my time in this hobby. 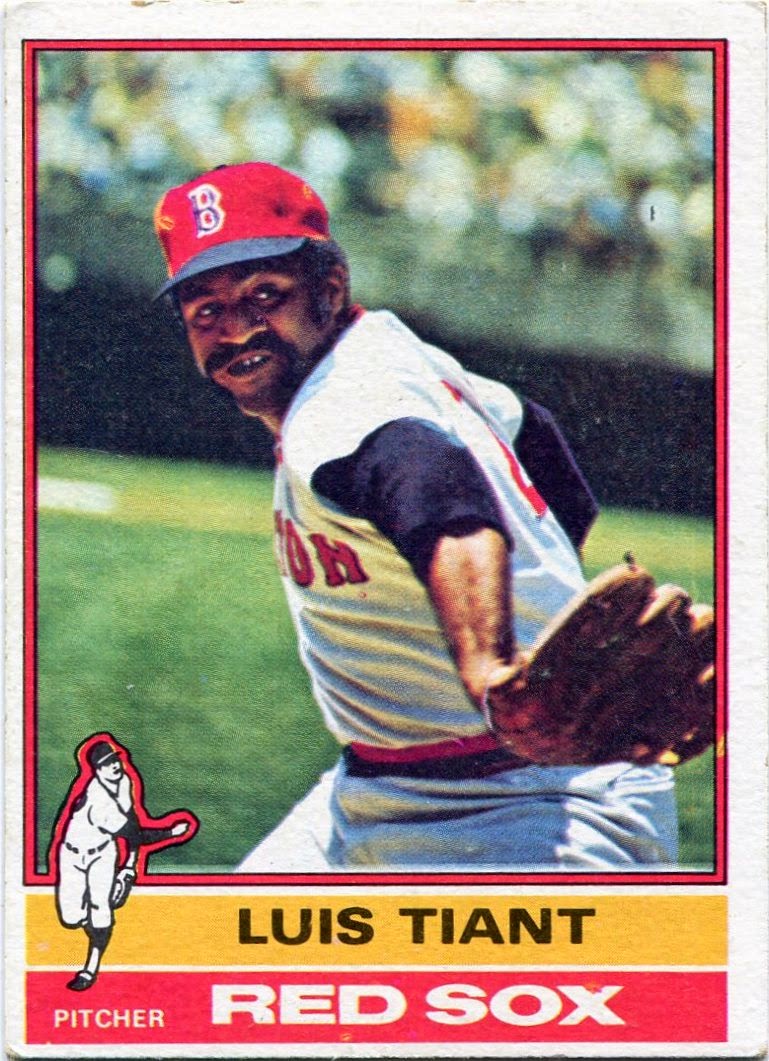 My top four was never in much doubt.

The number five slot, however, was up in the air. I was on the brink of putting '77 Topps on this list, but I went with the memorable set from the year prior in the end.

For the most part, '70s Topps was full of color. Their 1976 release was simply a continuation of that trend.

From what I've seen, the set features a nice mix of posed and action shots. This Tiant is a personal favorite from the checklist.

Perhaps the most lasting feature of '76 Topps, however, is the little shadow figure that accompanies each card. Topps had done something similar in the past (as you'll soon see), but I think the '76 Topps version has better stood the test of time.

In any other decade, a set like this could've taken the #1 slot. 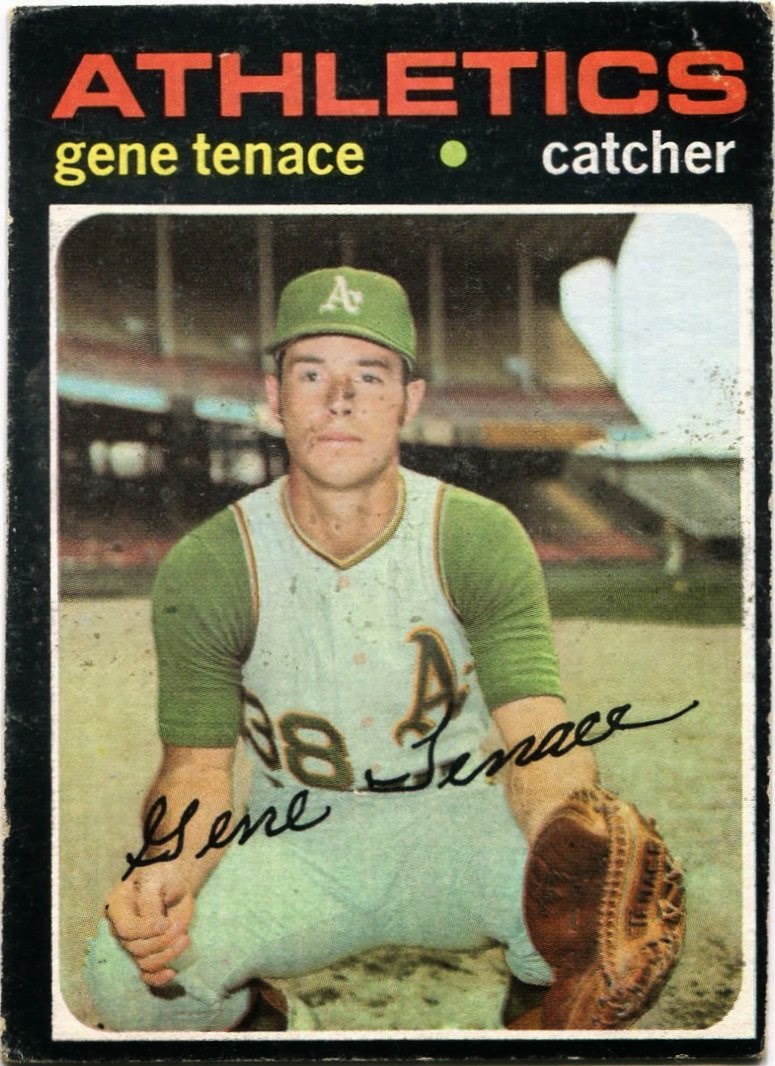 One enormous exception to that rule, however, has always been 1971 Topps. I've been fond of this set for what seems like forever.

The hobby had never seen such a dark design before '71 Topps came along. Though the set was among the first to feature a wide range of action shots, the black borders are definitely responsible for making this such a well-remembered release.

Although I'm not quite sure why, the usage of all lowercase letters for the player name and position is a little quirk I've always enjoyed. That's something I wouldn't mind seeing in one of today's sets. 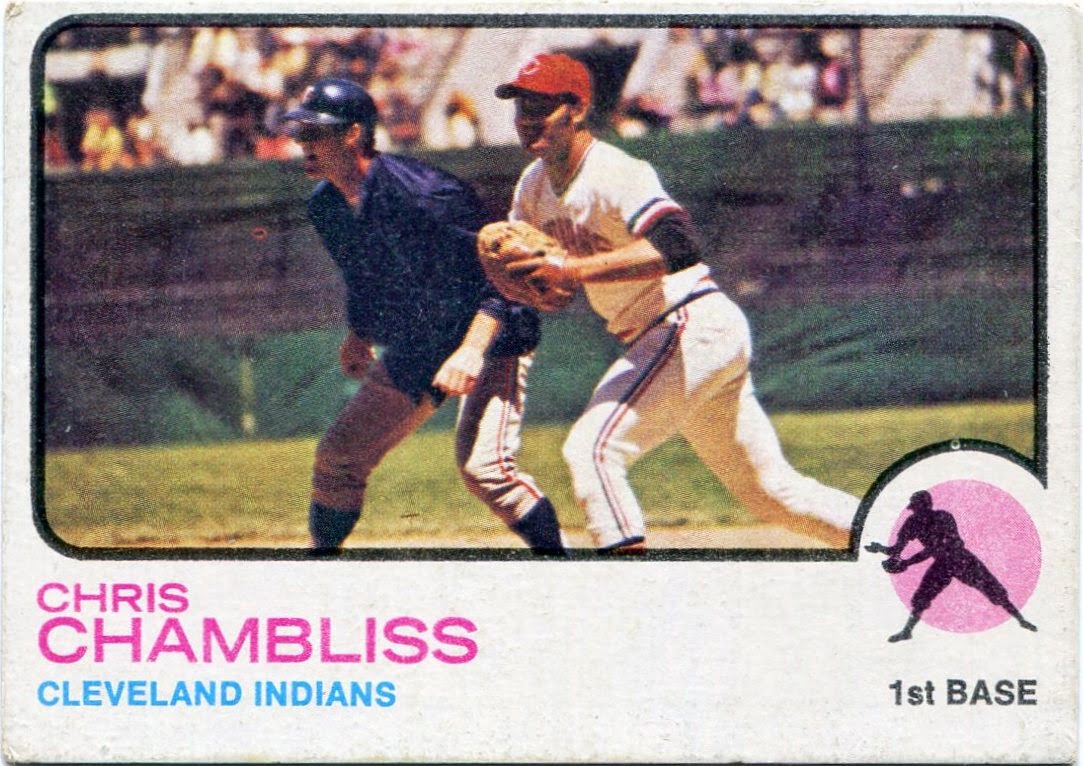 This is probably the only set on this list without an above-average design.

The player and team names aren't anything out of the ordinary. The shadow shots were certainly new, but, as I said, I think the ones Topps used in 1976 were slightly better.

No, what makes 1973 Topps so legendary, of course, is the photography. If you've dabbled into the vintage market at all, you probably know what I'm talking about.

I can't imagine how collectors reacted when this set hit the shelves. Between used car lot backdrops and painful plays at the plate, '73 Topps was unlike anything the hobby had ever seen at that point in time, and unlike anything it'd see for a long time afterwards.

In any other year, Topps might've gone with a standard posed shot of Chris Chambliss. In 1973, however, they used an action image of him holding on pitcher Jim Kaat at first base.

Oh, and did I mention that '73 Topps features perhaps the first shot of a pitcher at the plate? That pitcher, incidentally, was Jim Kaat. 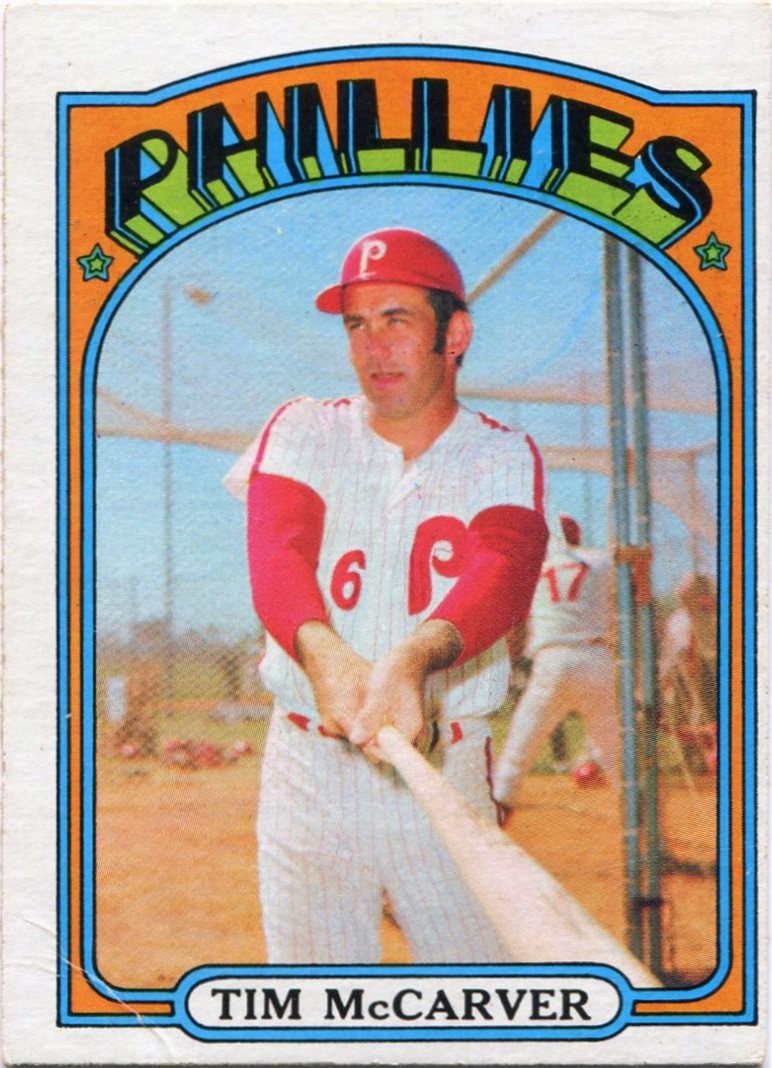 Much like '73 Topps is remembered for being ahead of its time with photography, '72 Topps went into uncharted territory with its LSD-inspired design.

This was one of the few times where the looks of a baseball card set seemed to be in tune with the rest of the nation.

Flower power may have been on its way out by the time '72 Topps came around, but it's hard to argue that American culture at the time didn't have at least a little impact on the year's design.

As I've found, I have a soft spot for sets that use a wide variety of color. One of the kings in that department is undoubtedly '72 Topps.

This is the set that ushered in such loud colors that dominated cardboard for the rest of the '70s and beyond.

For that, I'll always be thankful. 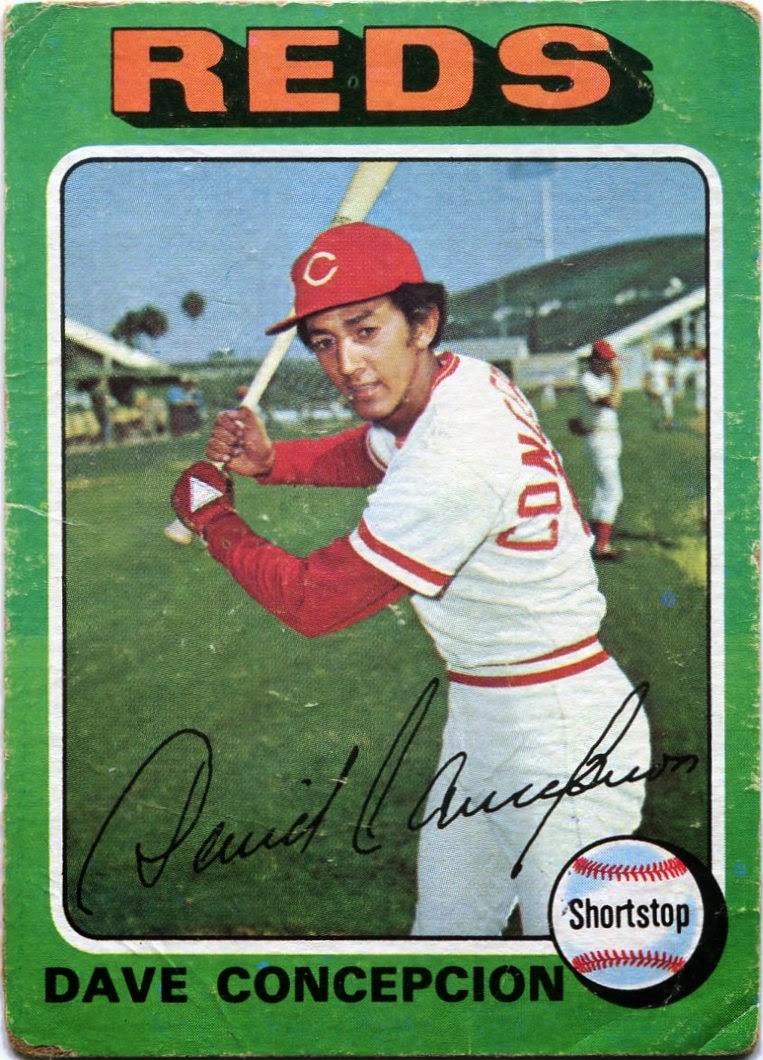 If you've read this blog carefully, this shouldn't be much of a surprise.

As a result, I've always been drawn to '75 Topps. Many of the first vintage cards I ever acquired came from the set.

I'm not sure what I can say about it that hasn't already been said. Great colors, great design, great photography. Great everything.

If you were to poll the attendees of any given card show, I'd bet the majority would tell you that 1975 Topps is the most iconic set ever released.

I tend to agree with them.

I don't think we'll ever see another set quite like '75 Topps.

No doubt. I can't really find much to disagree with on your rankings, and yet I also love '74 and '78, too. That was one groovy decade for cards, for sure.