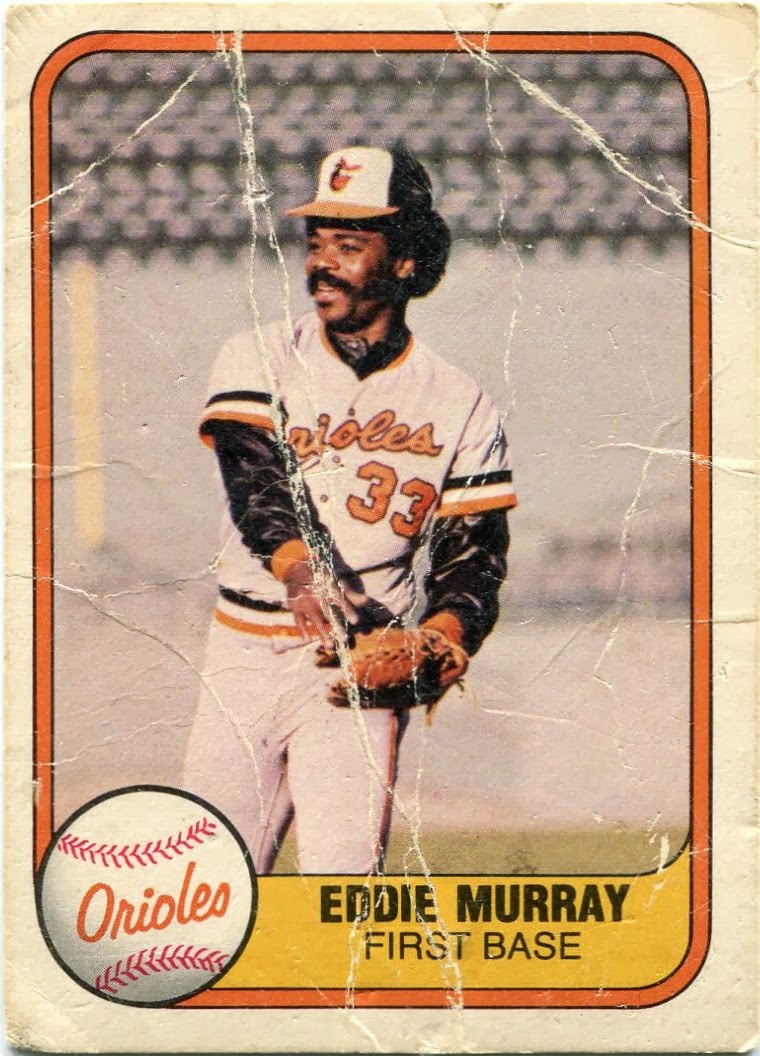 I had one heck of a birthday weekend.

On Friday night, I spent some time in downtown Chicago with a few friends. I saw Peter Buck of R.E.M. (arguably my favorite guitarist in music history) and his band with my dad and stepmom live on Saturday night.

And, to top it all off, I went to a card show yesterday.

After becoming extremely jealous of Jeff's finds from this very show a few weeks ago, I decided to take some of my birthday money and treat myself to a little cardboard fun.

I'd done that exact same thing a couple years ago, in what turned out to be the first card show post in this blog's history. But, for one reason or another, I hadn't made it back since. Yesterday, though, I made the hour-long drive down to the long-lost show.

At around 70 tables encompassing about the size of a school gym, it's a pretty big gathering. If you read Jeff's post on his spoils, you'll know that we met up for a while yesterday to talk and dig through some cardboard.

We met up once before at the National, and I hope to do so again. Jeff's a great guy, and, since my dad wasn't able to make it to this show, it was nice to have someone to talk with.

Again, if you read Jeff's post, what I'm about to say won't be a surprise to you. But here goes.

There were penny cards.

Take a moment to imagine what a penny card might look like in your head. Probably mounds of 1988 Donruss or cards that have been creased about 123 times, like the above Eddie Murray. 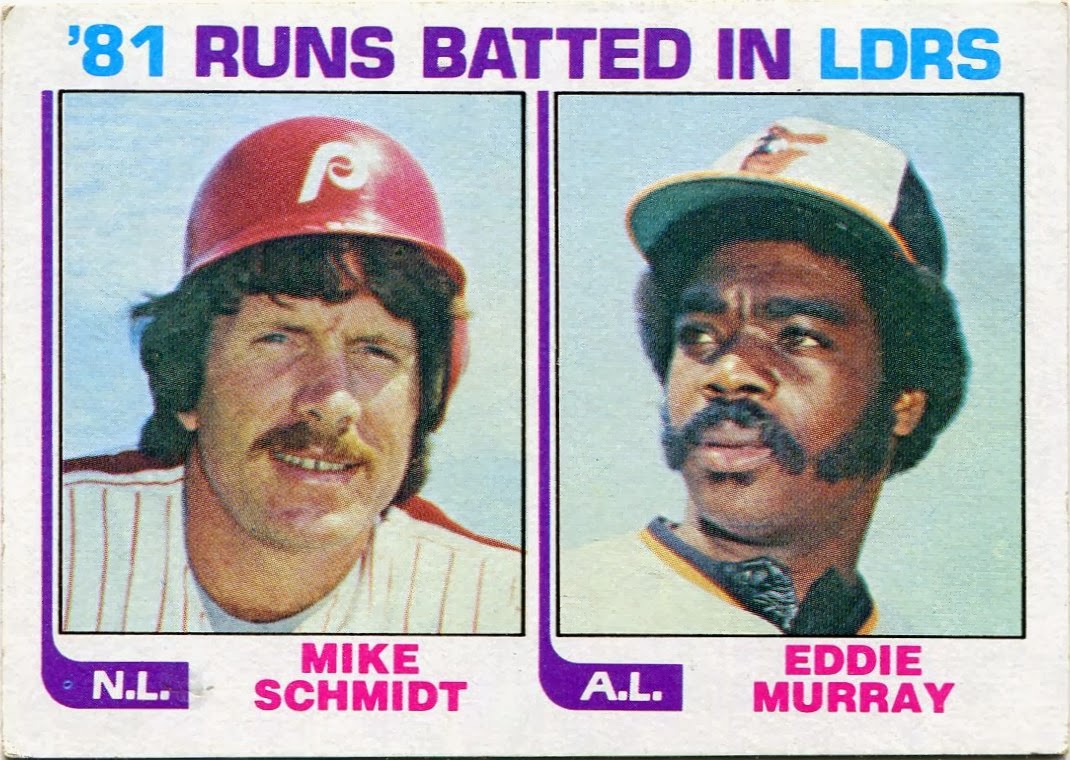 Well, in some cases, you were.

There was a lot of overproduction era cardboard to sift through and some did look like they'd been through the wash a couple times, like the Murray, which I picked up for a laugh.

But if you dug deep enough, like both Jeff and I did, there were some real gems to be had. At a penny a piece.

Before yesterday, I'd never seen penny cards at a show. I remember seeing some at garage sales when I was a kid, but that had to have been at least ten years ago.

This vendor had stacks of cards sorted by team up for grabs. I almost didn't even stop at his table, but something pushed me to at least give it a look. There wasn't a price on them when I walked up to the cardboard, but my jaw just about hit the floor when the guy informed me that everything was a penny each.

About a half-hour and 132 cards later, I had successfully completed my first penny dig. The vendor couldn't break my $5 bill, but Jeff was nice enough to cover my $1.32 in expenses.

About ten of the cards I bought were league leader cards from the early '80s. I don't usually buy too many of these things, but at a penny a piece, well...

Why the hell not? 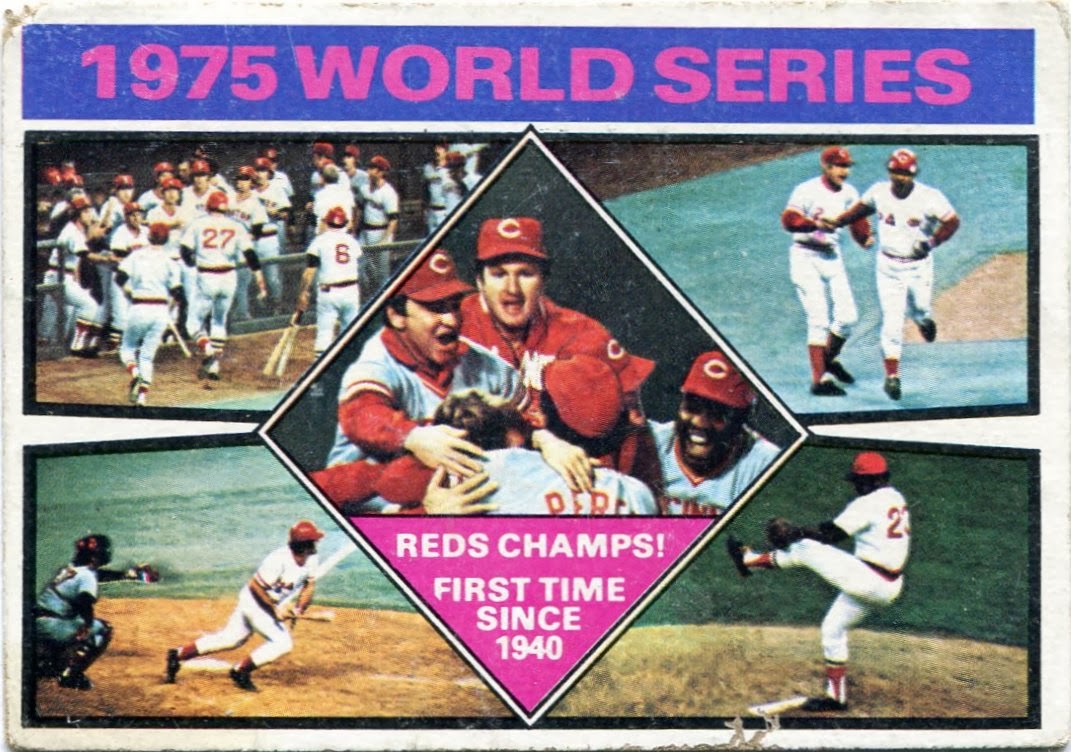 I mean, come on. Vintage for a penny?

Get out of here!

Off to the side, though, there were a few small stacks of pre-1980 vintage. Yes, still just a penny.

I see Carlton Fisk, Luis Tiant, Johnny Bench, Tony Perez, and many other legends on this beautiful baseball card.

And all it cost was one shiny copper Lincoln. 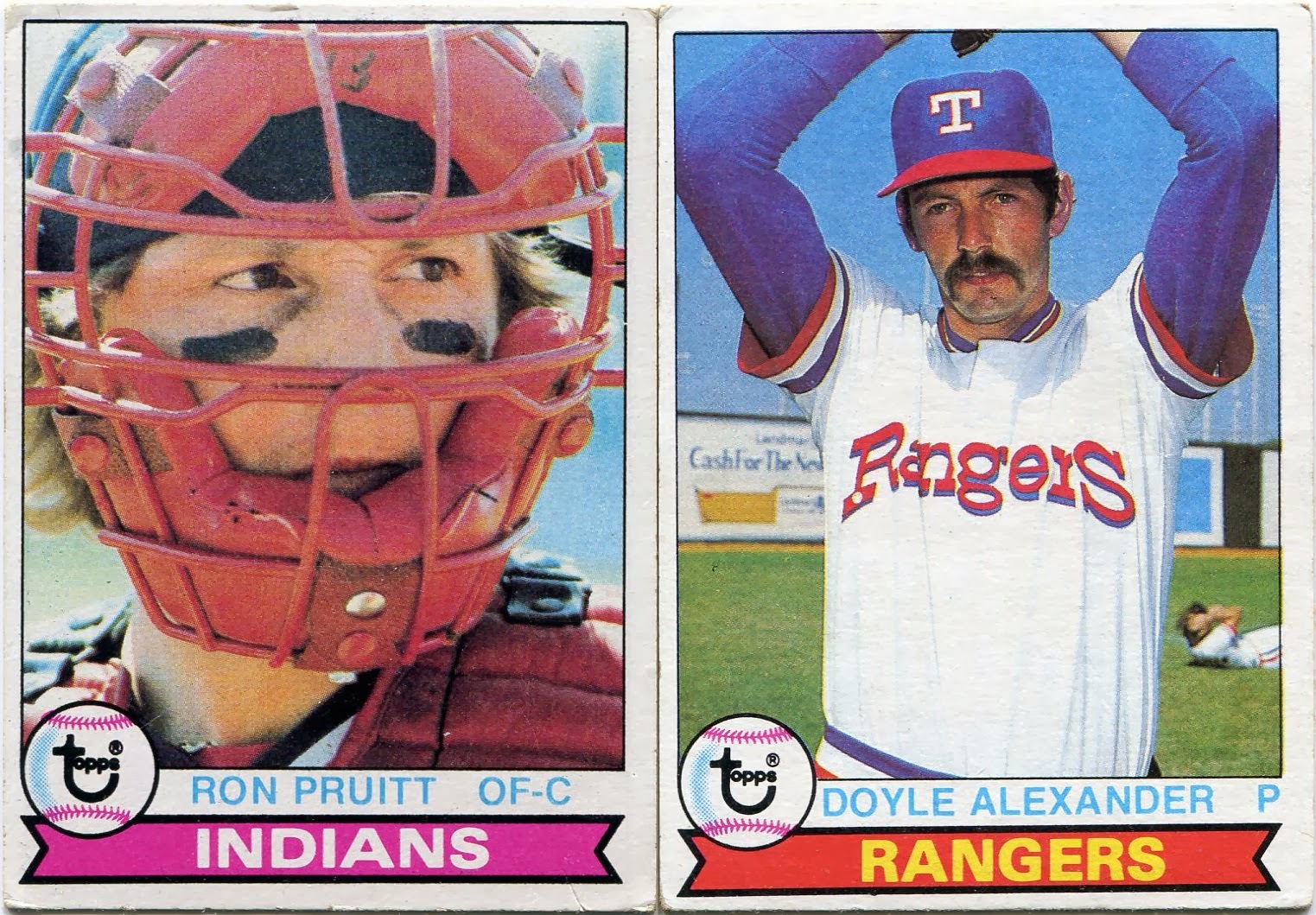 The bulk of these penny cards, however, were sorted by team.

The only teams not represented were the Rockies, Marlins, Devil Rays, Diamondbacks, and Nationals. Every other squad (including the Expos) had a penny stack all to themselves.

And, yes, I dug through every single one. I had to savor the joy of penny cards for as long as possible. Wouldn't you?

Some from the team stacks extended as far back as the '70s. The Rangers pile even knocked out a "Dime Box Dozen" need of mine with the Alexander.

"Dime Box Dozens" for a penny.

Now I've seen it all. 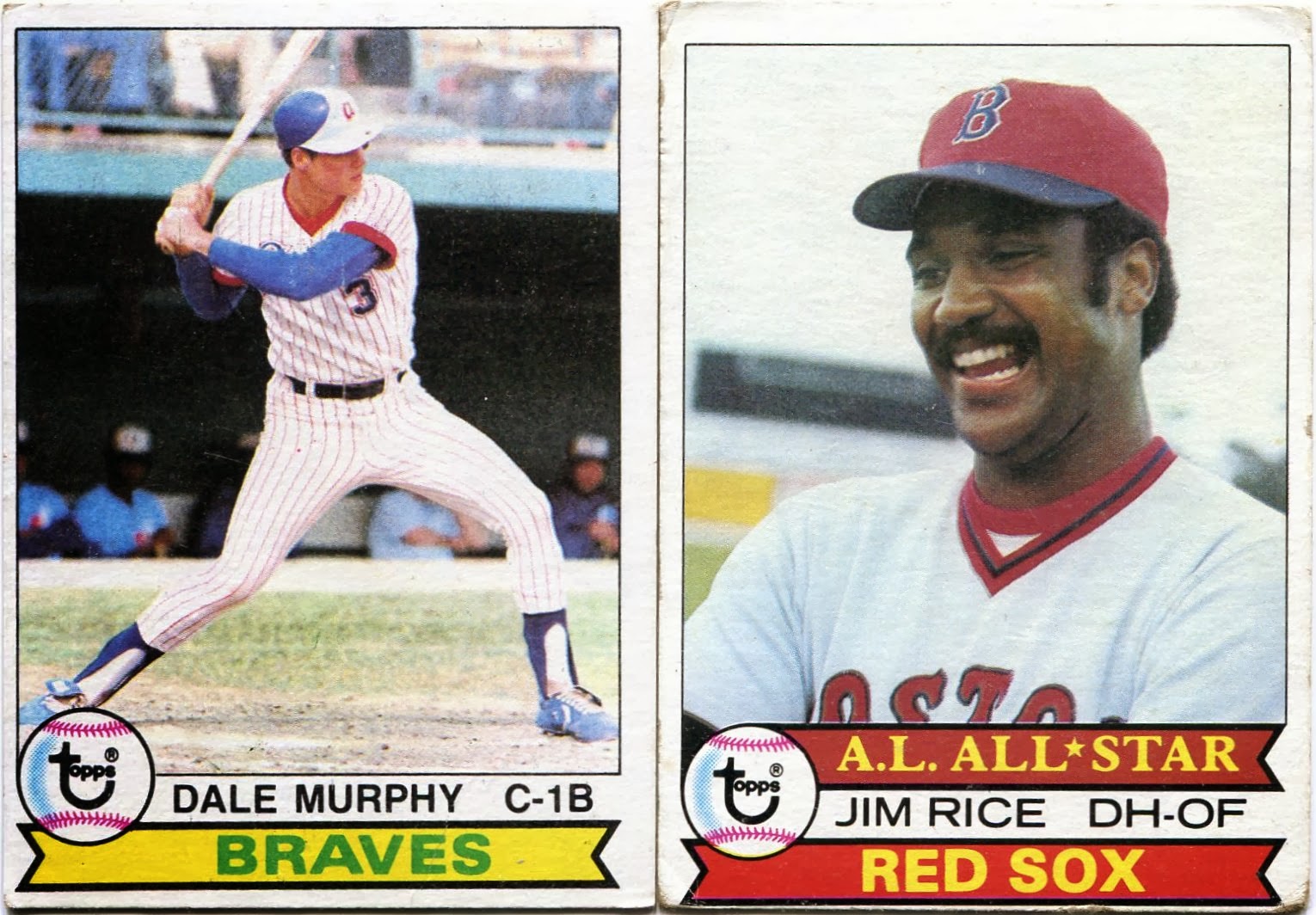 Another assumption you might have about penny cards are the quality of players included. 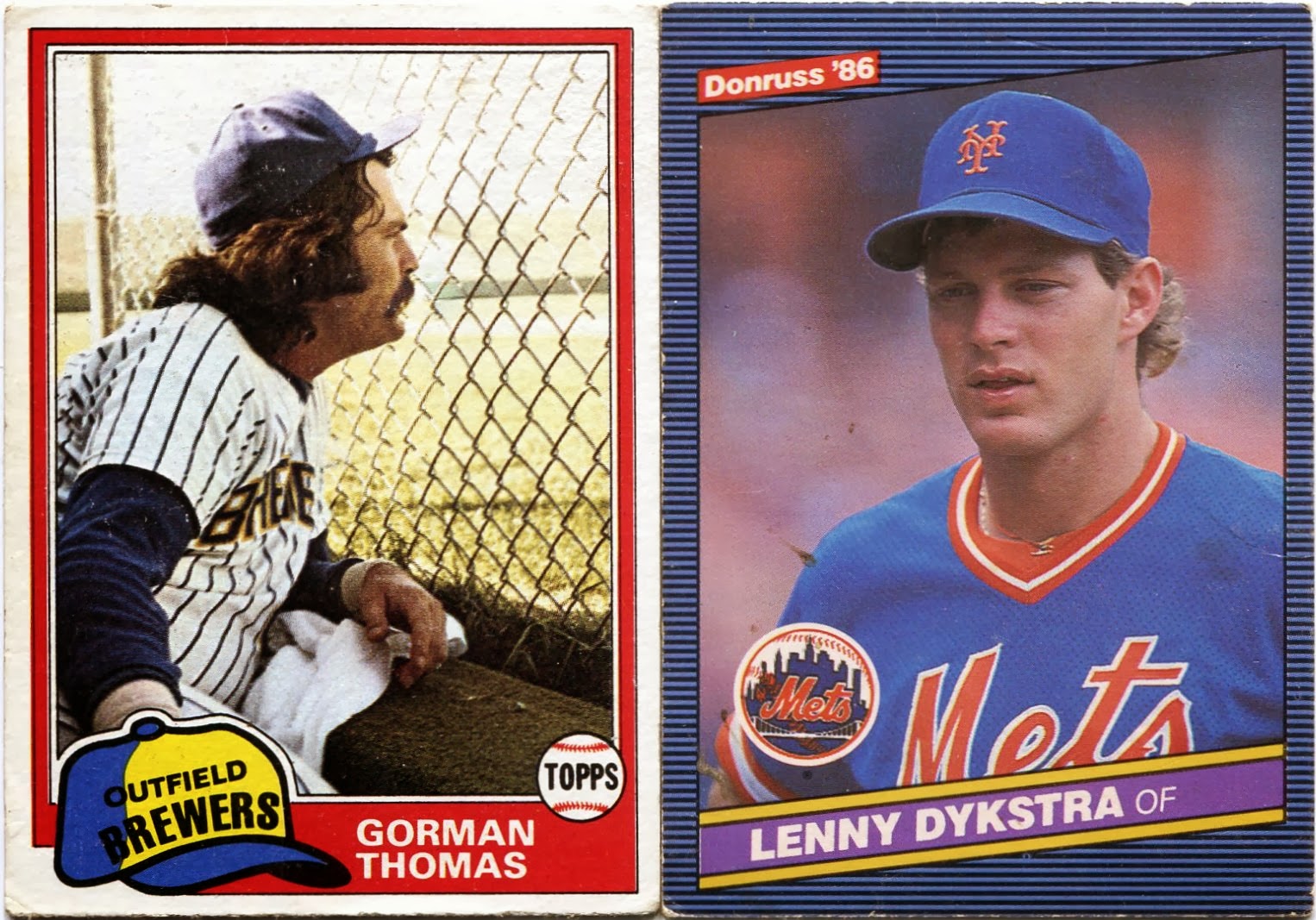 The bulk of the team stacks seemed to be comprised of '80s cardboard.

I did have to sift through a fair amount of 1988 Topps and 1989 Donruss in these digs, but I reaped quite a few rewards from my work.

That Gorman Thomas is a serene work of art that I can't believe I didn't own before yesterday. An '86 Donruss Lenny Dykstra rookie also became mine for just a penny.

Any rookie card for a penny is a bargain. 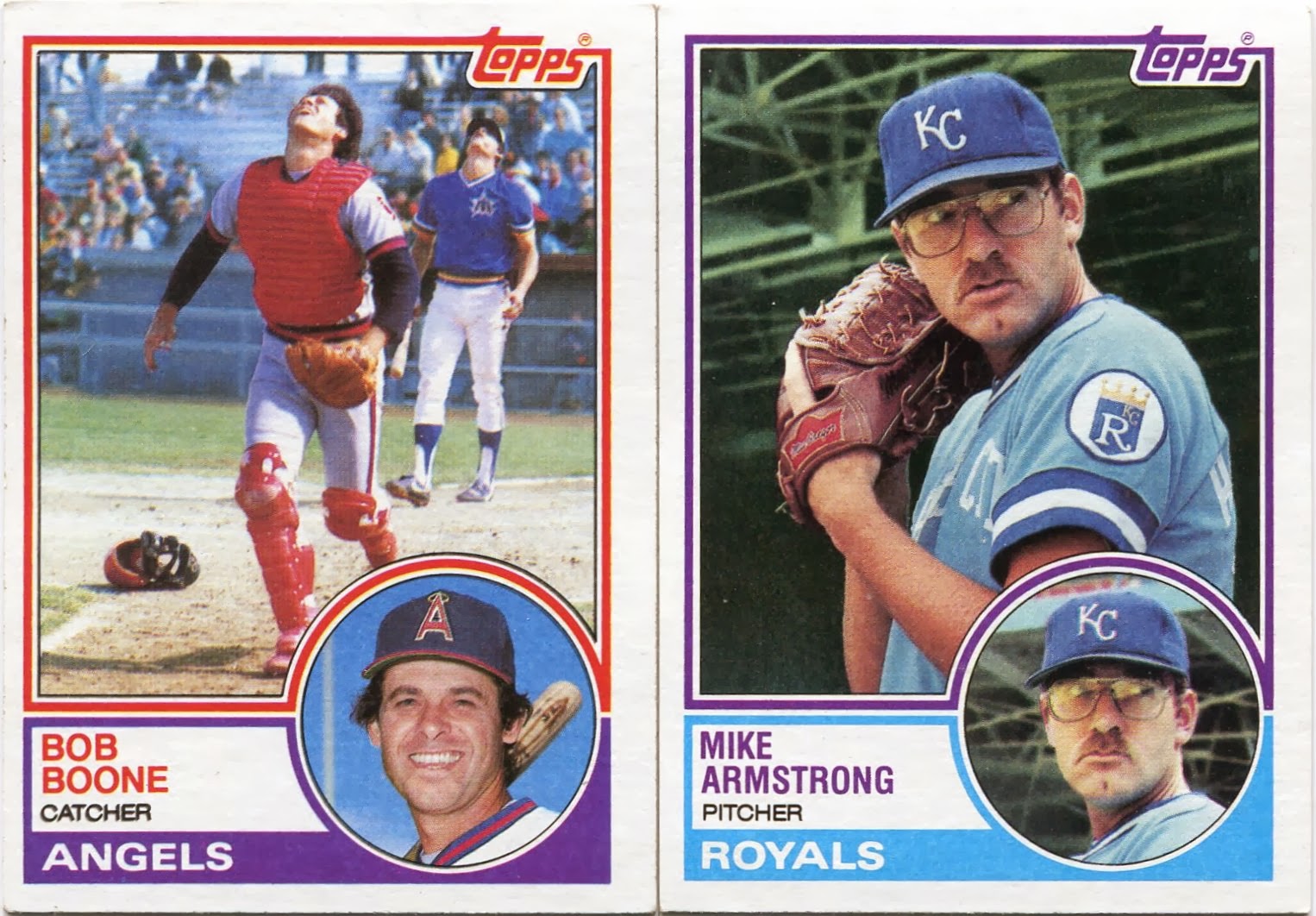 Take a look at these beauties from 1983 Topps.

I'm fond of the Bob Boone for the sheer action of it. I love how both Boone and the Mariner hitter are intently tracking the flight of the foul pop.

The Mike Armstrong is one of the most hilarious baseball cards you'll ever see.

He looks more like someone who'd do your taxes. 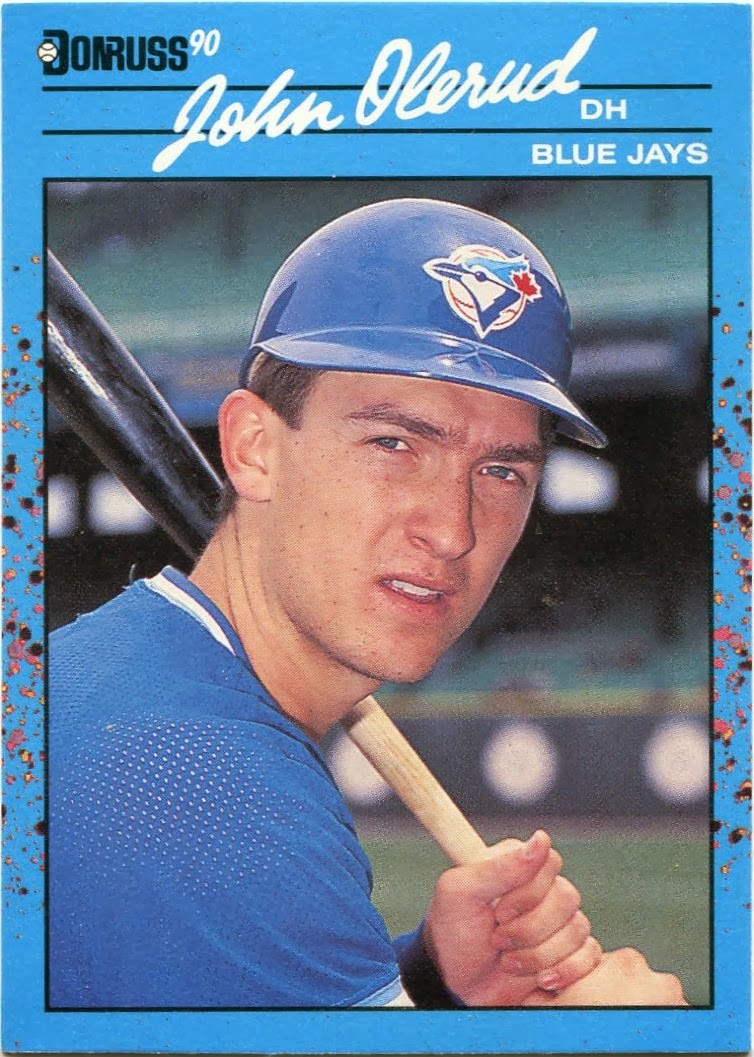 Cards from the 1990's were fair game for the penny stacks as well.

The Blue Jays pile netted me a new John Olerud rookie for my player collection of his. This one comes from the 1990 Donruss Baseball's Best subset.

Maybe I'd like '90 Donruss a little more if every card had these blue borders. 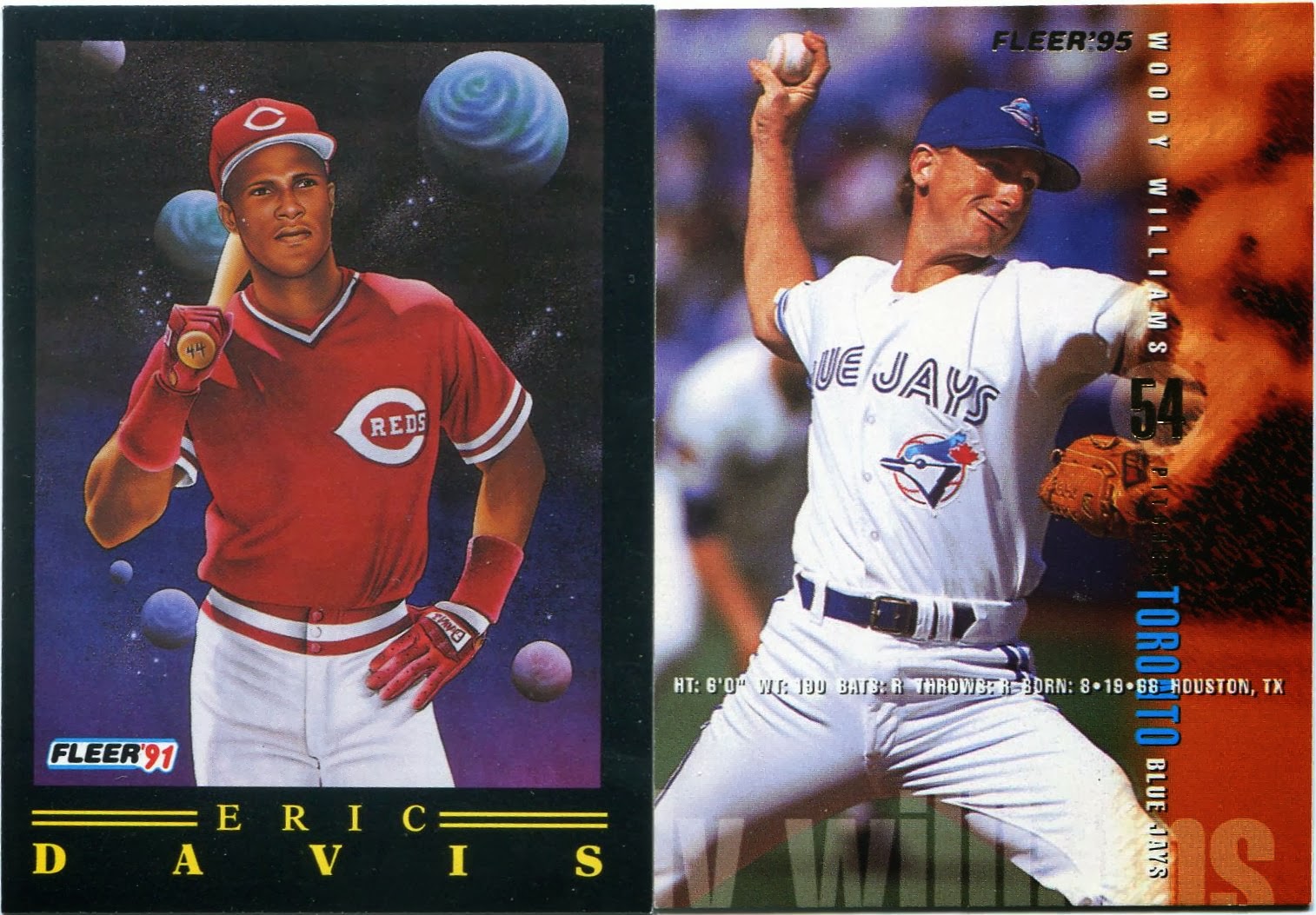 Fleer seemed to be the '90s brand of choice for this vendor.

That included an ample amount of, shield your eyes if you must... 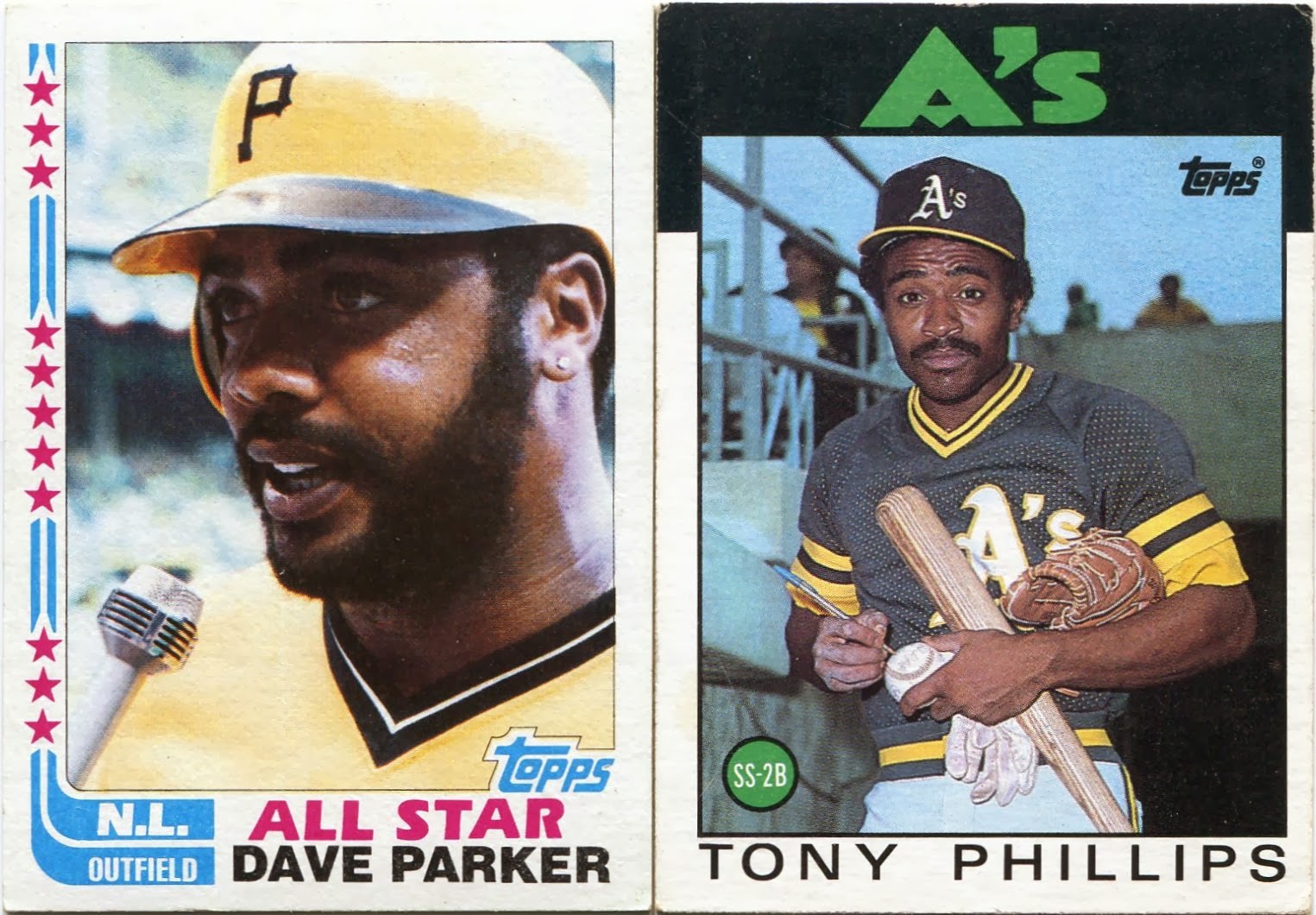 Leave it to penny cards to hit on a couple mini-collection needs.

These great "interview" and "autograph" shots were new to me. 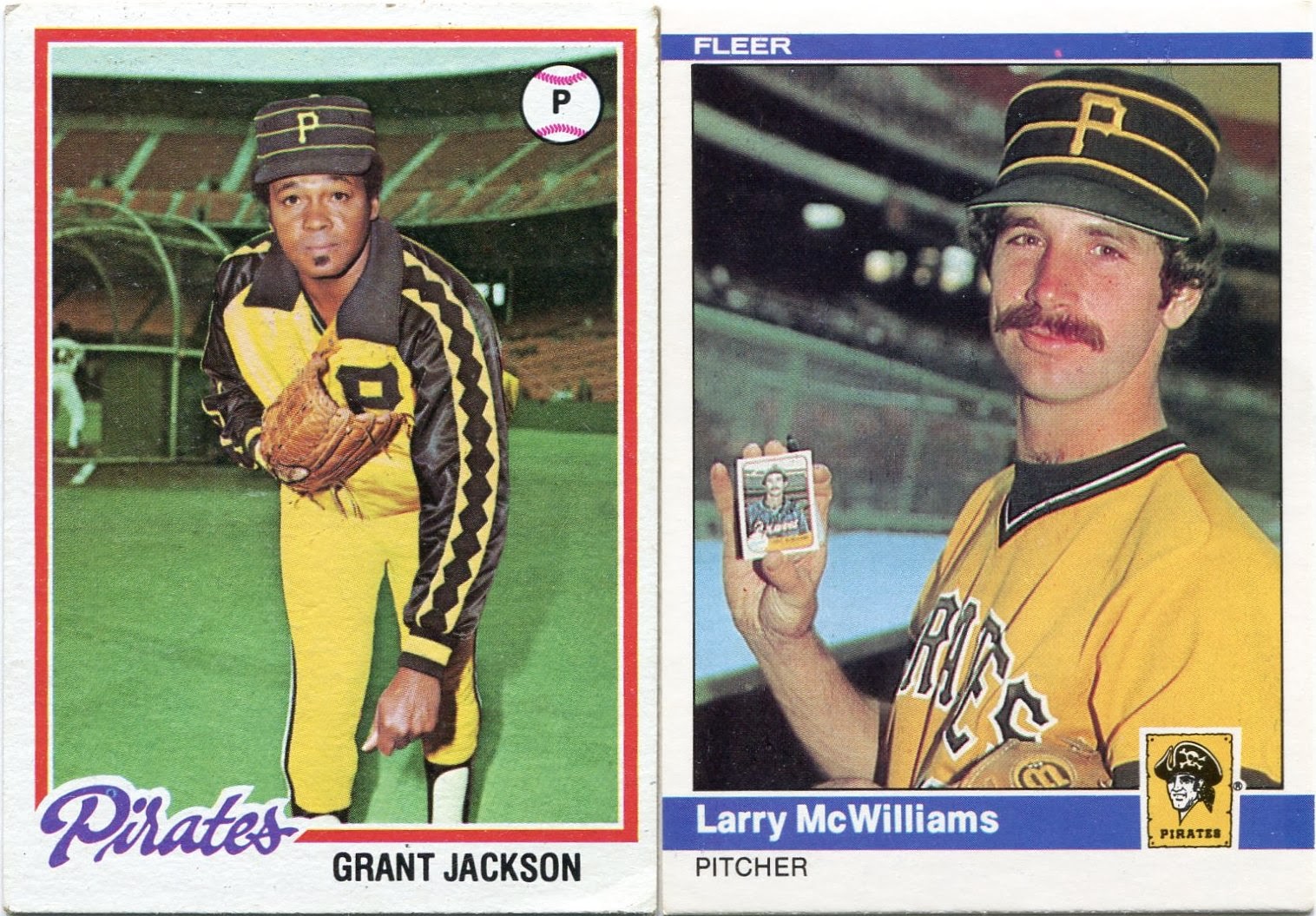 The Pirates stack in particular seemed to have quite a few fun pieces of cardboard.

That is one groovy warmup jacket on Grant Jackson there. And the card-within-a-card on the Larry McWilliams is a new piece to the "Cardboard Inception" mini-collection I've been thinking about starting.

Both for just a penny each.

That still doesn't sound right to me. 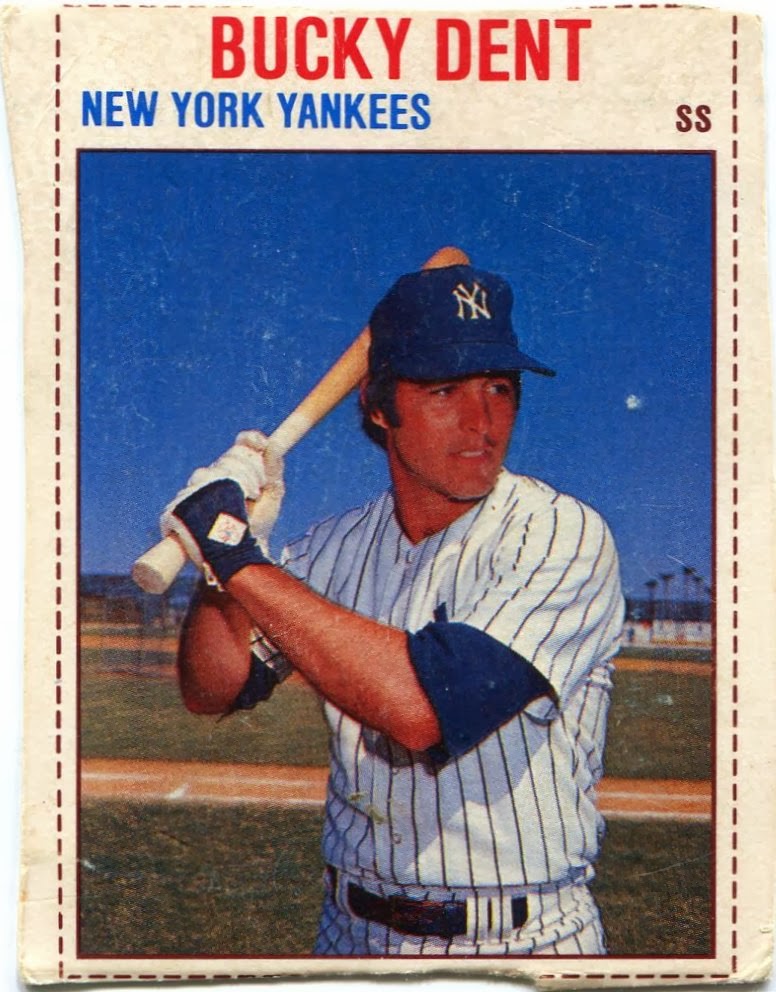 Years from now, when people ask...

"Nick, just what was the most memorable card you found from those penny stacks?"

...I know what the answer will be.

"Was it that Hostess Bucky Dent?"

But the shock of finding a Hostess card for a penny hasn't quite worn off yet. 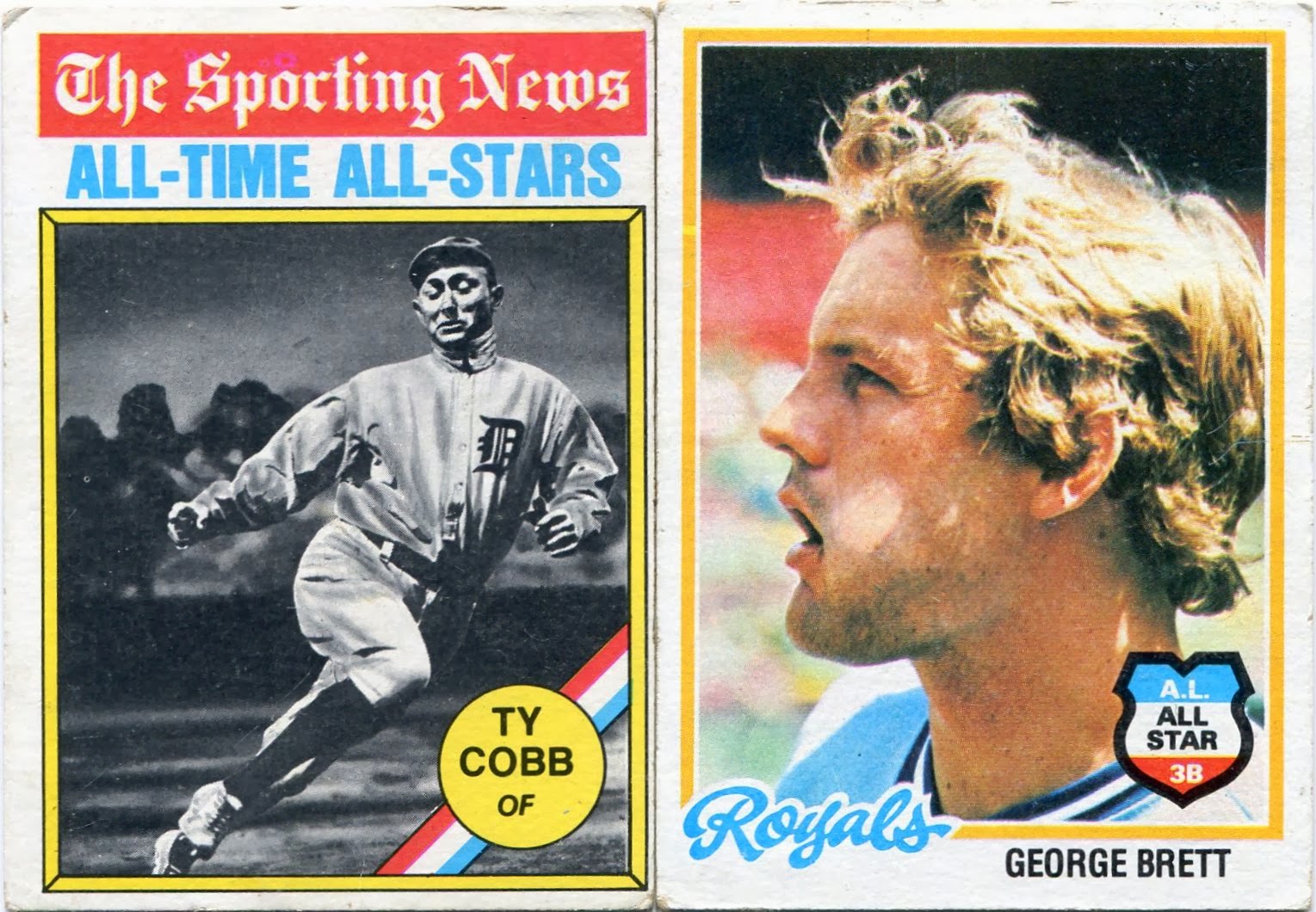 "How about the '76 Topps Ty Cobb or that vintage George Brett?"

If I were sitting in a chair at the time, I probably would've jumped out of my seat when I found these two in the penny stacks. Though I've acquired most of the "All-Time All-Stars" subset cards from the '76 checklist, the Cobb was one that had eluded me.

I certainly never thought I'd find one for a penny.

The same goes for a 1978 Topps George Brett. Landing that for a penny is a once-in-a-lifetime experience.

But neither made for the most memorable takeaway from these penny stacks. 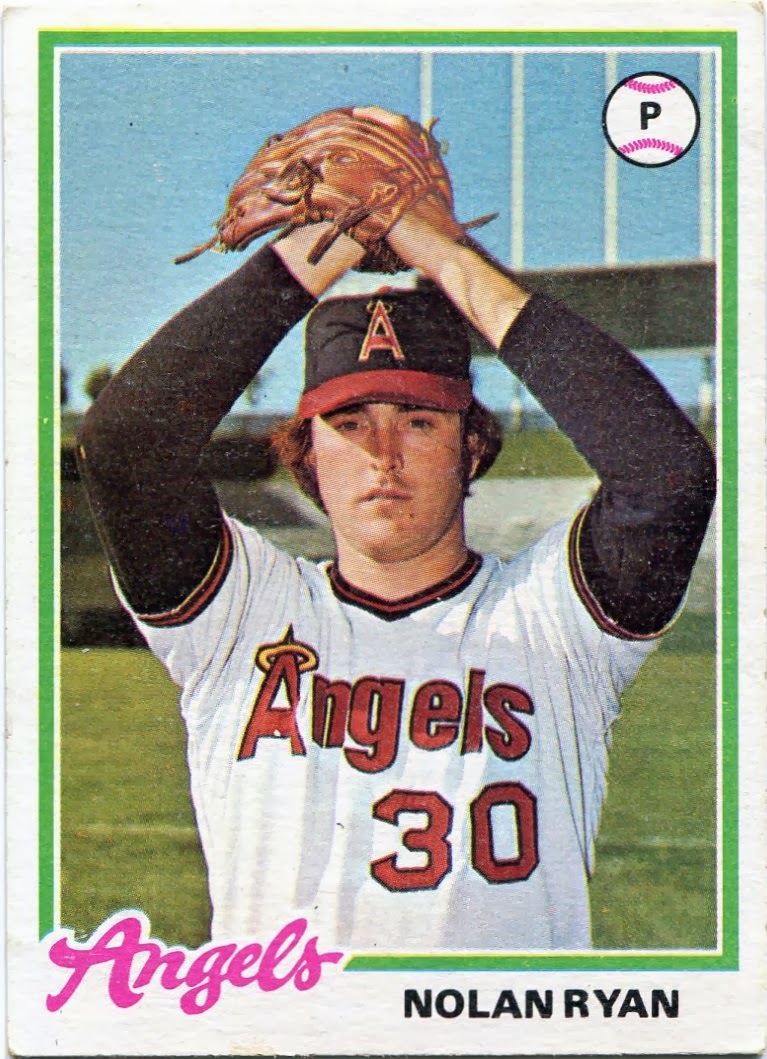 Nope, that honor has to go to the card you see above.

With Jeff as my witness, I can honestly say that I found an authentic 1978 Topps Nolan Ryan for a penny.

Italics don't even begin to cover how shocked I was when that happened.

It's about as perfect as you'd want a card from 1978 to be. There's no creasing, barely any rounded corners, and the back is pristine. I've seen copies of this card priced between five and ten bucks at other shows.

I bought it even though I thought I already had a copy of Ryan's 1978 Topps issue. When I checked to make sure, however, I found that I had a reprint of this one, but not the real deal.

If such a thing is possible, that made finding a penny card of Nolan Ryan even sweeter.

You'll see a slew of dime, quarter, and other various finds in my upcoming posts about this card show.

In terms of sheer shock value, though, I doubt anything came close to unearthing a table with penny cards.

I'm still having a tough time believing such a thing is even possible.
Posted by Nick at 5:07 PM

Awesome pick ups Nick! That Ron Pruitt card is definitely one of my all time faves! I think it't the card with the least amount of background ever made. Gotta love the eye black.

That Grant Jackson just shot onto my wantlist, and will probably leap into my top 10 as soon as I knock off the last cards to finish a couple sets.

You finally got your 79 Doyle.. Great show.

Amazing haul for a buck-thirty two. That is Kit-Kat at the office vending machine territory.

The Murray at the t Definetely looks like a penny card

I think my reaction when you showed me that Ryan was "whoa". The sheer quantity (and quality) of star cards for a penny, that were easily .001% of their actual price, was amazing.

Penny? Un-be-f-ing-leavable! You gonna change the name of your blog?

I own 95 percent of the cards you just showed. I don't know if I like knowing that someone is valuing them at 1 cent apiece.

This isn't going to be like "The Bob Newhart Show" when on your last post we find out everything is a dream?
You really found penny cards? And I need a good chunk of those cards too.