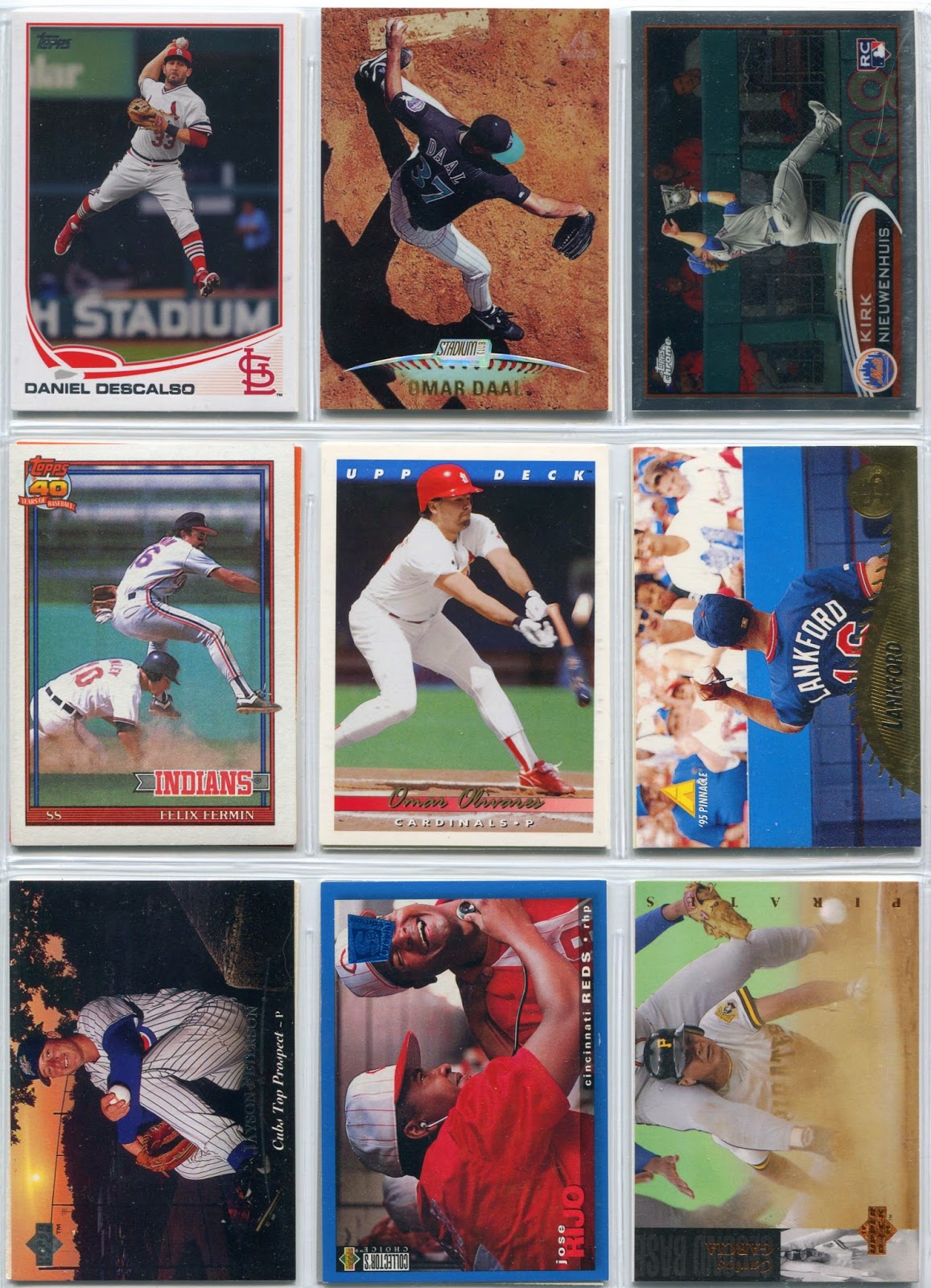 This time of year is like the calm before the storm.

We were already bombarded with noteworthy releases like Series 1 and Heritage during the past couple months. With also-rans like Gypsy Queen, Bowman, and Archives starting to hit the shelves, though, I can't say I've had much interest in going to my local Target lately.

Still, we'll have Series 2 and A&G on our hands before we know it.

In the meantime, I can always enjoy building my beloved frankenset. 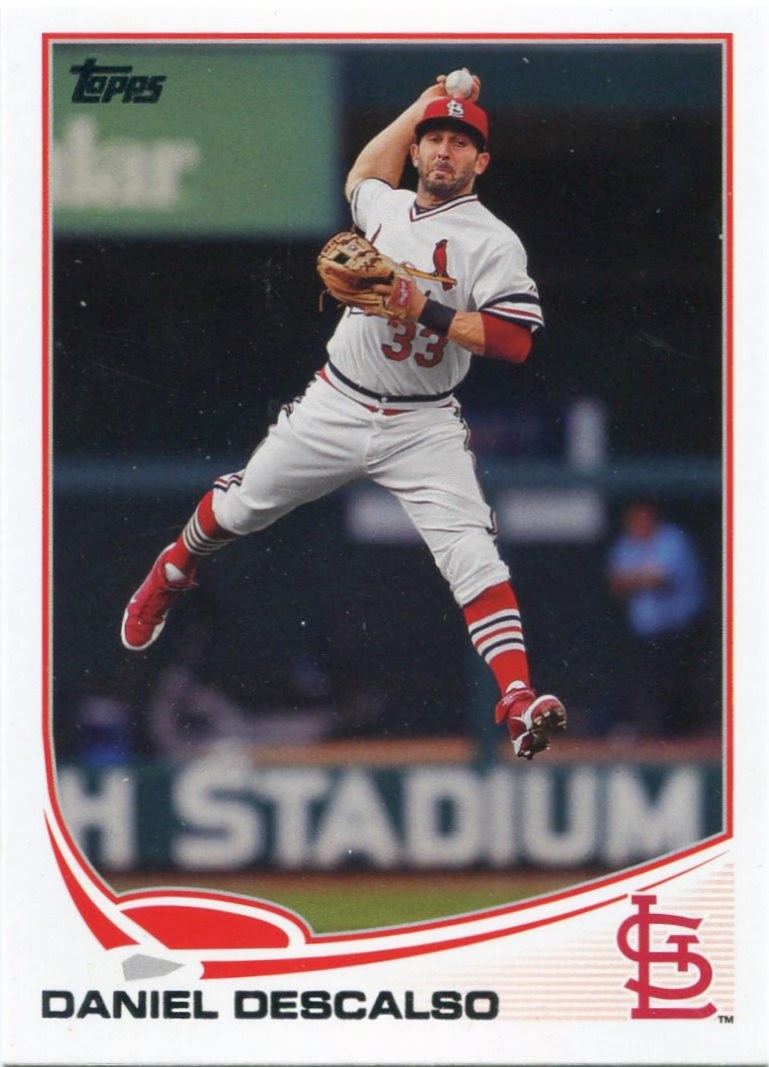 This perfectly framed shot was one of the more notable cards of 2013.

I don't have enough evidence to officially deem it as a "double dip", but I'm led to believe Mr. Descalso was in the midst of turning a double play here.

I can't think of many other situations that would explain such a leap. 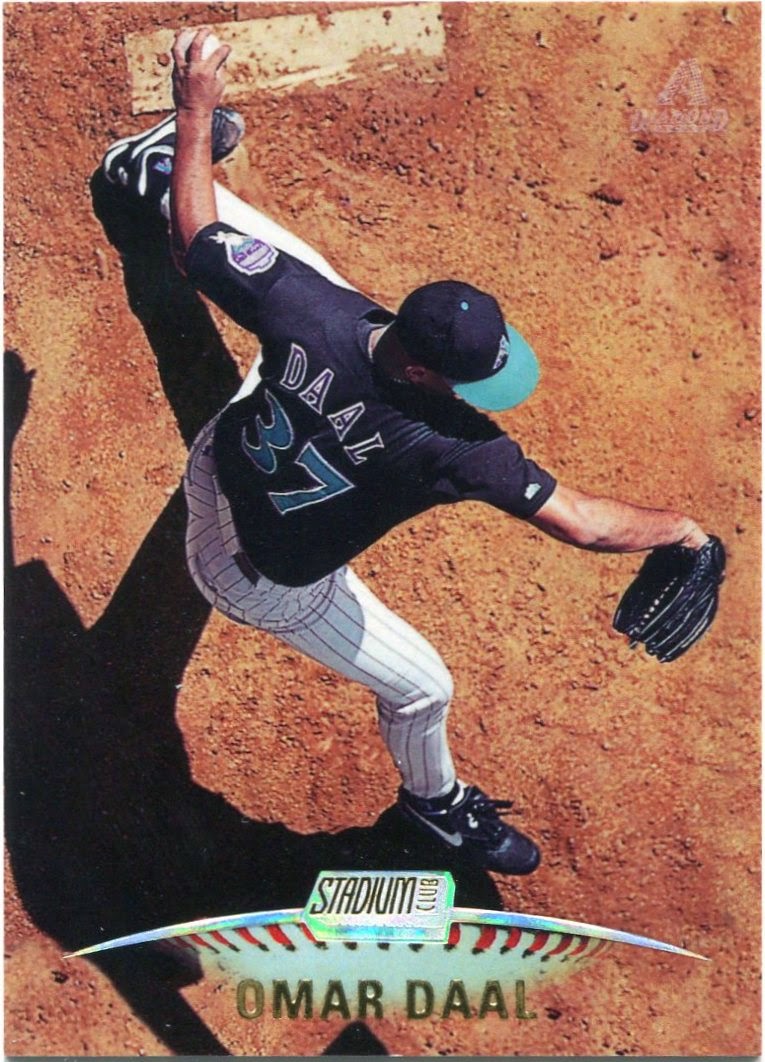 Whoever came up with the idea for these is a pure genius. 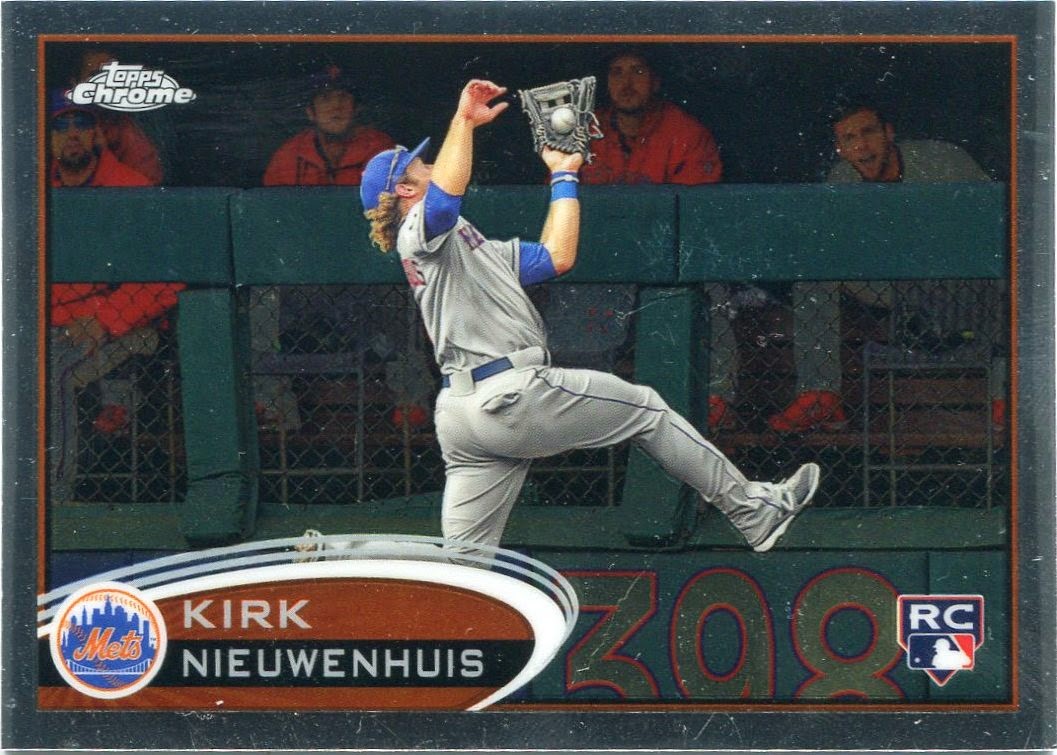 Many are basically chrome-laden reprints from Series 1 and Series 2.

Someone at Topps must like Kirk Nieuwenhuis, though. This spectacular "at the wall" shot is pretty much as good as it gets.

Unfortunately, it's the exception to the norm when it comes to Topps Chrome. 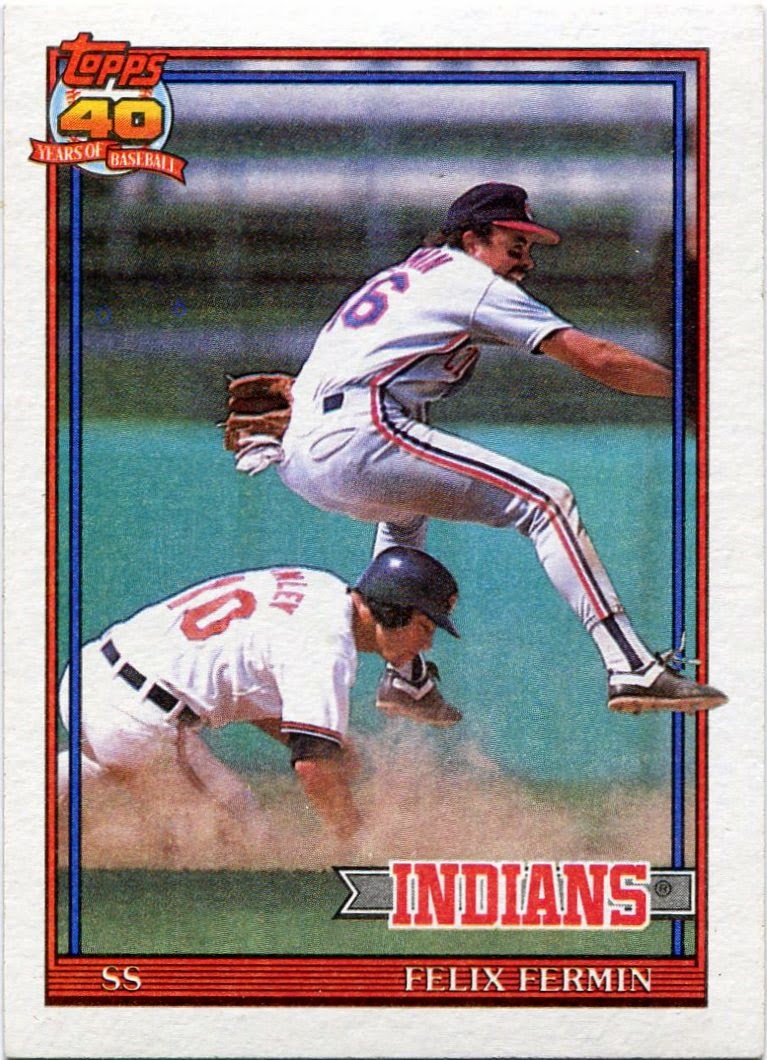 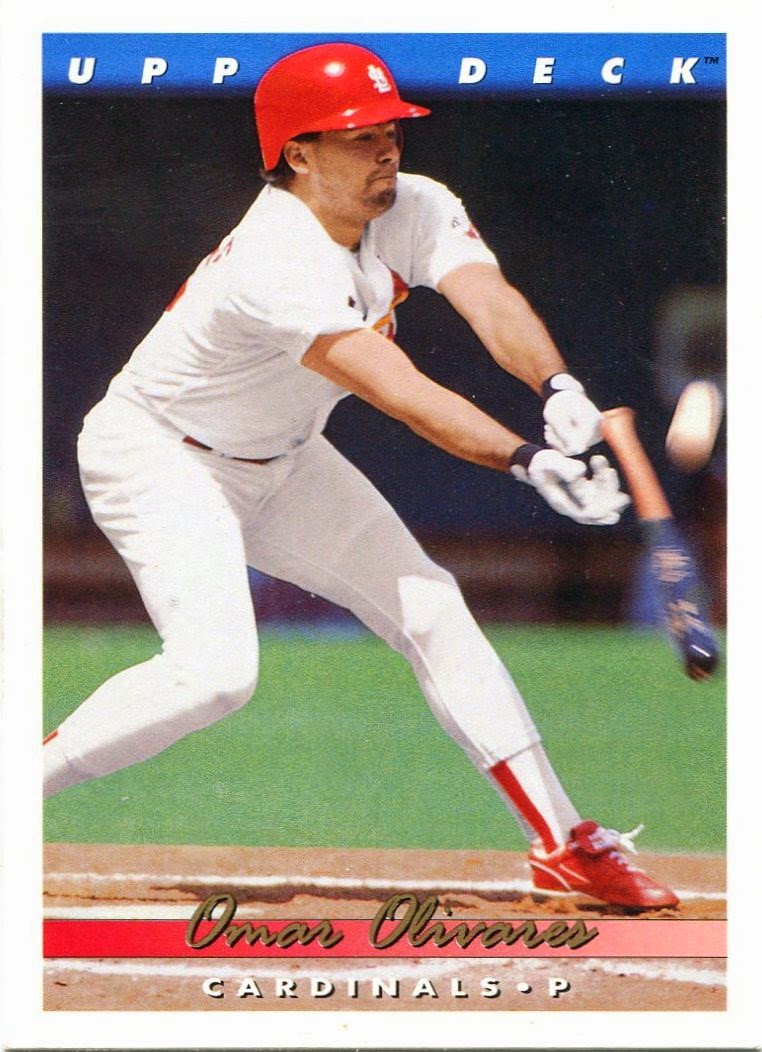 People love sending me this card.

I've probably received about a half-dozen copies of it through trade packages during my time around here. It's a perfect fit for my collection.

For one thing, it's a "pitcher at the plate". Better yet, it features one of the funnier shots you'll ever see on a baseball card. Hitting ineptitude at its finest.

It was surprising to learn that Olivares actually swung a decent stick. He hit .240 during his 12-year career. 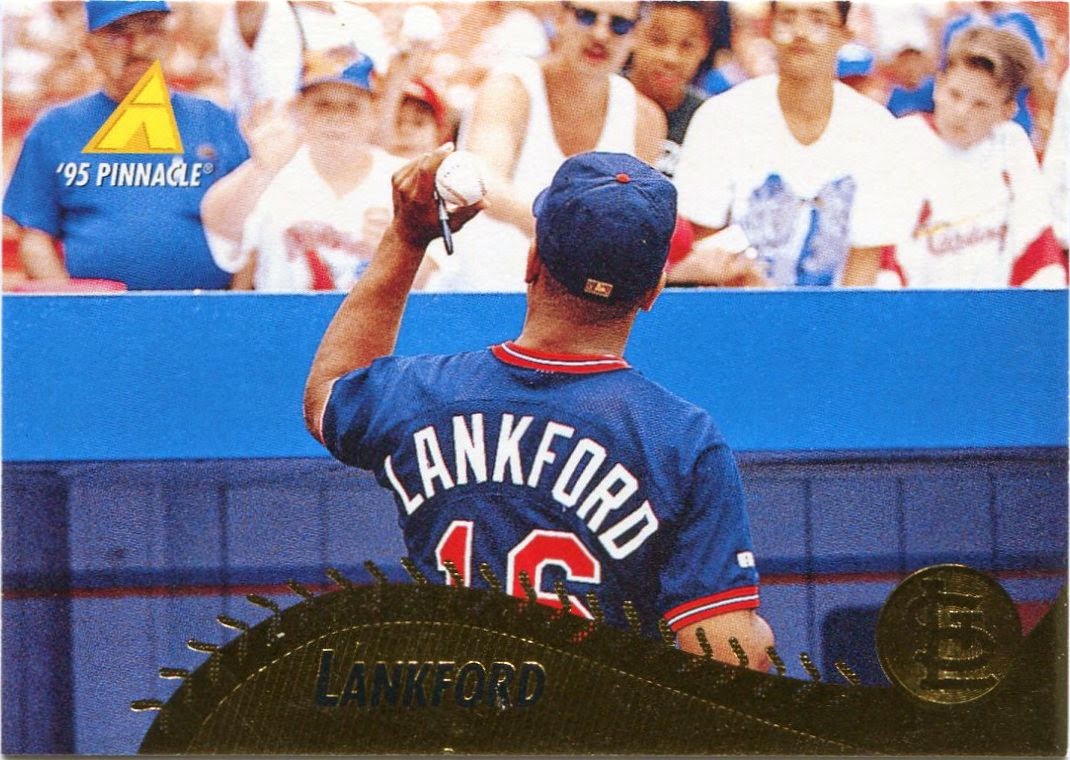 I'm especially fond of this one because it features an angle you don't often see on these things. 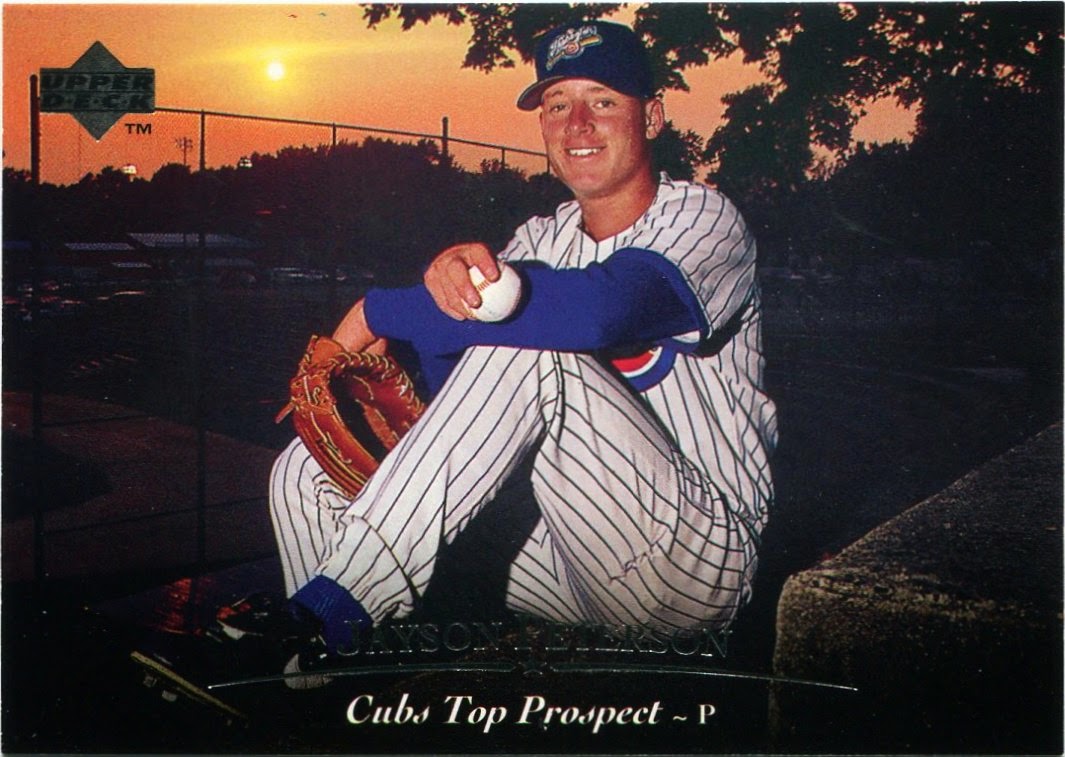 I've come to adopt the term "sunset card" to mean the final issue of a player's career.

This, however, is a literal sunset card. And quite a beautiful one, at that.

I hope whoever took this shot stayed on Upper Deck's payroll for a long, long time. 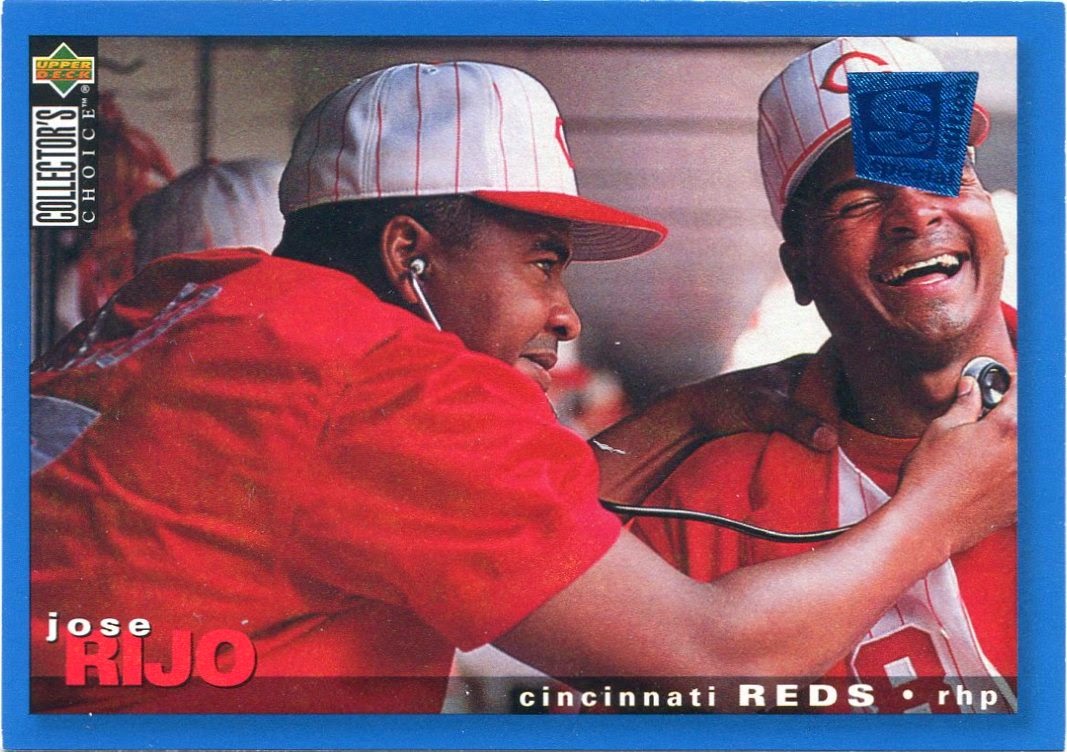 I'm convinced that Jose Rijo had more fun than any player in baseball history.

Card companies managed to capture his love for the game in a number of different ways. 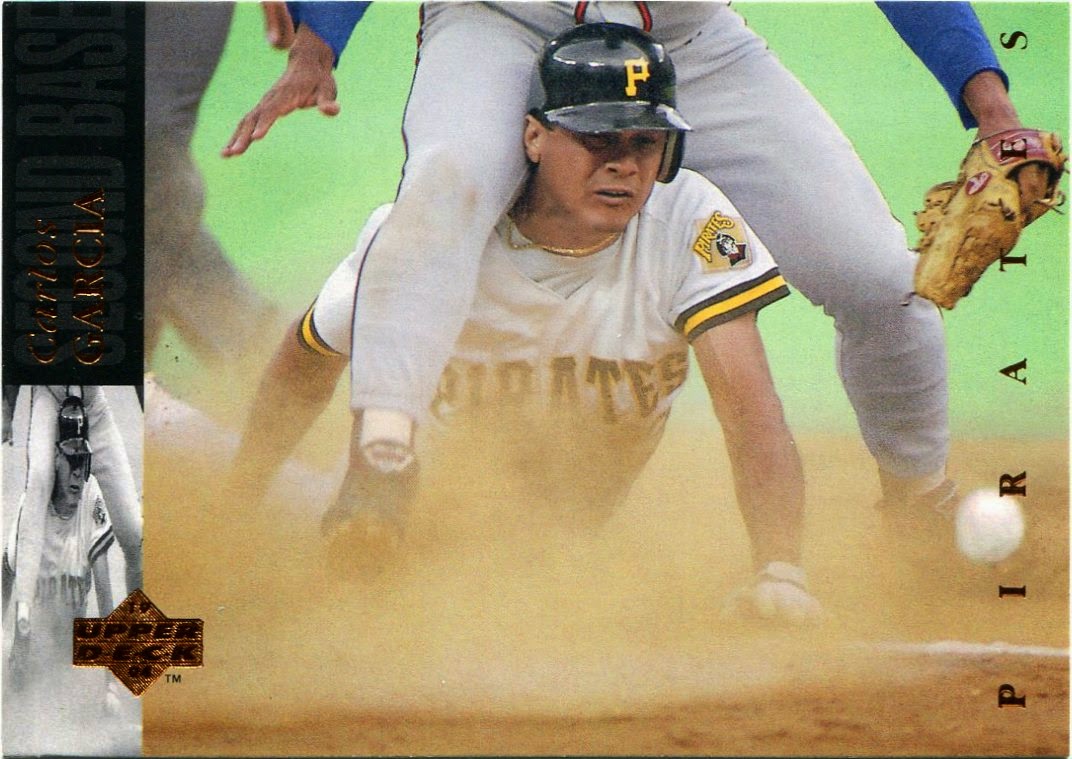 To not have this one make the frankenset binder would've been a tragedy.

There's just so much to love about it. The great action shot, the cloud of dust, the rather unfortunate location of Carlos Garcia's head. Not to mention his equally disgusted reaction.

It's nice to know that Upper Deck had a sense of humor with their photo selection.
Posted by Nick at 5:19 PM

Right now I'm hitting my head on the wall because I don't have that simply gorgeous Carlos Garcia card!