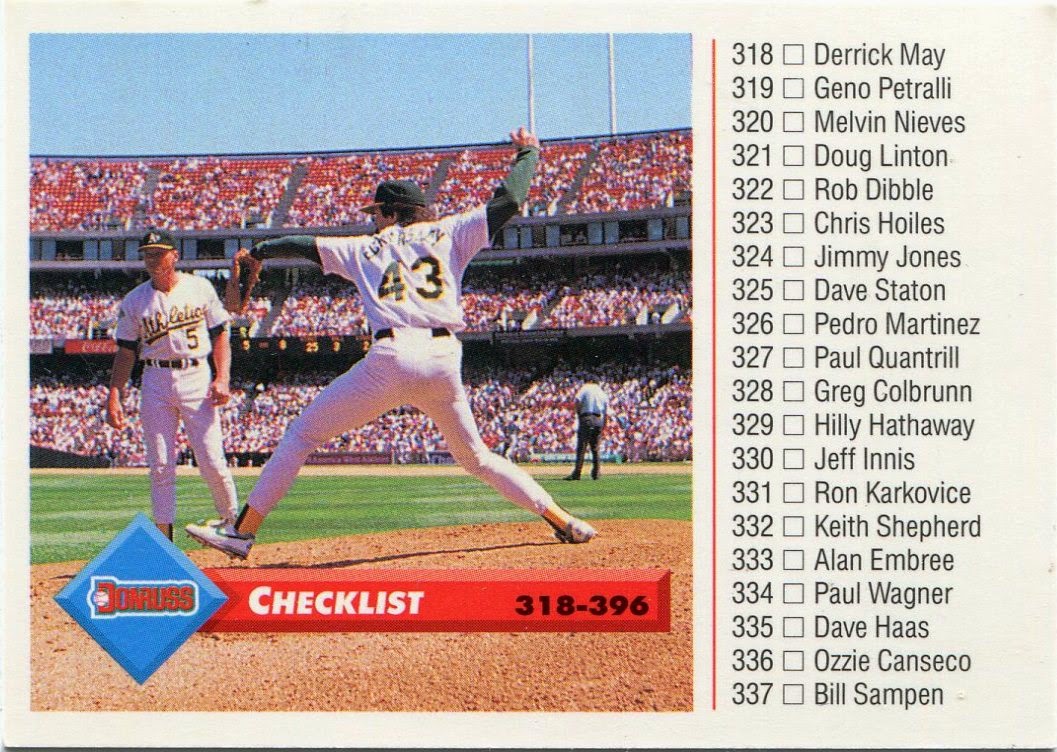 Despite what you may believe, I don't need every card I pull.

Most collectors, including myself, probably have quite a few extras sitting around gathering dust. Like it or not, I don't have a real purpose for all those 1989 Fleer Donell Nixons or Bruce Benedicts.

If you're lucky, though, you can find a collector who would appreciate them in a way that you can't. I have a couple big boxes full of cards that I don't need, but ones that I instead hope can bring a smile to someone else's face at some point in the future.

It's one of the many beauties of card collecting.

That's why I was so glad that Alex of the fantastic blog "Chavez Ravining" thought of me when he was trying to clear some space in his own collection. A lot of the spares he sent along ended up filling prime spots in my binders.

Checklist cards as a whole are probably trash to a lot of collectors. I'll admit, I've thrown out a few in my pack-busting travels.

Donruss sure knew how to make these things pop back in the '90s. You won't find many better shots than this on a lot of standard base cards.

Much less a checklist. 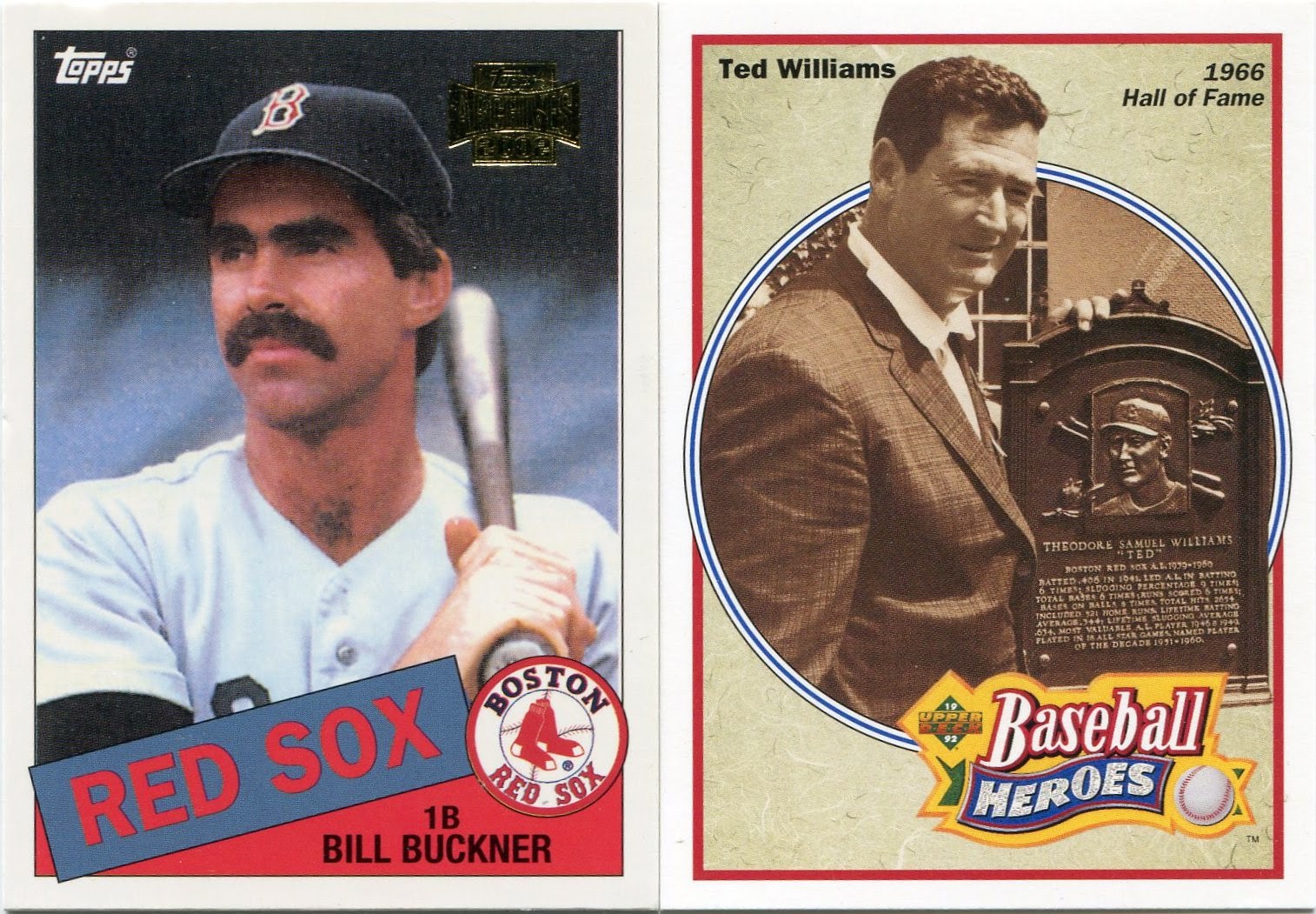 My Red Sox binders certainly got a big boost from these two.

I am, and will always be, a sucker for reprints. 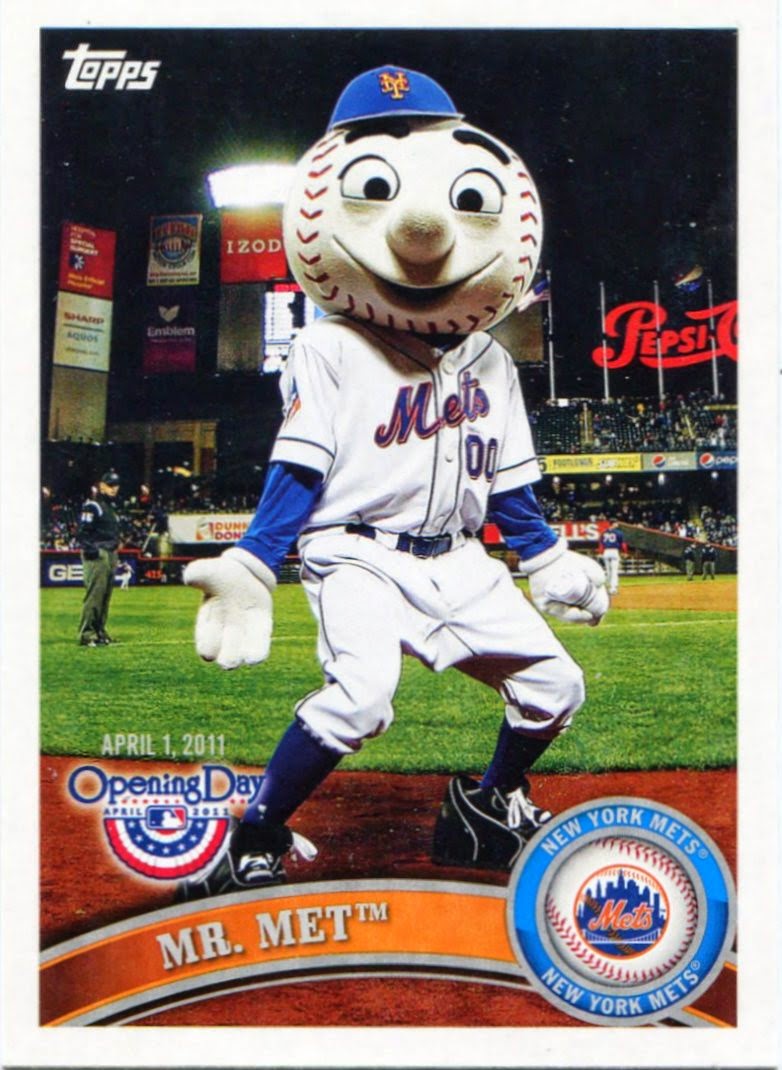 I know this card well.

If you're a regular reader of the blogs, chances are you know it from Night Owl's banner.

Given its night card status, that's no surprise. Though Mr. Met is one goofy character, this really is a beautiful shot of baseball under the lights.

Plus, it's a great candidate for my "Count the Ads" challenge. You have ten seconds to find all the advertisements you can on this baseball card. 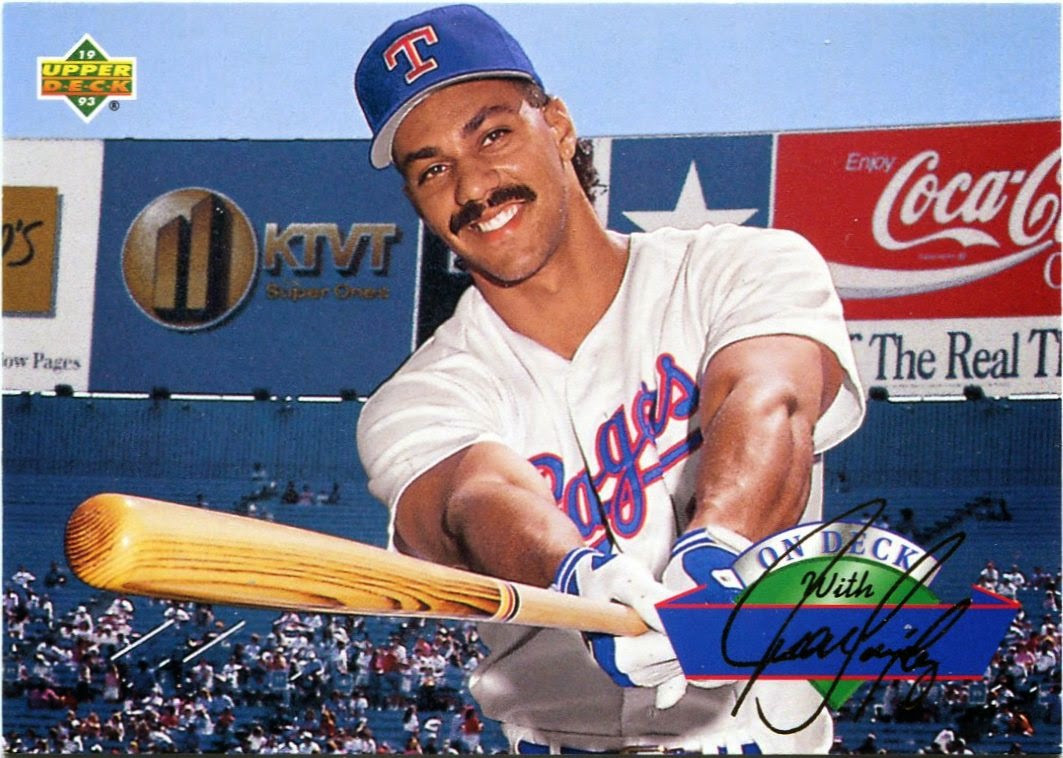 When you're done with that, you can try again with this one.

That is, once you're done admiring the wonderful "bat barrel" shot. You can add Alex to the long list of mini-collection MVPs.

This package featured a bunch of great hits to my many different themes.

If you want another fun party game, take one of these autograph shots and challenge your friends to a rousing game of "Count the Disembodied Hands".

Make sure you have plenty of beer around, though. 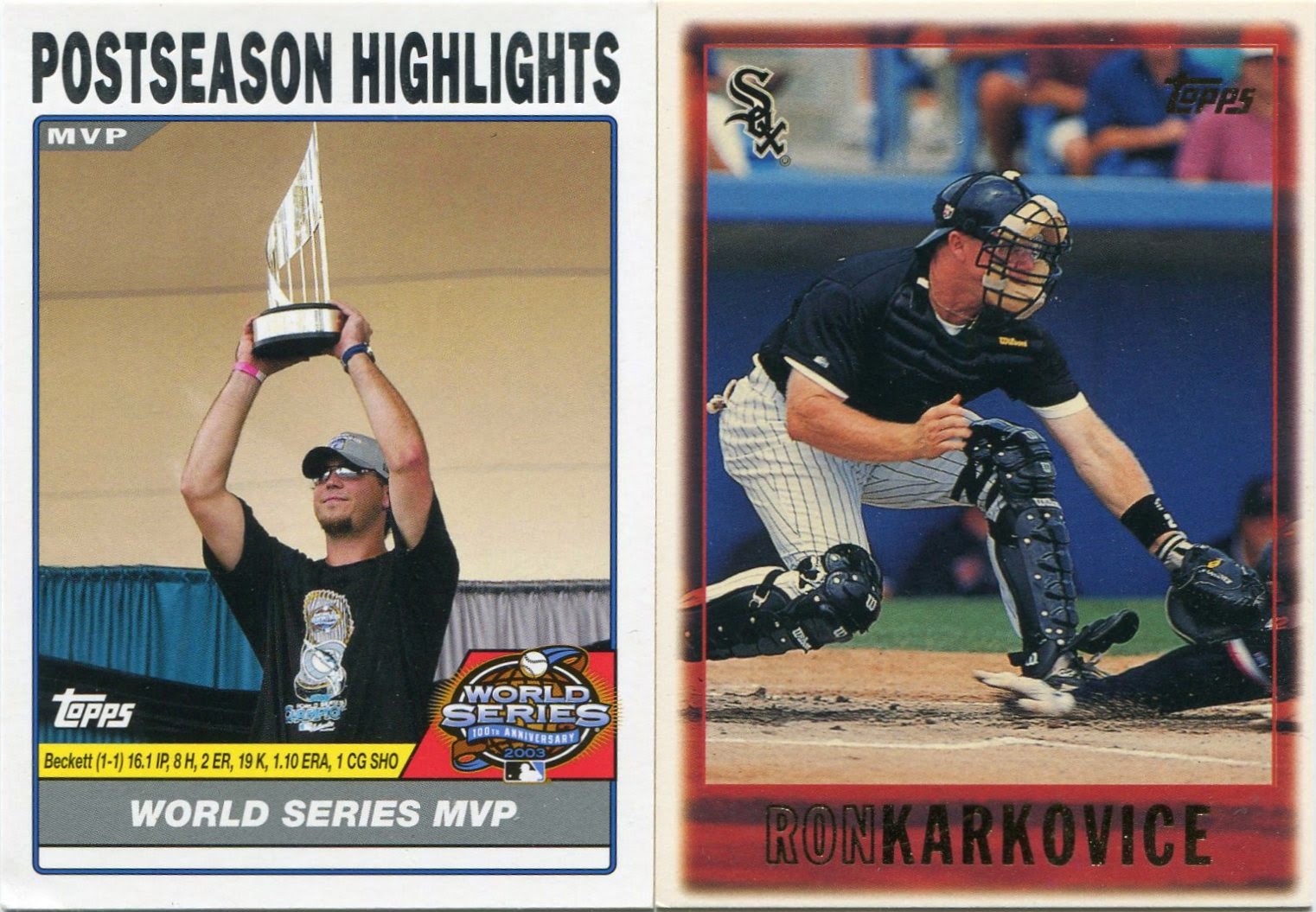 Alex also found a couple hits to my "award show" and "play at the plate" themes.

I still find it funny that the Marlins are two-time World Series champions despite having never won a division title. 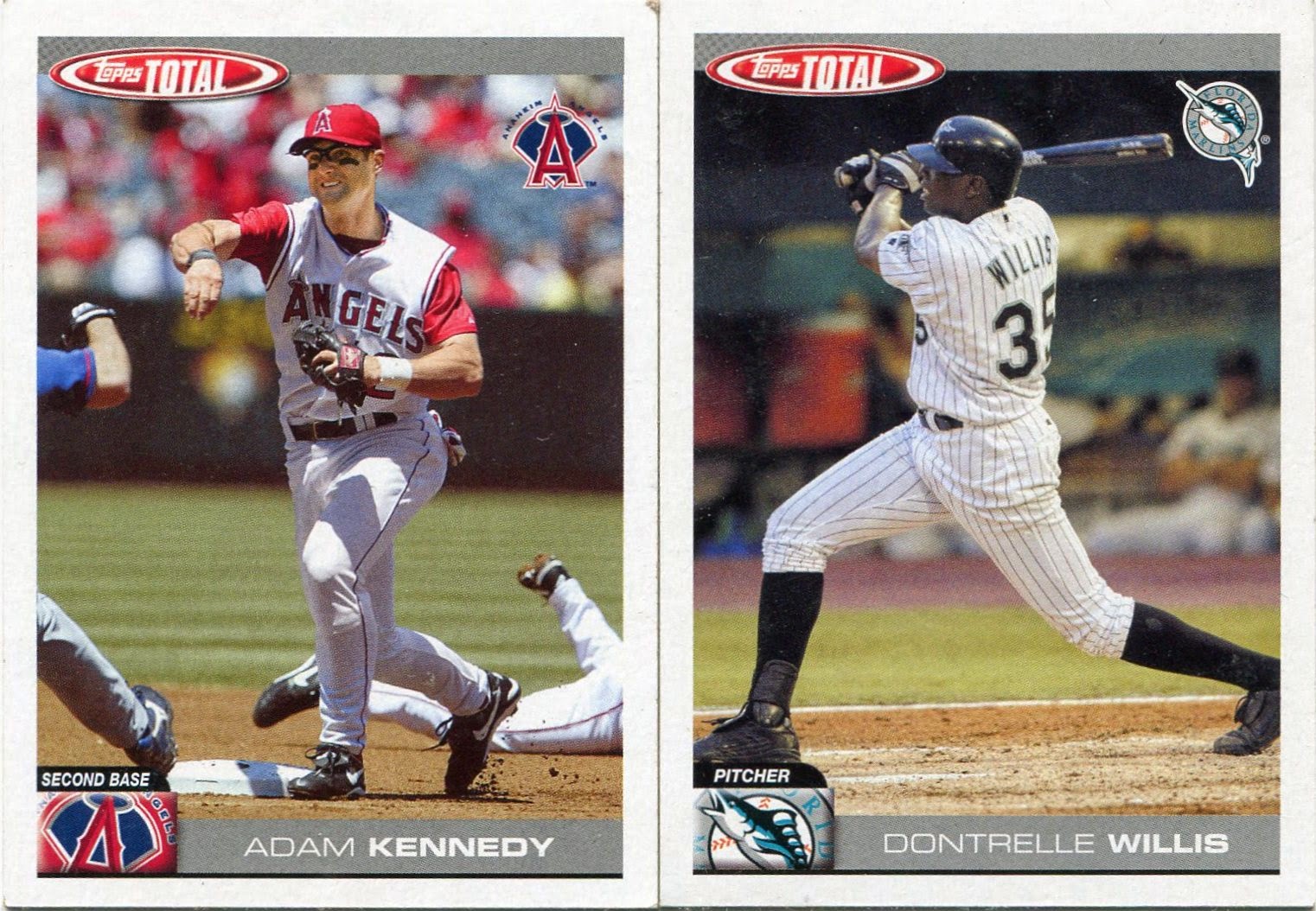 Besides being awesome adds to my "double dip" and "pitcher at the plate" mini-collections, what do these two have in common?

They're both from Topps Total.

Just bring the damn set back already, Topps. It'd help win back the trust of a lot of collectors. Besides, you'd be surprised at how much money a low-end, 99-cent-per-pack checklist could net you.

Every collector in the blogosphere. 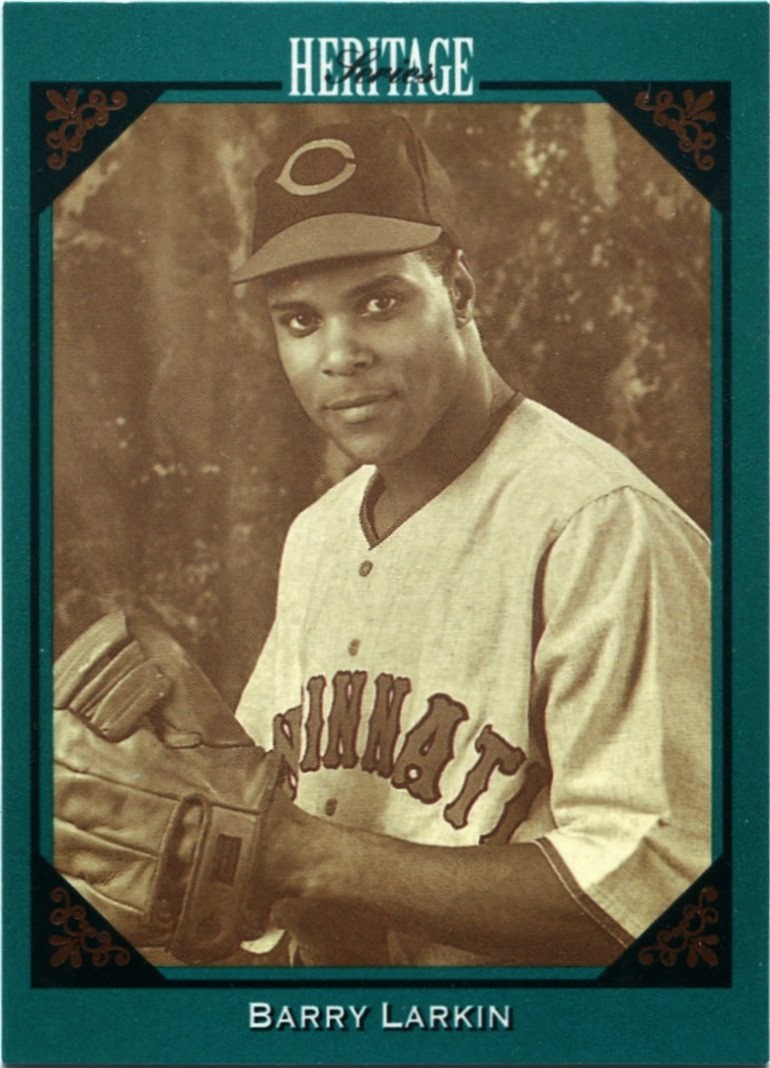 It is an unofficial goal of mine to get every single one of these epic "Heritage Collection" inserts.

They're some of the better-kept secrets of the overproduction era. 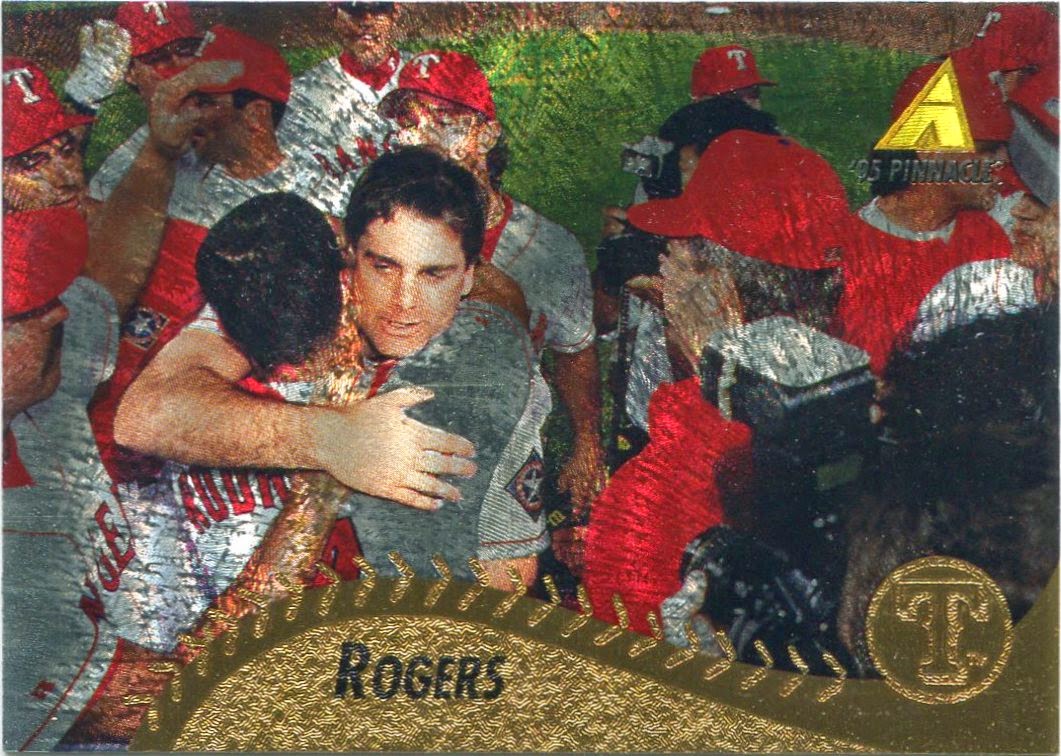 This is one of those cards that is bound to make your jaw drop.

Although I pride myself on trying to find the very best photography has to offer in this hobby, I can honestly say that I'd never seen this one before Alex sent it along.

As a "Museum Collection" parallel from '95 Pinnacle, this shot captures the joyous aftermath of Kenny Rogers's 1994 perfecto against the Angels.

I'll certainly be on the hunt for the base version in the future.

Though he may not have had a place for them in his own collection, Alex gave these cards a good home with me. I welcomed them into my binders with open arms.

That's what's so great about this hobby.

One man's trash can indeed be another man's treasure.
Posted by Nick at 3:57 PM

Amen on the Topps Total sentiment! That would make my collecting so much easier!

Make note of my prediction.

That Gonzo Bat Barrel is awesome ! Looks like the bat is live in person, just so LIVE

Glad you liked them. There will probably be some more headed your way soon too.