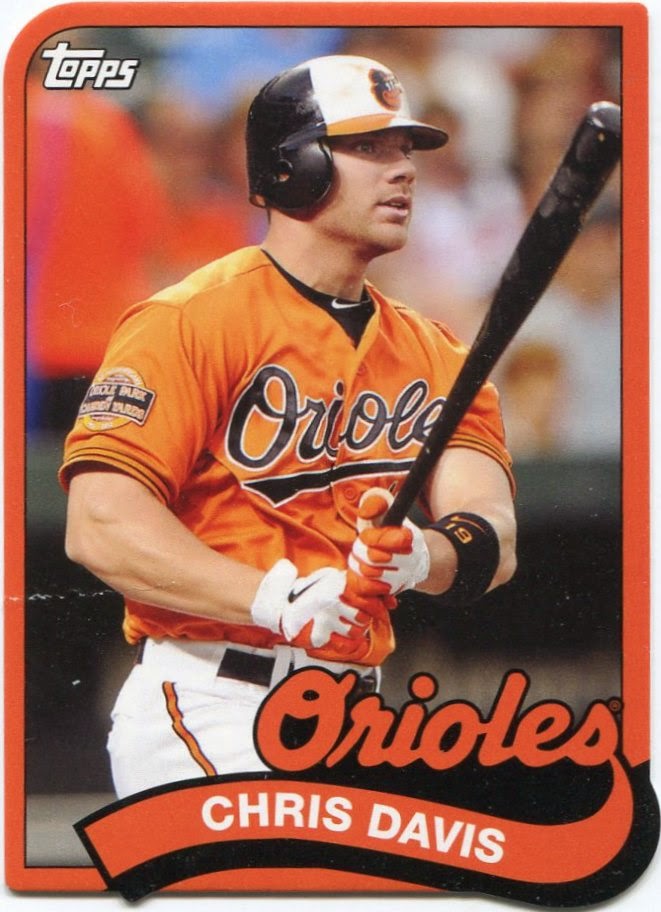 Where do I even begin to tell the tale of the PWE?

When I began my online baseball card experience on the trading forums long ago, I shipped every trade in a bubble mailer. It didn't matter whether it was one card or a hundred.

At some point, though, I was hipped to the existence of the PWE. And I've been thankful ever since.

For just a single stamp, a PWE (short for "plain white envelope" in non-collector speak) can send another collector a healthy mix of cardboard. With the rapidly rising shipping costs for bubble mailers these days, the envelope has become more and more of a godsend.

In fact, I've had quite a few envelopes of gold hit my doorstep lately.

One came from Kerry of the terrific blog "Cards on Cards". He recently pulled this creased Chris Davis mini from a pack of this year's Flagship. (You can see it on the left side of the card.)

Although it's a blatant error on the part of Topps quality control, I don't usually let condition get in the way of cards I want.

I asked Kerry if he wouldn't mind sending Mr. Davis my way. 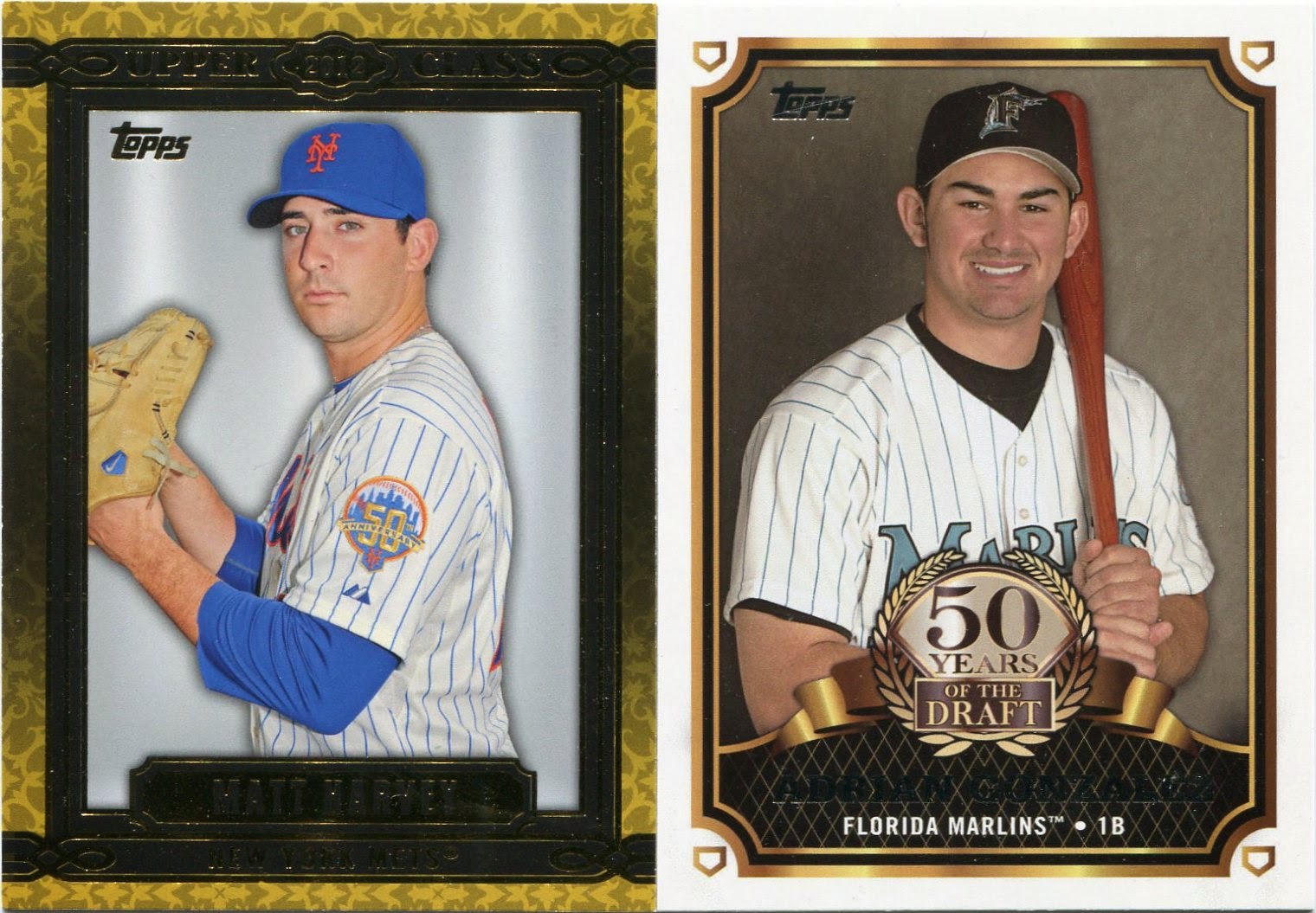 He graciously obliged, and even threw in a couple buddies to accompany Davis on his trip.

Kerry hit a couple more of my 2014 insert needs with these two.

The Gonzalez just happens to be a new hit for my "zero-year" collection as well. 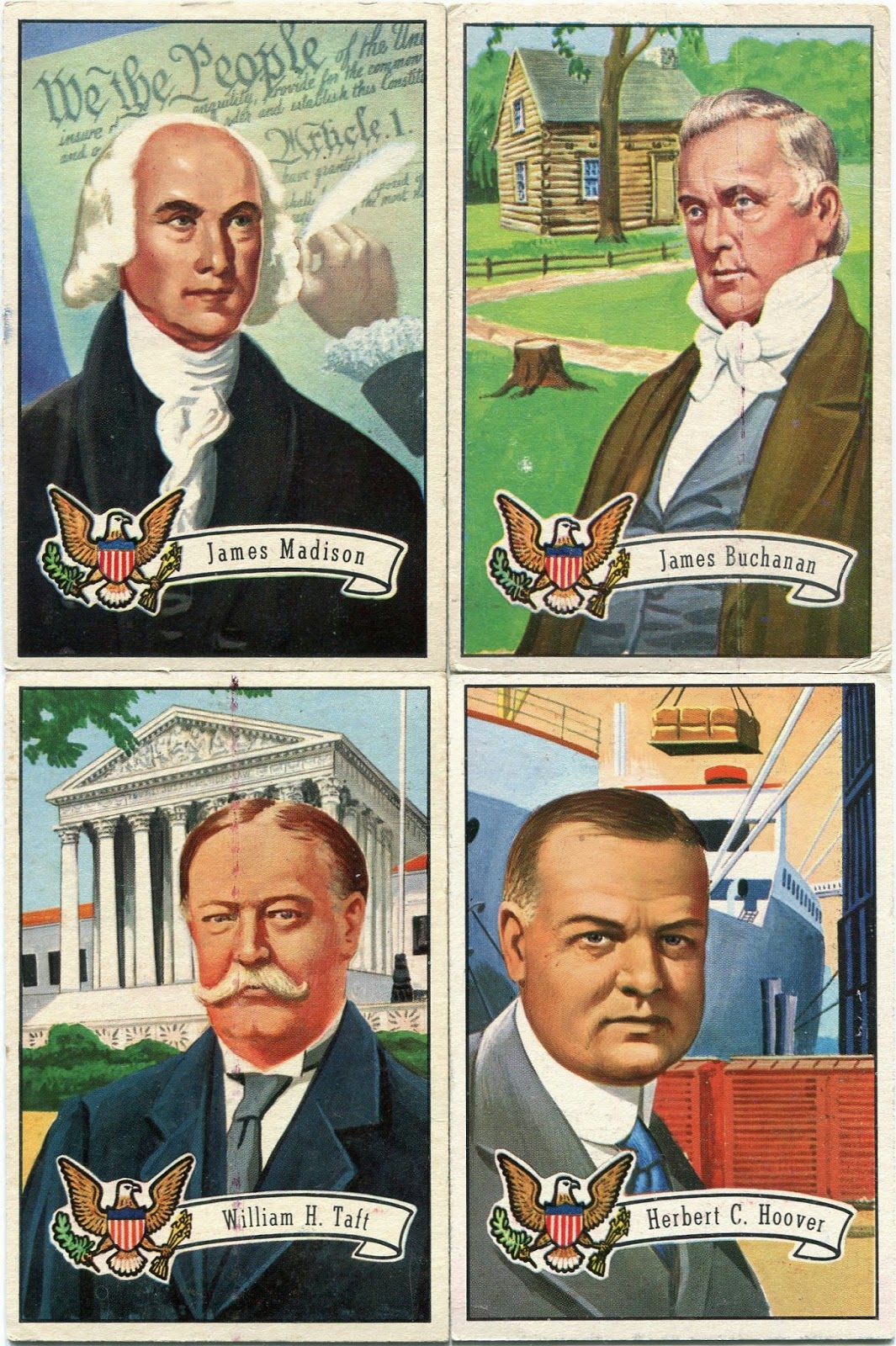 Out of the blue, I received a PWE from Adam of the awesome blog "ARPSmith's Sportscard Obsession" a little while ago.

Adam and I have been trading since the dawn of Dime Boxes, and I try to drop an unexpected package on him every now and then. This time, though, it was Adam who had the surprise.

I found a quartet of beautiful singles from the 1956 Topps Presidents checklist inside his PWE. Much like Topps's pre-1957 releases, these are slightly oversized. (That's the main difference between these and the '72 Topps Presidents offering.)

This is the type of set I wouldn't mind chasing. I can't imagine they'd be all that expensive, and a complete run would add an awesome notch to my Presidents collection.

Something to keep in mind. 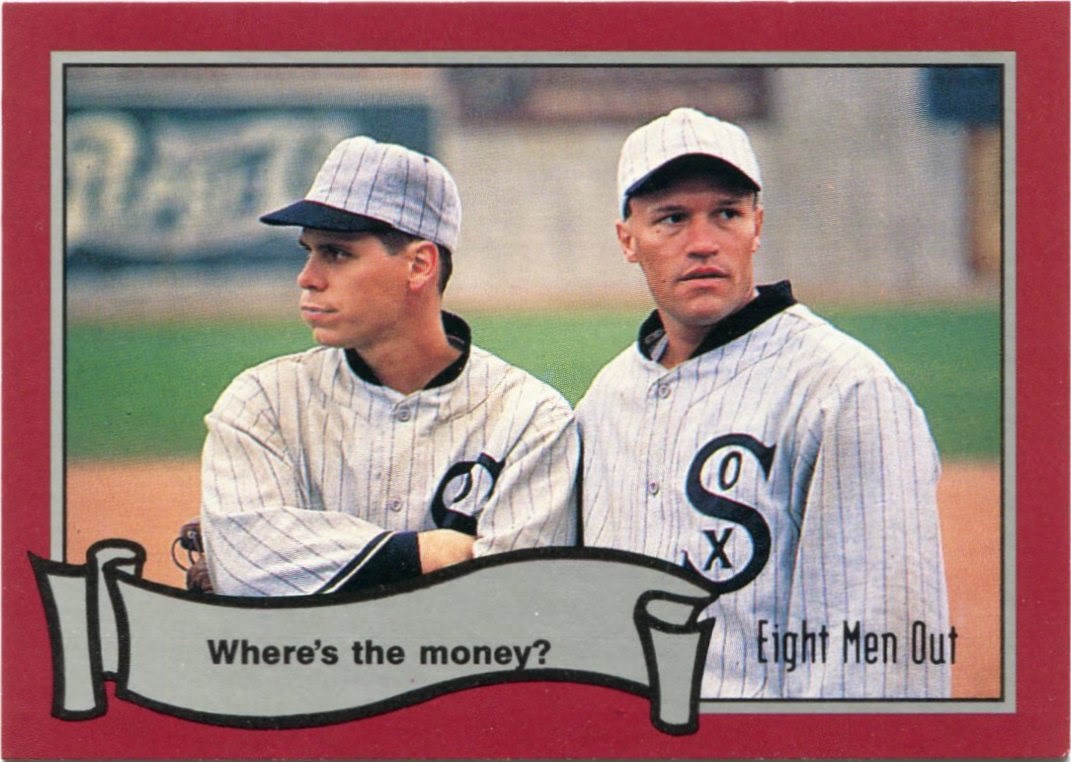 One new blogging buddy I've made in recent months is Tony, author of the spectacular "Off Hiatus Baseball Cards".

I've noticed some consistencies in the past few repacks I've purchased.

Every one I open seems to contain singles from both the 1988 Pacific Eight Men Out... 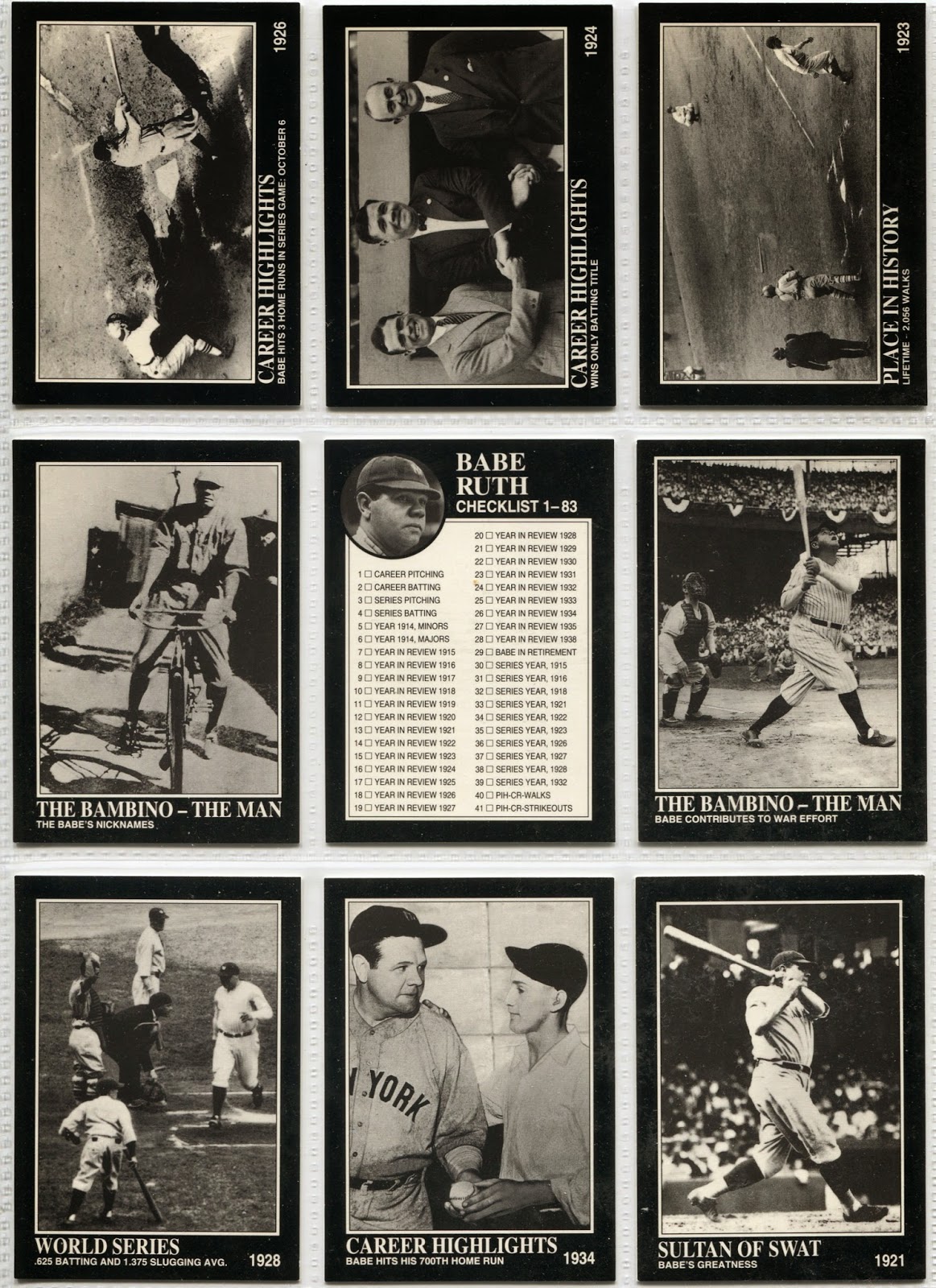 I guess Tony is as big (if not bigger) of a repack nut as me, because he said he'd noticed the same thing from his breaks lately. He even offered to send me all the Eight Men Out/Ruth singles he'd pulled.

Eight Men Out is still one of my favorite baseball movies ever made, and I've always been a big Babe Ruth fan.

It only makes sense that I'd want as many cards from these sets as possible. 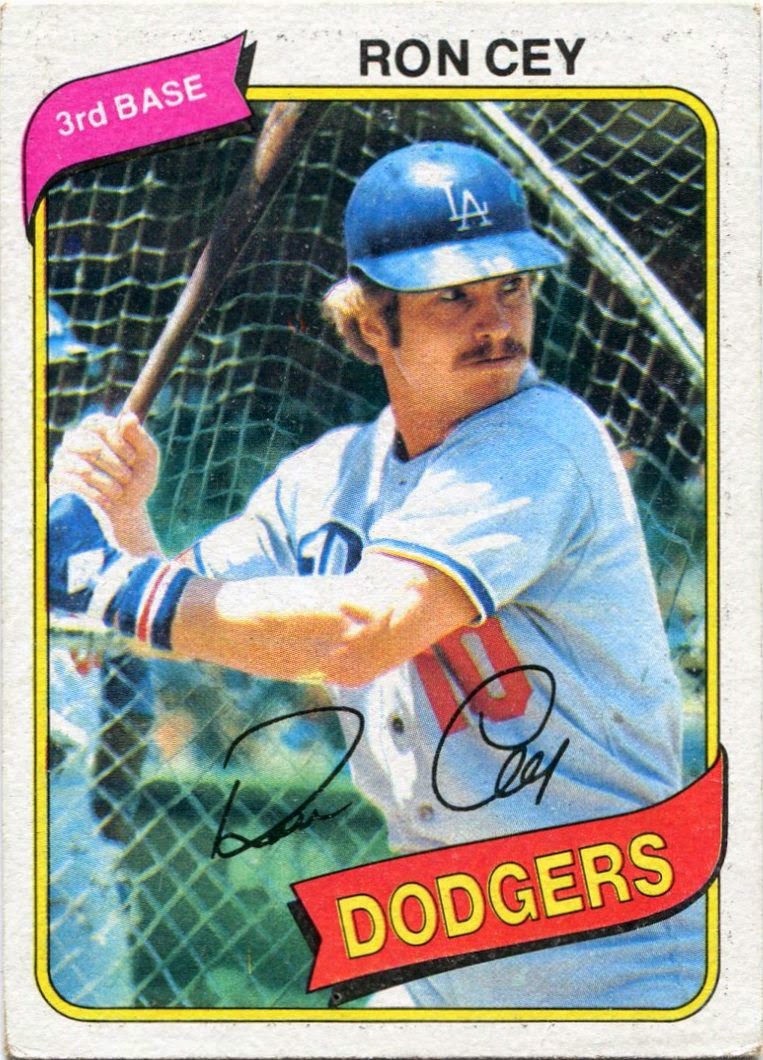 Better yet, Tony knocked out a "Dime Box Dozen" need with this one.

I'm now one step closer to having every single solo Topps card of Ron Cey, needing only his '84 Flagship issue to have the complete run from 1974 to '87. (Multi-player rookie issues aren't a huge concern for me.)

As you might guess, the '84 Topps "Penguin" will likely become a "Dime Box Dozen" need at some point down the road.

Unless, of course, someone has an extra they can spare. 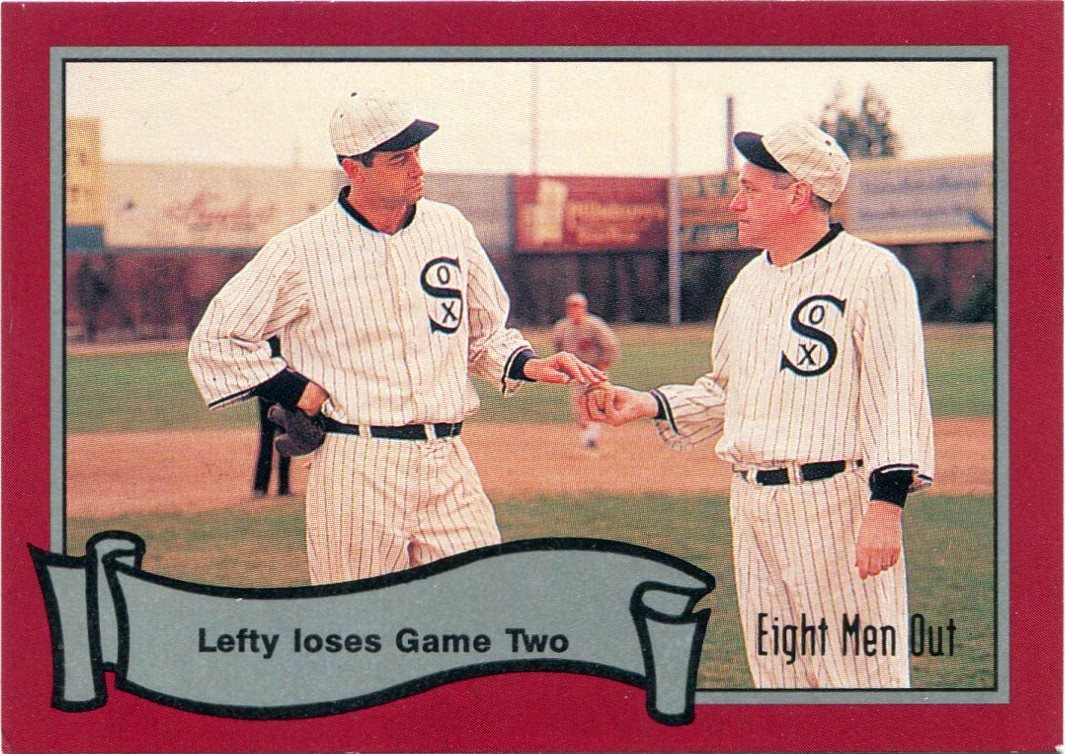 I guess my appreciation for Pacific's Eight Men Out set is getting around.

Jack (a.k.a. "Baseball Dad") of the great blog "All Tribe Baseball" included this beauty in a recent batch of cardboard he sent my way.

If anyone else has any of these they'd like to unload, I'd be more than willing to take them off your hands. 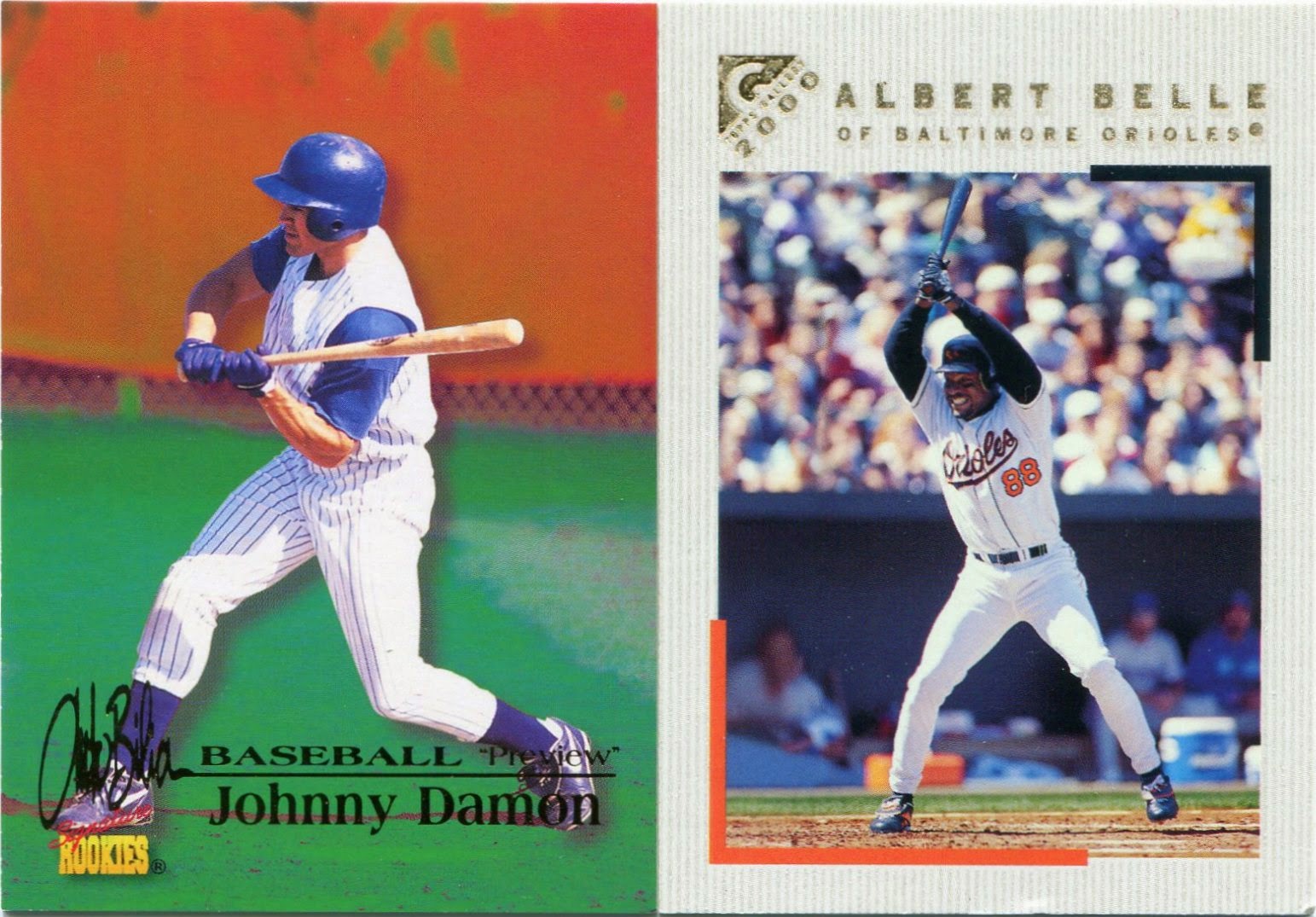 Between Johnny Damon oddballs and odd shots of Albert Belle, Jack sent along a bunch of randoms he thought I'd enjoy.

I'll certainly get a lot of mileage out of these two. 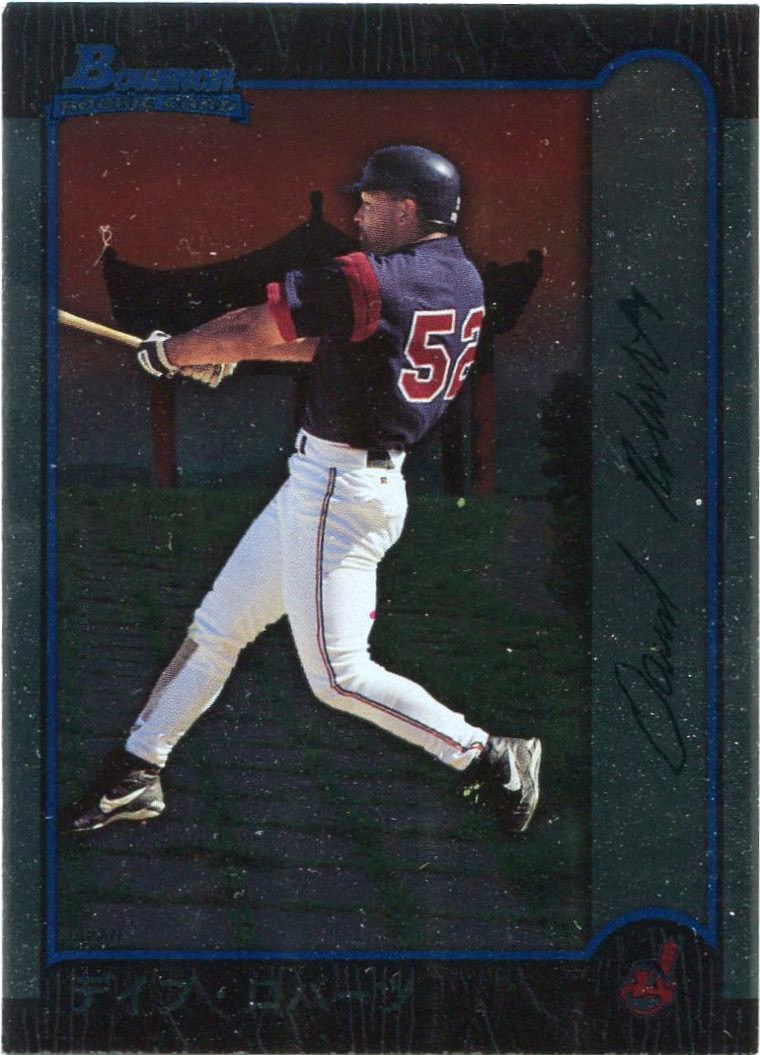 For me, though, this was the premier card from Jack.

Unfortunately, anything Bowman-related has a tendency to not scan very well. This one continued the trend.

Let me assure you, however, that this is a stunning 1999 Bowman International rookie of Dave Roberts. Though he doesn't have a ton of cards, I've always been a devoted collector of the speedster and current Padre coach.

Still, what made this particular piece stand out wasn't the front... 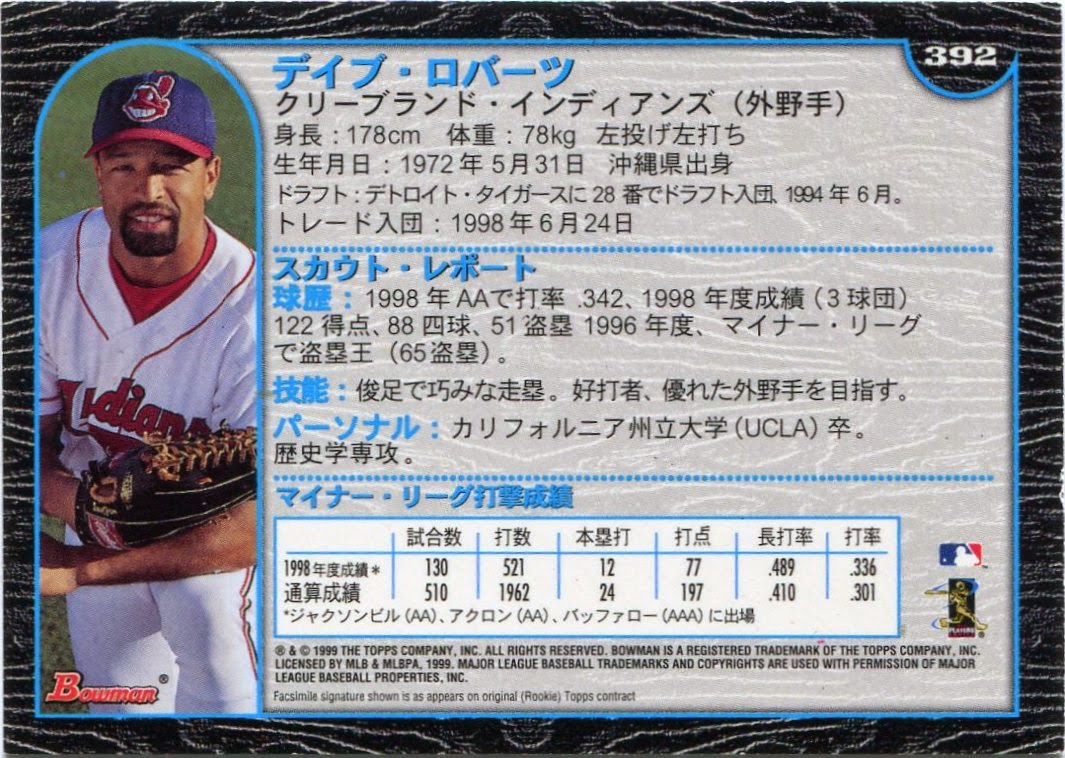 Though you wouldn't guess it from his name, Dave Roberts was actually born in Japan. Thus, this stunning International parallel has Japanese text on the flip side.

It's easily the new centerpiece of my Dave Roberts collection.

In a perfect world, I'm sure we'd all love to receive flat-rate boxes from our fellow collecting buddies every day of the week. Still, not every collector has the time and/or budget to put one of those things together.

That's why the envelope has found its niche in the trading community.

I think we can all agree that PWEs pack quite a punch.
Posted by Nick at 4:52 PM

I love sending out PWEs to folks. I'm glad you like the cards you got, and if I had known that you needed that Penguin from 84 it would have been in that same envelope!

Those president cards are very cool...go on and chase the set!

If nobody else is sending you that '84 Cey I will include it in the package I am putting together for you.

Love those 56T President cards. And thanks for sharing the Roberts. I'll have to track down one of those for my Japanese binder.