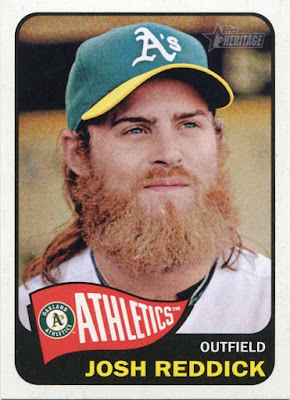 Today is my 24th birthday.

The fact that I'm actually writing a post today, as you may have noticed, is something that's become a rare event around here. I've fallen into another blogging funk lately, and, unlike my last shutdown which was due to new time crunches, this one is thanks to a plain old lack of blogging motivation, and one that, I'm sorry to say, feels a lot more permanent.

My passion for collecting is still going strong, but I'm finding it harder and harder to extract joy out of the hobby's supplemental activities such as blogging, scanning, cropping, etc. I'm not exactly sure what brought about this sudden fog, but my drive to blog has whittled down to next to nil.

Don't worry, though. I'm still reading and commenting when I can. I'm still sending out trade packages when I can (and I wholeheartedly appreciate all the ones I've received during my hiatus). And I'm still a member of my local collecting community, hitting card shows when I can. (Maybe I can meet up with Jeff and/or Tony at a nearby gathering once I get off this weekend-heavy work schedule.)

Basically what I'm saying is: I'll still be around to connect with this awesome community, whether through trades or comments or just plain readership. It's just that instead of being front-and-center in the class photo, I'll be the bystander in the back who accidentally wandered into the picture.

I may post here and there from this point forward, but I honestly don't see myself attempting a full-on return anytime soon, if ever. I wouldn't call it a retirement, but I guess this is somewhat of a farewell.

In the meantime, I'll just be over here coming to grips with the fact that I'm officially in my mid-20s now.

At least I'll have my baseball cards for support.
Posted by Nick at 5:30 PM 30 comments: 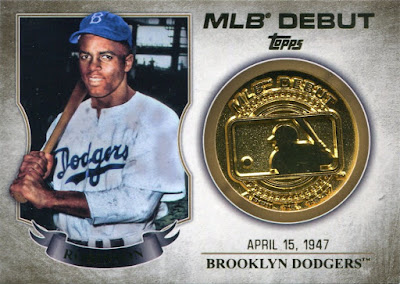 (Think of this post as a 2016 Topps movie with an overdubbed director's commentary.)

(Sorry for another prolonged hiatus.) 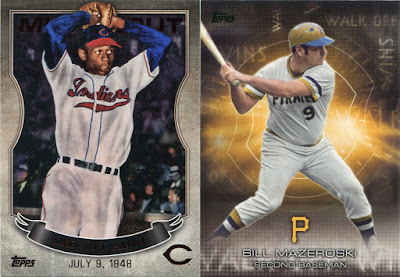 (Dad supplied my first taste 2016 Topps for me the other day in the form of a blaster and some loose packs.)

(He's actually been working a side gig at his local Target lately.)

(He gets to straighten and stock the card shelves: one of his jobs was to -- you guessed it -- put out the brand-spankin'-new 2016s earlier this week.) 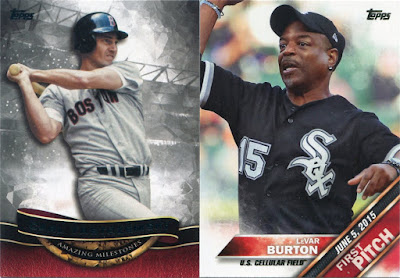 (I checked my local Target on Monday, Tuesday, Wednesday earlier this week to no avail.)

(Apparently the pimply-faced teenagers who work there can't be bothered.) 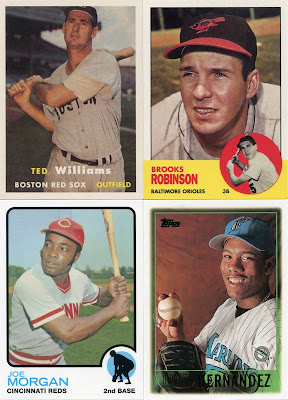 (I may be in the minority, but I'm glad reprints are back.)

(Although it does feel odd pulling a reprint of a card from 1997.) 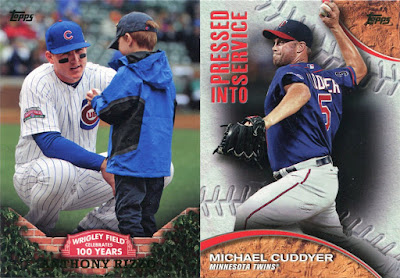 (I think Topps reads my blog.)

(Why else would there be insert sets devoted to Wrigley Field and position players pitching?) 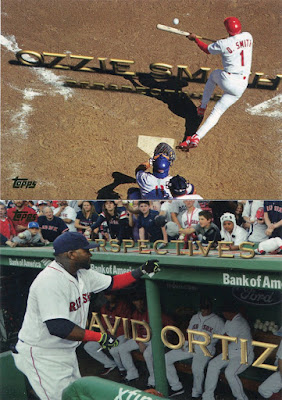 (Because holy heck are these nice cards.) 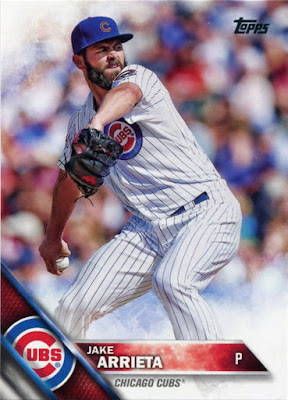 (Not a fan of the clouds or the fractured team logos.)

(Plus I'd rather baseball cards not look like my high school Graphic Arts projects.)

(I sucked at Graphic Arts.) 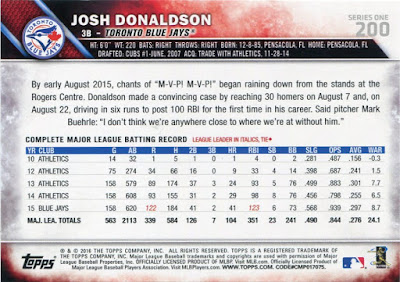 (The backs are almost exactly the same as last year's.) 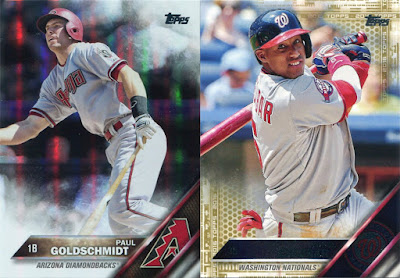 (Parallels are back and as average as ever.)

(The rainbow foils are barely even rainbowy, and the gold parallels now have a honeycomb effect due to the lack of borders in 2016 Topps.) 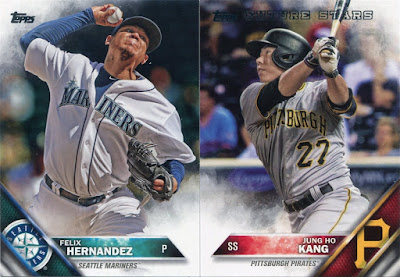 (Topps needs to take a step back, and I mean that literally.)

(Like the past few years, way too many zoomed-in game-faces in this year's Flagship.)

(Also not a fan of the return of the pointlessly-foiled FUTURE STARS headers.) 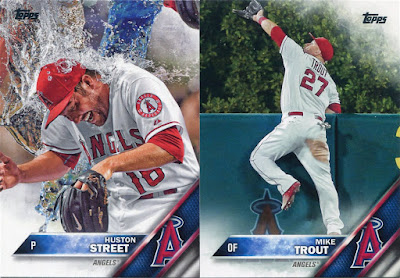 (But there were good cards.) 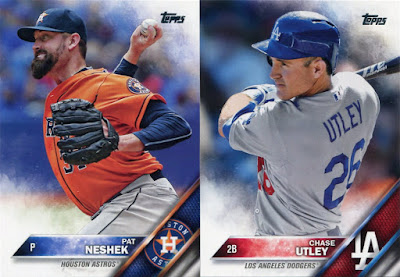 (I wonder if Pat Neshek -- a noted collector -- has ever pulled a card of himself?)

(Also, I'm pretty sure that's the first card of Chase Utley as a Dodger.) 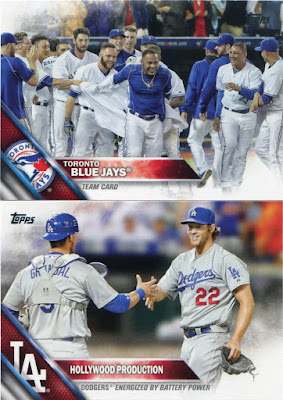 (The horizontal team/combo cards are superb this year.) 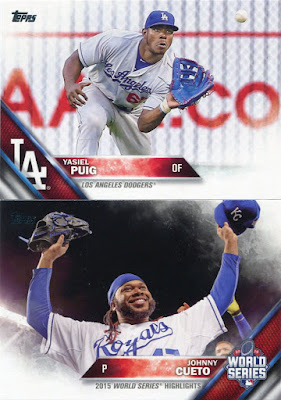 (A couple other personal favorites of the horizontal variety.)

(Topps could use more "hero" shots like the Cueto.) 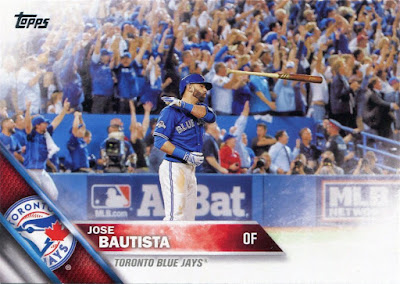 (VERY glad I pulled it on my own, because -- thanks to the national attention this card has been getting -- it's selling for highly inflated figures on the secondary market.)

(I'll be back with more complex thoughts if/when this blogging funk ever washes over.)
Posted by Nick at 6:00 PM 10 comments: