This is (not) the year 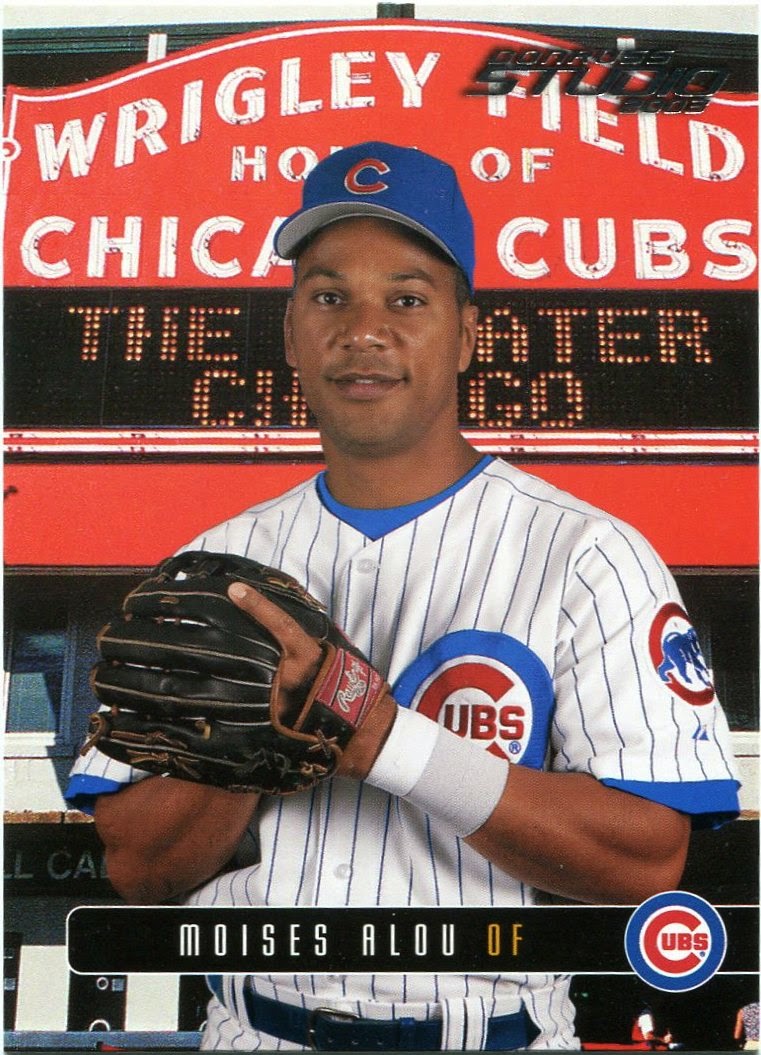 Being around Chicago, I'm sure you'll find a lot of Cubs fans that always seem to think that this year is the year. The year the curse ends. The year they win the Series. The year all is right with the world.

I'm not one of them. I know full well that this is definitely not the year. As of right now, the Cubs are one of baseball's doormats. People might rag on them a lot, but I can't say it's not justified.

I'd be surprised if the Cubs crack 70 wins this year. The fact that 2014 is Wrigley Field's 100th anniversary may be special, but this year's team looks anything but.

Even so, I'll still be sticking with the Cubbies all year. It might not be easy, but I'm a devoted fan.

Of course, the reason I bring up all of this now is because tomorrow is Opening Day!

Sure, there were those games in Australia last week and tonight's Dodgers-Padres contest, but let's face it. Tomorrow is the real Opening Day.

Unfortunately, I'll be stuck at school for most of it. While I may be able to catch bits and pieces of some games, I'm sure to miss the vast majority of the Cubs-Pirates opener in Pittsburgh. I'm not happy about it.

At least I'll be able to bask in the glory of a recent trade package sent to me by Mark of the Pirate-centric blog "Battlin' Bucs" in the meantime.

I'm fully prepared to see the Cubs take a lot of butt whippings from the Pirates this year. 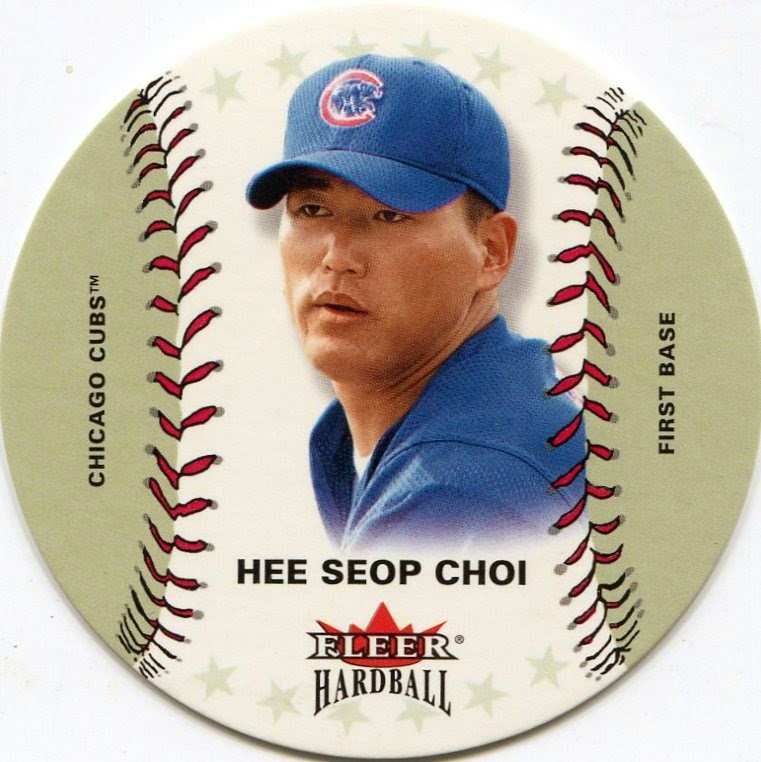 As a Cubs fan, I remember this guy well.

I can't say many of my memories of Hee Seop Choi are positive, but I sure was excited to see him play when he came over from South Korea in 2001. 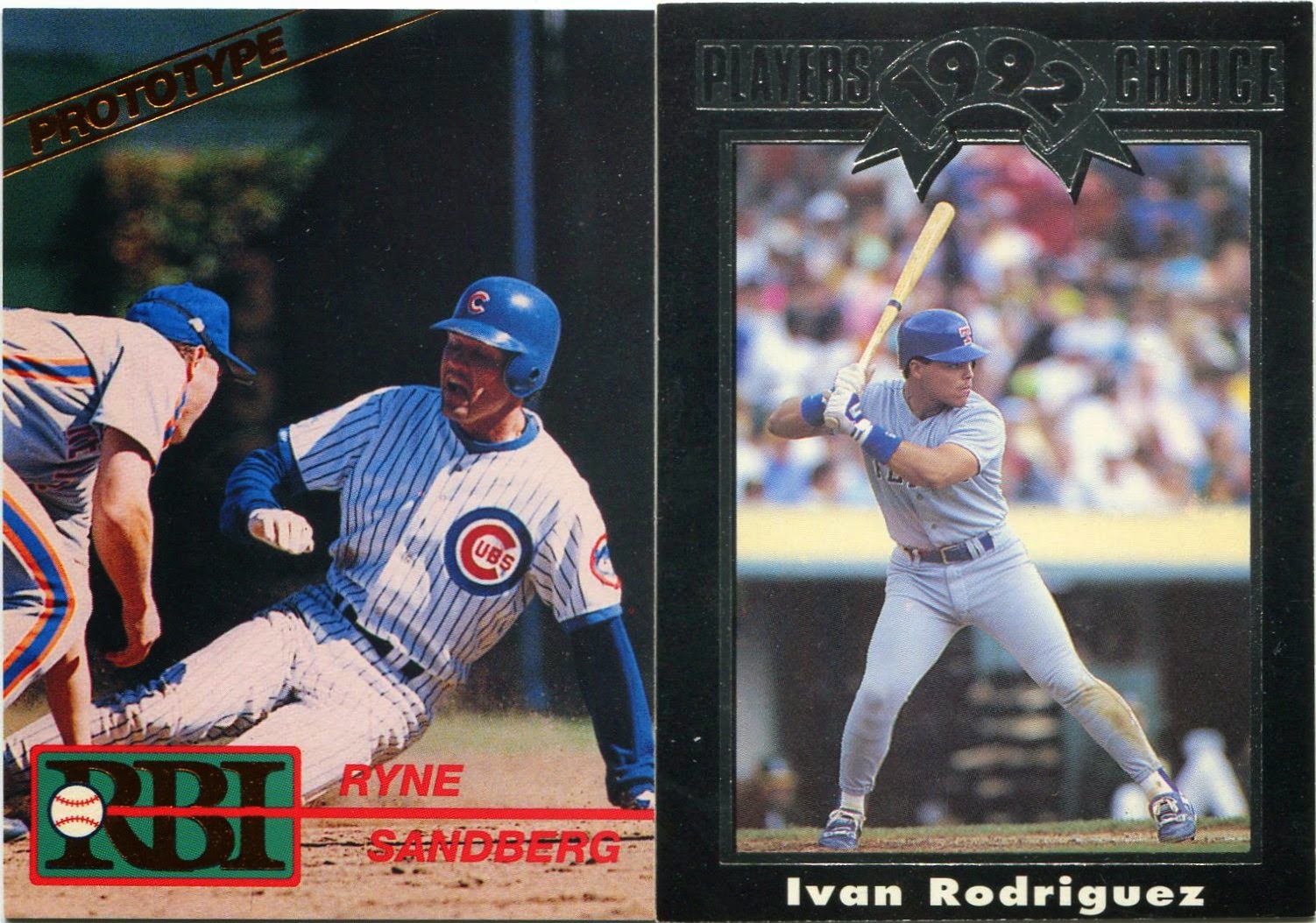 I'm especially fond of the Sandberg because of the intense action shot. You don't see that too often on oddballs.

If you ask me, the Cubs need at least one standout player. Even as a devoted fan of the franchise, I still have a tough time matching the names with the faces on occasion. I understand they're rebuilding, but I think it's been a bit too much of a revolving door lately. 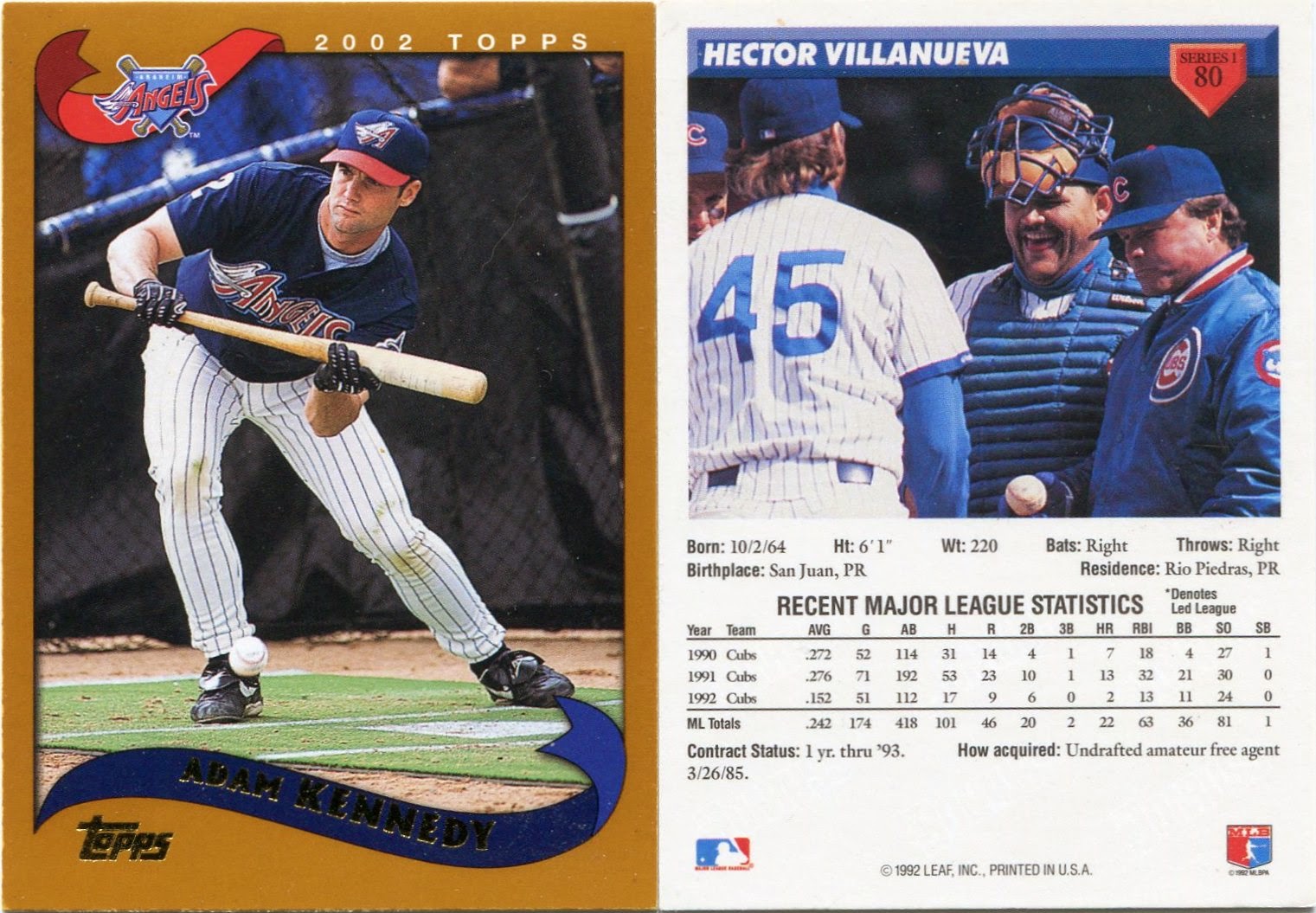 Though I've mentioned my interest in them in the past, I've never explicitly said I collect bunting or mound conference cards.

Still, that doesn't stop people like Mark from sending great ones over. Each new one I get inches me closer to declaring them as new mini-collections.

I'm not quite ready to pull the trigger yet. 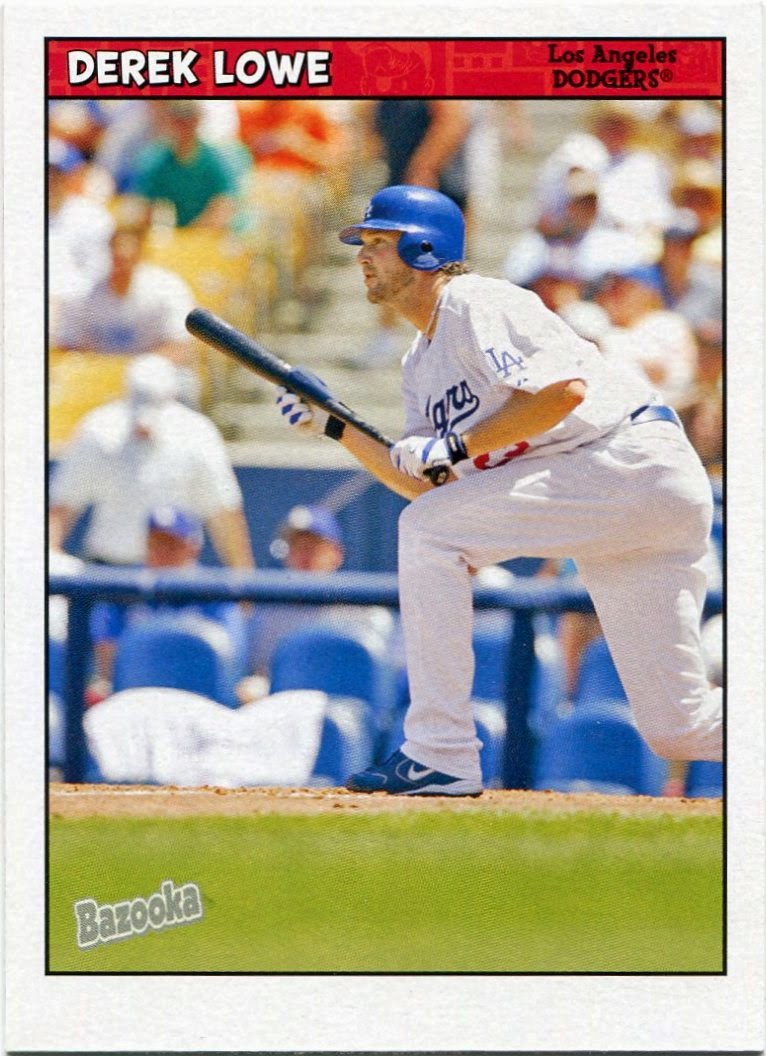 In the meantime, Mark did send along a few hits to my official mini-collections.

One reason I enjoy watching the Cubs so much is that I get to see pitchers hit. People can plug the universal DH all they want, but I'll always be an advocate for NL-style play.

Besides, you'd never get these great "pitcher at the plate" shots otherwise. 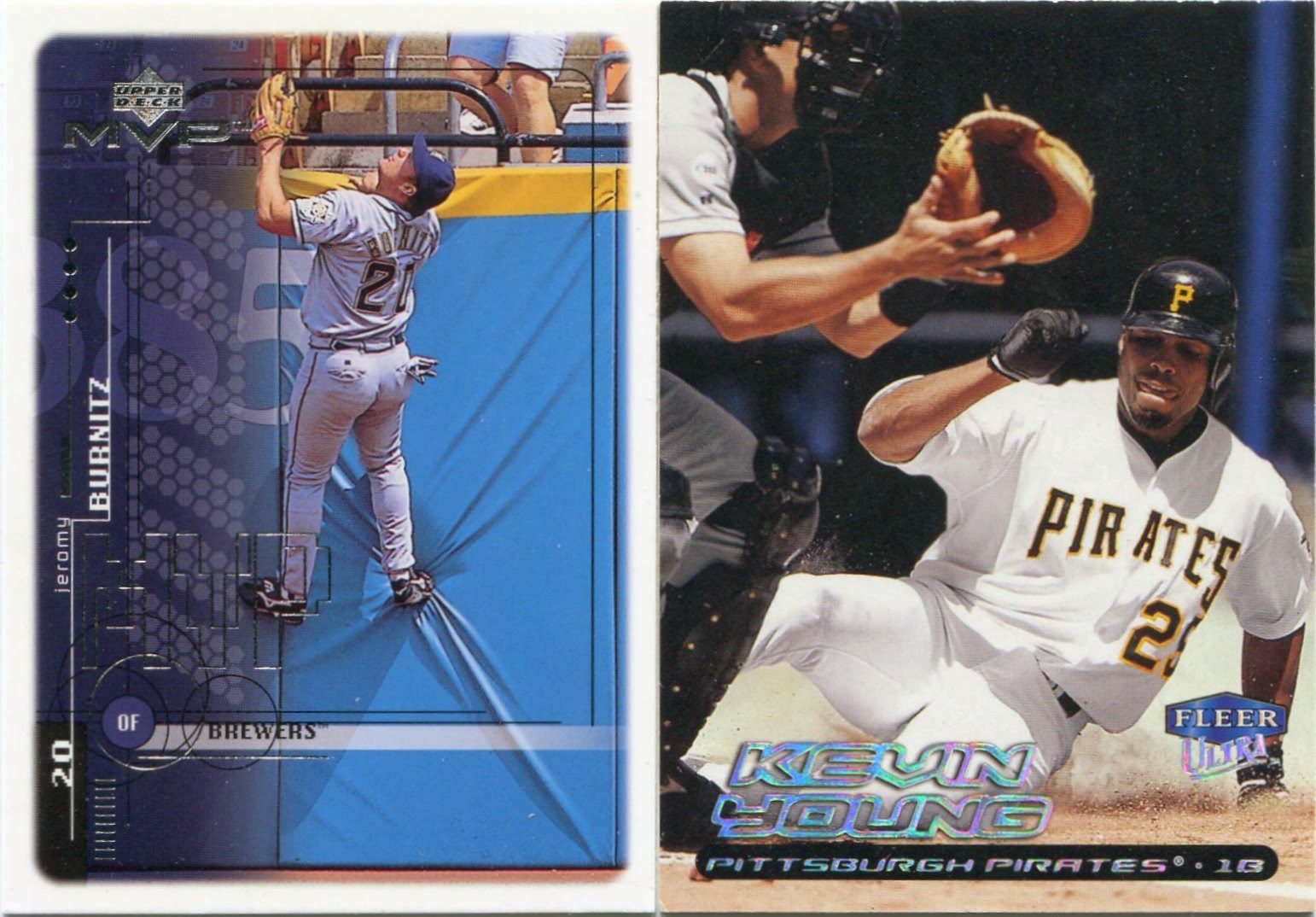 Also present were a couple awesome "at the wall" and "play at the plate" pieces.

I used to buy packs and packs of Upper Deck MVP when I was a kid, so I'll always have a bit of a weakness for them.

Looking back, though, their designs were pretty darn ugly. 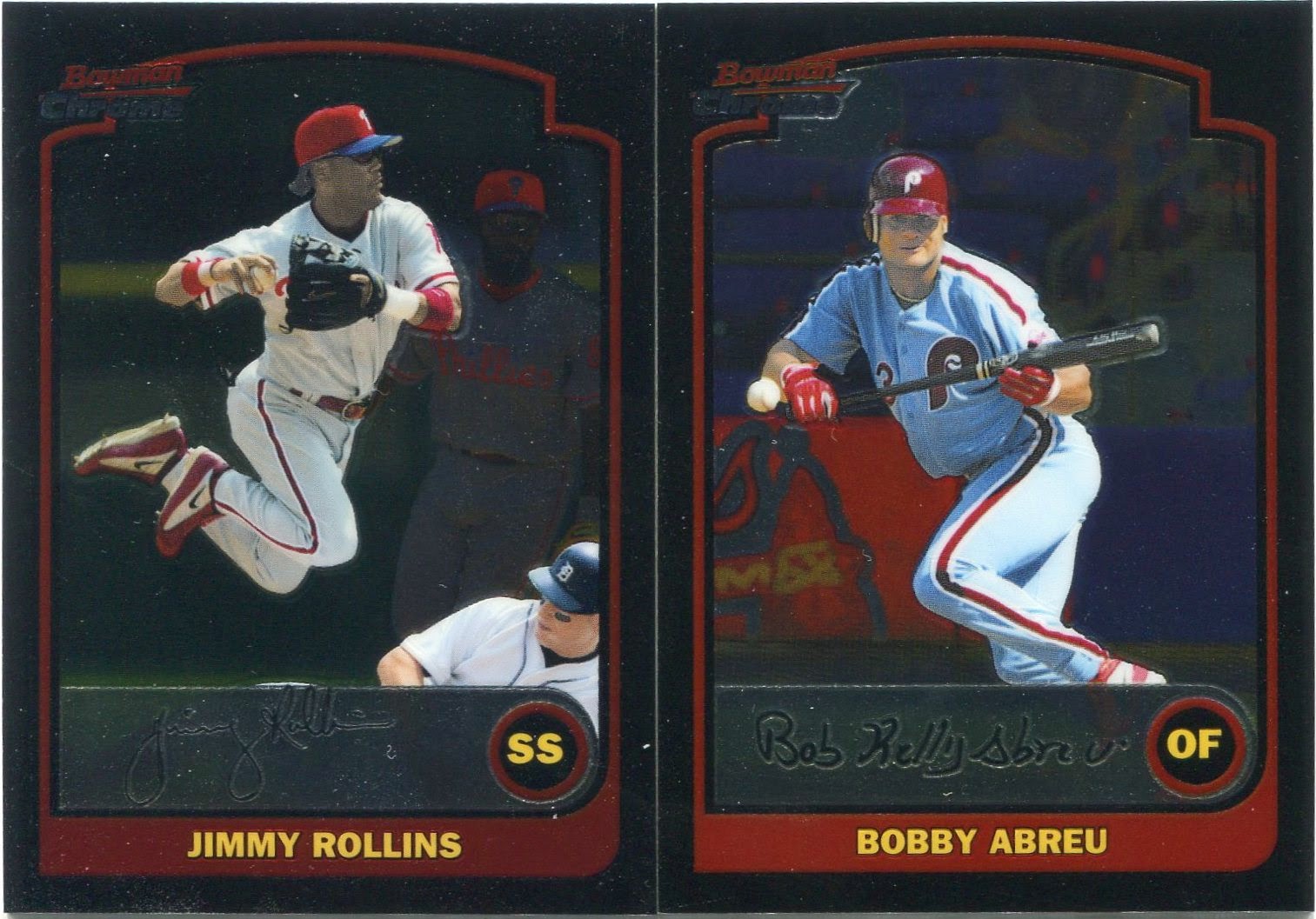 How about a couple Bowman Chrome beauties?

I'm usually apathetic towards anything Chrome-related these days, but I'll be darned if these aren't some sweet "double dip" and "throwback" hits.

With my OCD, though, I'll have to make it a mission to track down the base versions of each. 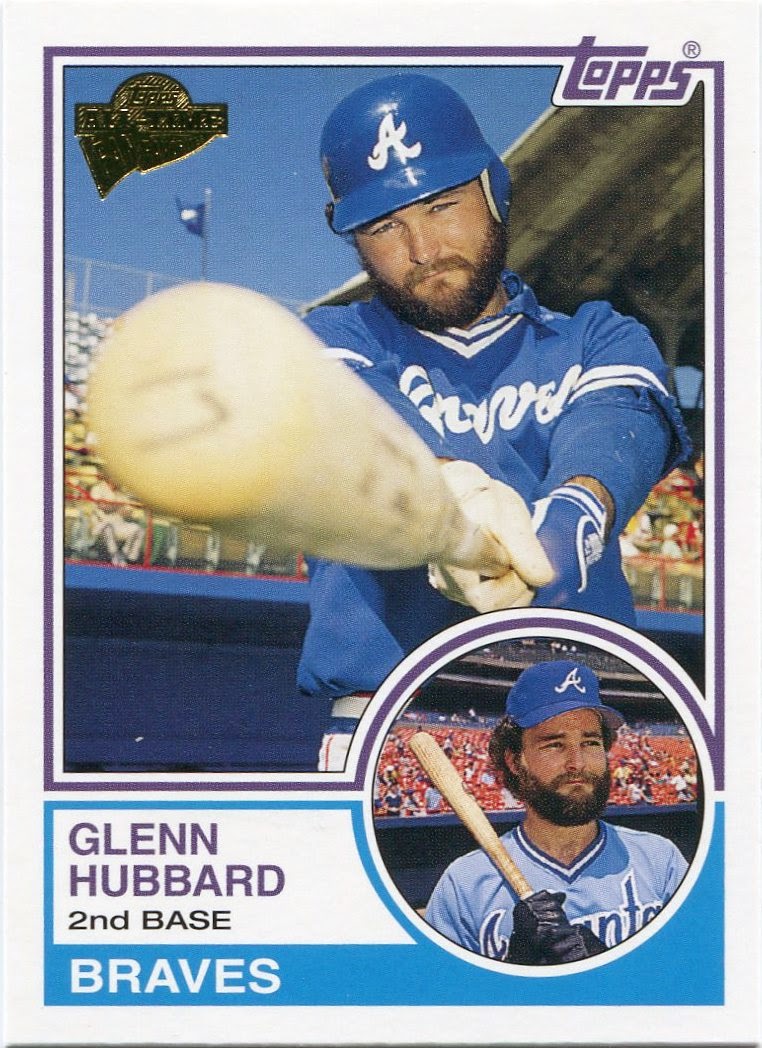 It's definitely one of the more bad-ass "bat barrels" you'll ever find. 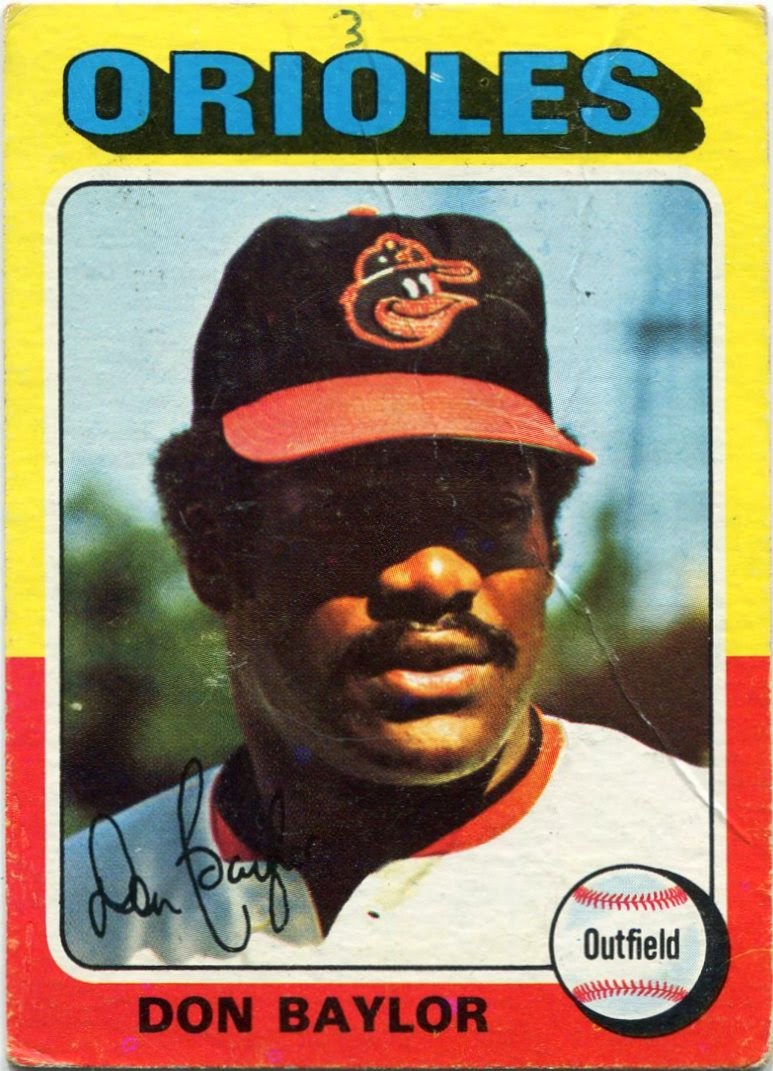 I vaguely remember when Don Baylor managed the Cubs.

He hasn't been at the helm of a big league club since the Cubbies let him go in 2014. He's the hitting coach for the Angels these days.

While my managerial memory of Baylor may be a bit fuzzy, that doesn't stop me from collecting cards from his playing days.

This '75 Topps issue was one of the more gaping holes in my collection before Mark sent one over. 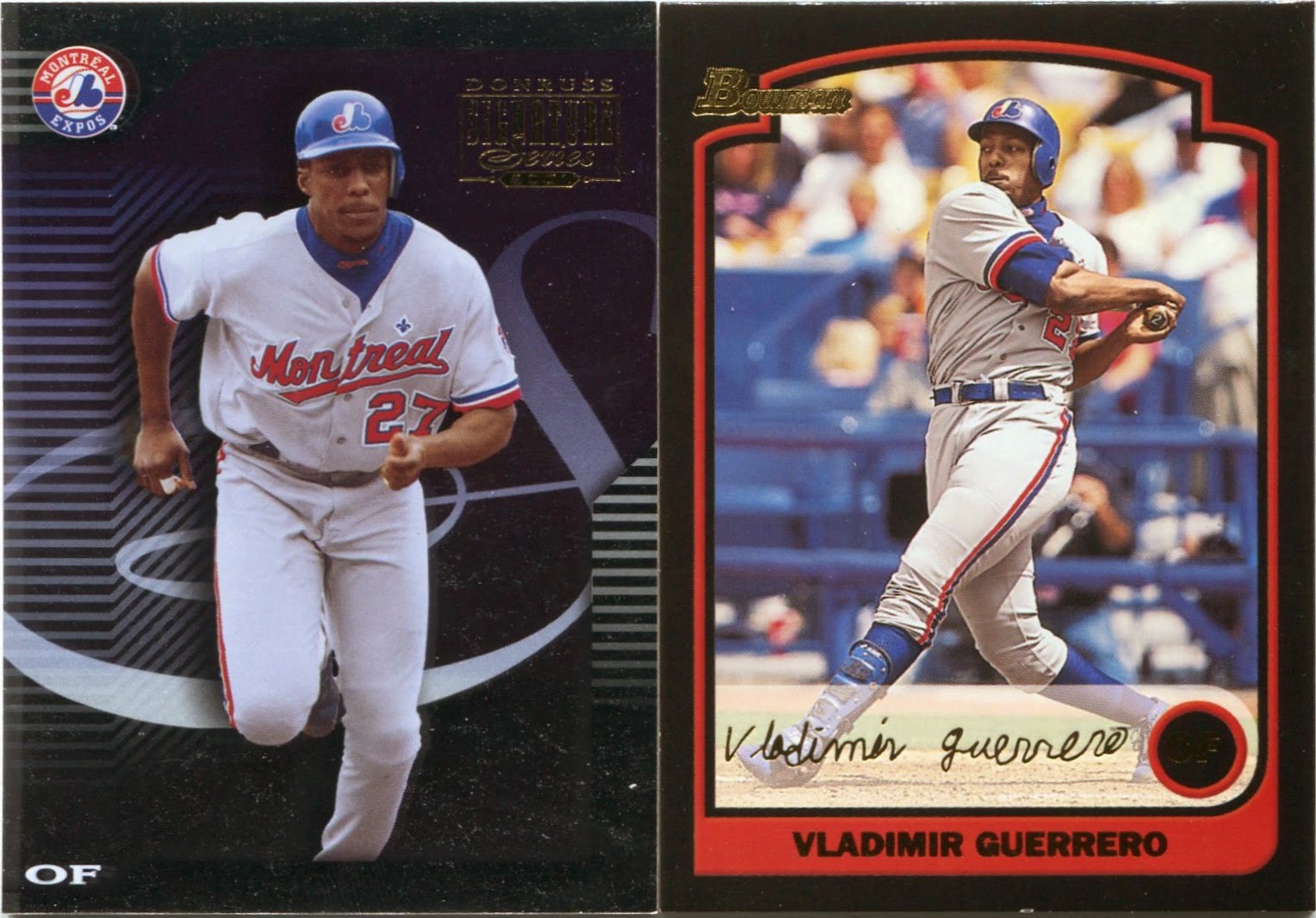 You can never go wrong with the Vlad-man.

I think he would've looked perfect in the Cubbie blue.

One can only dream. 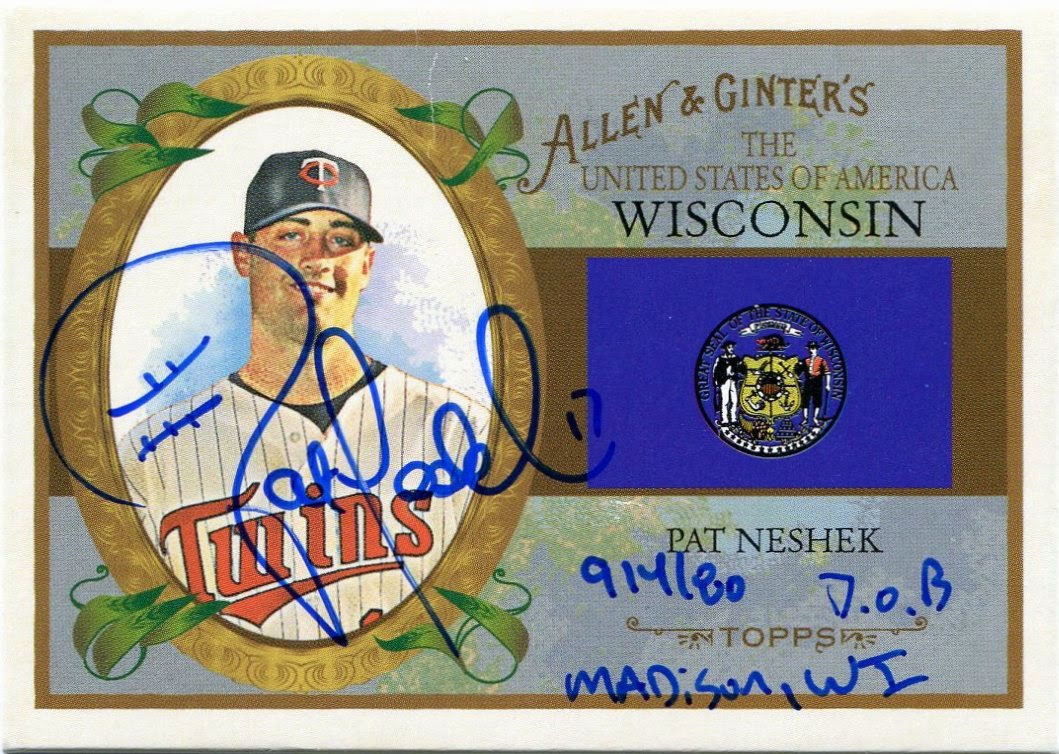 The crown jewel of yesterday's featured trade package was a Pat Neshek autograph.

As it turns out, the grand giveaway Mark had in store for me was another Pat Neshek autograph.

What are the odds?

It's awesome that not one, but two different bloggers thought of my new Neshek collection while putting together trade packages to send my way. They'll look spectacular next to each other in a binder.

With cards like these, I can forgive Mark for the inevitable beatdown his Pirates are going to put on the Cubbies this year.

Just you wait until 2020, though. The tables will be turned.

Totally agree with your assessment of our team. I'm hoping we'll be competitive as soon 2016 but you may be right. If Theo's lost his touch we may turn into the Pirates. It's just not fair.

Huh. I'm one of those people who could have sworn that Bunting was one of your official mini-collections. Guess I have a mountain of cards to take off of your trade stack. (Kidding.)

That Hubbard bar barrel is awesome! Can't ever go wrong with the '83 Topps design.

There was quite a bit of time when we always thought this year was the "year" as well. And eventually it was. It'll happen where you are too.

Pat Neshek is the guy I just sold his own card on eBay!