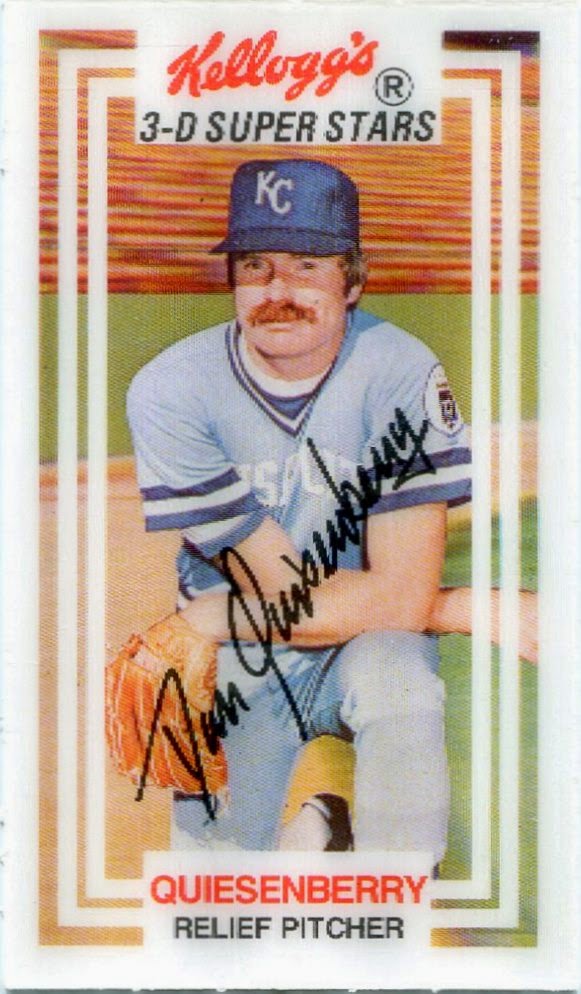 While picking through cheap Heritage and other modern cards was a blast, I had the most fun with my discount vintage digs on Saturday.

To me, it seems like the ways other collectors peruse bargain bin vintage is very methodical. Most people have their set lists or whatever and simply dig for cards that fill their needs.

I've never brought one of those lists to a show. Of course, the main reason for that is because I'm not a set collector. Along with that, though, I want to be up for whatever when it comes to discount vintage.

I'd say about 90 percent of the vintage-minded people I see at shows have lists with them. There doesn't seem to be many of my "up for whatever" kinds at these things. I did, however, encounter one of my own on Saturday.

One of the dime boxes I unearthed had a stack of Kellogg's cards inside. I'll repeat that again.

It doesn't get much better than that. 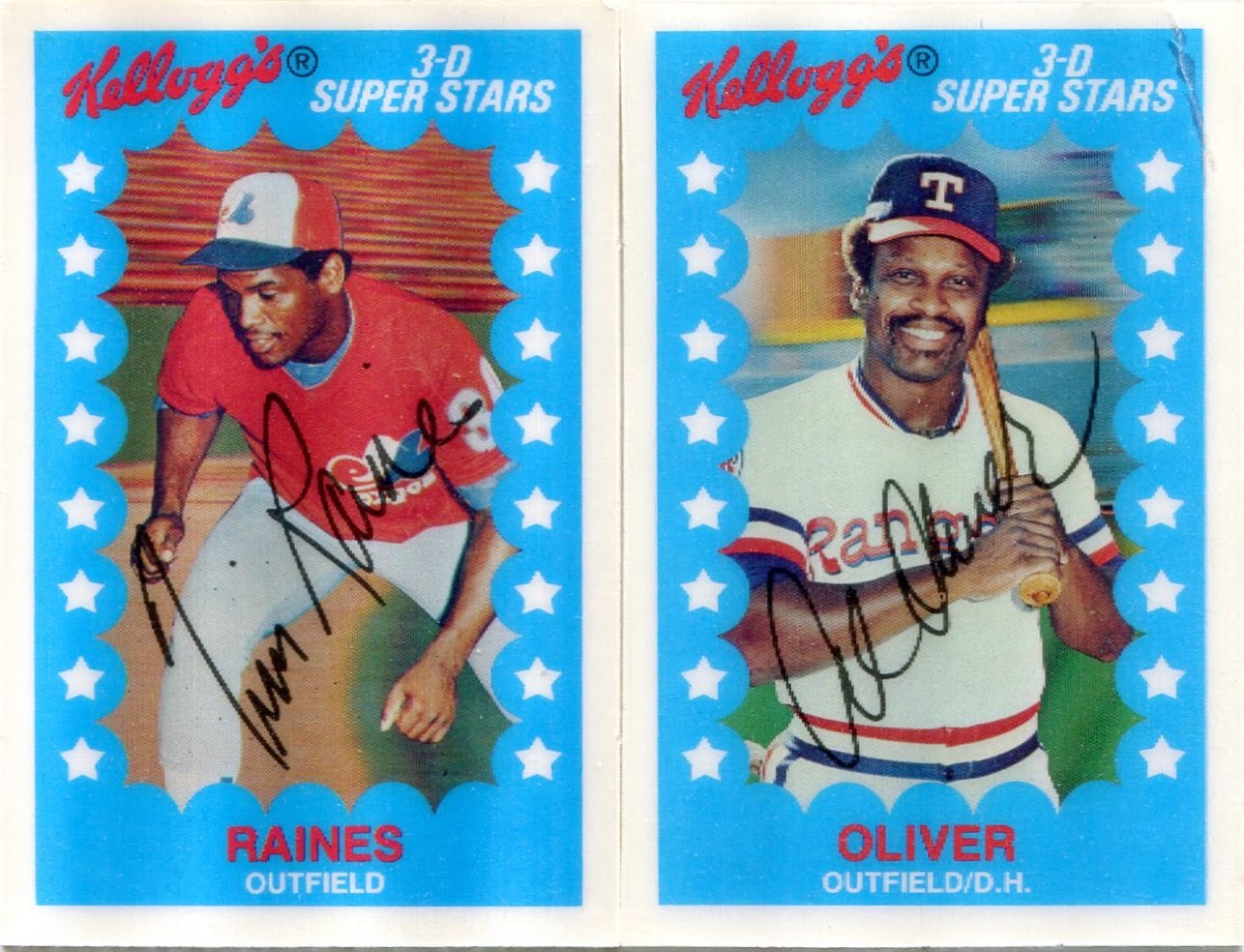 One of my goals for this show was to find me some Kellogg's, so it was pretty much perfect.

I scoped out a few of the ones I needed and went to dig through the vendor's other dime box treasures. Literally seconds after I finished up with the Kellogg's, another guy came up to me and asked about them. He must've caught a glimpse of all the 3-D cards I was holding.

Shortly after that, he bought the entire Kellogg's stack. I don't even think he looked through them. I guess he just enjoyed Kellogg's that much.

Still, had I found that vendor's table just minutes after I did, my quest for Kellogg's would've come up empty. I would've never found the likes of Quisenberry, Raines, or Oliver. And, as nice as it would've been to meet one of my own kind, I would've been pissed.

I guess I was just in the right place at the right time. 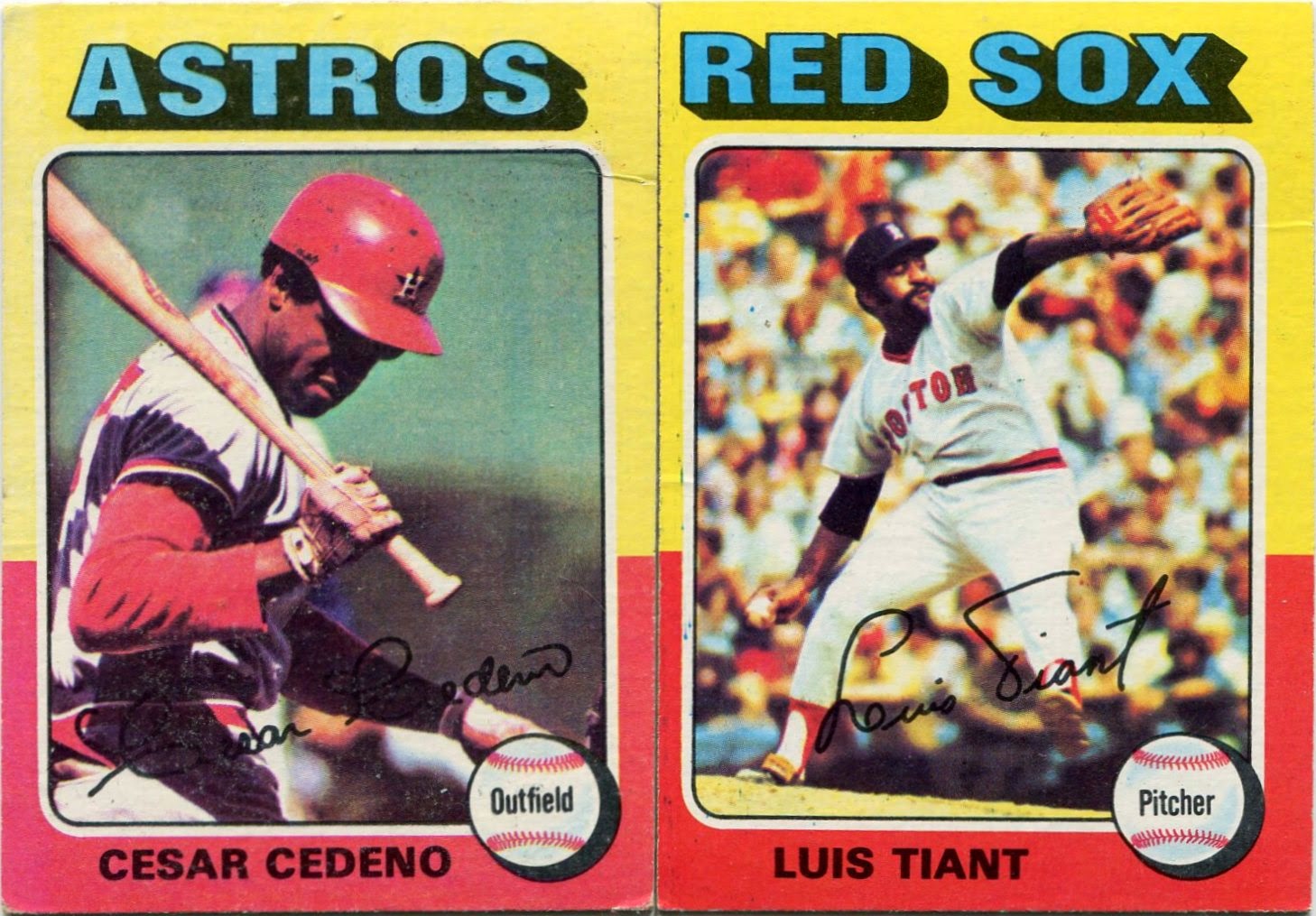 Those were far from the only vintage oddballs I found on Saturday, though.

Just days before this show, I was looking through my Red Sox binder and noticed that I hadn't yet found the mini for Mr. Tiant. I fantasized about how cool it would be to own a copy.

That fantasy came true on Saturday. 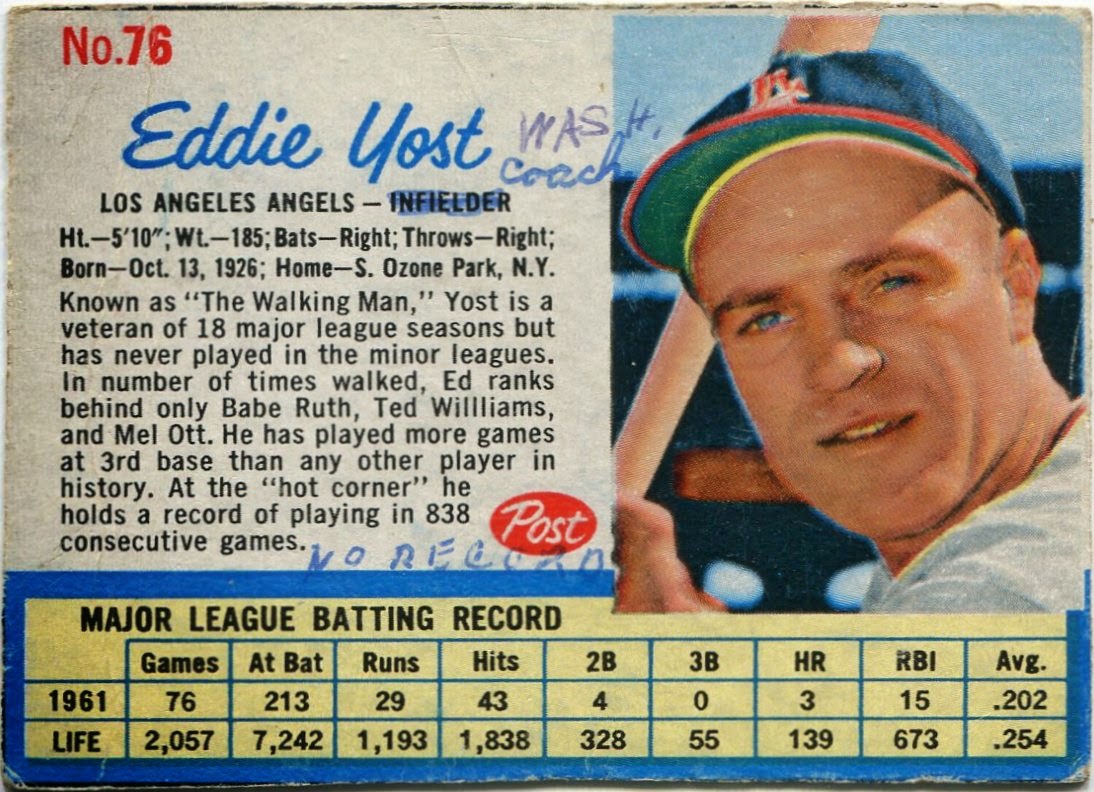 About halfway through the show, I managed to stumble upon a 3/$1 vintage bin.

Among the gems I found inside was this neat '62 Post Eddie Yost, a card that qualifies for my "sunset" collection.

At some point, a young collector updated this one to reflect Yost's position as a coach with the Senators. Note the "No Record" label at the bottom as well.

These "updated" vintage cards will always be fascinating to me. 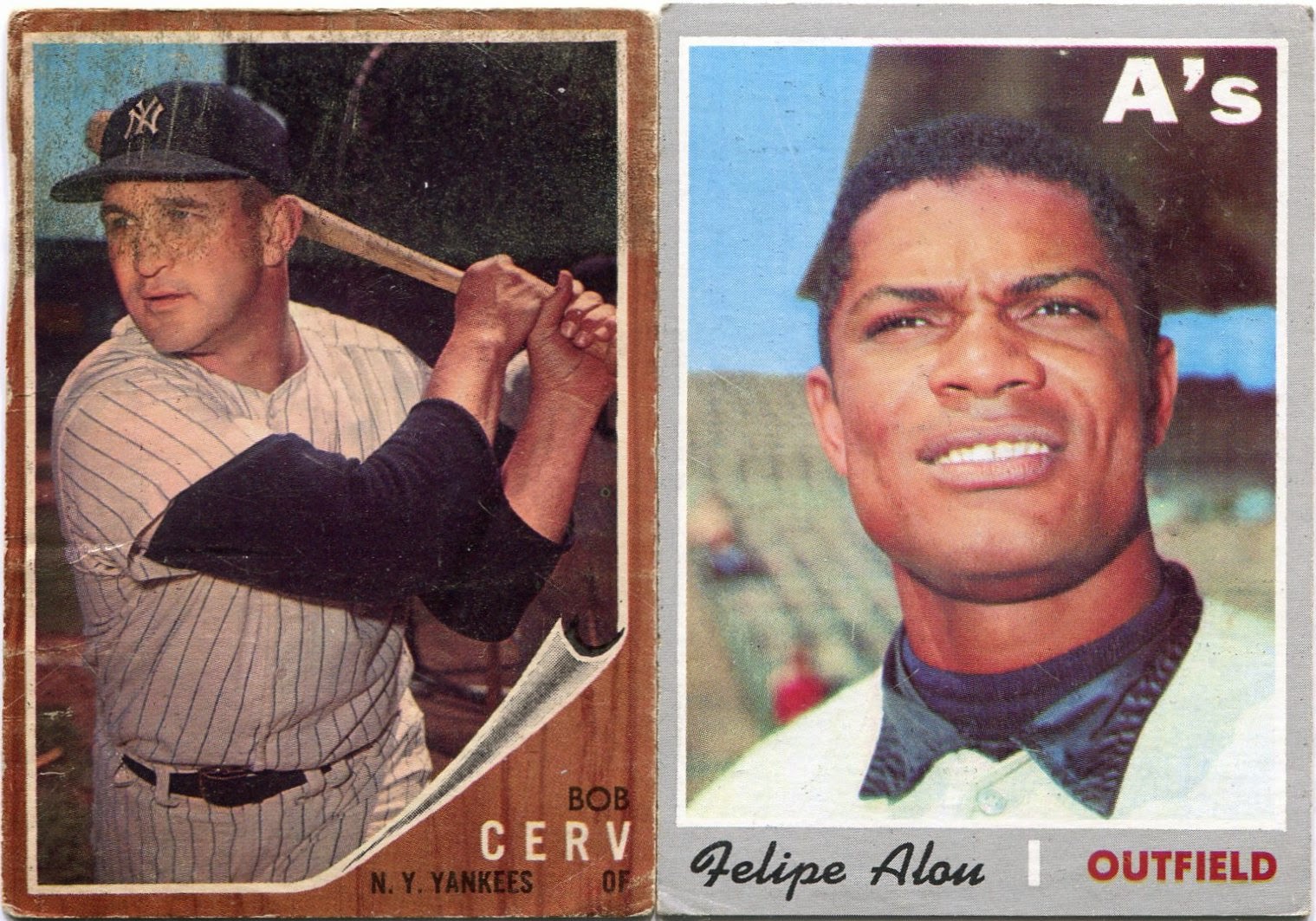 That Alou was actually in the lost Just Commons order I placed a couple months ago, so finding it in this discount box was especially sweet. 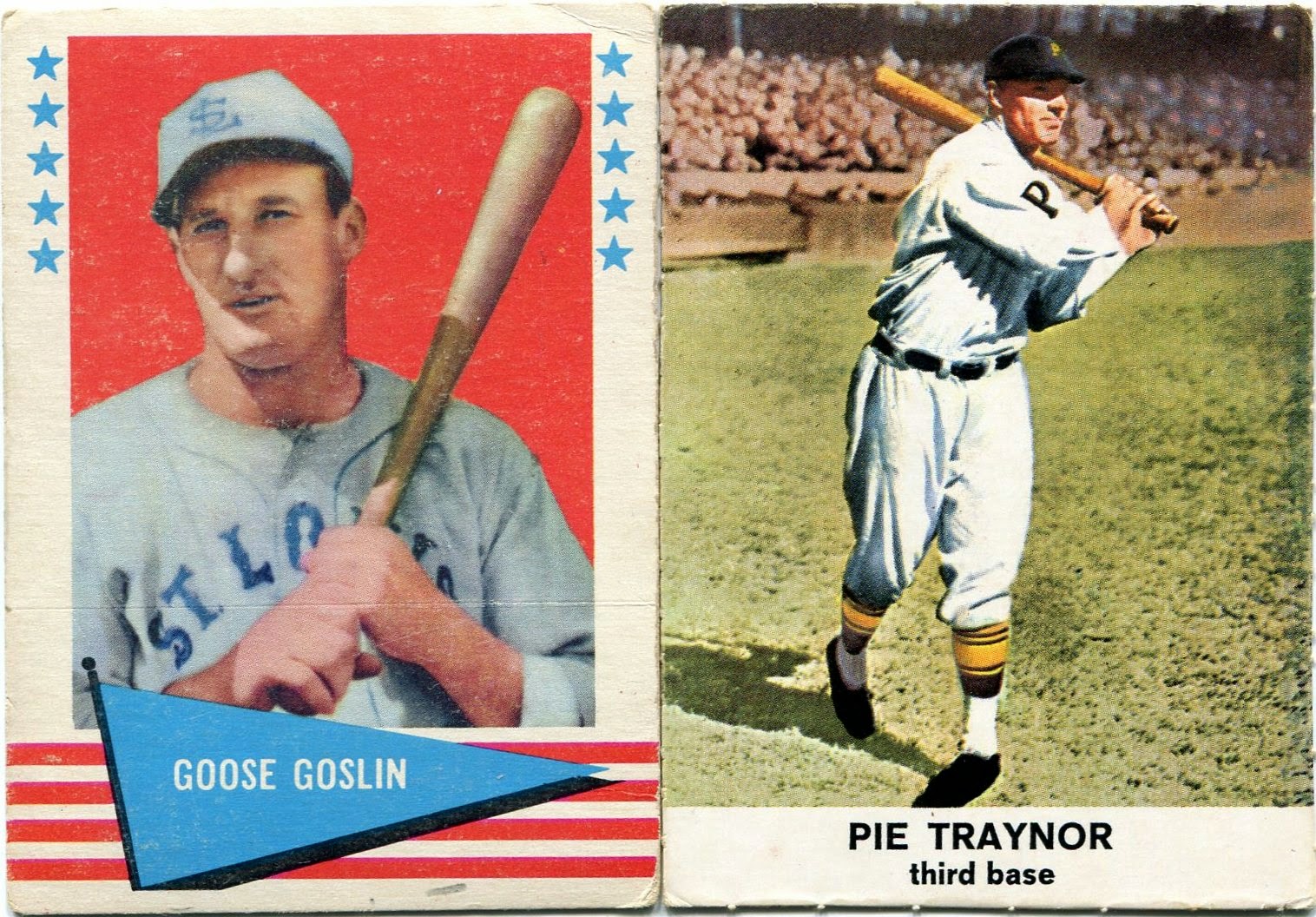 This same vendor had a small fifty-cent vintage box on display as well.

I didn't find a whole lot from it, but I was extremely happy with this pair of Cooperstown inductees.

Plus, it always nice to add a Browns card to my collection. 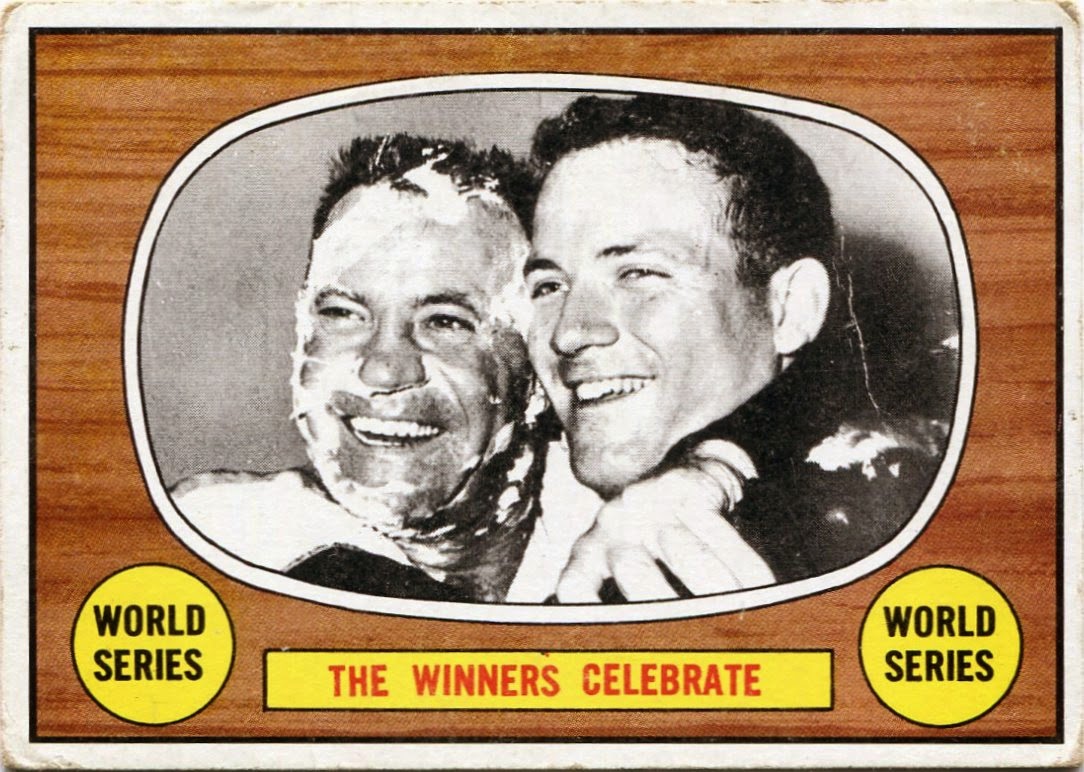 One of the first tables my dad and I stopped at had a 90% off vintage bin on display.

These are almost always a ton of fun because they usually house off-condition cards of some big names. If you see one at your next show, I'd recommend digging through it.

I think I paid about 50 cents for this one. Besides, it's one of those ultra-rare "pie in the face" short-prints. Right?

Topps wasn't pulling that crap then. 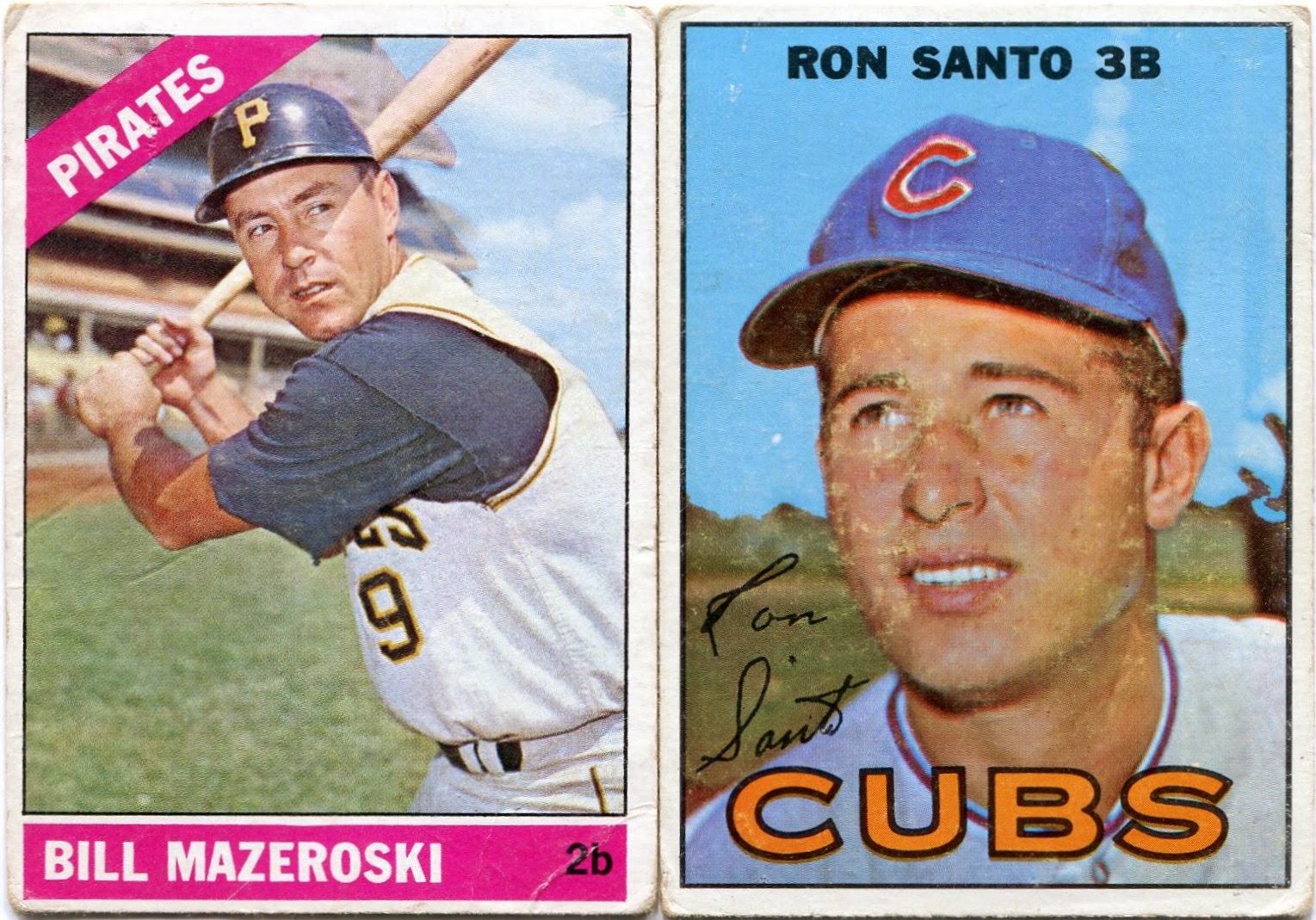 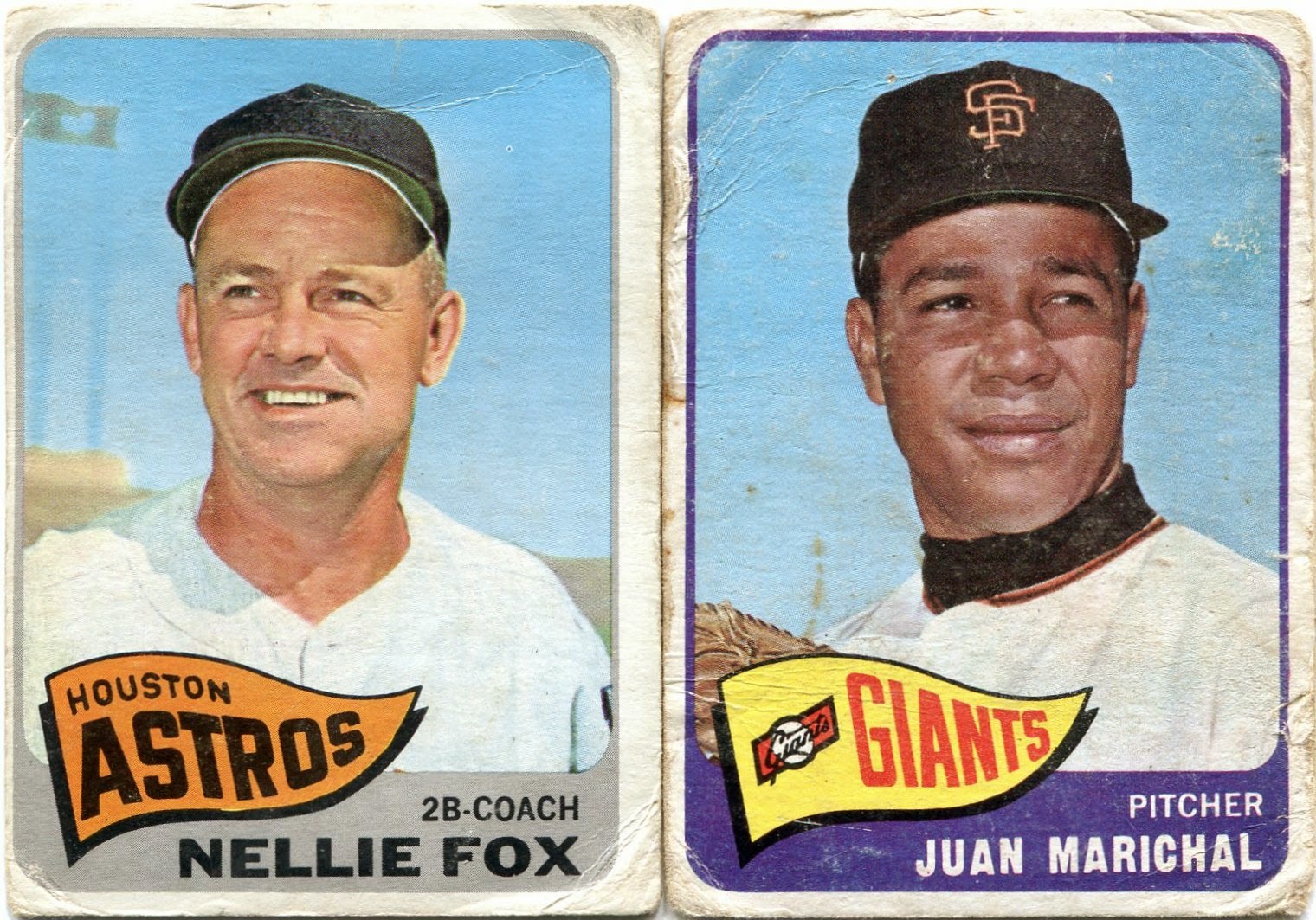 In honor of Heritage, one of my other goals for this show was to pick up a few real '65s.

Boy, did I succeed in that department. Not only did I nab that Marichal for a mere 80 cents, but I also tracked down one of my most desired '65s with the Fox.

At $2.50, it was one of the pricier purchases of the day. However, as Fox's last card, it's a new cornerstone for my "sunset" collection.

A small price to pay for such greatness. 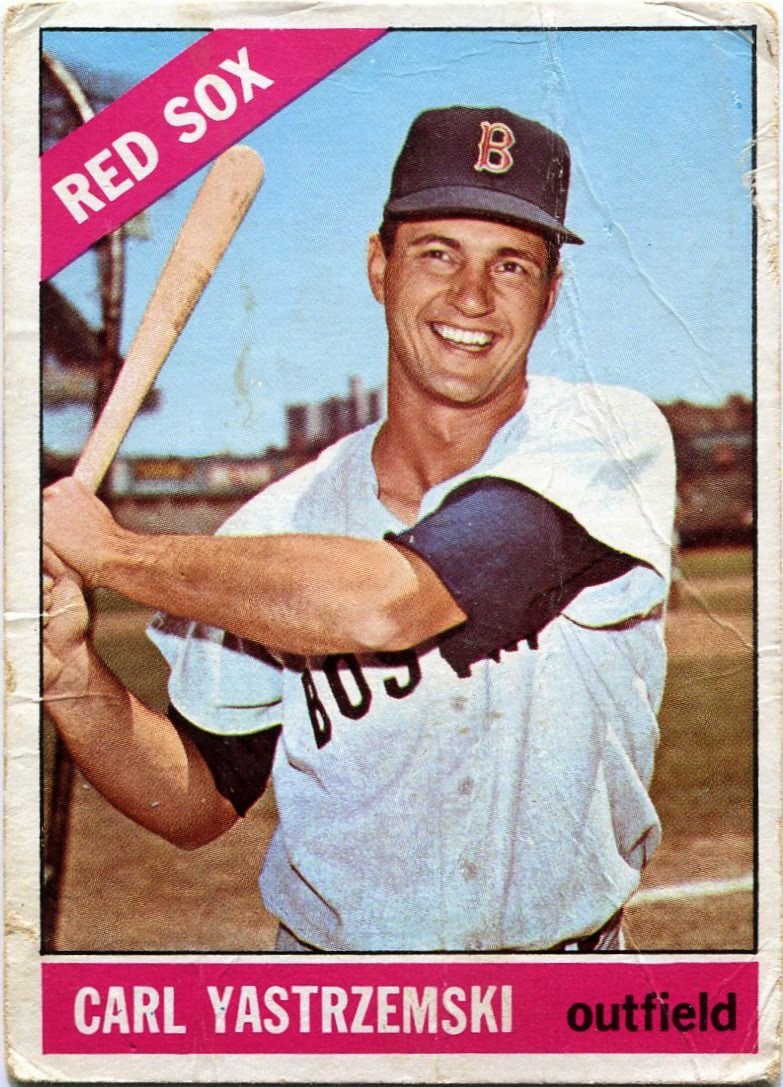 Another goal of mine was to track down both Carl Yastrzemski's and Johnny Bench's 1975 Topps issues.

I'll spoil it now by saying that I failed on those. However, I probably one-upped myself with the "Yaz" anyways by dropping three bucks on his '66 Topps single.

I've seen it on a few other blogs thus far and have wanted a copy ever since. It's a nice departure from the stone-faced expressions "Yaz" seems to have on most of his other cards.

I was actually thinking about making this one of my goals for Saturday's show instead of the '75, but figured, "Nah. I doubt I'll find that one."

Never assume anything when you set foot into a card show, my friends. 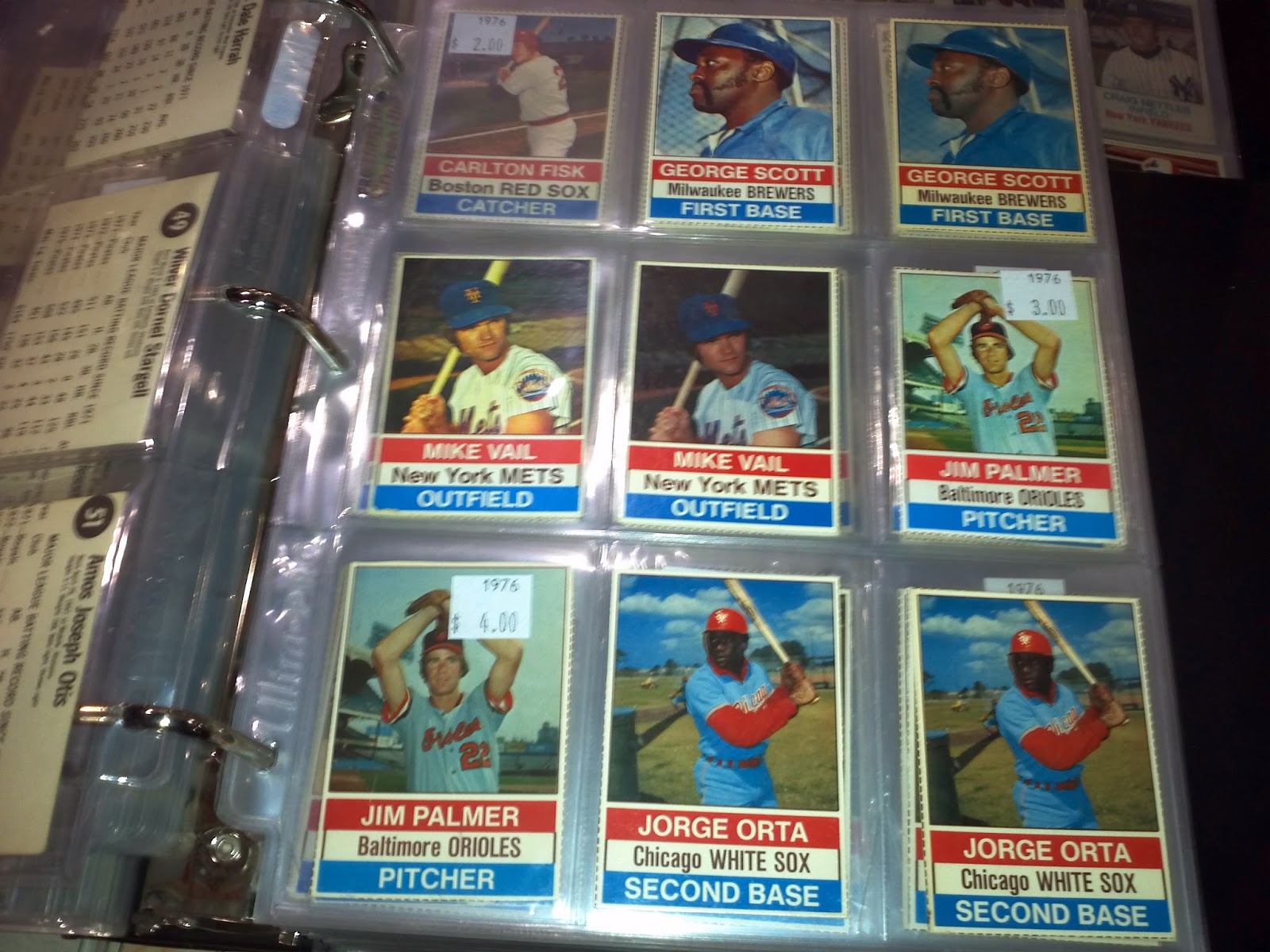 Here's something I certainly didn't think existed before Saturday.

That, my fellow readers, is an entire binder full of Hostess cards. I didn't take as many pictures as I would've liked at this show, but I did remember to snap a shot of this monstrosity.

It might be tough to tell from the photo, but this thing was absolutely huge. I'm pretty sure it was one of those gigantic three-inch binders.

Each section was separated by year. At the end of all that pecking through the binder, I'd added about 65 new Hostess singles to my collection. The vast majority of the ones I bought were anywhere between 40 and 75 cents a pop.

I usually don't even dig through these types of set-based binders at shows, but I'm sure happy I found this one. 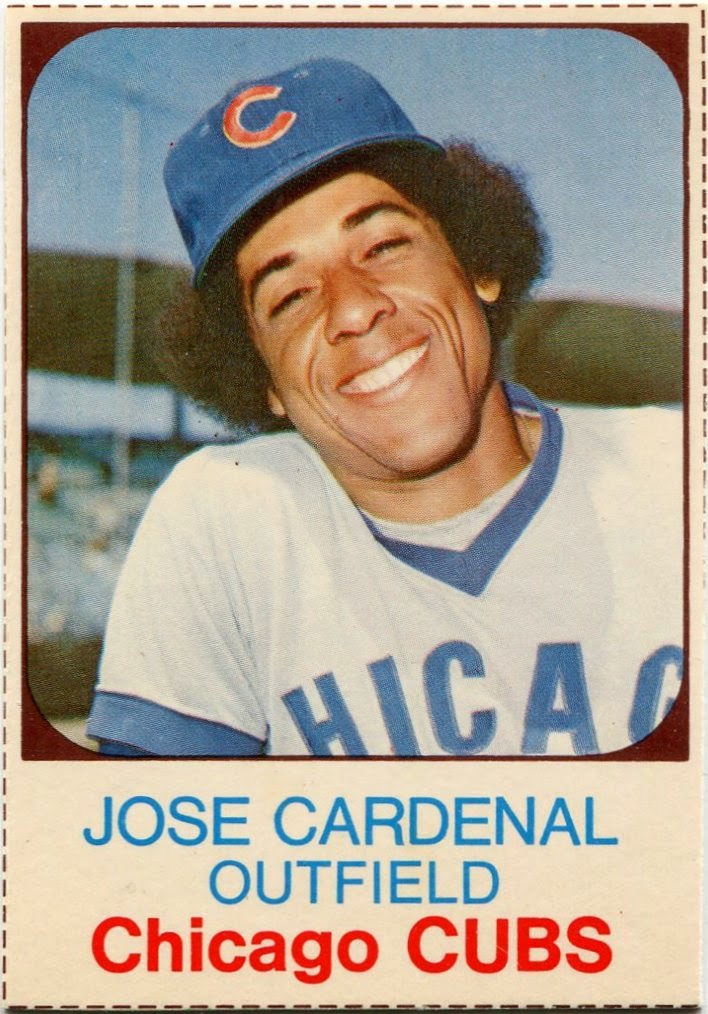 I'd never seen so much Hostess in one place before.

It was a once-in-a-lifetime opportunity. 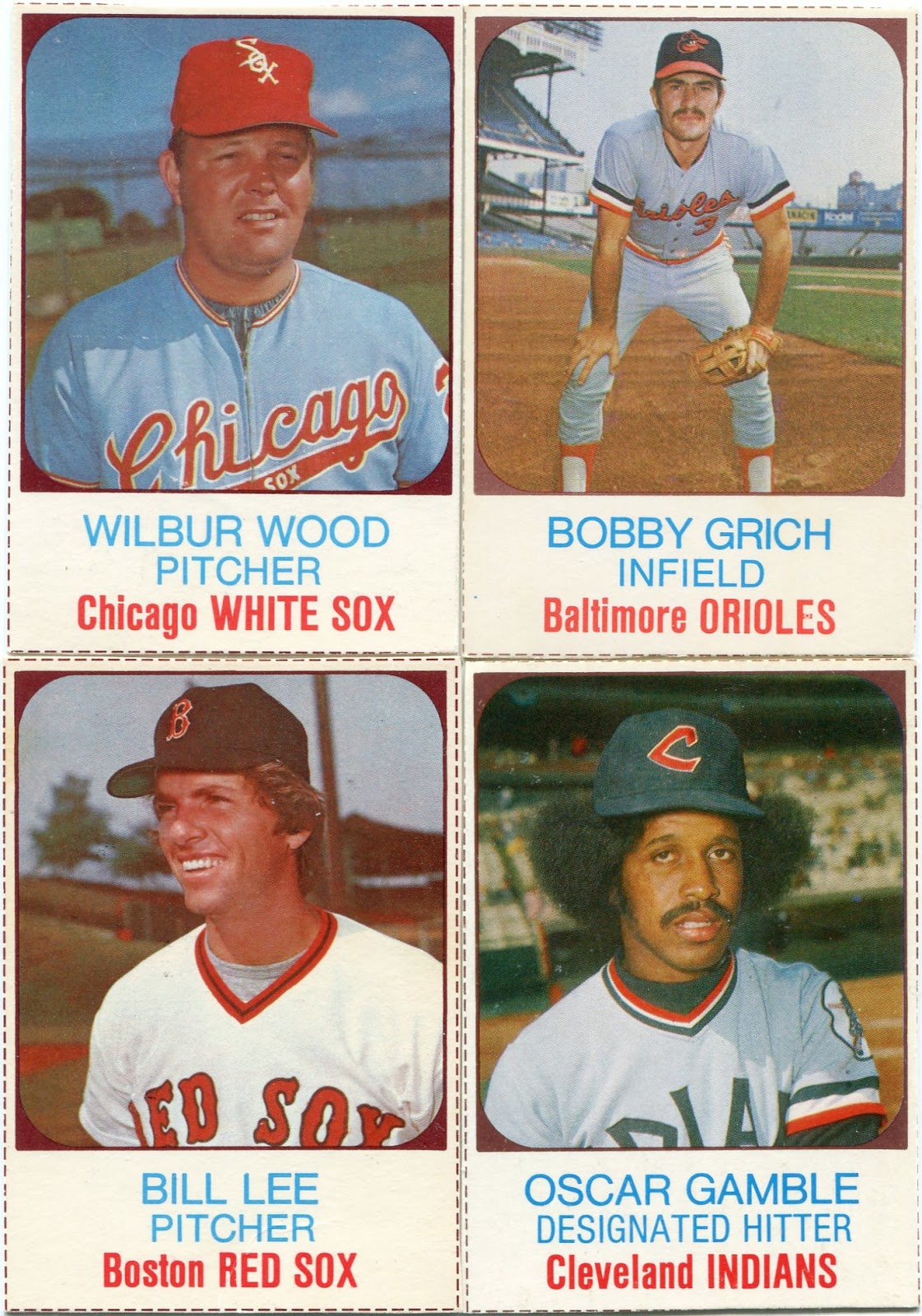 The 1975 section was probably the smallest in this guy's binder.

Between Cardenal, Lee, and Gamble, though, it had some of my favorite names.

While you go through these next few scans, by the way, I invite you to play a little game.

It's called "Spot the Bobby Grich". The very patriotic 1976 design is probably my favorite in Hostess history.

Now that I think of it, I don't think I've ever seen a shot of Al Hrabosky with facial hair that wasn't his famous fu manchu. He looks a little strange with just an ordinary old mustache.

Oh, and note Mr. Grich in the bottom-right-hand corner. 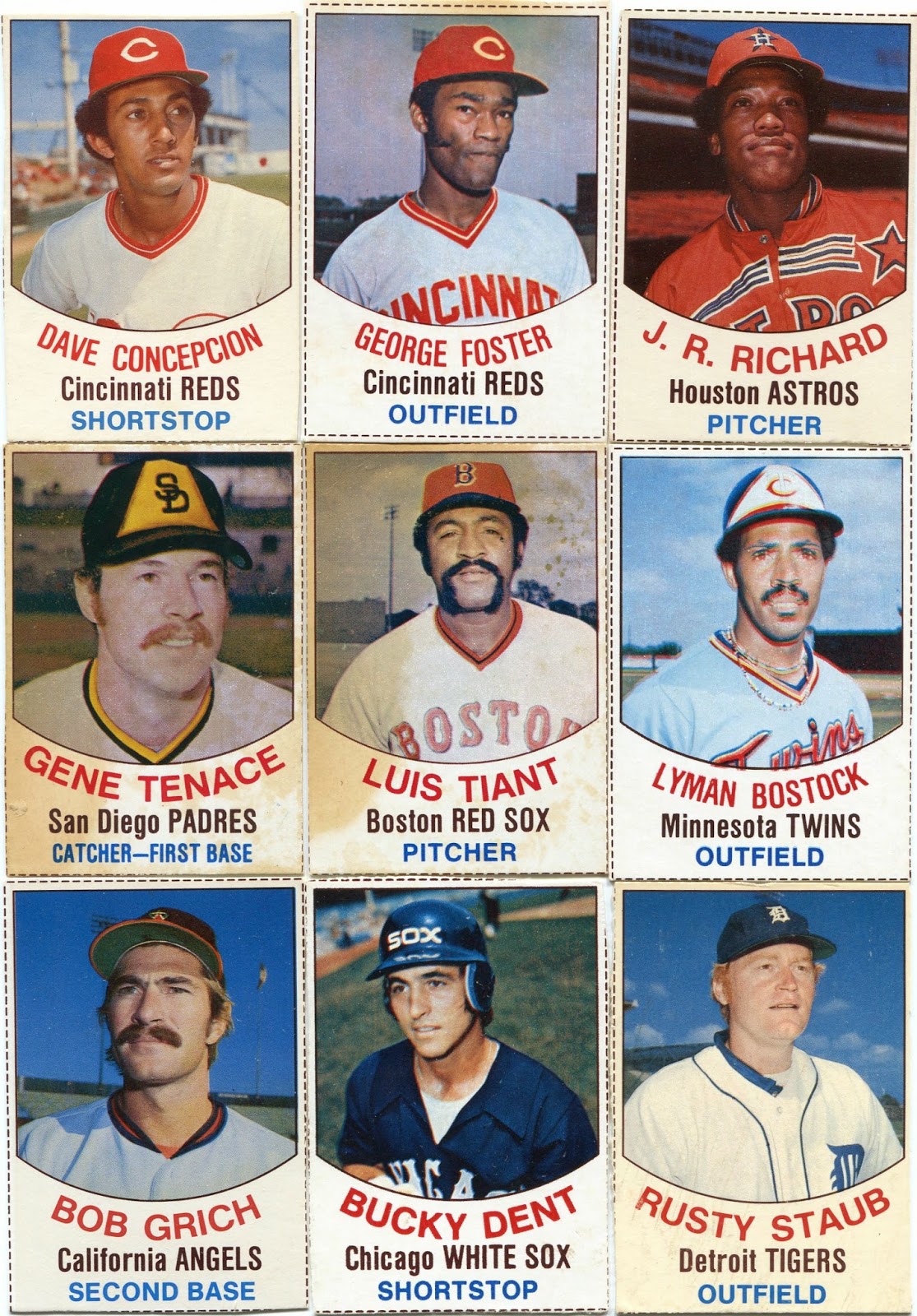 The guy's binder got more plentiful as the years moved forward.

I landed a good dozen of these '77 Hostess cards from his selection. The Tenace and Tiant were discounted to just a quarter each because of the candy stains.

In a lot of ways, I actually prefer those. They add a good amount of character to these things. 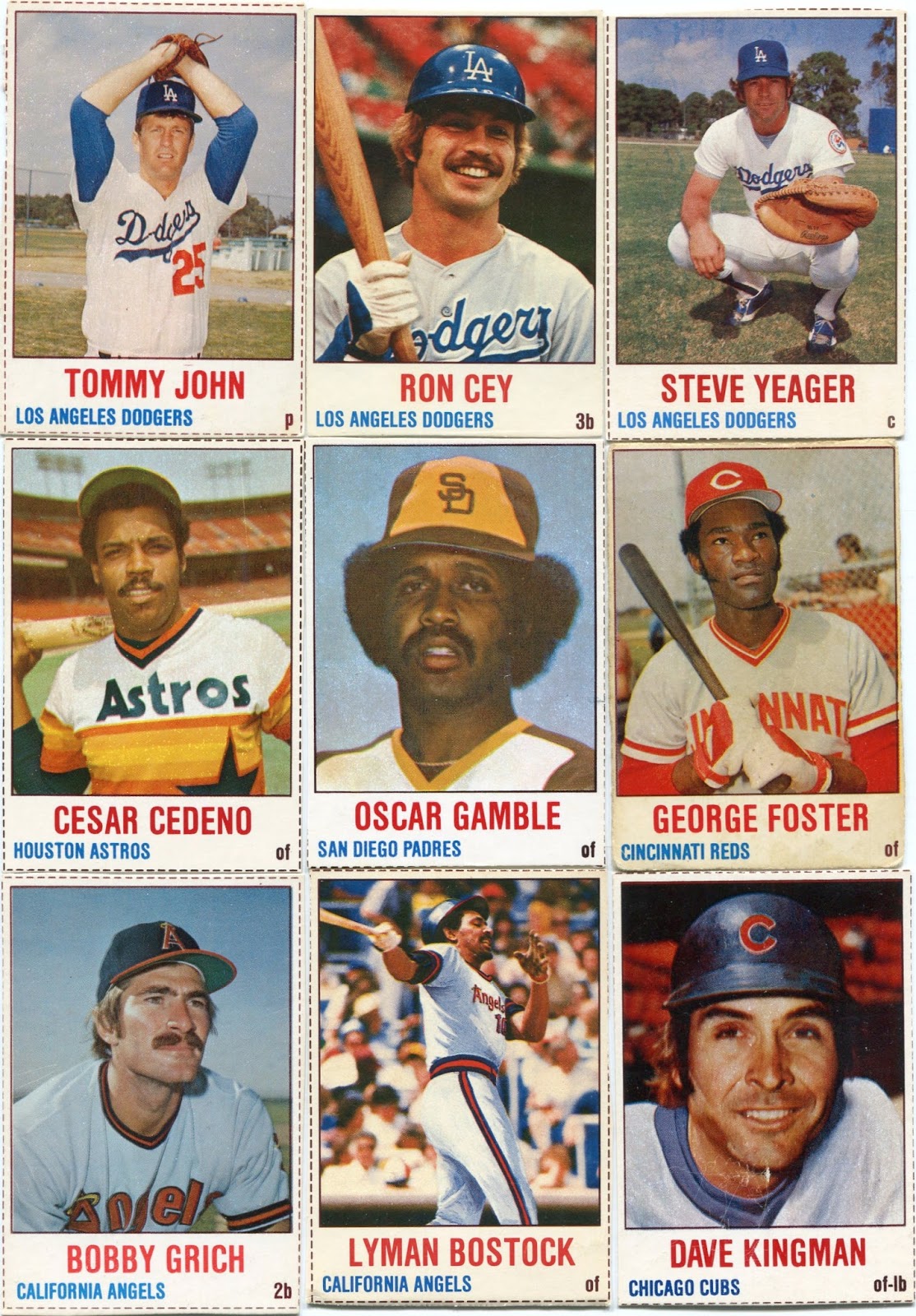 I probably found more '78s than any other year.

I'd have to go back and check, but I believe I came away with about a couple dozen of these. I'd always assumed that Lyman Bostock's only tragic "sunset" card was his '78 Topps issue. I'd never known that Hostess card existed until I found it in this binder.

Note yet another fantastic Oscar Gamble 'fro in the center here as well. 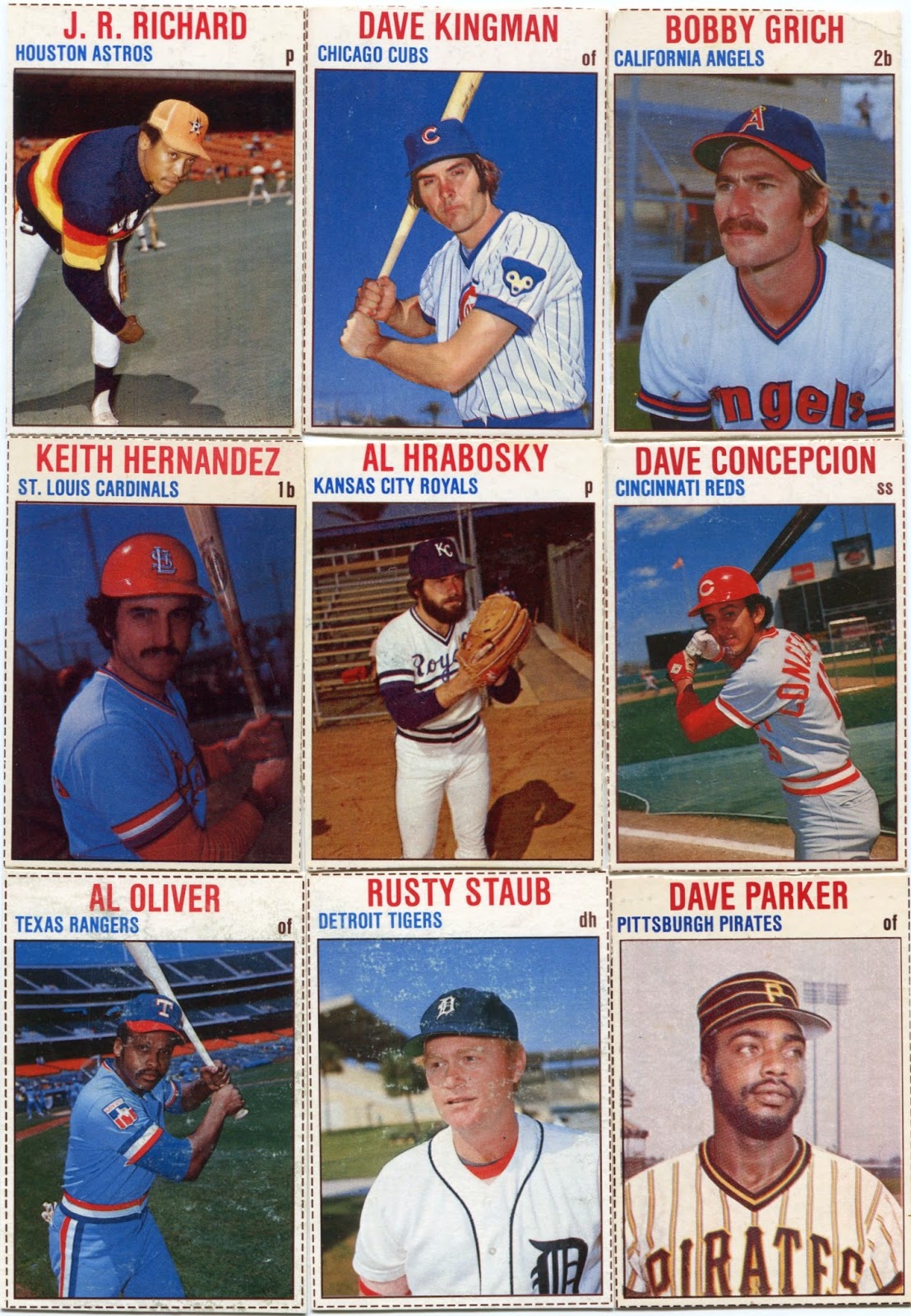 I always get the '78 and '79 Hostess designs confused because they look eerily similar.

Sadly, this is where the tale of Hostess ends. For whatever reason, the brand discontinued the legendary oddballs after 1979.

They'd make sporadic appearances in the '90s, but none of them even came close to the greatness of the originals.

Not only did I add a whole bunch of sugary cardboard to my binders, but I also unwittingly landed the complete run of Bobby Grich Hostess cards.

I didn't realize that until after I got home from Saturday's show. 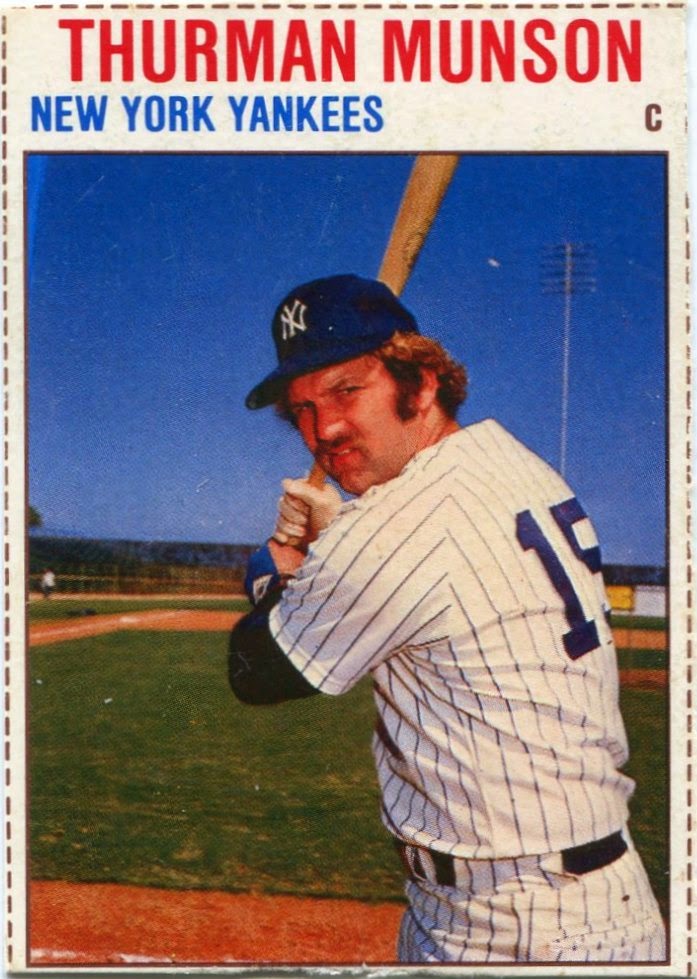 At a whole dollar, it was the most expensive card I purchased from the binder. Like the '78 Bostock, it's yet another tragic addition to my "sunset" collection.

Still, it's a serene piece of history, and one I'm proud to own.

I'll have to do more binder digging at the next show I attend.

This Hostess find was the binder of a lifetime.
Posted by Nick at 6:24 PM

Have to admit, you didn't turn my head with the show stuff until you got to the Hostess. I don't know what it is about those shows in the midwest, but there is always stuff there I've never seen. Binders of Hostess? Unreal.

Hope you didn't get skunked on the Ding-Dongs and Twinkies. A growing boy needs his fillers and preservatives...

That Post Yost is outstanding. And a whole run of Grich Hostess? I think I need to find a card show!

I love those late 70s Hostess cards...I would have been sorely tempted to say, "how much for the binder?"

I was about to comment that with Hostess Bostock got a card of him actually in an Angels uniform, rather than the airbrush card from Topps. Then I clicked on the image - wow, what a bad airbrush job.

I would have bought the whole stack of Kellogs at a dime a piece then asked for a price for hte whole Hostess binder.

David in the north said...

The Cobb is a circa 1953 Brown & Bigelow trading card. There's decks for other players, Wagner at least.