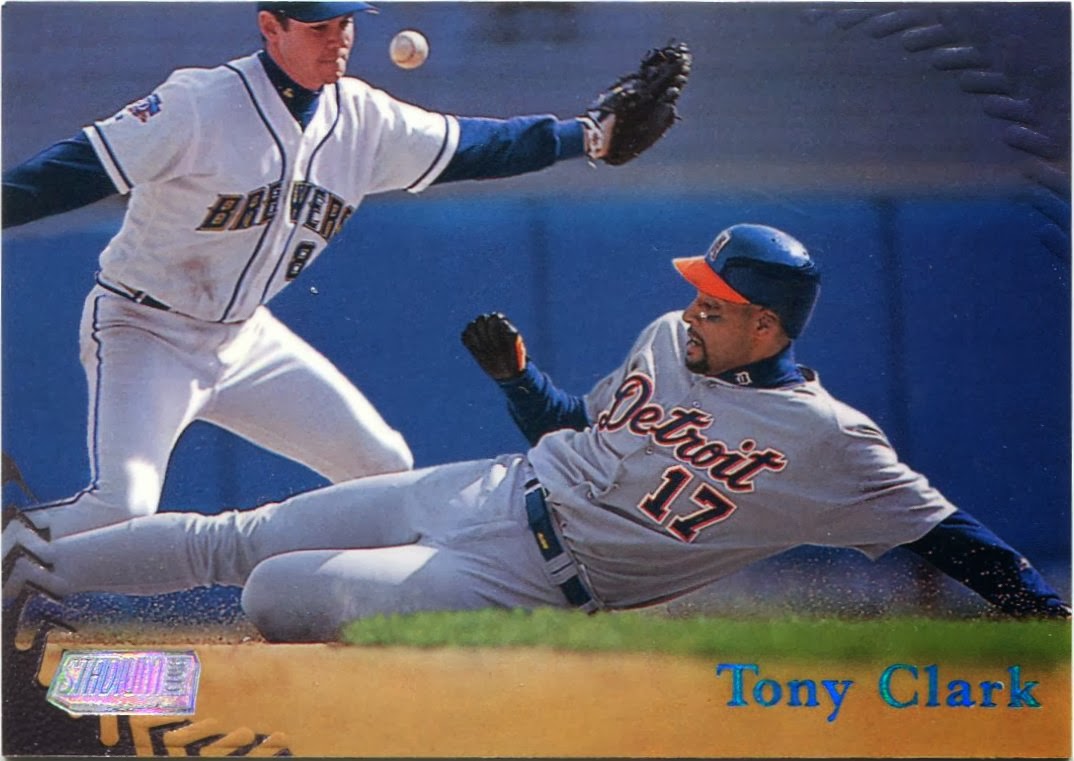 At 22 years of age, I'm starting to think I may have already hit my peak with repacks.

In terms of sheer quality, it's going to take quite a lot to top the Buster Posey rookie/Babe Ruth as a Dodger combo I pulled the last time around.

Will that stop me from buying more repacks?

Hell, no! What, are you crazy or something?

I may have been spoiled by that last break, but I'll always have a place in my heart for repacks. I learned long ago that the sheer fun of opening one of these things is far more important then the actual cards I pull.

Even so, that doesn't mean I don't try and hedge my bets every once in a while. During another recent trip to Target with my dad, I went all the way back to the very last repack on the hanger before finding one with an interesting "cover boy".

Once I saw this Tony Clark staring out at me from the little window, I knew I had to have it. I've always been a sucker for horizontal action shots like these.

Besides, you can never go wrong with late '90s Stadium Club. 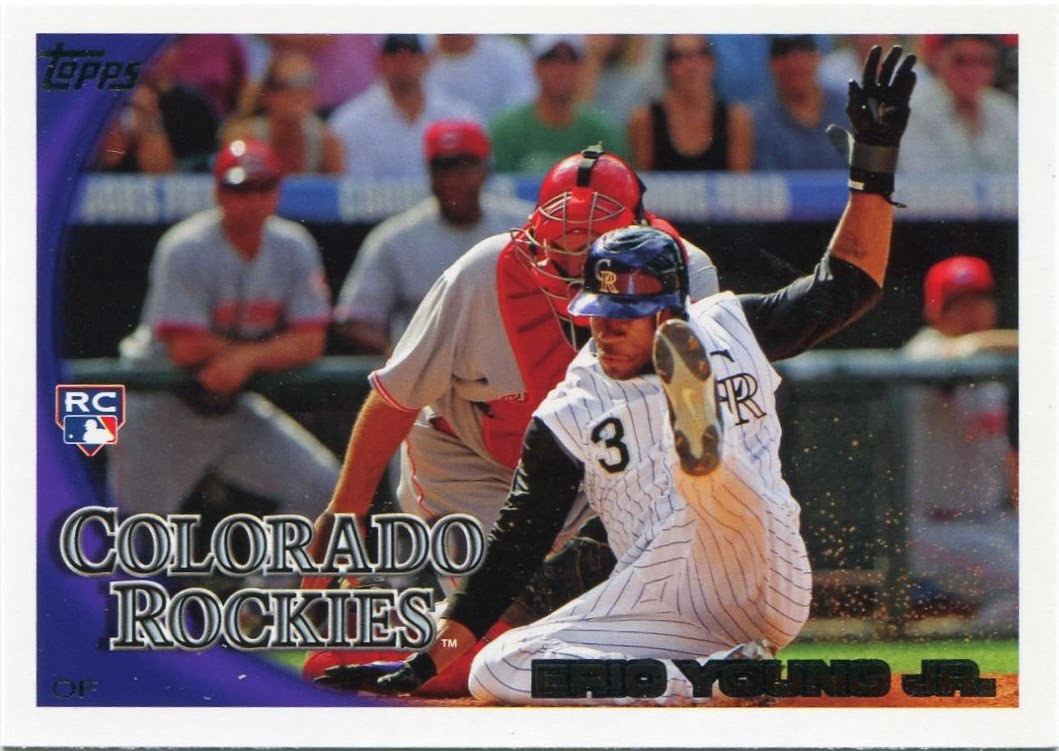 Clark wasn't even the only sliding star in this repack.

This "play at the plate" of E.Y. Junior has to be one of the better rookie cards in recent memory. 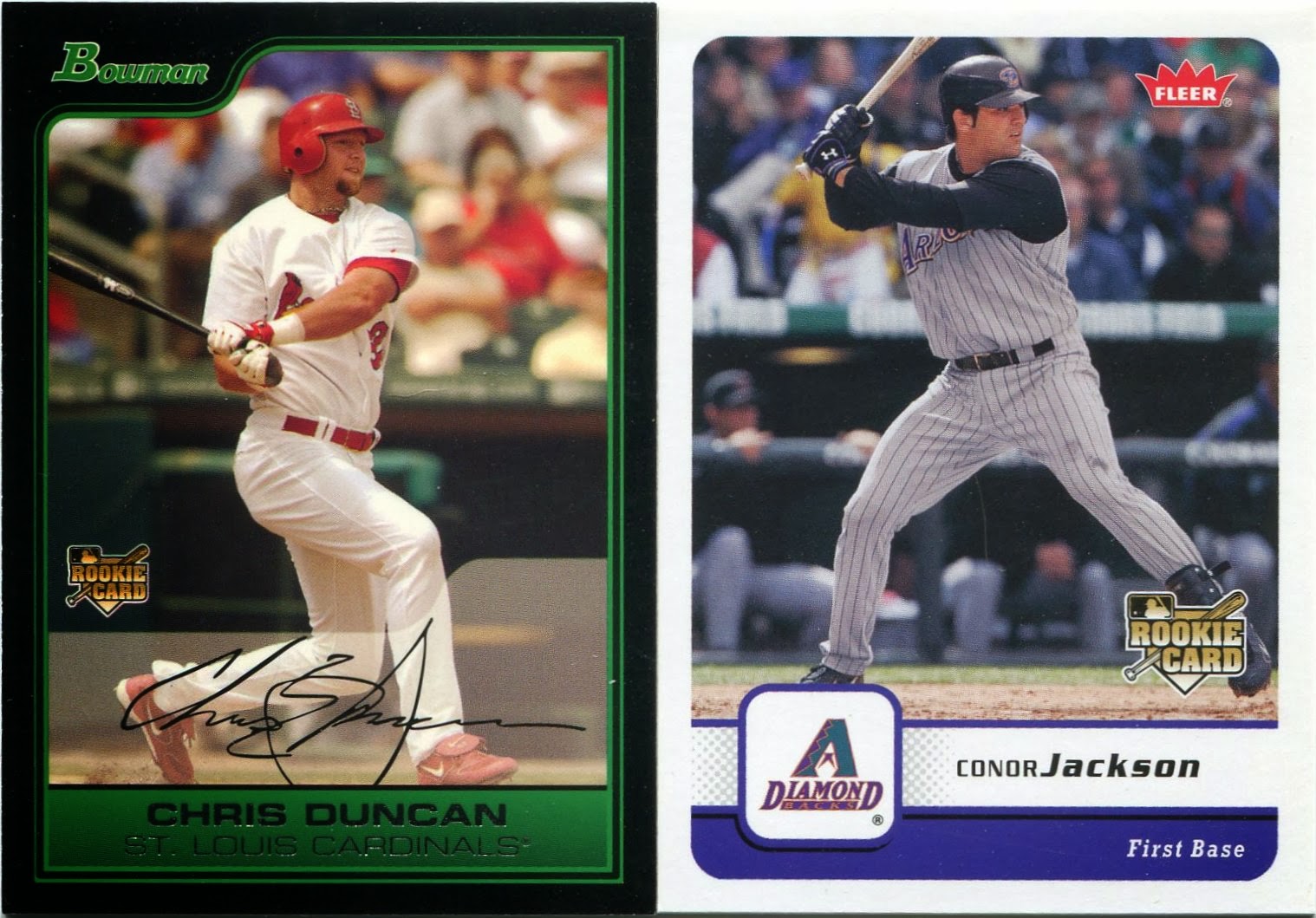 Going along with that, this particular repack advertised its special inclusion of five rookie cards.

I didn't check and make sure that this thing followed through with its promise, but I did take note of a couple of the ones I pulled.

Chris Duncan and Conor Jackson have been in my binders for quite a while now, but both one-time hot prospects have pretty much flamed out by now. 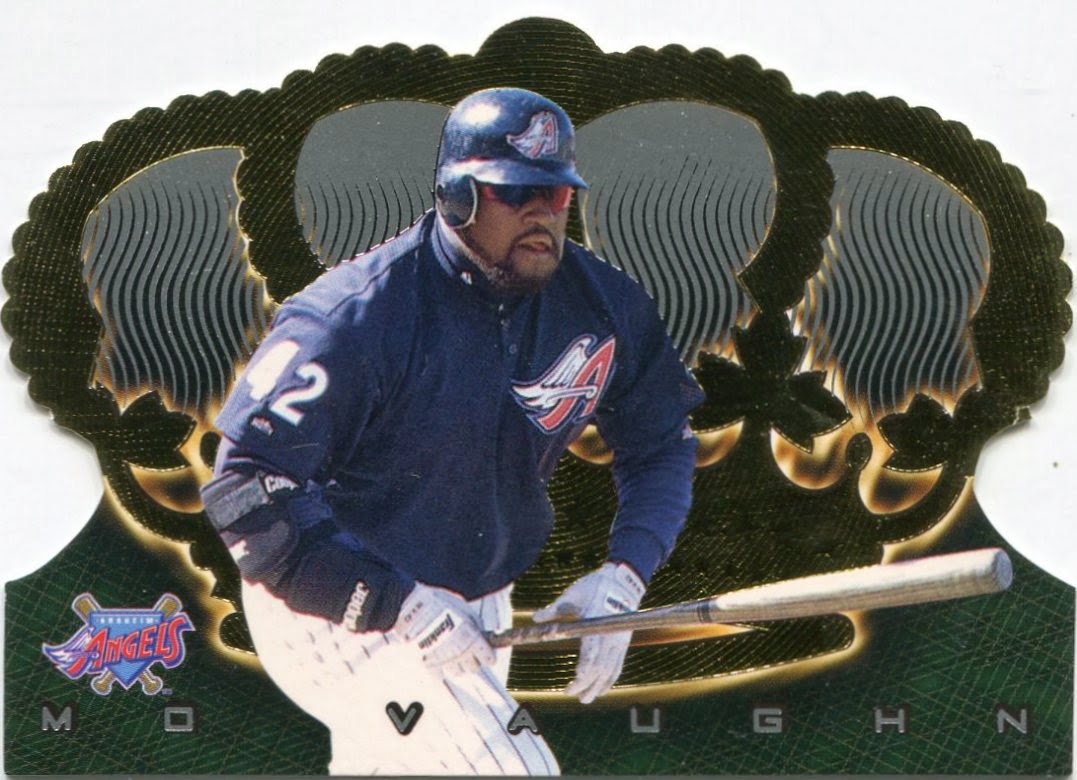 As you probably already know by now, repacks are always good for a surprise or two.

During the 1990's, Pacific was the unquestioned king of thinking outside of the box. Crown-shaped cards like this Mo Vaughn are just the top of the iceberg.

They don't cooperate very well with nine-pocket pages, though. 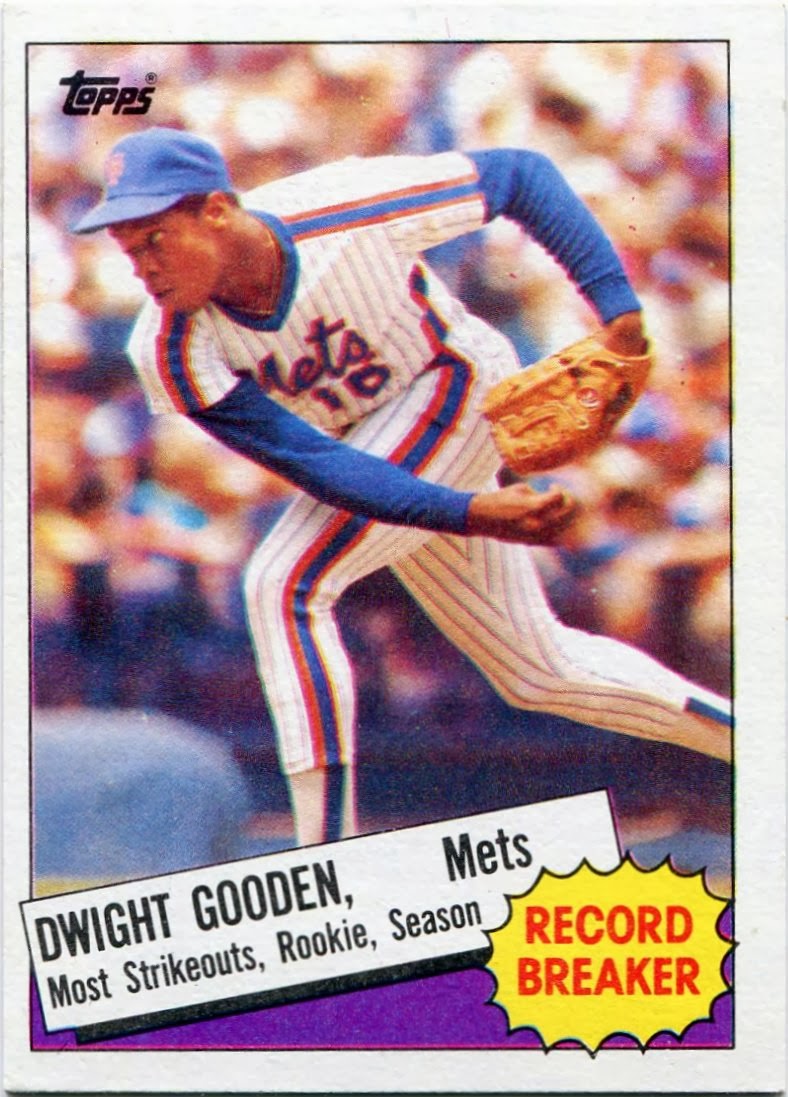 Perhaps the best card I pulled from this repack was the '85 Topps "Record Breaker" Dwight Gooden you see above.

With a whopping 276 K's, "Doc" still holds the mark for most strikeouts by a rookie. I'm not sure if that'll ever be broken.

As far as the cards go, this four-dollar repack was a bit underwhelming.

Like I said, though, that's really second nature to simply digging through all that glorious cardboard. 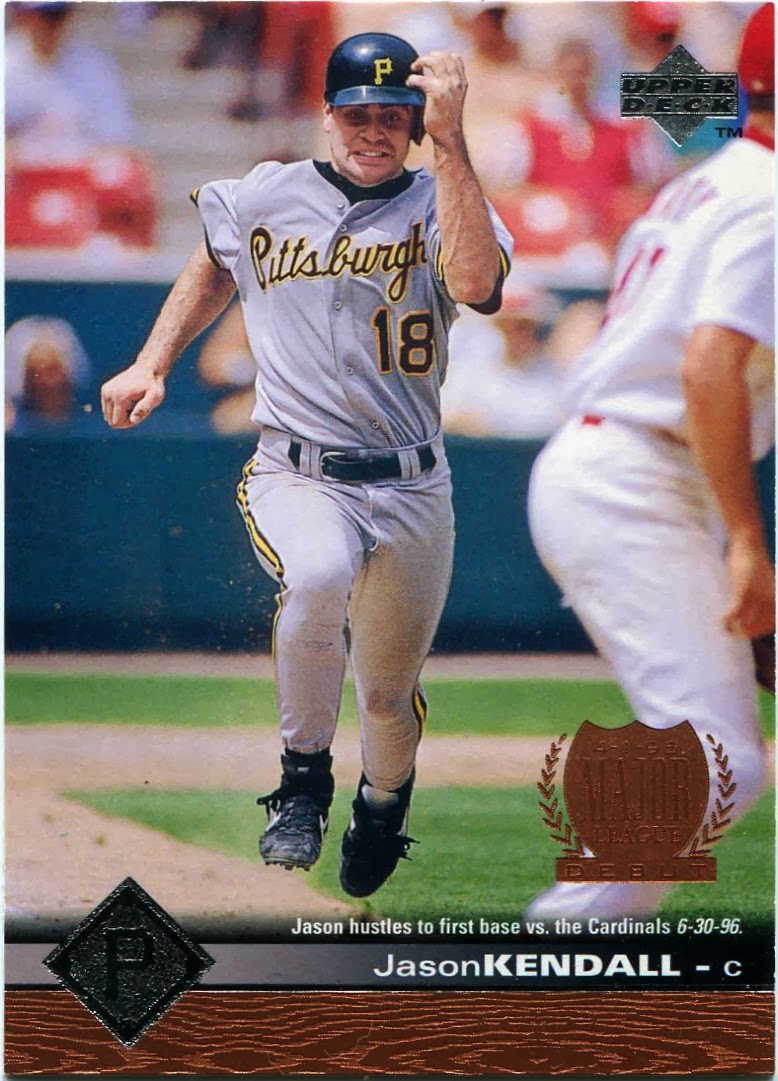 It certainly didn't stop me from picking up yet another repack a couple weeks later.

Once again, I made sure to select one with an intriguing "cover boy" on the front. I found just that with this 1997 Upper Deck Jason Kendall.

I'd go out on a limb and say that '97 UD may just be the most underrated set in history. Not only does it feature a slew of awesome action shots, but it provides concise dates for each and every one.

I can go to sleep knowing that this photo of a hustling Jason Kendall was snapped on June 30th, 1996. 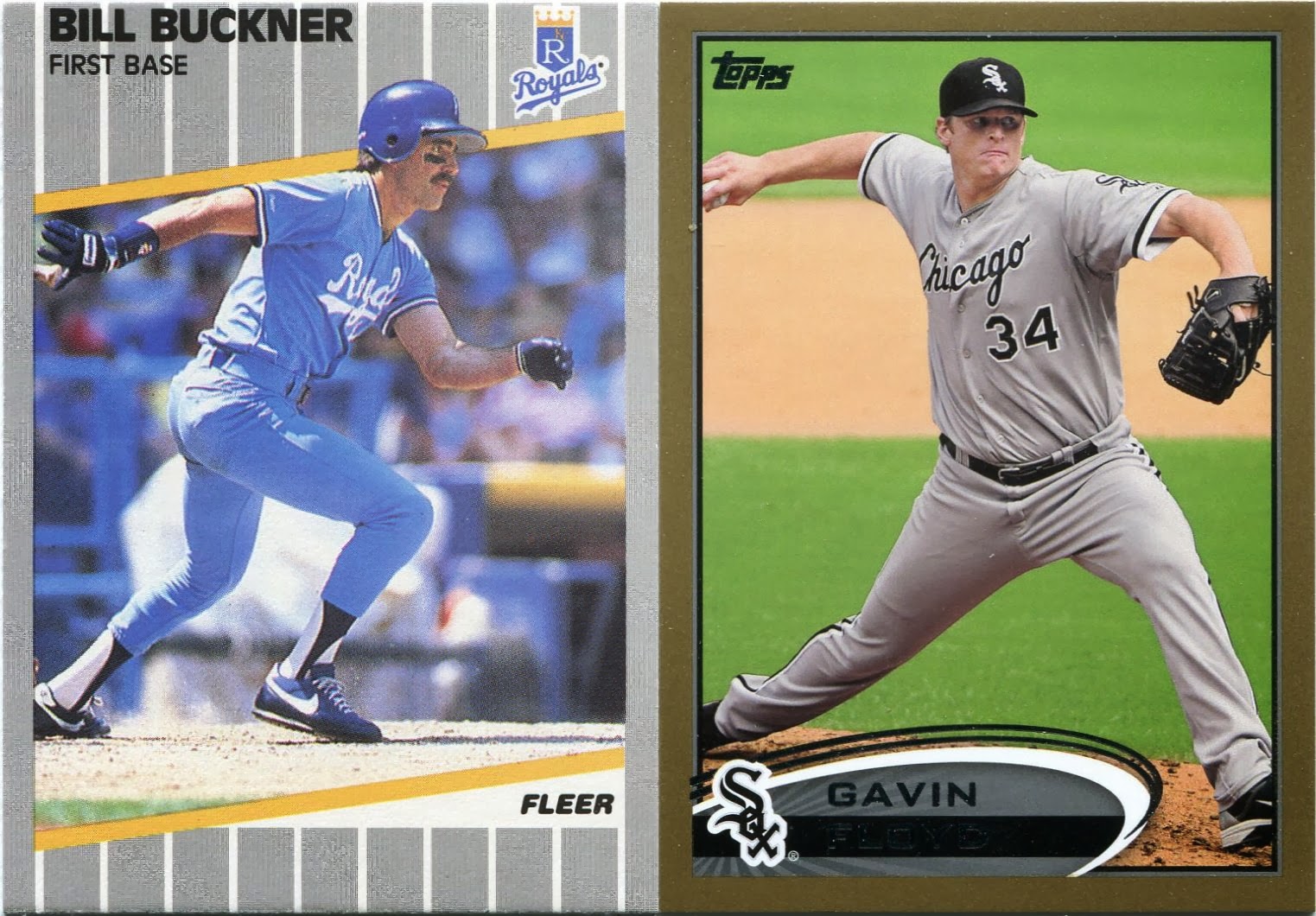 My local Target has two floors, both of which have cards.

The repacks on the top floor are the ones with the five rookie cards, which is where I purchased the first one I featured in this post.

The repacks on the ground floor, however, include unopened packs of 1989 Fleer and 2012 Topps Update. Most of the repacks I've featured on this blog have come from the bottom floor, this one included.

My 2012 Update pack wasn't anything spectacular, though I was able to hand that Gavin Floyd over to Jeff at our card show meet-up a couple weeks ago.

The '89 Fleer proved to be the better of the two, netting me a new Bill Buckner for my Royals binder. 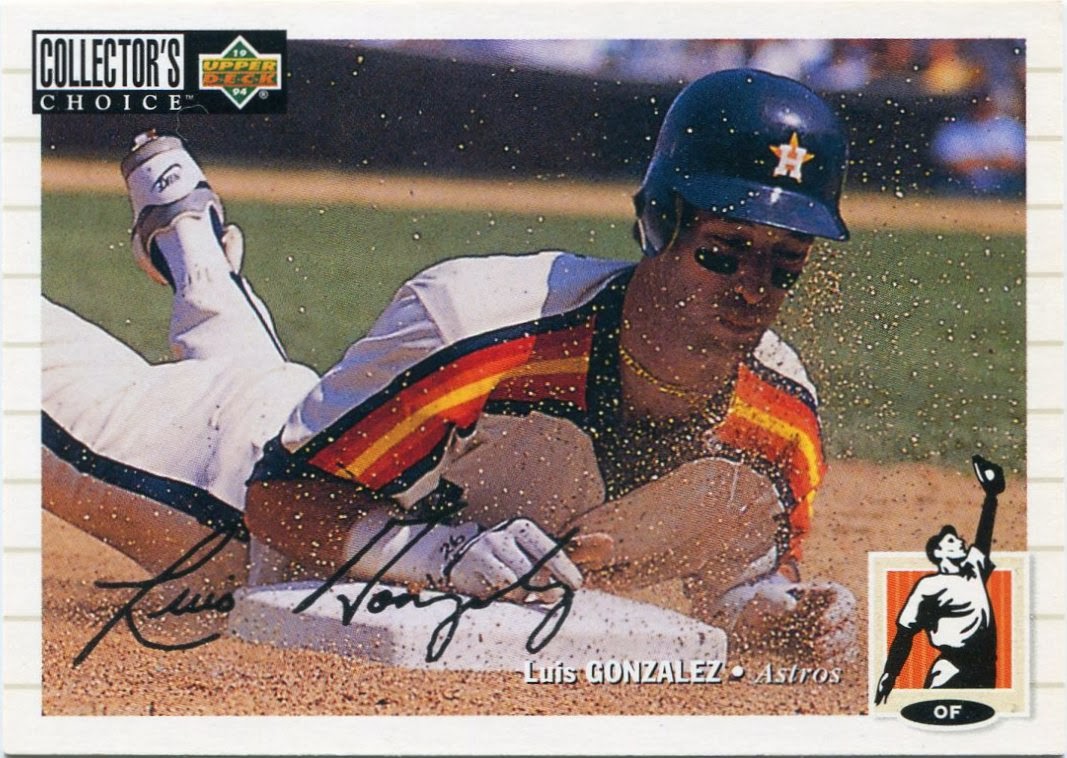 The loose cards in this pack weren't half bad, either.

I've had the standard copy of the dirt-eating Luis Gonzalez in my collection for a while now.

It's nice to be able to supplement it with this "silver signature" parallel. 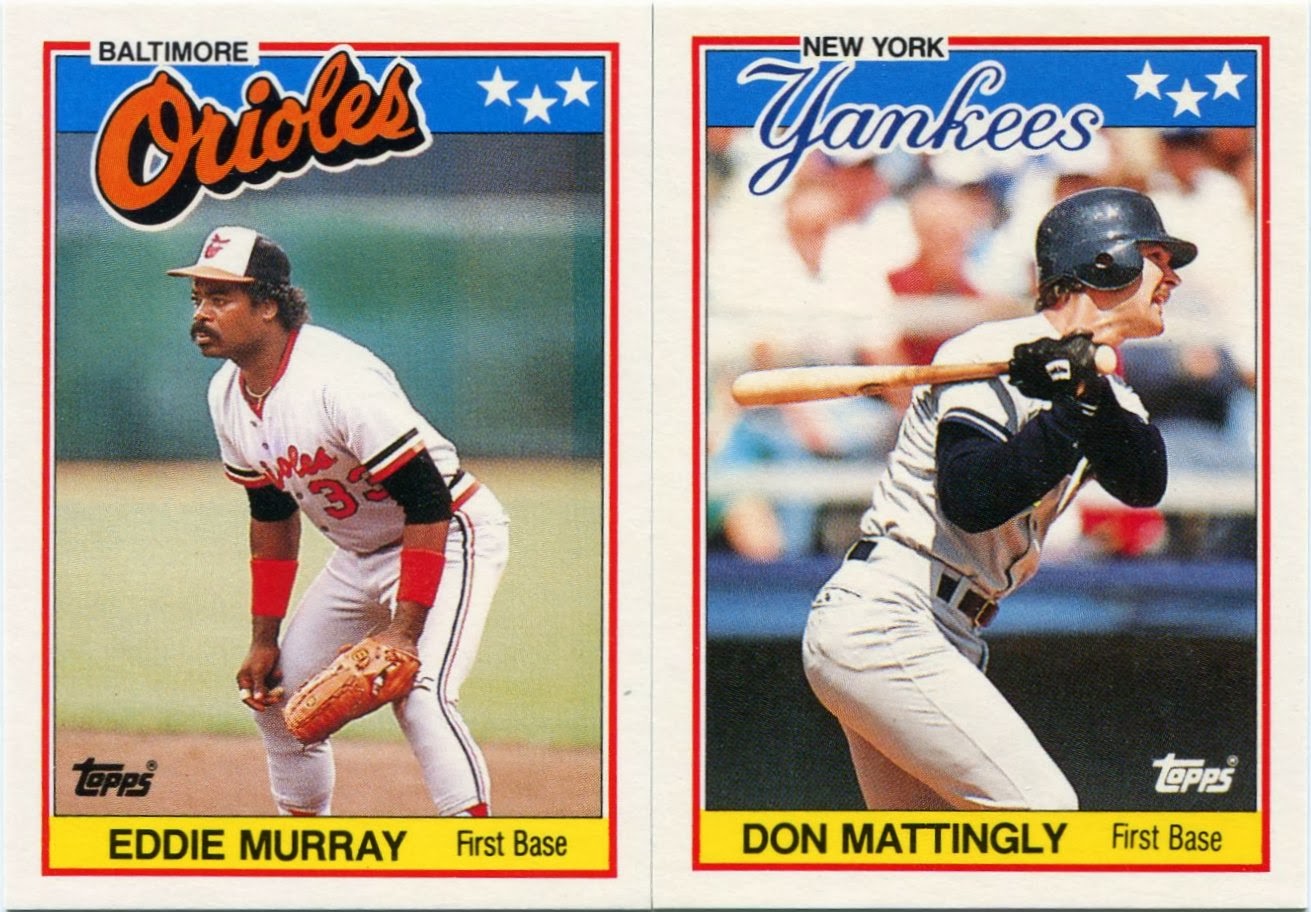 Most of these bottom floor repacks come with a hearty helping of UK minis.

And, despite what you may think, they're not no-namers. Eddie Murray and Don Mattingly were just a couple of the UK greats that graced this repack.

Other people might not like these, but you certainly won't hear any "Anarchy in the UK" peeps from me.

I'm always on board with minis. Inserts aren't usually a huge part of repacks, but this assortment included a couple nice ones.

This neat Vinny Castilla hails from the 2000 SP Authentic "United Nations" series. These shiny inserts feature flags from the home countries of different ballplayers, including Castilla and his Mexican heritage.

I don't know about you, but I can't think of Mexican baseball without referencing Steve Nebraska. 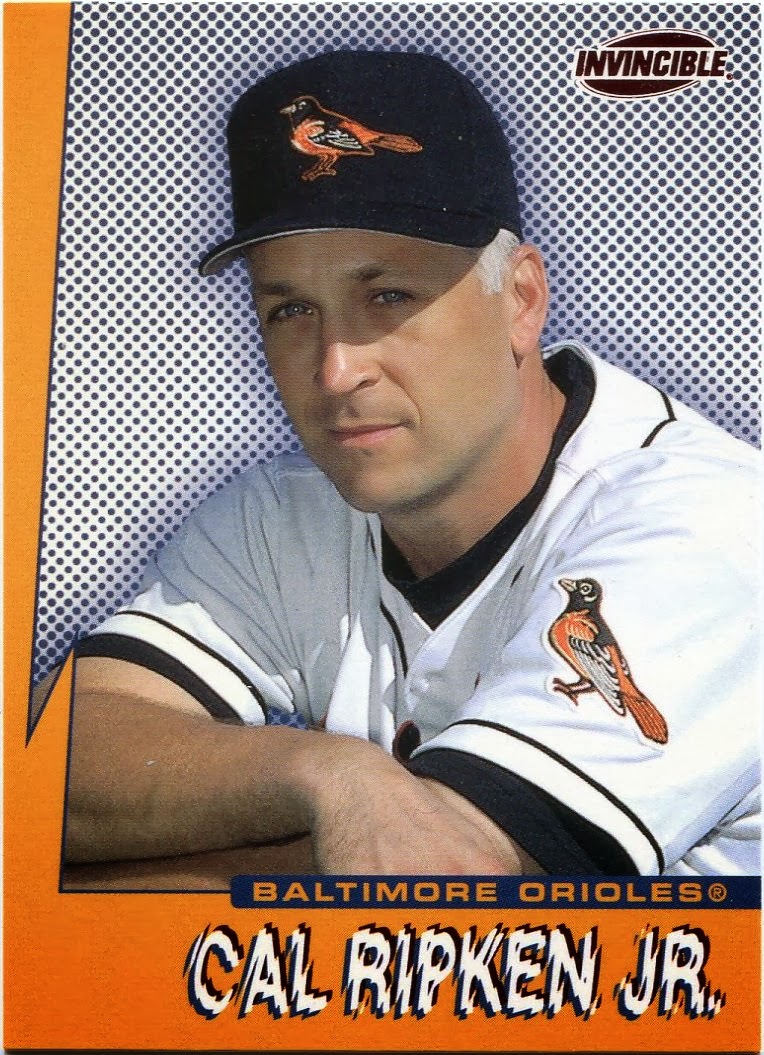 Now this is what an insert should look like.

Not too flashy, but different enough to make things interesting. If the wacky colors and blurred letters don't give it away, this Ripken was part of Pacific's "Seismic Force" insert series from the 1999 Invincible brand.

Man, do I miss Pacific. 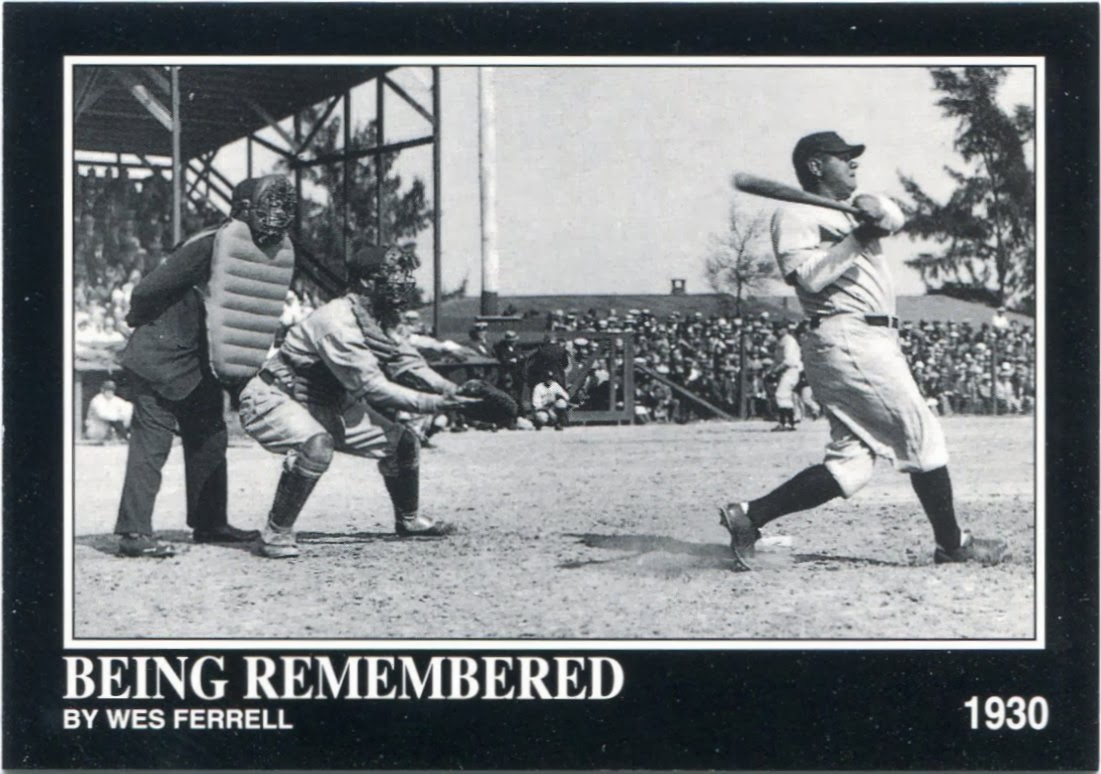 Much like the repack that spoiled me, the king of this break was probably yet another issue from the 1992 Conlon Babe Ruth series.

You're not going to find many better action shots of "The Great Bambino". It doesn't come close to matching a card of Ruth as a Dodger, but I can't complain.

I've never discussed repacks at length with anyone in my life, but I'd bet a lot of other collectors look down at them as worthless scraps.

Then again, those are probably the same types of people who dropped big bucks on Chris Duncan back in the day.

I could care less what they think.
Posted by Nick at 6:26 PM

We'll have to do some UK Mini set building at some point. I've grabbed a few of those repacks myself, and the dupes are piling up.

Nick if you and Ethan are going to build that uk mini set, I busted my set open last month to get the Braves out, unknowing that all 3 Braves would be sent a week later, lol. I have nearly all of them left, a few have been traded away. And I'm still holding that Don Sutton card you wanted me to hold for you too.

Nick, I like the repacks greatly and pick up a new one now and then. Recently I decided to try the soft rack pack that is from Fairfield like the hard plastic repacks. The soft packs cost a buck more and I had avoided paying the higher $5 price. But I am glad that I did; I pulled.
2007 Bowman Sterling AU Mitch Canham.
1984 Purina Nolan Ryan
2 1986 Fleer highlight George Brett.
1992 Donruss Ken Griffey Jr.
1991 Topps All-Stars Glossy Juan MArichal.1984 Purina Carlton Fisk.1990 Score Ozzie Smith.
1985 Topps George Brett.
1990 Donruss Bo Jackson.
1973 Topps Card.
1974 Topps Card.
And then a good selection on other cards. You might try this version, it might top your previous repack break.

Whoa, I forgot all about that EY Jr. rookie from 2010 Topps. That is prime frankenset material right there! Gonna have to add that to my list of cards to hunt down. And that Mo Vaughn is pretty swell, also. I'd say you scored a pretty nice repack, bud!