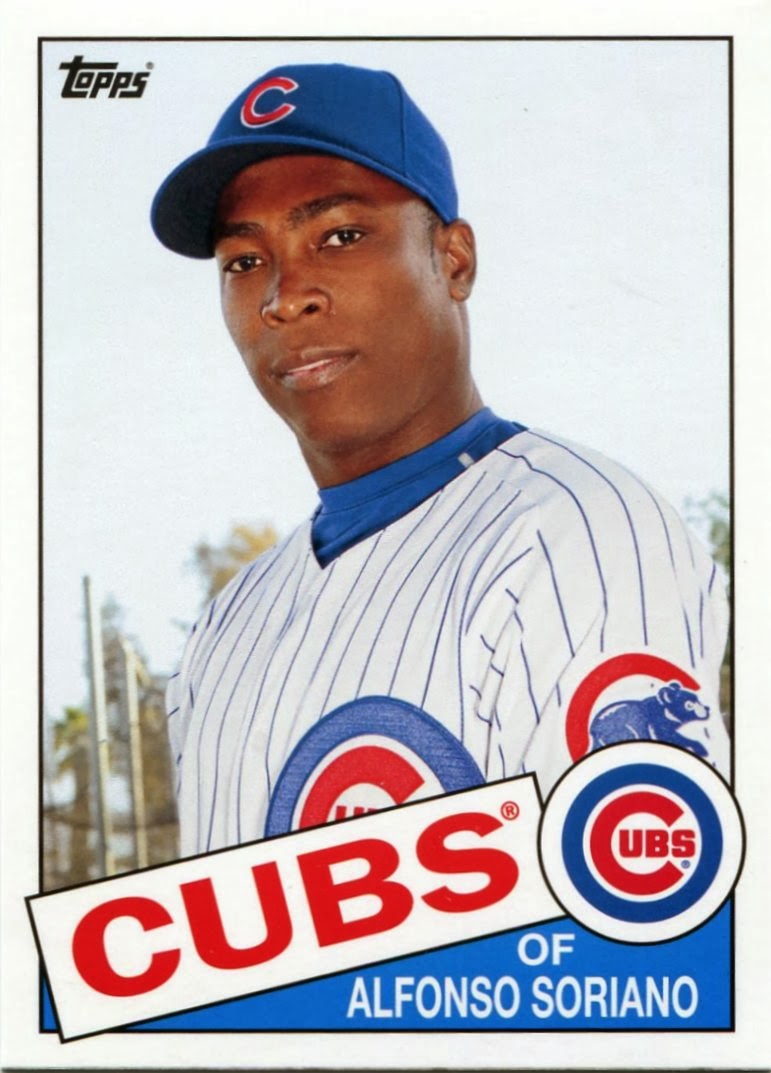 A small part of me wants to join a group break one of these days.

From the posts I've read during my time around here, they sound like a lot of fun. There's only one problem.

I don't collect single teams. It's hard for me to claim one or two squads when I basically collect all of them.

Still, that didn't stop me from launching a bit of a test run. In an effort to clear out some space, Matt of the terrific blog "Red Cardboard" recently offered up his stacks of extra cardboard available to the blogging public.

Again, team collecting isn't really my thing. Nevertheless, I put in a claim for the Cubbies, the team that has always been near and dear to my heart.

Matt said he didn't have as many extra Cubs as he had with other teams, though his package did result in this new Alfonso Soriano for my binders.

That was fine with me... 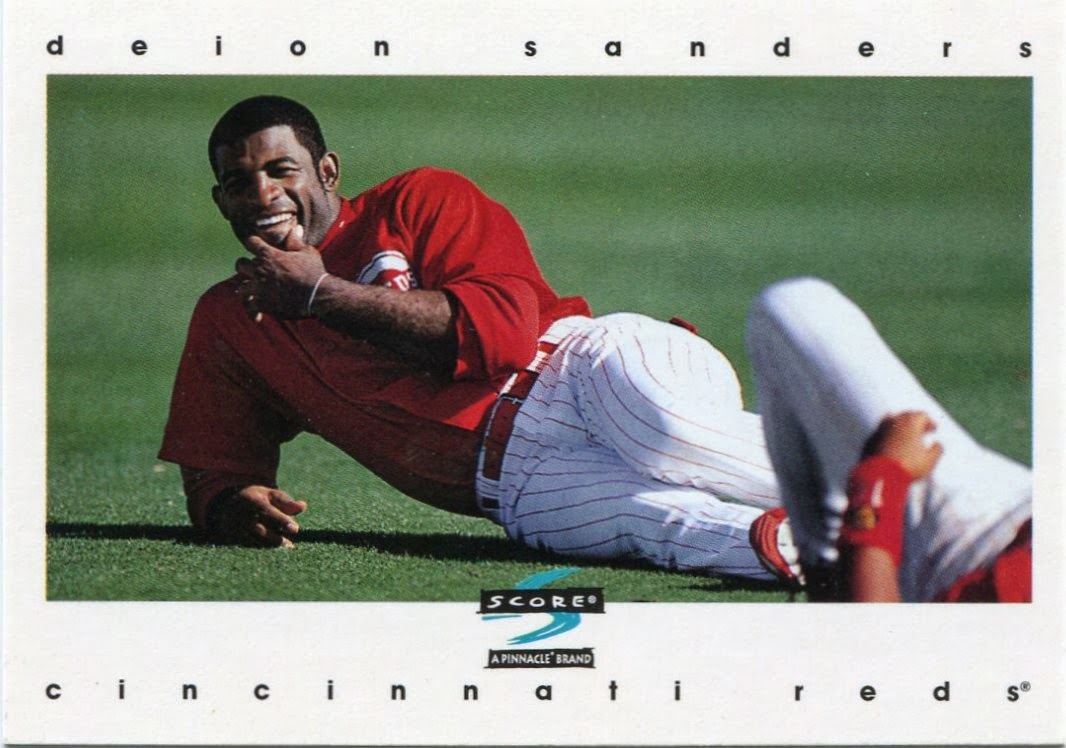 ...because the stack of Reds he sent along blew me away.

I figured the master of Reds cardboard had to have some pretty awesome extras lying around the house, so I put in a claim on those. In what may be my first team-based swap, I sent Matt a stack of my Reds spares in return for some of his.

With team collecting, I'd guess you'd be bound to accumulate a good deal of extras after a while. I'm guessing that's the case with Matt and his Reds.

This interesting "Neon Deion" was one of the stranger cards he sent over. 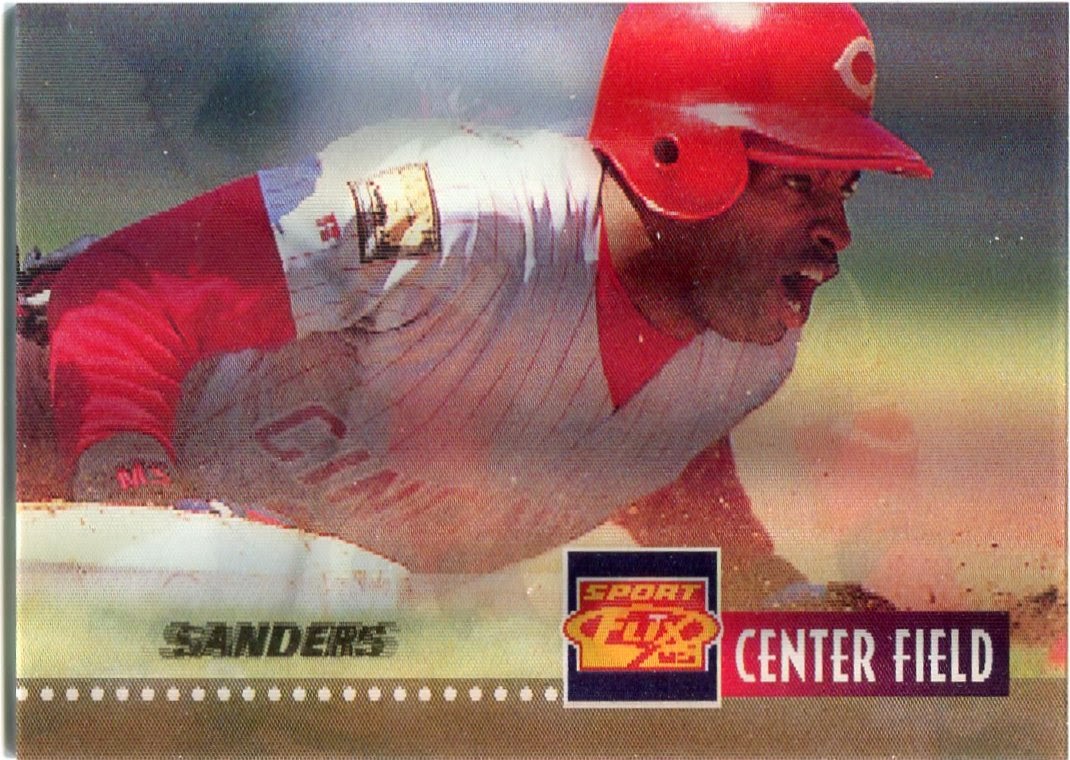 I've been making an effort to pick up more Deion Sanders cards lately, so these fit right into my collection.

I'm not one to turn down 3-D cardboard. 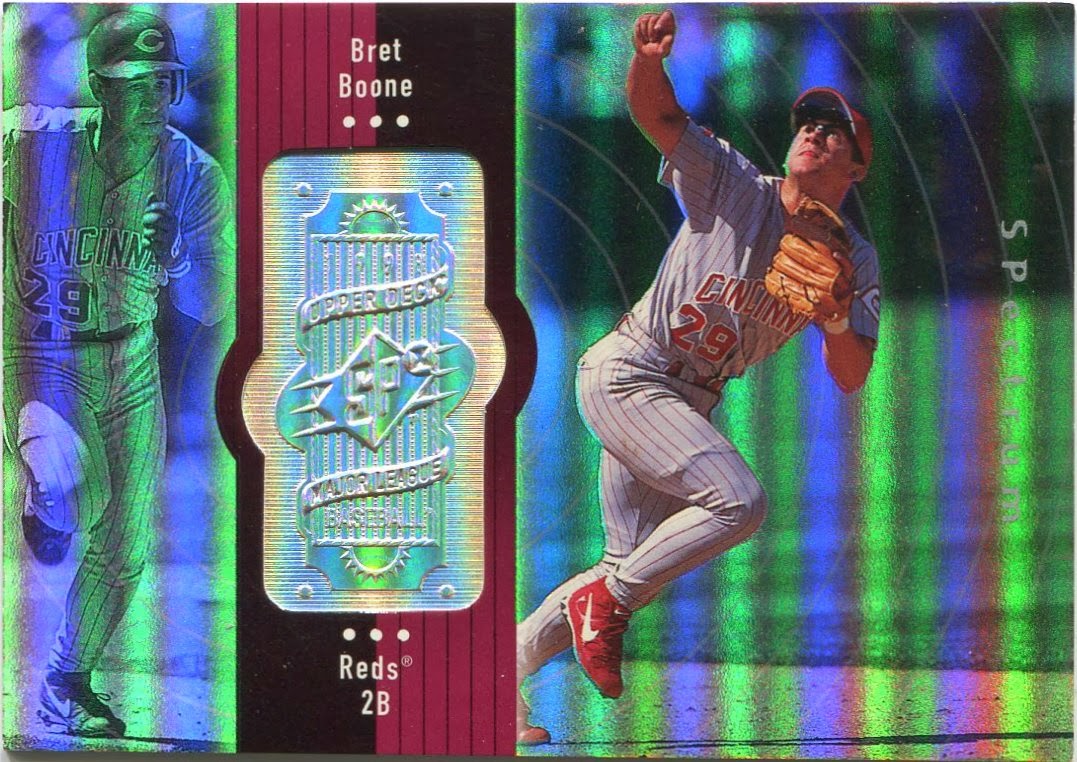 This uber-shiny Bret Boone is limited to 2,250 copies.

I'd pay a lot more attention to numbered cards these days if they all looked like this. 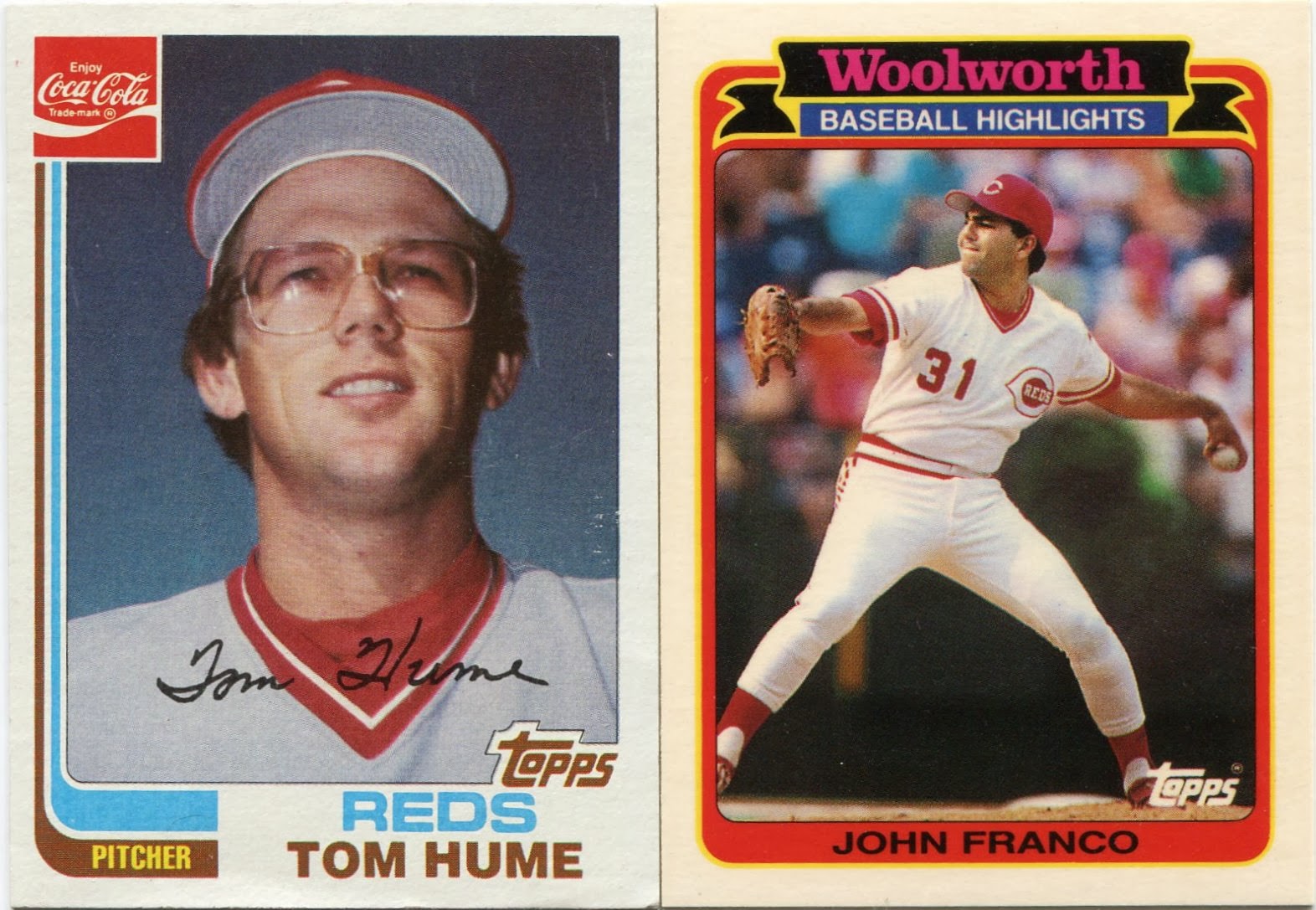 Magnificent '80s oddballs were no stranger to this stack, either.

I consume enough Coke as it is.

I don't want to imagine how much more I'd drink if landing new baseball cards was a possibility. 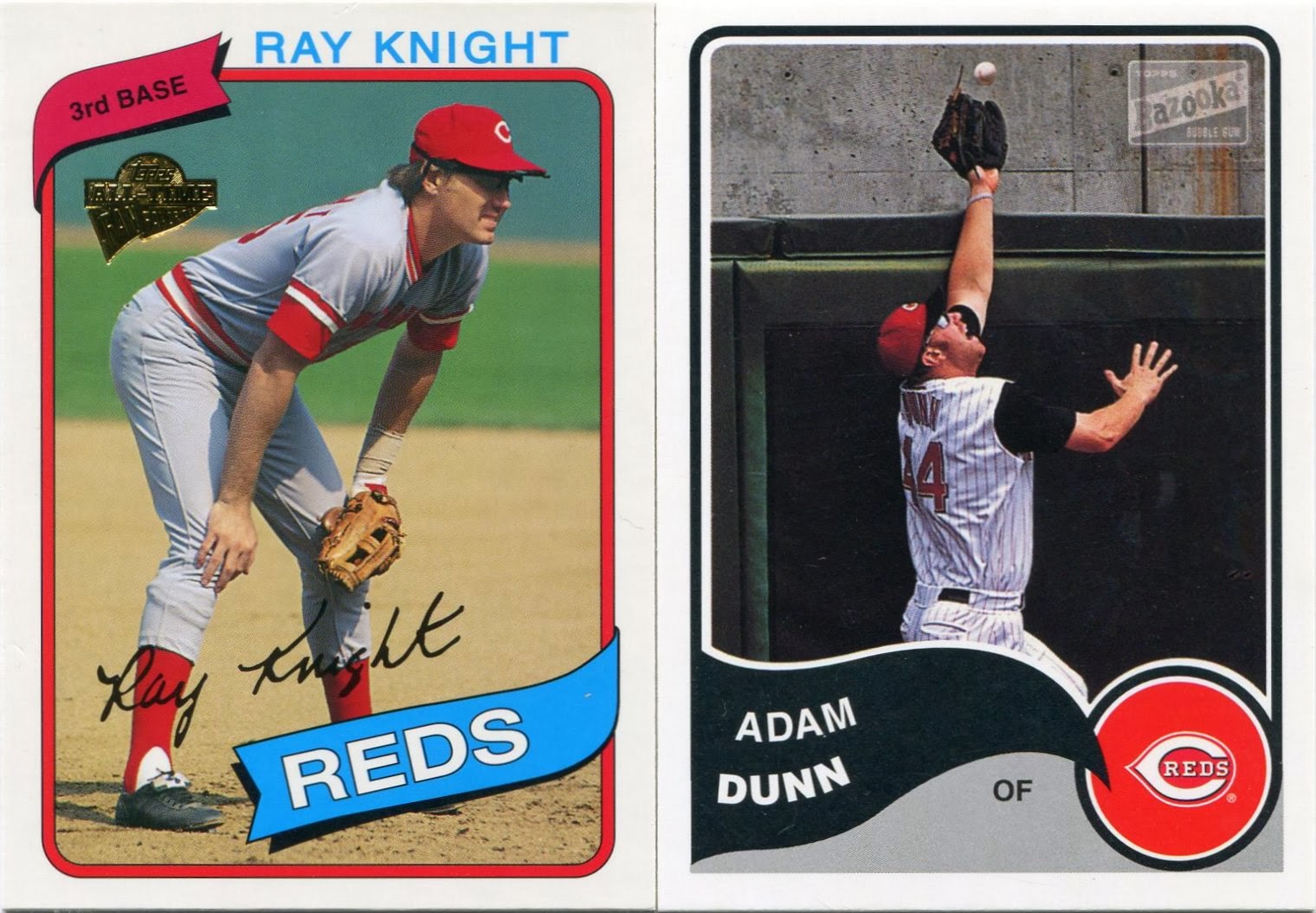 I don't think I've talked about the Reds this much during my entire two-year blogging career.

The Reds conversation moves on with Adam Dunn and his three-inch vertical. Joking aside, it's a tremendous addition to my "at the wall" mini-collection. 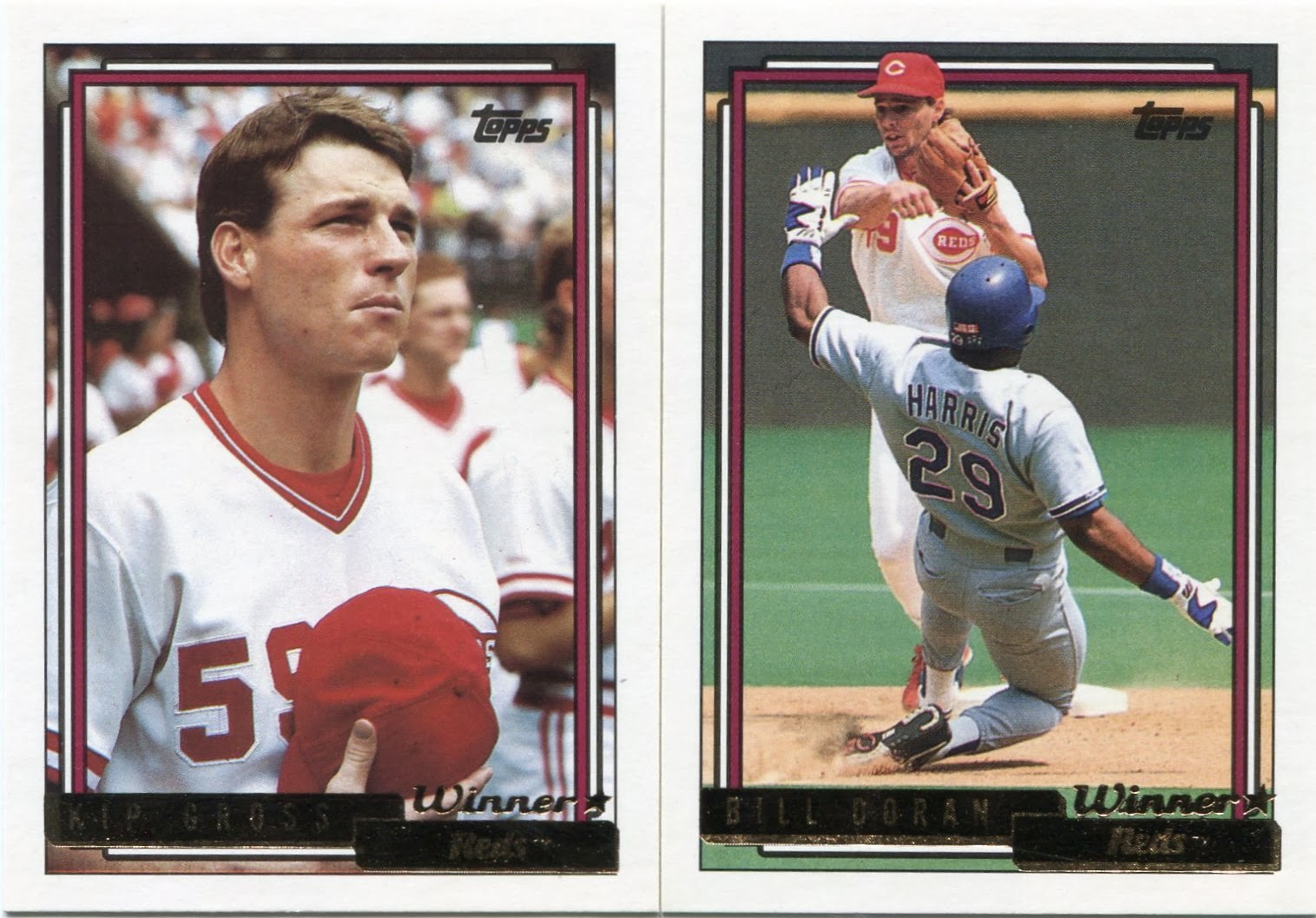 ...there were a few of those in this stack as well.

Courtesy of the 1992 Topps Gold Winners subset, these two are terrific gets for my "anthemic" and "double dip" themes. 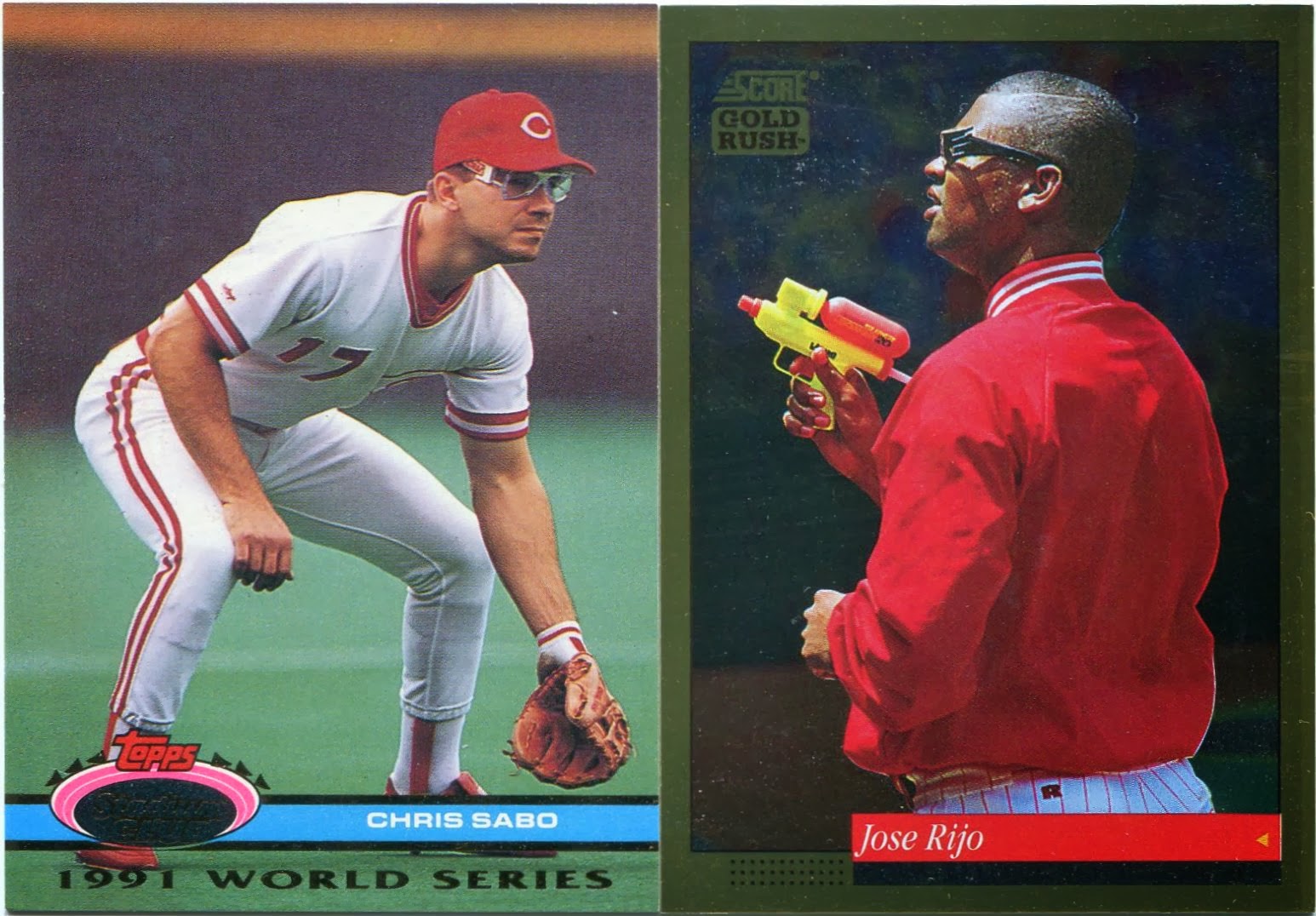 It wouldn't be a Reds package without appearances from Chris Sabo and Jose Rijo.

They're both kings of Cincinnati. 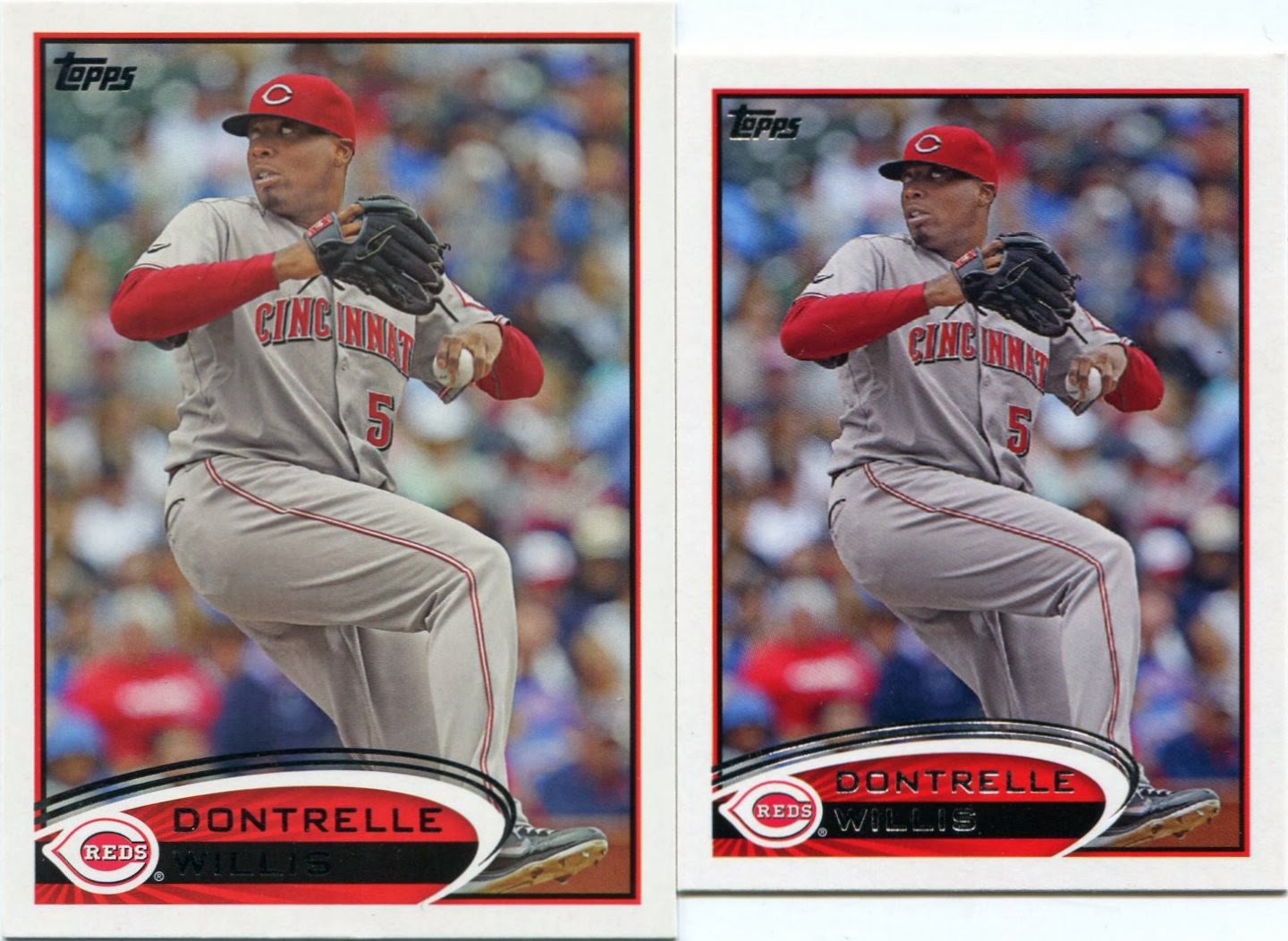 As of right now, Dontrelle Willis is pitching on a minor league deal with the Giants.

He's been toiling in infamy for the last few years. The 13 games he pitched with the 2011 are his final appearances to date. Though I'm a fan of Mr. Willis, I think his "sunset" issue will probably come from 2012 Topps after all is said and done.

Graciously, Matt tossed a few Topps Minis into this package.

For me, the best of the bunch was none other than Dontrelle Willis.

Though I'm not sure it'll ever happen, I'd love to see him back in the bigs one day. 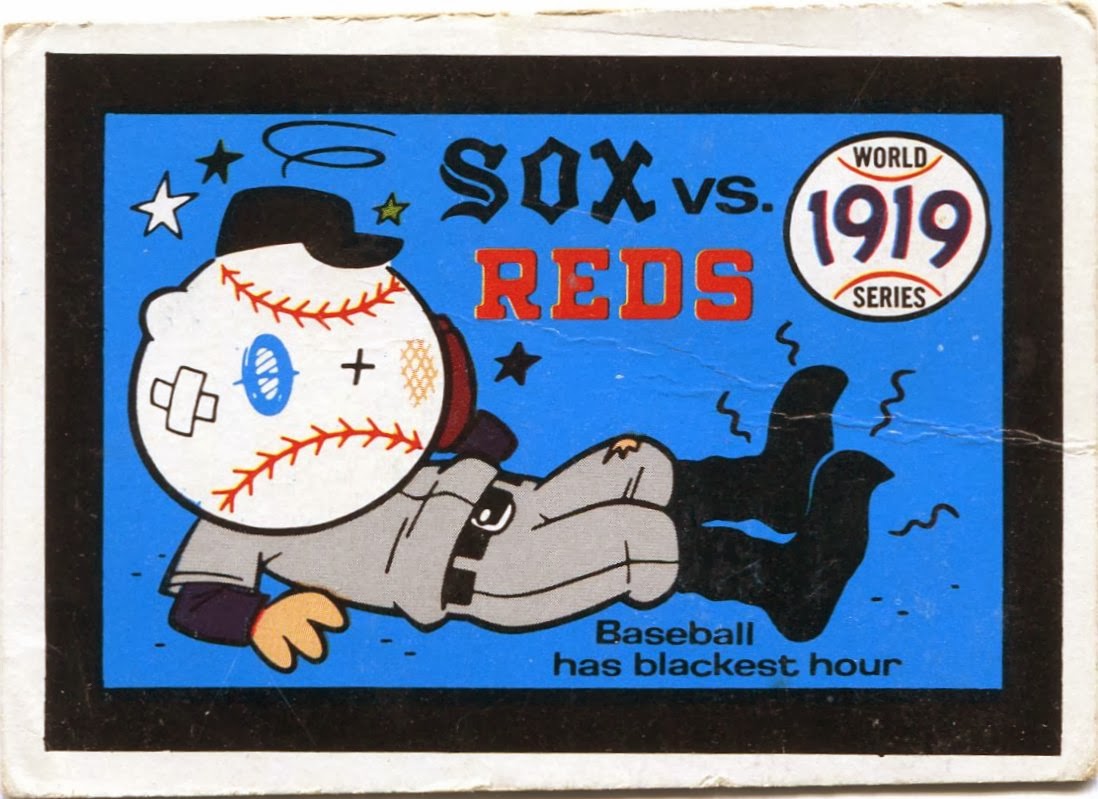 This was certainly unexpected.

I'm not sure if it was pure coincidence or if Matt remembered something from one of my past posts, but I find the 1919 World Series to be the single most interesting event in baseball history.

I've read a few different books on the topic and still rank Eight Men Out as one of the best baseball movies ever made. (It's one of my favorite films, period.)

Up until now, though, I didn't have a single card that commemorated (is that the right word?) the "blackest hour" in baseball lore. Thanks to the 1968 Fleer World Series checklist, however, I finally have one.

Still, it wasn't even the biggest surprise Matt had in store with this lot. 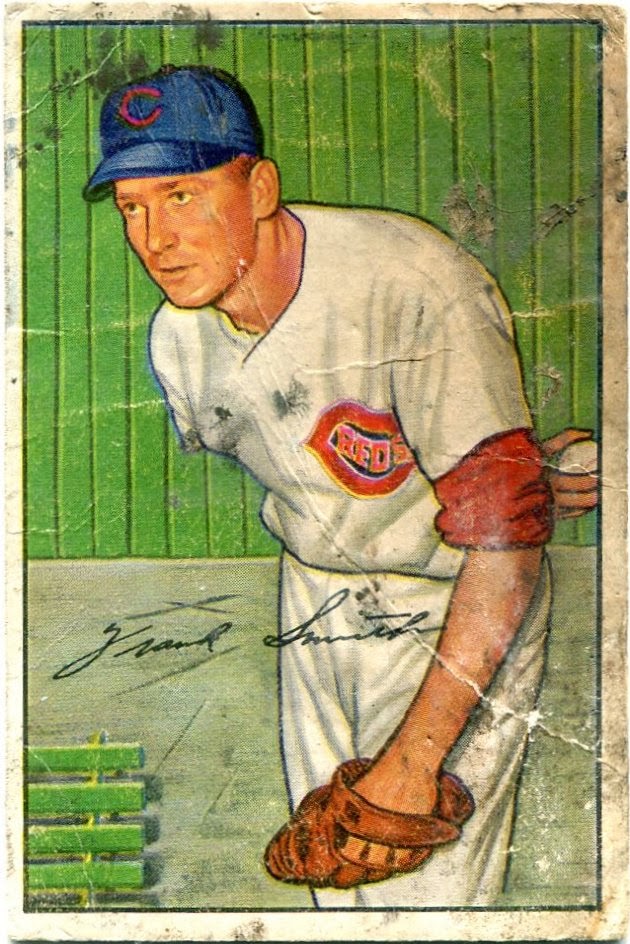 There's vintage, and then there's this.

This extremely well-loved 1952 Bowman Frank Smith is easily one of the oldest cards I've received from a fellow blogger. I certainly wasn't expecting it to be included with a stack of spares.

Somewhere along the line, though, Matt must've found an extra copy of this one. I'm more than happy to give it a good home.

After the shock of having something like this fall out of a trade package began to wear off, I thought long and hard. I knew I'd heard the name Frank Smith somewhere before.

It took me a few minutes, but I finally remembered that our very own Night Owl once blogged about a rather special "Brush with Greatness" he had with the late pitcher.

It's great to have a card of what sounds like one of the kindest human beings that ever lived.

Heck, maybe team collecting wouldn't be that bad of an idea for me.

If people like Matt have Coca-Cola oddballs and '52 Bowmans lying around, the possibilities are endless.
Posted by Nick at 1:30 PM

Glad you enjoyed the stack. And yes, every Red I sent was indeed a double, even the old Bowman.

You could always join 2 or 3 group breaks throughout the year and pick a different team each time. However, to me it would be a lot better to not be a team collector when joining a group break. As a Rockies collector, I know that the Rockies will not be the best team in the break 999 out of 1,000 times and most of the time I am in the bottom 5 of all teams. However if I wasn't a team collector, I could research which teams have the most cards in a certain break and choose strong teams accordingly to make it worth the entry fee.

Any 50's Bowman is. Good Bowman .no matter the condition.

Frank was a great one. I miss him.

I've had mornings when I felt like Mr. Red looks in that WS Card. Fortunately, it's been a while.

Wait. They had Topps Coke cards in 1982 too? Time to do some research and see which teams they produced cards for.