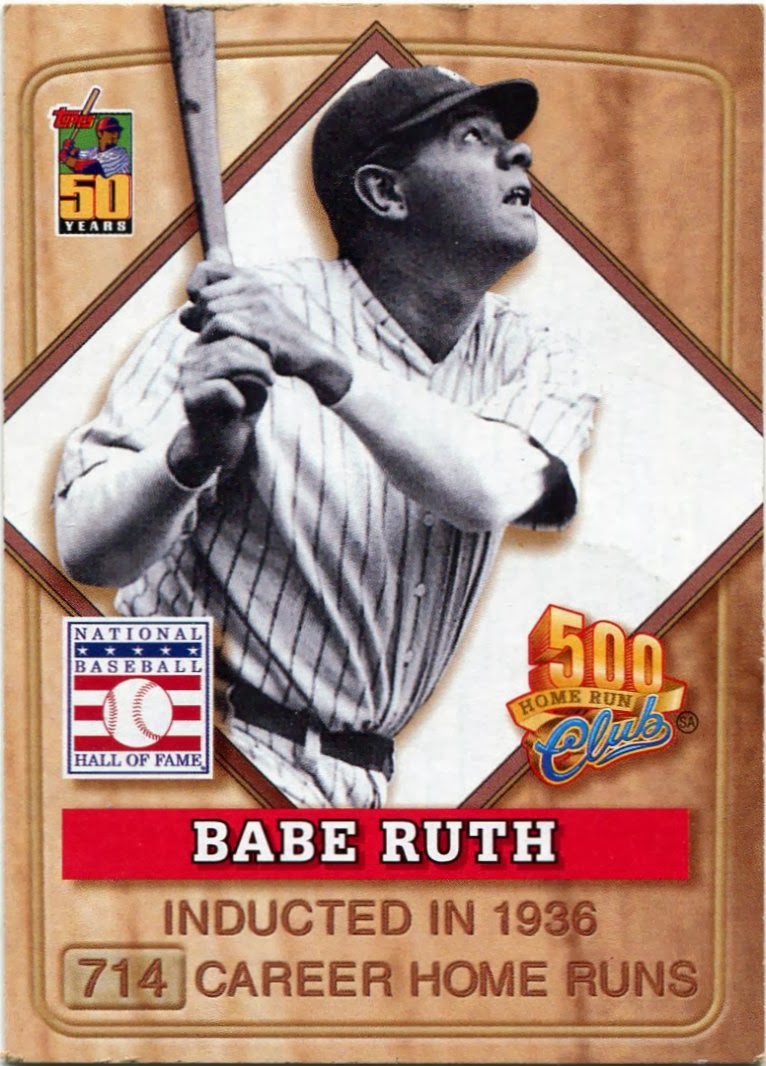 Trying to select the all-time greatest ballplayer in history can lead to a great deal of debate.

There's never going to be one true answer. Names like Ty Cobb and Ted Williams come up a lot. Pitching-minded fans might go with Walter Johnson or Cy Young.

Though it's nowhere near unanimous, Babe Ruth is probably the leading choice for the greatest of all-time. The man singlehandedly changed the game more than any other player in history.

Even though he retired almost 80 years ago, only two people have topped his mark of 714 career dingers. As if that weren't enough, "The Great Bambino" would've probably been a Hall of Fame pitcher had he stayed on the mound. He was the biggest two-way threat the game has seen.

To many, he's the best ever.

Still, that got me thinking. If I could piece together vital traits and parts from some of my favorite guys, what would that perfect ballplayer look like?

We'll start from the top down. 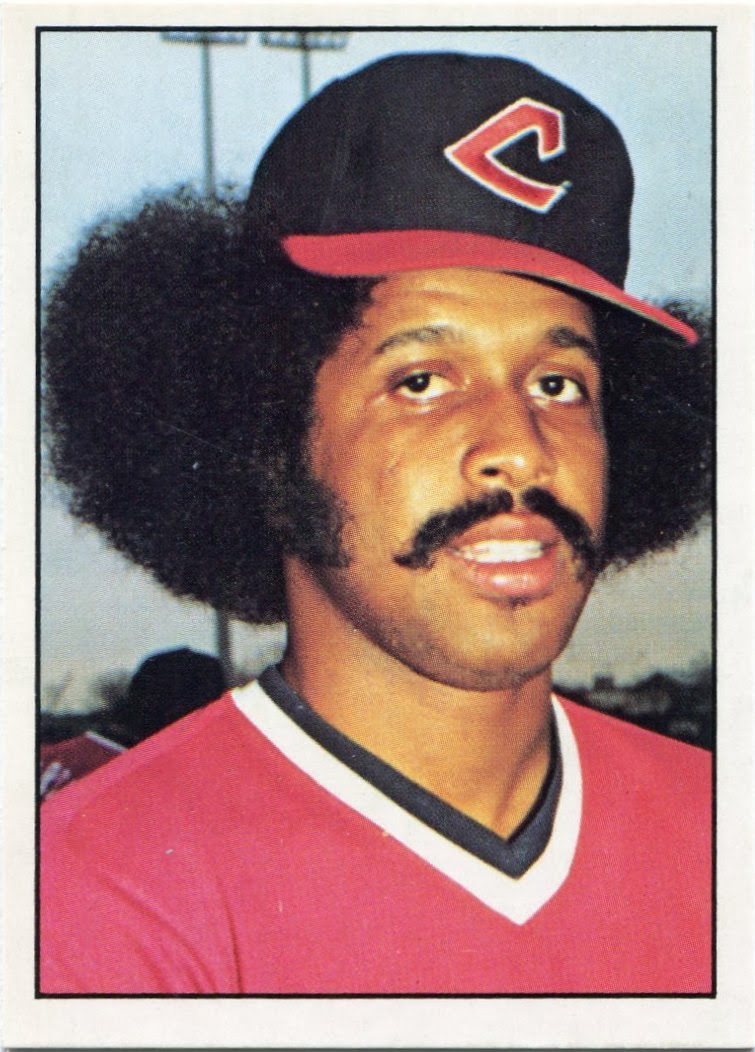 There's not much debating that.

It's a no-brainer choice for my perfect ballplayer. 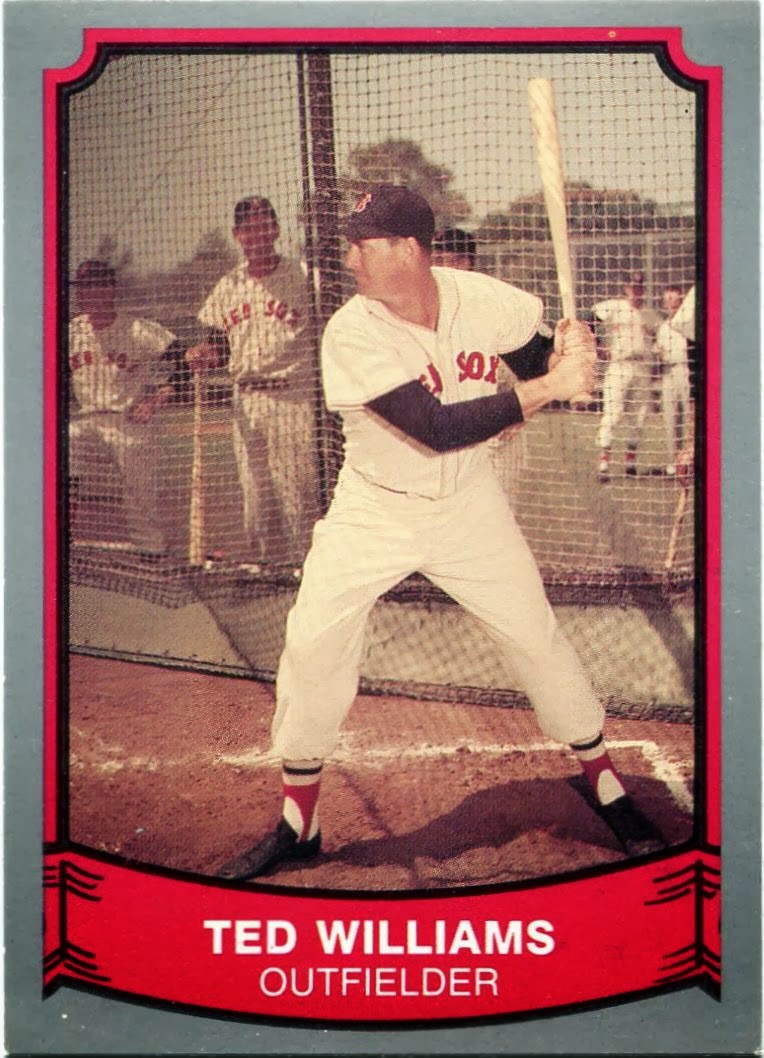 Hitting starts with the eyes.

If a player doesn't have good pitch selection, then chances are he's not going to do much in the bigs. If he gets there at all, that is.

His rank atop the greatest players in history may be debated, but I don't think there's any questioning the fact that Ted Williams had the greatest eyes the game has ever seen.

I think his .482 career on-base percentage pretty much puts that into perspective. The guy got on base almost half the time during his entire 19-year career.

That's a stat that still leaves me in disbelief. 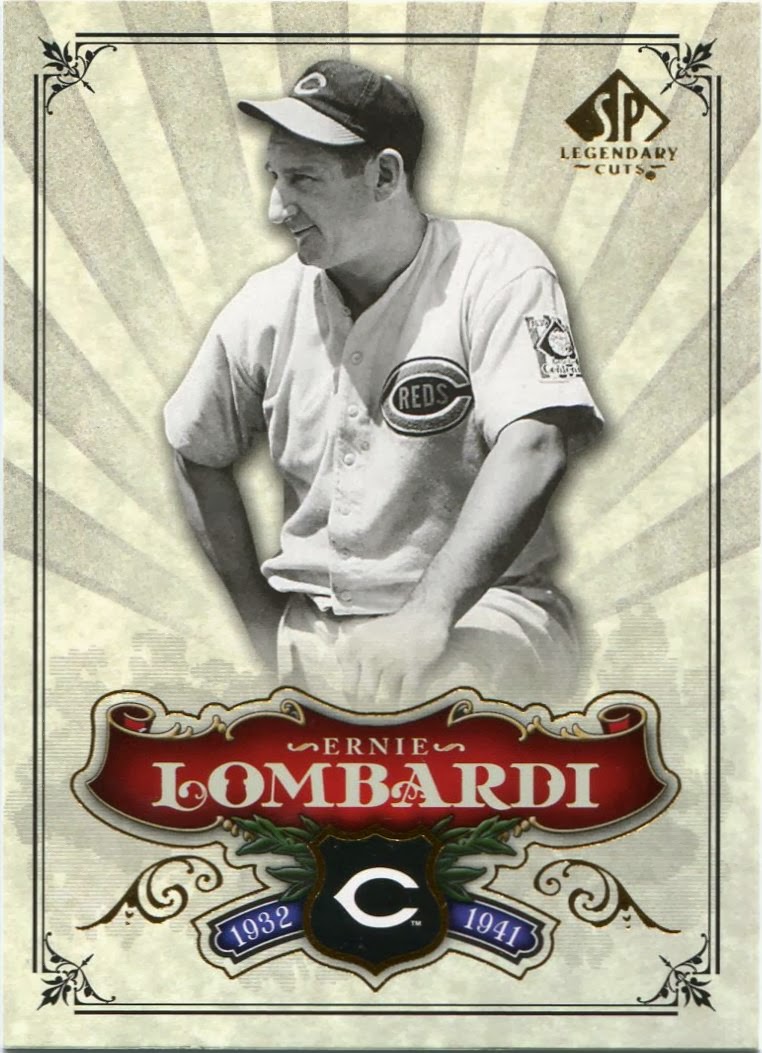 Ernie Lombardi didn't have a nose.

I figure a honker like that would keep things interesting. 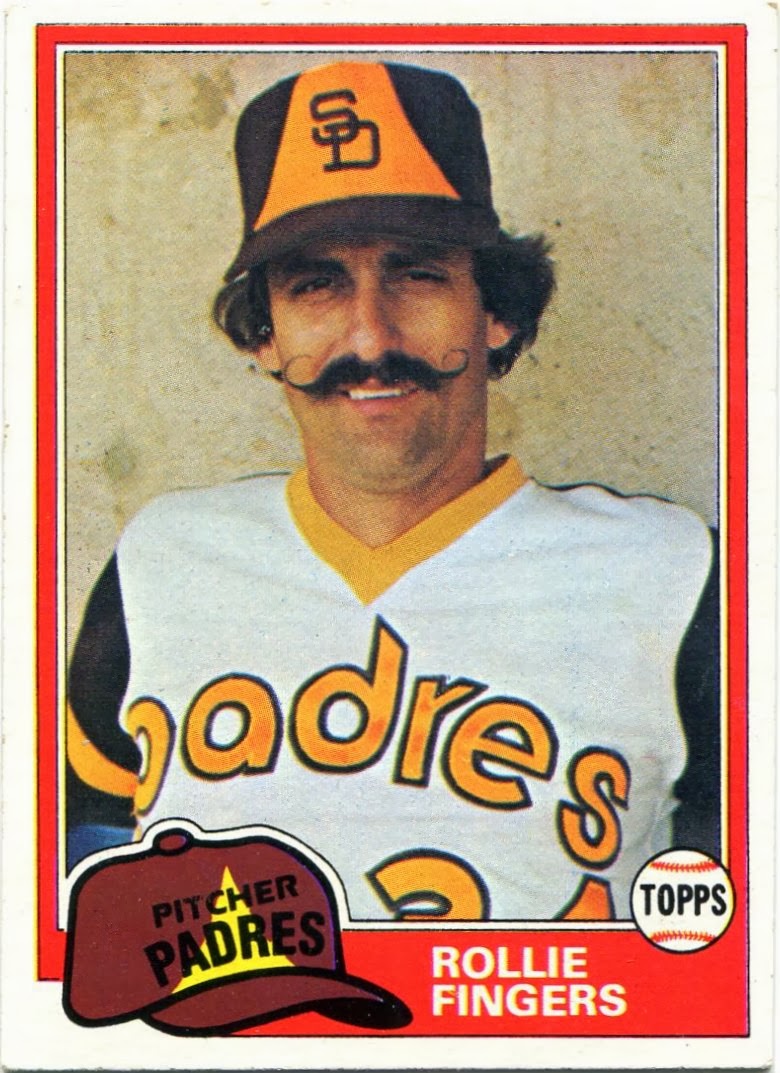 This is a part of the perfect ballplayer that could lead to quite a bit of debate.

Others may be inclined to go with Al Hrabosky's fu manchu or the legendary facial hair of Goose Gossage. There are a ton of different options.

The facial hair that sticks out the most to me, however, is the famous handlebar of Rollie Fingers.

Nobody made it look better than him. 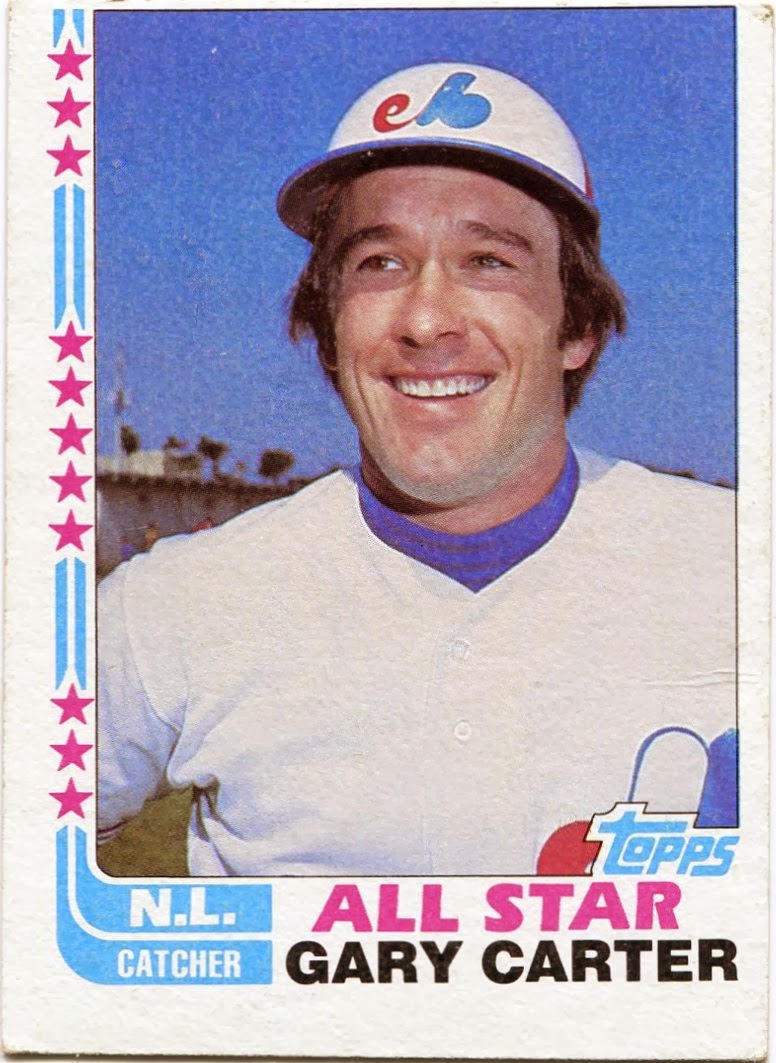 By all accounts, Gary Carter was one of the nicest big leaguers that ever lived.

His million-dollar smile pretty much says it all. 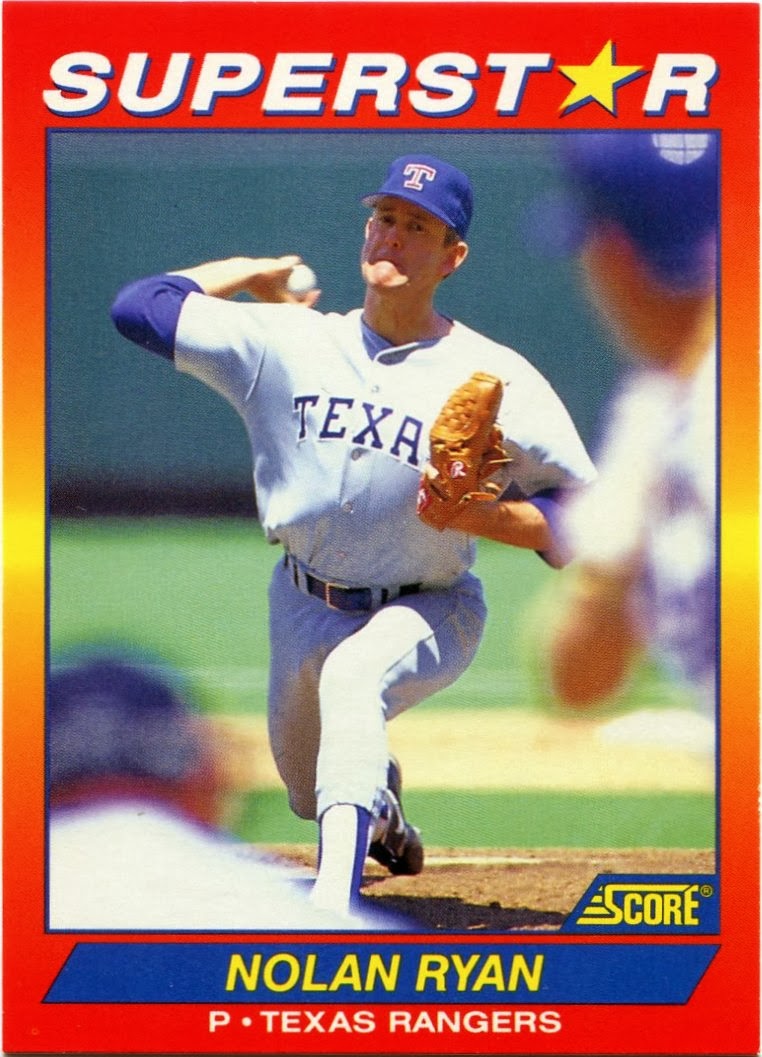 Except for the batting eye, all of the traits I've talked about thus far have been largely position-neutral.

Now, though, the debate for whether my perfect ballplayer should be a hitter or pitcher really comes into play. Because comparing the two is insanely difficult, I really don't have strong feelings one way or another.

I'm open to my perfect ballplayer being a hitter or a pitcher.

If the guy was on the mound, I'd give him Nolan Ryan's right arm. Though he does have the most strikeouts in history, he also had the most walks. Maybe control would be a slight issue.

To me, though, the sheer durability is what makes Ryan the go-to choice. While I'm sure his arm suffered an unbelievable amount of stress and fatigue, no one as ever played as many seasons as "The Ryan Express" in his 27-year career.

It's a golden arm if I've ever seen one. 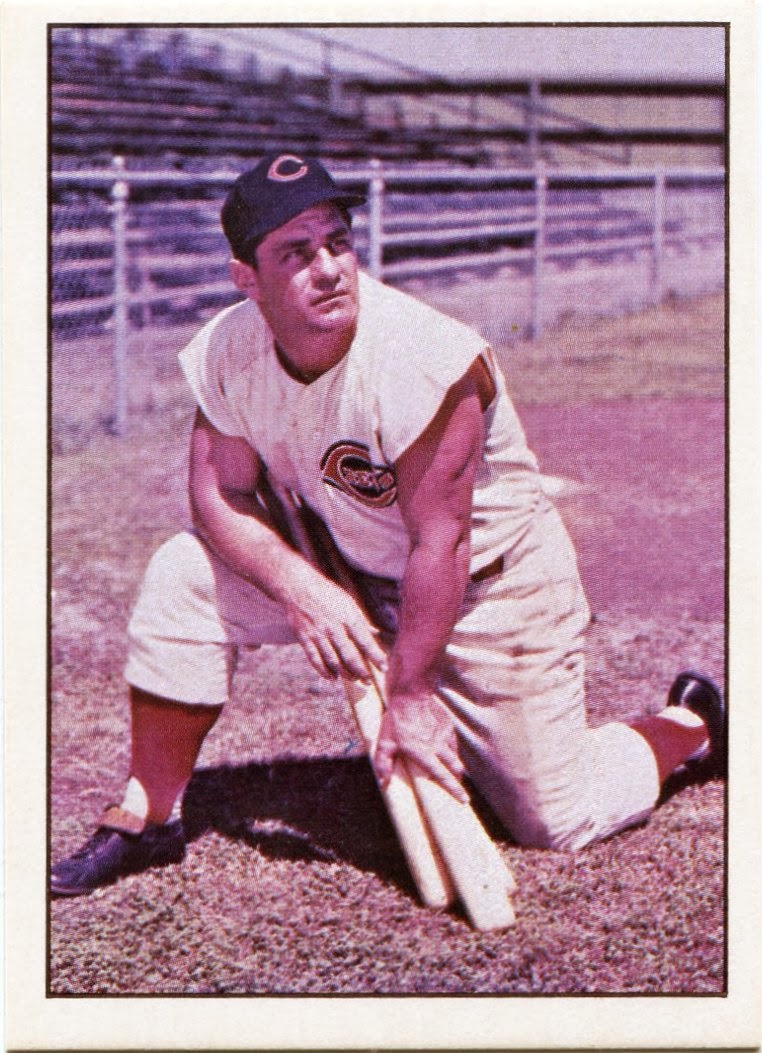 Athletes today can call themselves buff, jacked, or whatever other stupid term they want to use in place of "muscular".

None of their biceps can match the gargantuan pipes of Ted Kluszewski. Those pythons have to be a part of my perfect ballplayer.

I mean, just look at that gun show. 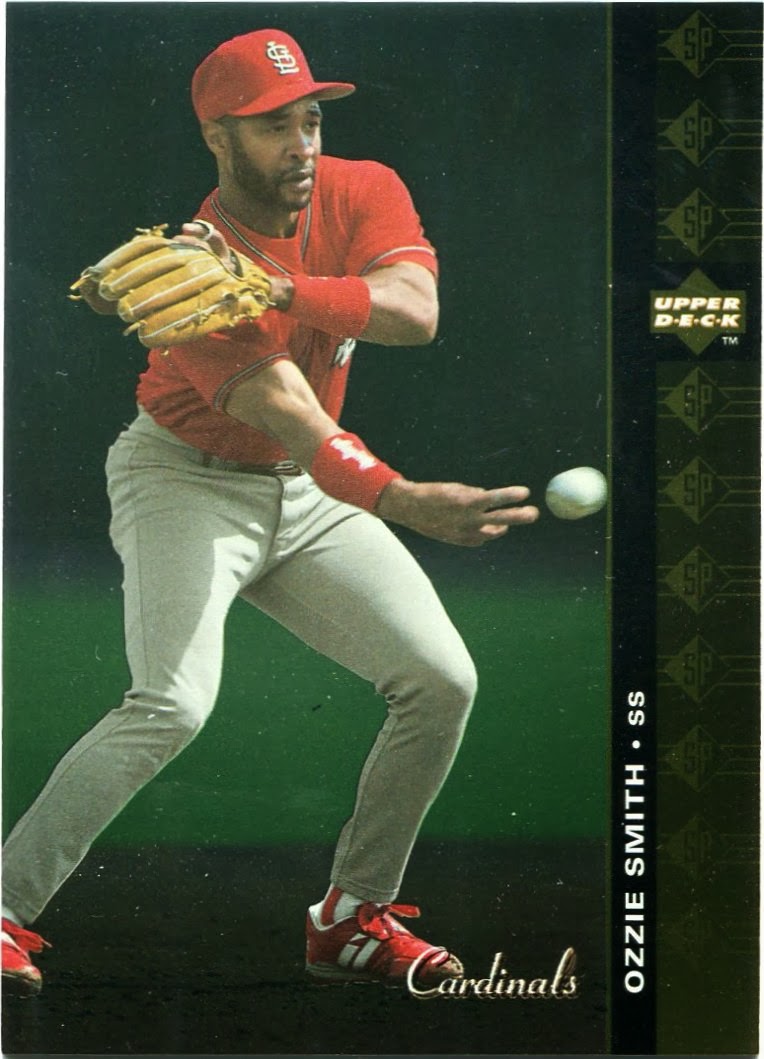 I don't want my perfect ballplayer to be one-dimensional.

He has to be able to play both sides of the ball. That's why I'd be inclined to give him the soft hands of "The Wizard".

The guy made it to the Hall of Fame almost solely on his fielding credentials. 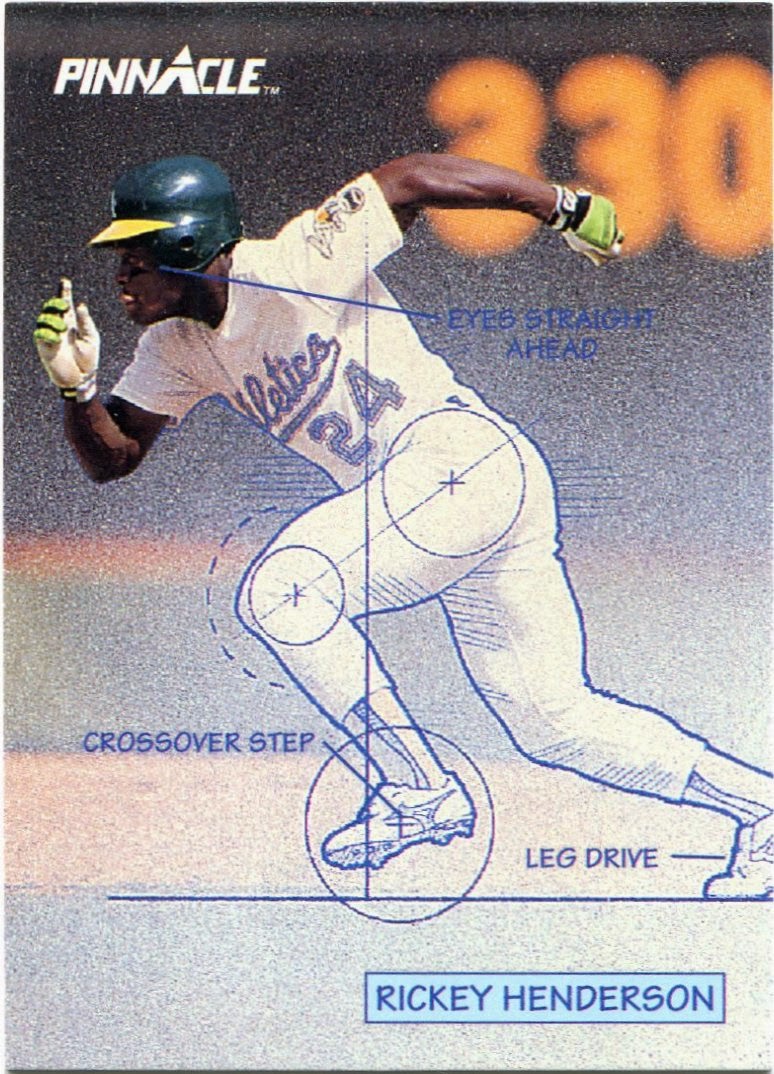 We've come to the final part of my perfect ballplayer.

It was probably the easiest to pick.

In a clip I've seen on countless occasions, Rickey famously called himself "The Greatest of All-Time" after his record-breaking 939th stolen base.

While I'd tend to question that, there's absolutely no doubt that he was the greatest base stealer of all-time.

No one has or ever will come close to matching his 1,406 career swipes.

I don't know about you, but this is my perfect ballplayer. With today's technology, maybe doing something like this really isn't that far away.

Now that would be something.
Posted by Nick at 6:50 PM

I'm not sure what trait to attribute to him, but Fisk's love and respect for the game has to be in there. Besides the willing of the home run fair, my fav story of Fisk is when Deion Sanders popped up a ball and half assed it down the first base line. Fisk looks at him and yells "RUN YOU &#%@"!

Aw, I was hoping the grand finale was a photoshoped frankenstein with all these parts. haha

Mr. Hoyle nailed it with Mossi's ears. That was the first thing that came to mind while reading this awesome post.

I agree with Hoyle and Fuji on Mossi's ears, but I would also add Wally Moon's eyebrow (not plural)!