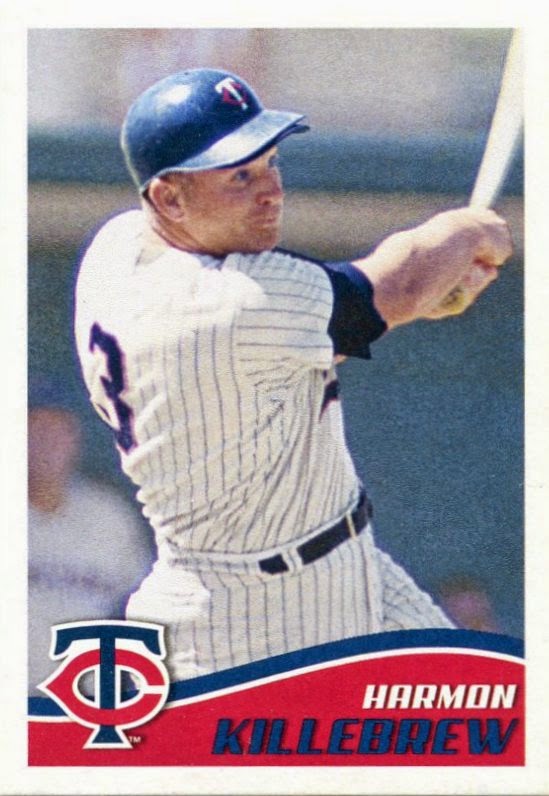 Unless, for some odd reason, you came here expecting to see something other than baseball cards...and, well, if you're in that boat, April Fool's!

No, what we have today is good old trade post. From time to time, I'm lucky enough to get emails from people who just flat-out offer to send me cards, no questions asked. Those kinds of emails always make me blush, because I honestly don't feel worthy of the types of gifts people bestow upon me.

I received one such email from a fellow reader named Brian, who is actually located pretty close to where I live and not far from that LCS I discussed yesterday. Due to our proximity to each other, I think the PWE he sent arrived the day after he mailed it.

If only every transaction at the post office could be as smooth. 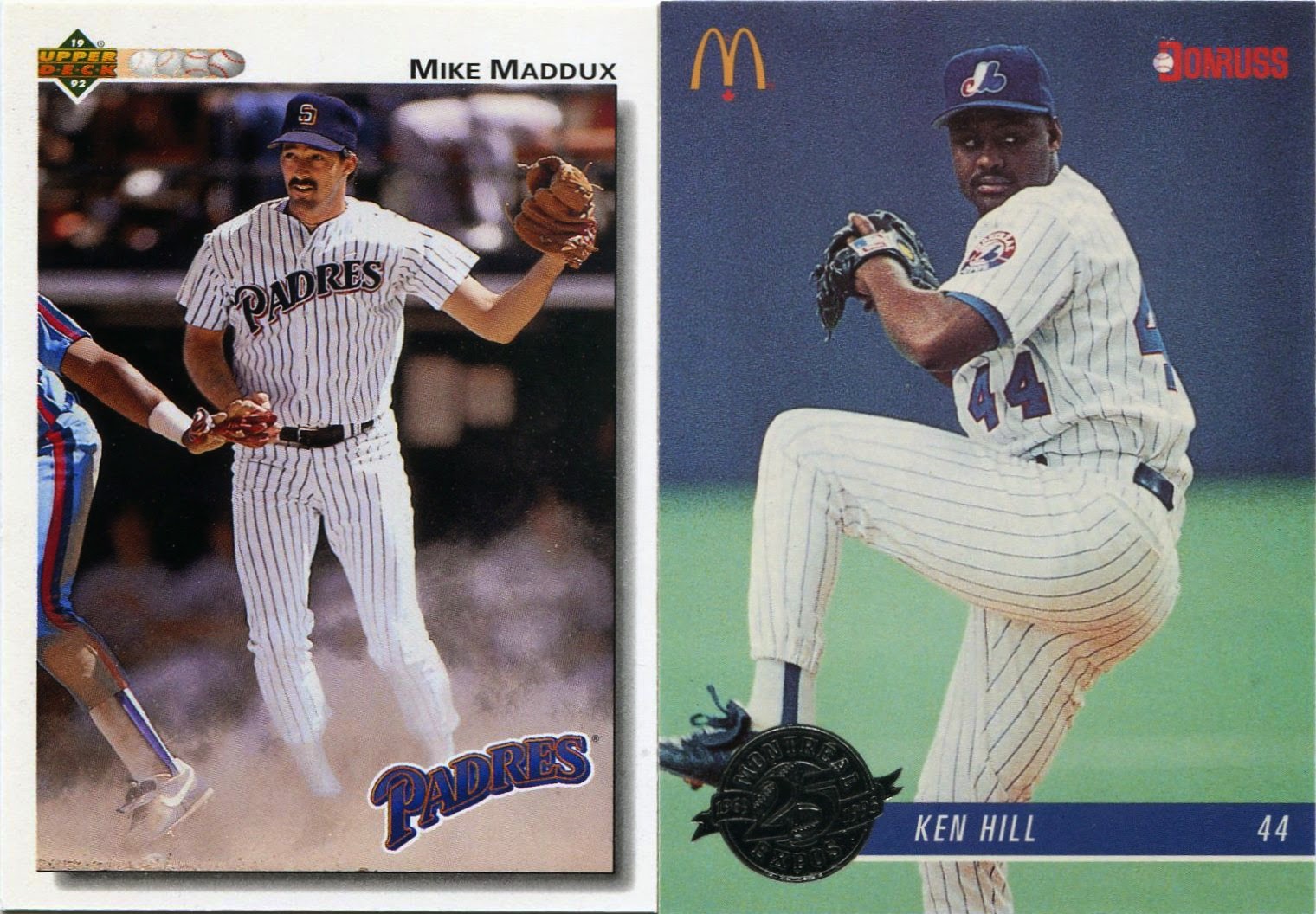 On top of the neat Killebrew sticker I just showed, Brian threw these two gems into the mix.

The Maddux is a rare pitcher-centric play at the plate, and the Hill is some kind of McDonald's oddball. I don't have much info on it apart from that. Now that I think of it, there aren't a whole lot of McDonald's baseball cards out there.

Odd, considering you seem to see the Golden Arches on every block. 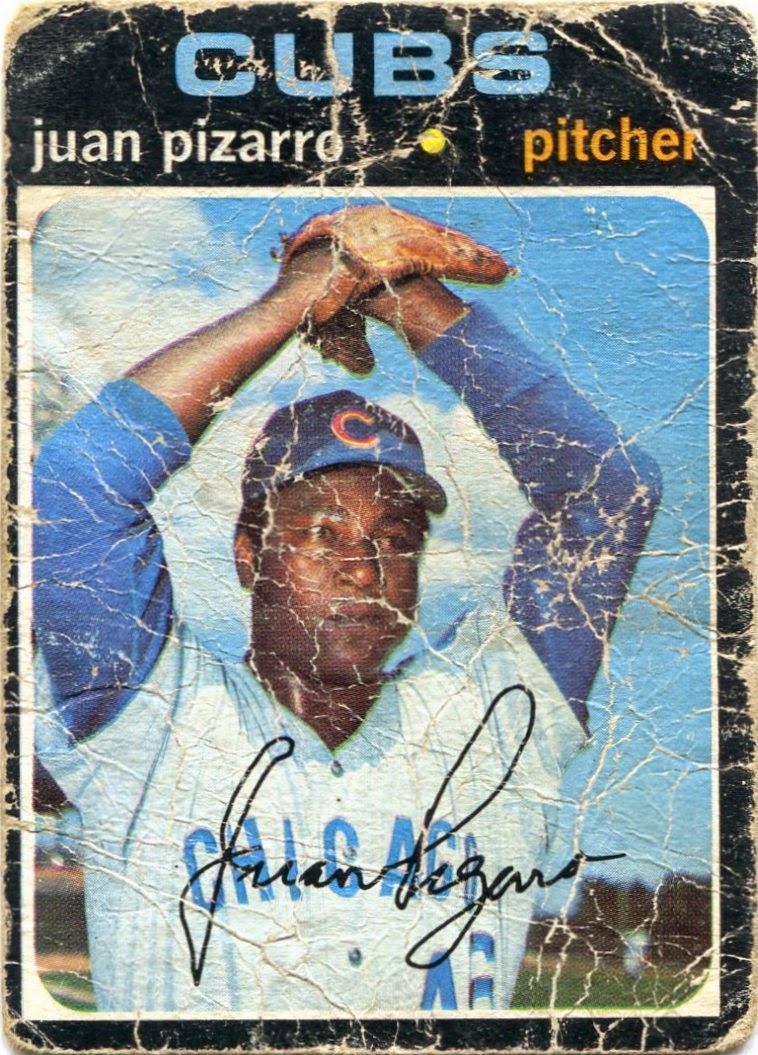 Although the PWE would've been fine on its own, Brian couldn't let sleeping dogs lie.

A short while later, I found another stack of cards from Brian on my doorstep, this time in the form of a beefy bubble mailer.

Amongst the gets was perhaps The Most Creased Card in History with this '71 Topps Juan Pizarro. Seriously, I wish this card could talk.

Oh, the stories it would tell. 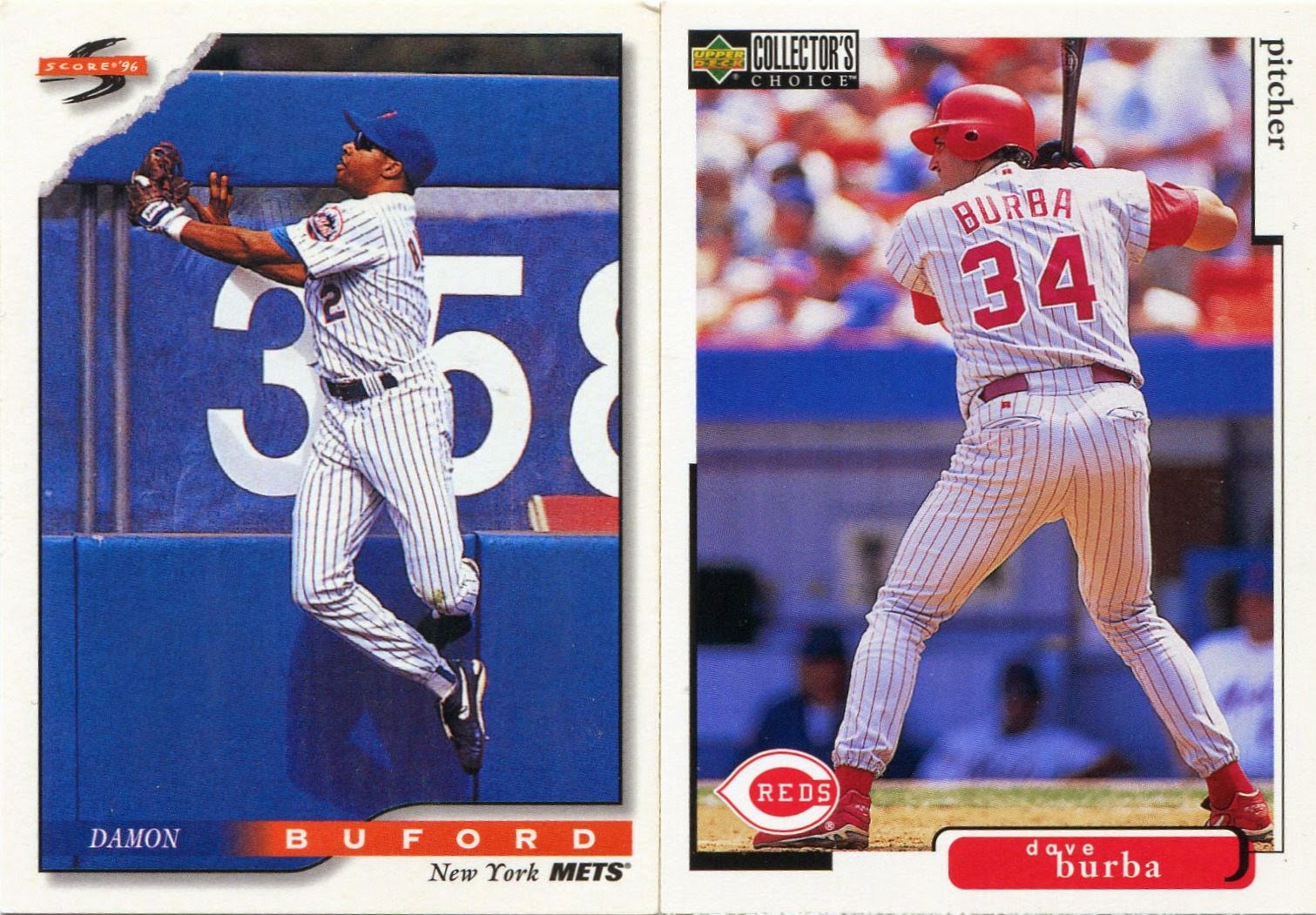 This PWE/bubble mailer combo was my first trading experience with Brian, but he already has his mini-collection abilities down.

Looks like Damon Buford's trying to fix the rip in that 1996 Score design. 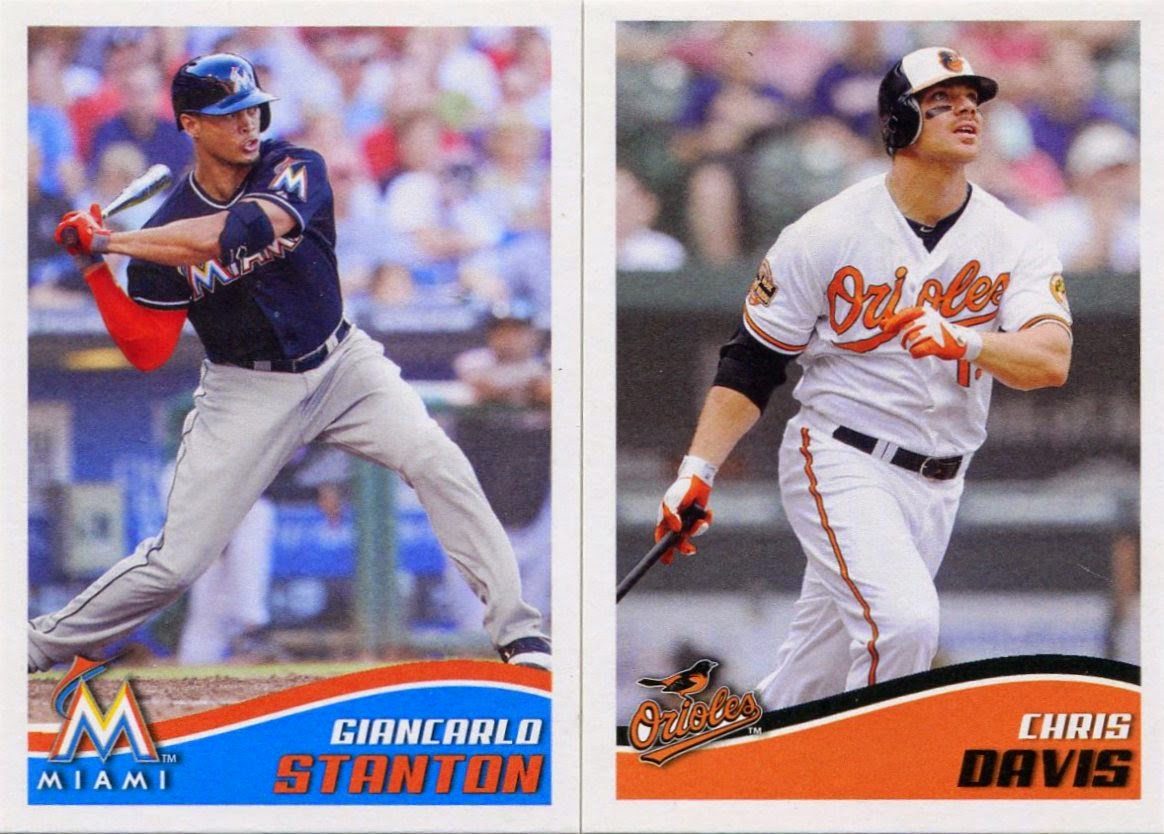 Brian upped the sticker ante with this pair.

Between these and the Killebrew, I'm almost ashamed to admit that I've never bought a pack of Topps Stickers. They might not exactly be binder-friendly, but they're still cool. Especially with a meager 99-cent price tag.

I'll have to pick up a pack during my next Target run. 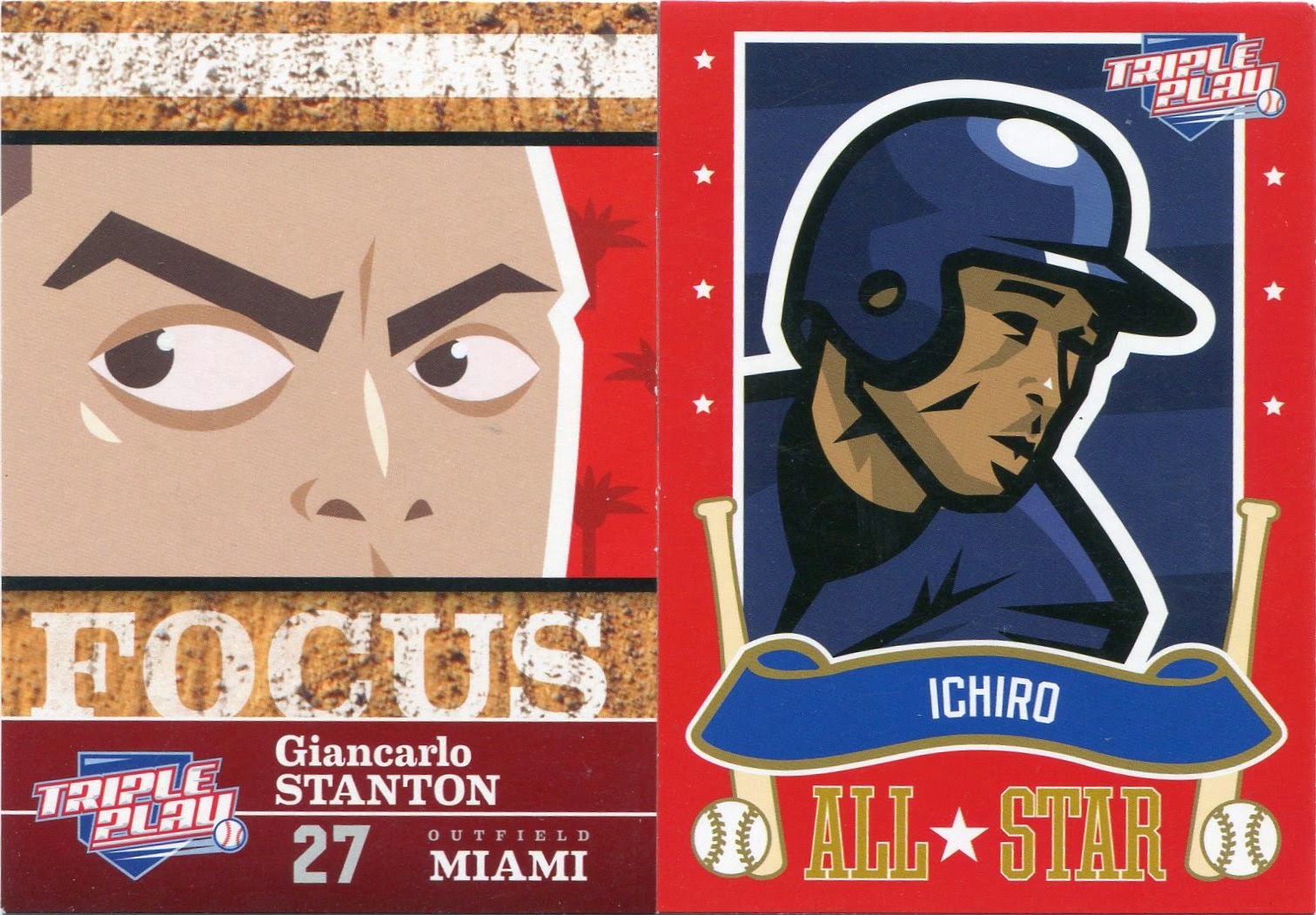 'Twas a set that produced much confusion and fascination on my part. Triple Play didn't last very long, but it managed to turn at least a couple heads while it was around. 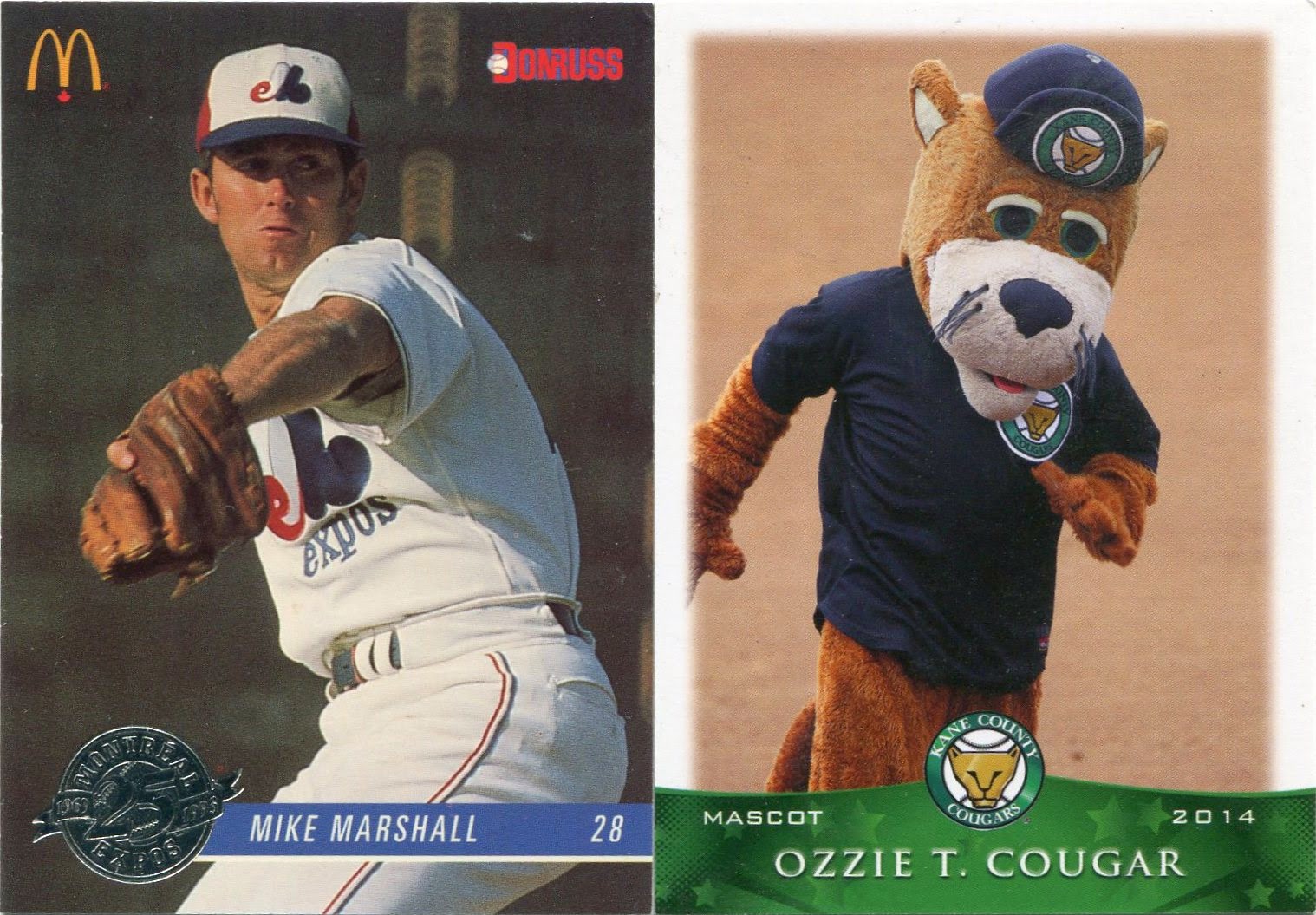 I attended quite a few Kane County Cougars games as a kid, so that mascot card particularly hit home with me.

And, as an added bonus, it made me laugh. That's always a plus.

Brian included a little more from McDonald's, this time including a card of Mike Marshall wearing one of those glorious Expos pinwheel caps.

I'll say it until I'm blue in the face, but, for goodness sake, bring the Expos back! 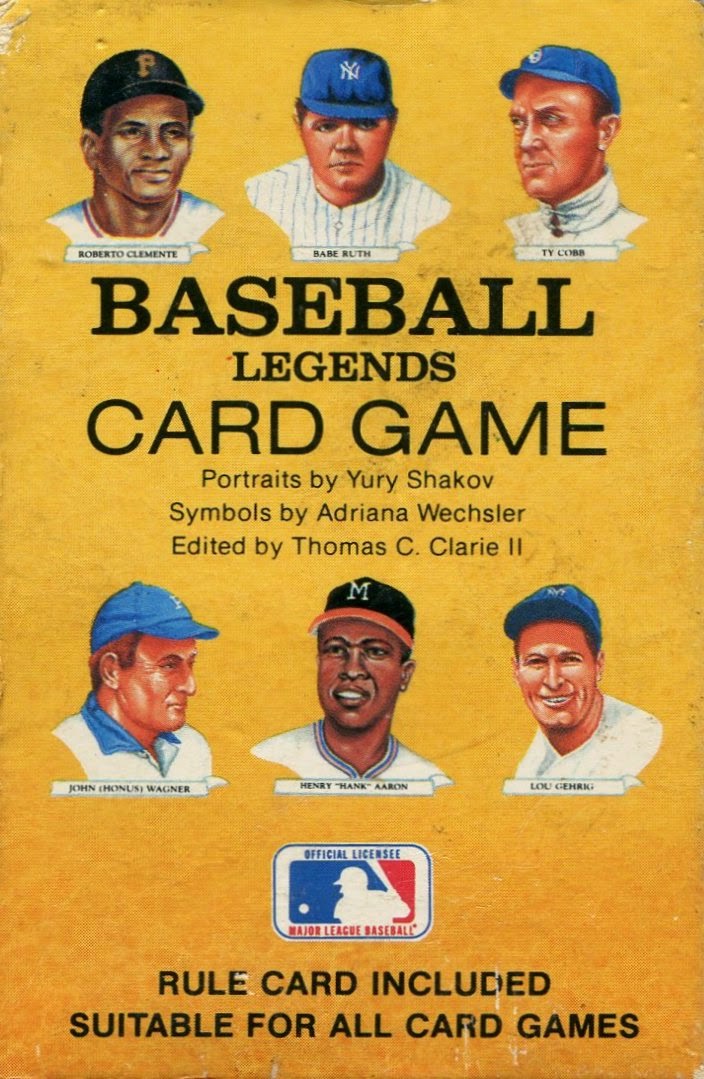 All things considered, this was the real coup of Brian's bubble mailer.

I'm not much of a gambler, but I do like to play cards. Blackjack, Poker, War...you name it, I'll play it. (By the way, when are they going to add War to casinos?)

These beauties have baseball players on playing cards. 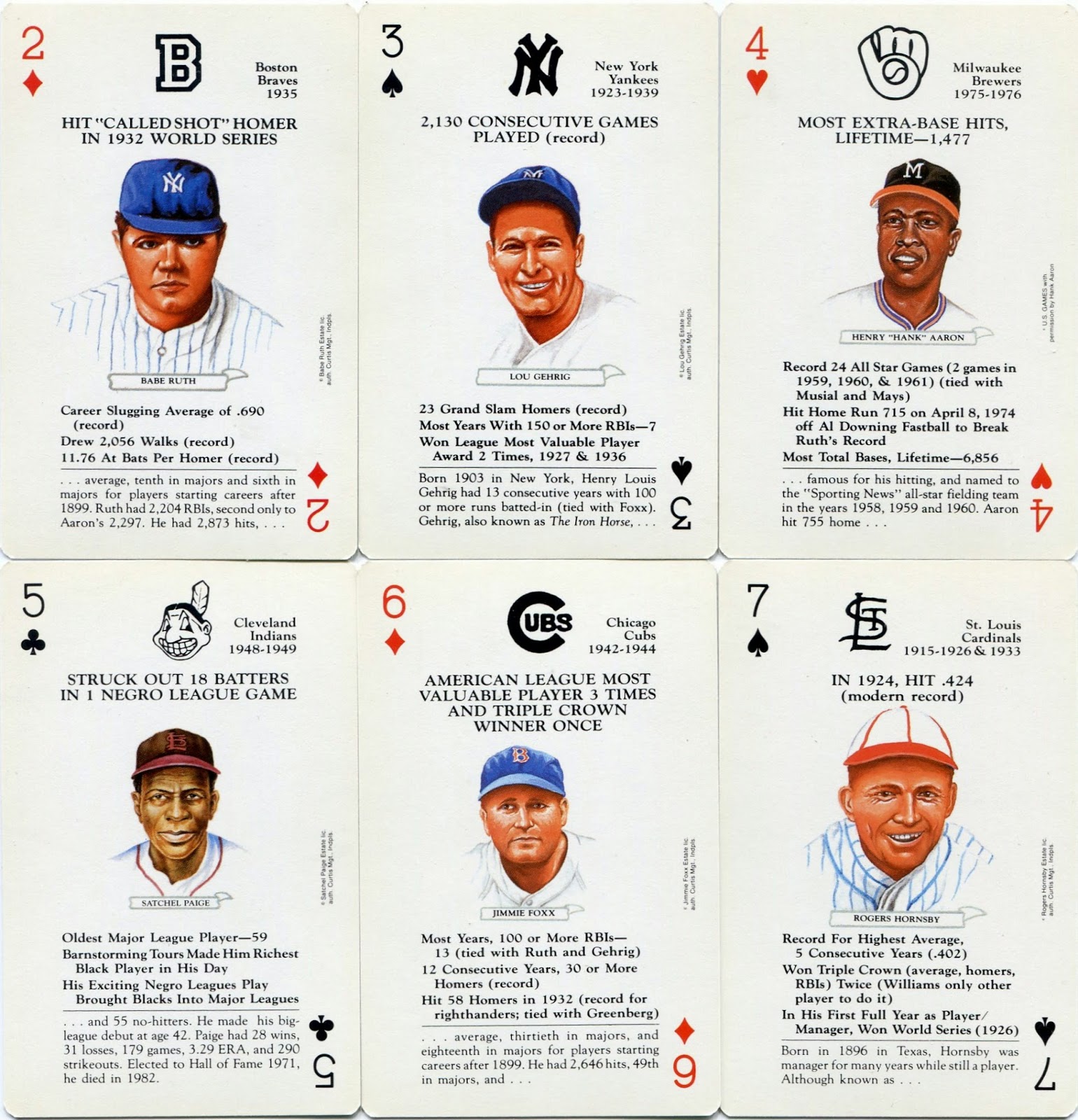 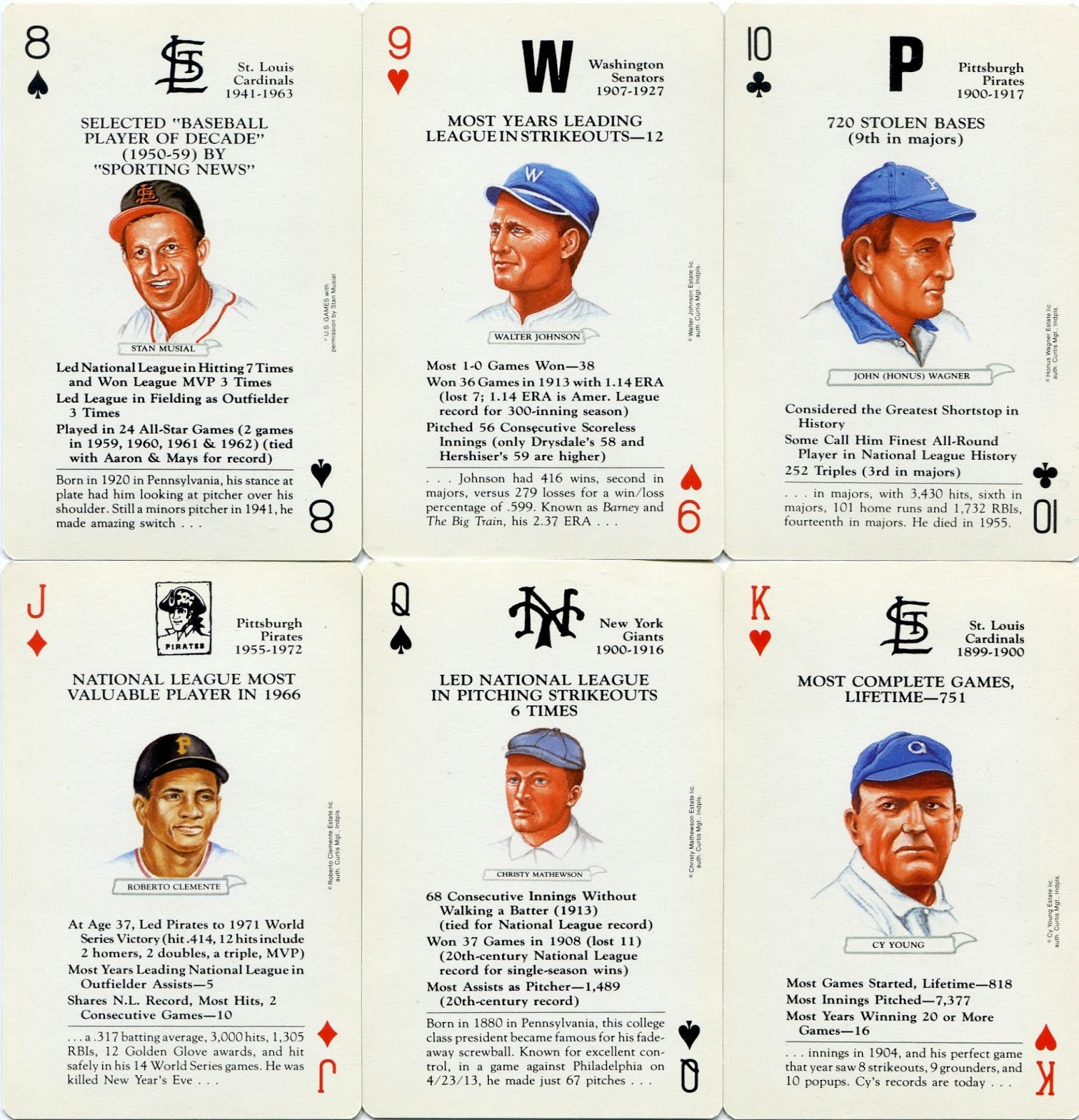 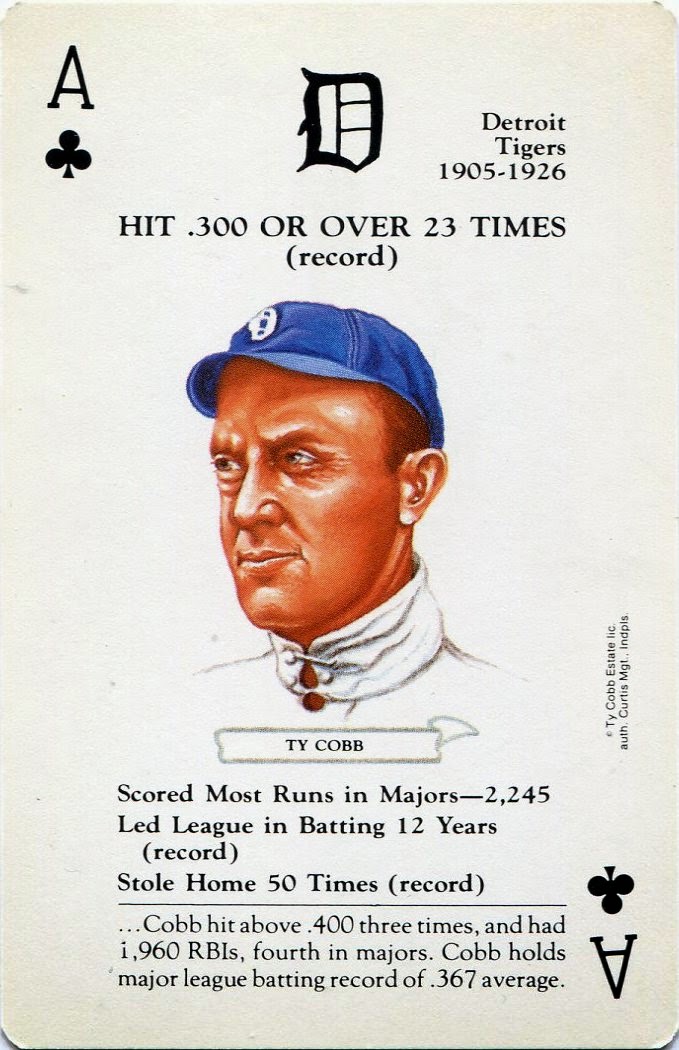 It's the best of both worlds.

I've found single cards from this set here and there over the years, and distributed them in my binders accordingly. But I'll be keeping this 52-card batch intact. (And, don't worry, I won't make you play 52-card pickup.)

This is the kind of neat little oddball item that I always think I'll find at a thrift store, but never do. (My thrift store shopping has come up empty thus far in the realm of baseball cards.)

Maybe it's time I ran a Casino Night here on Dime Boxes. Thanks to Brian, I finally have some baseball-centric playing cards in hand.

Anyone up for some Blackjack?
Posted by Nick at 6:32 PM

I love how the Aaron four of hearts card (a) shows him with a Milwaukee Braves hat; (b) lists him on the 1975-1976 Brewers; and (c) uses the Milwaukee Brewers logo that the team itself didn't use until 1978.

Great group of cards there!

DEFINITELY NEED TO FIND ONE OF THOSE CARD SETS/DECK.

Thanks for the shout out, Nick! Glad you like the goods I sent your way. Still stacking them up for you as I organize my collection.

If anyone else is up for trading, I'm game. Feel free to email brian dot e dot salgado at gmail. I'm on Twitter as @boxofcubs, too. (Sorry, no blog)

That's quite the stacked deck!

The McDonald's is actually from a McDonald's Canada promotion. The 1992 versions were basically the same design as the Donruss base. There was a slight change with 1993, although the Toronto version was basically a World Series special. You can turn it over and enjoy the bilingual backs, but, since this was for Quebec, a greater emphasis on Franch.

Those stickers are nice. Also, always had a real liking for the 96 Score set. Crisp design and some real nice photos.

Those playing cards are a phenomenal find! Though, I'm curious why they chose to list Foxx as a Cub and picture him with the Sawx. Not to mention he's mostly known for his time with the A's. These cards are playing a game alright!

I was trying to complete the 96 Score set in an attempt to get all of them autographed one day, but gave up on that one when I couldn't even concentrate on the 262-card 1992 Studio. That's why you'll see a lot of those cards in my packages, Nick. Tons of nice shots.