And I thought I was old 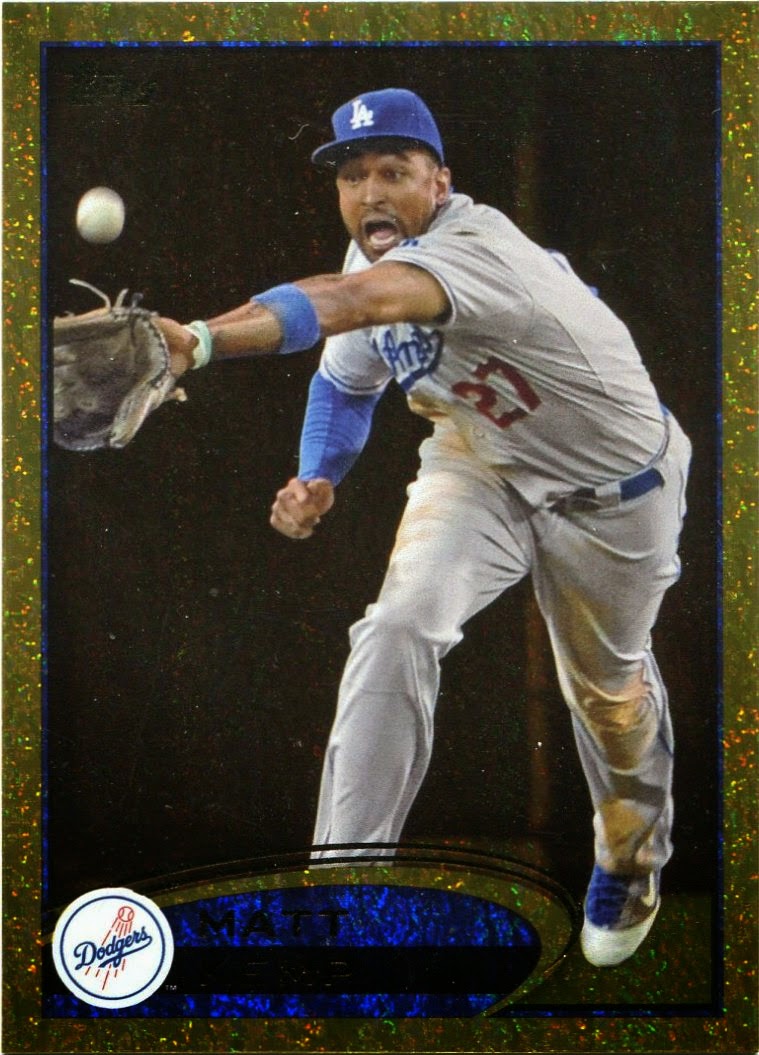 I've been at this blogging thing for a while now.

With over three years in the business, I like to think of myself as one of the grizzled old vets of a blogosphere roster filled with new up-and-coming stars. I broke into blogging in December of 2011, and, sadly, a lot of the blogs I read then aren't around here in 2015.

Still, while I might be one of the "old men" of the blogosphere, there are other bloggers who have some time on me. One of those fellow collectors is Mark (a.k.a. Mr. Fuji) of the awesome blog "The Chronicles of Fuji," who has been blogging since March of 2010.

The "old man" himself just so happened to drop a trade package on me recently, which included this neat gold sparkle parallel of (now) ex-Dodger Matt Kemp.

We're about a week into the season and I'm still not used to seeing Kemp in a Padre uniform. 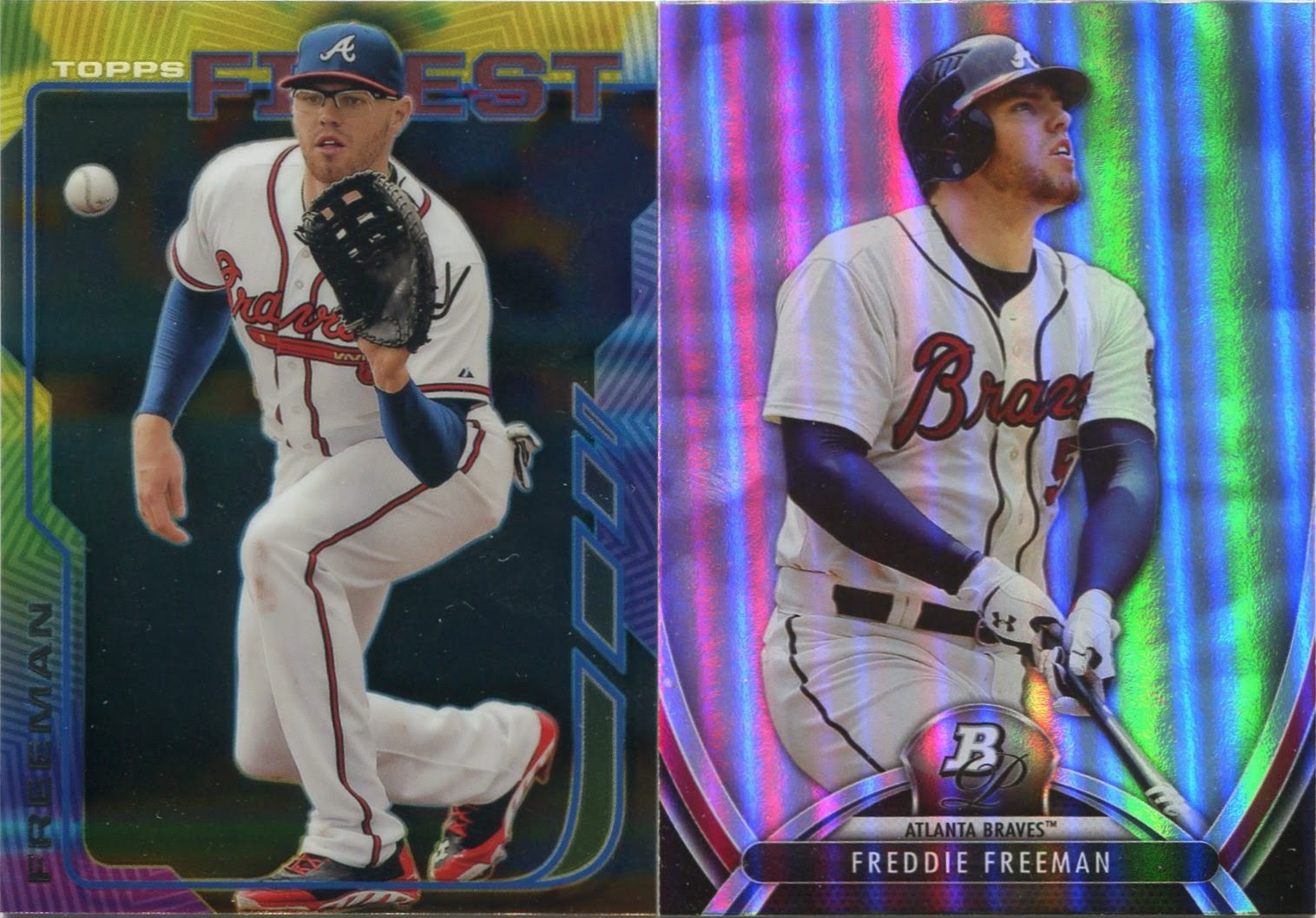 I've never worn glasses myself, but I find it easy to get behind any ballplayers who do. 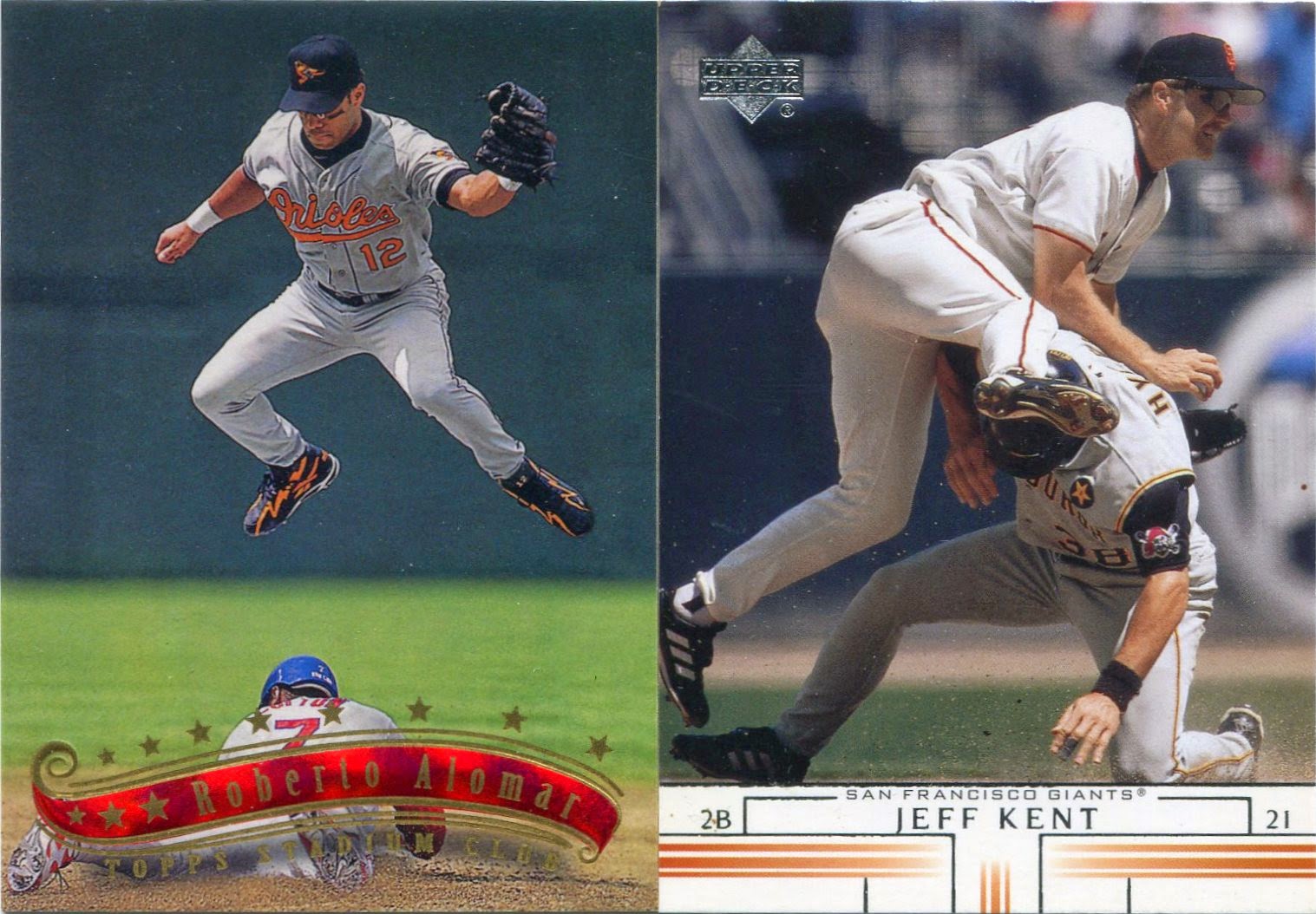 At first, I thought that Stadium Club Robbie Alomar was a double dip.

Upon further examination, though, I'm pretty sure it isn't. I'm guessing he's fielding a high throw following a stolen base attempt none other than Mr. Kenny Lofton. Not a double play, but still a great piece of cardboard.

There's little doubting the double dip status of the Kent. 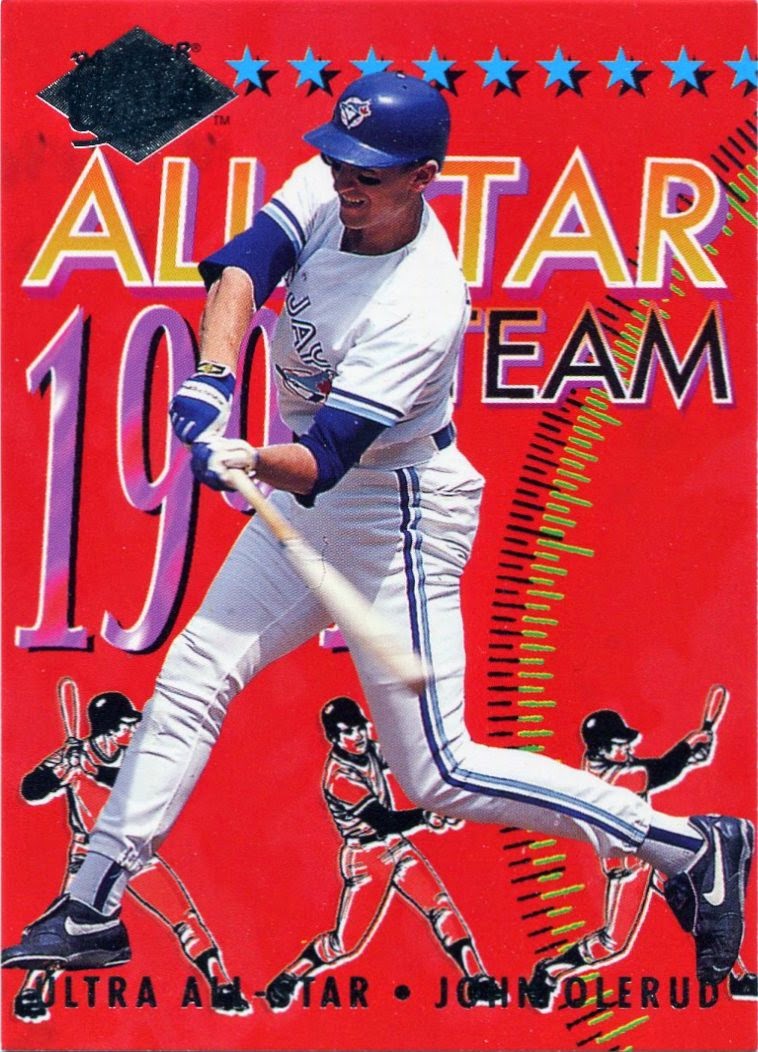 Also included was this wild insert of Mr. John Olerud.

I'm a little afraid to look directly at this card because of all the bright colors. 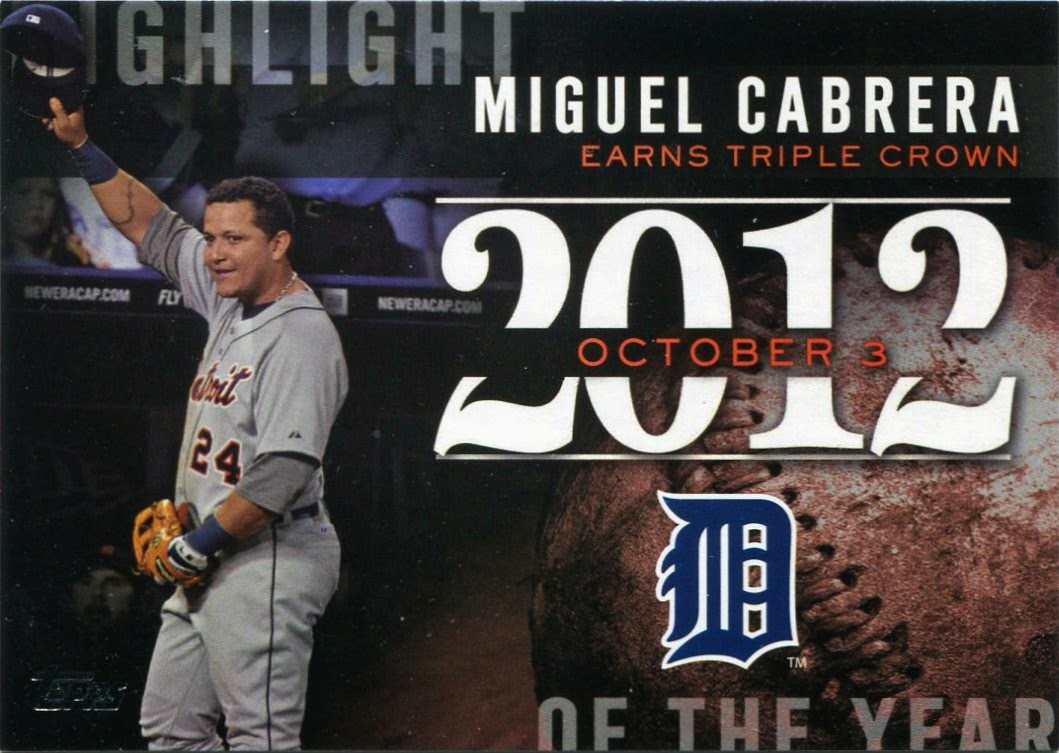 Robert of the terrific blog "$30 A Week Habit" is another "old man" of the blogosphere who recently sent me some cards.

Both Robert and I started blogging around the same time, but, since his blog launched in July of 2011, he has a few months on me. We've traded on quite a few occasions, and another swap was born when I pounced on some of Robert's 2015 Topps trade bait.

While I don't care much for the design, I had to have this Cabrera because of the "tip of the cap" photo. 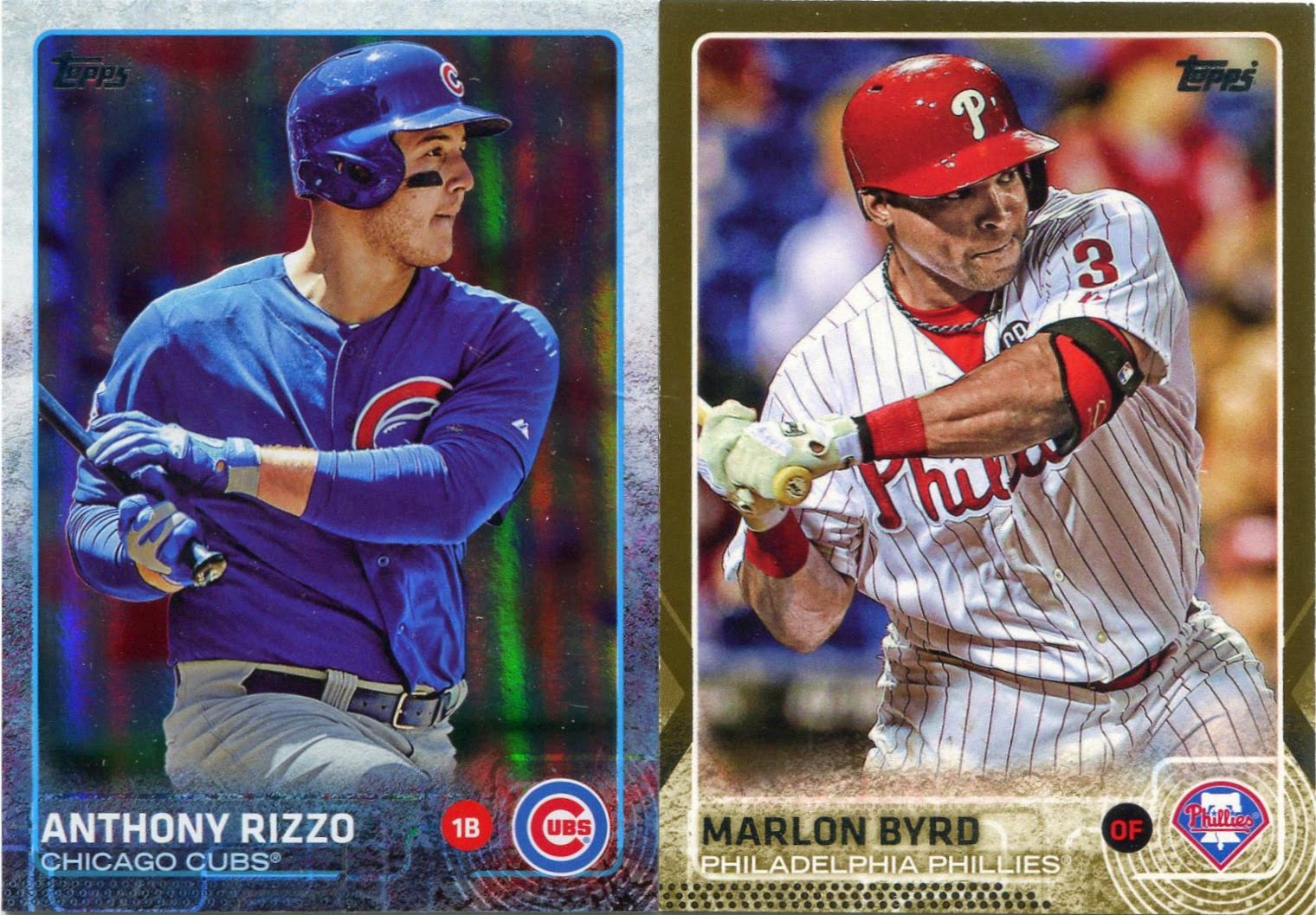 This year's Flagship parallels haven't gotten as much pub, but that's more of a nod to how great the base design is.

Seeing as how I collect both Rizzo and my main man Marlon Byrd, I couldn't let these two slip through my hands. 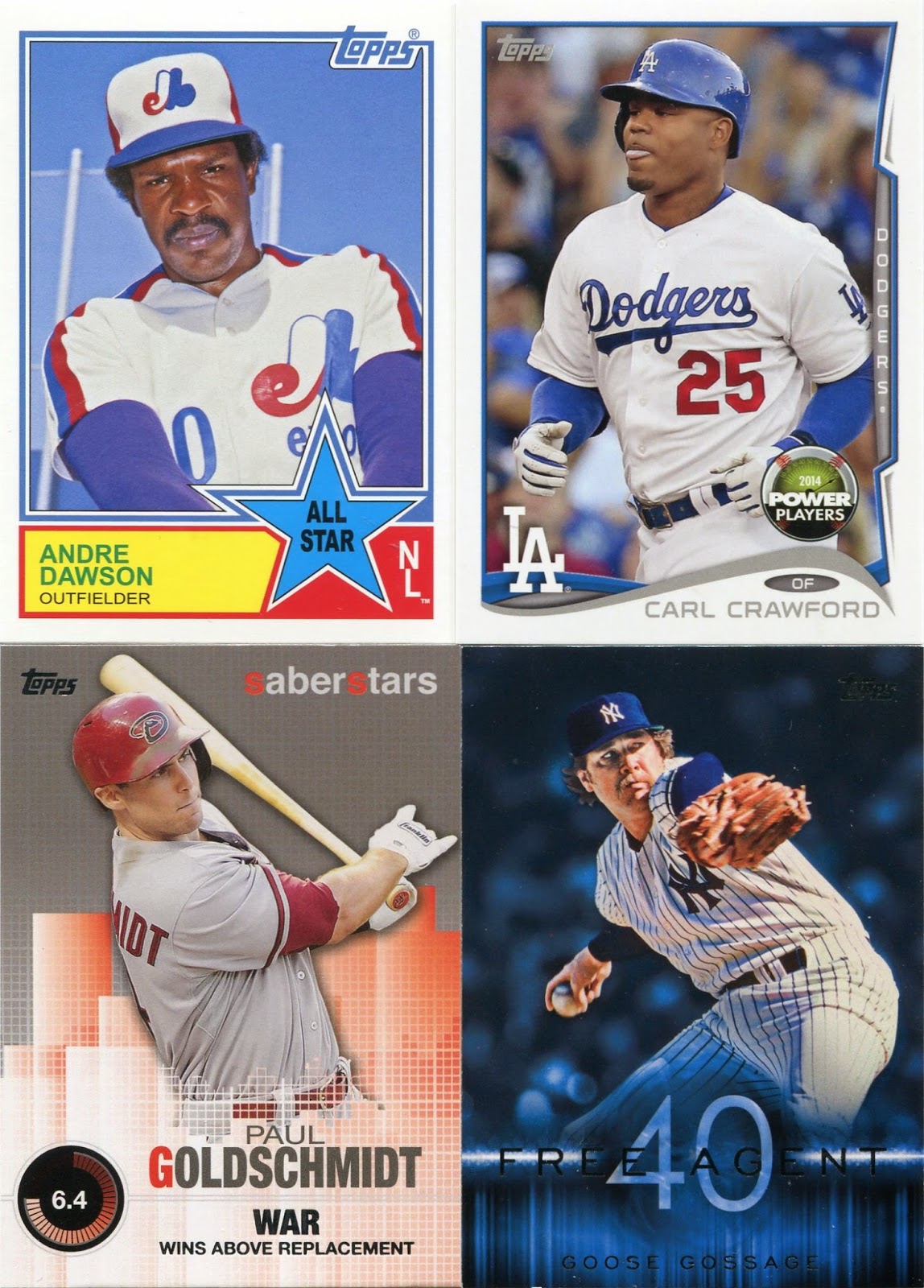 Robert was nice enough to throw in a few of my other miscellaneous insert needs.

I'm convinced that Andre Dawson has never had a bad baseball card. 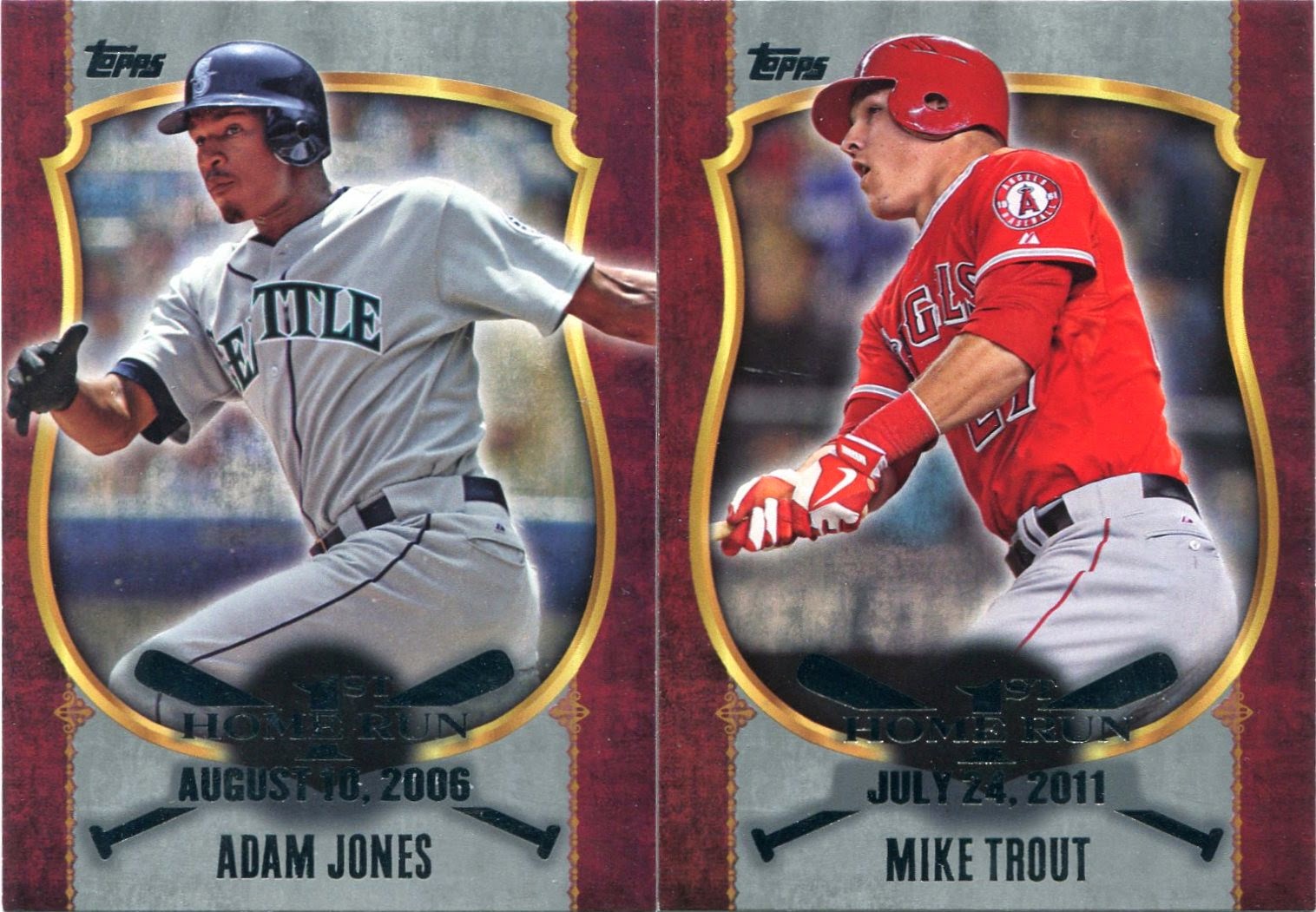 I like the concept of these "First Home Run" inserts much more than the actual cards themselves.

The Trout is fantastic, but I especially enjoy the cards that feature guys in duds they wore earlier in their career. A good example of that is a look Adam Jones as a Mariner, who would later be traded to the Orioles in the Erik Bedard deal.

Bet Seattle fans would like to have that one back. 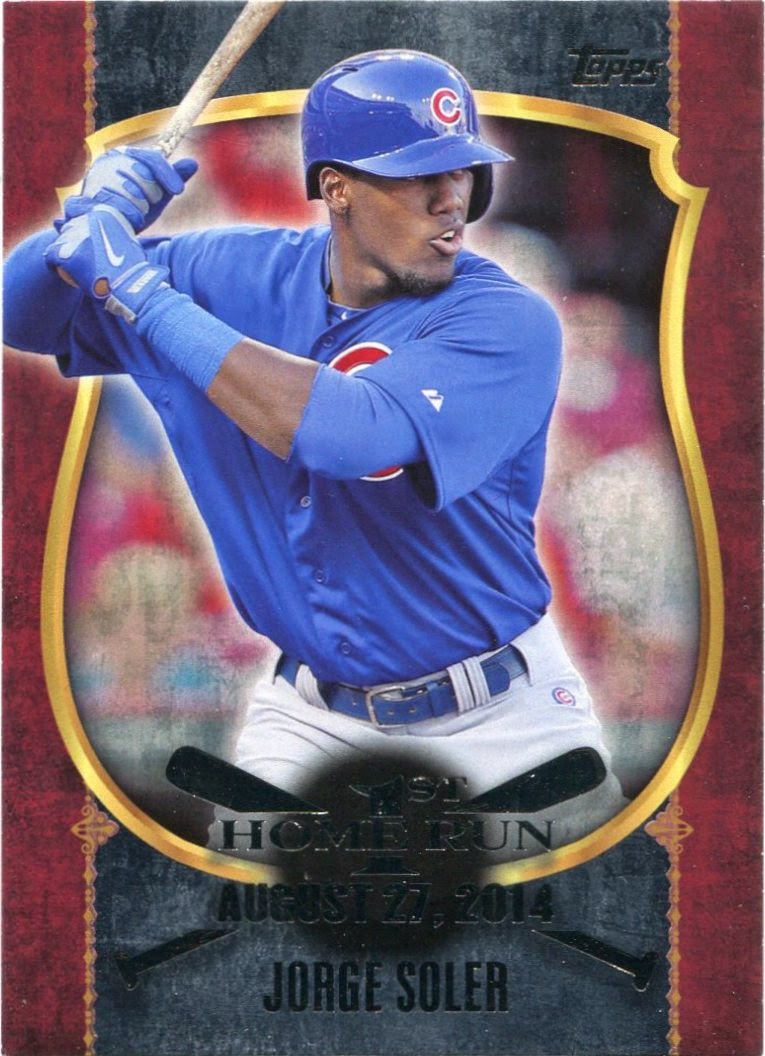 When it comes to the Cubs, I'm not much of an optimist.

However, I will say that I think Jorge Soler is going to be a top-notch big leaguer for a long, long time. In the beginning of what will likely be a fruitful career for Soler, he hit a homer in his first career at-bat last year against the Reds.

Add that to the fact that we were born just six days apart, and Jorge Soler is in prime position to become one of my favorite players in the majors.

I enjoy every trade I make in the blogosphere, but trading with a couple grizzled old bloggers is especially fun.

this old guy is prepping a package for you. be on the lookout!

Here's hoping that the optimism expressed about Soler isn't misplaced!

Keep up the great blog buddy!