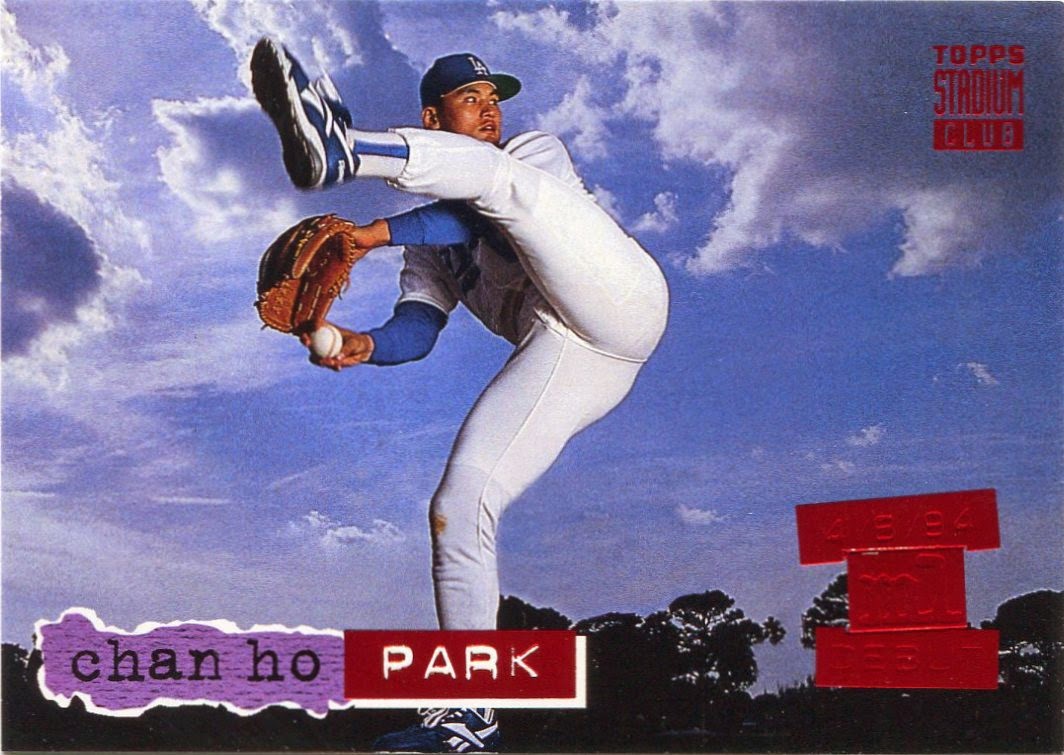 It was neck-and-neck for most of the week, but a late surge from Chan Ho earned him the crown, taking ten of the 37 total votes. It's an outstanding card, no doubt, but I gave the nod to Mr. O'Brien. There's something special about having photographical evidence of a historic event in baseball history.

It's the second straight week that I've voted for someone other than the eventual victor. 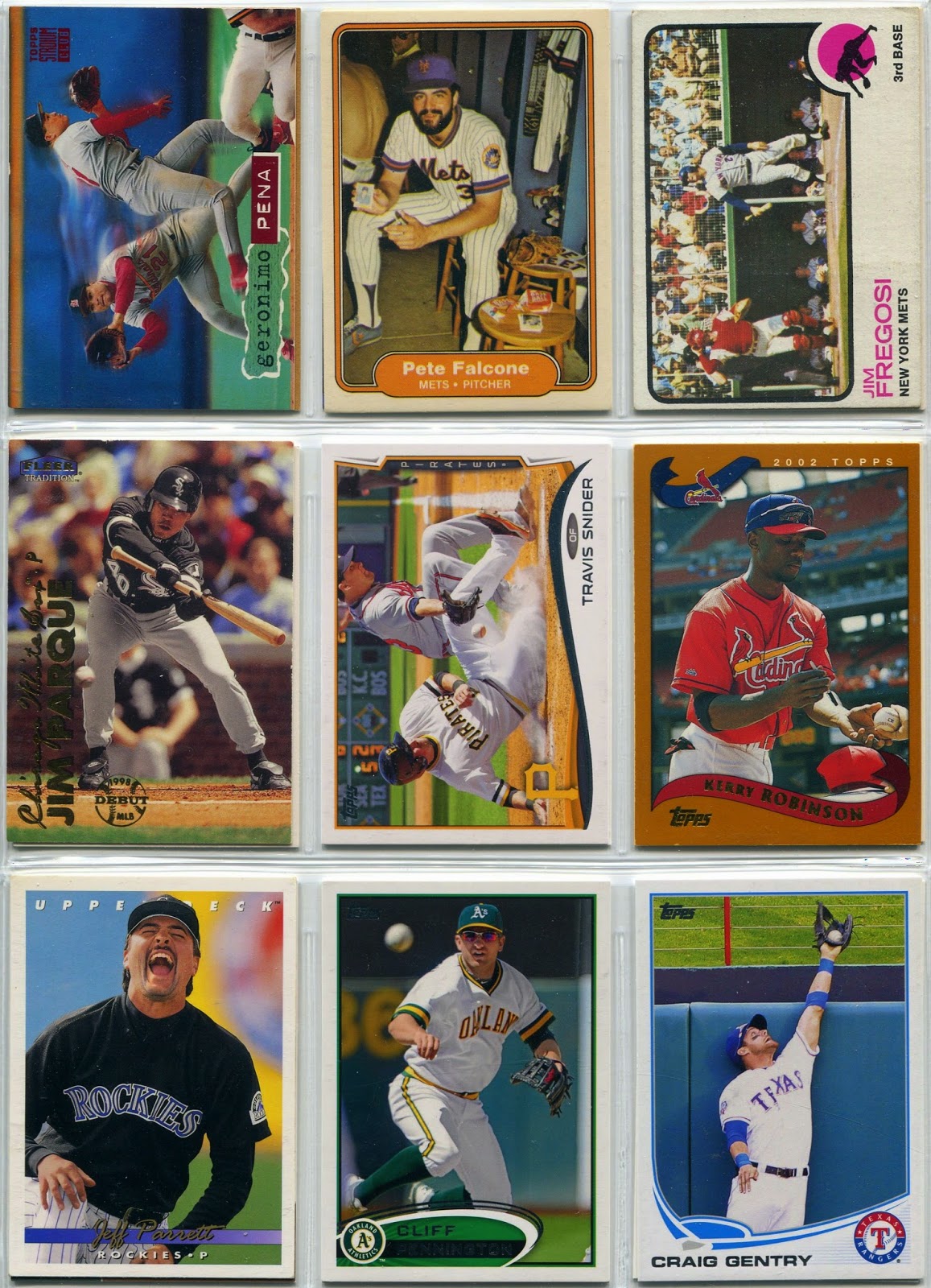 With any luck, that streak might end this week.

Let's meet our newest batch of frankenset hopefuls, shall we? 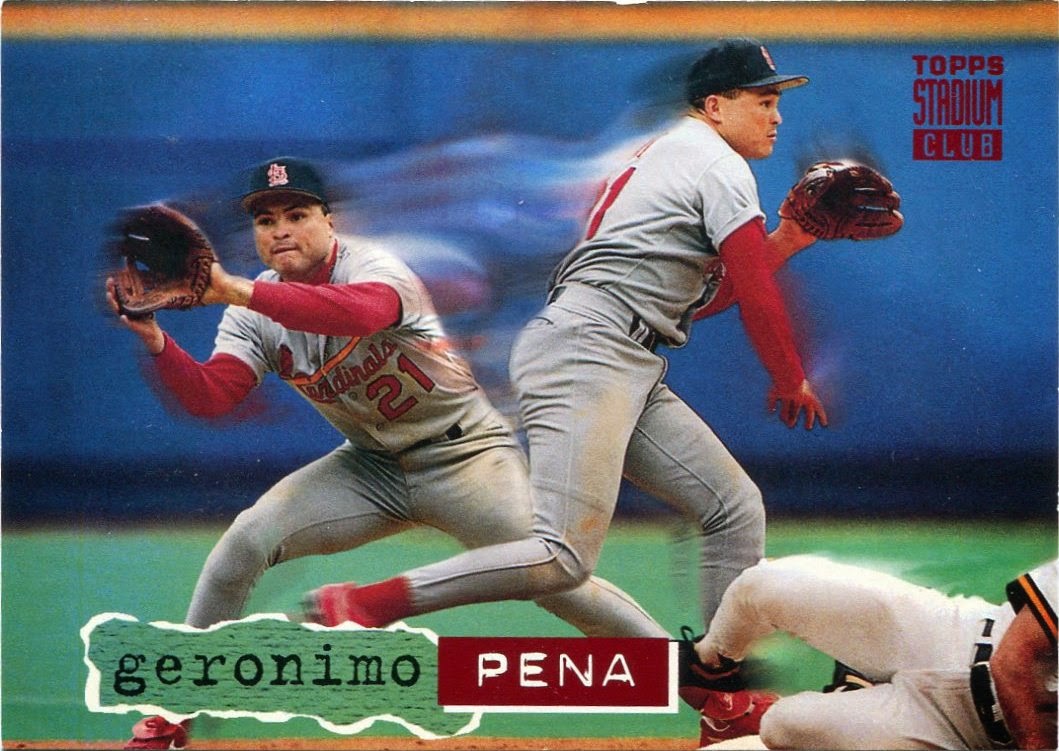 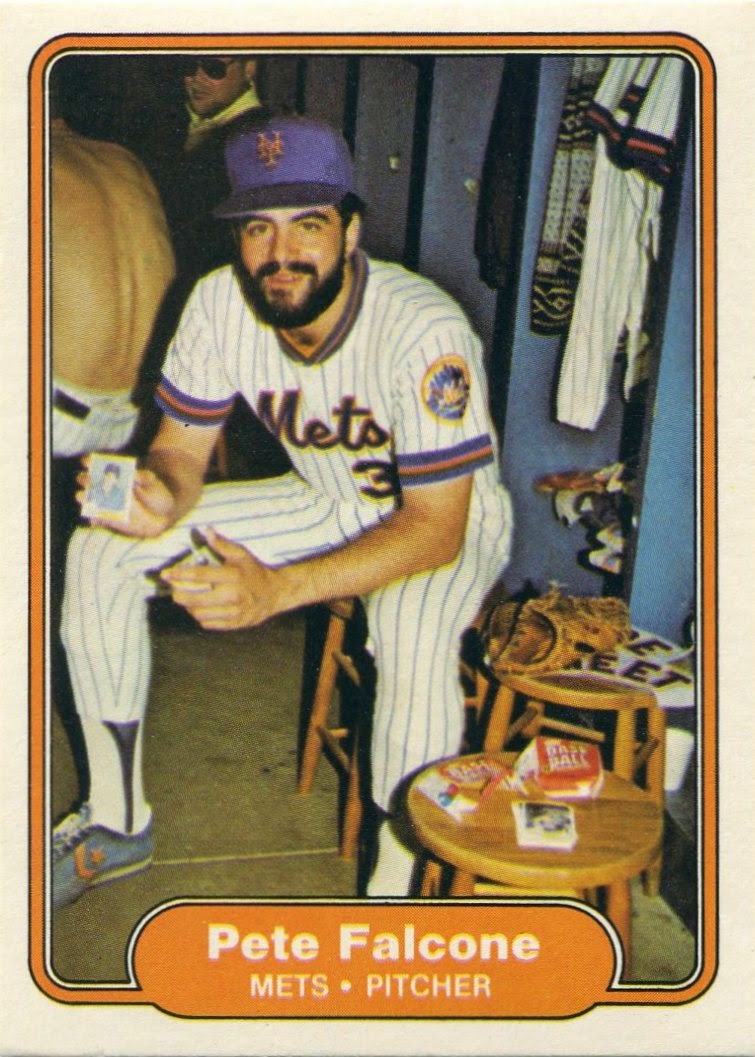 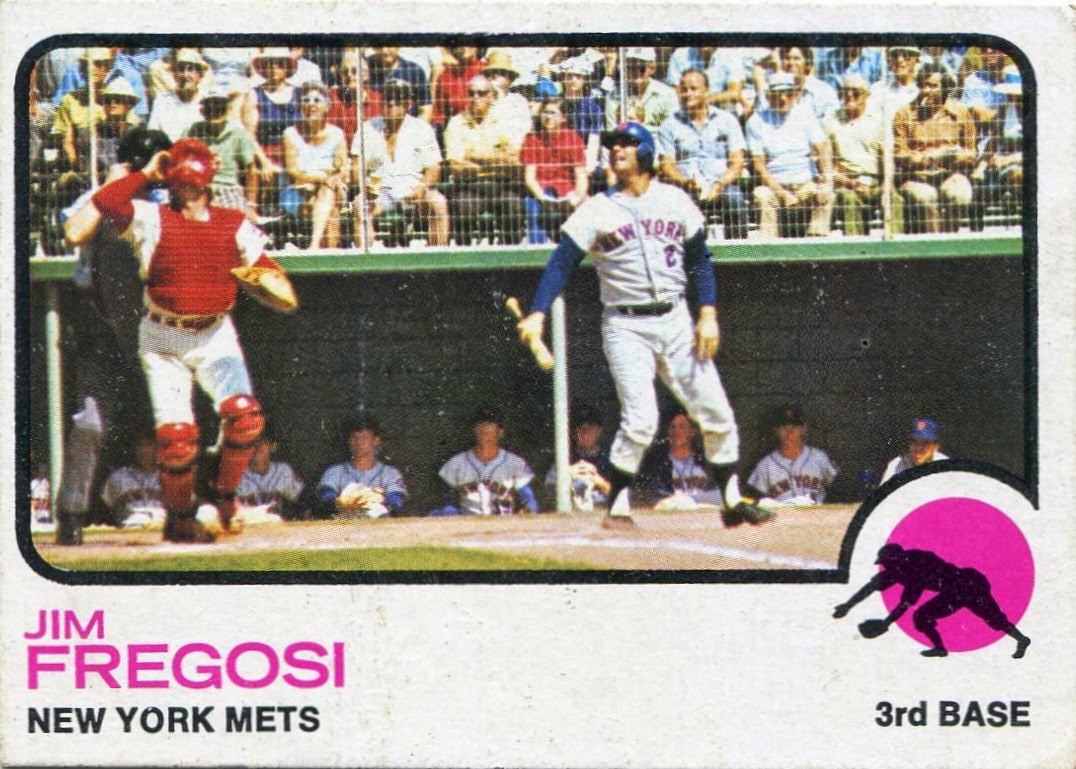 More awesome photography from '73 Topps, this time with a Johnny Bench cameo. 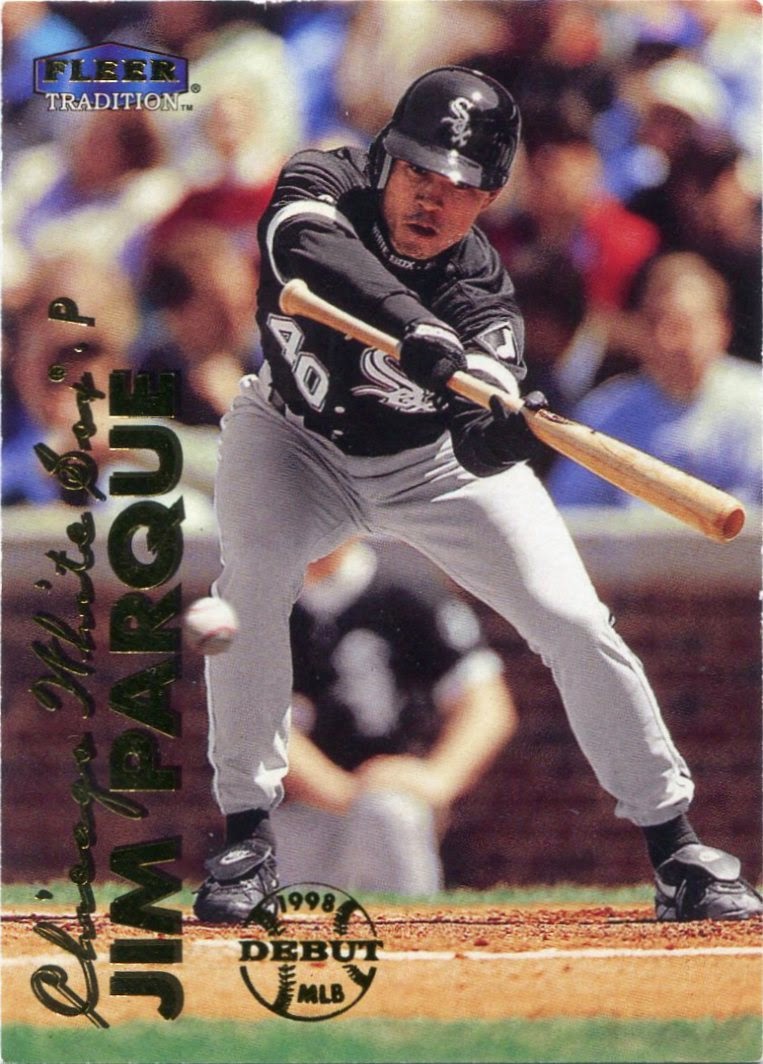 An American League hurler laying one down in a crosstown matchup at Wrigley. 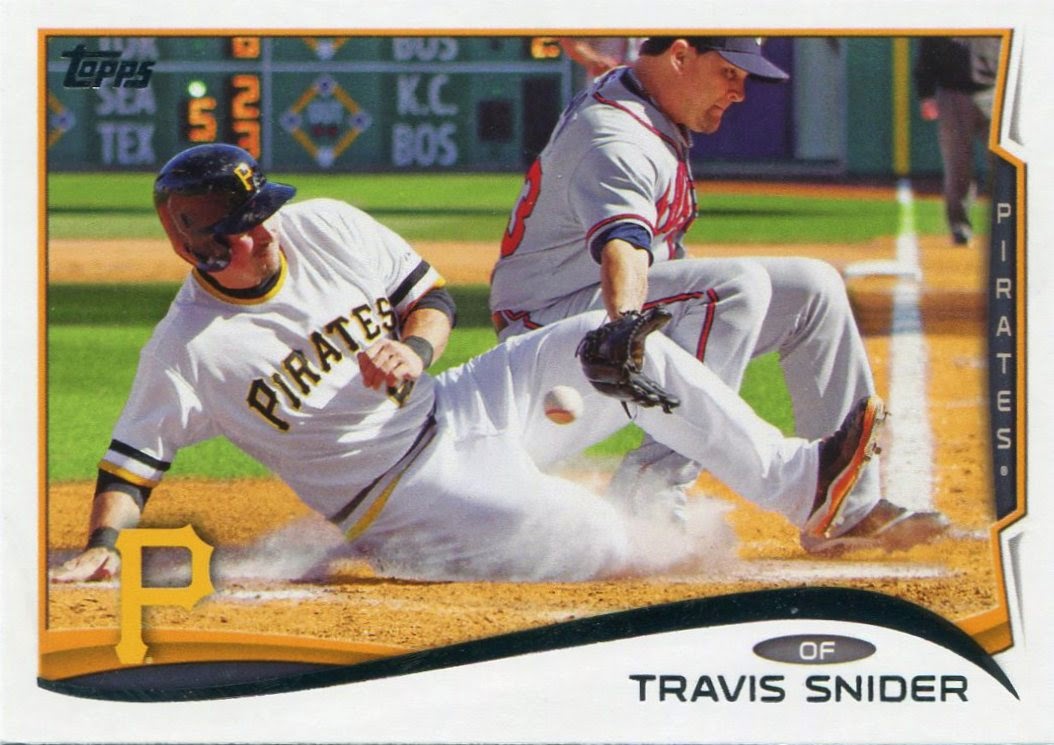 Safe at home in this play at the plate/throwback combo. 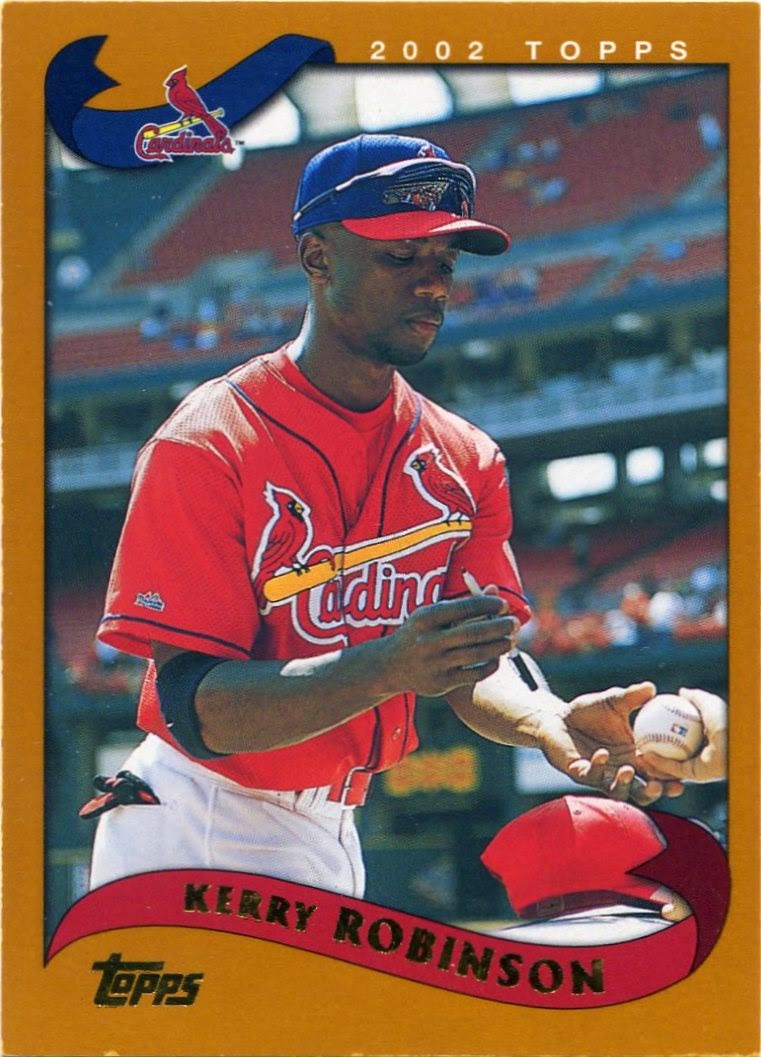 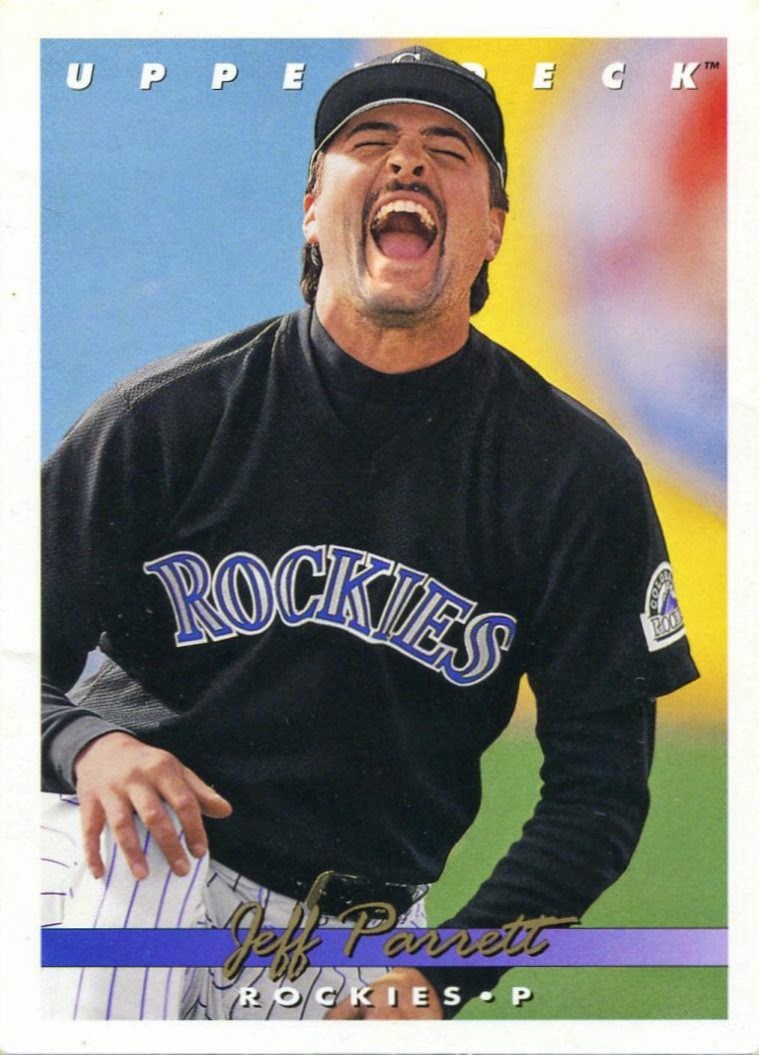 Why did the chicken cross the road?

To get to the other side! 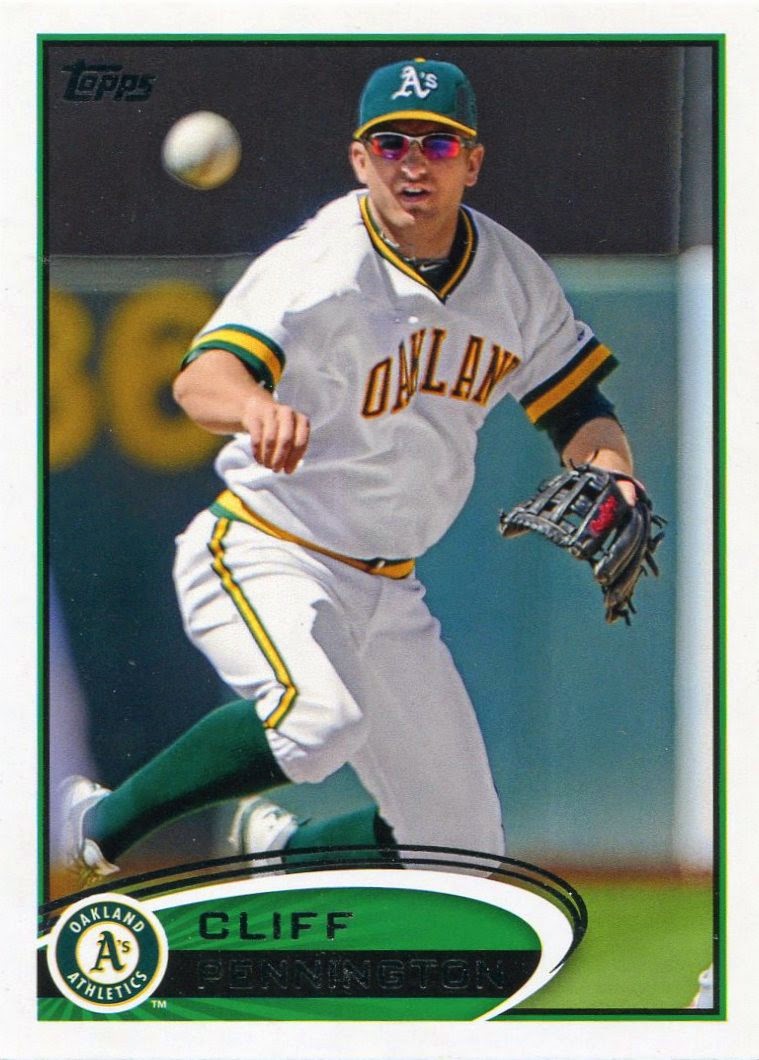 Continuing the mini-collection combos with this double dip/throwback pairing. 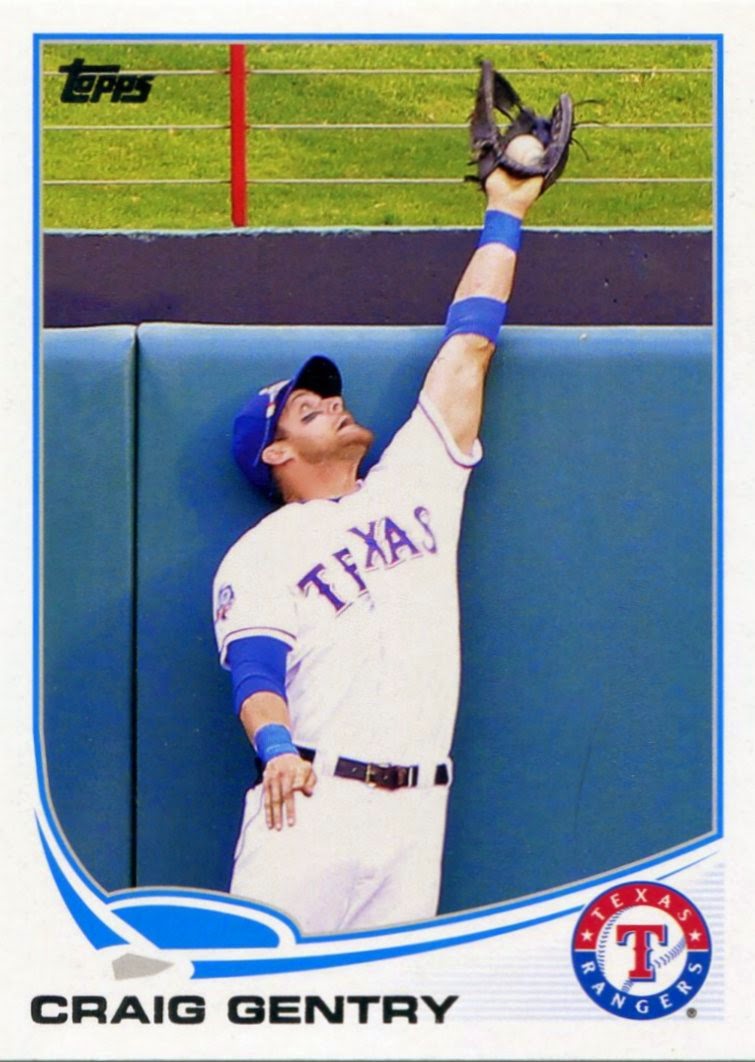 We close with one heck of a Web Gem from former Ranger Craig Gentry.

Two Mets cards? That's what I call a winning page! Fregosi gets my vote, by the way. It's one of my favorite Mets cards in my collection.

That Pargue is more proof how bad my late 90's card are lacking.

And now to place the order on JustCommons to fix that issue.

Falcone all the way!!!

I'm always a sucker for a nice catch. That Gentry is awesome.