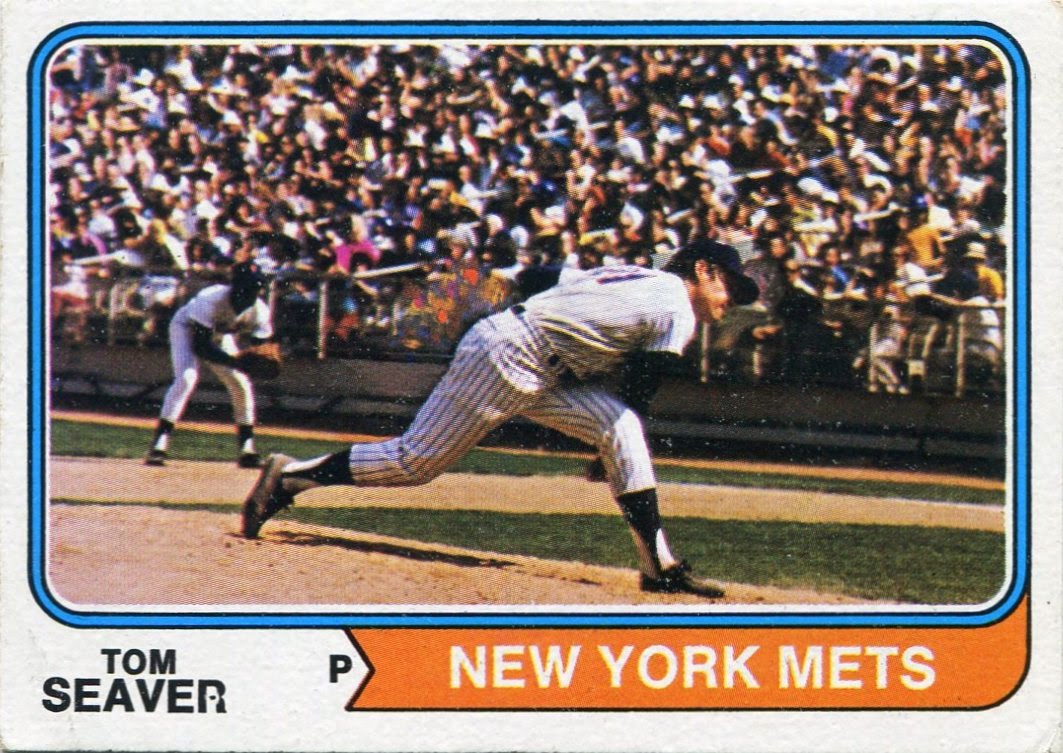 It goes without saying that Tom Seaver is one of the greatest pitchers baseball has ever seen.

There's a reason the guy's nickname was Tom Terrific.

He's also featured on what I think is one of the greatest (and most under-appreciated) cards of the 1970s with this beautiful '74 Topps action shot. Seaver was coming off his second Cy Young season of '73 at the time, and Topps made sure to reward him with a masterpiece.

Tom Terrific was on top of his game. 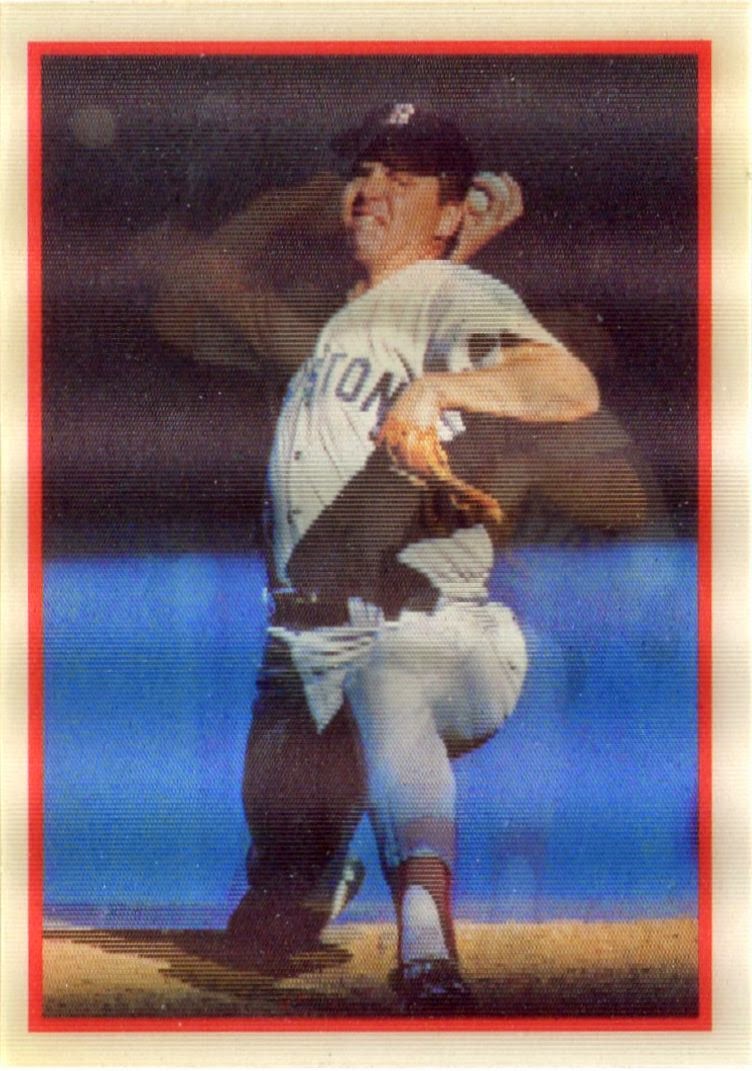 After twelve mediocre games with the White Sox, Tom Terrific was dealt to Boston in exchange for Steve "Psycho" Lyons in June of '86. The Red Sox felt his veteran presence would help them down the stretch.

Seaver went 5-7 with a 3.80 ERA in what would turn out to be his only 16 games in Boston...and the final 16 games of his career. An injury prevented him from pitching in the postseason, where he likely would've gotten the chance to start against his former club in the 1986 Red Sox-Mets Fall Classic.

Seaver retired after an aborted comeback with the Mets the following year, which means that 1987 is home to his sunset cards. 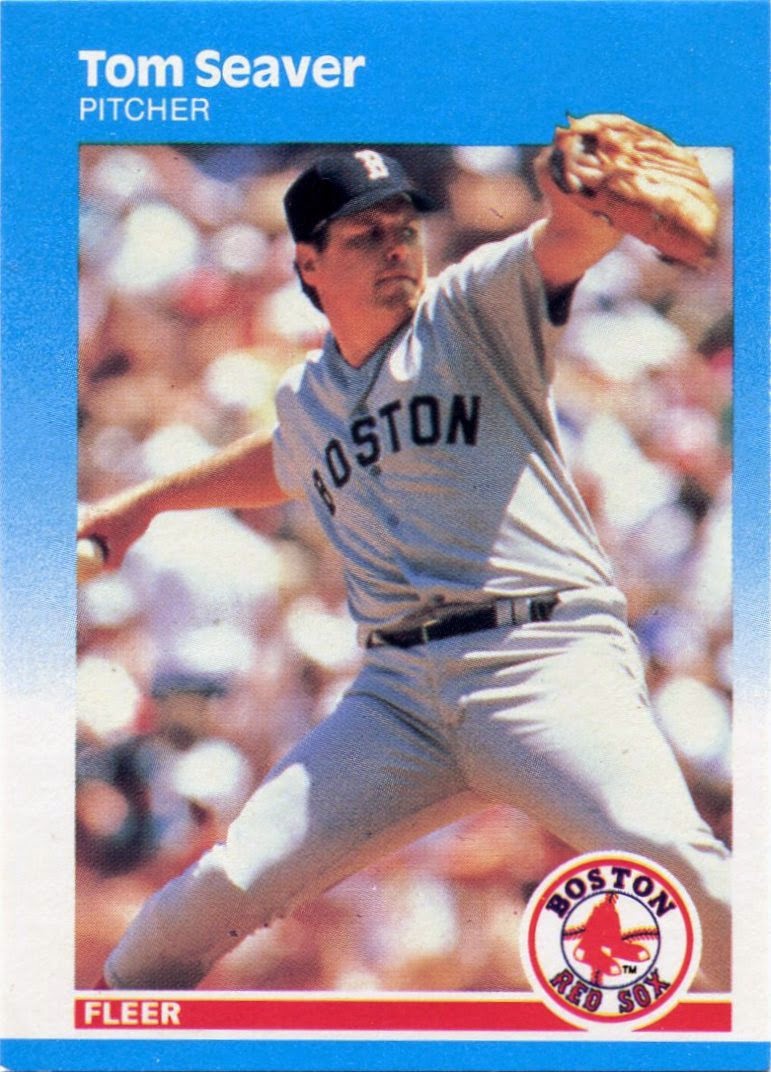 While Tom may have been Terrific, his final tributes are sadly anything but.

Fleer's 1987 design is pretty average as far as I'm concerned, and this Seaver doesn't knock my socks off. 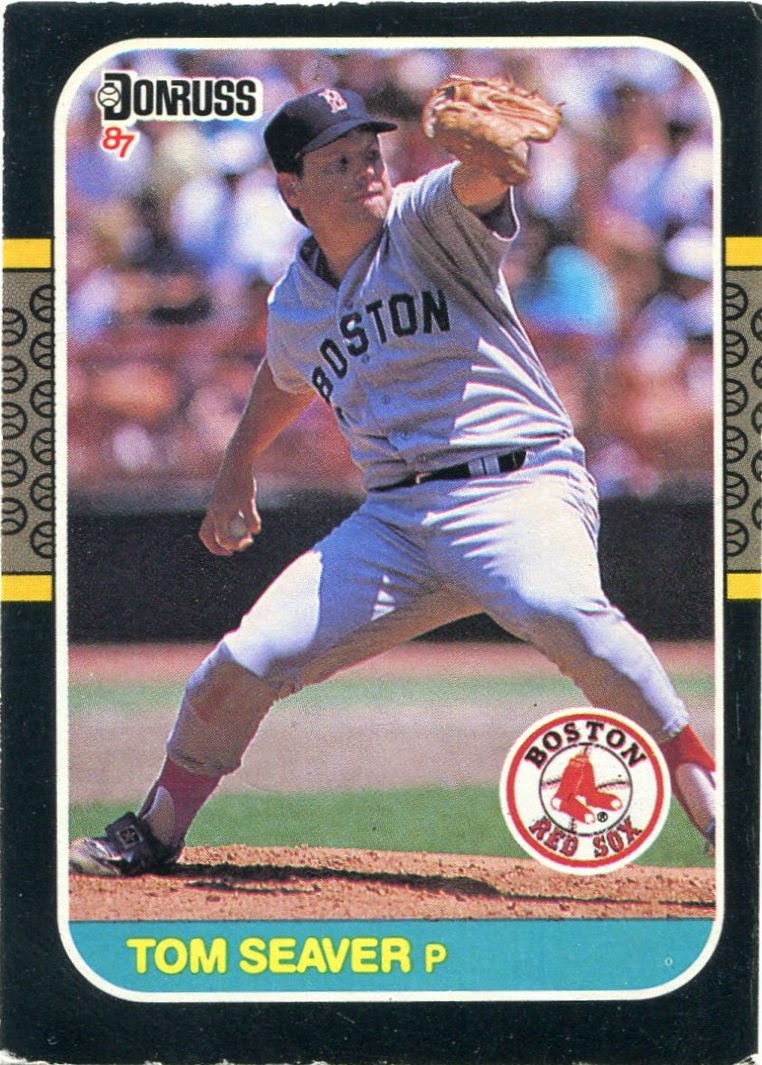 ...it looks a lot like the photo Donruss used for Seaver's card that very same year.

As the corner and edge wear would seam to indicate, this was likely one of my first cards of Tom Terrific, and probably the first I'd seen of him in a Red Sox jersey.

And, just when you thought Seaver's sunsets couldn't get any more monotonous... 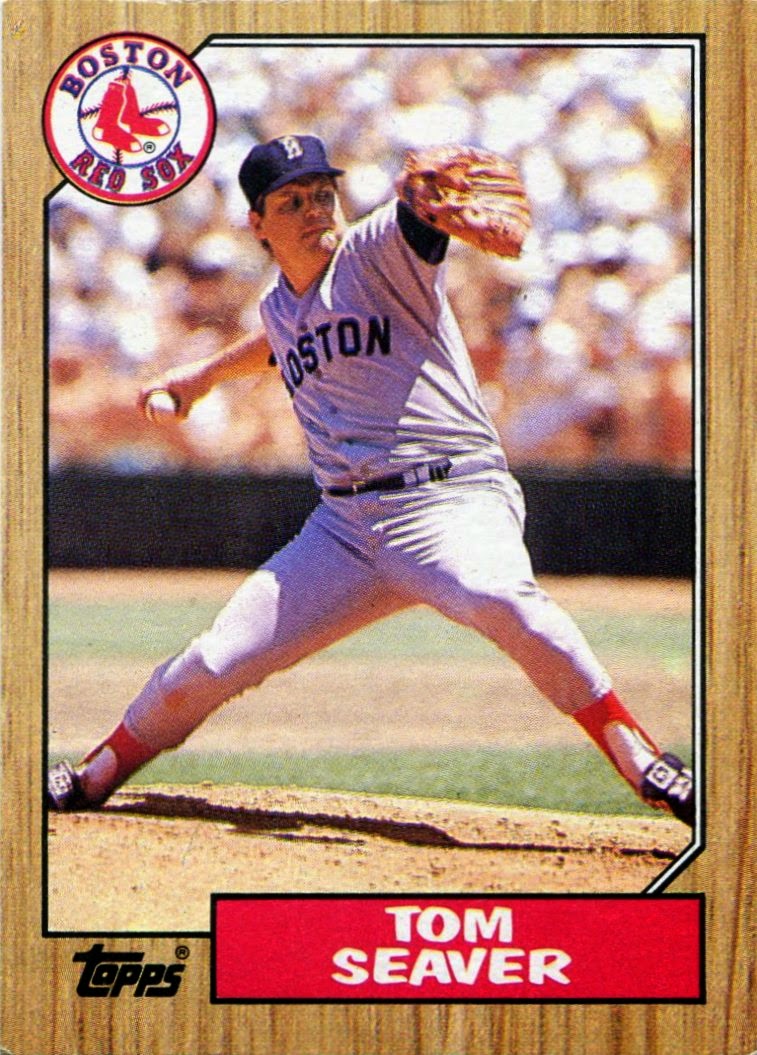 ...Topps came along and produced pretty much the exact same card as Fleer and Donruss.

In the end, I guess it was a good thing Topps inserted Seaver into their '87 checklist, because his airbrushed 1986 Topps Traded issue is an absolute monstrosity. Having that as his finale would've been tragic.

Still, you'd think a guy like Tom Terrific would get a better send-off from the cardboard universe.

The Sportflics card is probably my favorite. Despite the boring cards, I still love getting cards of Seaver with the Red Sox. For obvious reasons.

You could always be Steve Carlton and get a rude send off from cardboard AND batters...

That '74 Seaver is awesome... so is his 87T (even if all three photos are almost identical). My only issue with the card is his toes are cropped out.