And the crowd goes wild 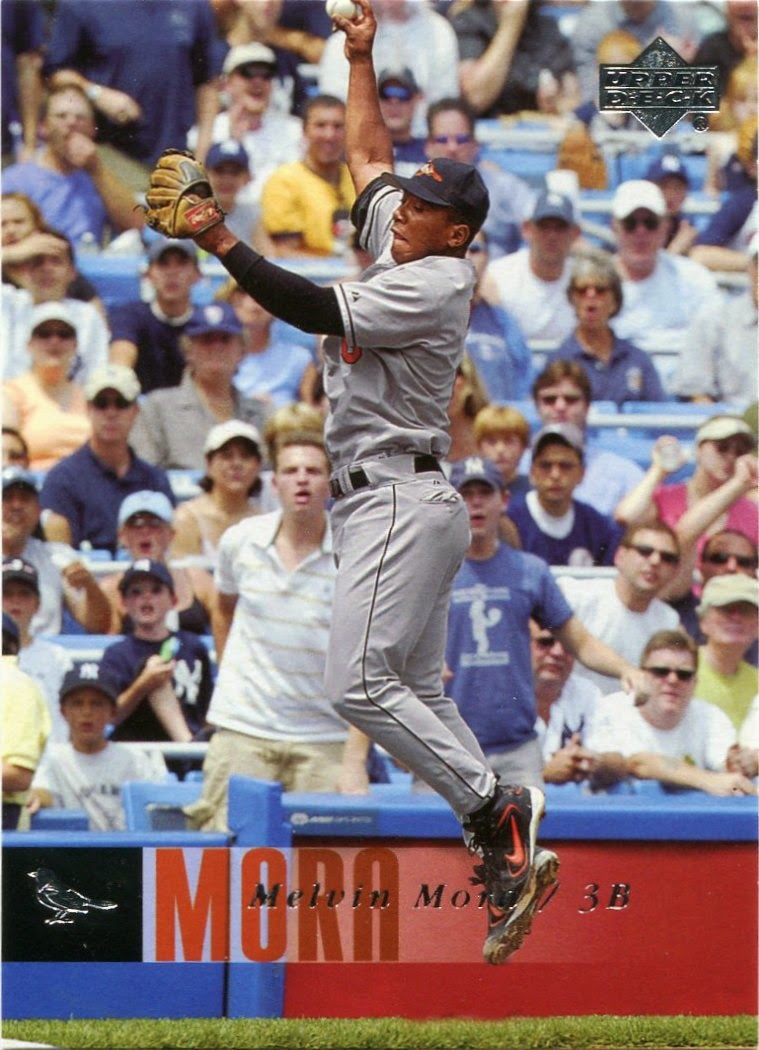 I didn't take a very close look at this card when I plucked it from a dime box a couple years ago.

It looked like a halfway interesting shot at first glance, so I threw it into my purchase pile. No oohing and aahing or anything along those lines. I filed it into my binder and that was that.

In the months since then, I've come across this card over and over again. And I've become more and more obsessed with it each time. It's one of those rare stop-what-you're-doing-and-look pieces of cardboard.

It's not so much the sparkling barehanded play by former Oriole Melvin Mora that captivates me, although it is one fine Web Gem. It's the fans behind him that continue to grab my attention.

Where do I begin?

Some fans are standing even though they're in the first row.

Some fans need to button up their polo. 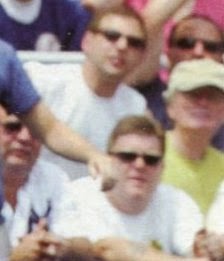 Some need to crane their necks to see around the standing bro duo.

Some fans are left in disbelief by Mora's barehanded play.

Some fans get headaches.

Some fans scream out in agony. 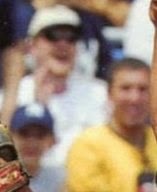 Some fans couldn't be happier. 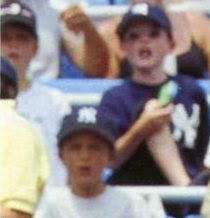 Some fans are bright-eyed youngsters witnessing the beauty of big league baseball, possibly for the first time.

Some fans need to get the popcorn ready. 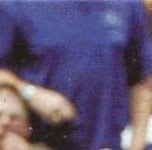 And some fans missed having their face on a baseball card by a split second.

Instead, all we get is their blue-shirted gut.

Put all that together and you get one heck of a baseball card.

There's been a lot of talk about Topps cropping their photos tighter and tighter in recent years.

This post should tell you where I stand on that issue.

Yes, I'm buying cards for the players, but we need some diversity there. Not every shot has to be an extreme close-up. I don't want to see the same 26 wrinkles on a guy's face over and over again.

What we need are more cards like this one.
Posted by Nick at 5:56 PM

That *is* a great card. What makes it even greater is that the fans in shocked disbelief are YANKEES fans.

This is great. Even better they are Yankee fans.. Don't like closeups or posed cards nearly as much as these