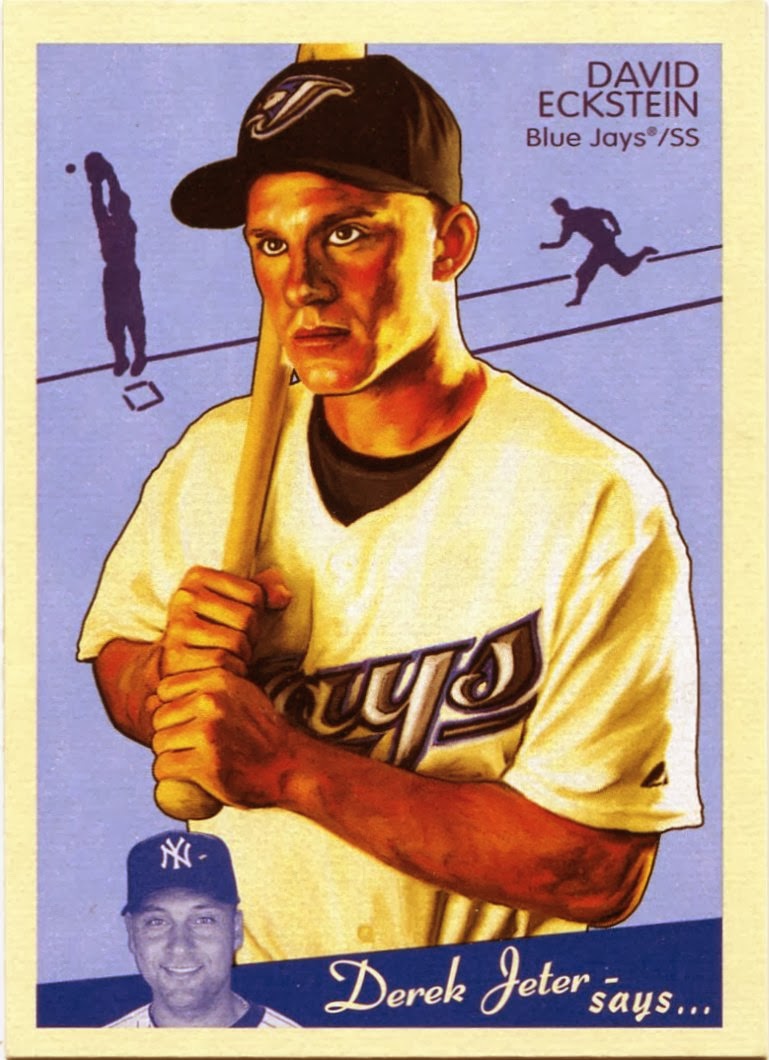 In continuing from Part 1 of this mini-series, we start off tonight with the other half of the Blue Jays "Short Term Stops" infield.

David Eckstein will forever be one of my favorite players because of his underdog approach to the game. Granted, he kind of fell off the map during his last few years in the bigs.

After a number of wonderful years with the Angels and Cardinals, Eckstein found himself in Toronto for the 2008 season.

He'd post a solid .277 average in 76 games for the Blue Jays before being dealt to Arizona in late August of that year. Eckstein spent a couple of years with the Padres before retiring after the 2010 season.

UD Goudey may have been a bust of a brand, but they definitely got this card right.

It's one of the centerpieces of my Blue Jays binder. 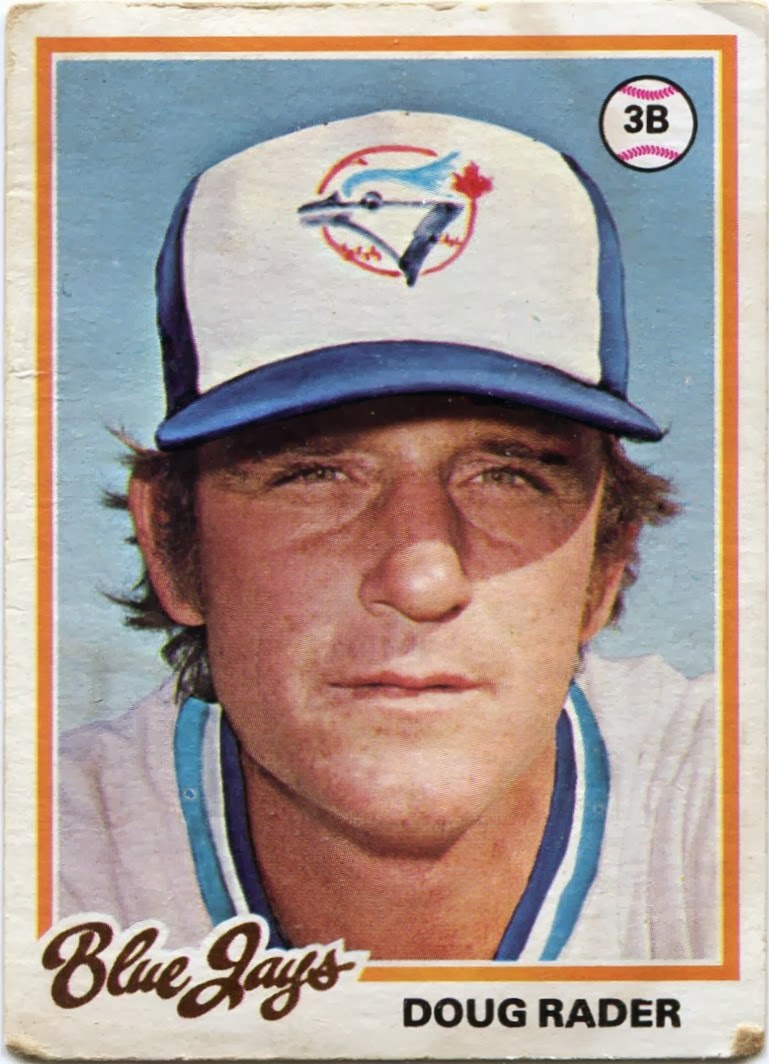 One of my earliest vivid memories about baseball cards is picking up a few team bags of vintage at an indoor flea market.

I couldn't have been more then ten or eleven years old at the time. The bags were a quarter each, and most of the cards inside had some sort of condition flaw. Many were water-logged.

But, of course, I didn't care. I even remember the vendor letting me pick out an extra bag on the house.

As you might be able to tell from the scan, Doug Rader's 1978 Topps issue was a part of that early vintage haul. It had to have been my very first card of his.

Rader played in 96 games with the '77 Blue Jays, yet Topps still needed to airbrush him into the uniform for the following year's set.

Doug Rader isn't one of the bigger names from the '70s, but I like to think that the personal history behind this card is what made him a permanent member of my binder system today. 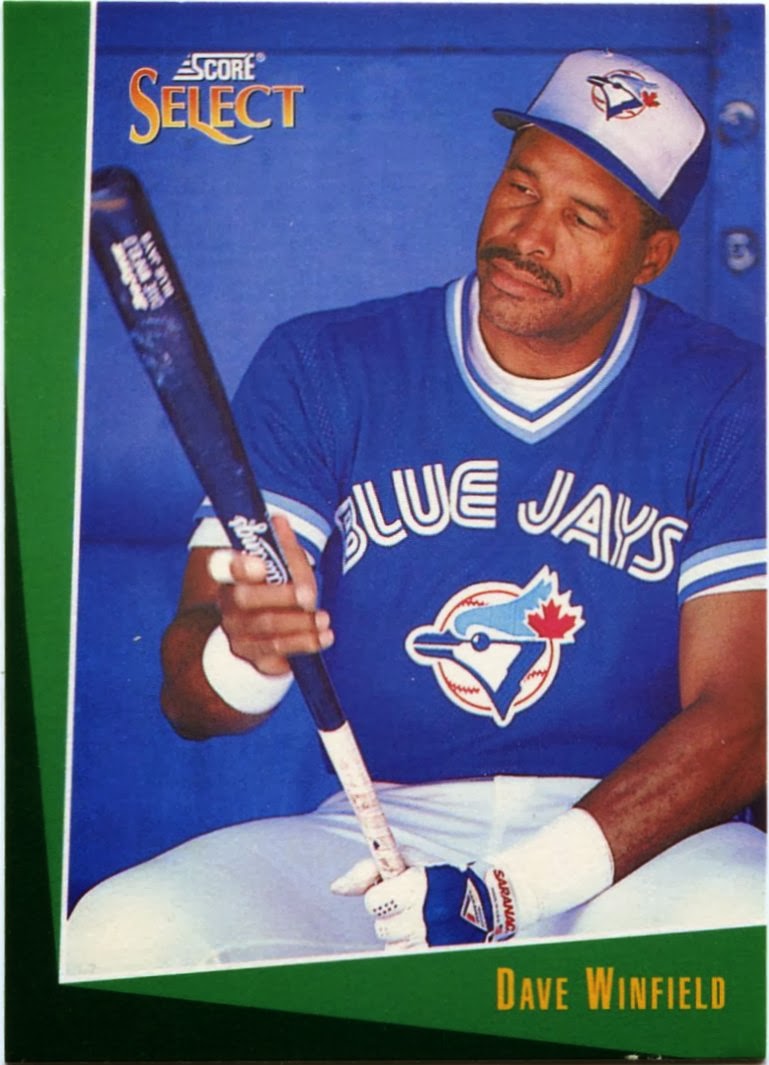 Depending on how you look at it, Dave Winfield is probably either a Padre or Yankee in your mind. You really can't go wrong either way.

After those two teams, however, I tend to think of him most as a Blue Jay. Which is weird, considering he only spent a single season in Toronto.

That season was a memorable one, though. Winfield's .290-26-108 stat line was good for fifth in the AL MVP voting in 1992, as he helped lead the Blue Jays to their first-ever World Series championship.

It's one of the more memorable tenures in "Short Term Stops" history. 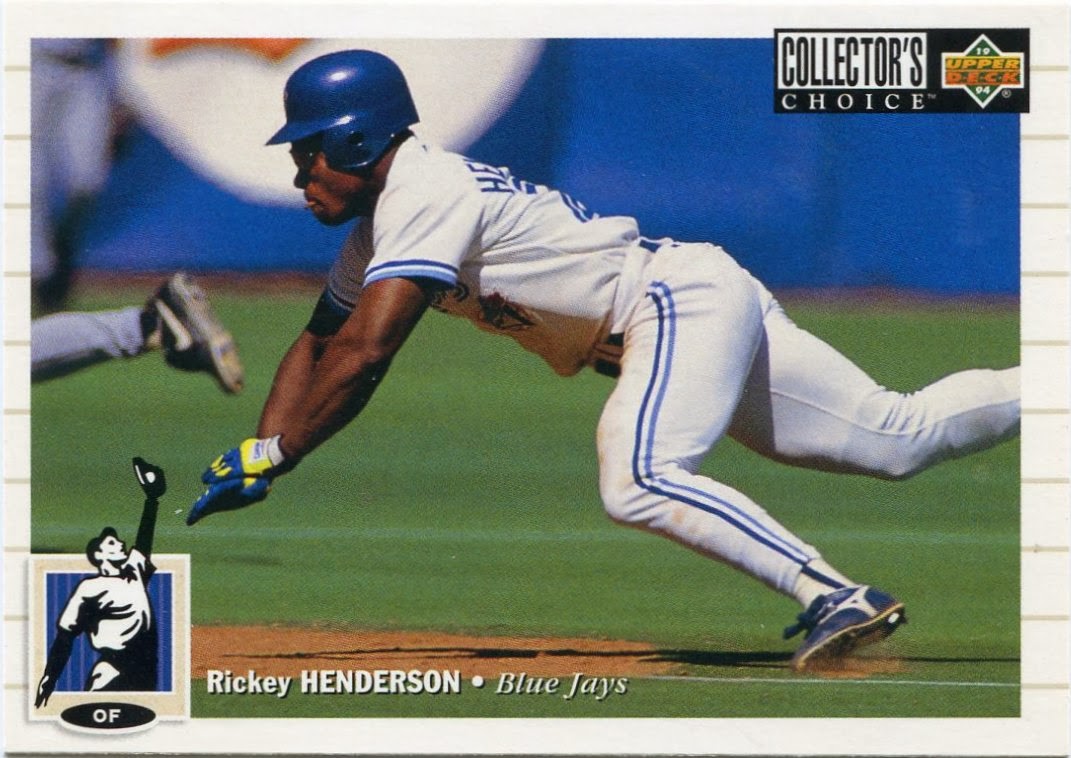 In 1994, Collector's Choice featured Rickey Henderson doing what he did best.

While I'm not sure they knew it at the time, Collector's Choice also featured Henderson in one of many unfamiliar uniforms he'd wear during his hallowed career. (He already made an appearance on the Angels' roster.)

The Blue Jays acquired "Rickey" at the trade deadline in 1993 for (then) hot prospect Steve Karsay. He hit just .215 with the Jays, though he did post an impressive .356 OBP with 22 steals in 44 games with Toronto.

Like Winfield, Henderson won a World Series during his lone year in Toronto, as the Blue Jays repeated in a wild six-game triumph over the Phillies.

Though "Rickey" was one of the best players in baseball history, I'm sure this won't be the last time you see him in this theme. 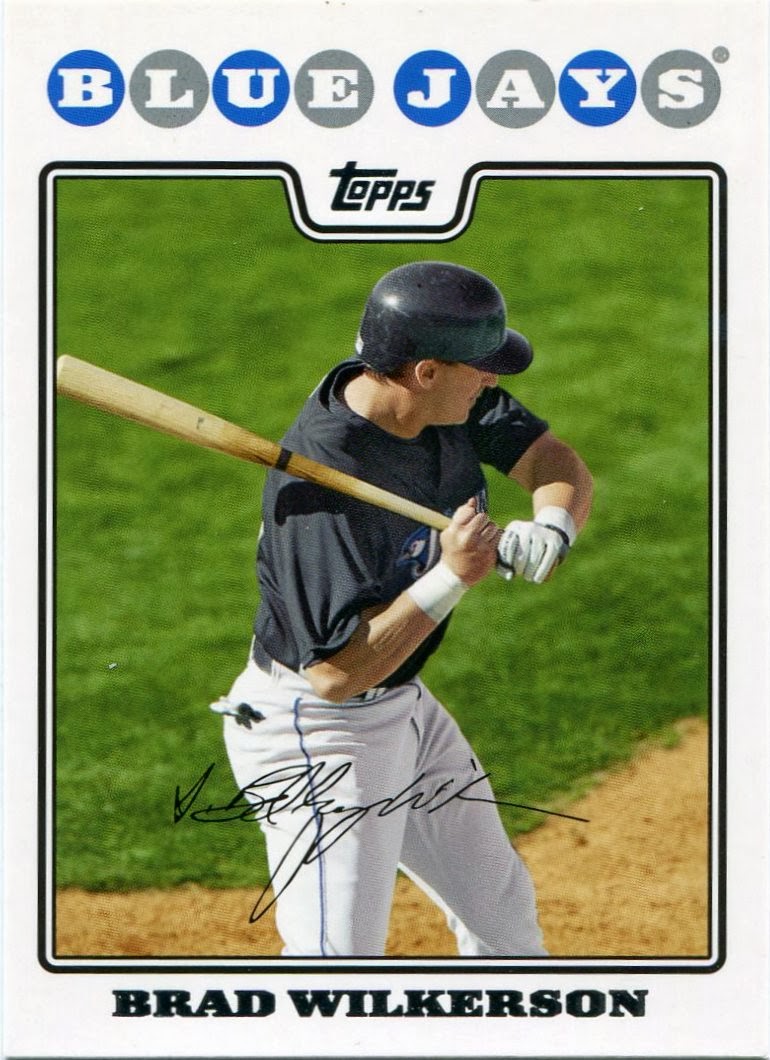 First, it was Dave Winfield.

After that, Rickey Henderson.

It's tough to expect a guy like him to follow a couple of Cooperstown inductees. But, for reasons I can't quite explain, I've put a great deal of effort into developing a formidable Brad Wilkerson collection.

After time with the Expos/Nationals and the Rangers, Wilkerson finished out his career in 2008, splitting the season between the Mariners and Blue Jays. He hit .216 with four homers in 85 games for Toronto. This was his last card.

And that's the last time anyone ever mentioned Brad Wilkerson in the same breath as Dave Winfield and Rickey Henderson. 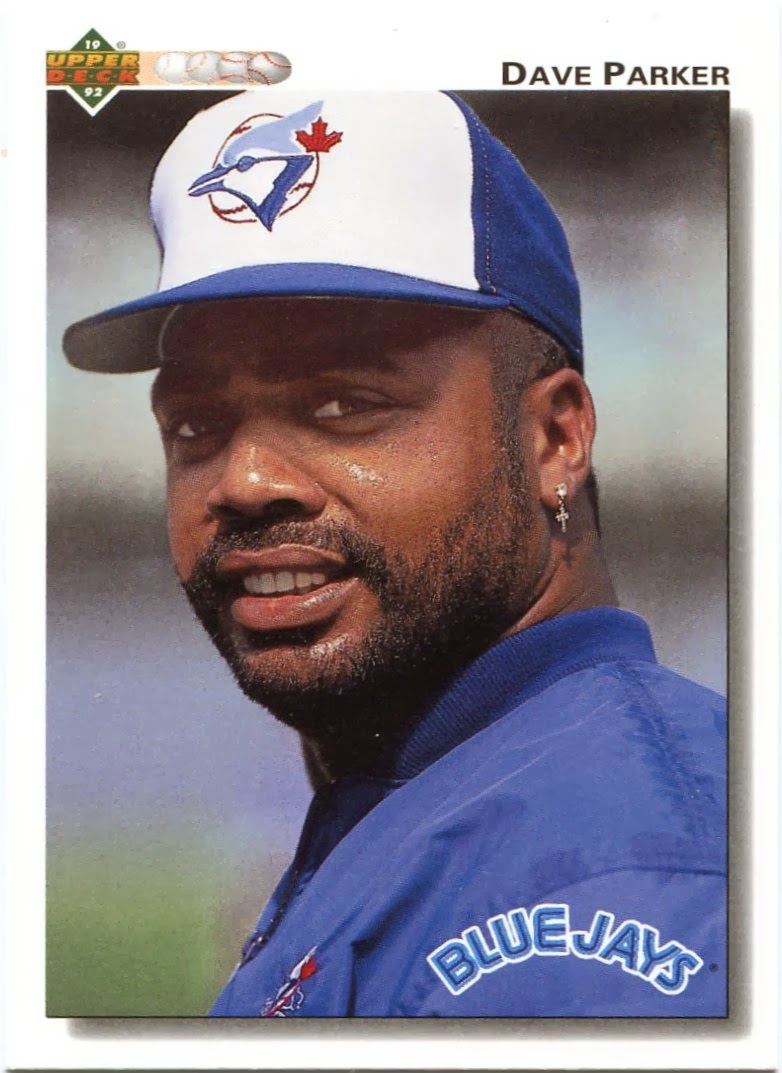 Of all the Blue Jays "Short Term Stops" roster spots, this one was the hardest to choose.

I had a tough time choosing between my man Al Oliver and Dave Parker. "The Big Hurt" was also in the mix.

In the end, I went with Parker. There's no hope of ever getting used to the sight of him in a Blue Jays uniform.

In fact, I didn't think any cards existed of him in the uniform until I came across this 1992 UD issue not too long ago. I'm starting to think it's the only one in existence.

After being released by the Angels, Parker latched on with the Blue Jays for the final 13 games of the 1991 season. He hit .333 in 36 at-bats with Toronto.

Though he'll forever be remembered as a Pirate, Dave Parker will always have those 13 games with the Blue Jays on his career accolades.

That's what I like most about these "Short Term Stops" rosters.

There you have it, folks.

Eckstein and Kent for a DP combo? Talk about mixed feelings...