That was my reaction when I found this "We Care" envelope in my mailbox a couple weeks ago.

If you're a tenured trader, I'm sure you've received one of these at some point. They don't arrive too often, maybe once or twice a year.

The front basically contains a couple paragraphs of post office spiel that tries to assure you how much they care about their customers.

Ironically, they only send them when someone down at the USPS obviously doesn't care about their job.

To be fair, I don't want to lump all post office employees together. I'm sure the vast majority are fair and loyal individuals.

In any profession, though, I guess one bad apple can spoil it for everyone.

That's the only explanation I have for something like this.

It came courtesy of Tony, a newfound blogger buddy and author of the terrific blog "Off Hiatus Baseball Cards". I'm starting to think someone at the post office has a vendetta against him, because at least one of his other PWEs was mangled in transit by some lowlife.

The reason I posted this picture of the actual envelope was to show that this was clearly not Tony's fault. You can see the words "Hand Sort Please!" and "No Machine" scrawled across the front of this thing.

Despite his efforts, though, the envelope arrived in a crumpled heap with some sort of mysterious black goo all over it. I don't know what the heck happened to it. I don't think I want to know, for that matter.

The moment of truth came when I slid the envelope out of the "We Care" sleeve.

Thankfully, the cards Tony sent were still inside.

But would they all be in one piece? Well, I'm happy to say that this story does have a happy ending.

Despite the envelope's long and harrowing journey, all the beautiful cards Tony sent were perfectly intact.

Like me, he's noticed the current tendency of repacks holding these Conlon Babe Ruth singles. Even better, Tony has graciously kept me in mind for each and every one he's pulled.

That included this iconic shot of the first-ever Hall of Fame class, one that included "The Great Bambino" himself.

I believe this is the first card I own that features the first Cooperstown inductees, which is a surprise. 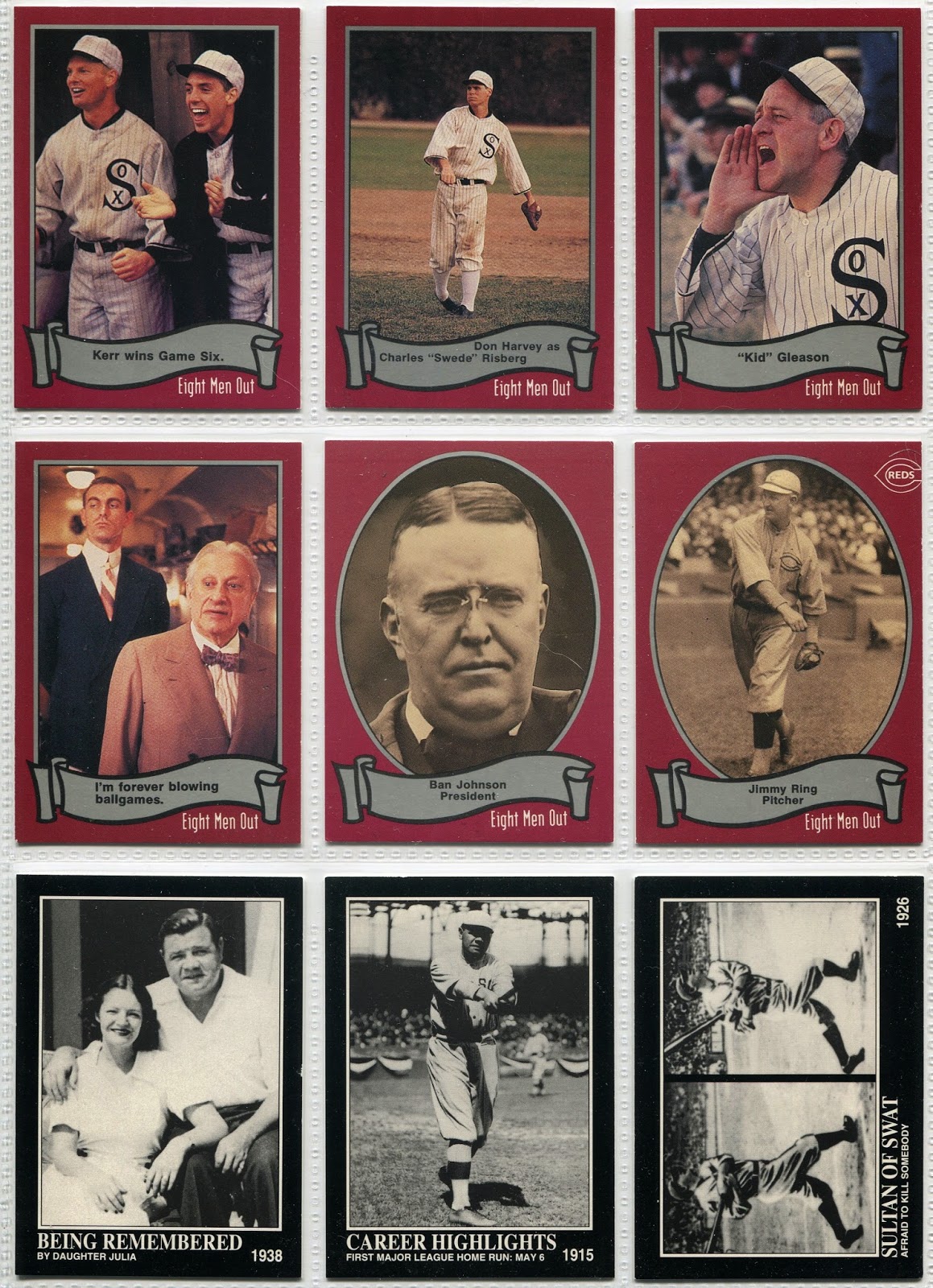 Along with the Conlon Ruths, cards from Pacific's 1988 Eight Men Out checklist have become repack staples lately as well.

Once again, Tony generously sent a few of those my way in this envelope.

What I like about the set is that it features scenes from the movie and real, actual photos of the people involved in the 1919 scandal. That's American League commissioner Ban Johnson at the center of this page.

I still rank Eight Men Out as the best baseball movie ever made outside of The Sandlot. 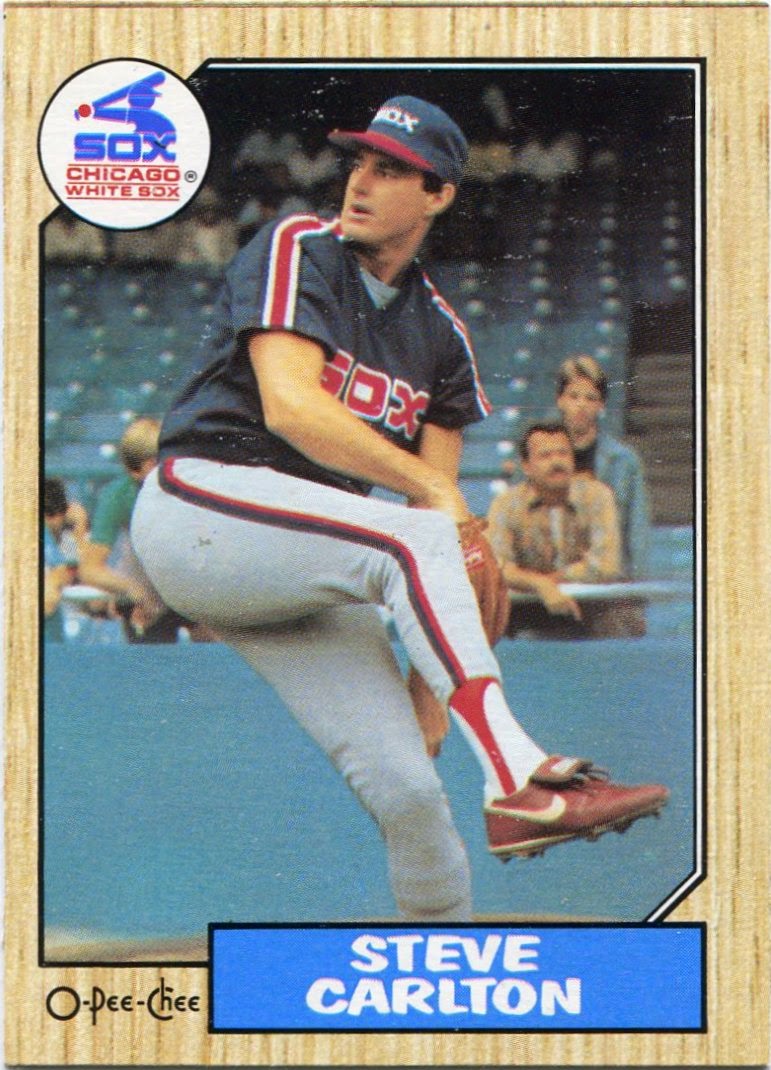 Tony closed out this envelope with yet another repack pull of his.

I remember specifically asking him for this one when he originally posted it on his blog. I couldn't turn away a chance to own the OPC version of Steve Carlton's Topps "sunset" card.

I would've been devastated if this great piece had gotten mangled in the mail.

Thankfully, it didn't. Mr. Carlton and all the other goodies Tony sent my way are safely resting in my binders as we speak.

Okay, Nick, I'll admit it -- I think it was the side loading sheet portion I used. Night Owl had the same thing happen to a PWE I sent him.

Or, maybe, the post office has it out for my mail. I don't know.

It's almost like someone at the P.O. is purposefully destroying envelopes that suggest hand-sorting. A true sociopath is in our midst.

I left pretty much the same comment on Night Owl's post, but I tested the postal service once. I sent two identical breakable items (a dish), packed exactly the same to the same address (my Dad's). One I marked "Fragile", the other one I didn't. I bet you can't guess which package had the broken dish in it? (Hint: It wasn't the unmarked package.)