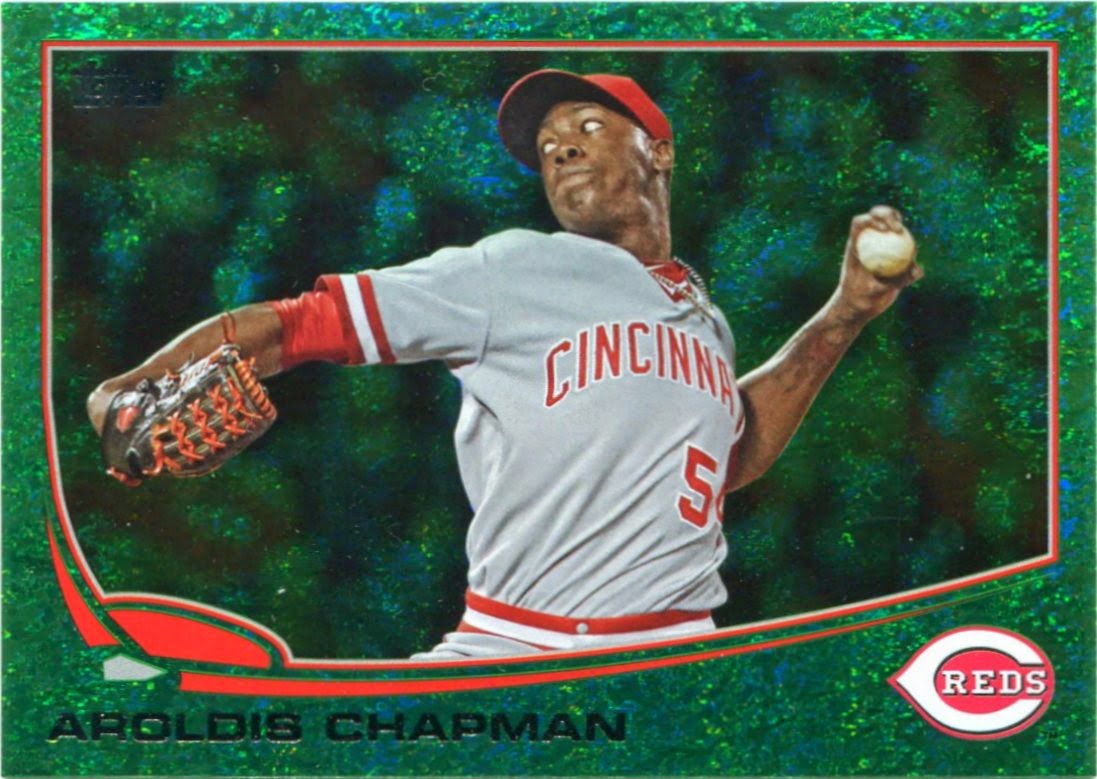 I'm proud to say that this blog revolves around the base card.

Base cards are what got me into this hobby back when I was a little kid. I busted open pack after pack in search of simple base cards of my favorite players.

I took an unexplained siesta for a year or two, right around when I started high school. For whatever reason, my focus shifted towards relics and autographs and numbered cards and all those other overhyped fads.

I'm back to being a base card kind of guy now. No matter how much Topps may be trying to kill it, base cards are the main reason I'm still collecting today.

That reminds me. An ever-generous reader named Michael recently sent me a monumental stack of recent inserts and parallels. 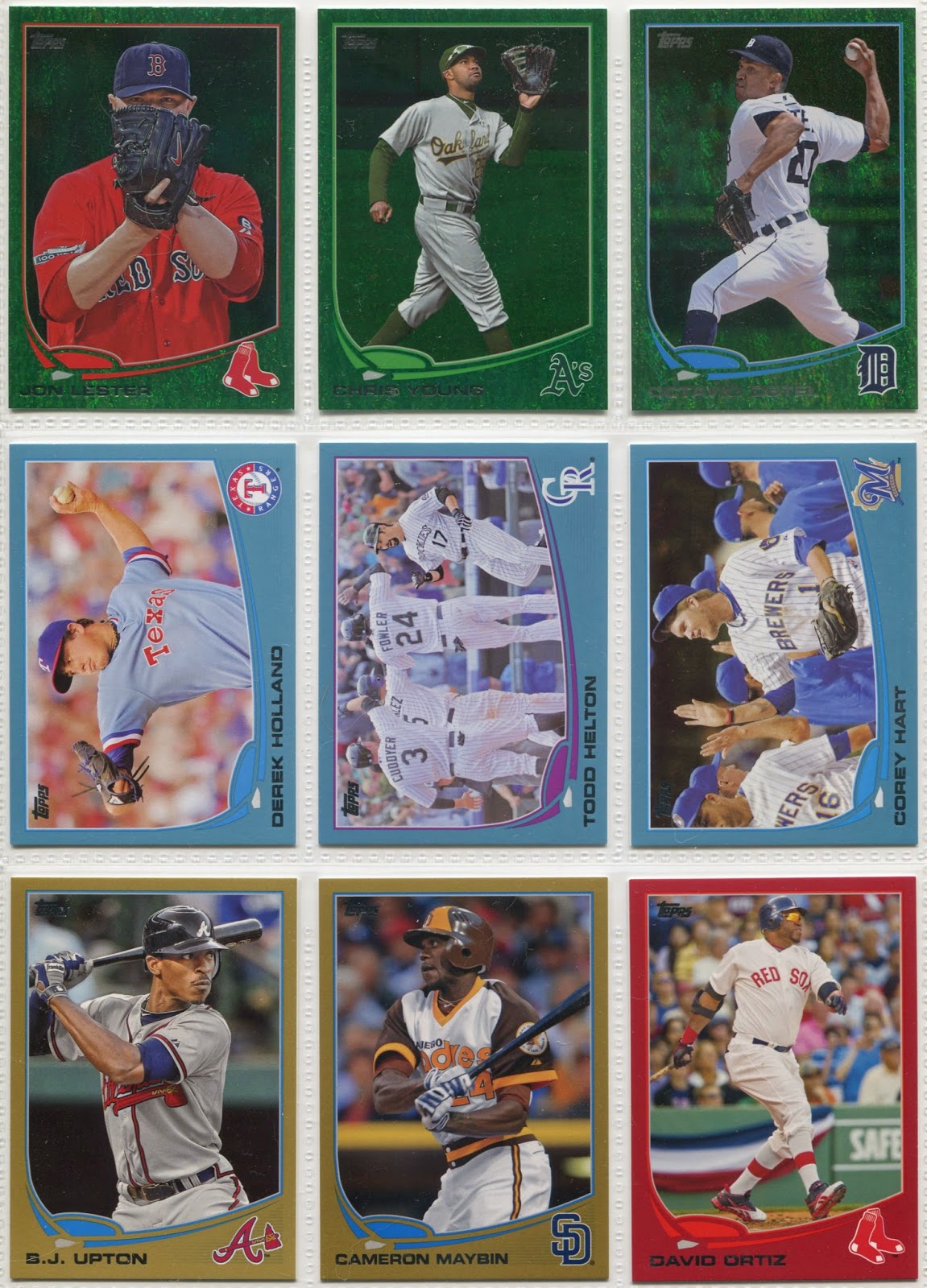 I still can't understand why I continue to chase after all the different kinds of parallels.

I've gone on record saying that what Topps is doing these days is nothing short of parallel overkill. Do we really need the emeralds, blues, golds, reds, and countless others that were released last year?

Yet, I still find myself salivating over receiving such a big stack of them in the mail. 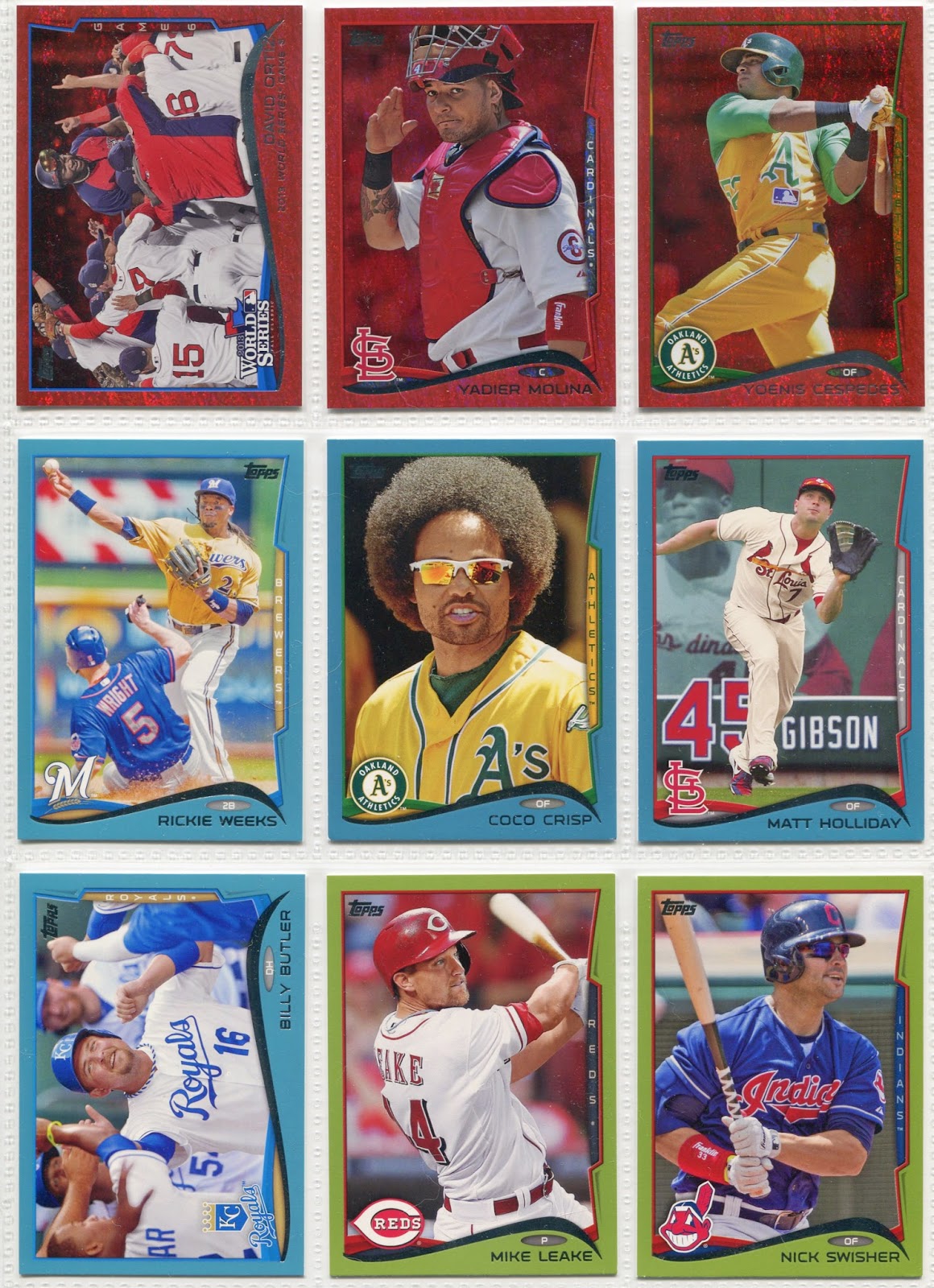 I guess I'm a bit of a hypocrite in that regard.

I go to huge lengths to defend my precious base cards, but then I go behind their backs and chase down their parallel enemies. 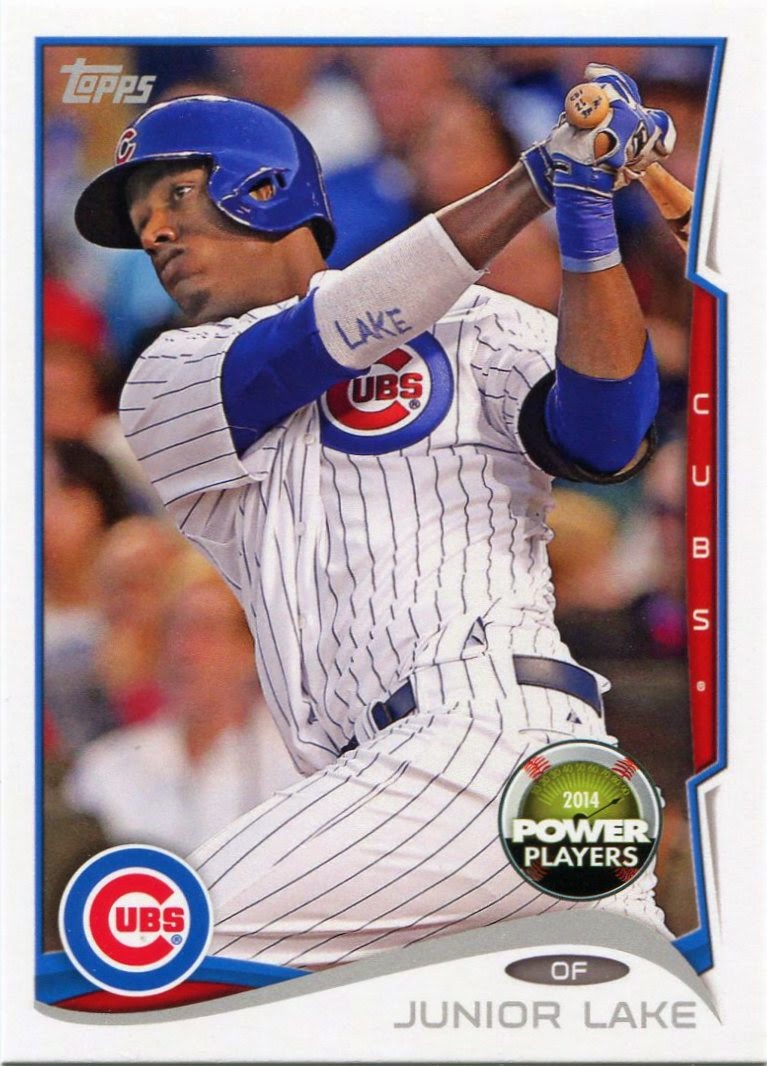 Michael even generously included a few of these 2014 "Power Players" singles.

I haven't tried out the promotion and I don't intend to anytime soon. But I'll still take the code cards themselves.

I think part of my weakness towards parallels involves my love for binders. Parallels just look so nice next to their base counterparts in a nine-pocket page.

My binders really do have a hold on me sometimes. 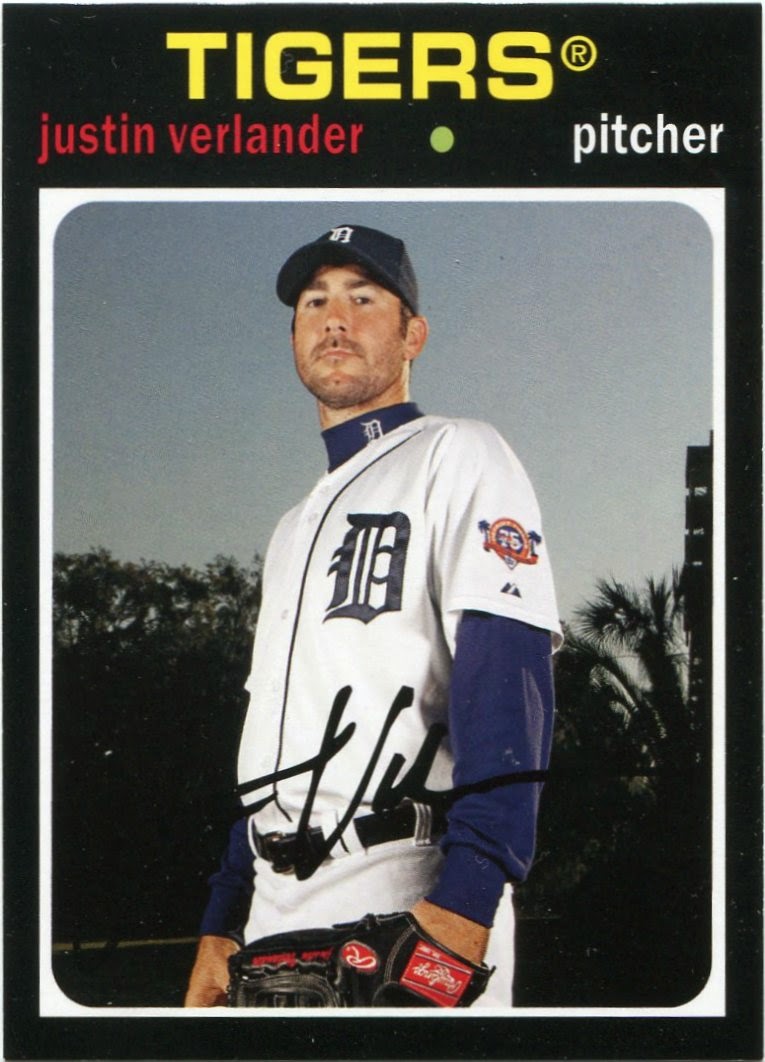 The parallel extravaganza was actually the second of two packages I received from Michael within about a three-week span. The first time around, he contacted me saying that he enjoyed my blog and had some hits from my "set needs" page to send my way.

This 2012 Archives Verlander was one of many Michael dug out for me. As far as I know, it was the very last card from the set that I needed for my many player collections.

Check out all that shrubbery in the background. 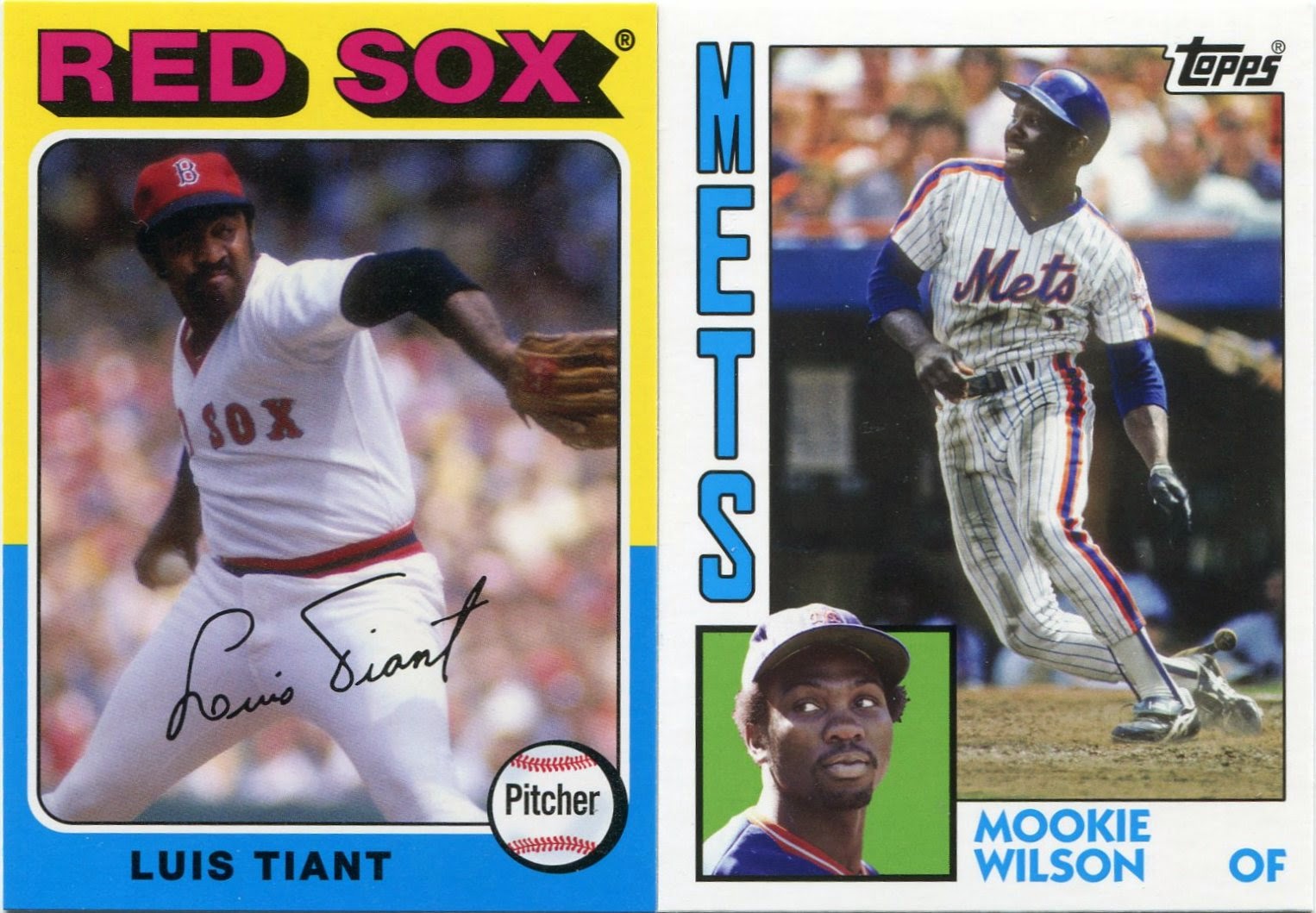 As if the parallels didn't make me feel like enough of a hypocrite, Michael sent over a whole bunch of Archives cards I needed.

This post comes just a day after I blasted this year's Archives for being monotonous and uninspired.

But here I am gloating over finally getting my hands on a couple coveted SPs from last year's release. 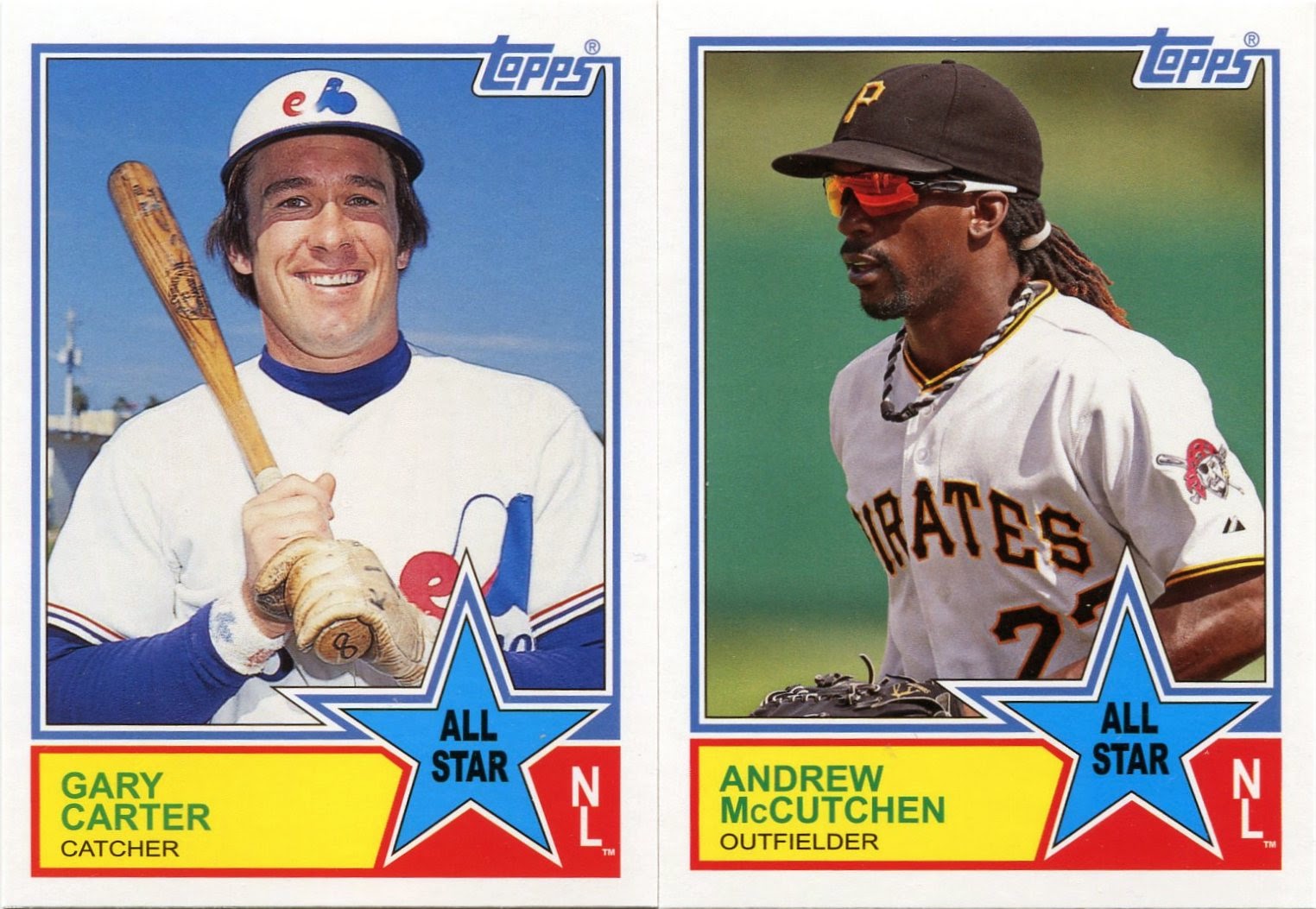 Still, I feel a little strange chasing after them since I'm so disappointed in the brand as a whole.

Besides, I'm not one to turn down new cards of Gary Carter or Andrew McCutchen. 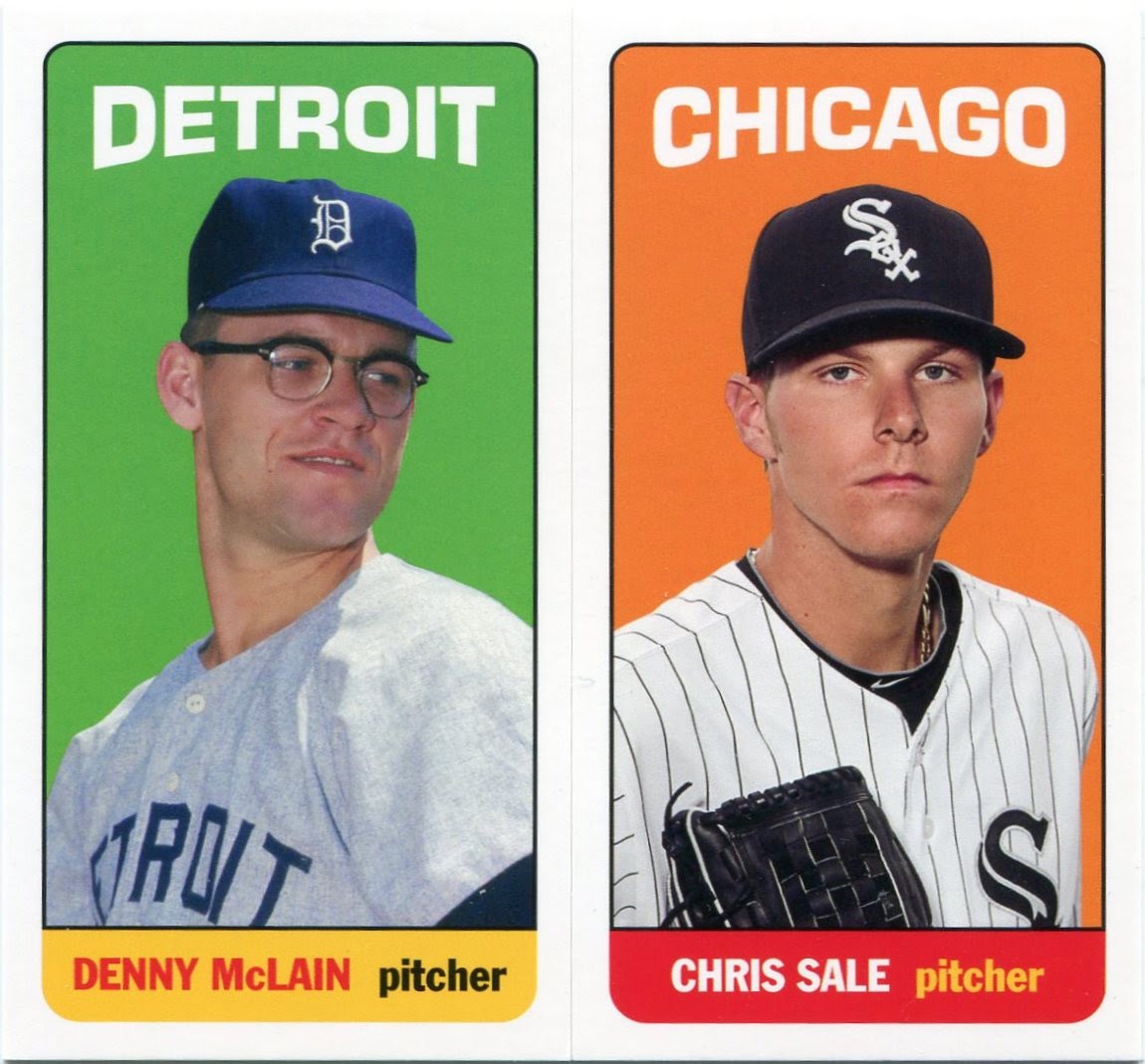 These are simply spectacular.

Though I might be inclined to think otherwise, the pairing of football and baseball is actually a refreshing change of pace. 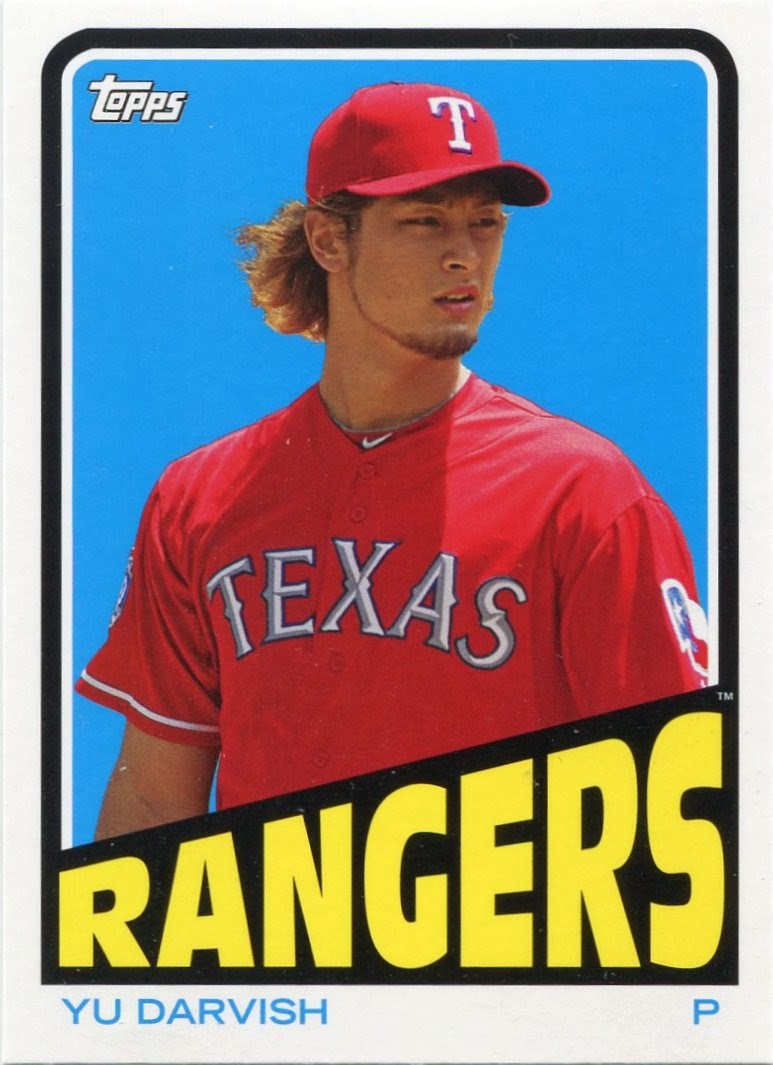 ...this is the first one of these in my collection.

What you see here is another crossover insert from 2013 Archives, one that features Mr. Darvish on the 1972 Topps basketball design.

I can't say I'm much of an NBA fan, but I'm absolutely enamored with these. 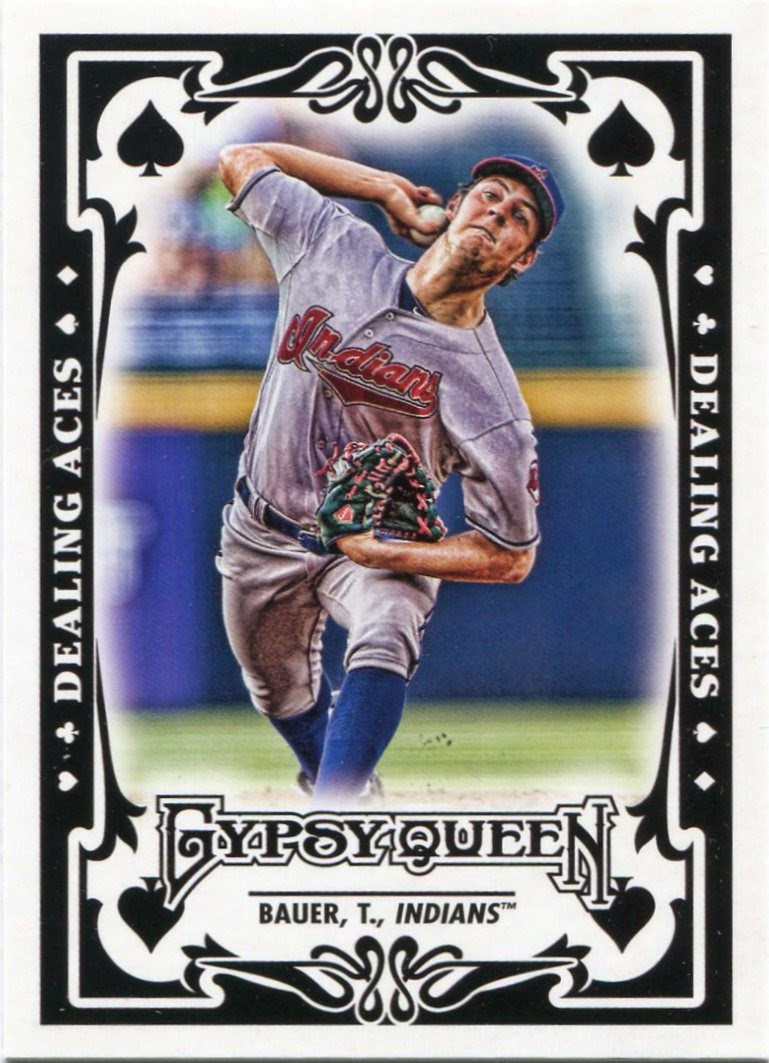 Here's a little more hypocrisy for you.

Though I've tried to make myself feel otherwise, I just flat-out don't like Gypsy Queen. I don't like to say that about any brand, but it's true with GQ. Like Archives, the inserts aren't bad, but the base cards don't strike my fancy.

I've found myself on an unofficial quest to corner the market on Trevor Bauer lately. I think this is already about the 25th different card of his in my collection. They just seem to fall in my lap.

He's struggled during his brief time in the majors the past couple years, but I still think he can turn it around.

As this Gypsy Queen insert predicts, I think there's potential for Bauer to become an ace. 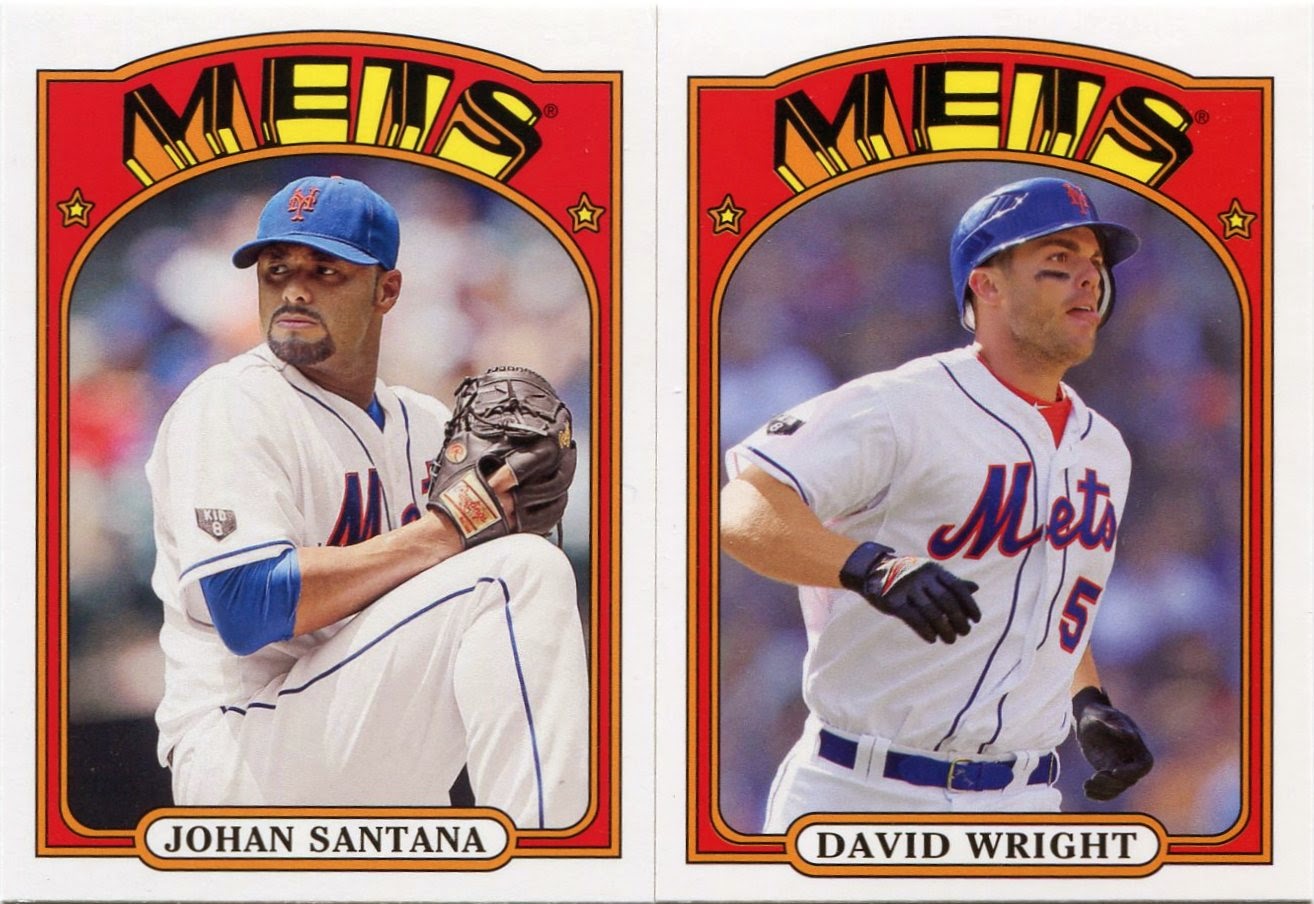 No matter what Topps does, Flagship will always be about the base cards for me.

But that's not to say that I won't devote a little time each year to chasing down some of the inserts. Because I will.

I was certainly happy to see this pair of '72 Mets minis come from Michael. 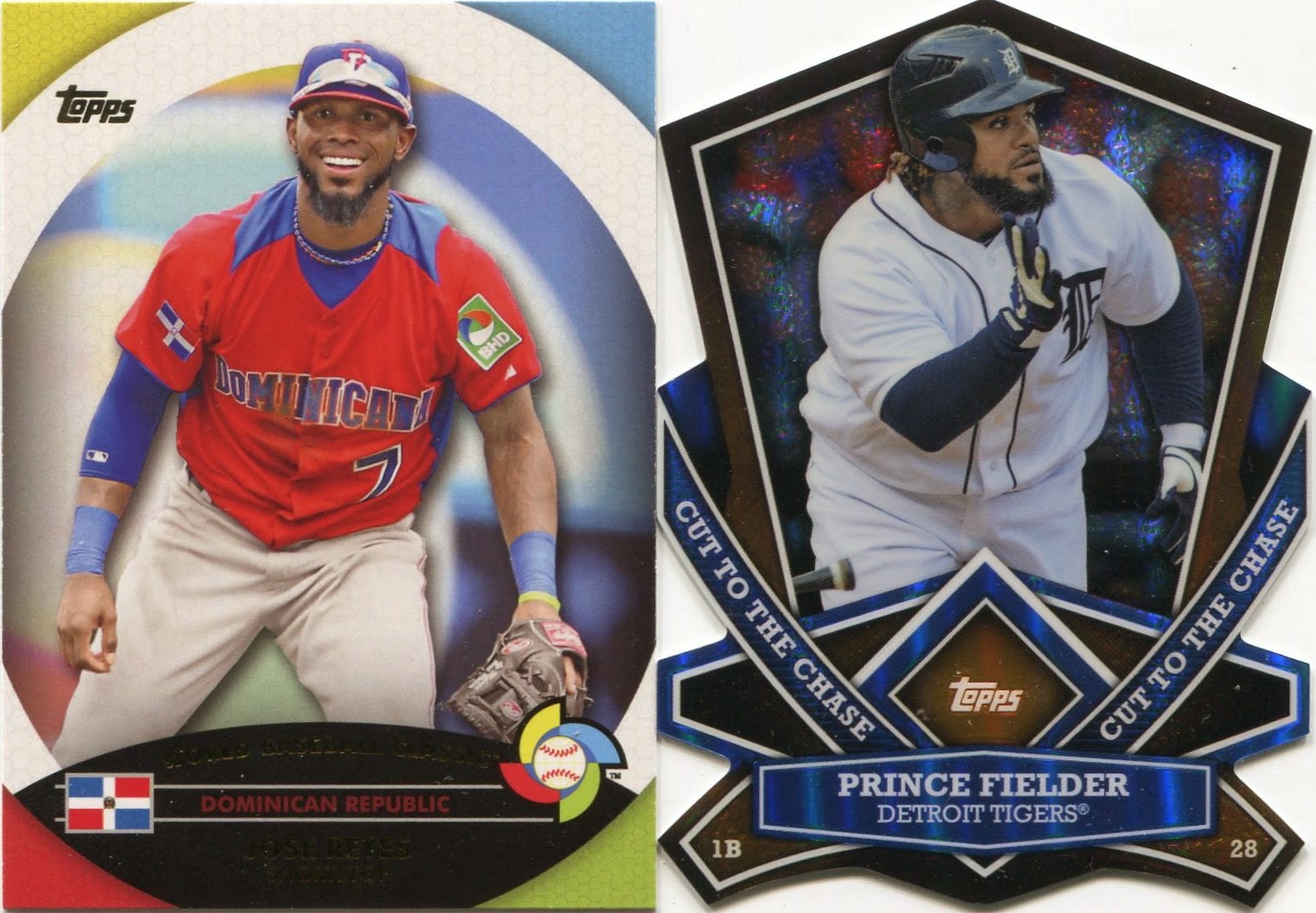 The same goes for these two.

I can't turn down a good insert every now and then. 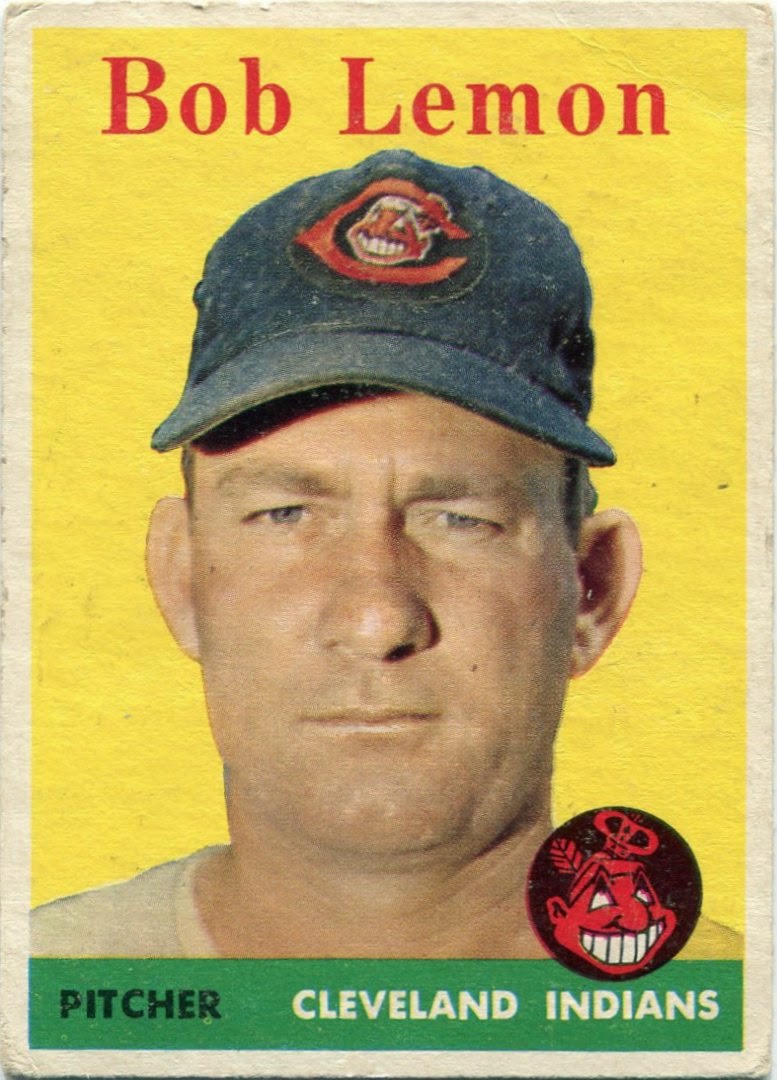 Deep down, though, I'll always be a base card kind of guy.

There were no such thing as inserts when this Bob Lemon card hit the streets in 1958. Topps was a base set and nothing else.

Michael completely shocked me with this one. He didn't say anything about vintage in the email he sent me.

But, lo and behold, this beautiful Bob Lemon started out at me underneath his big stack of recent inserts. I don't think it's any coincidence that Topps gave Mr. Lemon a yellow background.

That's the kind of beauty you can only get from a base card. 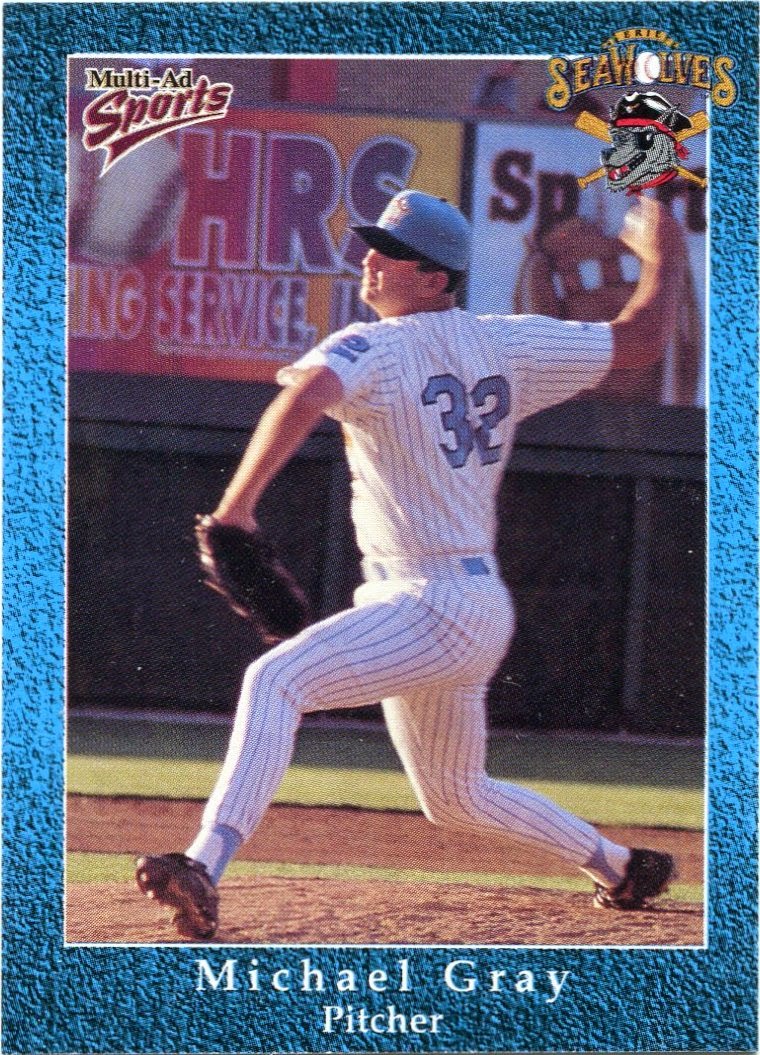 A '50s card of a Hall of Famer would normally close out a trade post like this.

Not in Michael's case. As he mentioned in the note he included, he shares a name with a former minor leaguer. (He was also quick to mention that this Michael Gray is not him.)

I find that unbelievably cool. My last name isn't at all common, which means I probably won't be sharing it with a professional ballplayer anytime soon.

After going undrafted, this Michael Gray pitched exactly one year in Low-A in the Pirates system. He posted a 3.20 ERA in 29 games with the Erie Sea Wolves in 1998.

The fact that he has a card at all is surprising. It means a lot that Michael would include it in a package to me.

At its core, this blog will always be devoted to the base card. Still, packages like these force me to consider a valuable lesson in collecting.

I always find it hard for me to come to grips with the fact that I continue to chase down inserts, parallels, or whatever else may come along. After all, I'm a self-proclaimed base card lover. I guess that brings up an interesting question.

Why do I feel the need to choose between one or the other?

There's plenty of room for both in my collection.
Posted by Nick at 4:04 PM