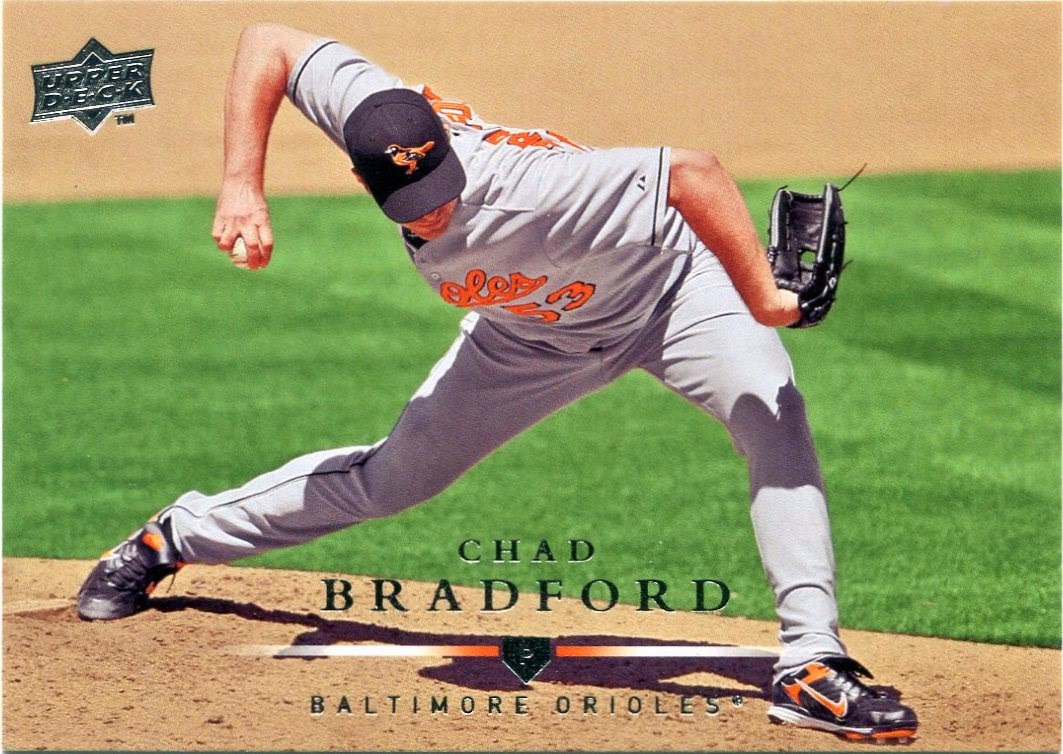 I think I secretly always wanted to be a pitcher.

During my years in Little League, I was mostly a middle infielder and an outfielder. My coaches seemed to recognize that I had a decent glove. I was that rare kid who liked to field more than hit.

All this time later, though, I can't help but think how cool it would've been if I were a pitcher. While I'd like to believe otherwise, it's probably no coincidence that the coach's kid got to pitch on most of the teams I played for in Little League.

If memory serves me right, I got to take the mound exactly once in my career. It only happened after weeks of begging my coach. I don't believe I allowed any hits in my one inning of work, although I think I walked a guy.

I guess part of me just wanted to mimic all those wacky windups I'd learned about in my self-taught baseball history lessons.

In today's highly-mechanical era of air-tight pitching, it's always good to see a guy with an unorthodox motion make it to the majors. It adds an extra bit of spice to a baseball game.

I'll ruin the suspense now and say that my all-time favorite windup belongs to the ultimate submariner himself, Chad Bradford.

I hurled a countless number of baseballs over fences trying to emulate his motion. 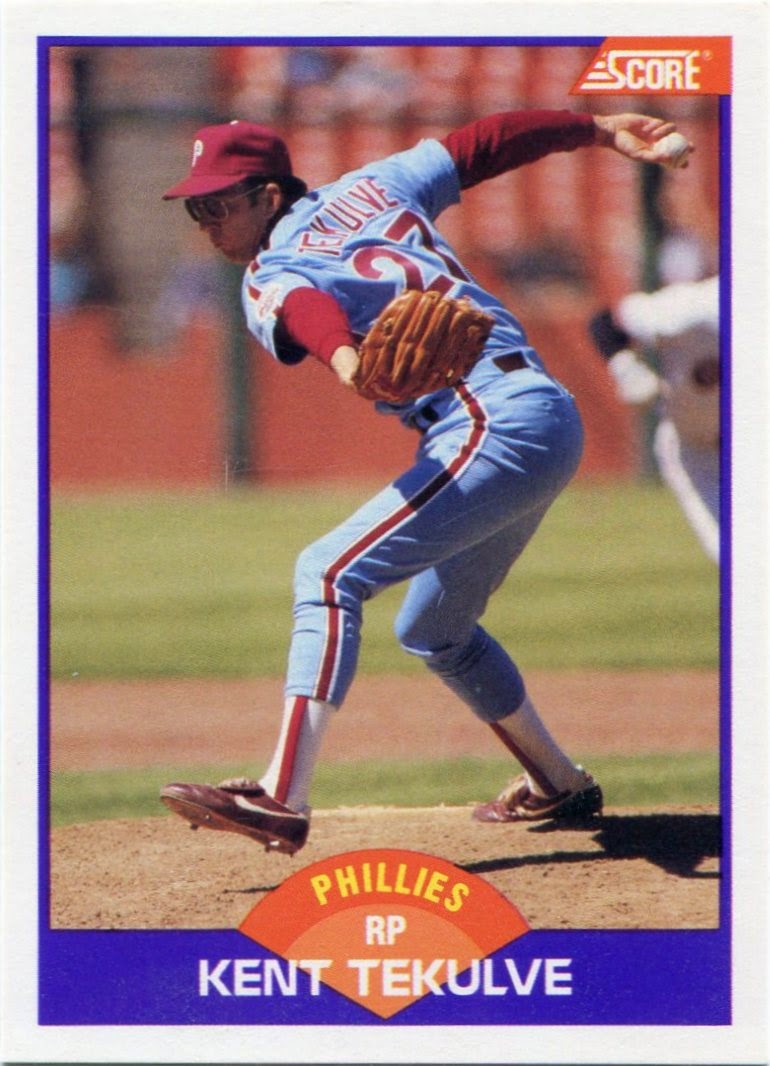 Although less so today, baseball history is filled with sidewinding pitchers.

If you look at turn-of-the-century footage, these types of windups were pretty much commonplace. Walter Johnson and many pitchers of his era threw from the side.

I'm a bit of an oddball, in that my natural delivery is actually sidearm. I can't throw overhand or three-quarters to save my life.

Maybe that's why I've become such a big fan of Kent Tekulve. 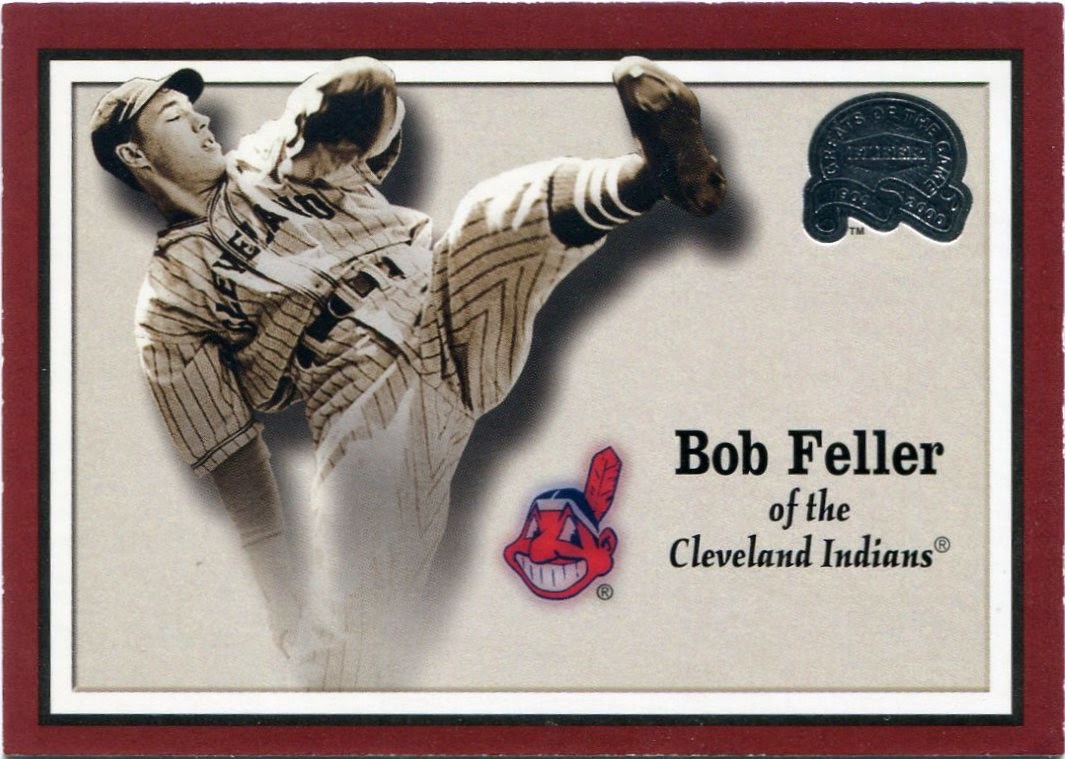 Much like sidearmers, big leg kicks aren't as common today.

The majority of baseball history, however, is littered with them. I'll bet Bob Feller's menacing fastball had something to do with the huge leg kick he had in his delivery.

I couldn't imagine having to face a 100-MPH fastball, period. Much less one accompanied with a windup like that.

I fell right on my butt. 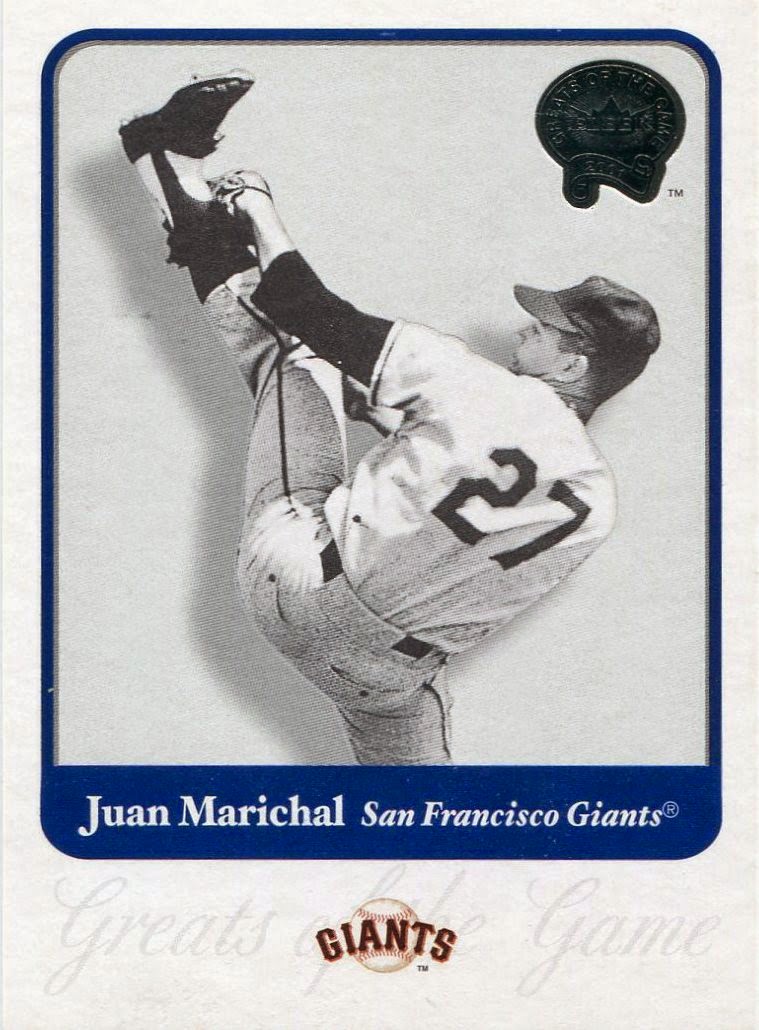 I never had it in me to try anything like this.

As shown on a number of his baseball cards, Juan Marichal used an alarmingly high leg kick throughout his Hall of Fame career.

It looks like the "Dominican Dandy" is trying to tie his shoe in midair in this shot. 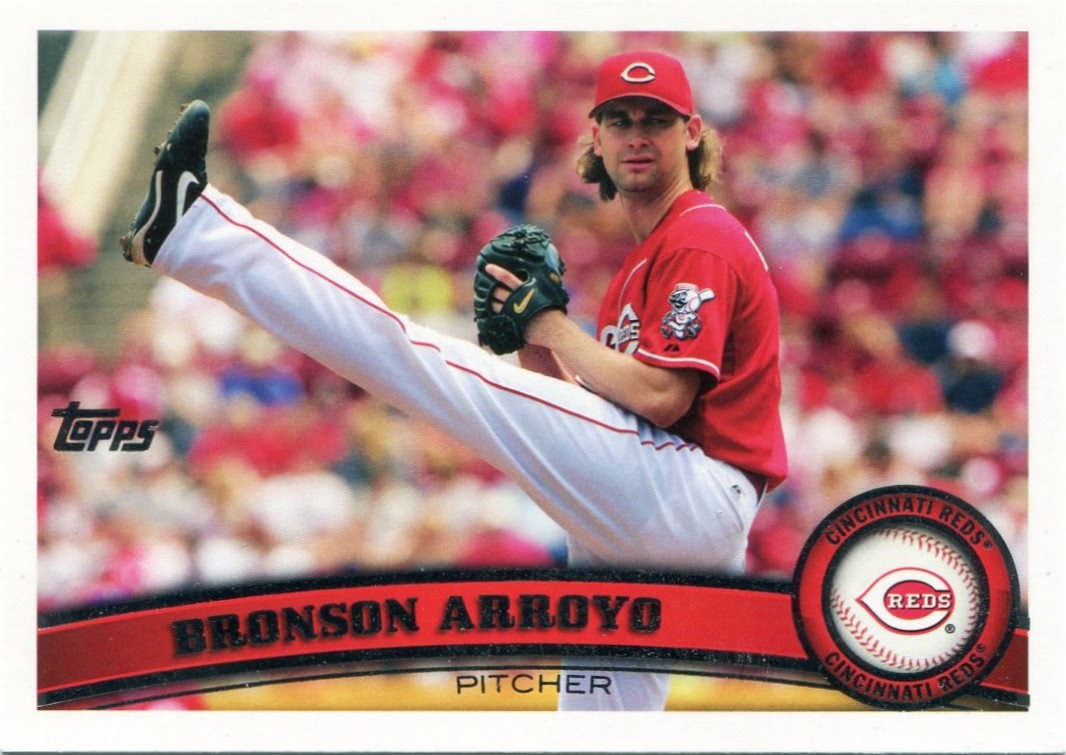 If there's one guy keeping the leg kick alive in 2014, it's Bronson Arroyo.

In one of the most beautiful horizontal cards ever made, you get a glimpse of just how extreme his is. Arroyo's leg pretty much reaches to the top of his head.

I don't know about you, but my leg hurts just looking at it.

With a windup like this, it's amazing that Arroyo just recently landed on the DL for the first time in his long career. 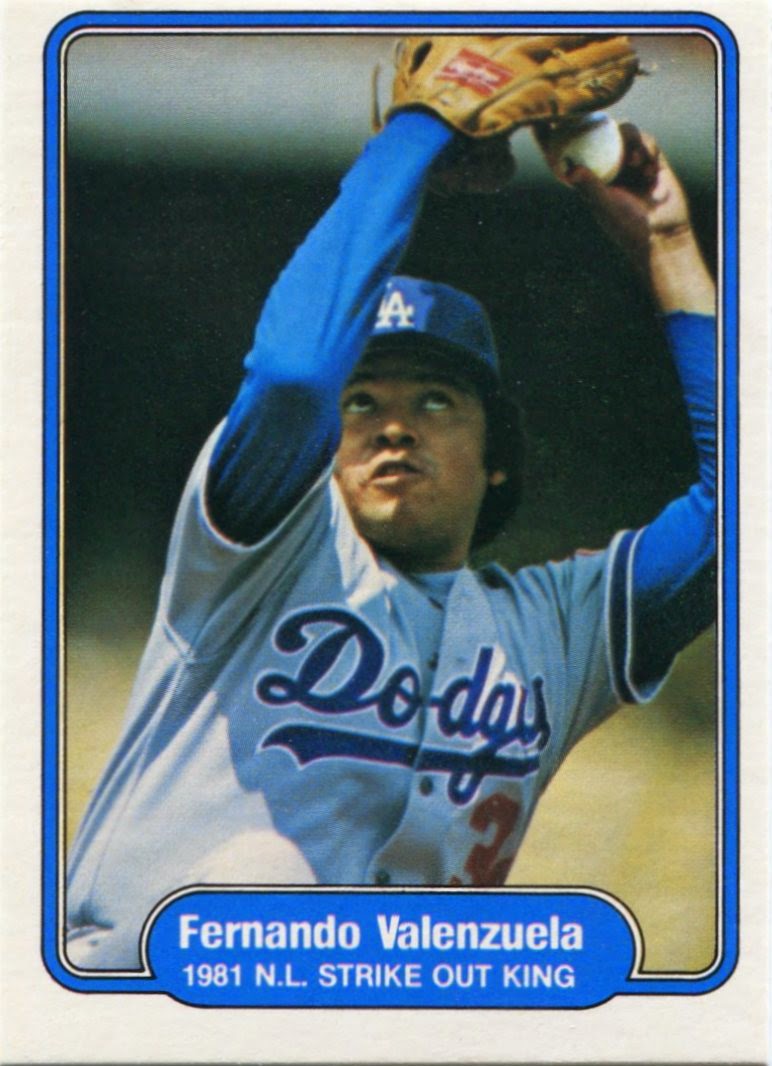 If you were a baseball-loving kid around 1981, I'm sure you copied Fernando Valenzuela's famous windup all the time.

Although I started Little League in the late '90s, I know I goofed around with it every now and then.

Valenzuela would start his windup by lifting his arms high above his head.

Then, in what would become his trademark move, he'd look straight up at the sky just before delivering the ball. 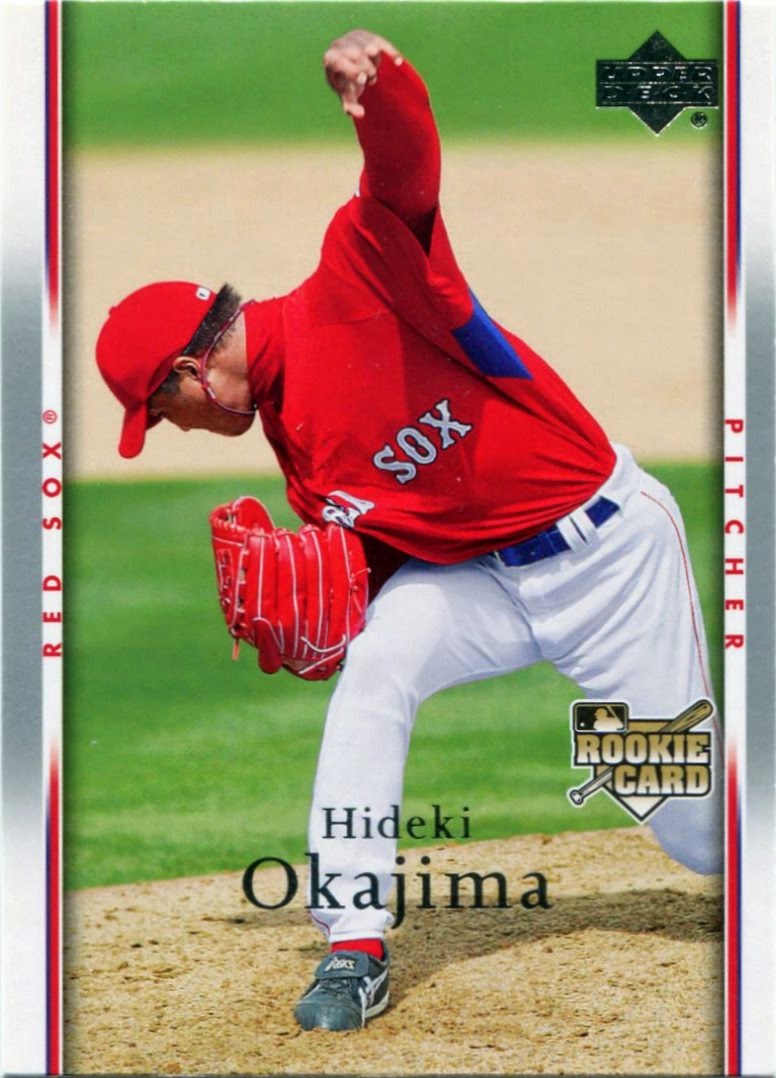 Hideki Okajima, on the other hand, was the exact opposite.

He looked straight down as he threw to home plate. While guys like Tekulve and Valenzuela get mentioned often in these types of discussions, I think Mr. Okajima is like an ace in the hole.

I've never seen another windup quite like his. How he had any sort of accuracy with a delivery like that is beyond me.

I'd probably break a few car windows if I ever tried it. 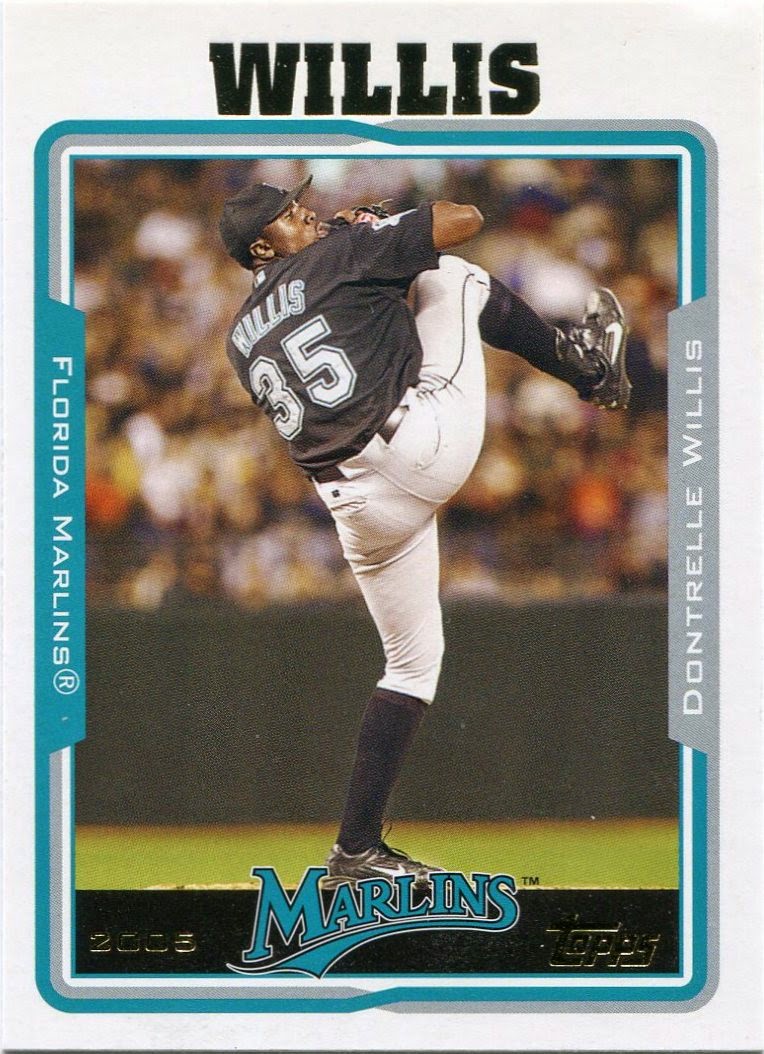 Unlike Chad Bradford's submarine style or Bronson Arroyo's leg kick, some deliveries are nearly beyond description.

The only word I have to sum up a windup like Dontrelle Willis's is, well...herky-jerky. If that's even a real word.

Though his fade into obscurity was remarkably quick, Willis was at the top of baseball for a few years there in the mid-2000's. It still pains me that the Cubs traded him away at one point. (Although it did make for a neat zero-year card, I must say.)

You really had to see his windup to believe it. He'd turn his back to the hitter, tuck his leg way up against his chest, then unravel and deliver the ball to the plate.

I can see the influence of a certain Red Sox pitcher in Dontrelle Willis. 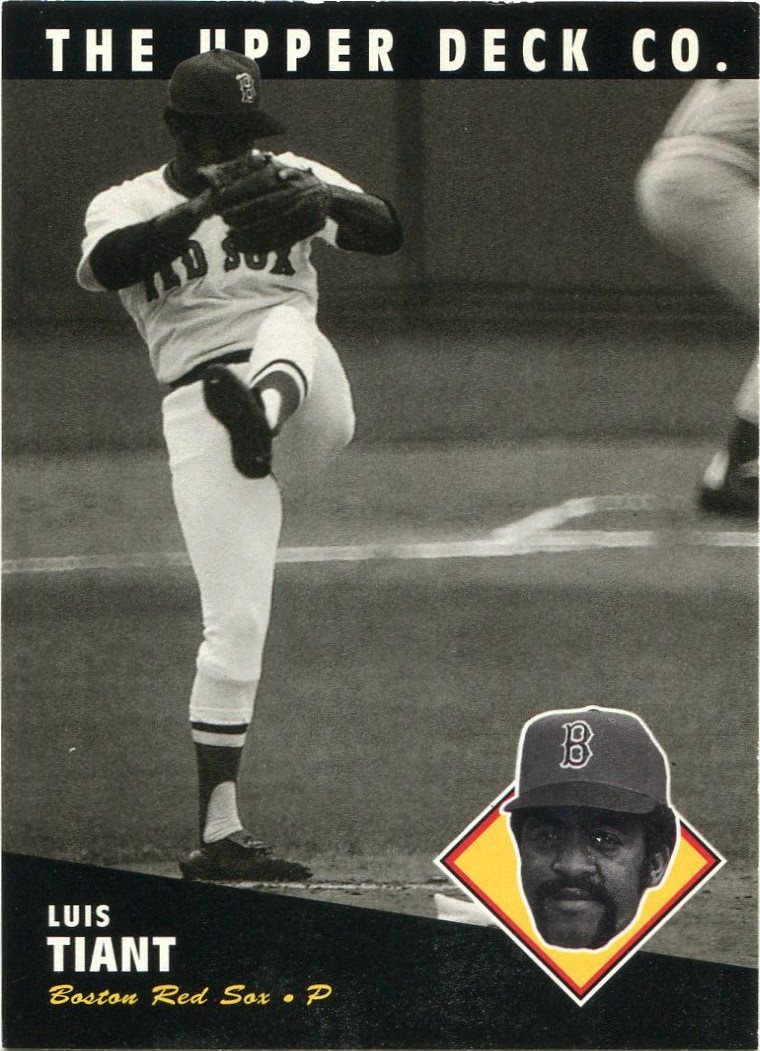 That certain somebody is Luis Tiant.

After his time as a hard-throwing, conventional pitcher with the Indians in the '60s, Tiant was forced to reinvent himself after losing a bit of zip on his fastball.

He had a few down years in the early '70s before joining the Red Sox and adopting the windup we've all come to love.

With so many dips, jerks, and kicks, his motion is completely beyond description.

If you've seen it, you probably know what I mean. 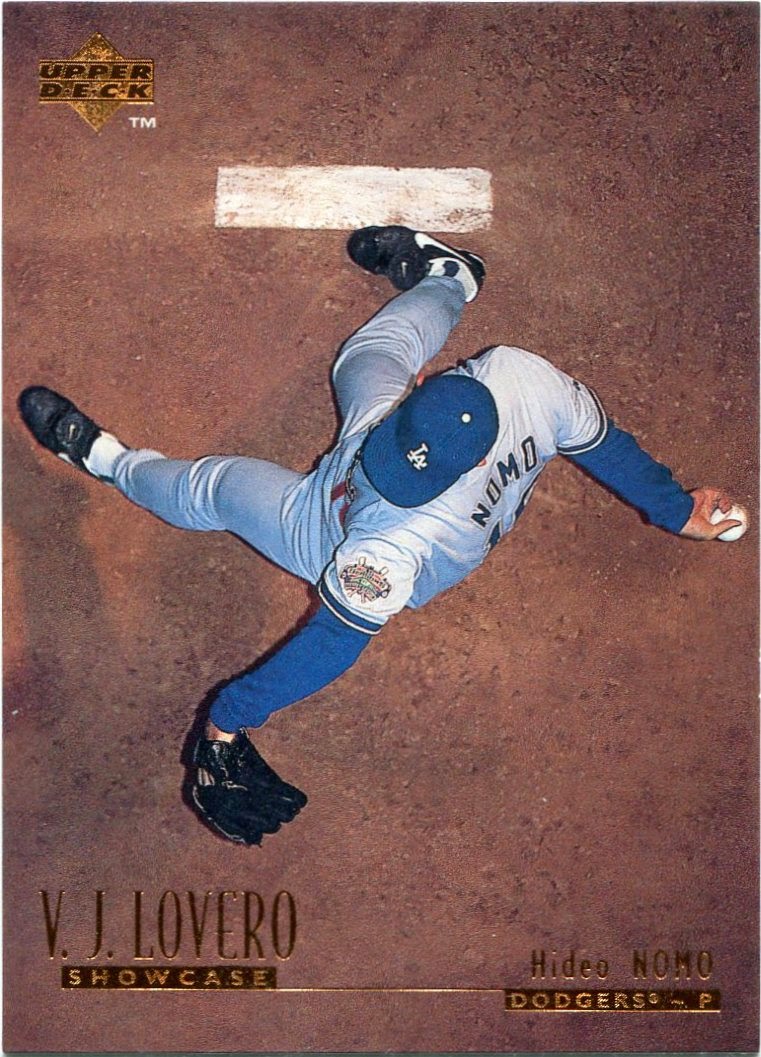 Chad Bradford may own my favorite delivery of all-time, but I think this particular Hideo Nomo shot is the king of wacky windups on cardboard.

Like Mr. Valenzuela over a decade earlier, Nomo dominated the baseball world with his strange delivery in 1995. It resembled a torpedo with the way he'd whip his body back towards the hitter.

I own lots of cards that feature Nomo's quirky windup, but none come close to matching the greatness of this one.

The sheer beauty of it is second-to-none.

Ah, maybe it's just as well I didn't become a pitcher.

With a desire to repeat all these crazy deliveries, I probably would've thrown my arm out by the time I got to 5th grade.

Where's Horatio Pena!?.....I roofed many baseballs trying that one!...

And yes,it is ever thus in Little League....the idiot coach's idiot kid is usually the pitcher.....

Love this post. I was all about mimicking windups when I was a kid. In addition to Fernando, my favorites were Bert Hooton and his crazy arching back, Dan Quisenberry's submarine delivery, Vida Blue's big leg kick, Gene Garber's about-face delivery. Great stuff.

Am I the only that notices the shocking resemblance between Nomo and a swastika? Maybe it's just my history degree coming to the forefront.