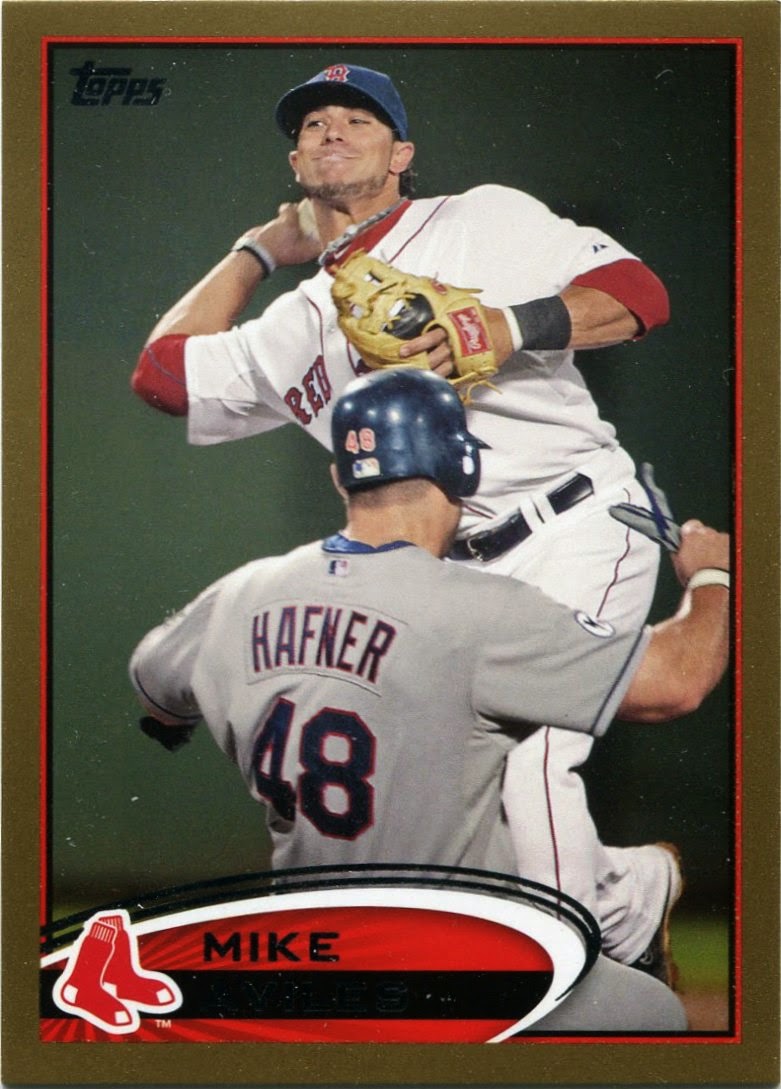 I'd like to start by wishing a very happy Father's Day to all the great dads out there.

If you read this blog at all, you probably already know how important my dad is to me. He's had a huge impact on basically every aspect of my life. His presence has been greatest, perhaps, with my silly baseball card hobby.

I highly doubt I'd be collecting today without my dad. He's the one who first introduced me to baseball cards, and he's really the only person I know personally who has any sort of interest in them.

My dad has supported my collection in more ways than you can possibly imagine. One recent contribution took the form of a couple different 100-card repacks from the local Target, which is a great set up for another edition of...

If you haven't tuned into past episodes of Repack Wars, don't worry. There's no strict ruling system. I basically just hand out points as I see fit.

Most of the repacks I've bought in the past contained unopened packs of both 1989 Fleer and 2012 Topps Update. This one had just the Update pack inside, omitting the '89 Fleer completely. That's no skin off my back.

The Update pack didn't anything Earth-shattering, though this Mike Aviles "double dip" gold parallel has to be good for a few points. 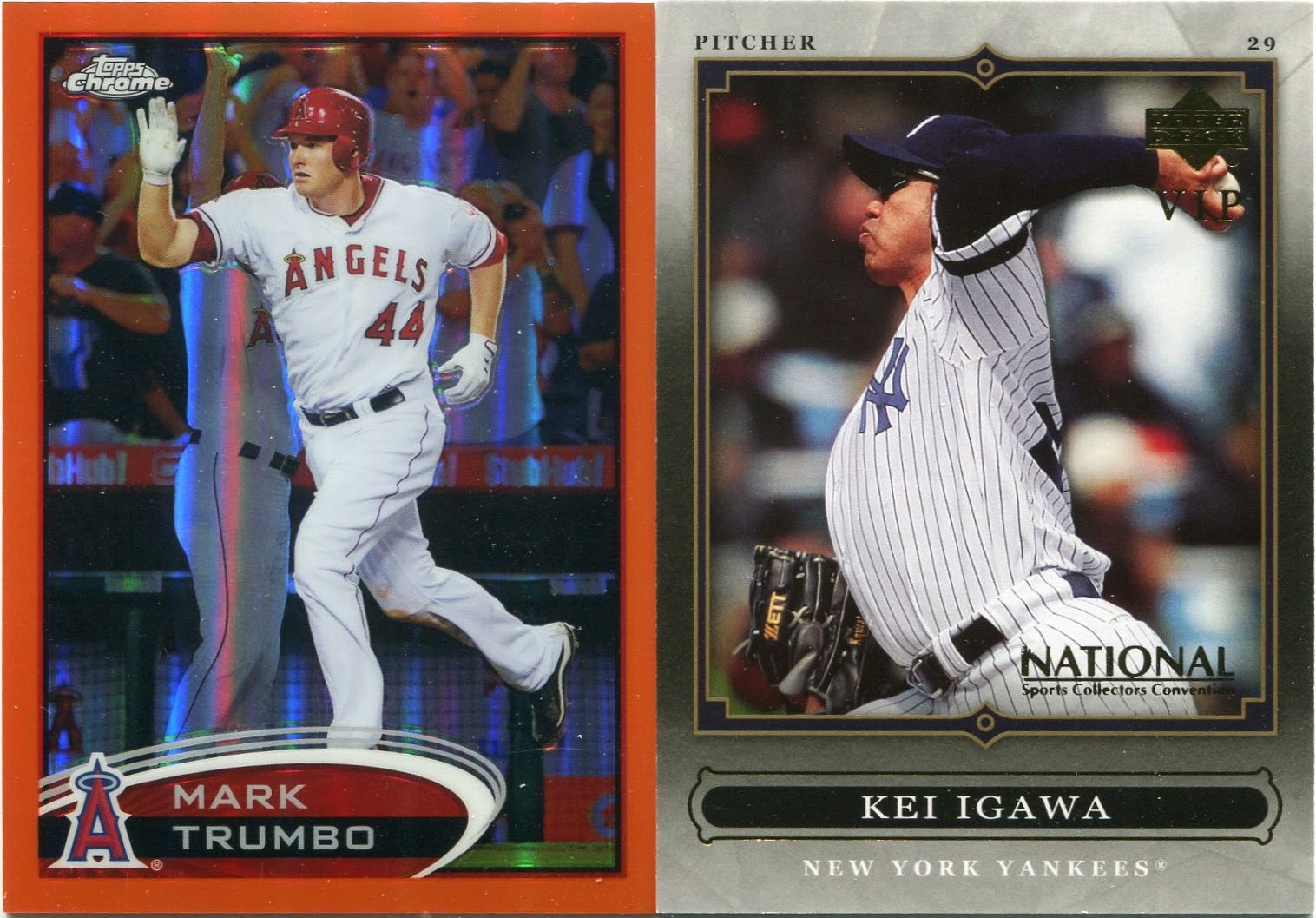 I spotted these two beauties out of the front window of this repack.

That's the beauty of this type of packaging. You can carefully construct your purchase based on what cards are showing out of the front.

The Trumbo refractor is a neat new addition to my player collection of his. The Kei Igawa, on the other hand, is an awesome oddball that I never expected to find in a repack.

It was given out in VIP packages at the 2007 National, back when Mr. Igawa was all the rage. As New York's answer to Dice-K, he completely bombed in his two short seasons in the Bronx.

That didn't stop me from wanting such a cool oddball, though. 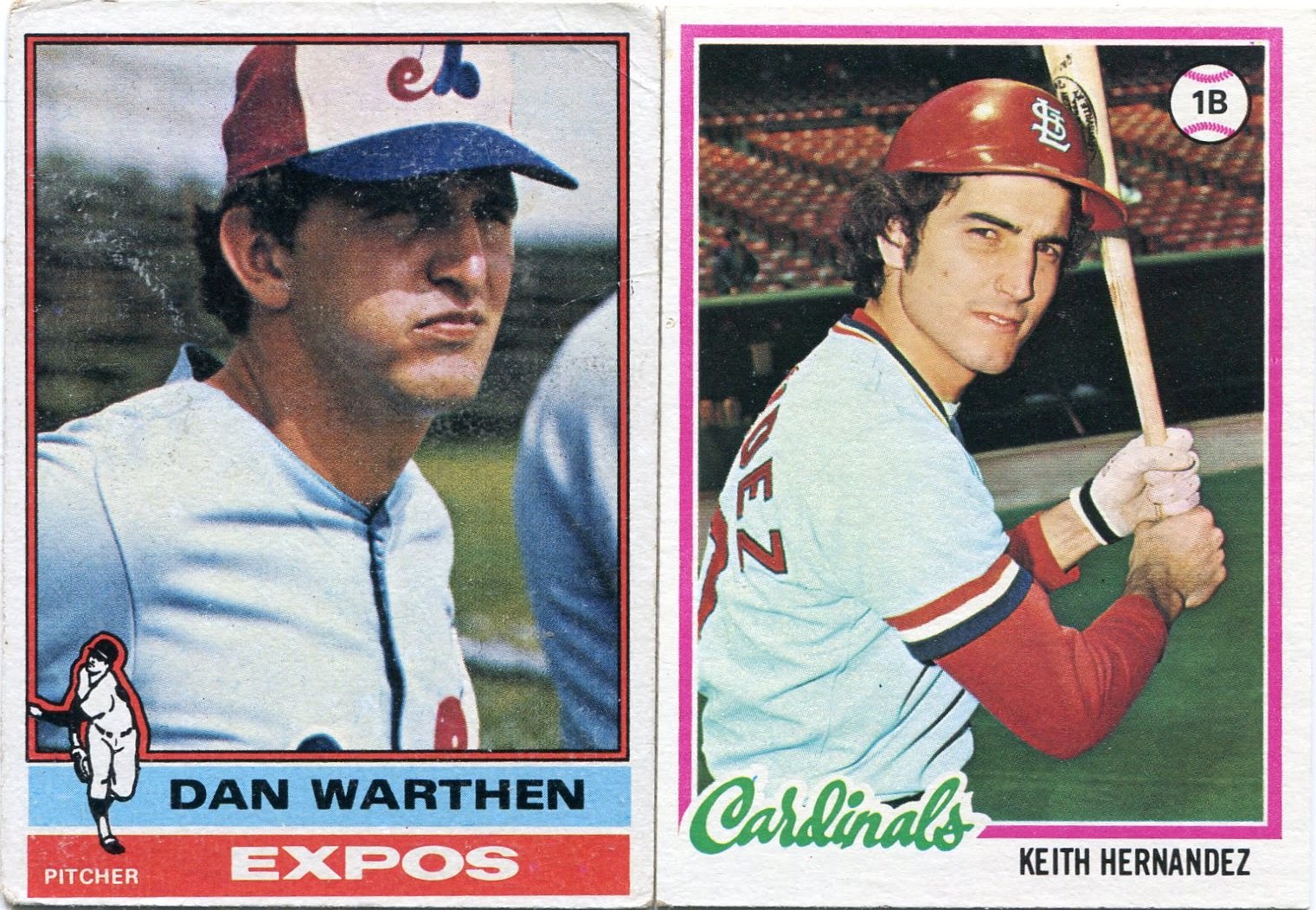 Most of these repacks contain a slight hint of vintage. 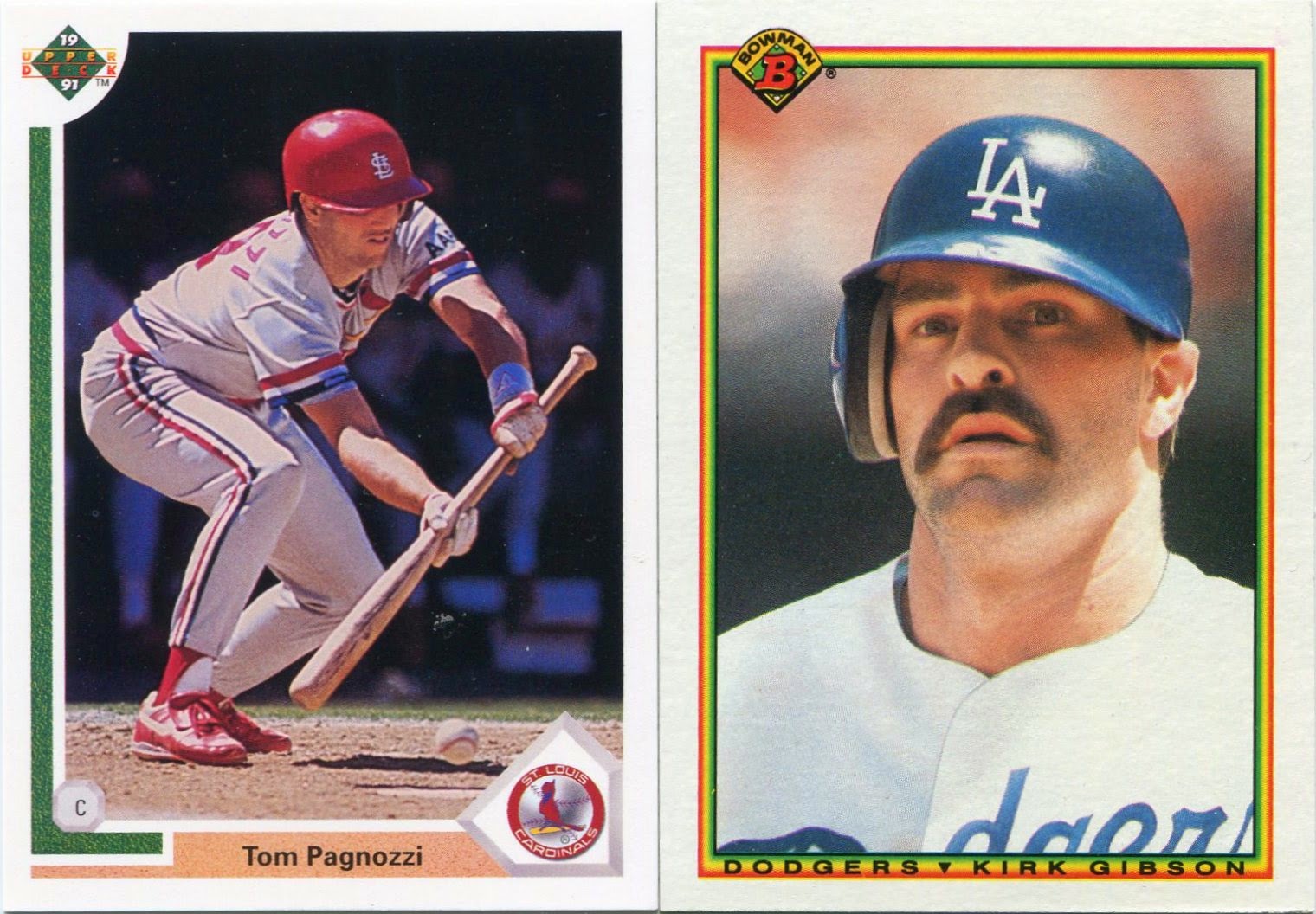 The vast majority of repack pulls are overproduction-era cardboard.

It has upsides and downsides. On the positive end of the spectrum, you might discover a great new photo that had previously slipped under your radar. That Pagnozzi is one of the best bunting shots you'll ever find.

On the negative, you'll probably find a decent number of cards that remind you just how uninspired some overproduction era sets were.

How that unflattering shot of Kirk Gibson made it to the presses, I'll never know. 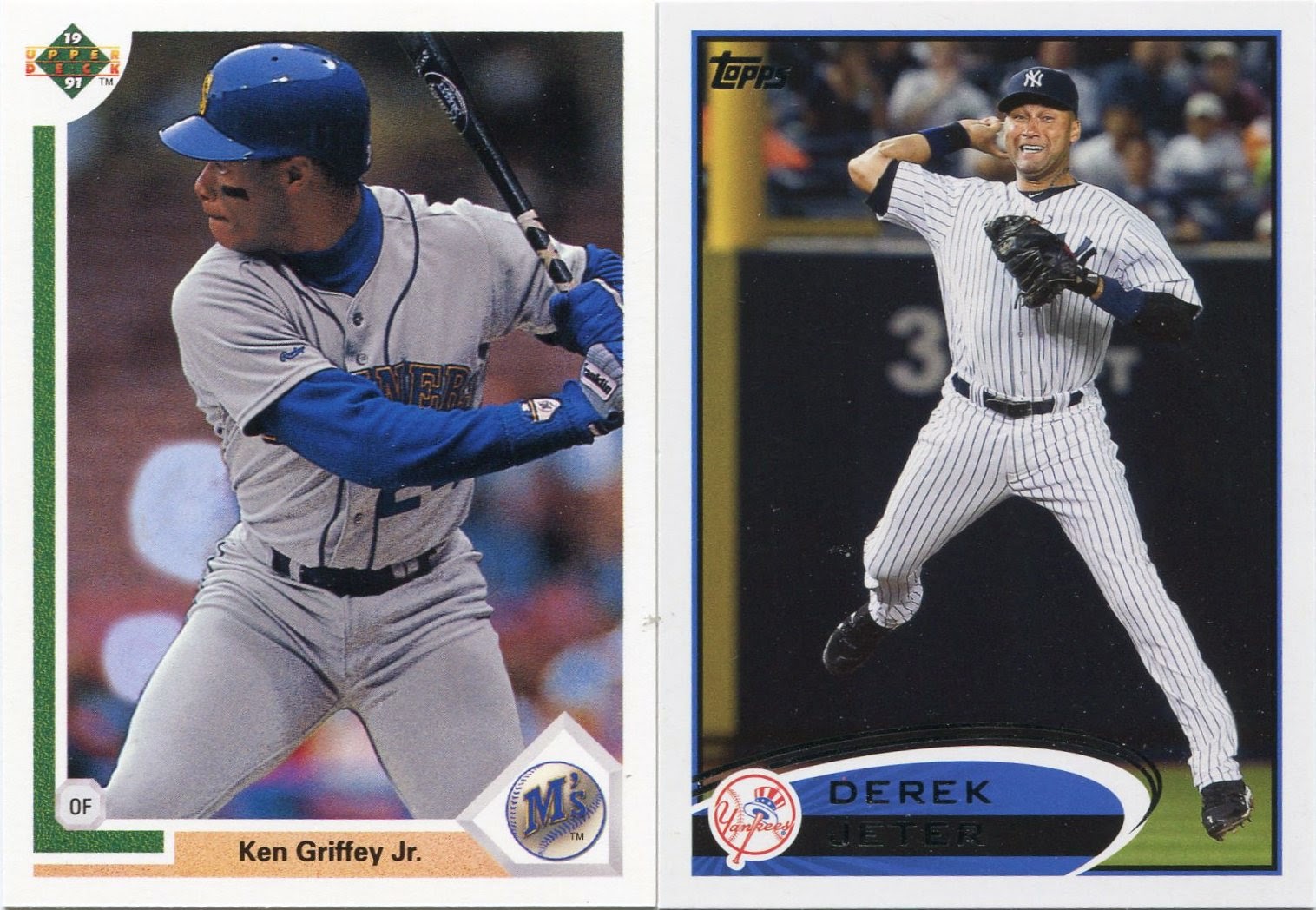 Guys like Griffey and Jeter are always welcome sights in these things. 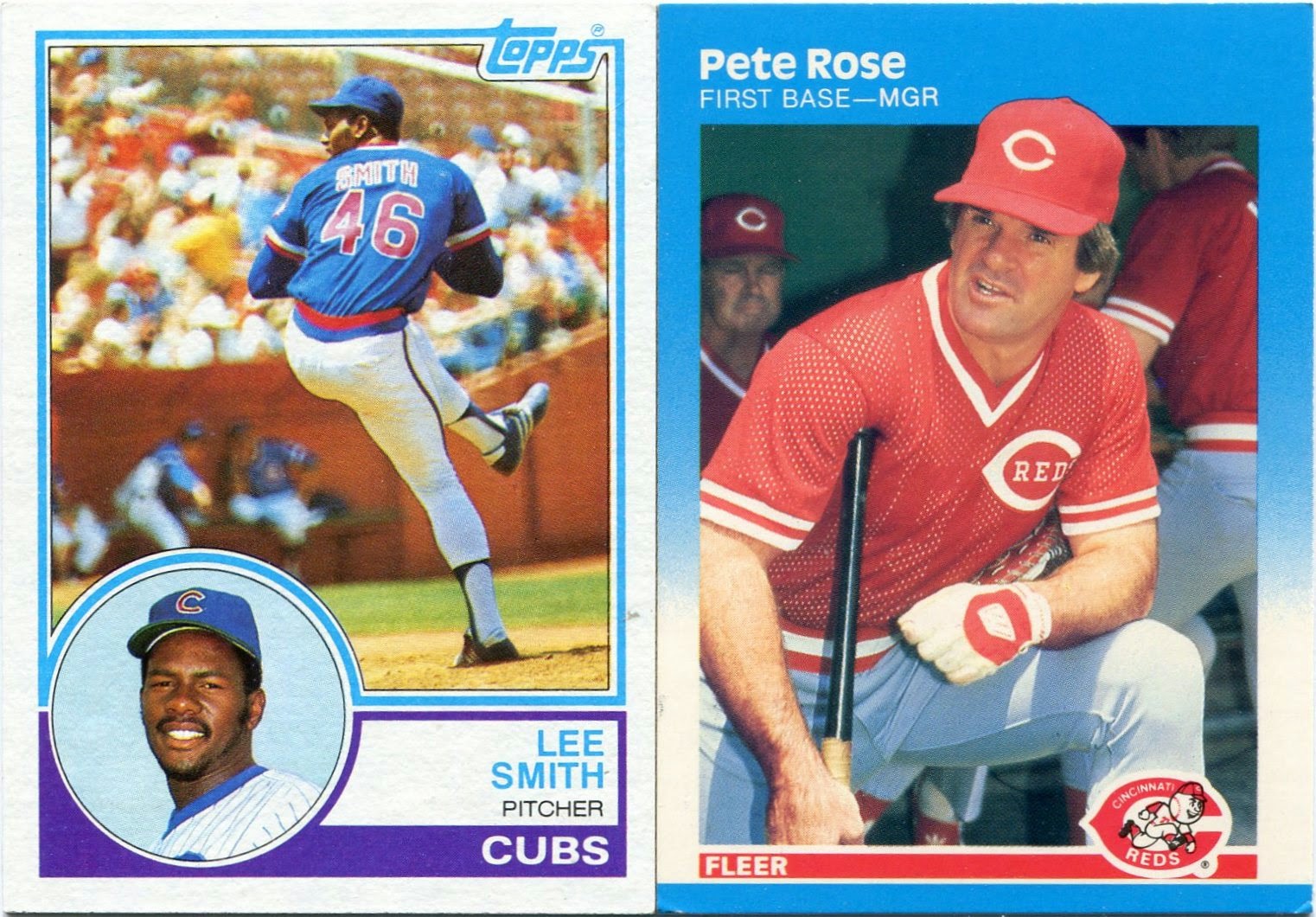 I certainly won't turn down a second-year Lee Smith card out of a repack. I was a little surprised I didn't already own a copy of that one.

It's impossible to tell from the scan, but the Rose actually comes from the '87 Fleer Glossy checklist.

Combine all those, and you have one sweet repack pull. 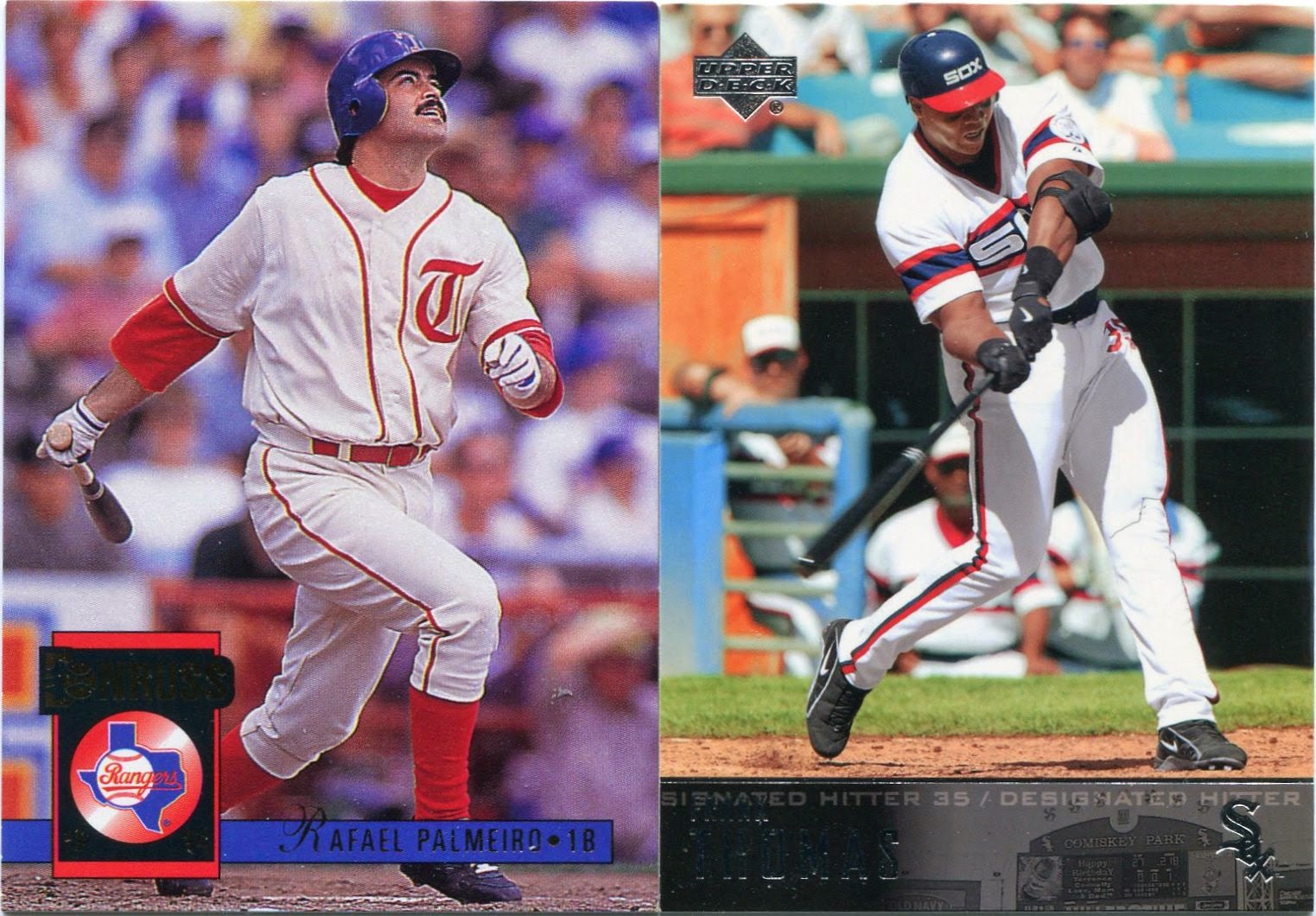 The Palmeiro is a cool faux-throwback.

The "Big Hurt" is an even cooler real throwback. 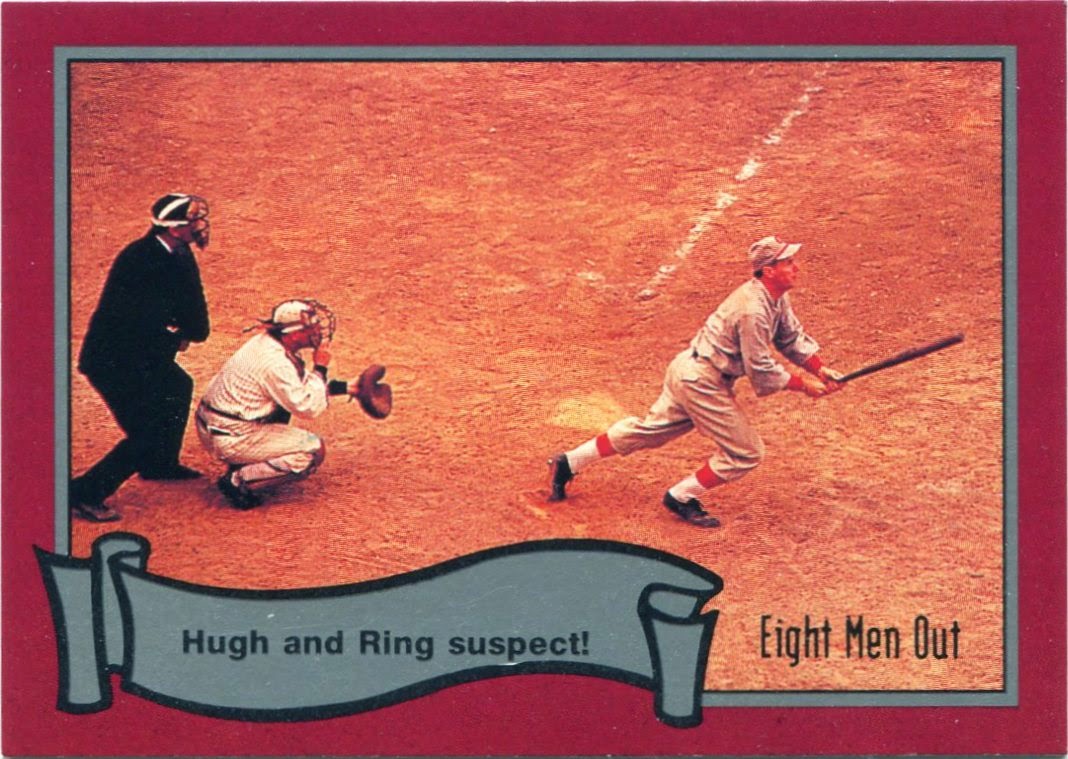 Unlike packs of Topps, there aren't odds listed on the back of these repacks.

If there were, though, these Eight Men Out cards would probably be about one per. I've pulled one out of the last few I've opened.

They're an added bonus to the already wonderful world of repacks.

A week or two after that repack, my dad helped me with an experiment I wanted to try.

We always seem to see these 100-card "jumbo" repacks on the shelves of the local Target, but I never actually pulled the trigger on one. I'm not exactly sure why.

I finally decided to get one a few weeks ago. If nothing else, I thought comparing the two different types of repacks would make for a nice little repack wars post.

These are actually a dollar more than the types of repacks I usually buy, which isn't a huge deal. It's a bargain no matter how you look at it.

Right off the bat, I was intrigued by the "Three Vintage Cards Inside!" ad.

Though that's usually code for "Three No-Namers from 1979 Topps Inside!"... 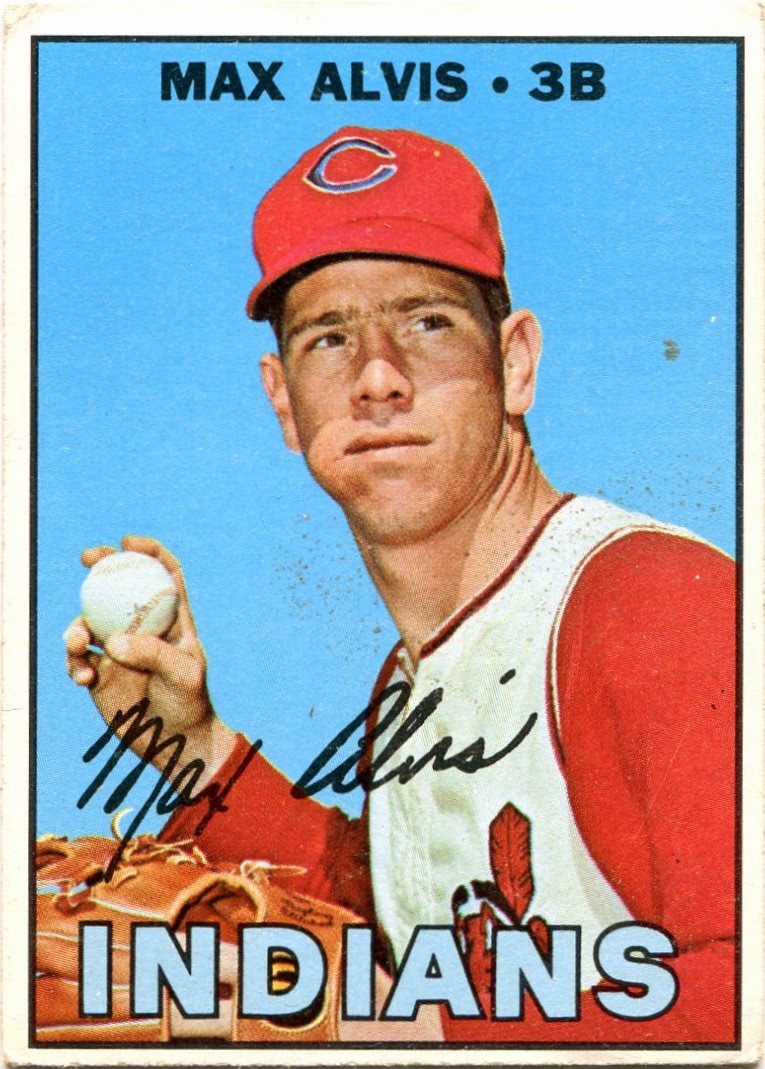 No, I can't say I've ever heard of Max Alvis, but it was sure a shock to pull a card from 1967 Topps out of a repack.

I've since shipped this one off to an Indians collector, but it got this jumbo pack off to a fast start. 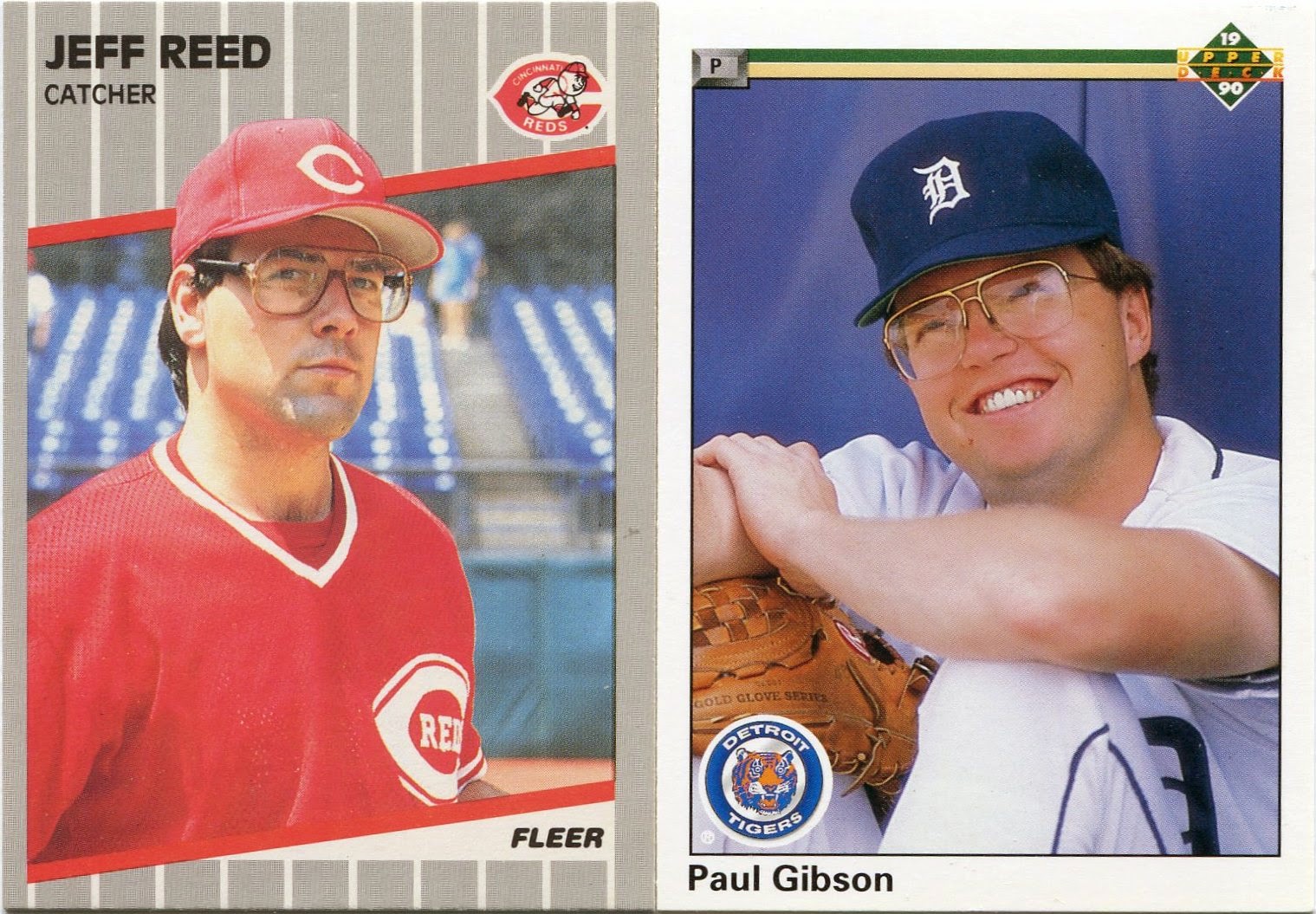 These two sure look like the latter to me. 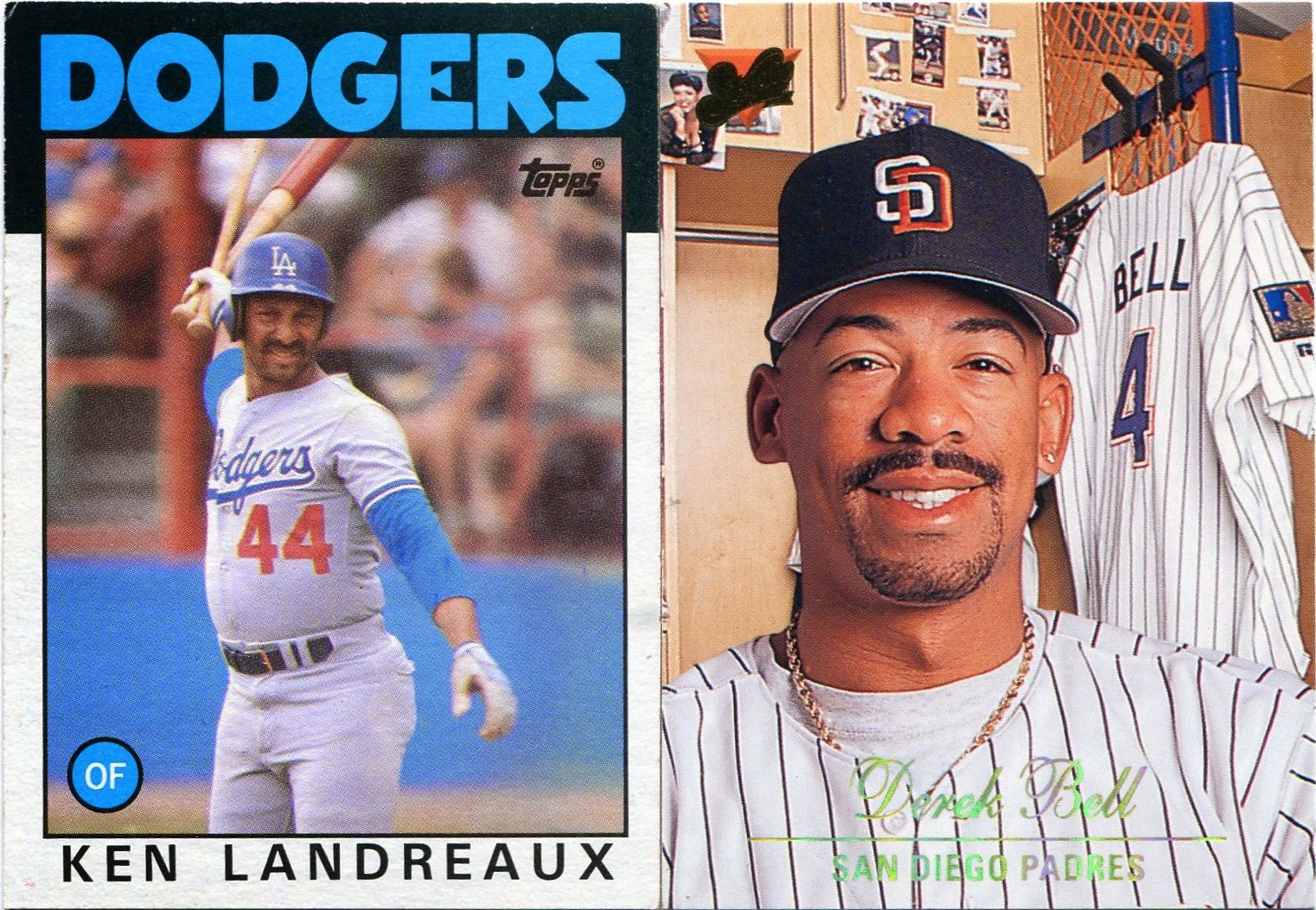 I seem to constantly be discovering great new cards from 1986 Topps.

It's one of those "late bloomer" sets that I like more and more with each passing day. A lot like Studio, in fact.

I wish I could find a box of early '90s Studio cards at a show one of these days. 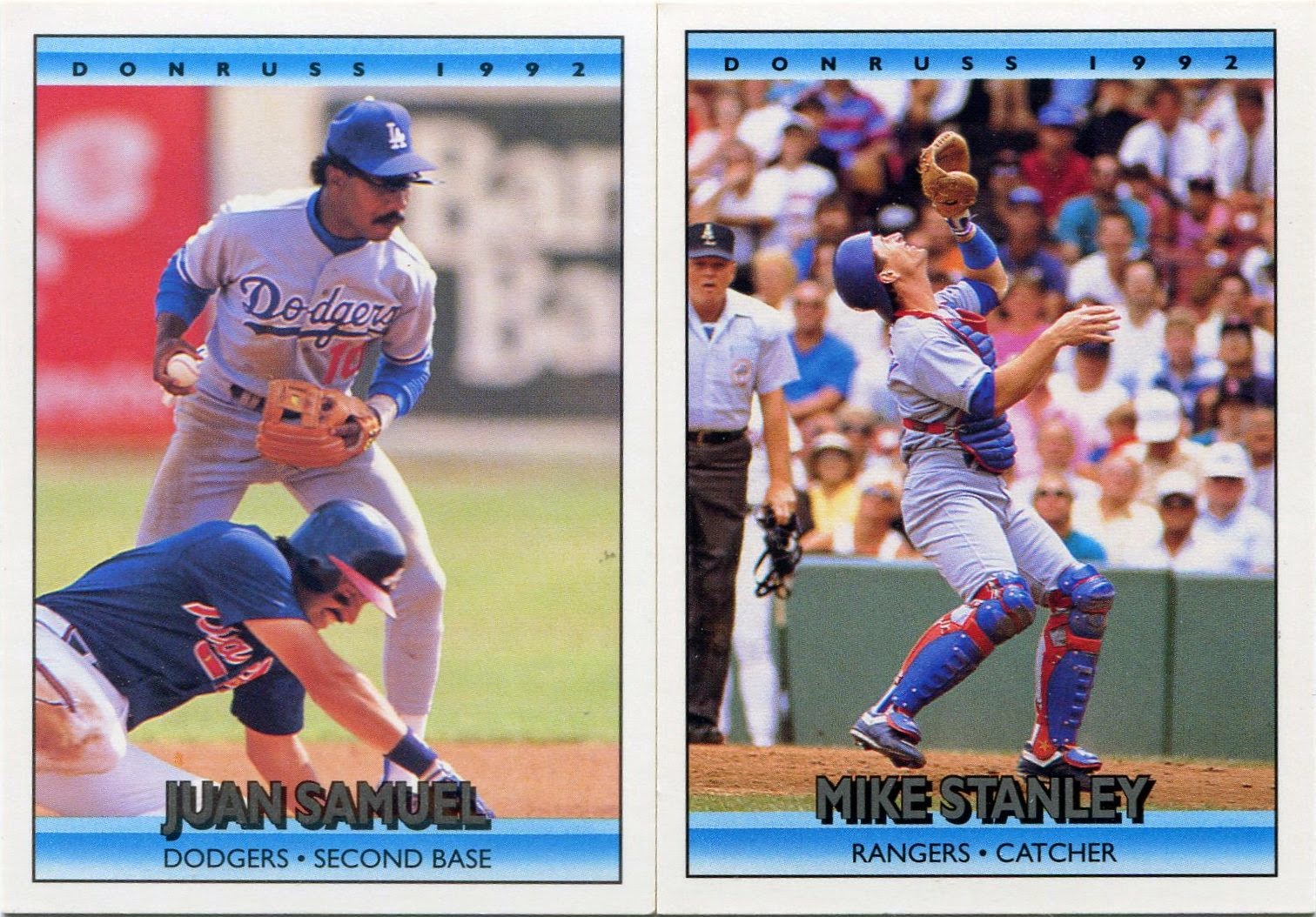 All in all, this particular "jumbo" repack was fairly dry.

I'm not sure whether I just picked a dud or if they're all like this. Either way, the repack gods just weren't on my side.

If nothing else, at least I found a couple neat shots from 1992 Donruss. 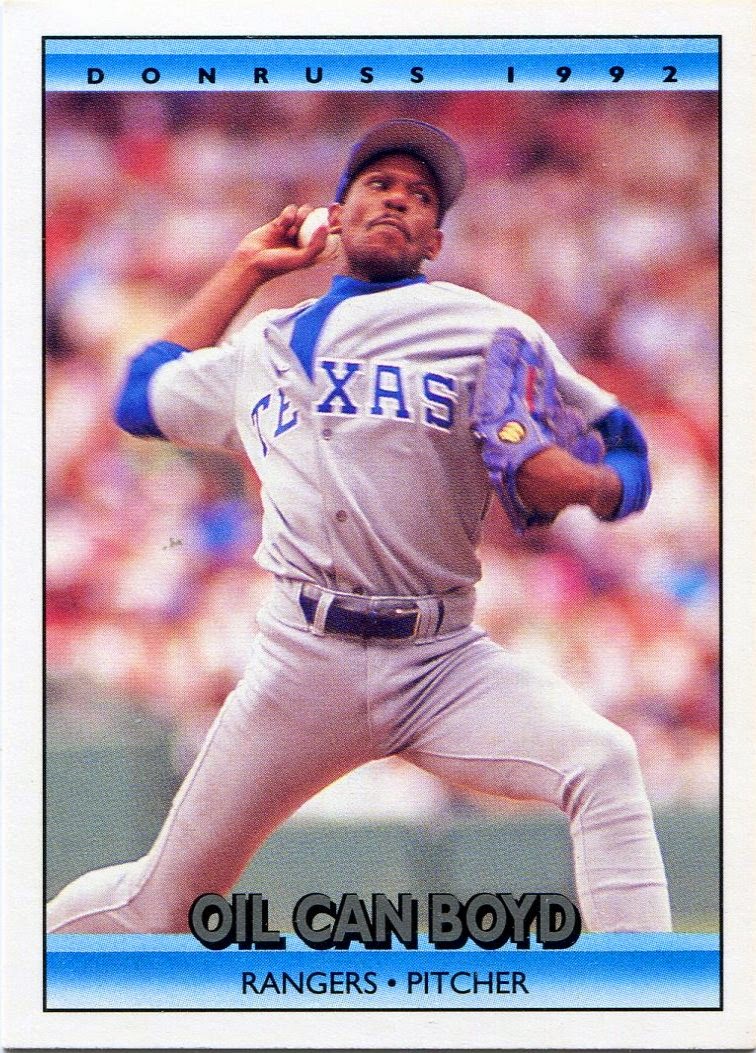 The king of this repack has to be the one you see above.

Companies were split on whether to list Mr. Boyd's name as Dennis or "Oil Can" on the front of his cards. Donruss, for the most part, went with "Oil Can". I think it's the better choice.

On top of that, this is actually a new find for my "sunset" collection.

The repack may have been a dud, but at least "Oil Can" sent it out with a bang.

Even with the help of "Oil Can", the window repack kicked the tar out of this jumbo one.

No matter what I pull, though, the joy of opening one of these things is worth the price of admission alone. My dad understands that.

While most people would be flabbergasted by how much enjoyment I get out of simple pieces of cardboard, he isn't. With repacks, rack packs, or whatever else, he's supported this hobby of mine through thick and thin.

Great 60s vintage, but I have you beat with the 1959 Harry Hanebrink that came out of one I busted about a month back.

I have seen 3 versions of the Target 100 card hanger repacks - 3 vintage, 5 rookies and 1 team set. The 3 vintage seem to be the best of the bunch in my experience. Usually I get late 70's cards, but I have pulled as early at a '66.

I picked up one of those clear plastic blister repacks recently and also pulled one Eight Men Out card - a very nice Shoeless Joe card. I wonder is the Major League cards will ever end up in such a place.

1992 Donruss has some great action shots as I've been learning in my research of that set.

And that Eight Men Out card looks like on of the earliest Tatooine cards out there. Must be from the prequel!

I buy these repacks fairly often, the oldest 'vintage' card I have ever pulled was from 1975. A '67 is a terrific pull.

NIce find. The only reason I know Max Alvis is because he is a University Of Texas alum. I am a huge Longhorns fan and recently acquired an autographed 1968 Topps of Mr. Alvis to reside in my "Former 'Horns" collection.

I really need to pick up some of these on my next trip to Target.