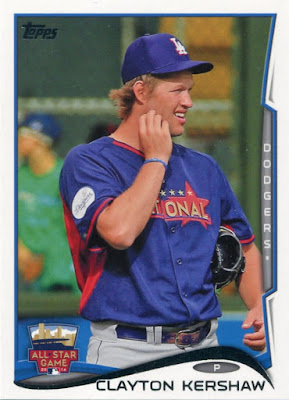 Squinted eyes, scratching a cheek, ugly blue jersey top, glove tucked under an arm, inactive as inactive can be?

This, Topps, is not what an All-Star should look like. No, no, no. All-Stars are our idols, our stars, and yet you made Clayton Kershaw, of all people, look like a regular Joe off the street. You'd never know the guy won three Cy Youngs.

I'm not the first blogger to say it (or the second, or the third, or the fourth, or the...), but I, too, have a lot of problems with the current state of All-Star cards in Topps Update, and I figure today is a good a day as any to address it.

Like so much of the hobby, there's a lot of potential for improvement. 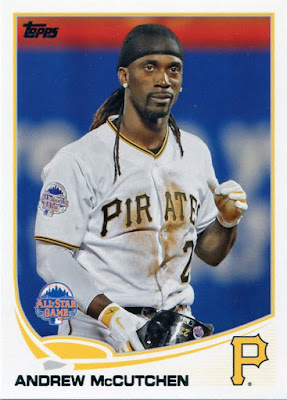 I guess my first problem with the cards has more to do with the All-Star Game itself.

There's just too many players in the Midsummer Classic these days. I read somewhere that about ten percent of active MLB'ers made the All-Star team this year. It may seem like a small number at first, but, when you stop and think about it, ten percent is way, way too much.

As a result, Topps Update is usually flooded with All-Star cards. The real stars like Andrew McCutchen often get lost in the shuffle with all the other "reserves" who probably shouldn't have made it in the first place.

But I guess MLB doesn't want another tie like they had in 2002...partly because the game matters now.

That's a whole other can of worms that I won't go into here. 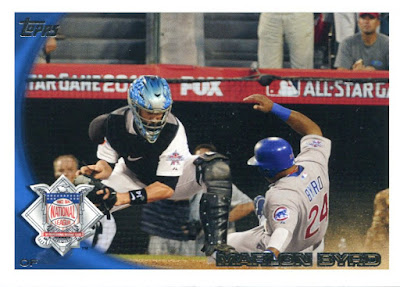 Okay, so maybe we'll have to come to grips with the 843-man All-Star rosters every year.

I get that Topps would want to feature every All-Star, because every All-Star does deserve a card. The question is...how can Topps make each and every one special?

My answer to this is simple. Use photos of the players playing in the All-Star Game. Very few of the All-Star cards seem to feature actual Midsummer Classic action. If the Kershaw is any indication, it's usually an overwhelming amount of pre-game inaction.

The action All-Stars are down to a precious few these days, which is a shame because cards like this Marlon Byrd seem to capture the true excitement of the event in a single frame. 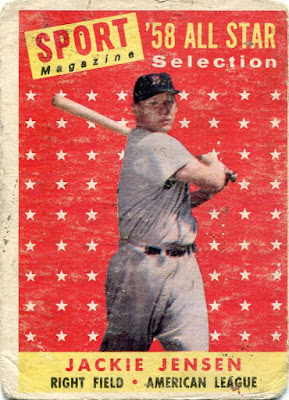 You want to feature all 843 guys with all boring inaction photos? Hmm. Well, I still might have a solution for you.

Change the design of the All-Star cards. When I open a pack of Update, I often have a hard time telling the All-Stars apart from the standard base cards. That's not right.

How about going back to the late '50s with the designs that practically scream I'M AN ALL-STAR AND YOU'RE NOT at you? 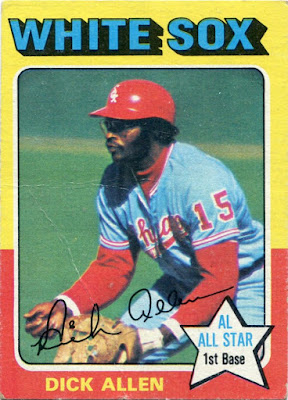 Even a flashback to the more stoic "star" designs of the '70s would be a fantastic addition.

Just make them stand out, dang it, because what Topps is doing now isn't cutting it. 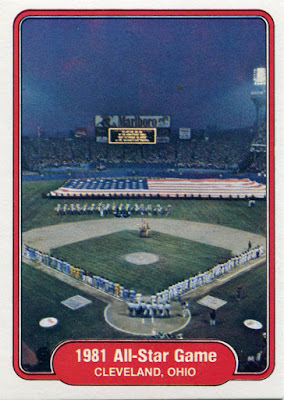 Finally, there should be a card like this every year.

Players on the baselines, American flag on the field, night sky on the horizon. This, my friends, is an All-Star card. You know it from the second you see it.

Take a page from Fleer, Topps. 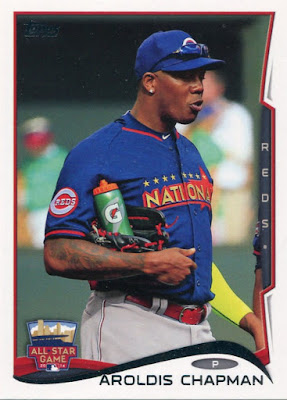 I ask you again.

Looks like an embellished advertisement for Gatorade to me, which isn't what I want my All-Star cards to be.

It's a grand disservice to the cherished event that is the MLB All-Star Game.

Yes. We onlookers romanticize and turn baseball players into larger than life figures, but in reality they're flawed humans with God-given abilities and their own insecurities and faults just like us. We must thank Topps for reminding us of that. Or I would if these ASG cards didn't take up over half of the update checklist.

I agree, the All-Star cards too often come across as a way to add quantity (but not quality) to the sets.

One other alternative that I would not be averse to... Going with the single All-Star card for each position in both leagues, like in the 1974 set.