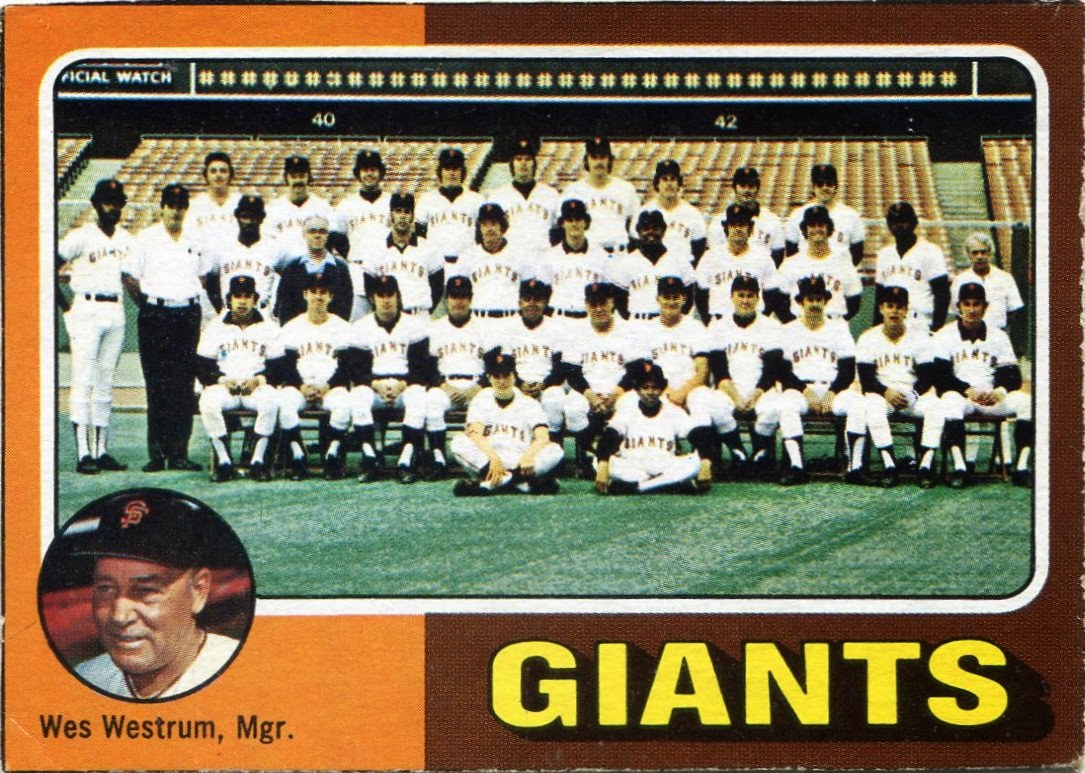 After featuring the (Devil) Rays and Diamondbacks in consecutive "Short Term Stops" posts, it's nice to present a team with a little more history behind them like the Giants.

That said, this particular roster is hurt a bit by pretty much the only steadfast rule I have with this series. In order for a player to qualify for his team's squad, I must own at least one card of him in said uniform.

The Giants are home to two of the most (un)memorable "Short Term Stops" tenures with Duke Snider and Warren Spahn. Trouble is, neither of them had cards issued in the black and orange (to my knowledge), which makes them ineligible for this post. But I thought they deserved mentioning anyways.

Thankfully, there are still a ton of short term Giants who did have cards issued with the franchise, so let's meet them. 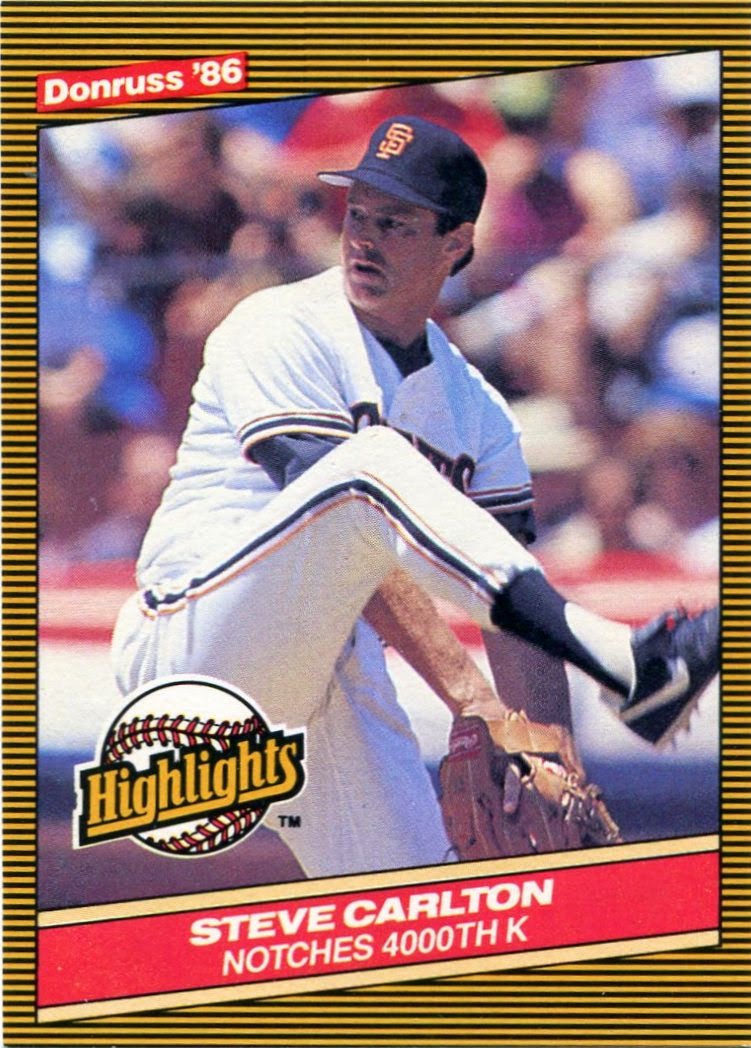 While he was one of the greatest pitchers in baseball history, Steve Carlton ended up playing for five teams during his final three years in the bigs.

He's the prime example of the guy who didn't quite know when to hang 'em up. With his career already in a tailspin, "Lefty" played for three teams in 1986 alone.

Sandwiched in between Carlton's stints with the Phillies and White Sox was a brief six-game tenure with the Giants. His 1-3 record and 5.10 ERA in those starts was forgettable, but "Lefty" just so happened to pick up his 4,000th career strikeout during those six games in San Francisco.

It was easily his only memorable feat as a Giant. 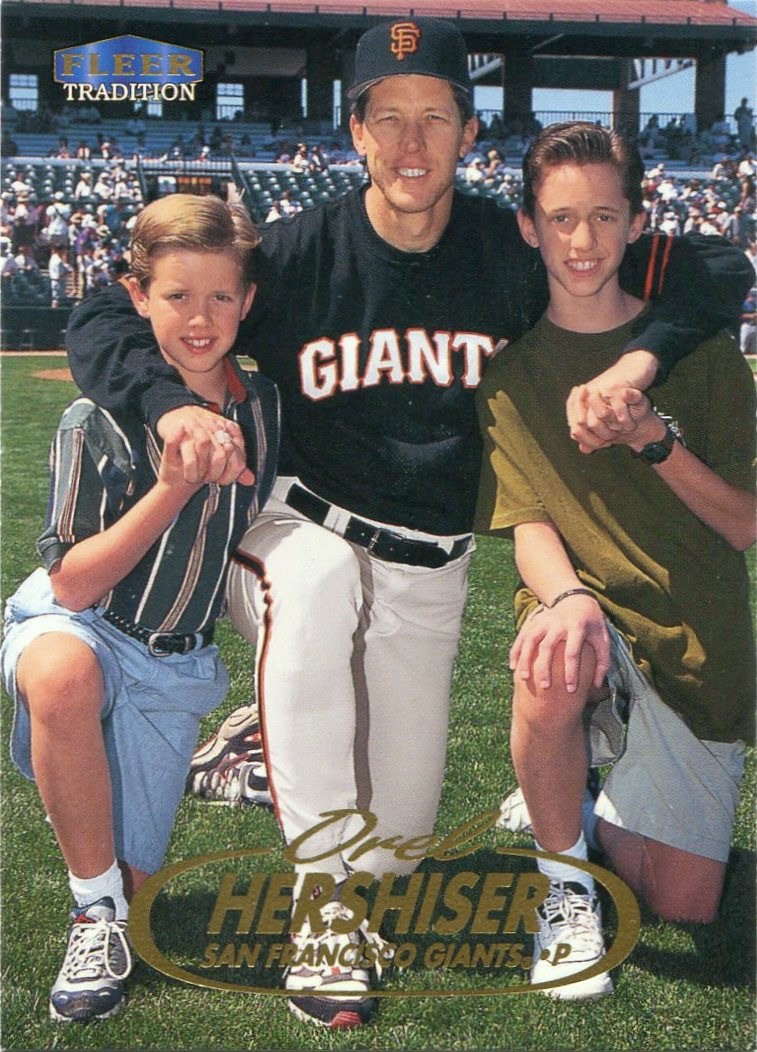 Playing for a rival is a quick way to get on one of my "Short Term Stops" rosters.

Jerseys seem so much more unfamiliar when a guy spent the bulk of his career playing for that team's hated opponent. Take Orel Hershiser, for instance. The fact that he spent so much of his career as a Dodger makes his one year with the Giants (complete with an 11-10 record and 4.41 ERA) seem downright strange.

If Hershiser was, say, a Mariner for the bulk of his career, I don't think he would've made this roster. But the orange and black sure seems a long ways away from the Dodger blue.

If nothing else, at least we got this gem of a card from Orel's tenure in San Francisco. 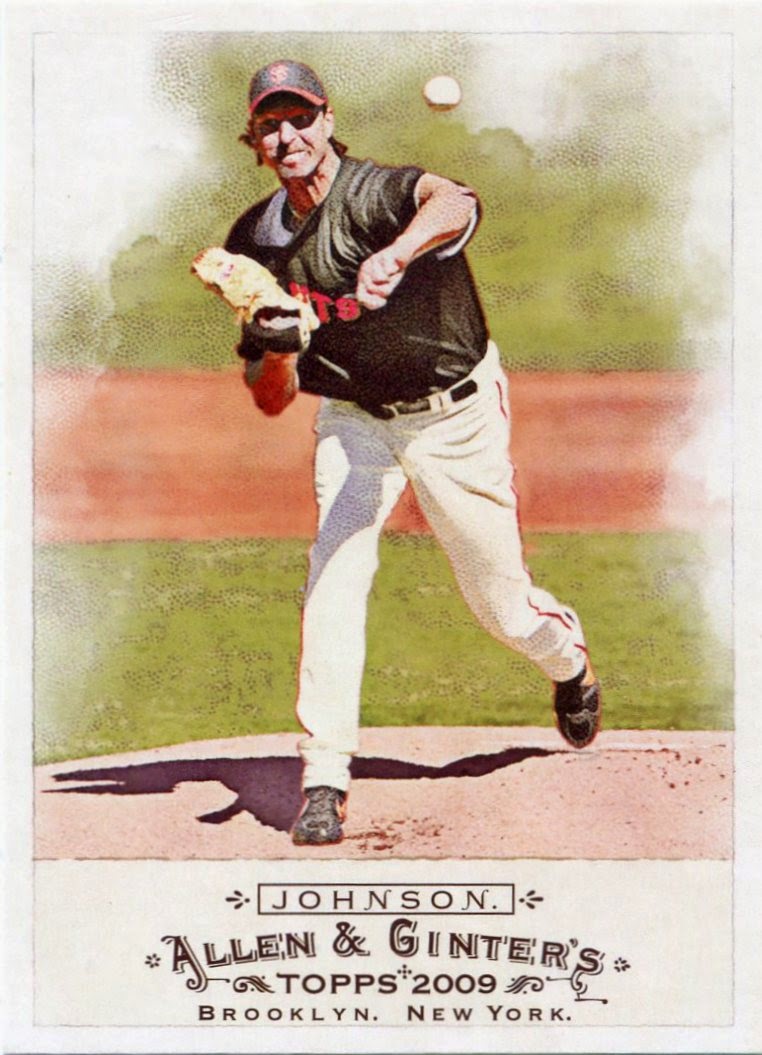 I already mentioned the unfamiliarity of Randy Johnson's tenure with the Giants in a past post.

Like Carlton, the Big Unit's time in San Francisco would've been all but forgotten had he not surpassed a notable benchmark with the club. Johnson collected his 300th career win as a Giant on June 4th of the 2009 season.

Even so, nothing will ever make Randy Johnson as a Giant look right to me. 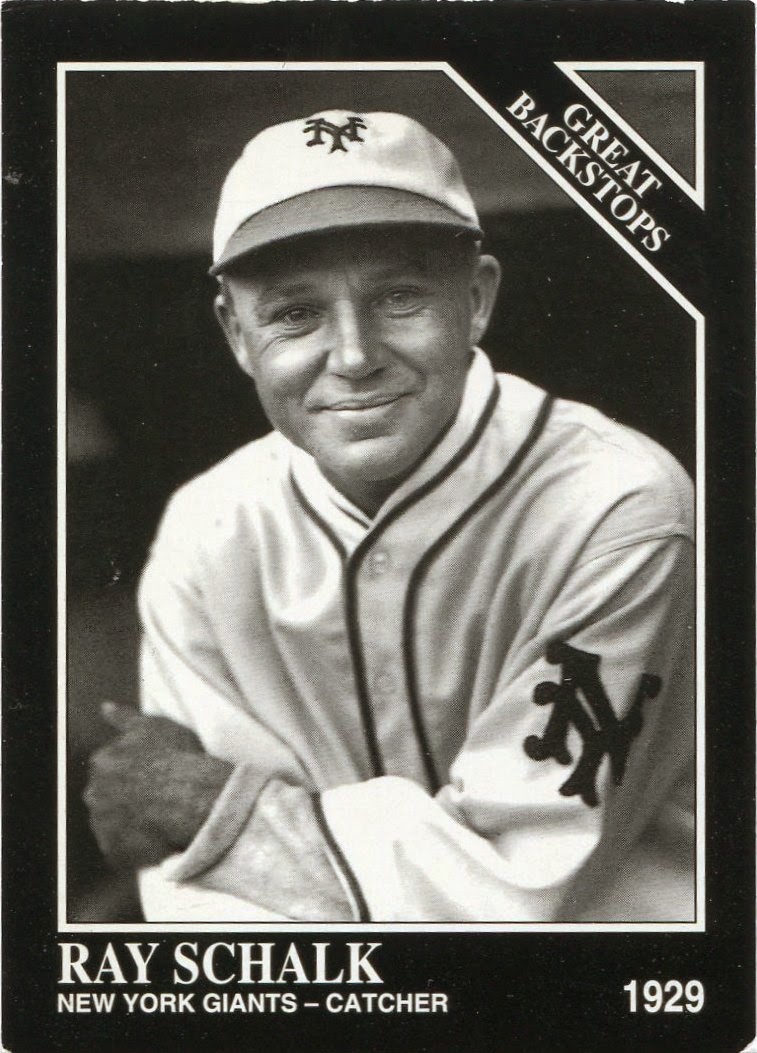 Let's take a ride in the way back machine for this nominee.

Frankly, I can't believe a card exists of Ray Schalk as a Giant. But, then again, there's good old Mr. Conlon for you.

For a long time, I only knew of Ray Schalk as one of the "Clean Sox" on the crooked 1919 White Sox roster. Only later did I find out that Schalk was one of the better backstops of his time and a Hall of Famer. (Although his inclusion in Cooperstown is questionable, at best.)

Like I said, I can't believe a card of him on the Giants even exists in the first place. 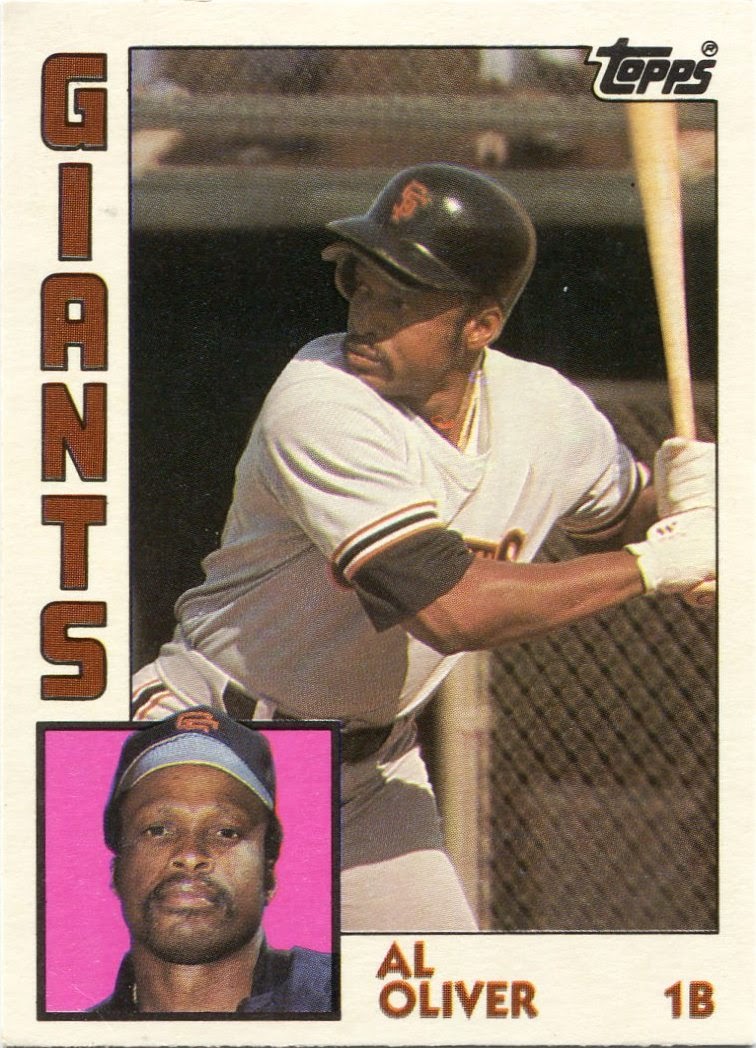 Like so many other players, Al Oliver jumped around a bit during his final years in the majors.

"Scoop" ended up suiting up for four different franchises during his final two seasons. After hitting .298 in 91 games in San Francisco, the Giants dealt him to the Phillies in August of '84. He'd finish his career with the Dodgers and Blue Jays the following season.

Oliver has always been one of my all-time favorite ballplayers, and I can't tell you how excited I was when I found this particular card in a flea market dime box a few years ago.

I didn't even know he was a Giant until it fell into my lap. 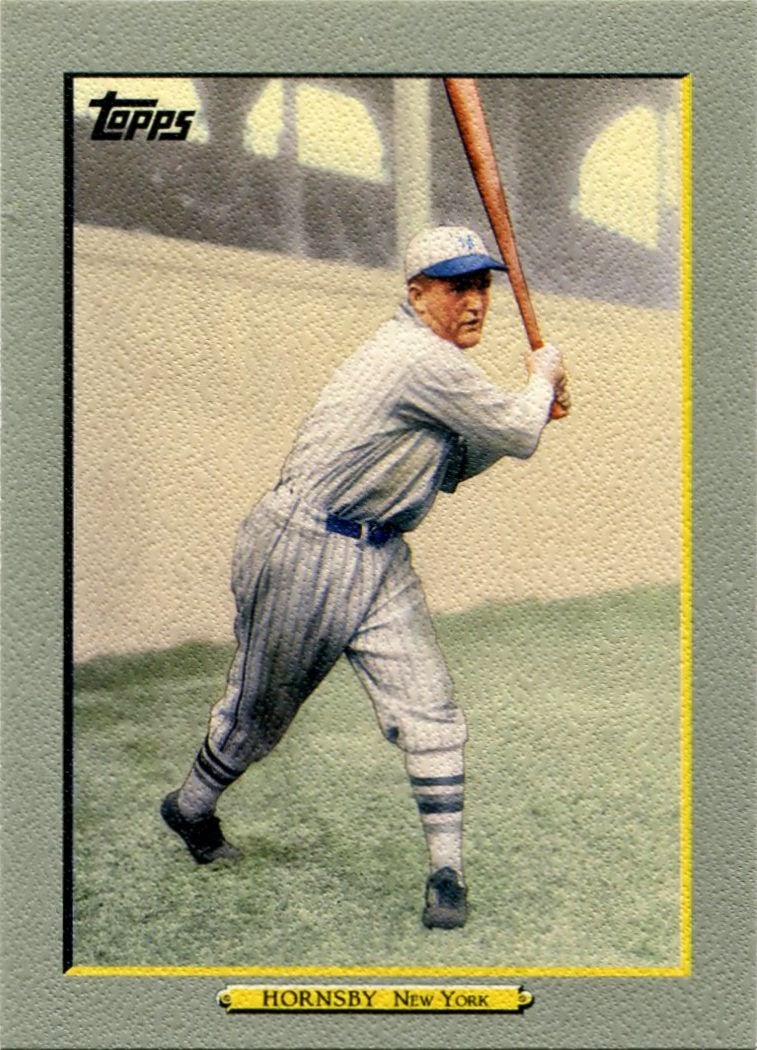 Although you don't hear too much about him these days, Roger Hornsby's .358 career average is second only to Ty Cobb's .366 clip.

His lone season in New York has to be among the best short term stops in history. "Rajah" hit .361 with 26 homers and 125 RBI with the 1927 Giants, good for third in the MVP voting that year.

I can't help but wonder why the Giants didn't keep him around. 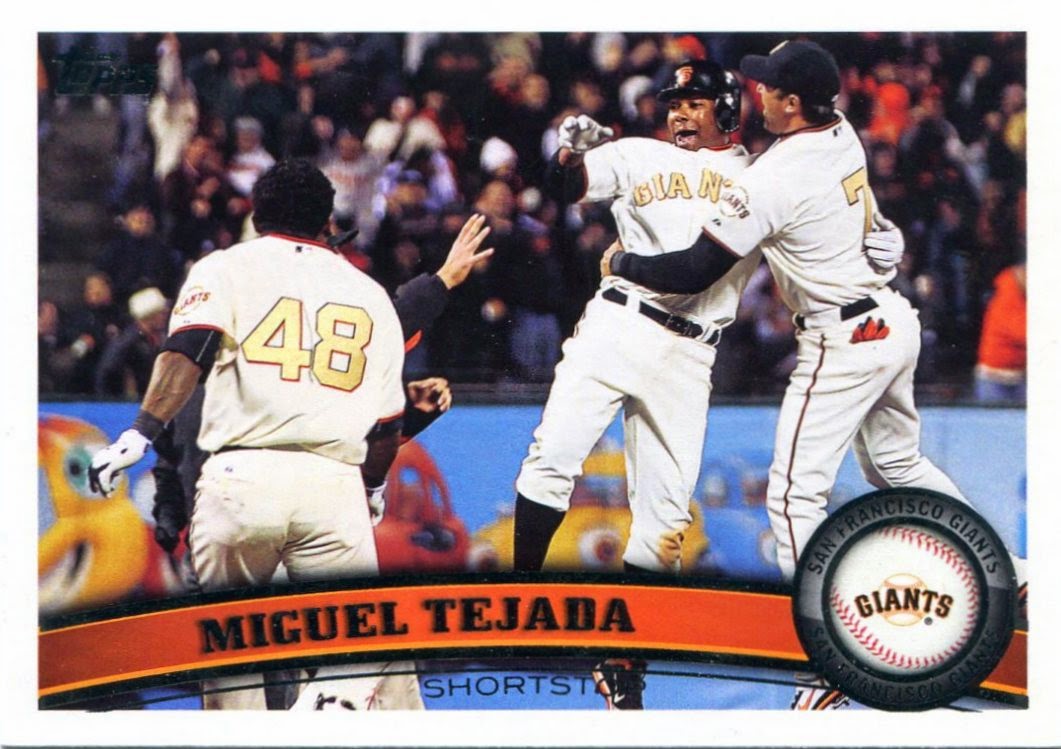 This card is probably my favorite memory of Miguel Tejada as a Giant.

I don't know if there's a happier piece of cardboard out there. Guys jumping, running, smiling, grabbing...the Giants were a happy ballclub that night. Tejada's tenure in San Francisco wasn't as thrilling, considering he hit just .239 with four homers in his 91 games there. 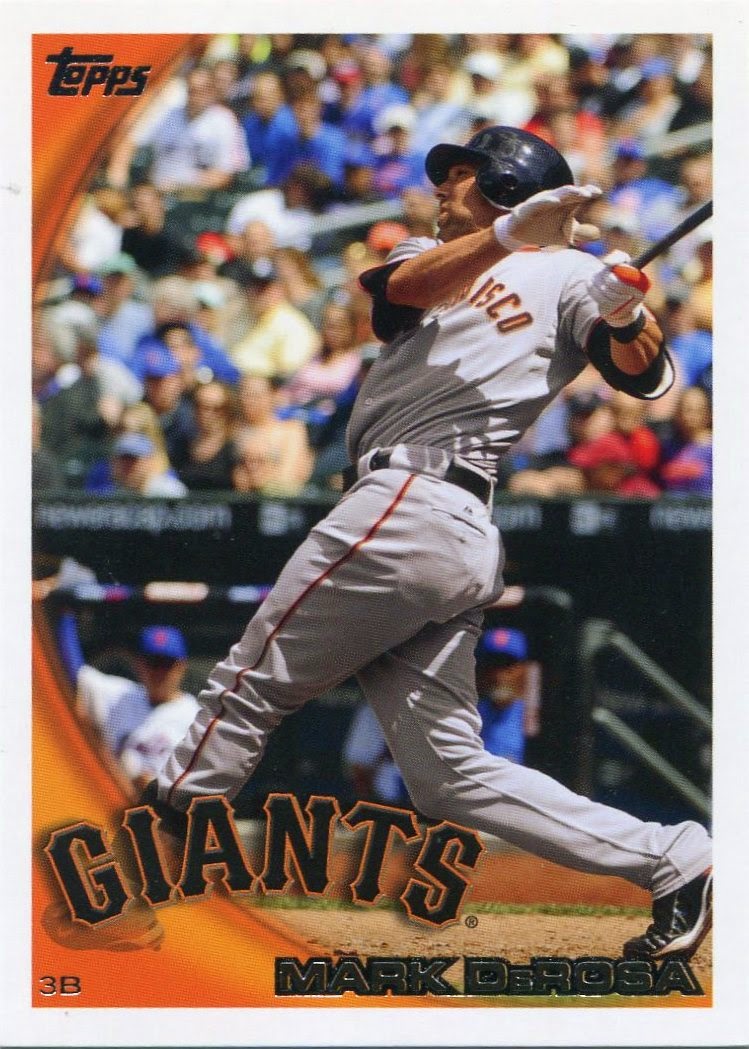 I didn't have a great nominee for the third base slot on this roster, so DeRosa gets the nod by default.

I guess it's fitting, since he makes a cameo on the aforementioned Miguel Tejada card. My memories of DeRosa extend back to his Cubs days, and I recall thinking how stupid my Cubbies were for trading him away.

As it turned out, DeRosa would be plagued by injuries after he left Chicago. He played in just 73 games during two shortened seasons with the Giants.

For once, the Cubs proved me wrong. 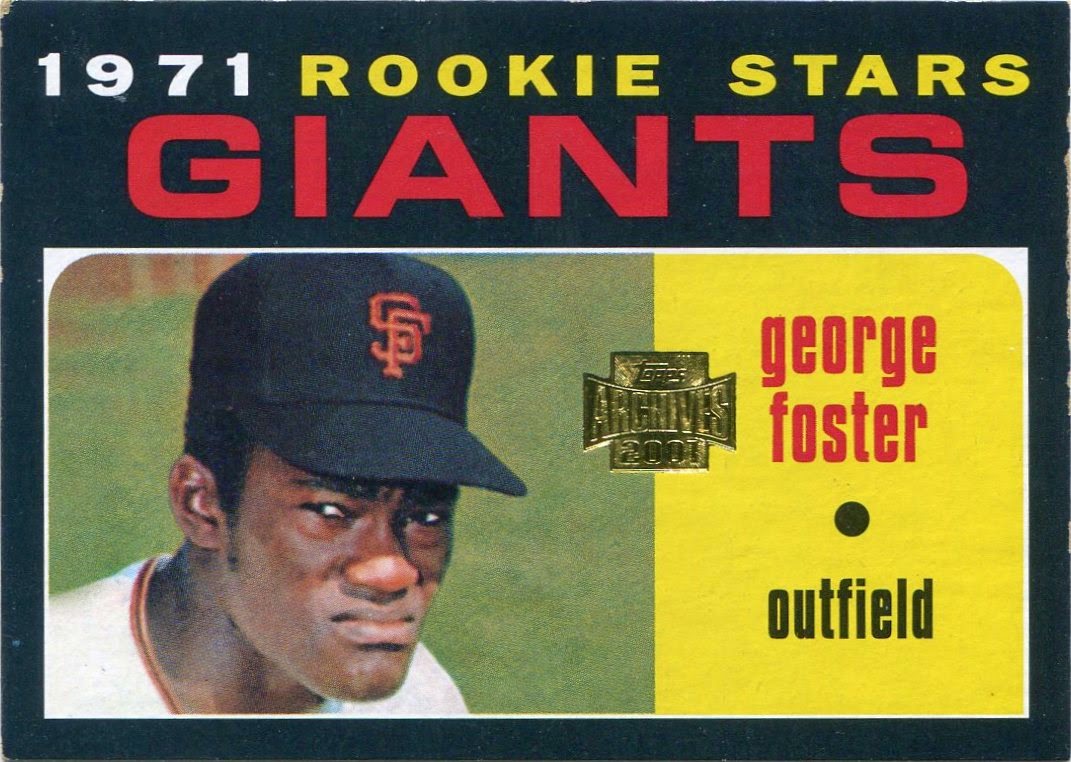 Although George Foster had three separate cups of coffee with the Giants, I felt the sheer unfamiliarity of him in the orange and black still made him eligible for this squad.

He'd hit just one of his 348 career homers in San Francisco (in 1970) before being dealt to the Reds midway through the '71 season. I'm pretty sure this is the only card ever issued of Foster with the Giants.

I know other people don't like it as much, but I enjoyed the fact that 2001 Archives made single cards out of some of Topps's vintage multi-player rookies.

I wouldn't have any cards of George Foster as a Giant otherwise. 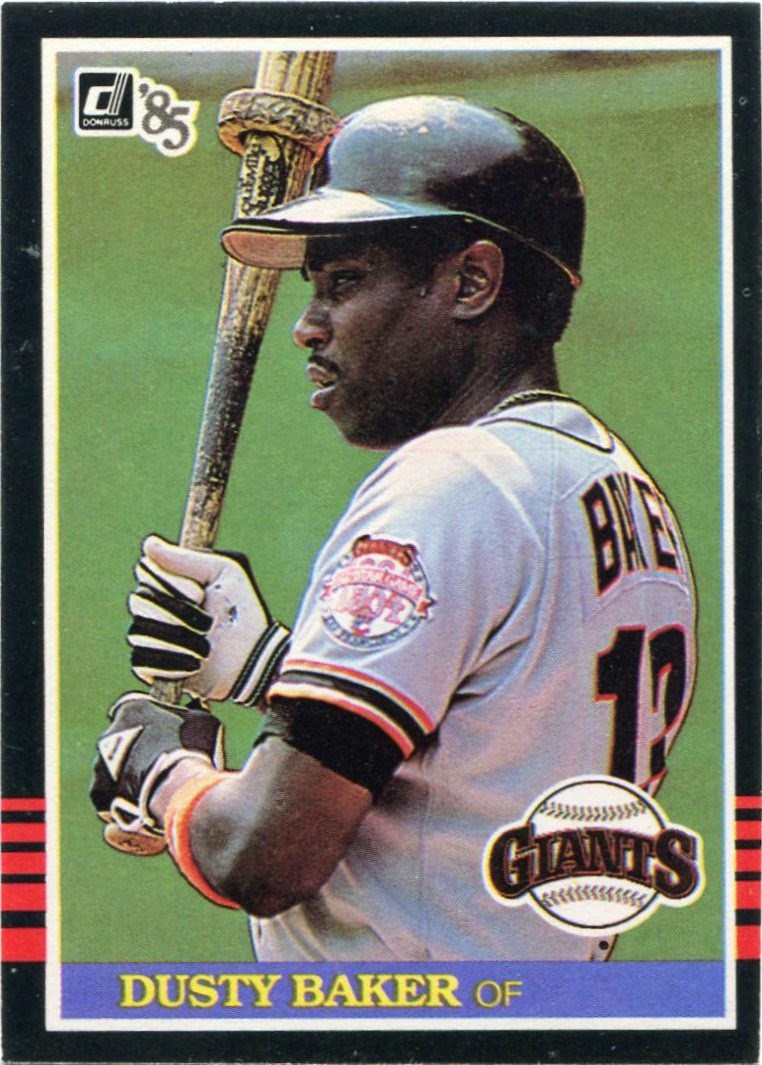 Like Orel Hershiser, I think the fact that Dusty Baker was a well-established Dodger earned him a place on this roster.

Dusty hit .292 with three homers during his only season in San Francisco before finishing up his career with two equally unfamiliar years in Oakland.

I know Baker had some good years with the Braves in the '70s, but he'll always be a Dodger to me. 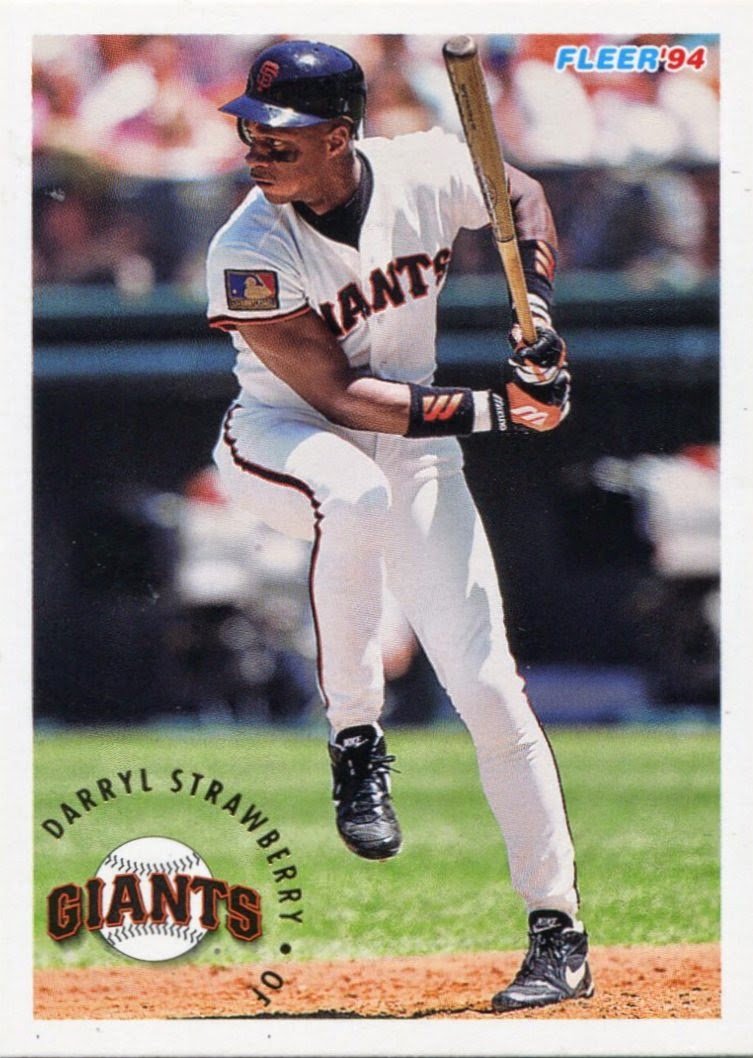 Like so many of my other "Short Term Stops" nominees, I first learned of Darryl Strawberry's tenure as a Giant through his cardboard.

I found this particular card in a dime binder (yes, binder) at a card shop that I used to frequent during my high school years. (The shop has long since closed its doors now, sadly.)

Strawberry spent a single injury-riddled season with the Giants during the strike-shortened 1994 season. He hit just .239 with four homers during his 29 games in San Francisco.

Like everyone else, I'm sure Mr. Strawberry would like to forget that he was ever a Giant.

With a total of four Hall of Famers on the roster, I think the Giants' "Short Term Stops" squad might be the most star-studded one we've seen yet.

We'll have to see if any other teams will be able to challenge them down the road.
Posted by Nick at 6:18 PM

Great stuff! I think that's the first time I've ever seen Carlton as a Giant.

Dusty is totally a Giant to me, though, but from his manager days.

I enjoyed your post, very nice picks and I don't think you left anyone out that I would have included.

A quick scan of my Giants checklist shows Foster only showing up on his 1971 Topps and OPC rookies, the Foster card you have, an auto version of the card you have and a 2003 Topps Shoebox card - all basically different versions of the same card. I need to see if I can track down the auto card for my collection!

It comes from an all-Snider set from 1983. He's a more iconic Dodger than Dusty Baker and played fewer games for the Giants than he did, so there you go.