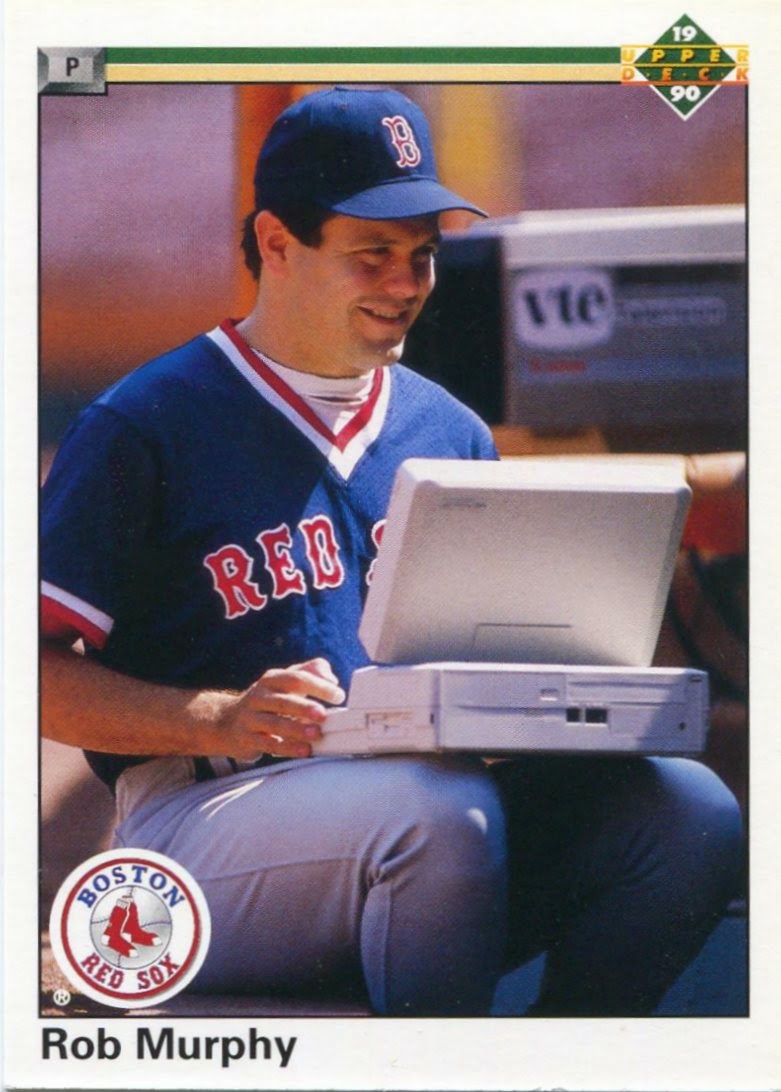 We have ourselves a good old-fashioned tie.

Last week's frankenset page saw a fierce battle between Rob Murphy (and his trusty laptop) and the action-packed Tom Griffin. Murphy held an early lead, but a late surge by Griffin forced a tie. Both are deadlocked at 15 votes a piece. (For what it's worth, I voted for Murphy.)

As has been the tiebreaker protocol thus far, I ask the first three people who care to comment on this post to leave their choice between Murphy and Griffin. The first card to receive two of those three tie-breaking votes will take the crown.

I'll update this post once the deadlock is broken. 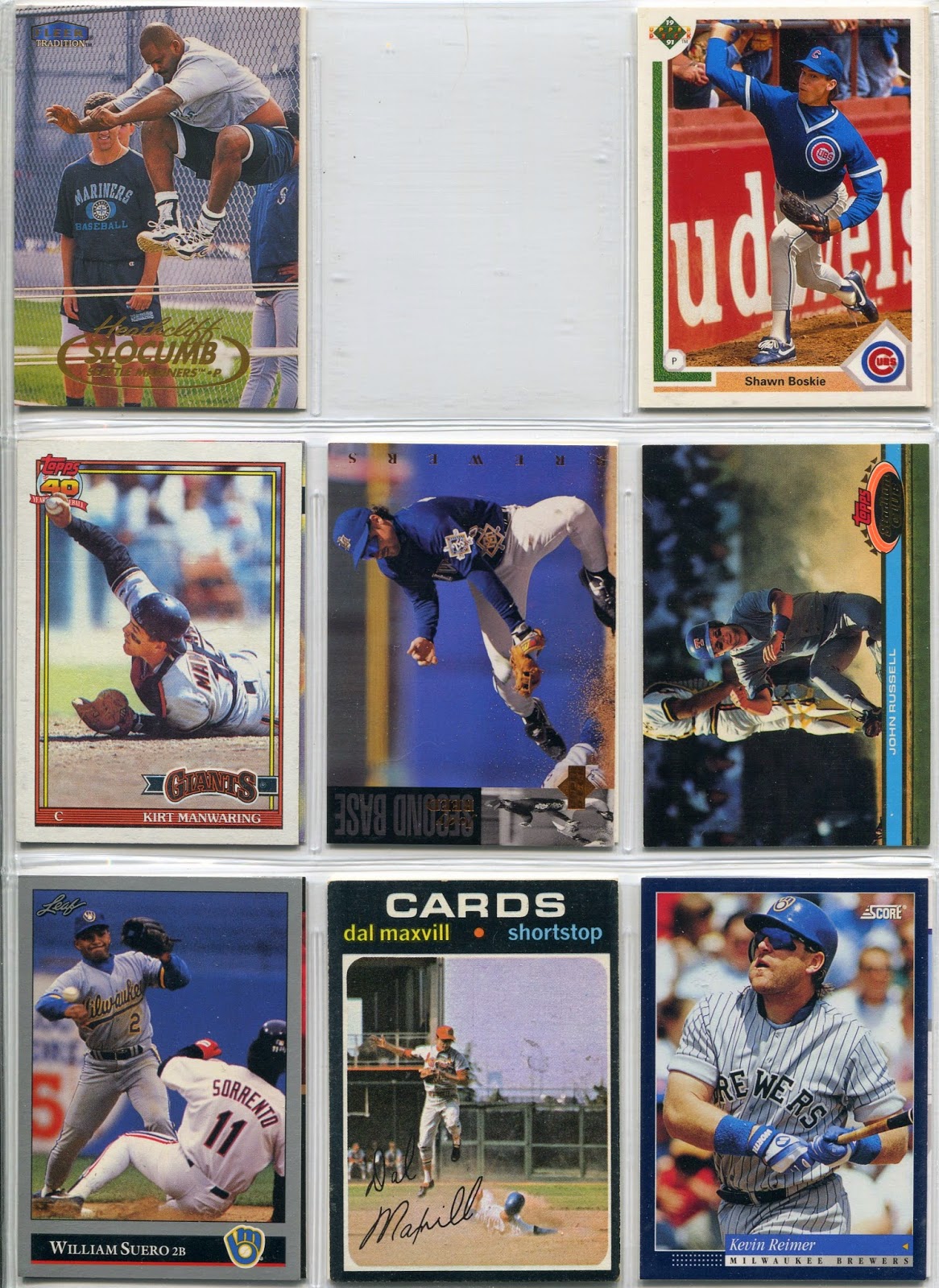 On that note, let's jump into our next frankenset page.

We're back to eight nominees this week, as I still haven't found a worthy member to occupy the #470 slot.

Let's take a look at the contestants. 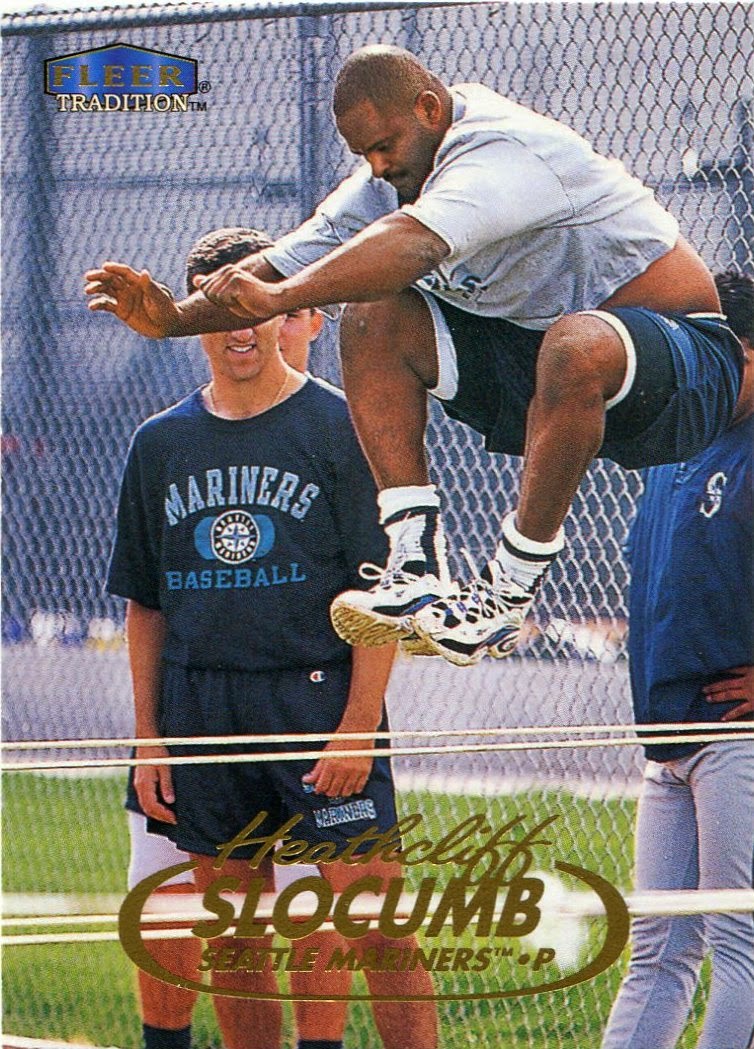 Showing off the hops at Spring Training. 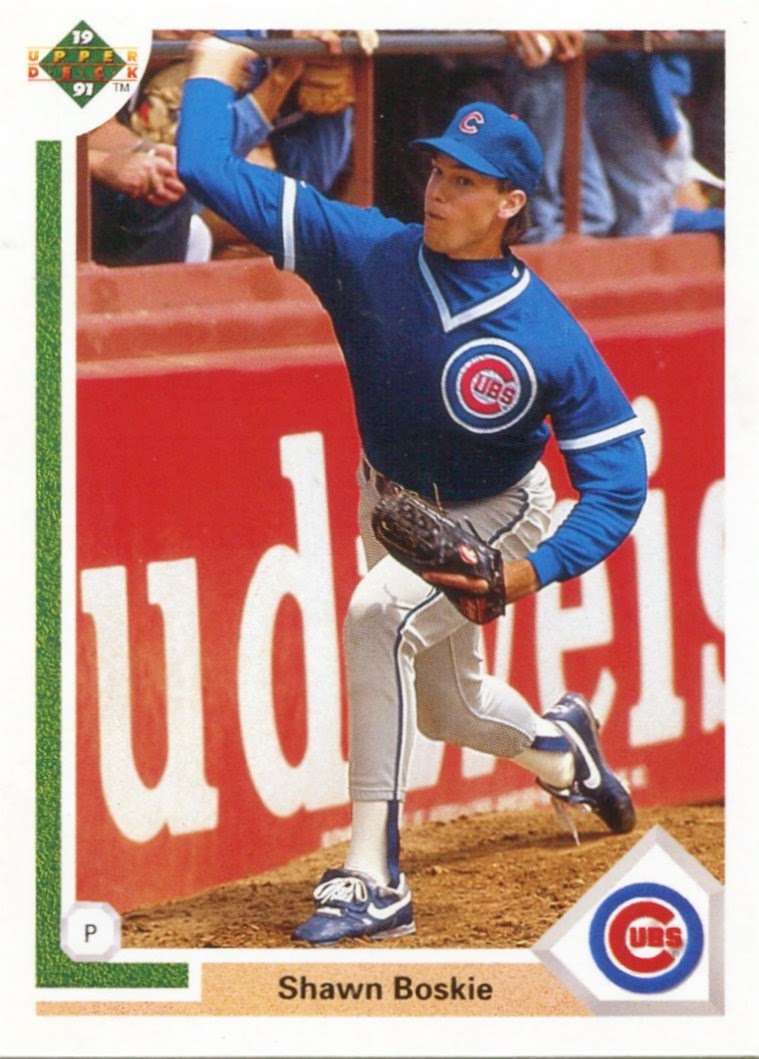 This Bud's for you. 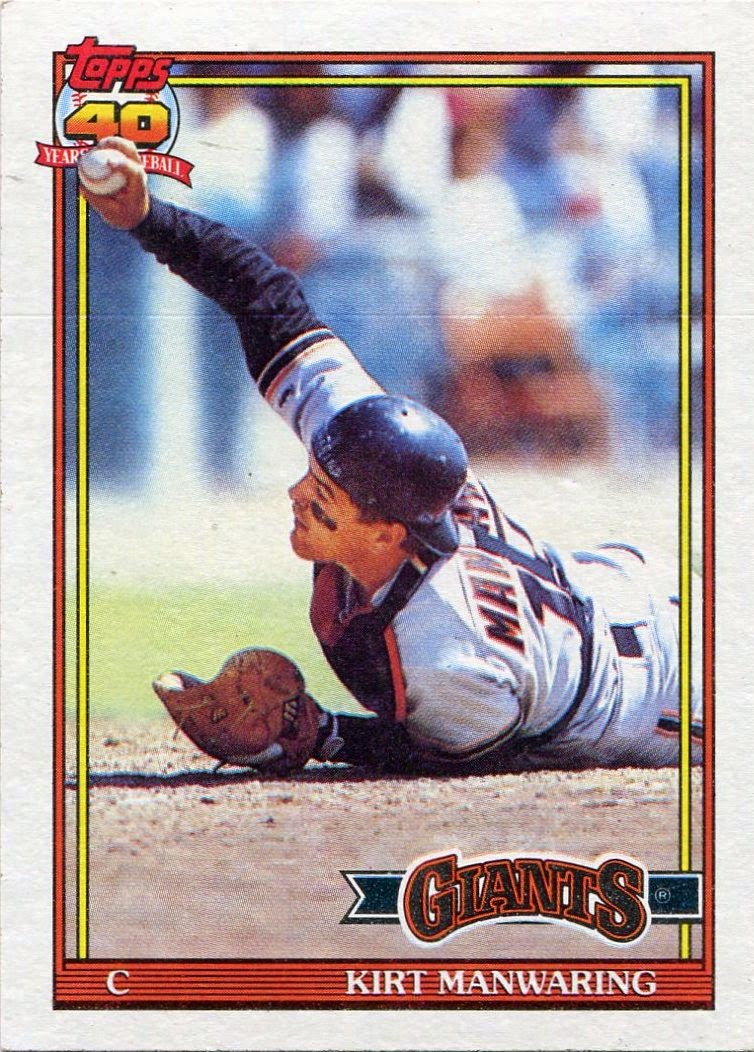 Another awesome appearance from Kirt Manwaring, the likely MVP of this frankenset. 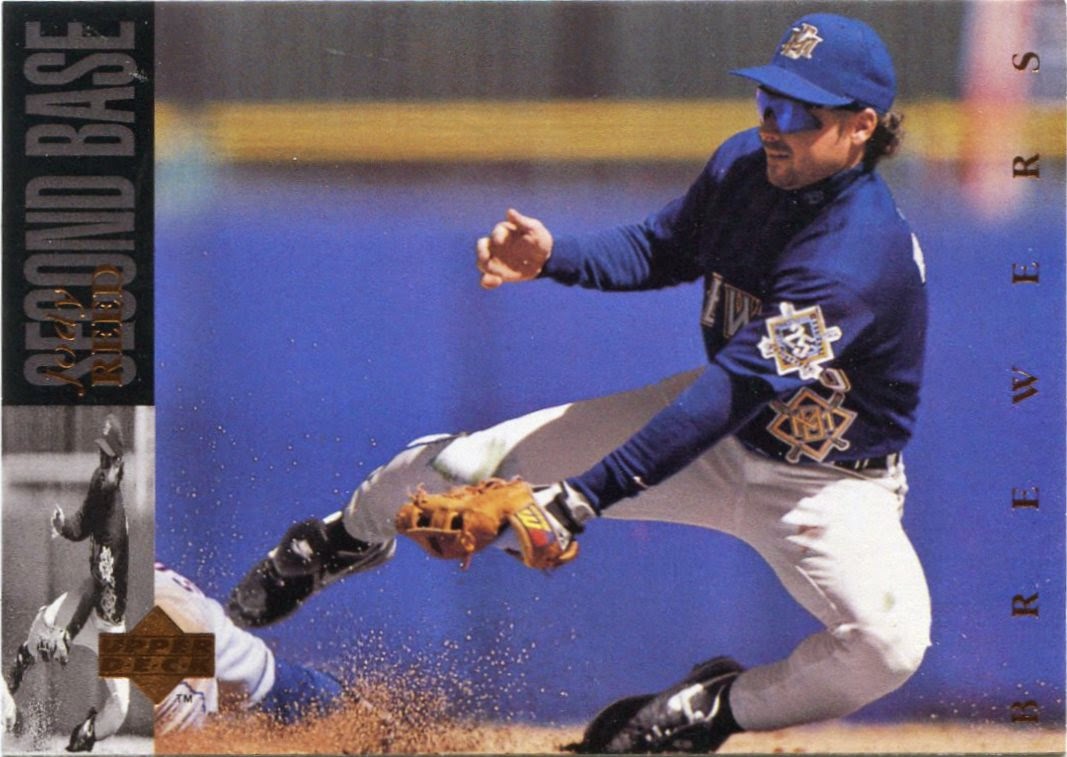 Not the biggest fan of the 1994 UD design, but there sure are a lot of nice horizontals in this set. 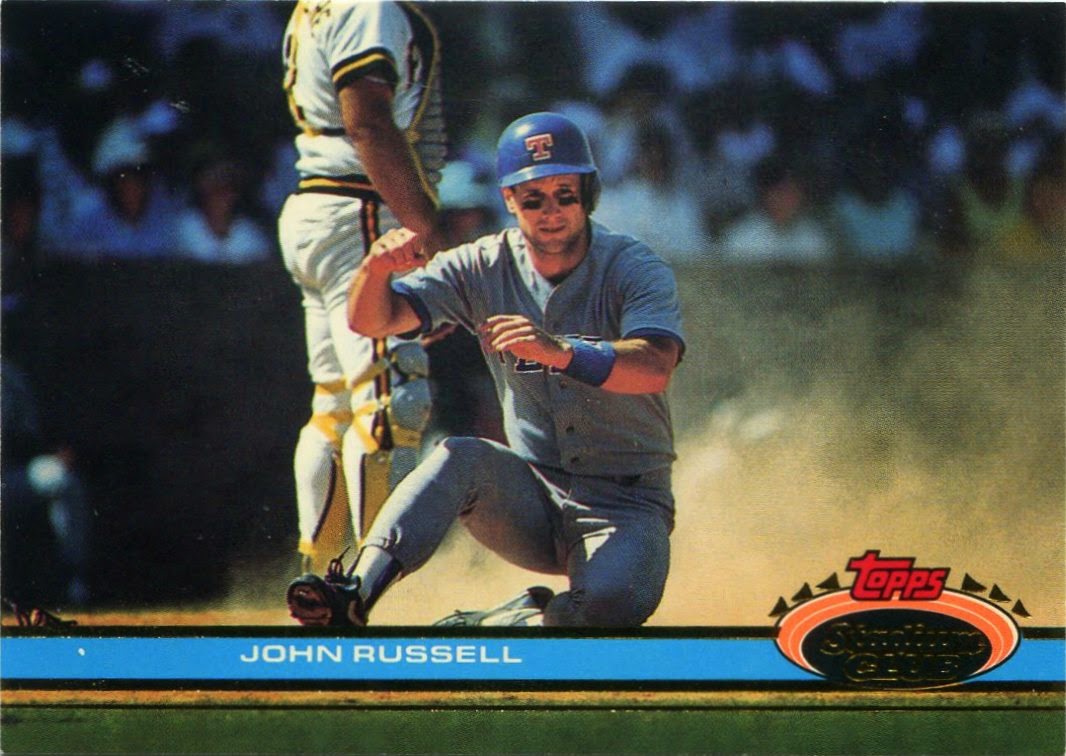 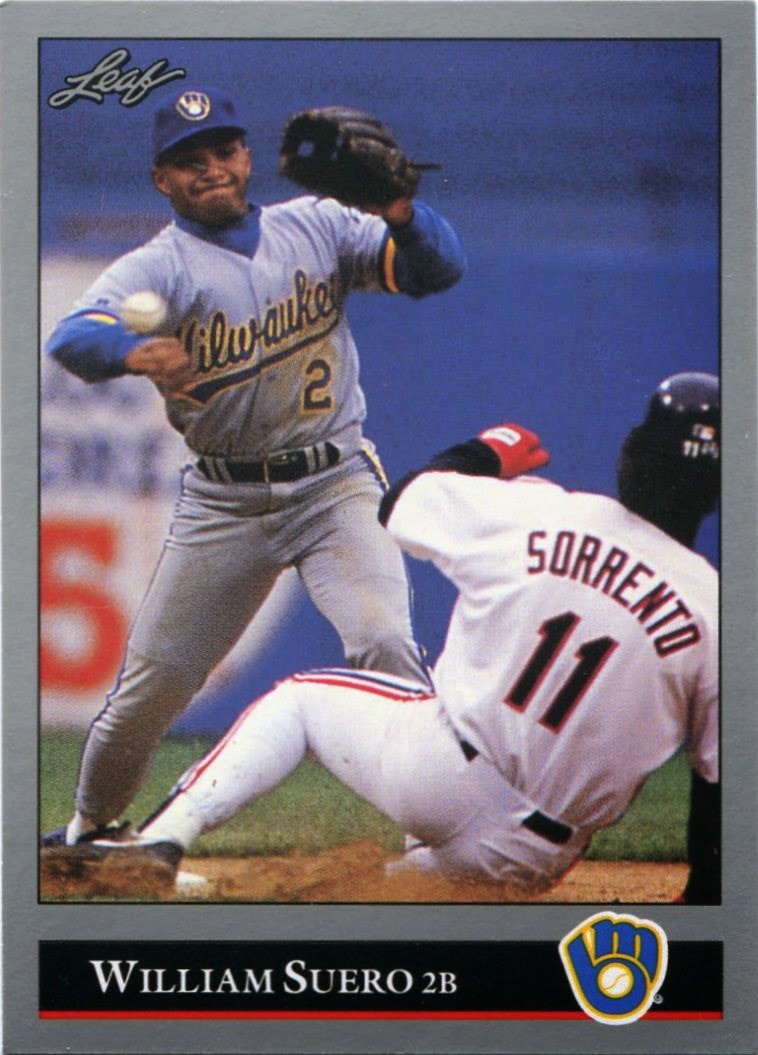 A fantastic double dip for a guy who played in just 33 big league games. 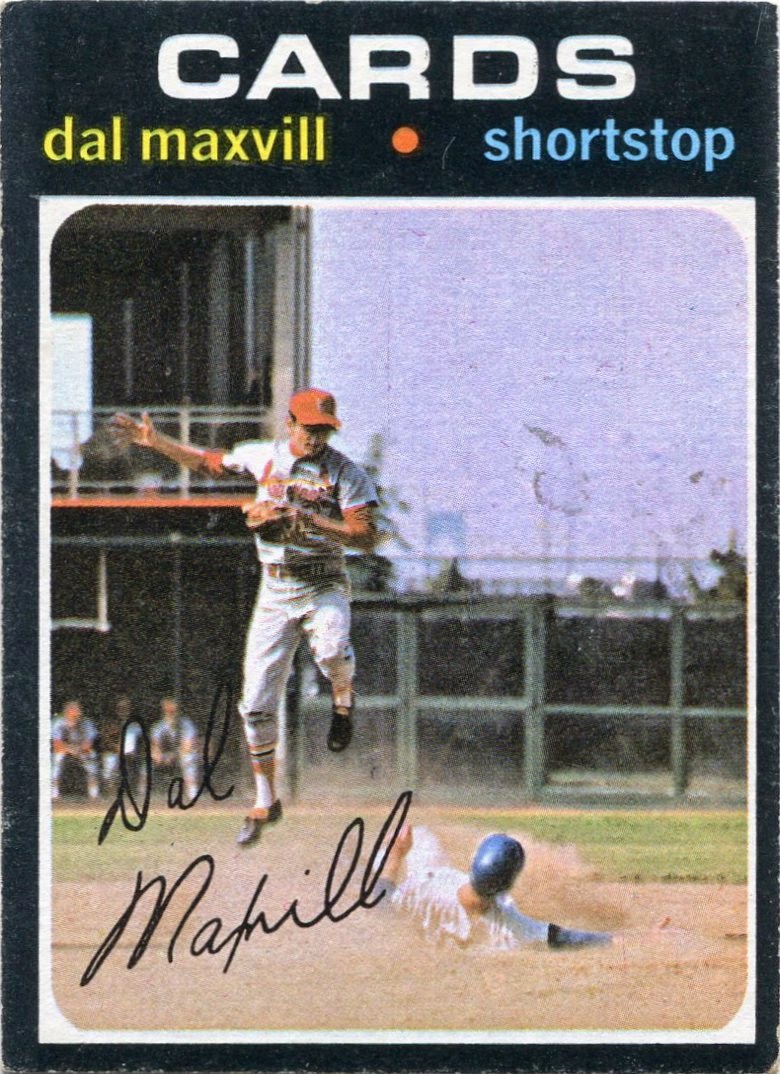 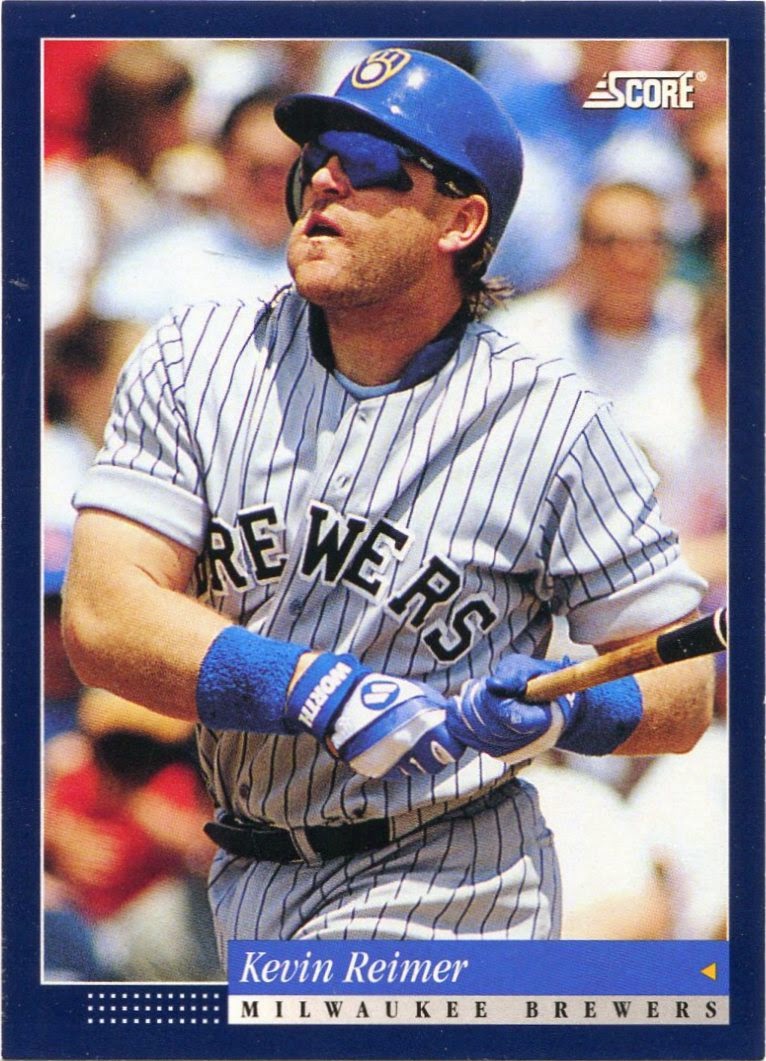 This week's page closes with a prime example of the faux-back.

The polls are now on the sidebar, and remember to help break last week's tie!

First comment. I'm picking Murphy. Red Sox card and I have spotlighted this card on my own blog. I love it.

Who will break the tie, as I am going with Griffin.

I'll do it! Murphy wins!

I'm a bit late for the tiebreaker, but I would've gone Murphy as well.

This last batch was a tough choice between Manwaring and Maxvill... Maxvill is cool, but I've loved that Manwaring card since '91 so he gets my love.

I love that most of these awesome cards from your Frankenset are from the so called "junk wax" period. Tons of awesome cards out there!

That Slocumb card is fabulous! But, I really like the vintage double dip. Coin flip on this one.